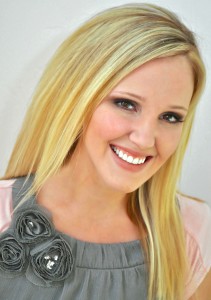 At a very young age, Kara started planning birthday parties for her family & friends. Always planning a party in her head, Kara started KPI in January of 2009, as a creative outlet & place to showcase all of her many events. After only a few months, Kara’s followings & fans were soaring. Her creative mind, attention to detail & love for party styling became evident as her site grew quickly with clicks & viewers from across the globe.

Recently branded as the ‘new’ Martha Stewart of the party world, Kara is recognized for her incredible capacity to think outside the box. Kara’s amazing attention to detail and unique sense of style have rocketed KarasPartyIdeas.com into one of the top party planning sites in the world.

Kara released her book, Kara’s Party Ideas in 2012. The book topped the charts and reached #11 on Amazon within 24 hours. The Kara’s Party Ideas shop also launched in 2012, which stocks hundreds of party supplies that are shipped all over the world.

Kara’s Party Ideas dot com is a huge online resource for millions of party ideas, recipes, tips, tutorials, thousands of party supplies and more. Its purpose is to inspire and help those who are planning parties and special occasions around the world from start to finish. On a daily basis, Kara showcases her favorites of the hundreds of party submissions she receives each month in addition to featuring her own fabulous events and recipes. 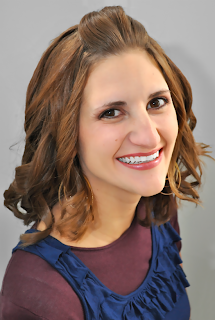 Amber joined Kara’s team in 2011 after the workload, emails & hours required to keep Kara’s Party Ideas running got to be too much for one person to handle alone. Amber’s impeccable attention to detail, amazing organization skills & excellent computer knowledge won her the spot at Kara’s side. Amber handles many emails, calls, submissions, questions & whatever else Kara puts in front of her…which yes, includes late night texts & phone calls asking for her help. What would Kara do without this amazing girl?!

Kim joined the team in 2013, though she and Kara have been on the same team for their whole lives because Kim and Kara are sisters! Kim is the genius behind getting all the photos and vendor info uploaded into the blog and ready to go! Who knew how time consuming this could be?? She really makes Kara’s job so much easier!

Mandy recently joined the team in 2015 and she loves interacting with all of you as she manages comments, Pinterest, and the SEO facet of our party planning family. If you have ideas on how to make your experience at Kara’s Party Ideas better, please don’t hesitate to contact her!

Kelli joined the team in 2014 and she is the Ethel to Kara’s Lucy. Kelli is always up for a party styling adventure, even if that means wearing flip flops while traipsing about the Christmas tree lot setting up a photo shoot. Kelli brings a whole heap of creative genuis and lots of Diet Coke and cupcakes, and we are glad to have her on the team!

Ben is the most loved member of the Kara’s Party Ideas–at least when it comes to Kara–because he is her partner in crime, her biggest supporter, her main squeeze. Ben is also the advertising manager for all of the amazing supporters of Kara’s Party Ideas.