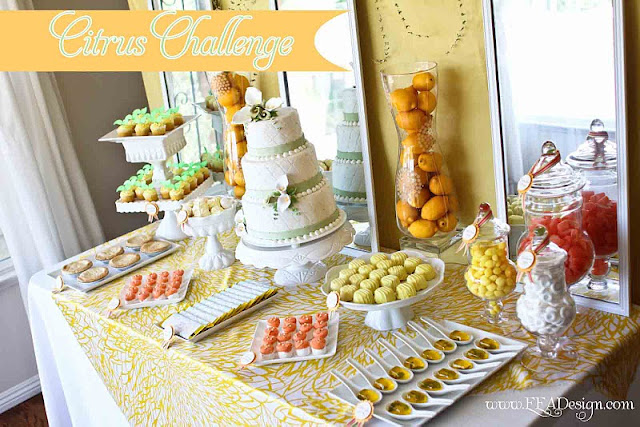 This weekend’s winning party feature goes to this stunning CITRUS THEMED WEDDING submitted by Enchanted Events & Design. Alexandra is so talented. How fresh and modern is this dessert table? Swoon. Everything is oh so pretty.
Alexandra said- “Since weddings are my passion I decided to do a dessert table and table seating in this style. I started my design when I found the yellow and white floral table linen. I used it as an overlay for both table designs to save on the cost of having to buy enough fabric to cover an entire table.
After selecting the linen I decided to use a traditional citrus color theme. I focused mainly on white and yellow but threw in a few accents of orange and lime. I wanted the table scapes to have a light, airy, and cheery feel to them so I decided to create a mirror backdrop. The table was laid out near some big windows and the mirrors were able to reflect all of the light in the room. I picked up these full length mirrors at Target for only $4.99 each and I customized them by adding a frosted citrus image to the 2 end ones and the bride and groom’s monogram and wedding date to the center mirror a super easy DIY task!
To keep the cost down on the dessert table I combined home baked items with food I picked up from Wal-Mart! The lemon pies, cupcakes, mini lemon cakes, lemon drop candies, orange gummies, Mr. Goodbars and mints were all bought from the store. I supplemented these with the candy dipped marshmallows and lemon Jell-O jigglers with sprigs of mint leaves. The meringues were bought from Albertsons so everything was purchased cheap and easy! The only big ticket item is the gorgeous cake by Jaqki’s Cake Creations.
For the seated table I again used the same linen as the dessert table. I complimented the linens by adding a round lemon yellow placemat. The centerpiece I got from a local florist. I brought in my own white vase which I got from Michaels for under $8 with a 40% off coupon. To save money on the centerpiece I gave the florist general instructions on what I wanted. Instead of bringing in a picture of a specific centerpiece or flowers to use I told him I was creating a wedding table scape inspired by citrus. I wanted him to use mainly yellow and white flowers but he could include small touches of orange and green and most importantly I wanted the centerpiece to be around $20 or less. So overall the centerpiece with the vase was under $30. I also designed all of the invitations, favor boxes, menus, table numbers and food signage for the design, which will be available shortly in my Etsy shop.”
Again, amazing job Alexandra! Congratulations on being chosen as this weekend’s winning party feature! 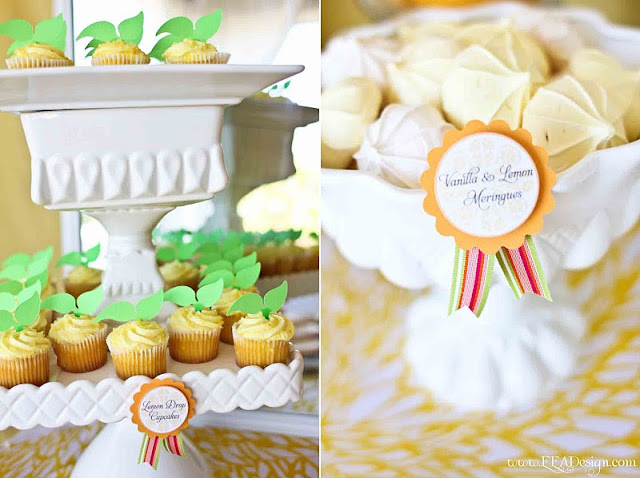 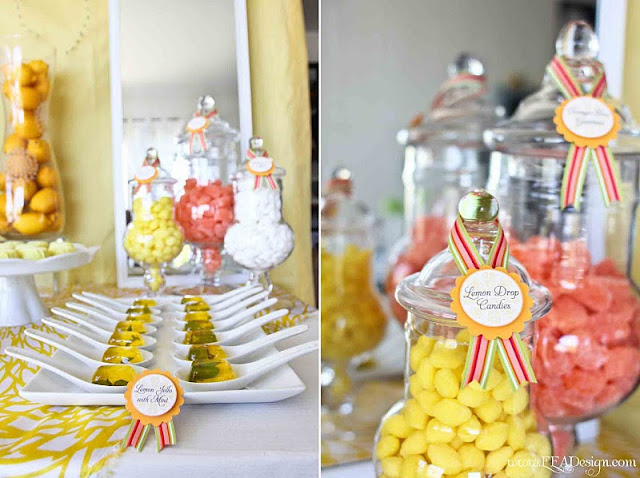 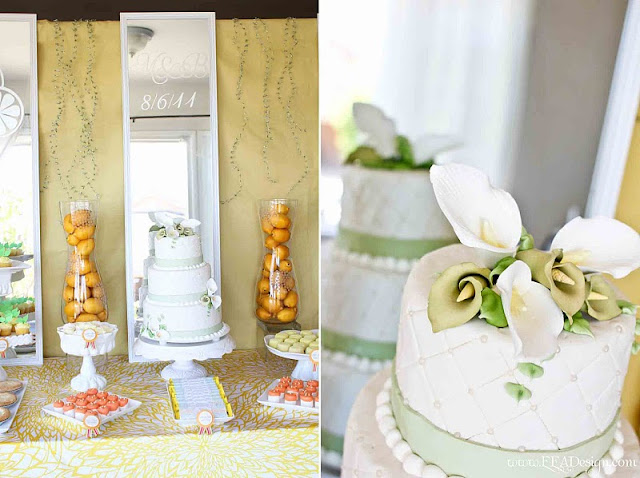 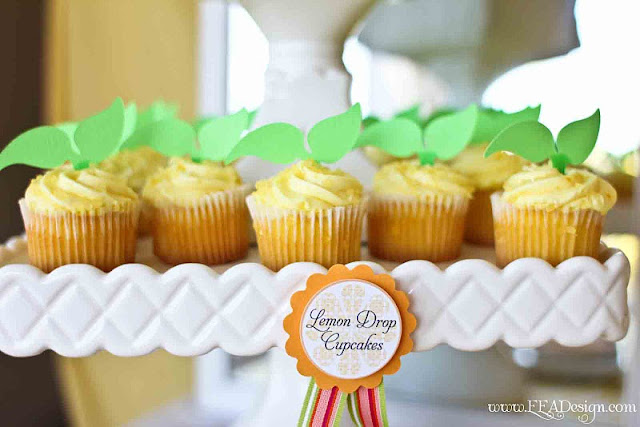 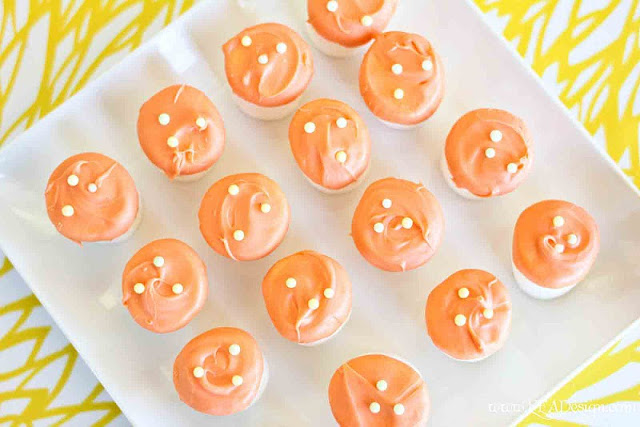 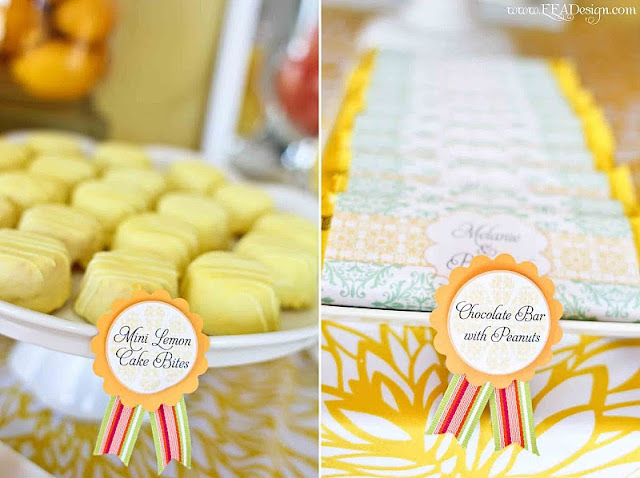 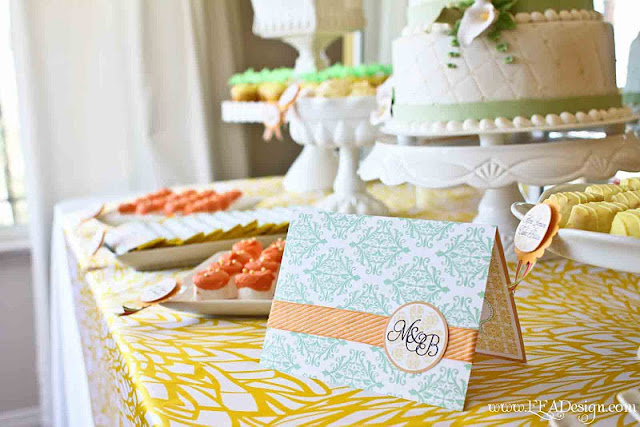 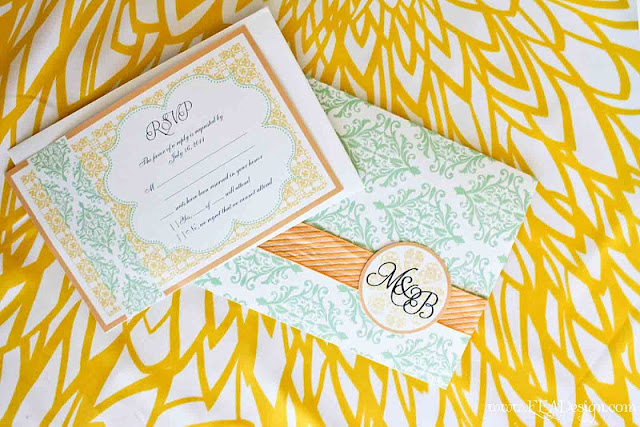 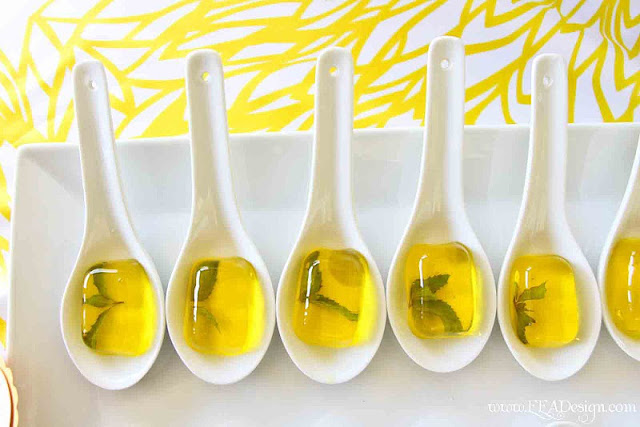 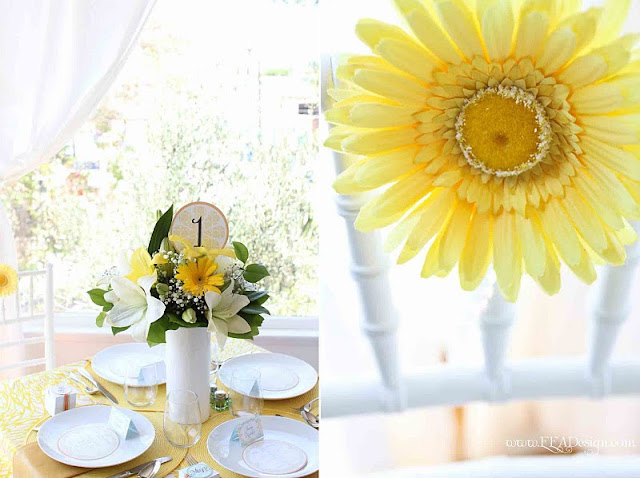 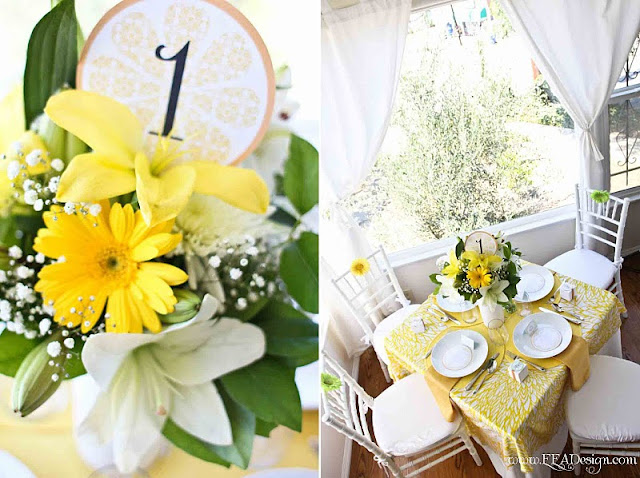 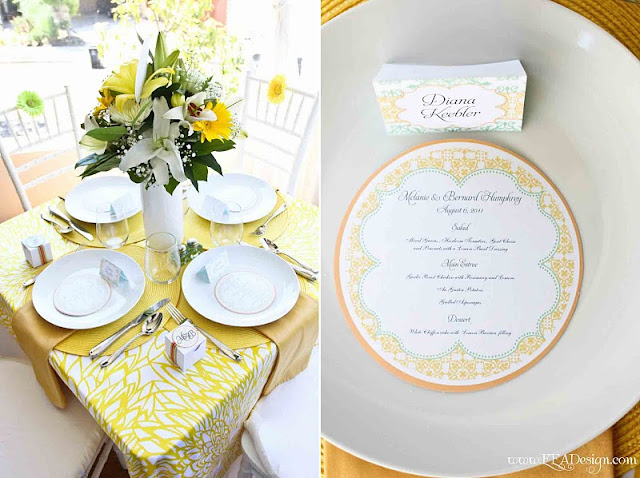