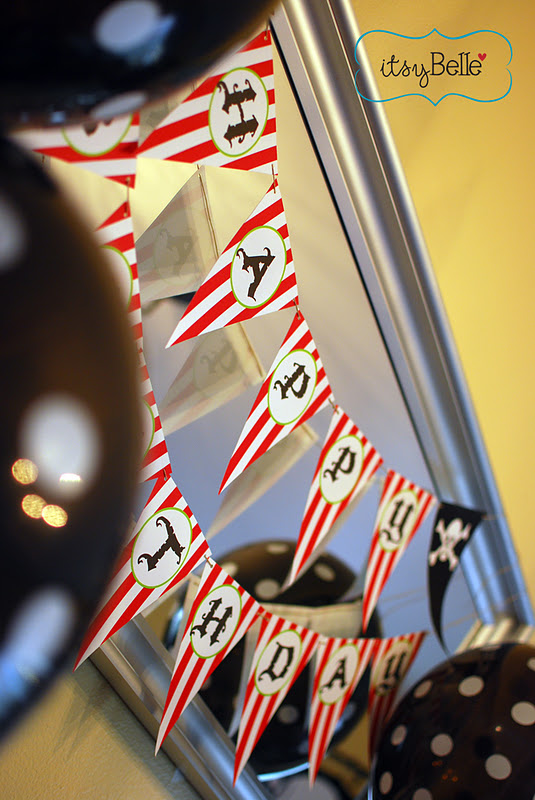 And the next weekend party feature goes to this fun CAPTAIN JACK PIRATE THEMED BIRTHDAY PARTY submitted by Christy Bergerson of Itsy Belle.

In Christy’s words- “My sons favorite new television show this year was ‘Jake and the Neverland Pirates’, so of course for his birthday I had to design him his very own preschool perfect Pirate Party!
The dessert table was complete with Pirate Marshmallow Pops, Cannon Balls, Pirate Rope, Chocolate Planks, and even Skull and Crossbone Cookies!
Decorations were purchased on a budget with Halloween Clearance shopping!
Little pirates had their faces painted with pirate beards and mustaches. Games included “Pin the Patch on the Pirate” and a blindfolded version of “Walk the Plank”. A homemade Skull and Crossbones pinata had all the kids excited!” 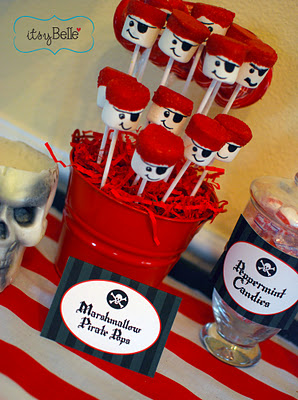 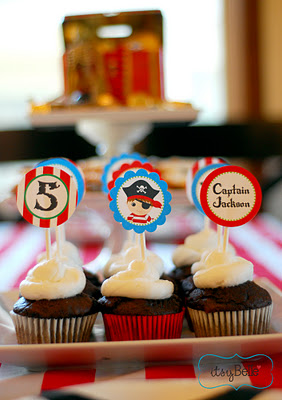 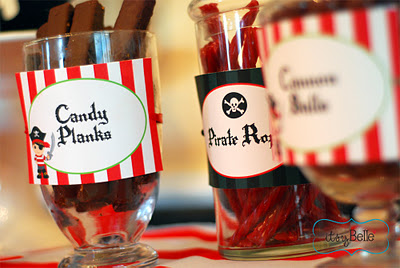 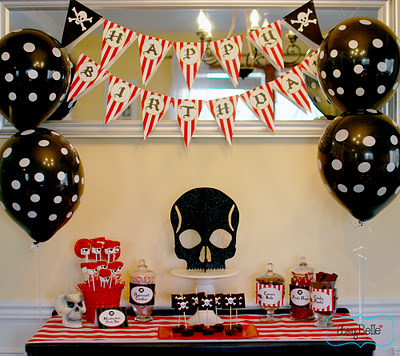 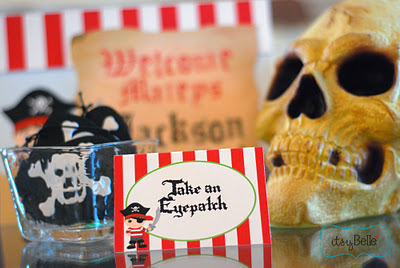 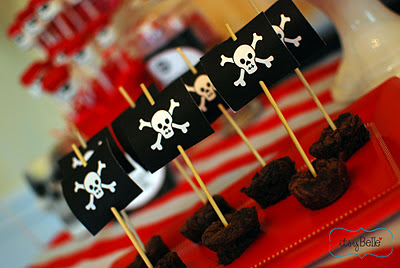 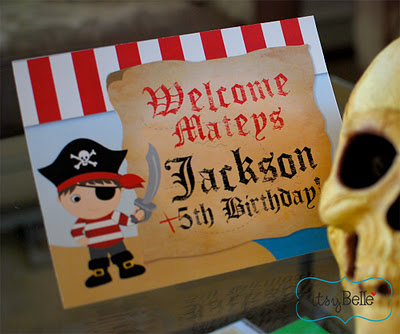 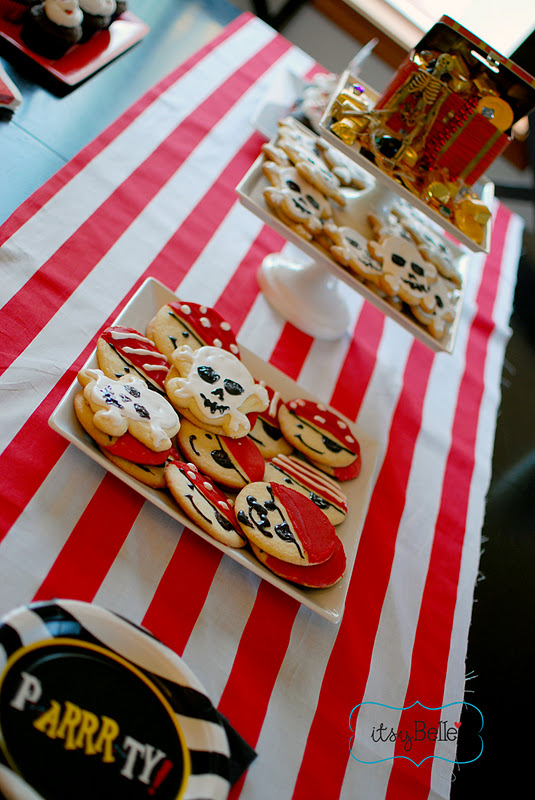 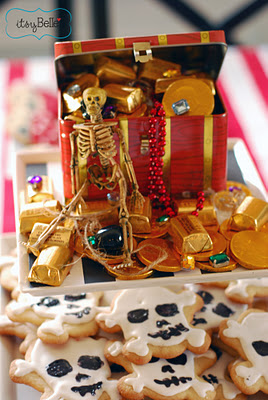 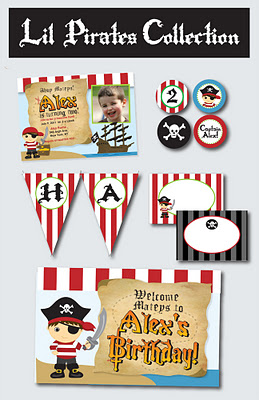