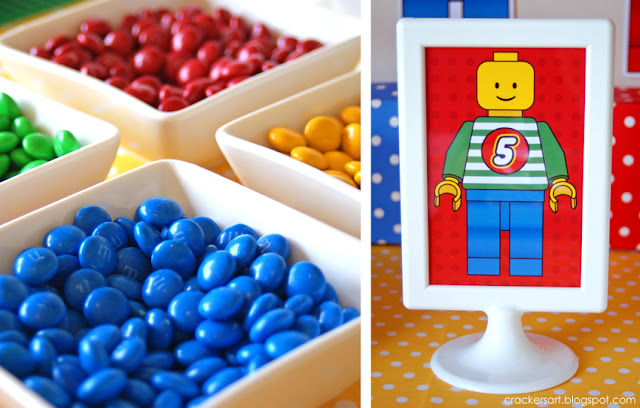 I hope you love this LEGO THEMED 5TH BIRTHDAY PARTY, submitted by Sarah Epstein of Crackers Art, as much as I do! Everything is just adorable. So many clever elements!

Here is what Sarah had to say about the party— “When I asked my son Harvey what theme he wanted for his upcoming 5th birthday party, he jumped at the chance of having a Lego-inspired party before his big brother stole the theme for his own party next month.I did a little happy dance because I’ve been dying to create a Lego-inspired party. But I also wanted to put a unique spin on it. I’ve seen some fabulous Lego parties on the web, but I wanted ours to reflect everything my boys love about Lego. And I wanted lots and lots of in-your-face colour – no shrinking violets here!

I designed all of the party printables and then tied in all of the food into the same colour scheme. There were two separate tables – the dessert buffet, and a smaller snack table which I directed the kids to first so they could eat something other than sugar. They also had a sit-down lunch of savoury yummies before it was time to hit the desserts.

I usually attempt the cake and biscuits myself, but this time around I enlisted the skills of the awesomely-talented Lisa from ‘Cakes & Biscuits By Lisa’. And I’m so glad I did – they turned out perfectly and exactly as I had pictured.

And what’s a party without some games? As well as a ‘Draw Your Own Lego Character’ colouring competition, we also had a ‘Pin the Brick in the Wall’ game (our Lego version of ‘Pin the Tail on the Donkey’), free-range Lego on the lounge-room rug, and some Lego tower-building races. I also created all the graphics for the games, which I just kept simple and effective.

From all reports, everyone had a great time and the birthday boy loved every minute!” 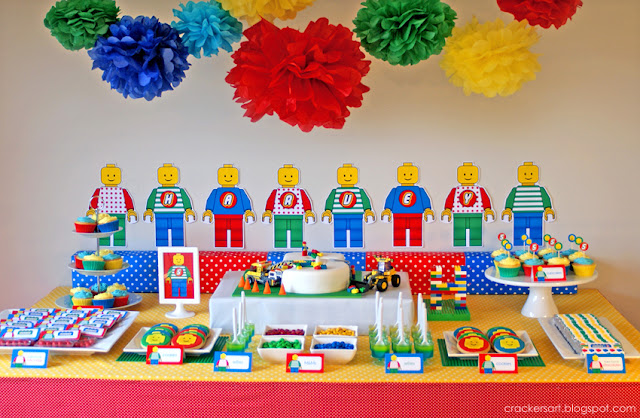 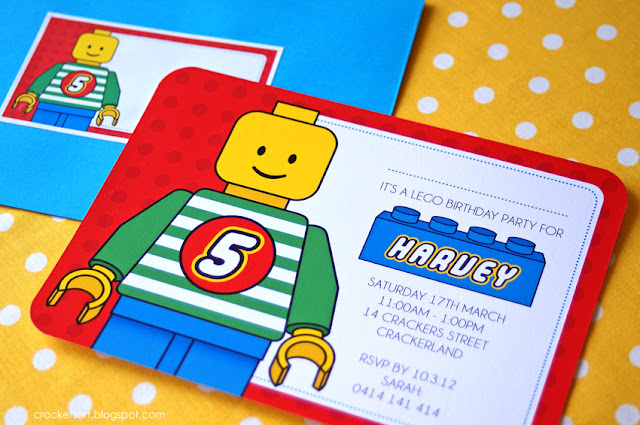 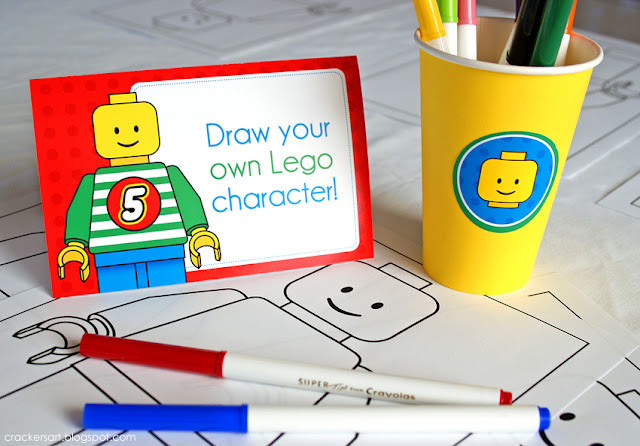 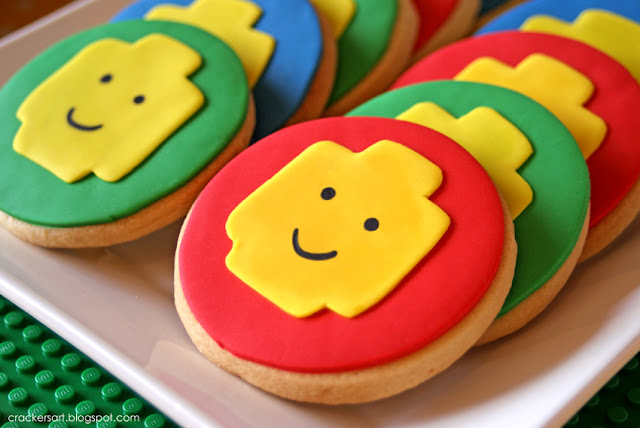 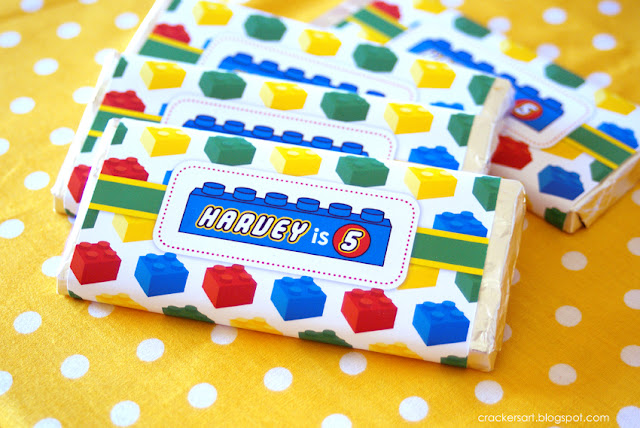 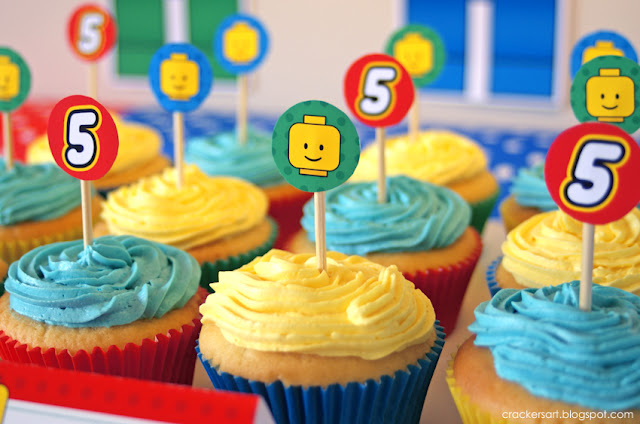 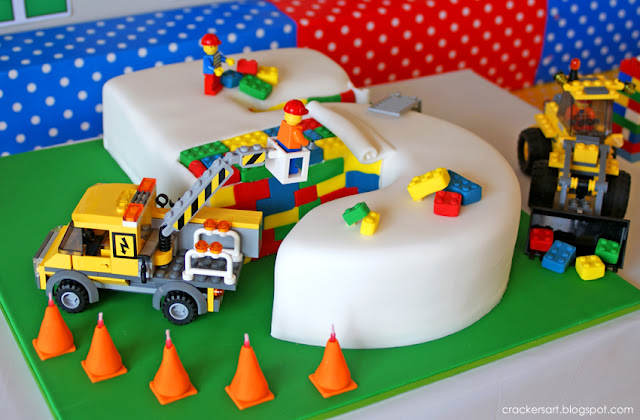 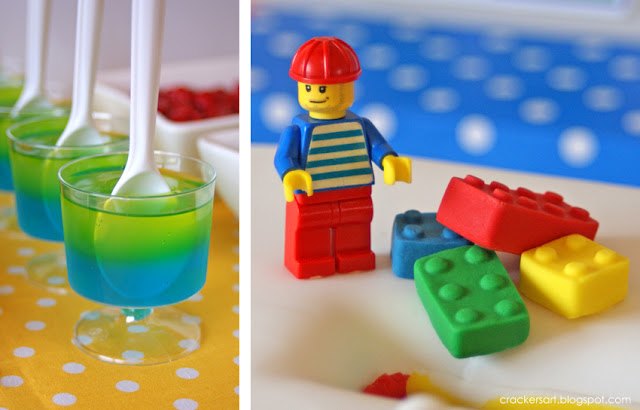 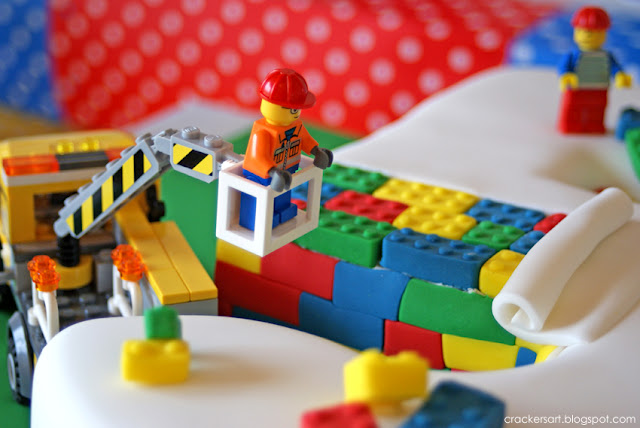 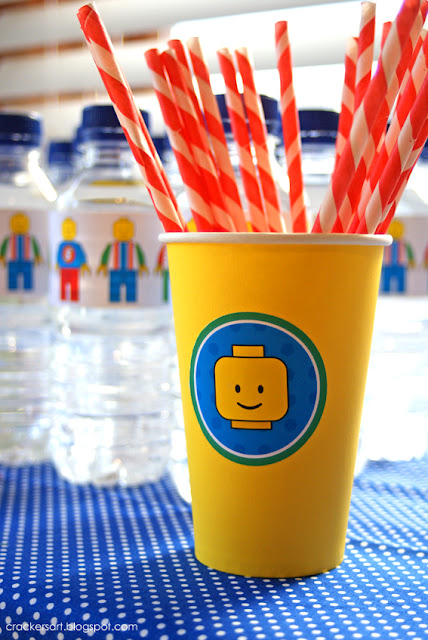 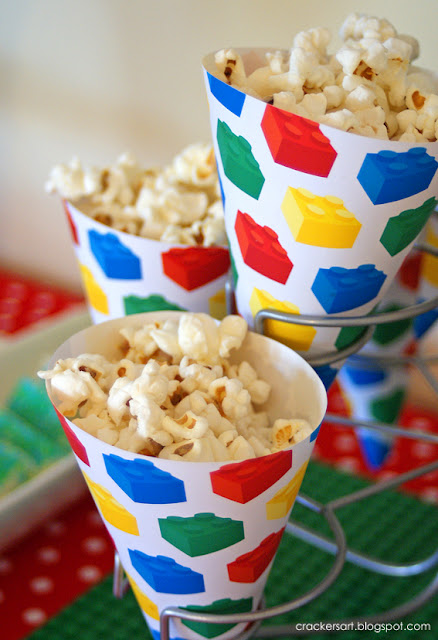 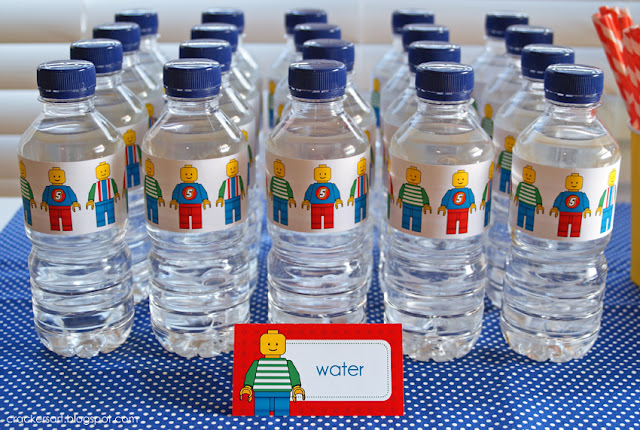 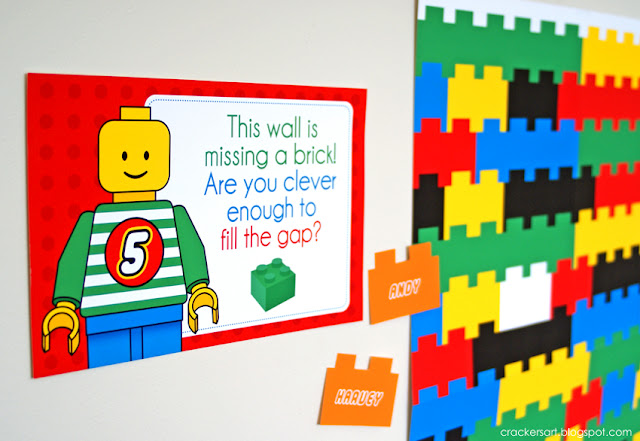 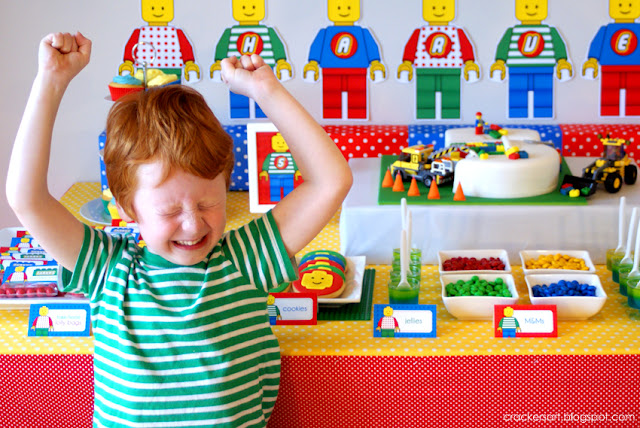 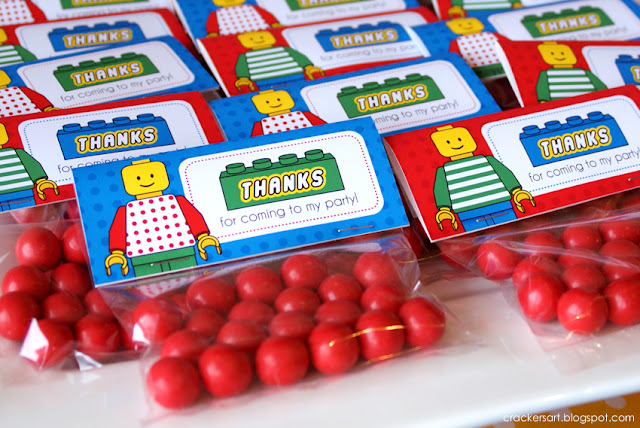