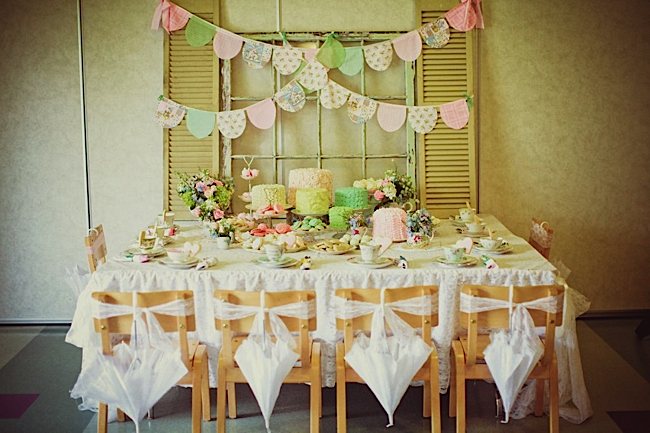 This Mary Poppins Tea Party by Jenny Keller of Jenny Cookies is absolutely adorable! What a fun birthday party theme! There are so many creative elements. So many things could easily be adapted and used in a Spring or Easter party as well.

Seattle was taken by snowstorm the entire week before her party, literally dumping snow night after night. Each morning I’d wake up hoping the snow was gone, but nope, it’d still there. The day before the party I decided I just had to go for it and pray the weatherman was really going to be right when he said it would melt by Saturday.

Lo and behold the weatherman was right for a change! The snow was melted, and Jesus even granted us a few rays of sunshine as we unpacked the car and loaded the party into the zoo. As I’m sure most of you have party people have experienced, most venues don’t allow much time for set up. The Woodland Park Zoo was one of them. It was almost a deal breaker when I received the zoo contract reading that you are given a half hour to set up. Yikes! So with only 30 minutes to decorate the room and tea party table, my girlfriend Nazra and I had to move fast! (Thank you Naz!)

I hadn’t planned on doing a dessert table for such a small party, but I couldn’t help it, it’s what I do. Instead of a giant cake like I’ve done in the past for my children’s birthdays, I made Ally six small cakes in different colors and textures. This was really fun to do. Of course 15 people couldn’t eat six cakes, so guests were sent home with bakery boxes filled with treats and cake! Out of all the fun desserts, my favorite had to be the spoonful of sugar cake pops!

My friend Elaine, seamstress extraordinaire, made Ally a Mary Poppins Jolly Holiday dress to wear to her party. I am literally in awe every time I ask Elaine to sew something because not only does she do it, she does it beyond my wildest dreams. I emailed her a photo, not a pattern, not instructions, nothing but a simple photo from the internet of Mary Poppins’ dress. She whipped the dress up without a hinge and little Ally looked practically perfect as Mary Poppins.

The little girls absolutely loved the party. They sipped apple juice “tea”, nibbled on way too much sugar, played musical chairs to Mary Poppins songs, balanced tea cups on their heads, rode the carousel, and fed the penguins. We couldn’t have asked for a more perfect party. And to top it off, my girlfriend Molly of Molly Vaden Photography captured every detail and smile of the day. It was supercalifragilisticexpialidocious!” 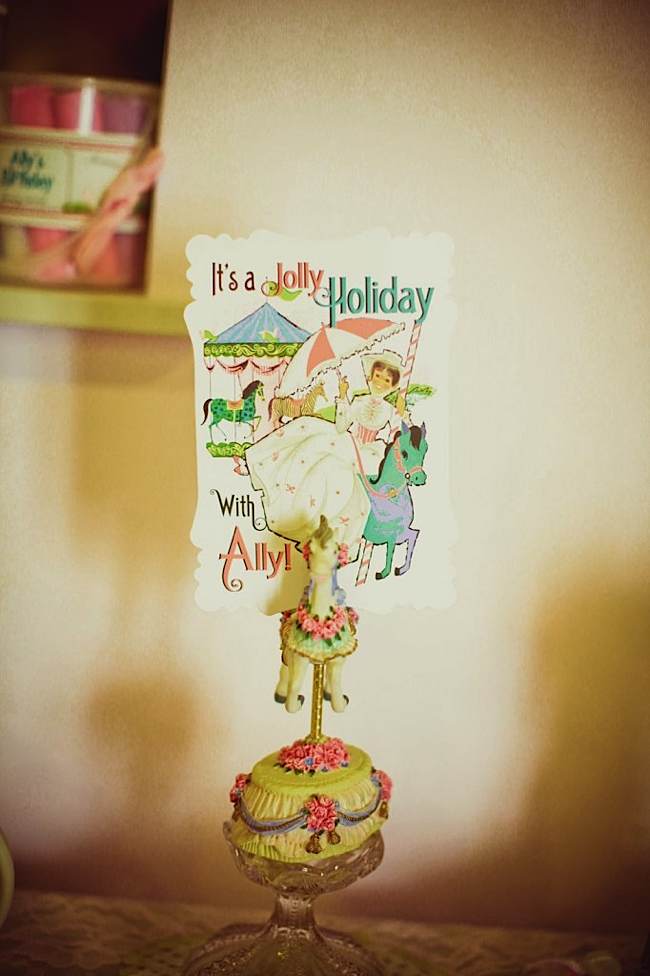 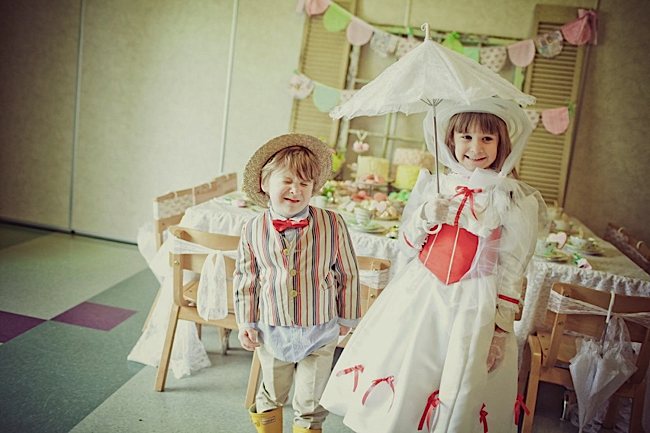 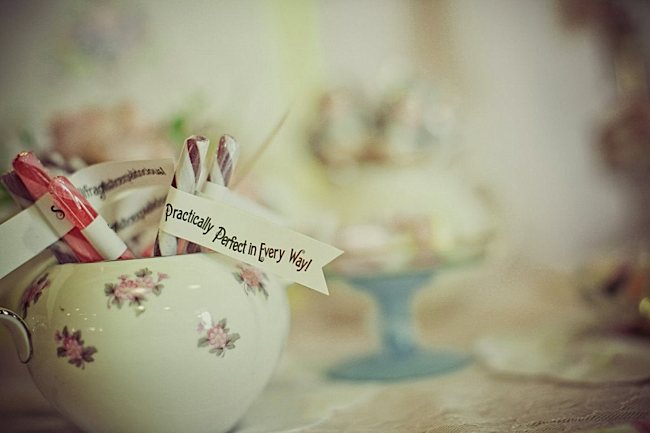 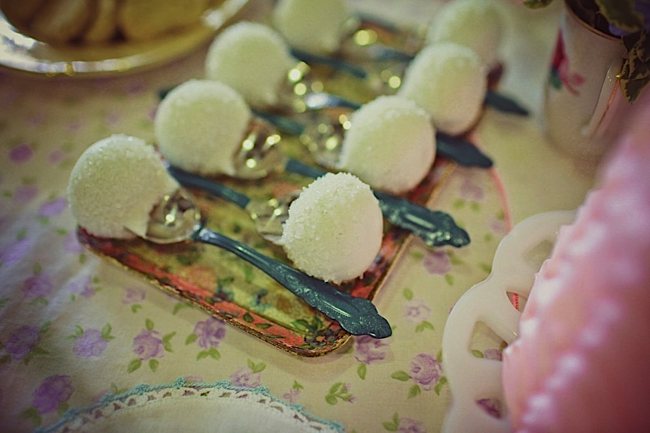 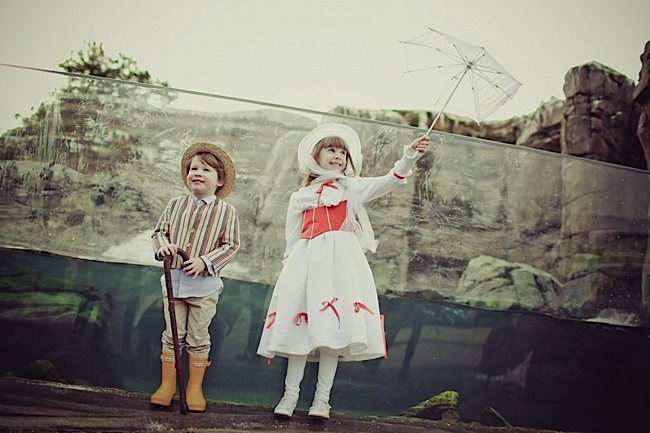 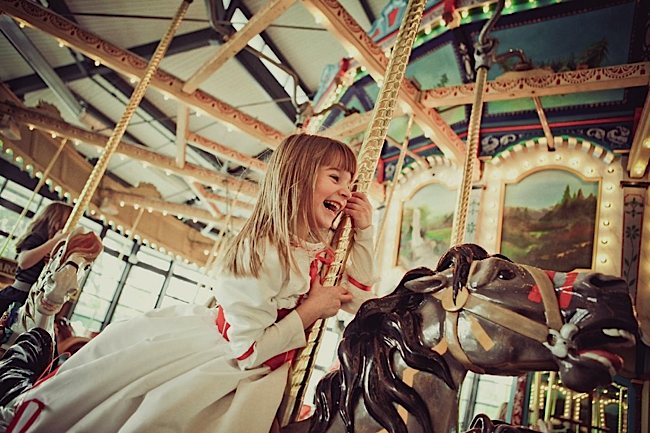 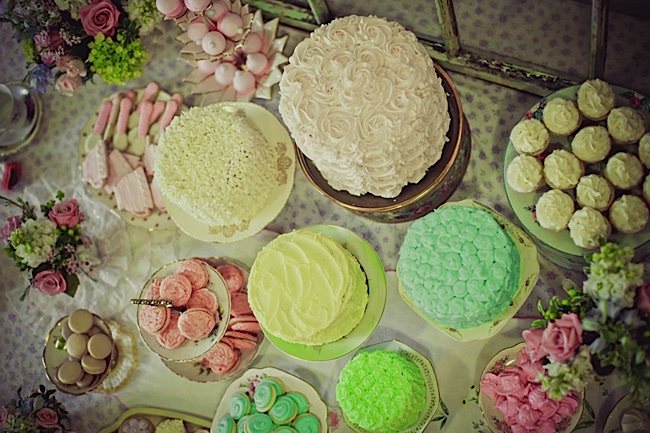 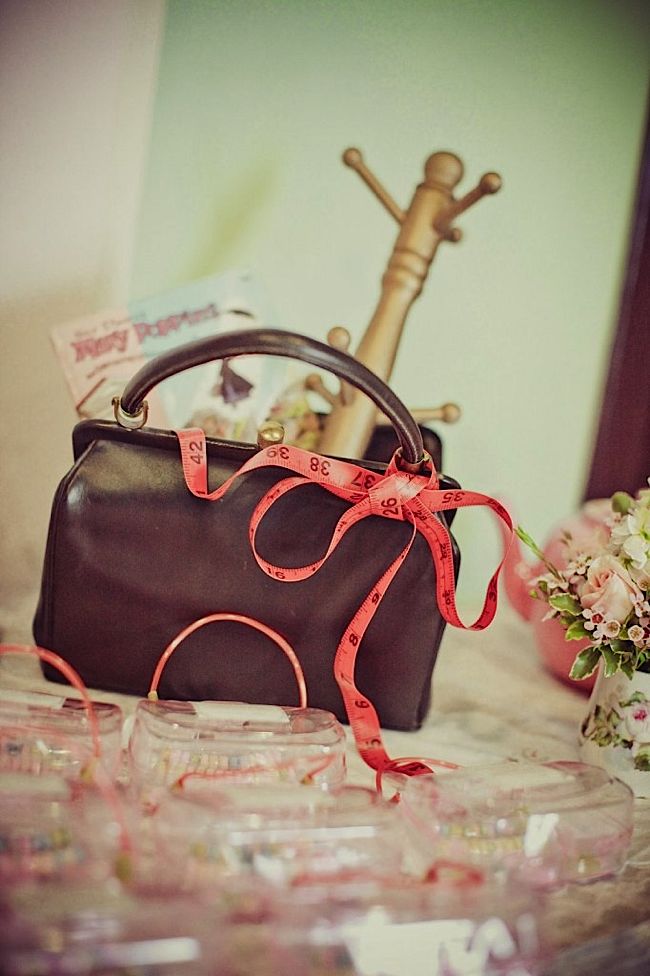 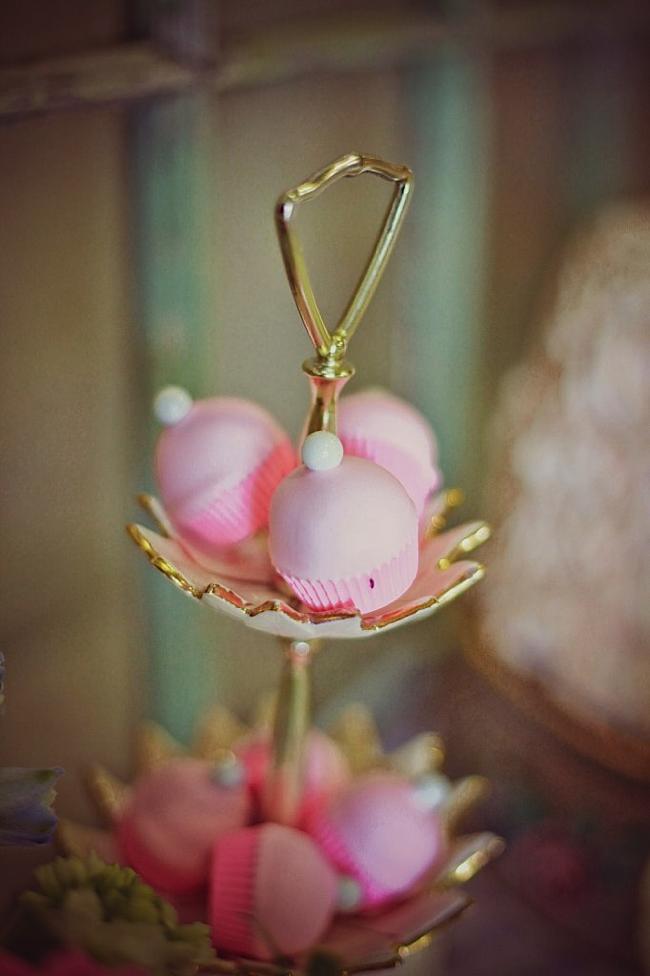 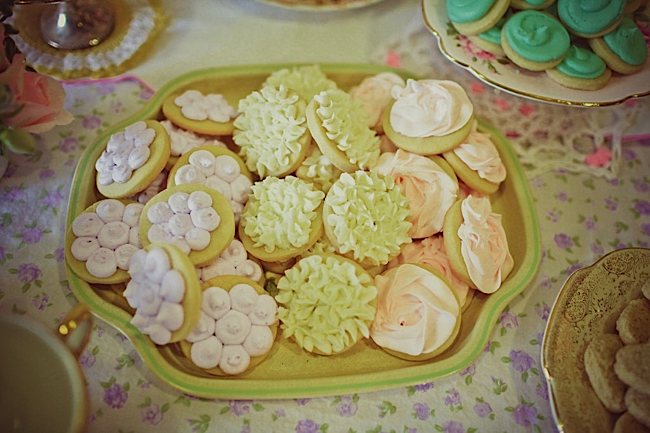 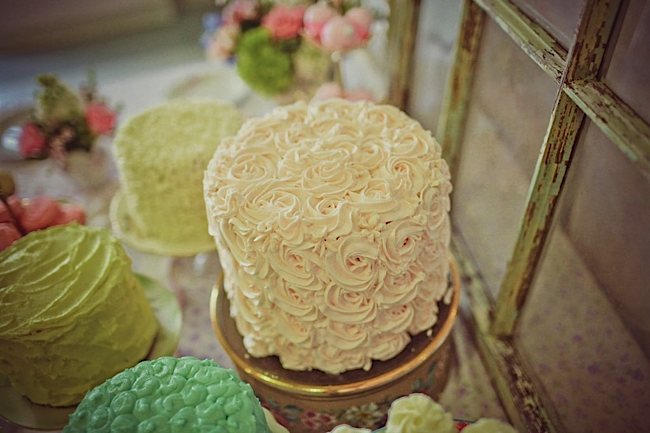 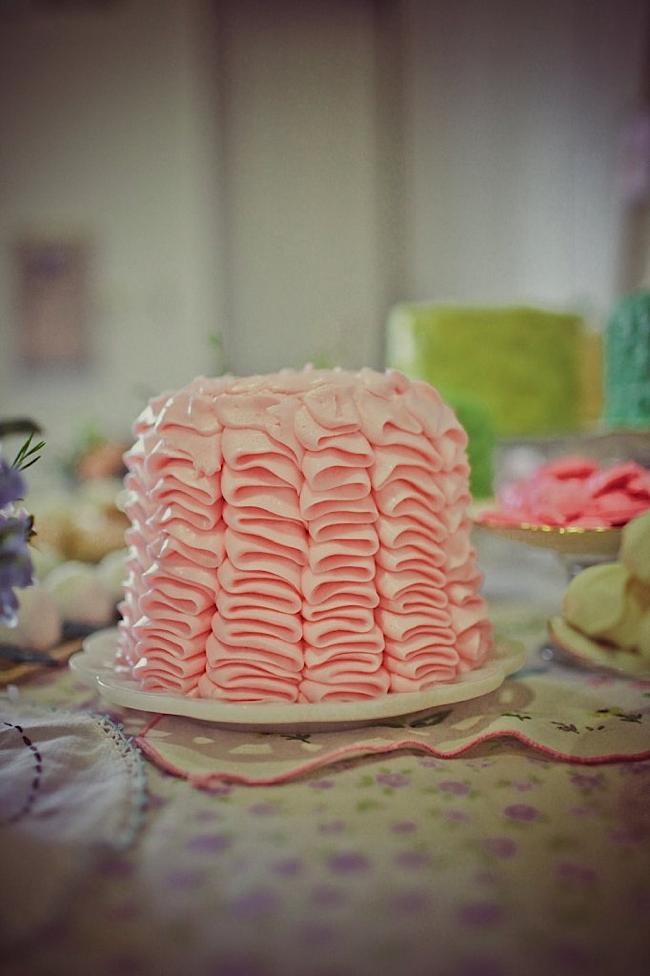 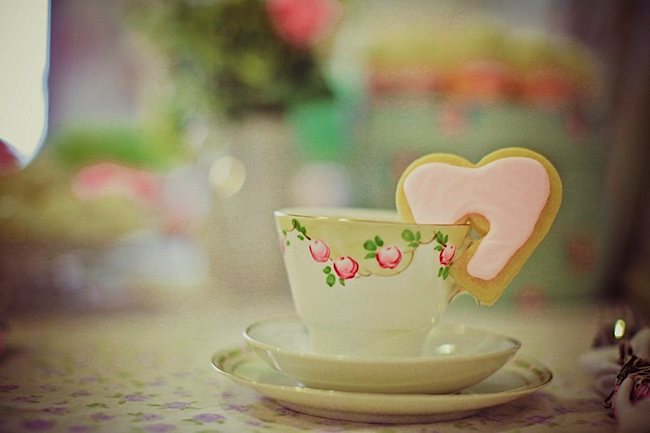 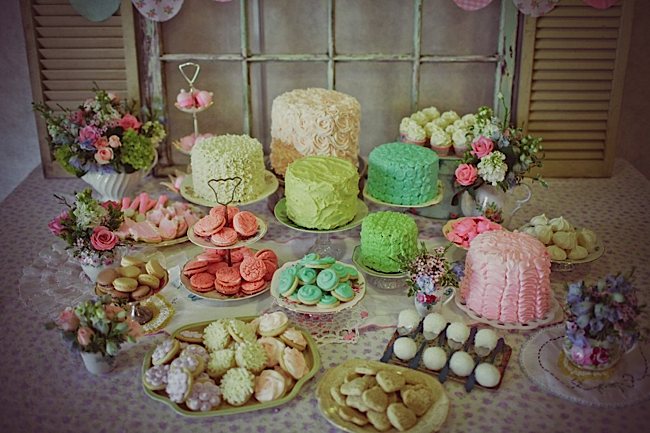