The first one is a super fun Star Wars Lego Party submitted by Christine Kantaporn of Pure Joy Events, and the next one is a Star Wars Dessert table submitted by Liebesbotschaft {from Germany}.

Starting with the lego themed Star Wars party, here is what the talented Christine had to say about it– “A few weeks ago in a galaxy far, far away, 15 Rebel troopers joined forces to celebrate Jedi Camden’s 5th birthday. Everything from the cake to the decorations was inspired by the comic strip invitation booklet that was brilliantly designed by my friend, Melanie of ewehooo. The sunburst motif and gray and orange colors from the invitation were carried over to the dessert table and photo booth.

A simple dessert table backdrop was created by re-using the navy blue and gray pomettes from Pom Flair and suspending a LEGO snow speeder from the ceiling. The Jedi pilot cake from PhoebeCakes stood on top of a cake stand built entirely out of LEGOs.

We also had a mini birthday celebration for Uncle Frank and baby Haven with cupcakes from Cupcakes Actually and Sweetz Bakery, and fondant toppers made by Lynlee’s Petite Cakes.

The comic strip style photo booth constructed from black tri-fold foam board and equipped with LEGO Star Wars props was another big hit with the guests. It was Melanie’s idea to blow up the image of the sunburst for the background.

Of course the LEGOs were the highlight of the party. Brixalot, a local company here in the Dulles area, hooked us up with 30,000+ LEGOs — more than enough bricks to rebuild the Rebel fleet.

It wouldn’t be a party at our place without a creation from my husband, the “Cardboard Master”. Every year, he puts his Mechanical Engineering degree to good use and makes the most incredible things out of cardboard. Paper Star Wars snowflakes, which hung above the snow speeder, were another last minute DIY project.

At the conclusion of Camden’s 5th birthday saga, guests took home these mini LEGO Star Wars ship sets. A galactic good time was had by all!” 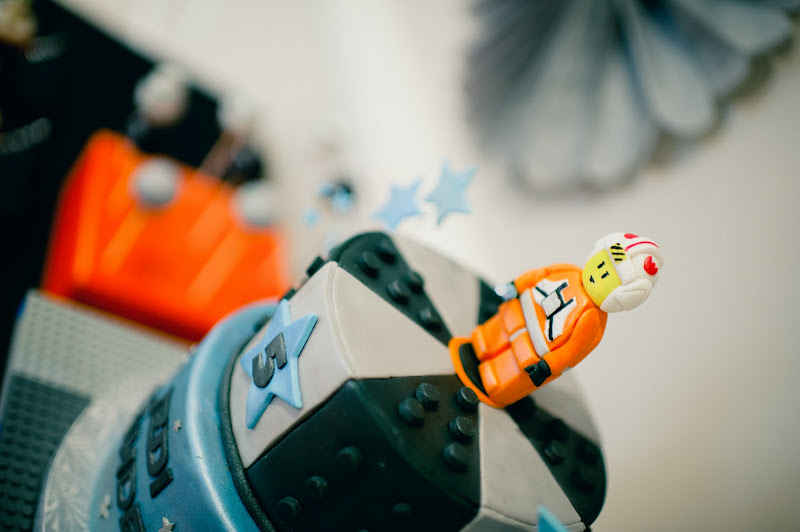 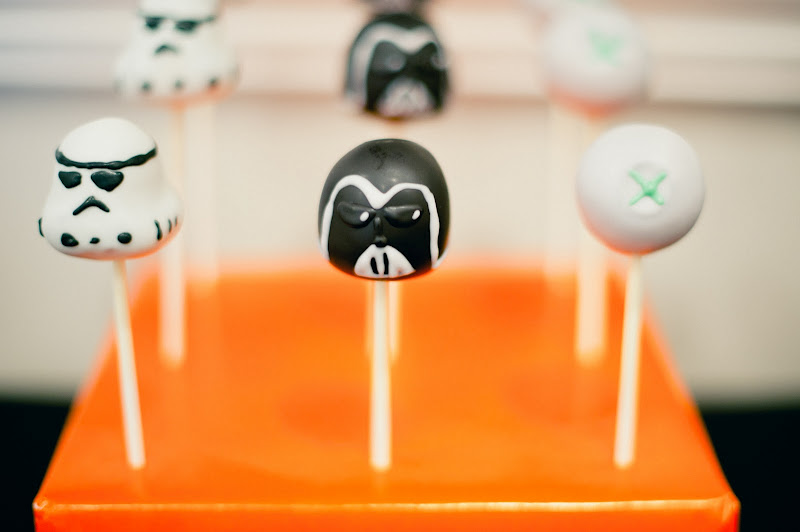 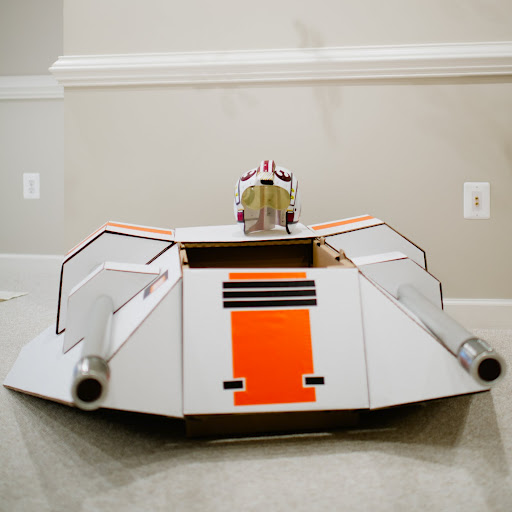 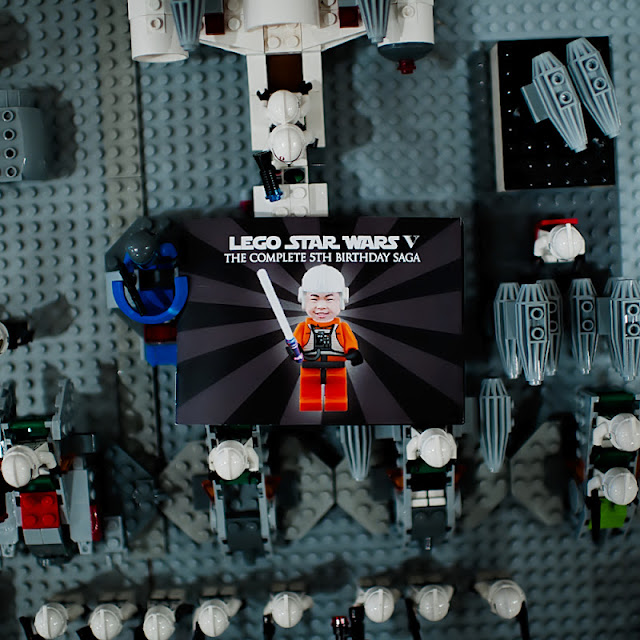 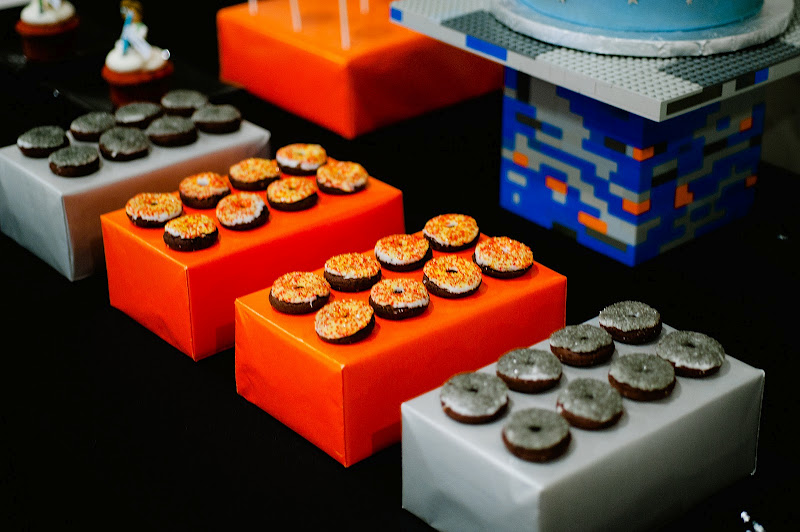 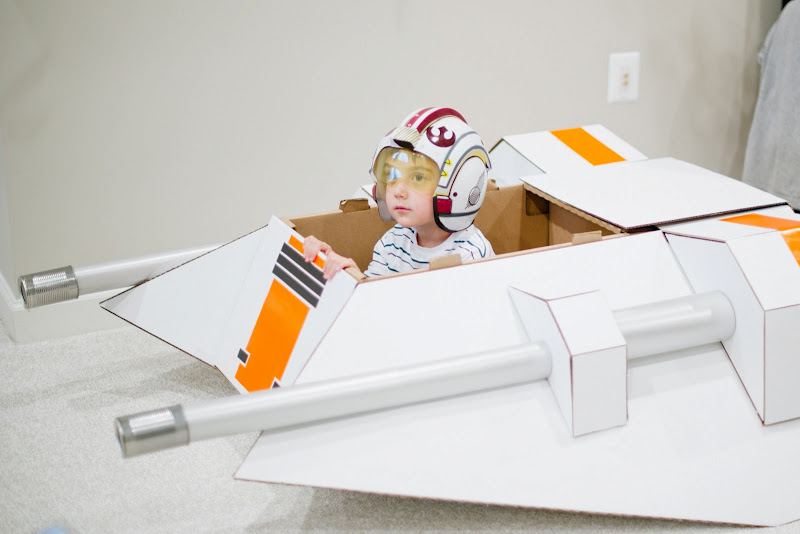 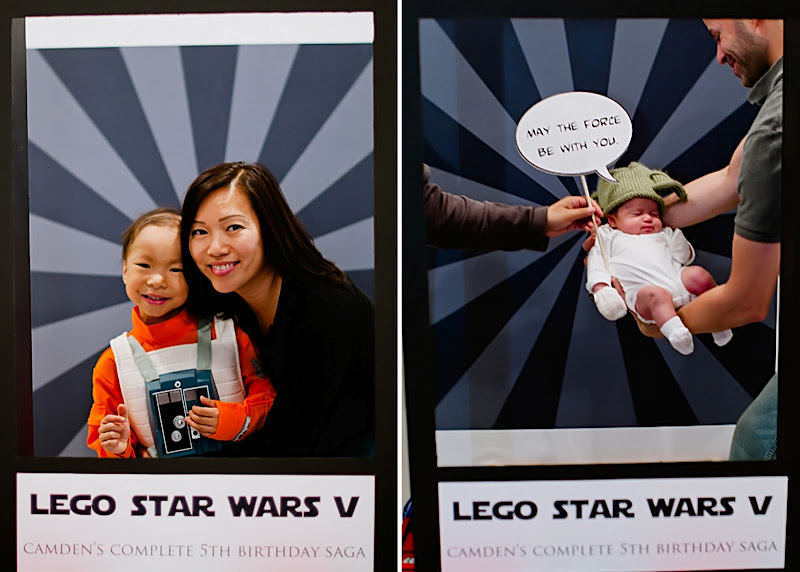 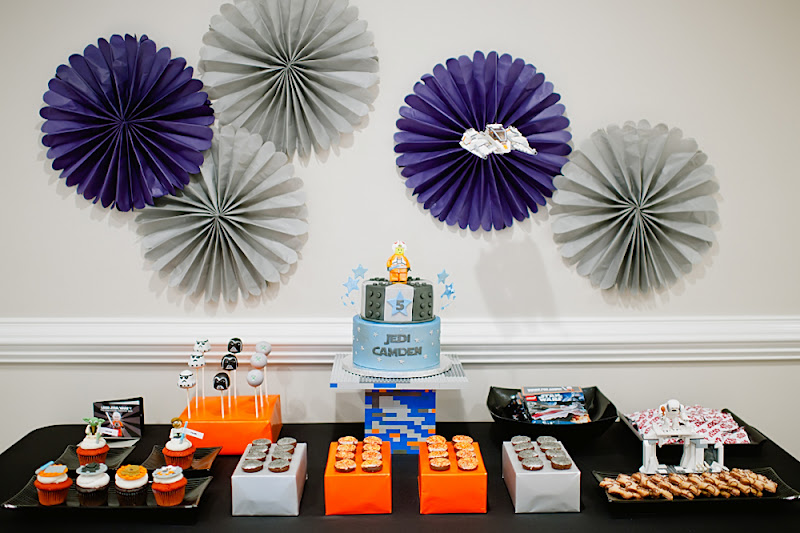 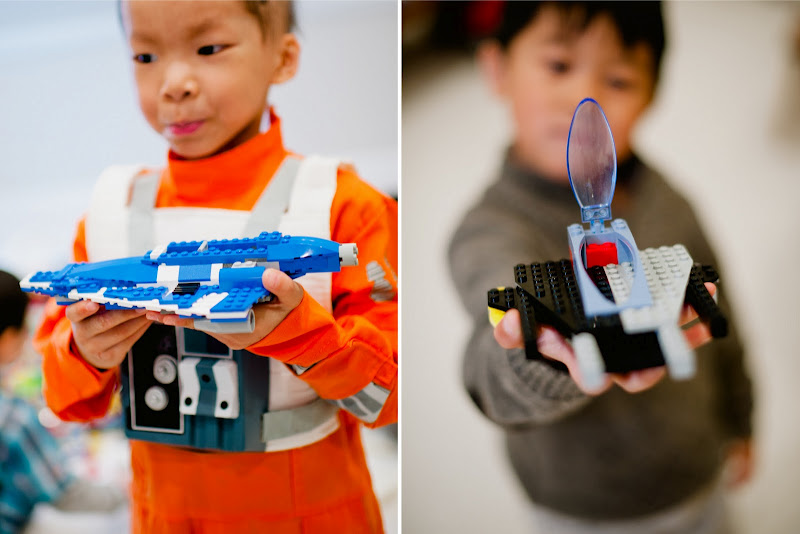 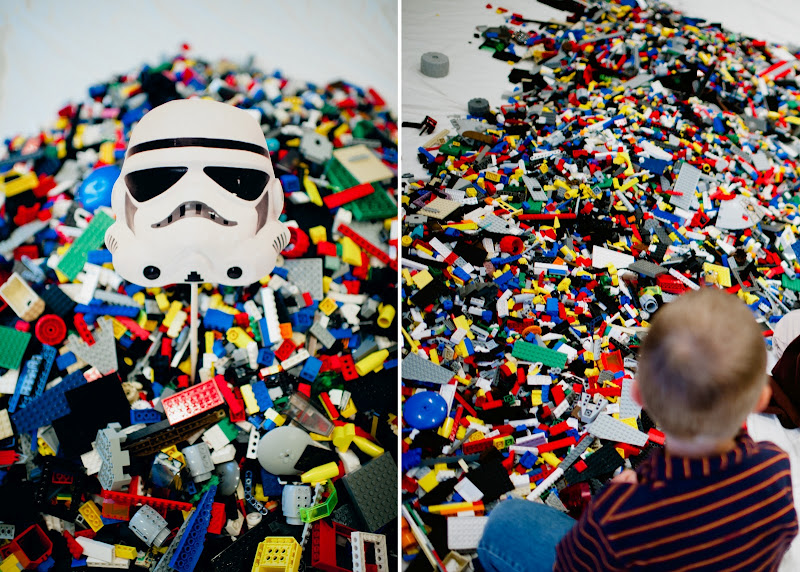 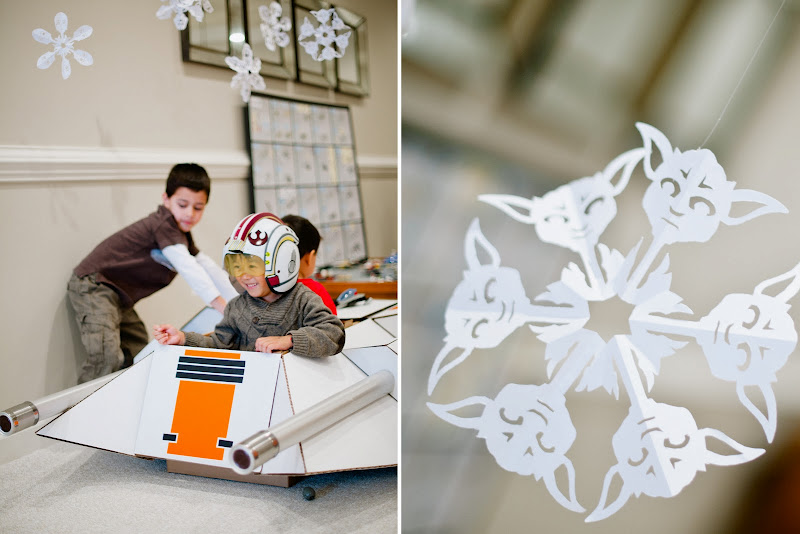 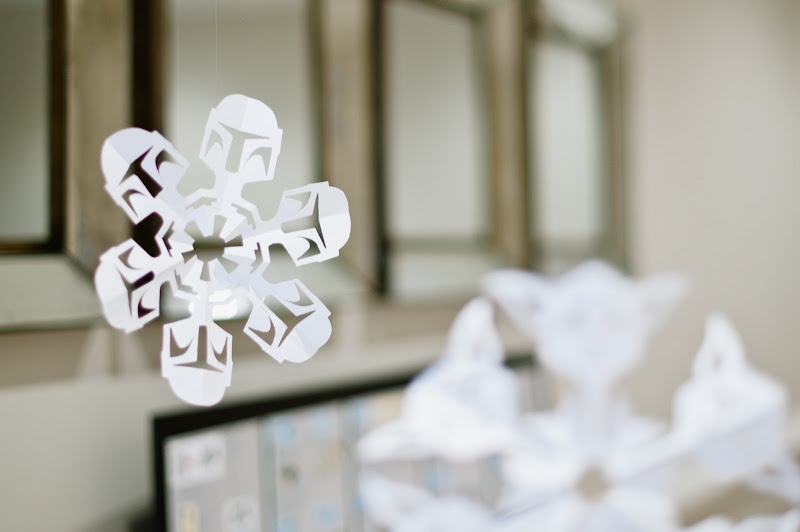 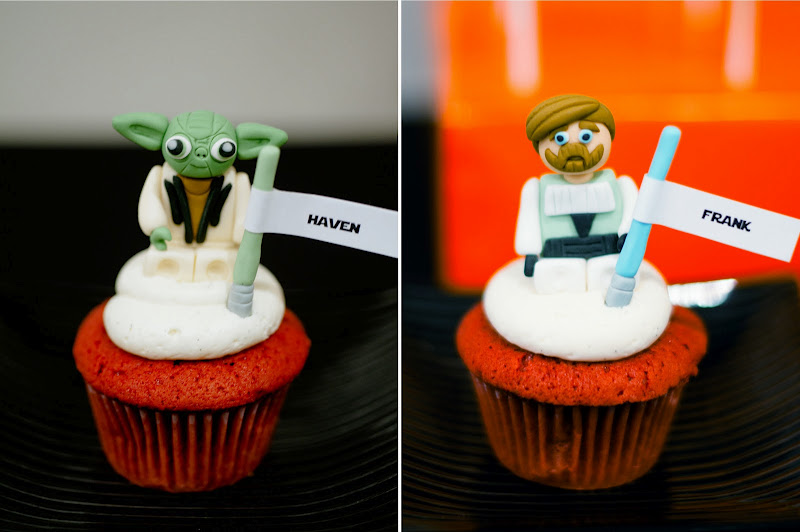 And here is the next amazing Star Wars Party submitted by Liebesbotschaft. I love the lunch boxes, cookies and the action figures in the small glass bottles! This party goes to show that simple party elements can go a very long way. 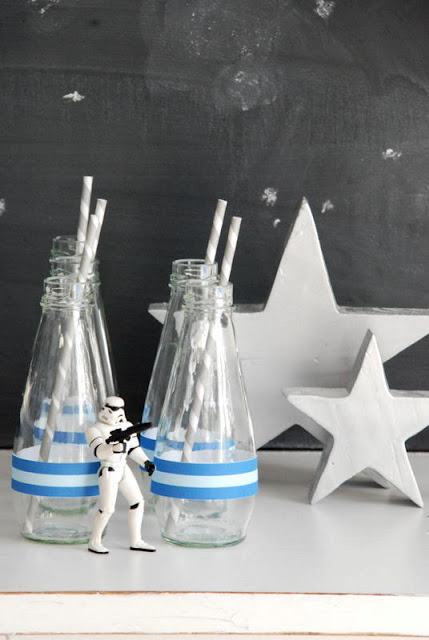 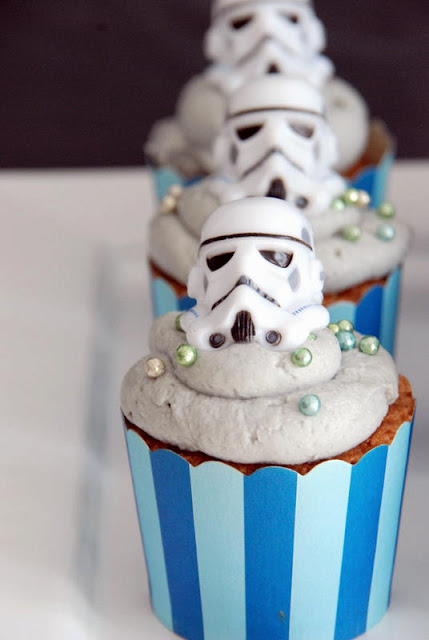 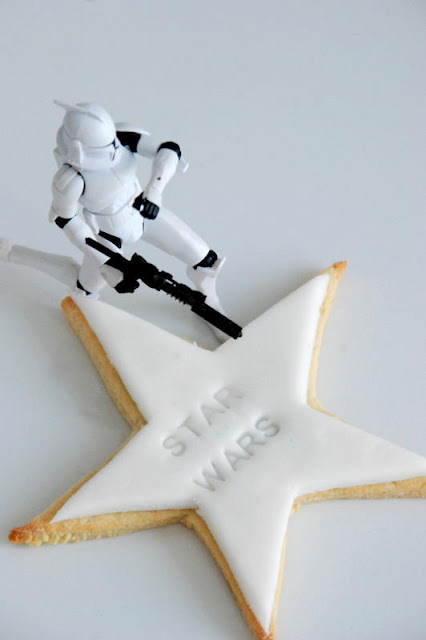 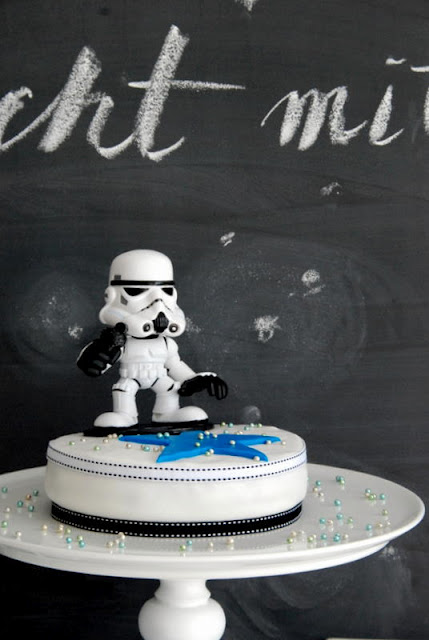 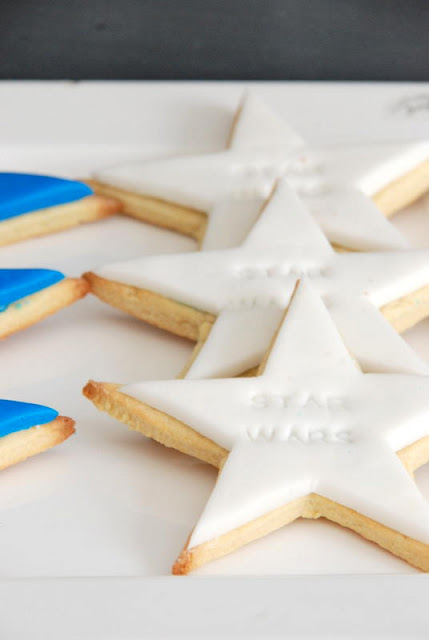 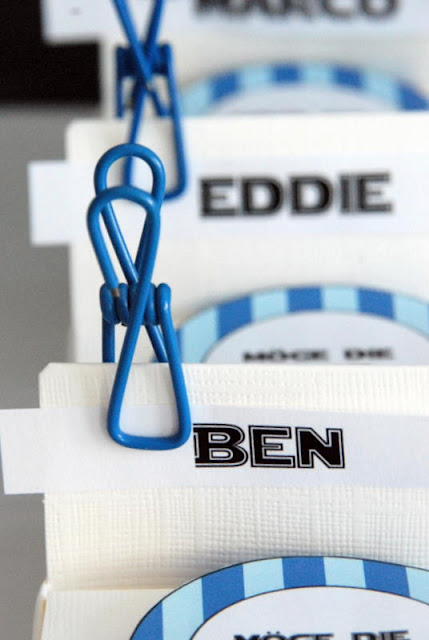 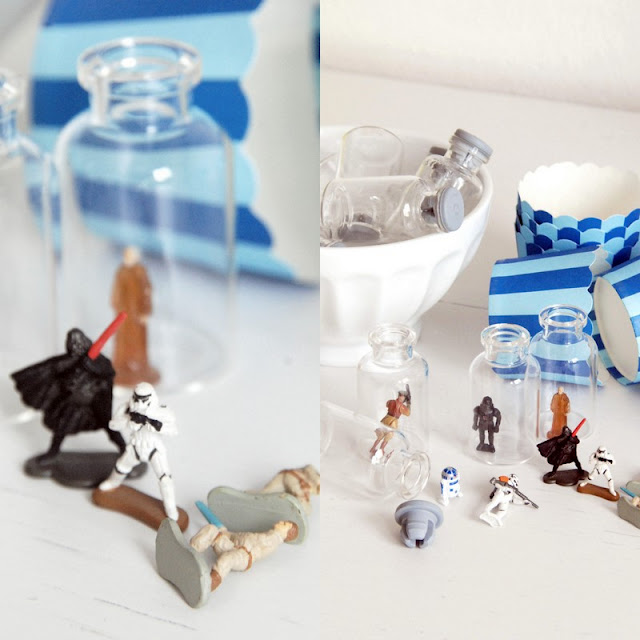 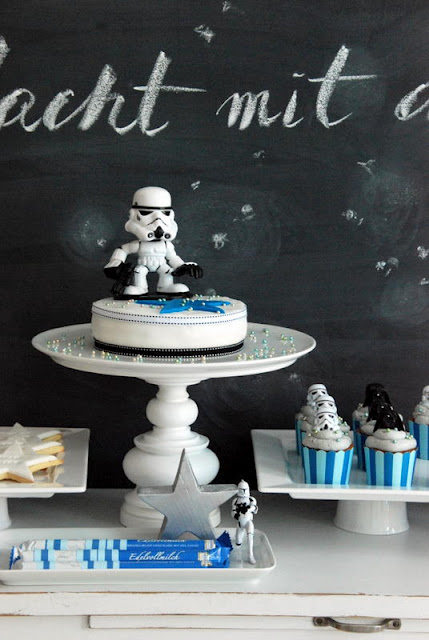 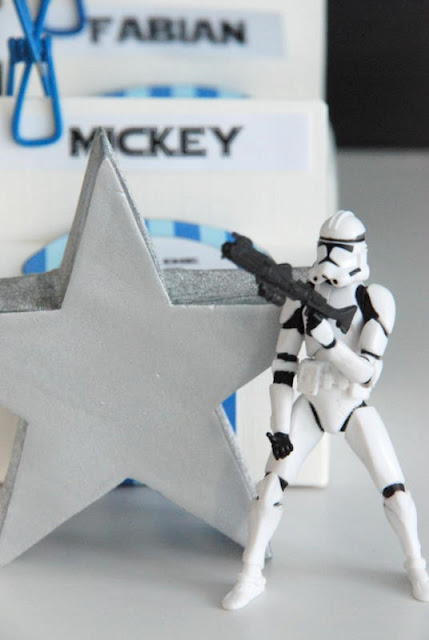 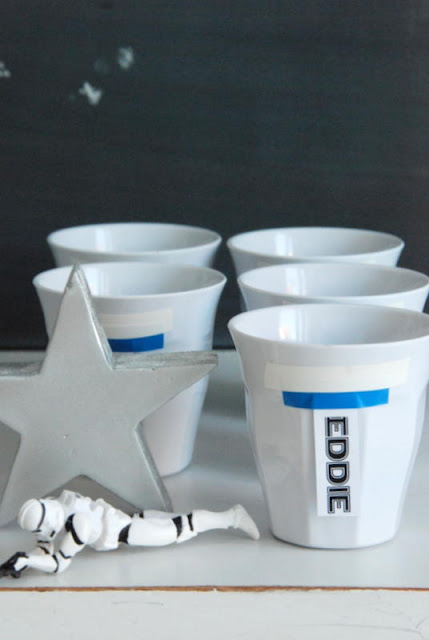 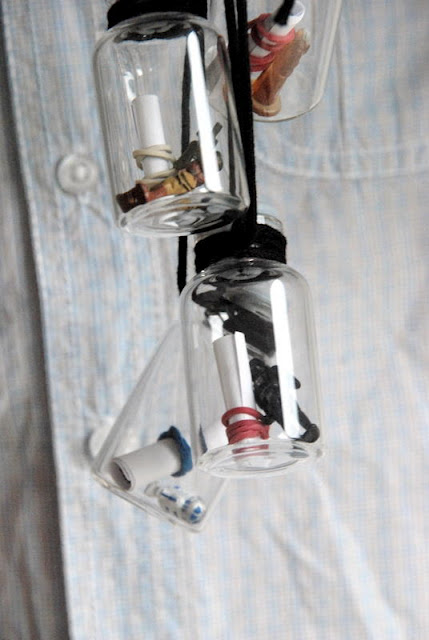 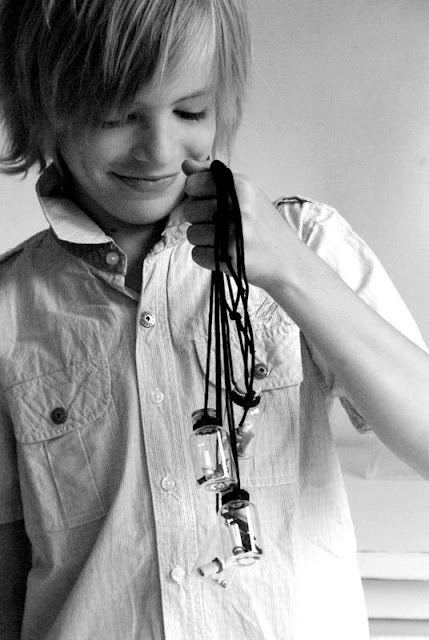 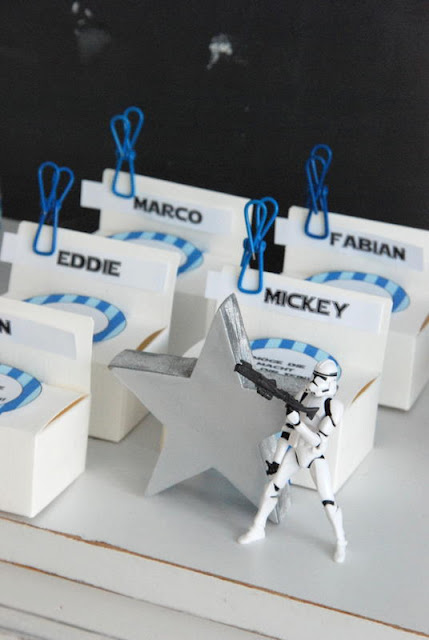