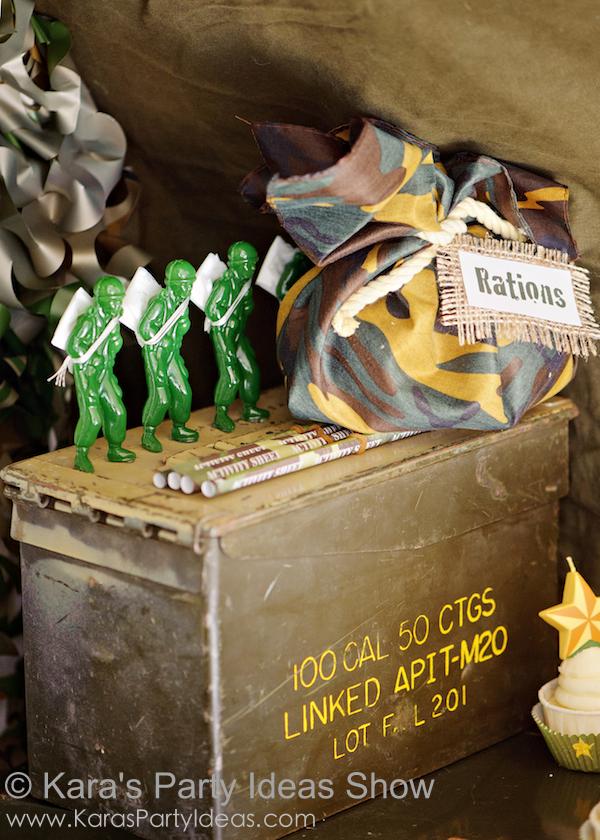 Today I showcase my fun ARMY THEMED PARTY, including an original, easy and super cute Army themed party invitation using a plastic Army man & a parachute! Watch the show here to see it all!

All of the Army party photos {taken by Laura Bunker Photography} and a full write up will be featured here on Kara’s Party Ideas in a few weeks!

I’ll leave you with a pic of me getting ready to film the Army party episode :]… 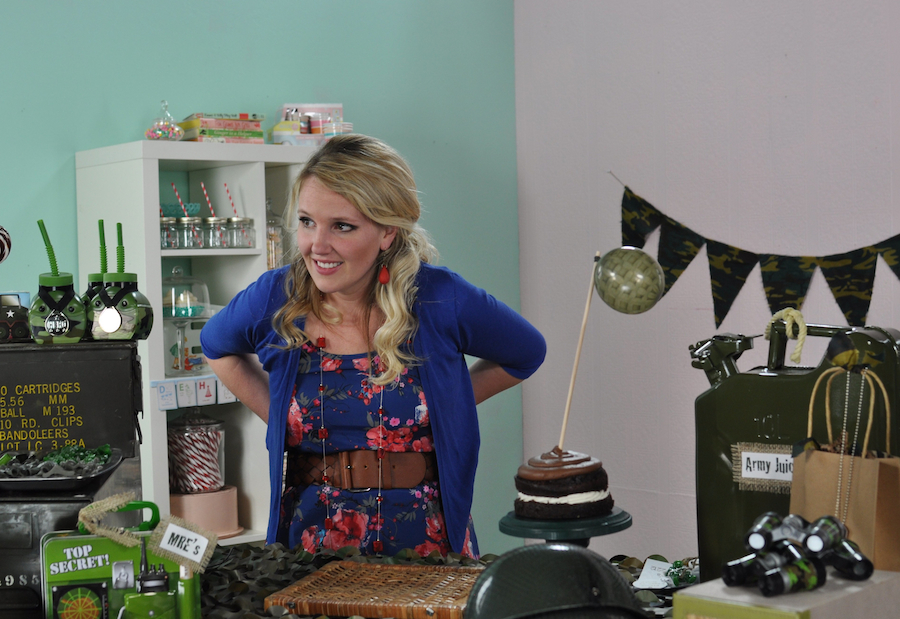