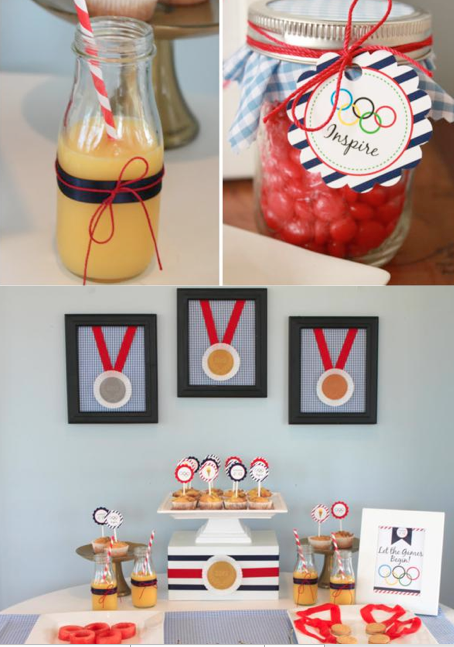 Deanna said- “I created a bright, inexpensive, fun Olympics party in less than 24 hours. It would be a great brunch or play date set up. All of the details of the party can be found on my blog post.
Also, the post includes Free Printables — Olympics Party Circles, Olympics Medals, & an Olympics Party Sign!

My sweet daughter made the Go For Gold Pineapple Muffins.  I chose these muffins instead of cupcakes because they include fruit and use much less sugar than a traditional cupcakes.
Gold Cherries (Rainier cherries) are our favorites, so they were an obvious choice.  The Watermelon Olympic Rings were made using two sizes of round cookie cutters.  My favorite treat of this party was the Oreo Gold Medals.  These were made with Golden Oreos and Fruit by the Foot dried fruit rolls.  The Oreo Gold Medals could also be packaged as a take home favor.  I chose orange juice as the drink because of its golden color.
The party design first started with the printable party circles.  The Olympics Rings and Olympics Torch were an obvious starting point.  This year’s Olympic slogan is “Inspire a Generation”.  So, one party circle design includes the word, “Inspire”.  The red and navy diagonal stripes were inspired by Ralph Lauren’s USA Opening Ceremony Outfits.
I designed printable medals for our party, to be given to the event winners.  In addition, the medals were used as party of the party decorations.  A gold medal was placed on the muffin pedestal, to resemble the podiums that the athletes stand on during the Olympics.  For the backdrop, I first found three black frames.  I cut out cardboard to fit in the frames, then covered the cardboard with blue and white gingham fabric.  I attached gold, silver, and bronze medals to cupcakes liners for more texture and depth.  They were then attached to the fabric, with red ribbon, to make Olympic Medal Art for the backdrop.”
Glass Milk Bottles
Red Striped Paper Straws 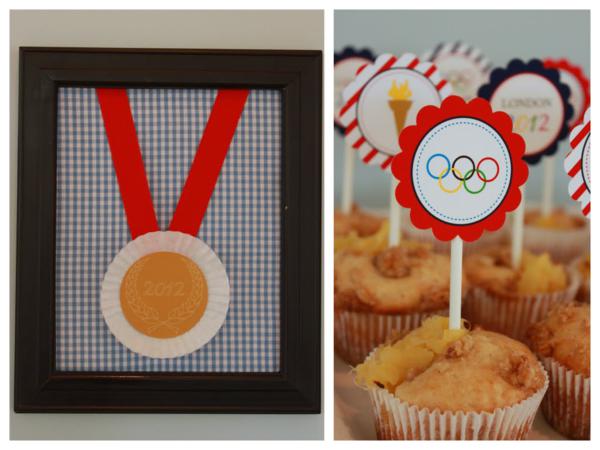 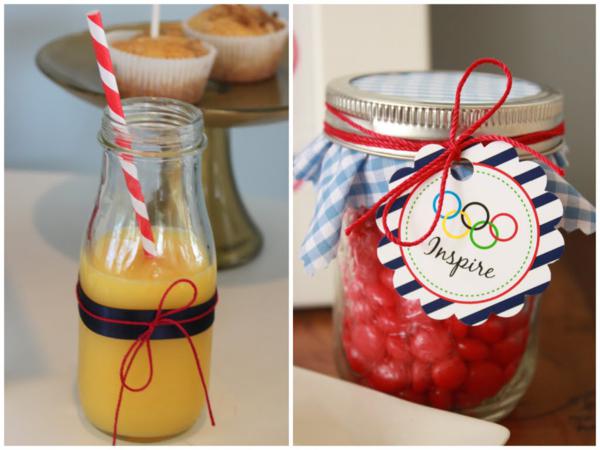 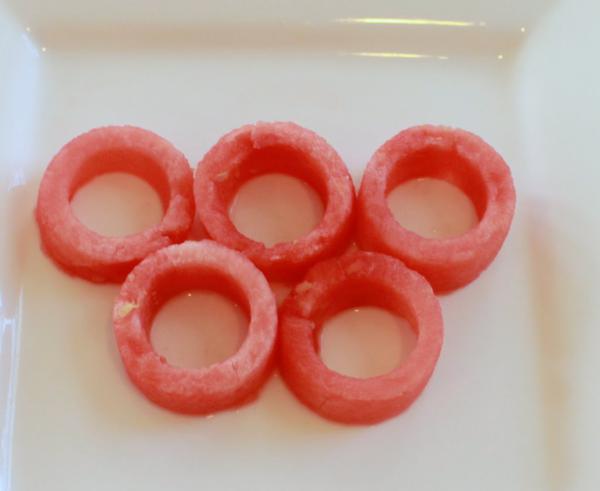 Olympic ring watermelon circles made out of cookie cutters. 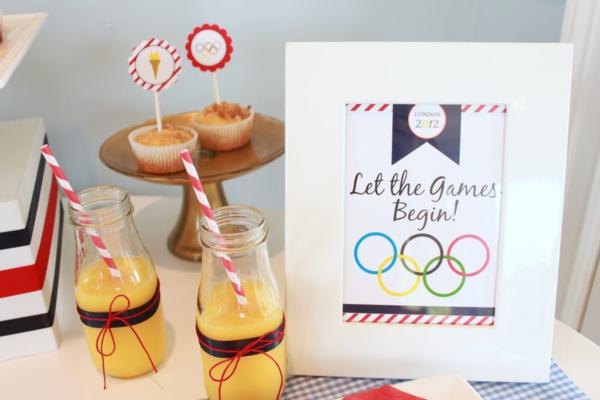 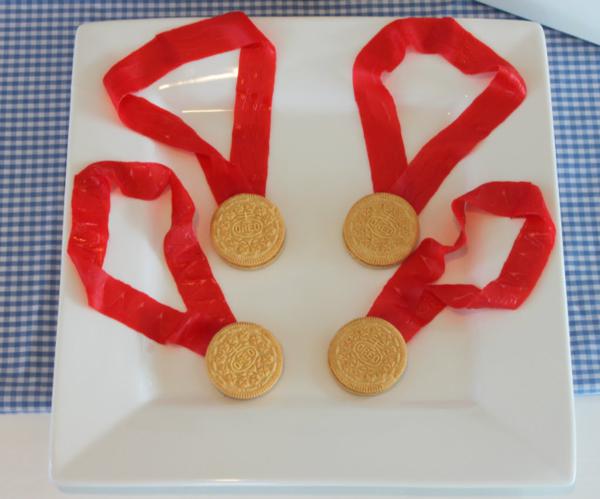 Medals made with Fruit By The Foot and vanilla Oreo’s! 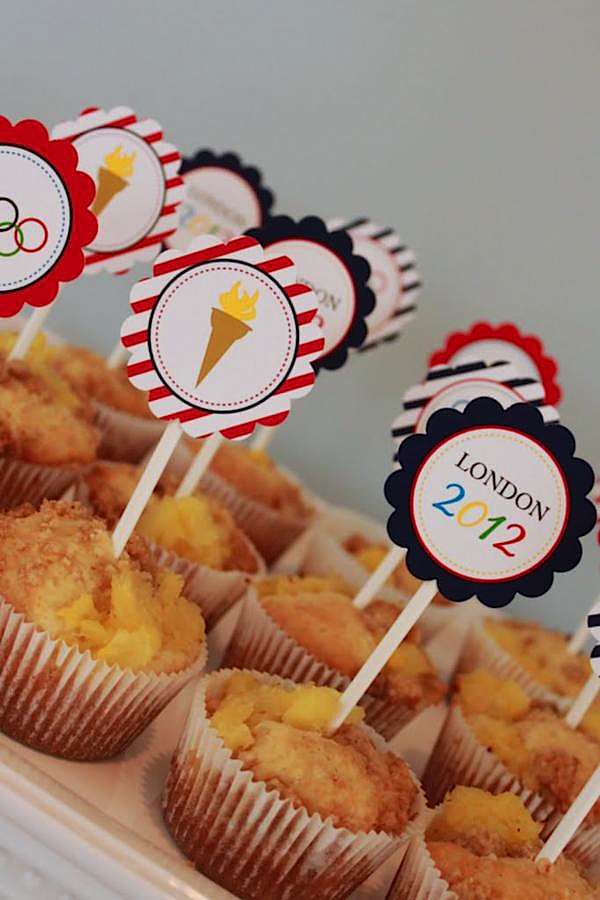 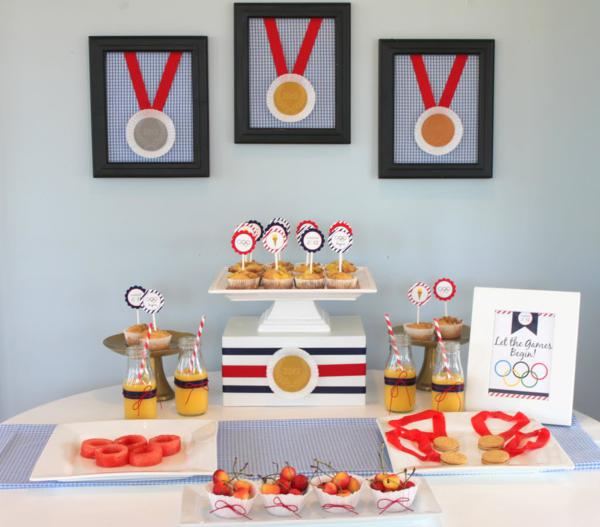 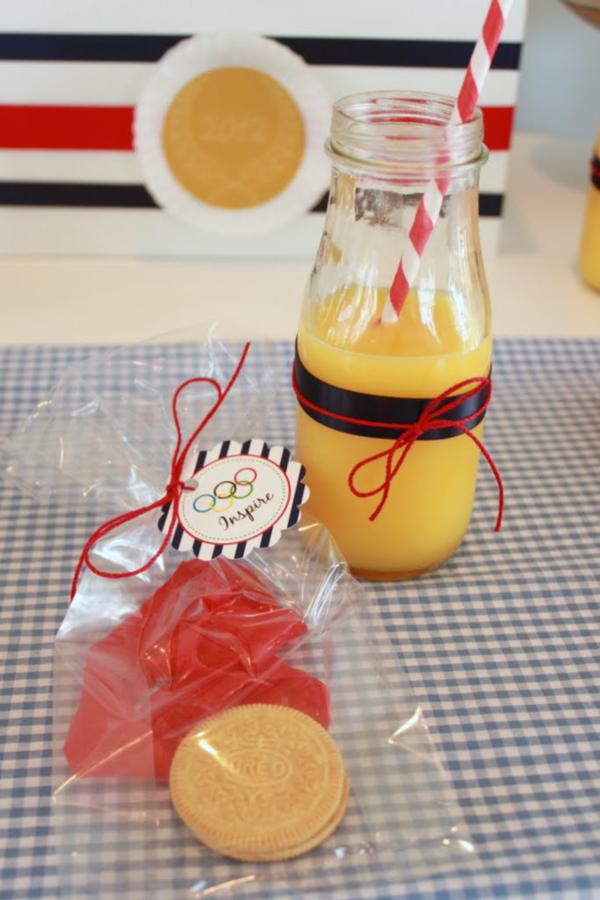 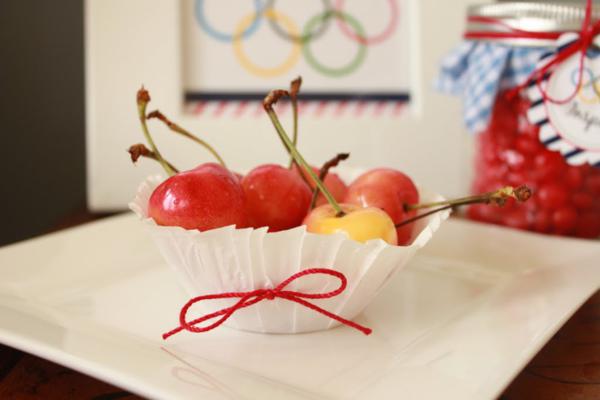 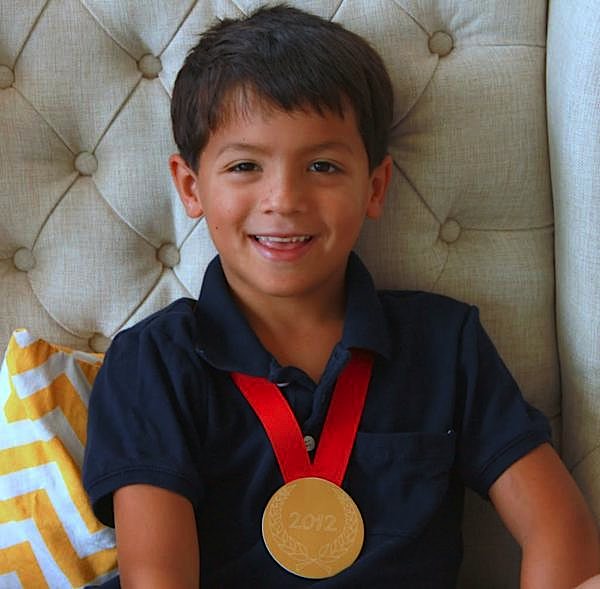 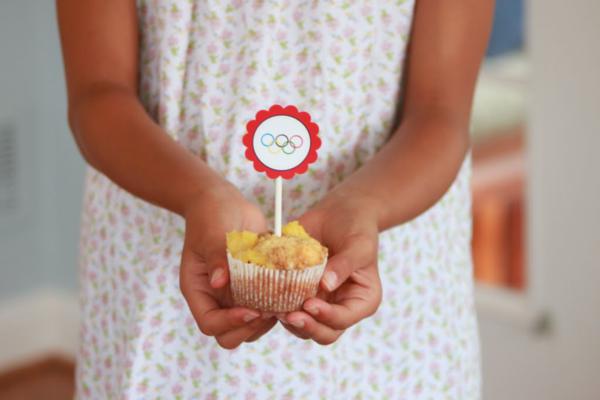 Find the below olympic party printables for FREE HERE! 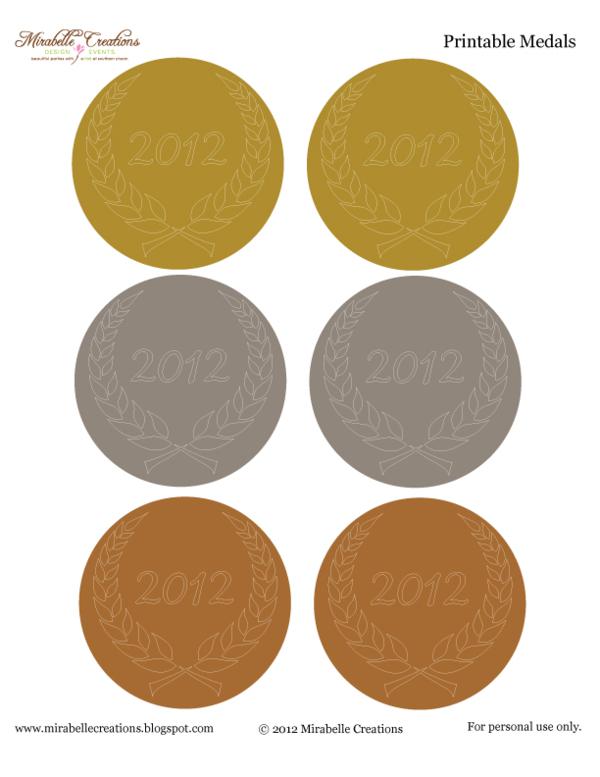 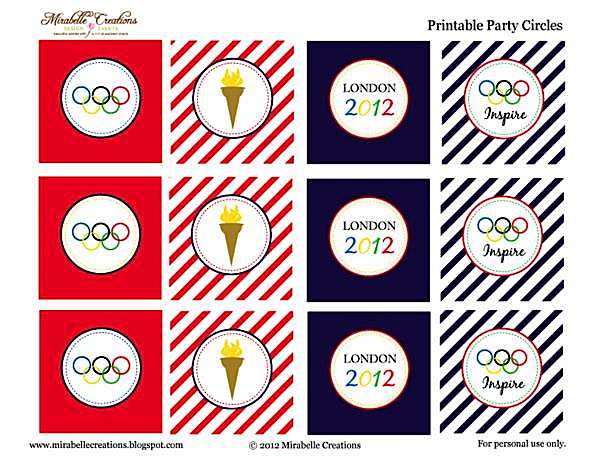 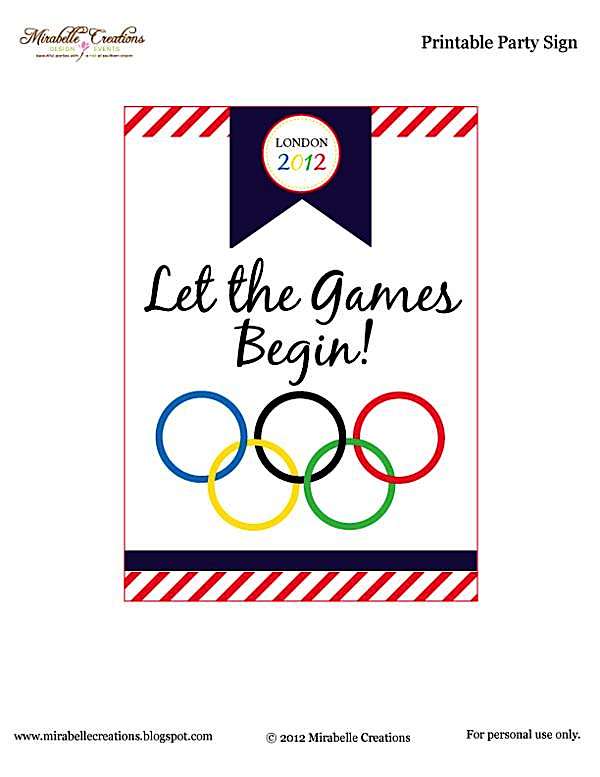