What a fun take on a dinosaur party! This cute ORANGE & GREEN DINOSAUR 4TH BIRTHDAY PARTY was submitted by Karolina of Karo’s Fun Land.

“I threw this Dinosaur Party to celebrate my twin nephew’s 4th birthday. Last year they were all about Toy Story. This year they’re more active, adventurous, and sooo loving dinosaurs. So I thought they were gonna love a dinosaur theme for their 4th birthday. Sure they did!!!

My Inspiration for this party started with the color palette from the Anders Ruff dinosaur printable. I just simply love those happy and fun colors. From there I decided to put together a table with some fun themed treats which included green dinosaur rice krispies, bugles corn snacks simulating dinosaur toenails, dino-mite jellos and vanilla cupcakes with dinosaur toppers from Edible Details. Yum Yum!! And because my nephews love balloons I included two giant orange balloons to the table decor. The kids love them!

For the centerpieces, I just wanted to do something simple, but fun. I filled some jars with rocks, fake grass, and dinosaur figurines. They turned out T-Riffic!!!!

The cake was also simple, but totally cool. I decorated a plain vanilla frosted cake with shredded coconut, and topped it with my nephew’s dinosaur toys which were wearing party hats.
There were also dinosaur footsteps which directed thirsty guests to the dino-mite drink station. I definitely had the best time styling my nephew’s birthday party. They already named me as their official party planner WooHoo!! We totally had a blast and a roaring good time!!!!” 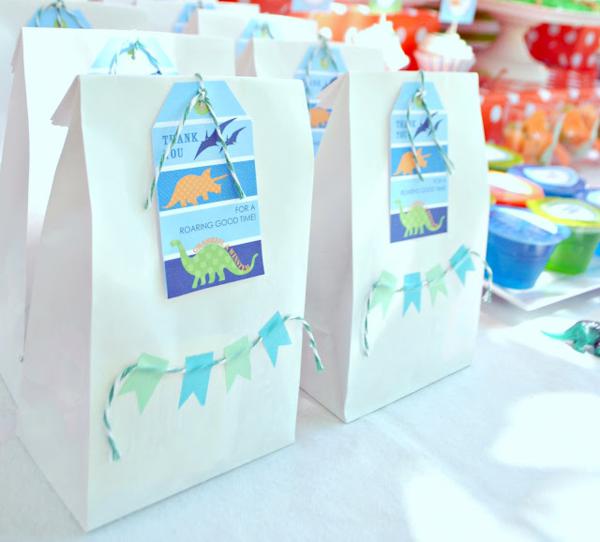 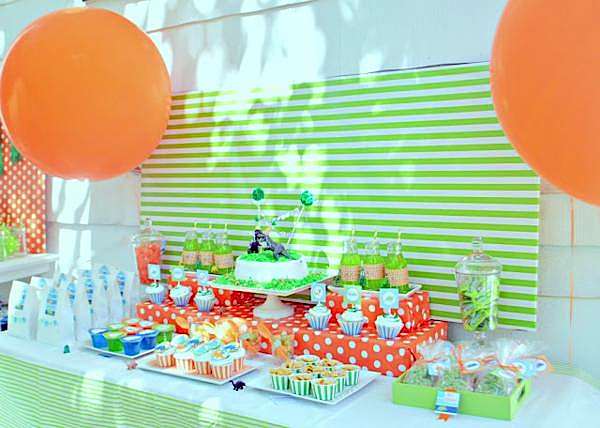 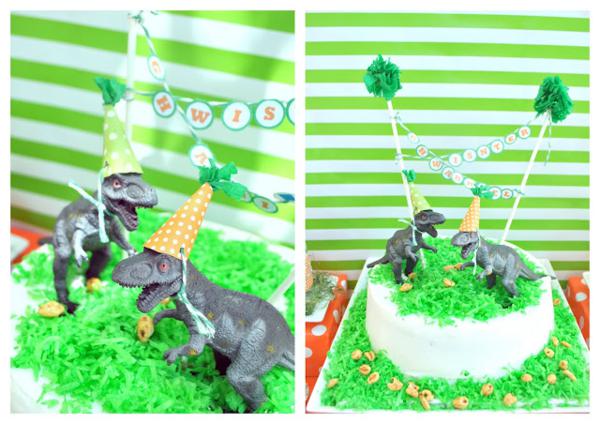 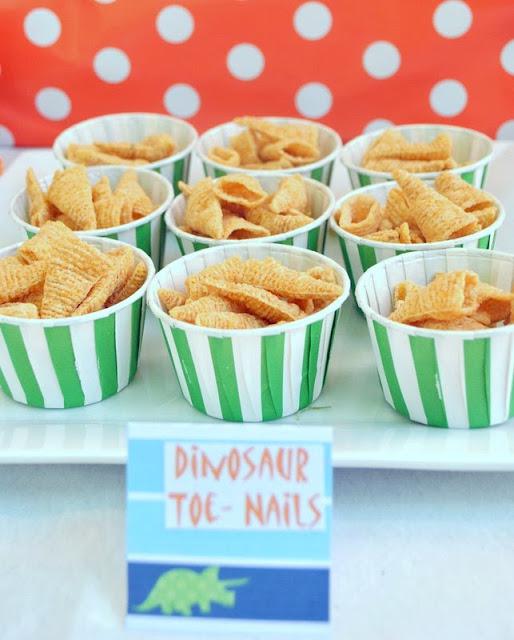 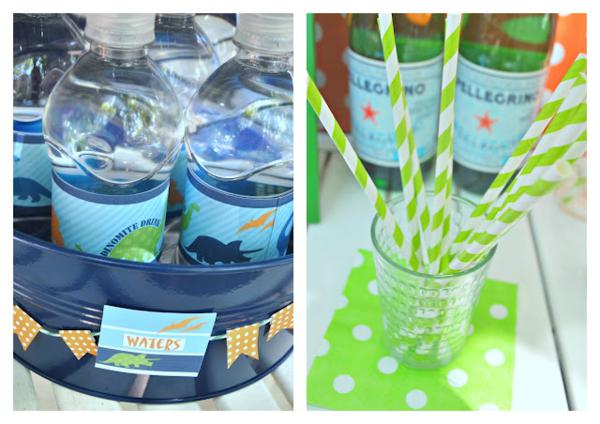 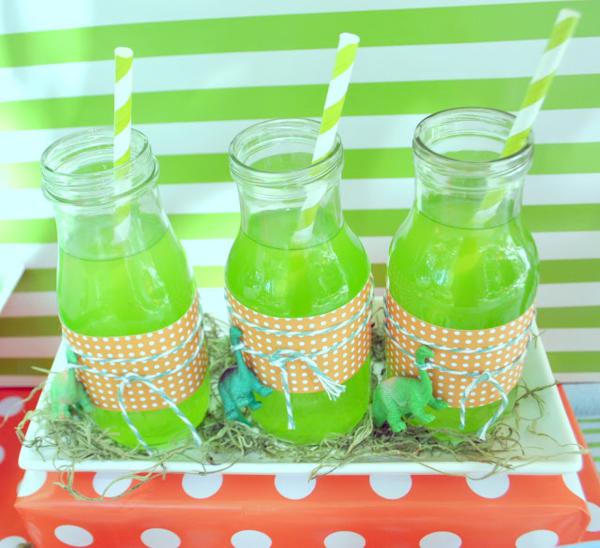 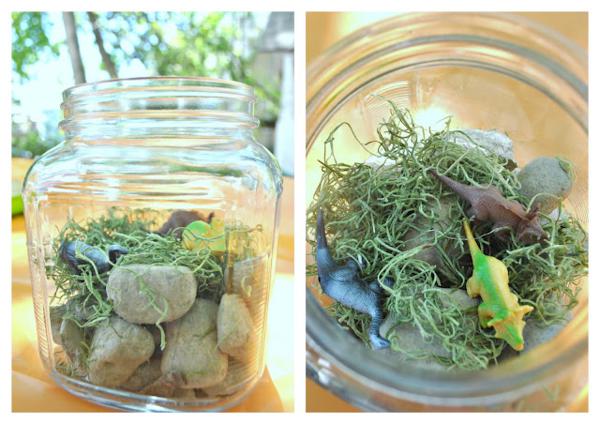 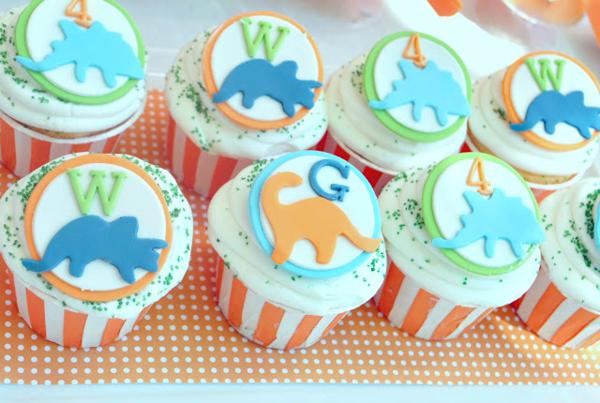 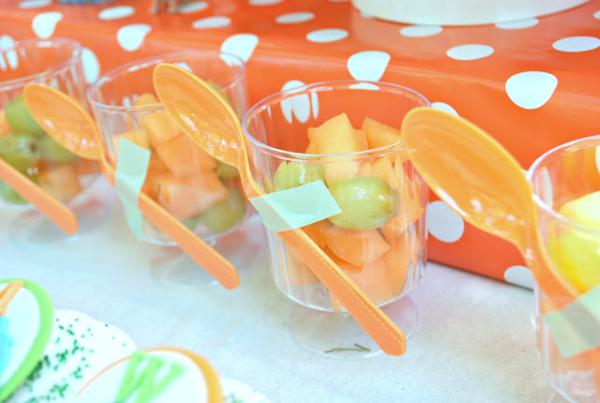 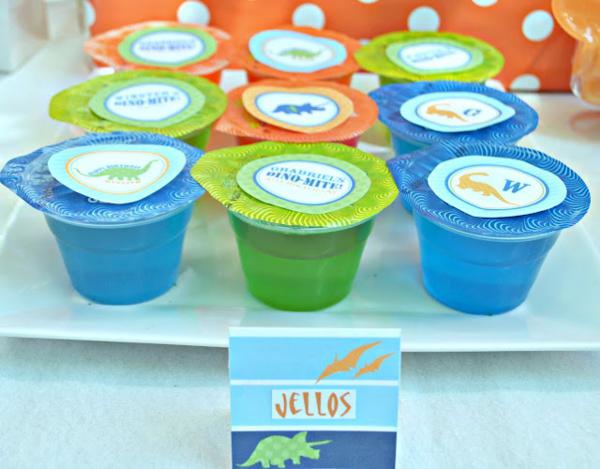 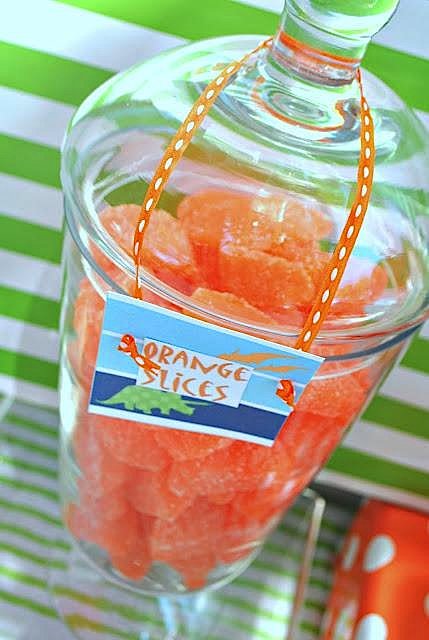 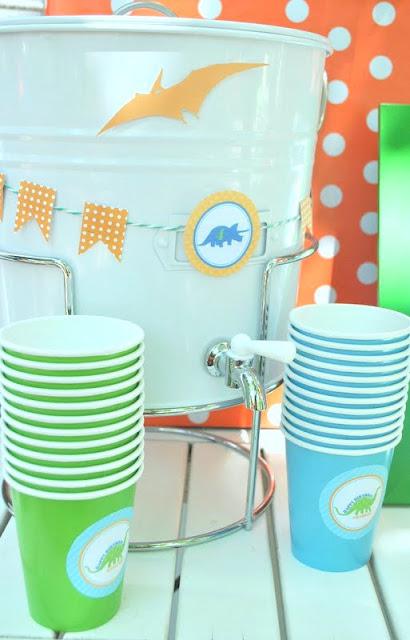 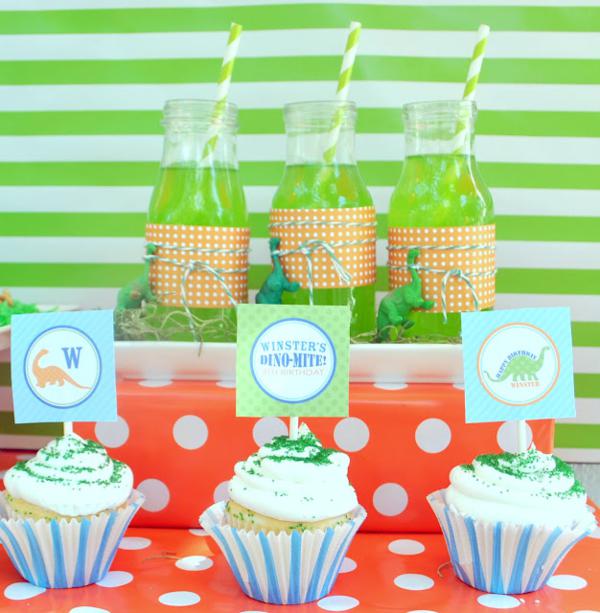 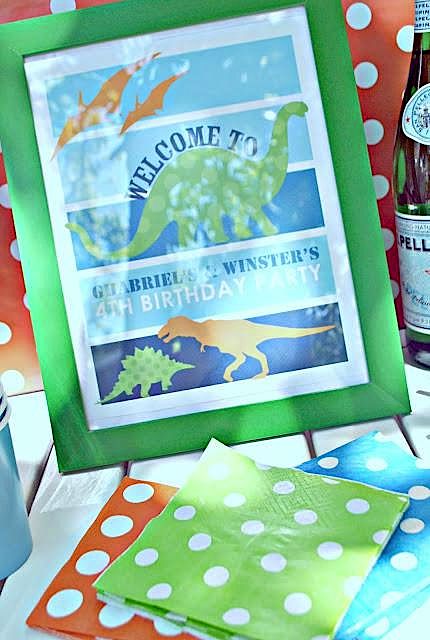 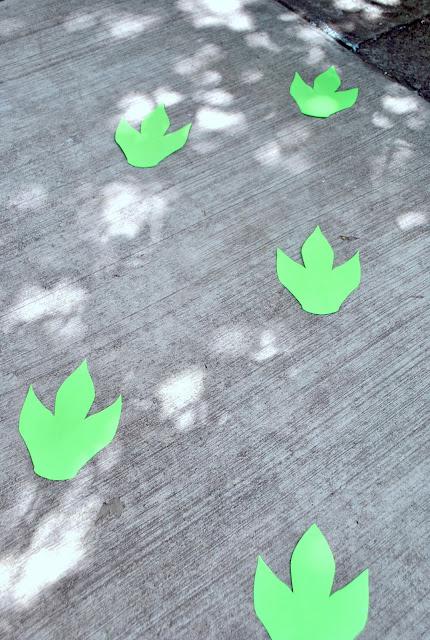 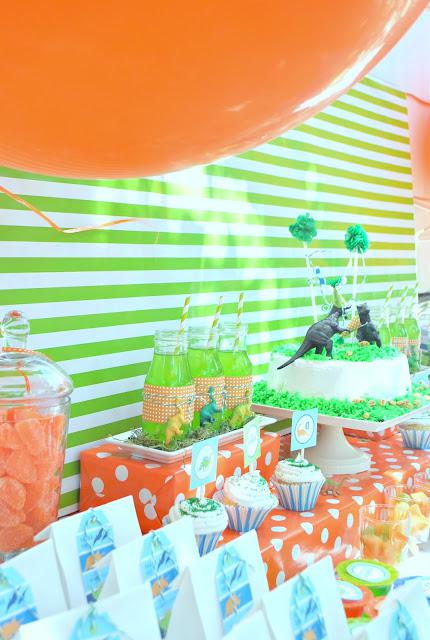 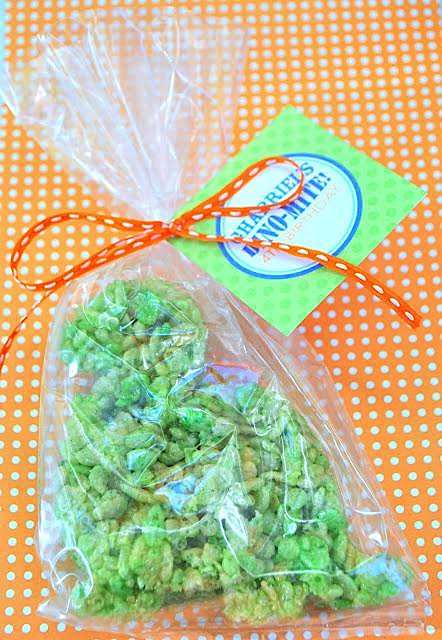 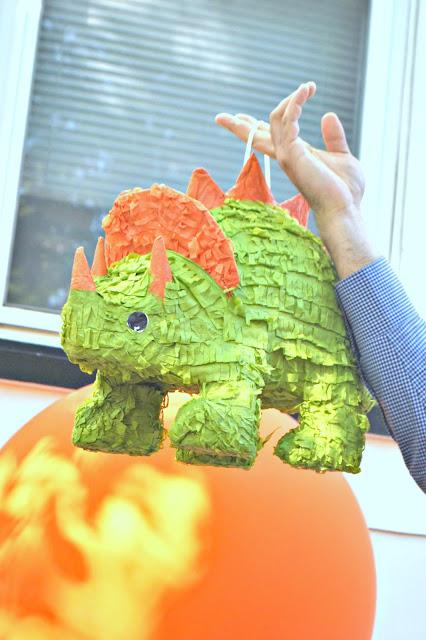