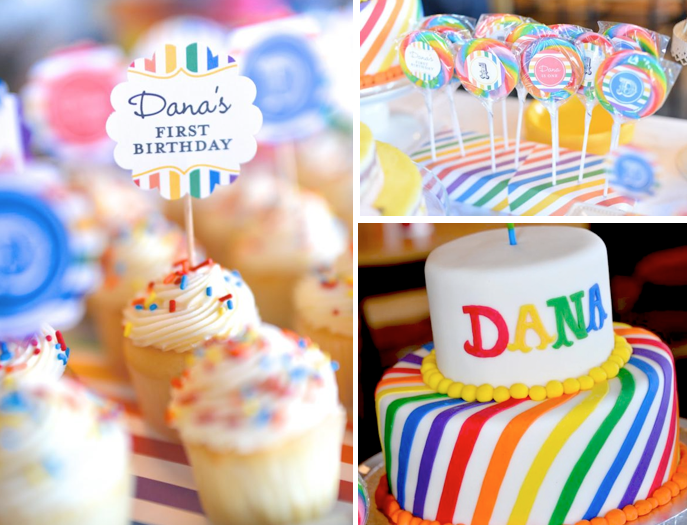 This lovely RAINBOW THEMED KOREAN DOL 1ST BIRTHDAY PARTY was submitted by Jiye Lee of Dress Up Files. I love the lollipops, cupcakes & cake! There are a lot of fabulous rainbow themed party ideas here, so look closely!
Jiye said this about planning the party- “For my daughter’s 1st birthday party, more than 50 kids were set to attend and having it at an elegant restaurant was absolutely out of the question. I ended up renting out a gigantic indoor playground. As friends were leaving at the end of the party, I noticed that child after child was walking out with a huge smile and a sweaty mop of hair and I knew the party had been a success.  When kids are having fun, parents get to relax and chit chat. Winning!
A few months ago, I started seeing pictures of rainbow themed parties pop up all over the internet and I was sold.  I love the impact the vibrant colors have and how cheerful and happy it looks.
All the paper goods were by chickabug, including the invites, cupcake toppers, banner, favor labels, etc. I bought the files and printed everything at home. She was so great to work with and very helpful!  And I think the paper goods are what really brought everything to life.
We played Dohl Ja Bee, a traditional Korean game played at first birthdays. You set up different things in front of the baby until they grab one and it’s supposed to predict what their future will hold.  For example, pencil means they will be a scholar, golf ball means an athlete, microphone means an entertainer and so on. My daughter ended up choosing the stethoscope. My grandfather was a doctor so maybe she will follow in his footsteps!”
Items used in this party available in Kara’s Party Ideas Shop:
Rainbow Party Supplies
Balloons
Cupcake Liners
Apothecary Jars
Gumballs
Candles 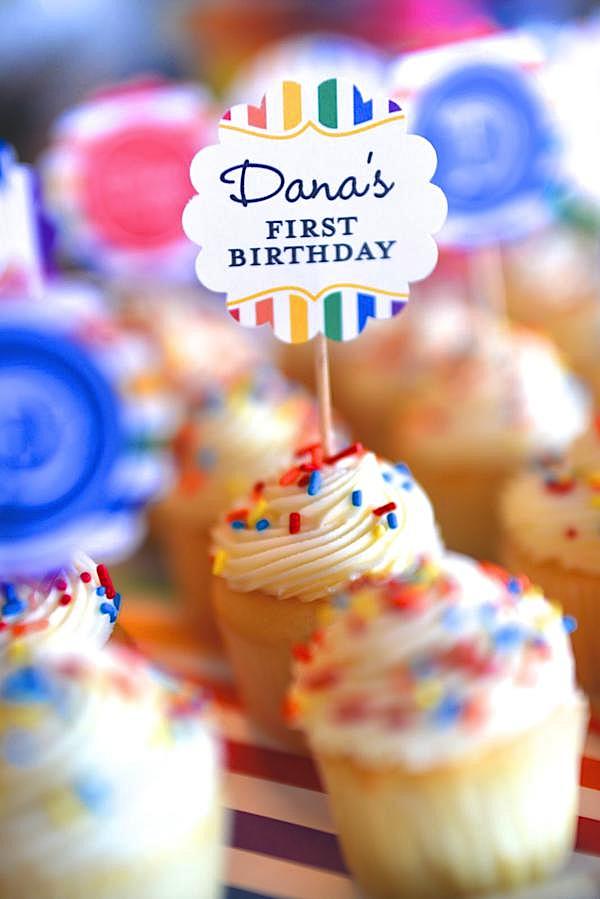 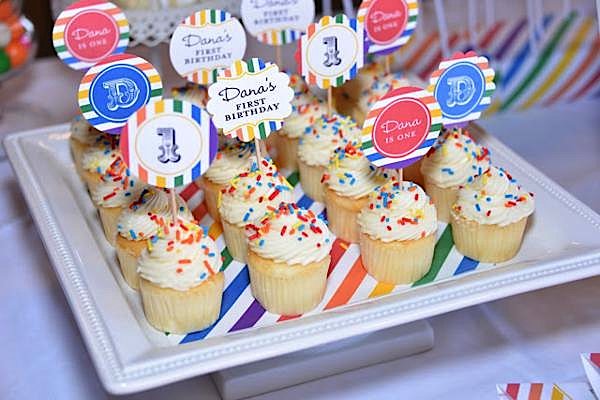 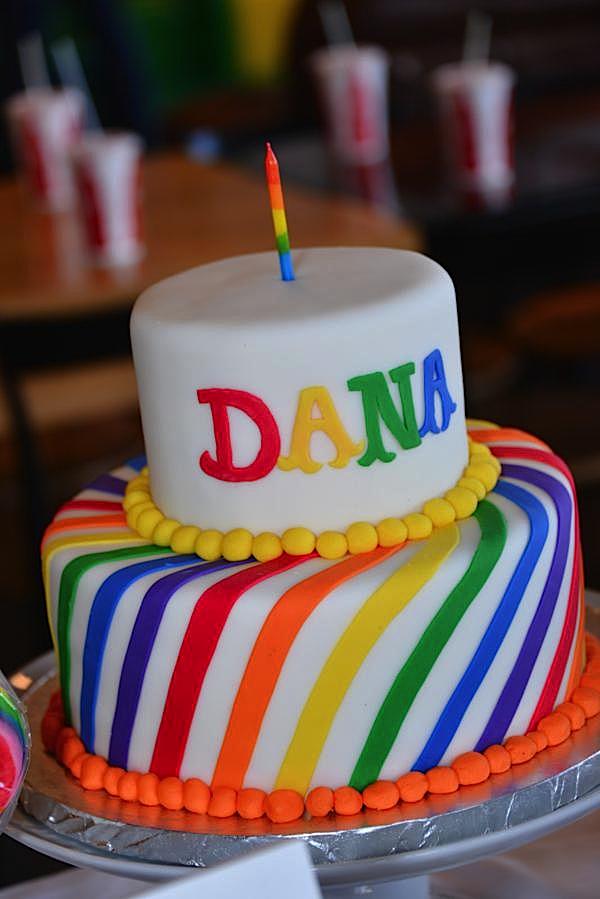 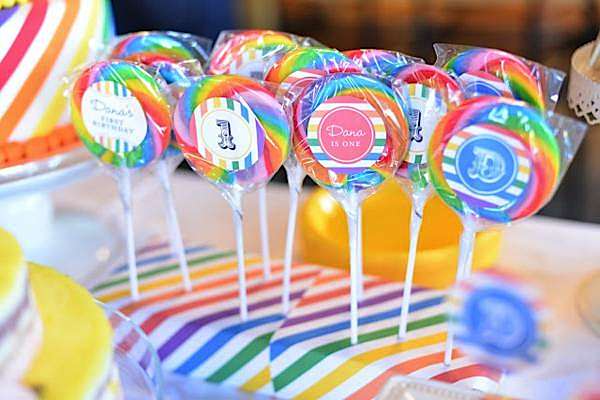 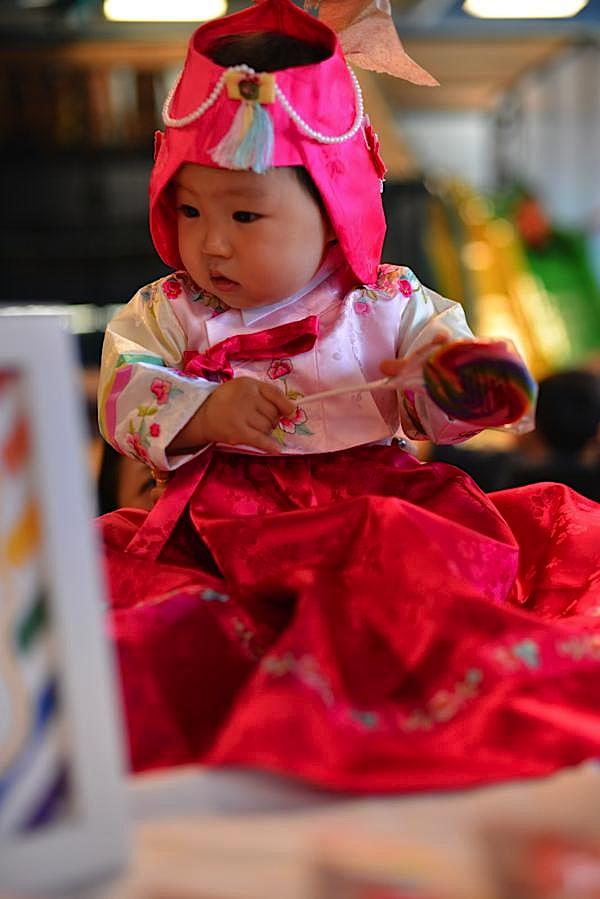 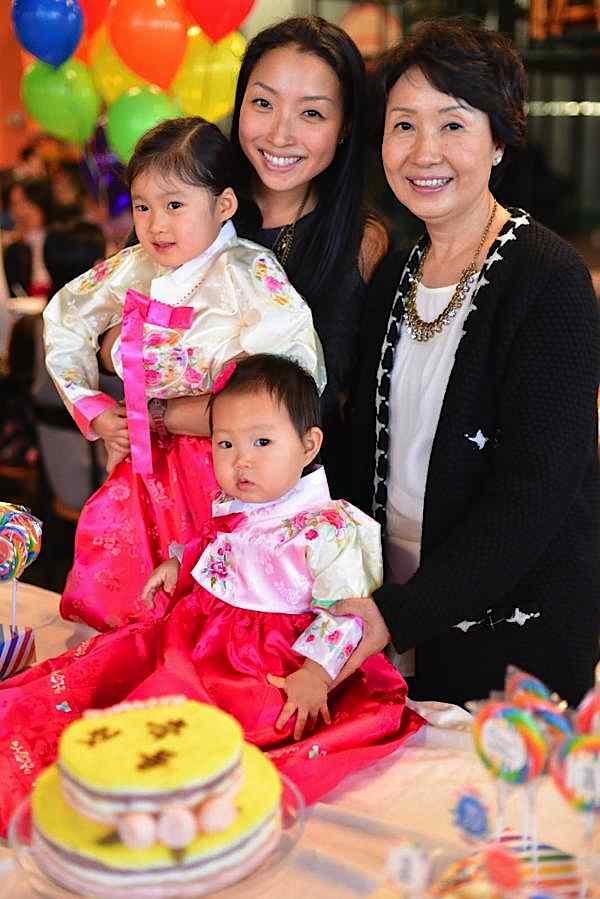 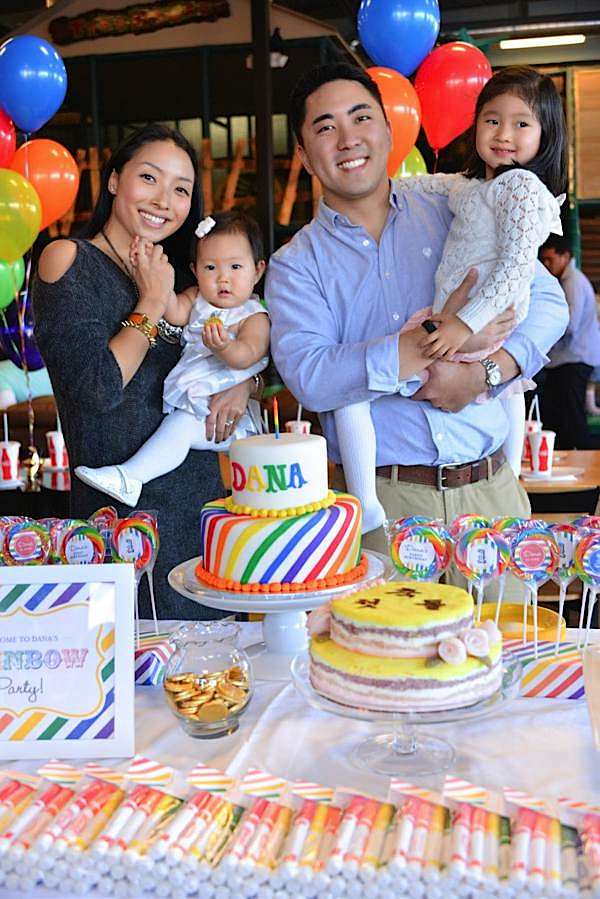