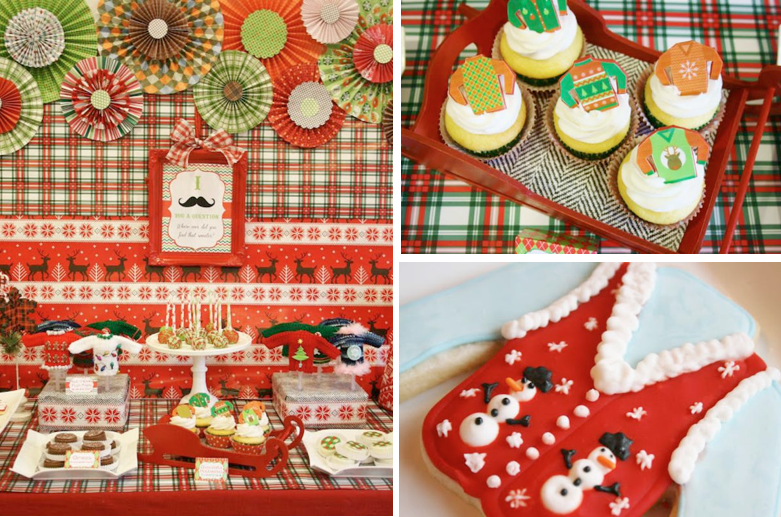 This spectacular UGLY SWEATER + MUSTACHE THEMED CHRISTMAS PARTY was submitted by Kate Petronis of And Everything Sweet! Oh my goodness, what an awesome party full of darling ideas and holiday party inspiration! 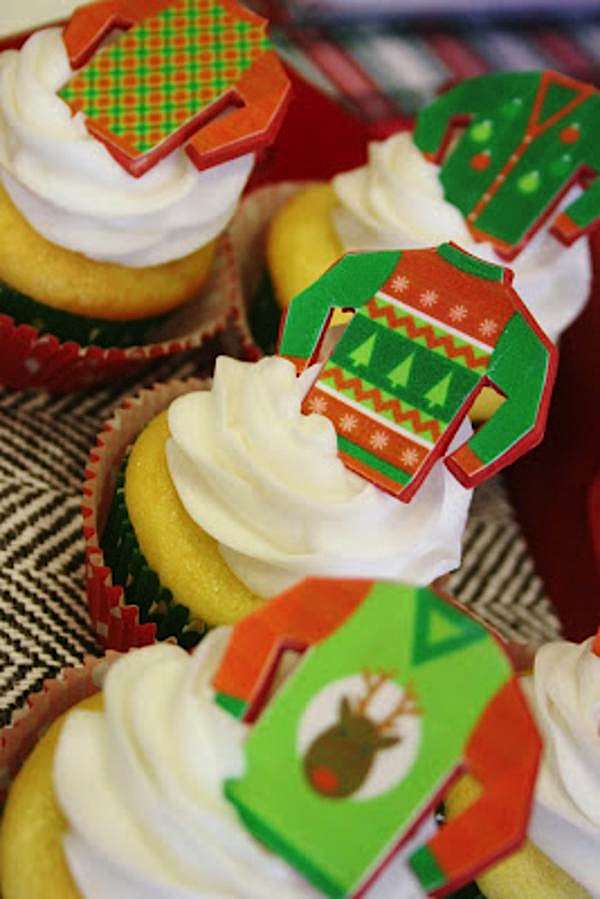 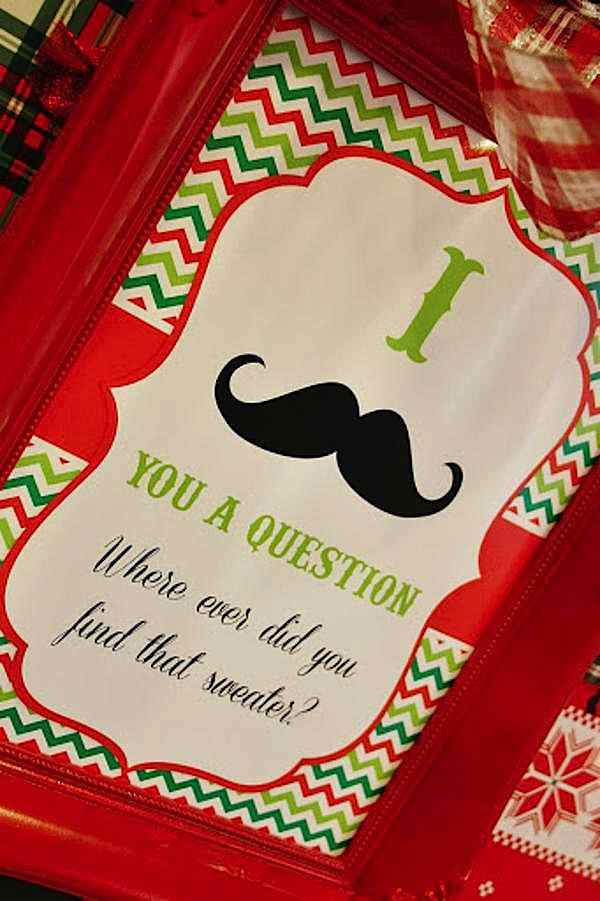 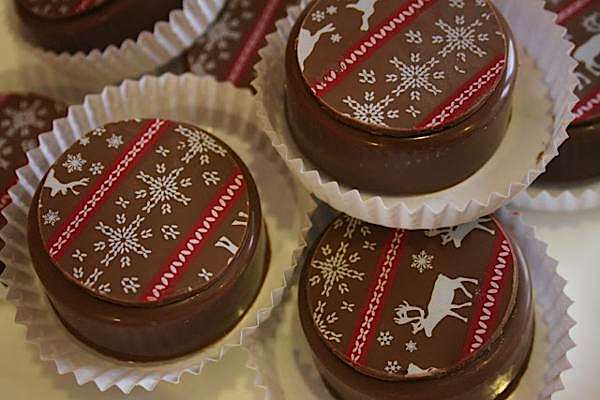 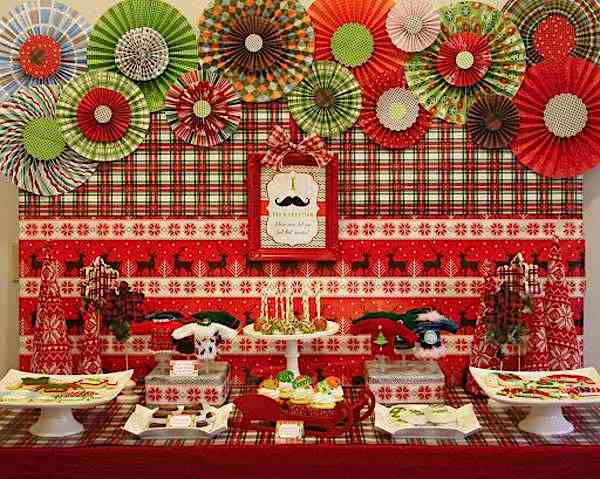 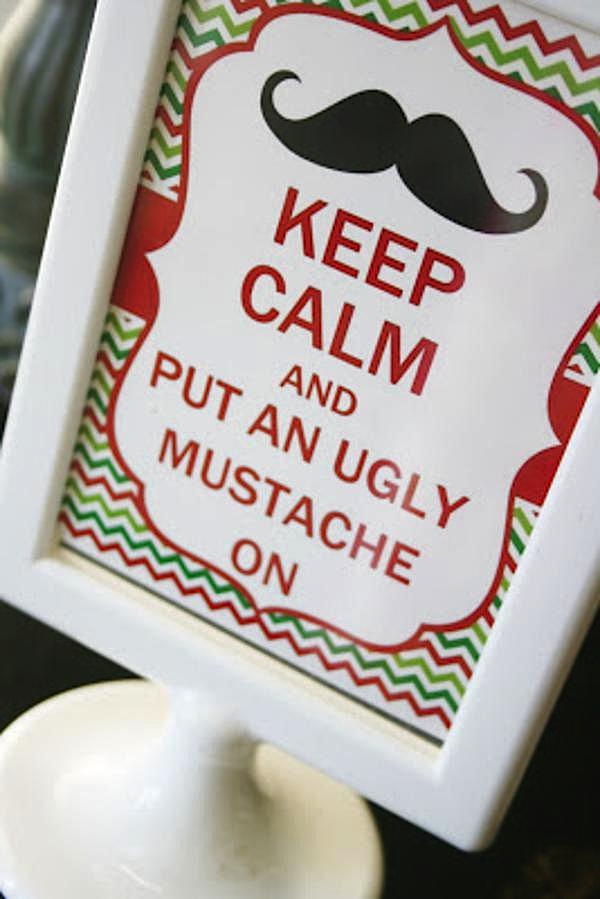 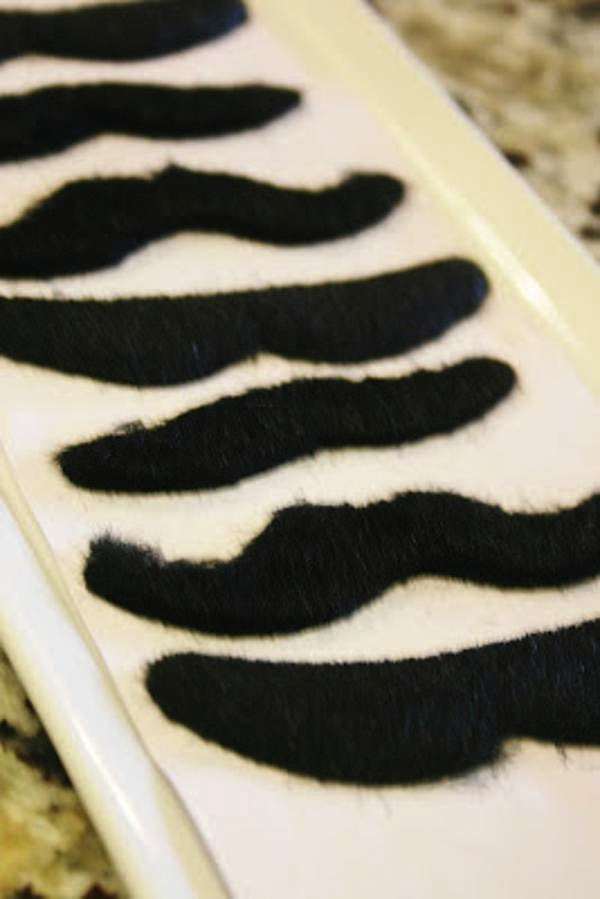 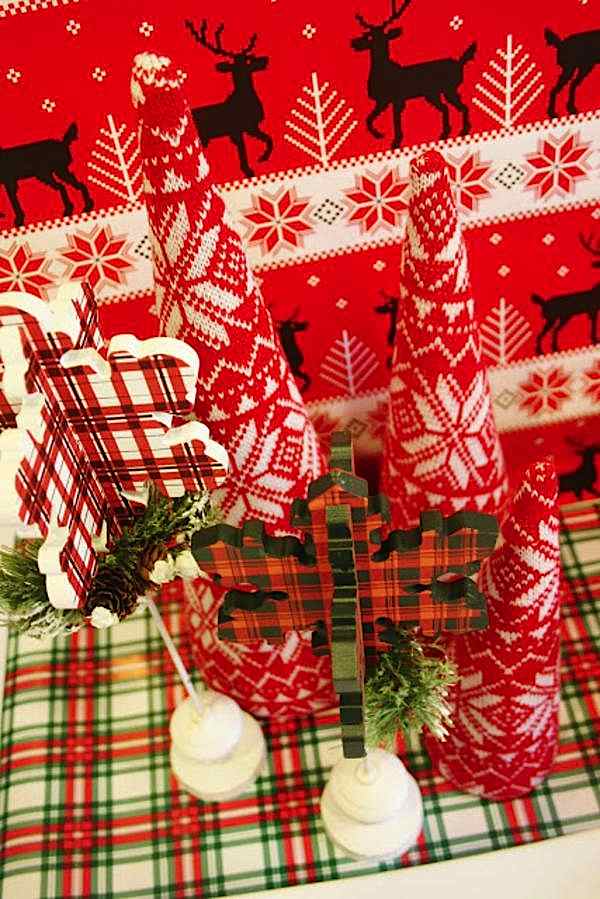 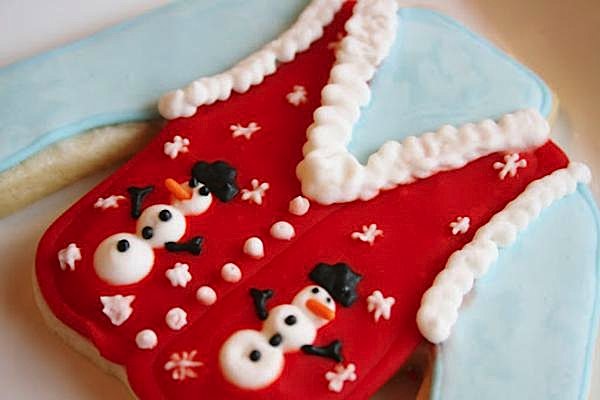 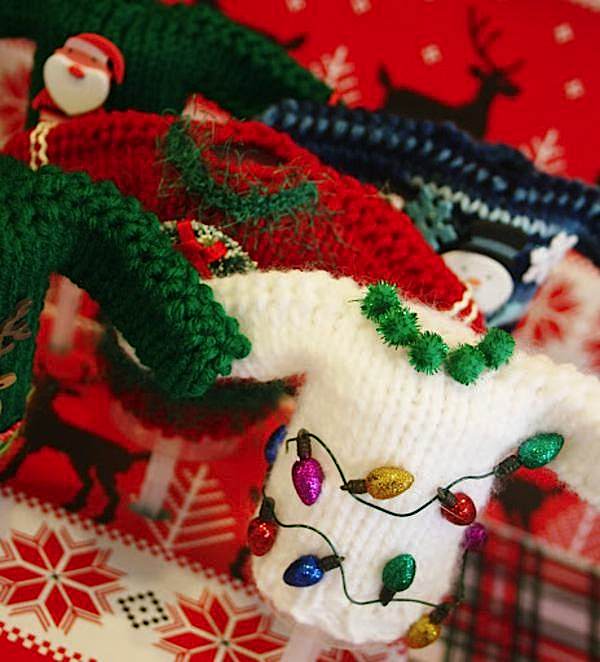 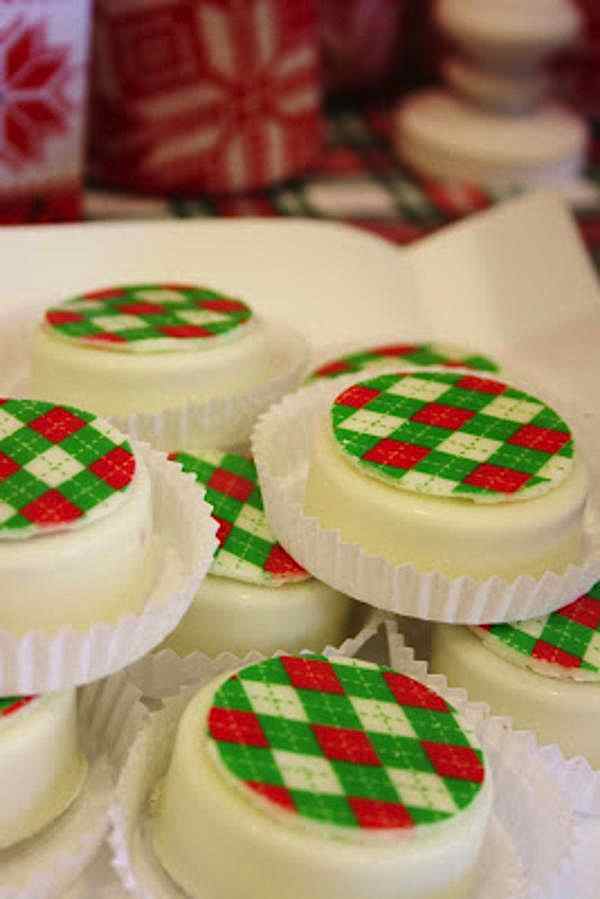 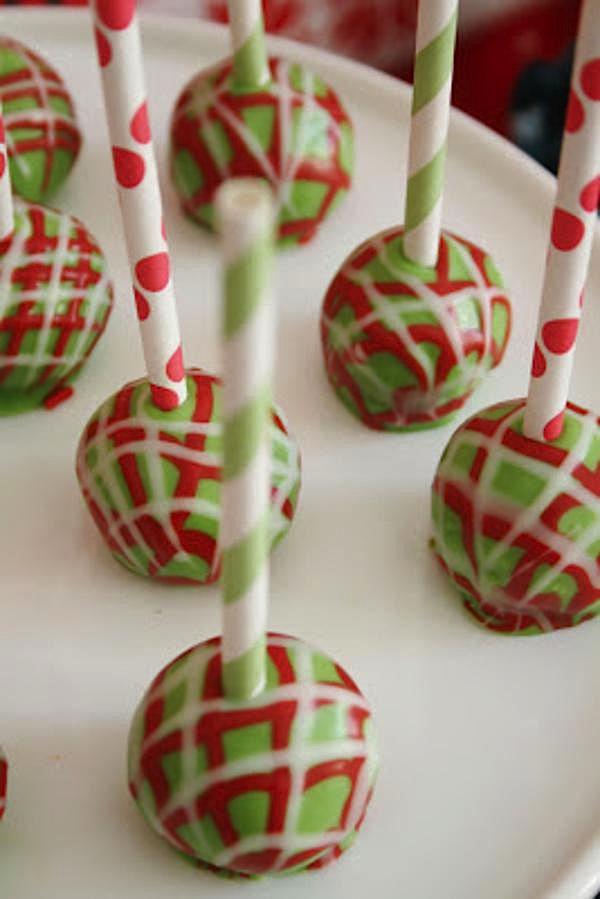 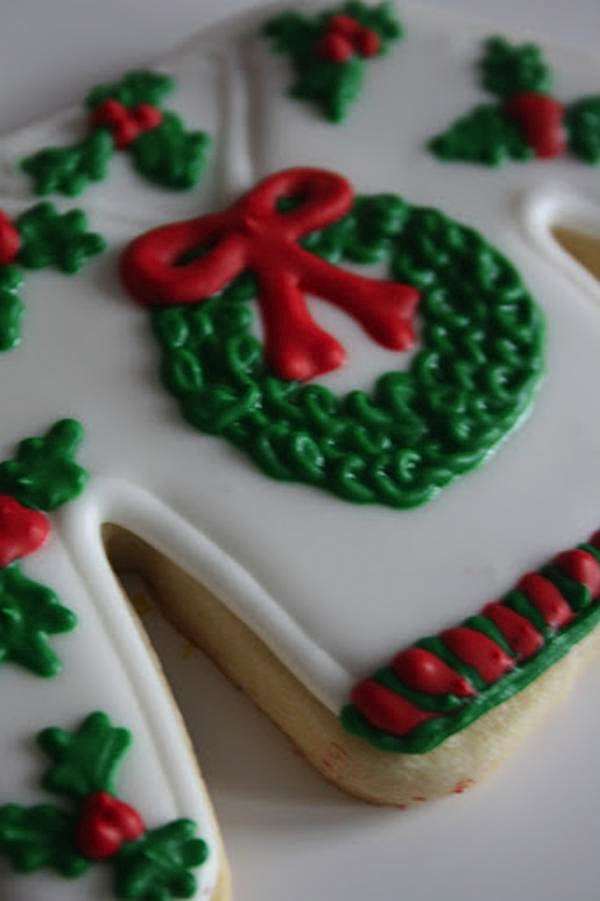 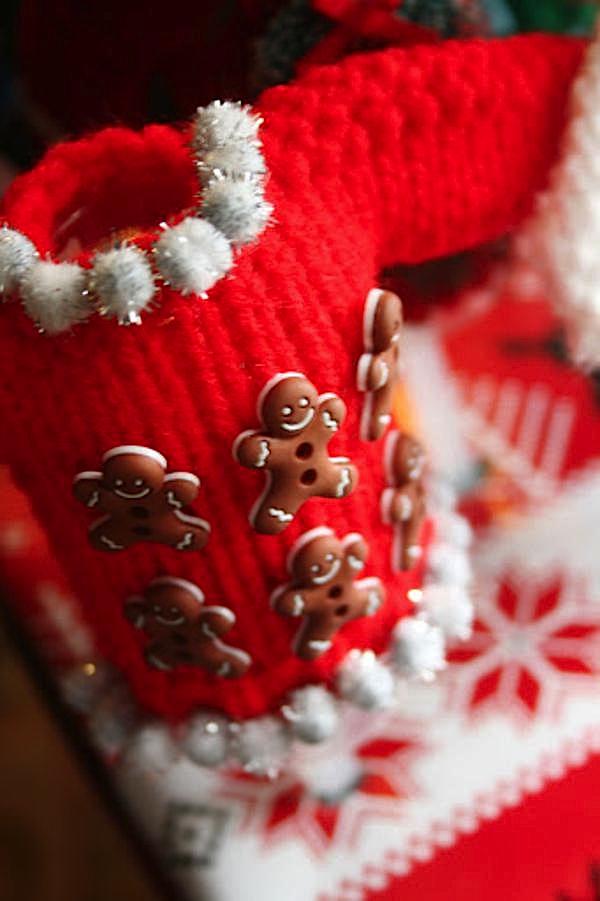 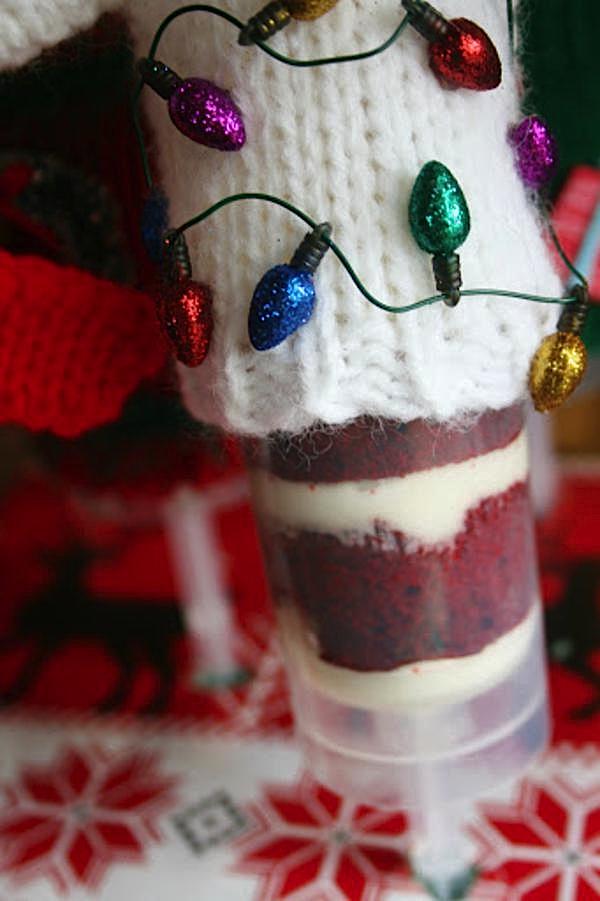 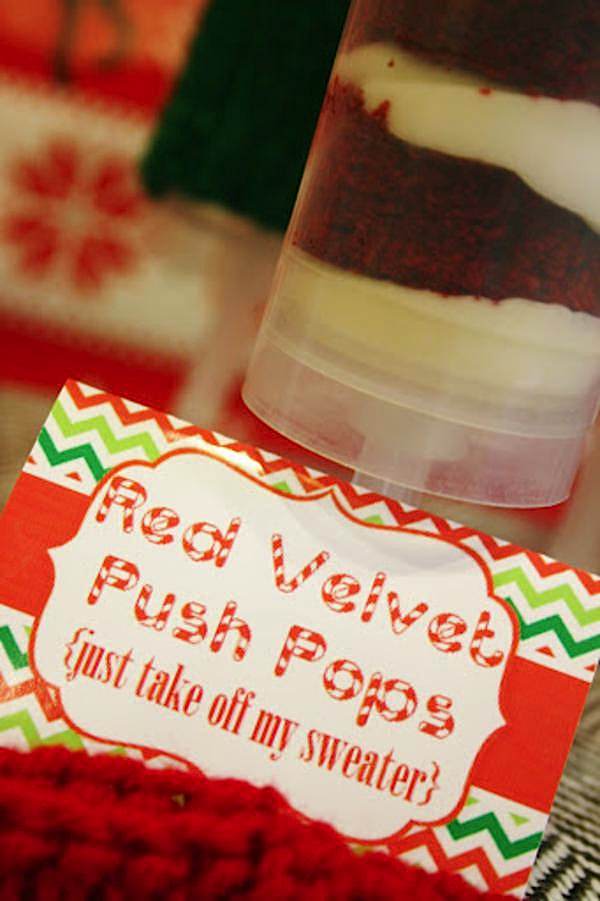 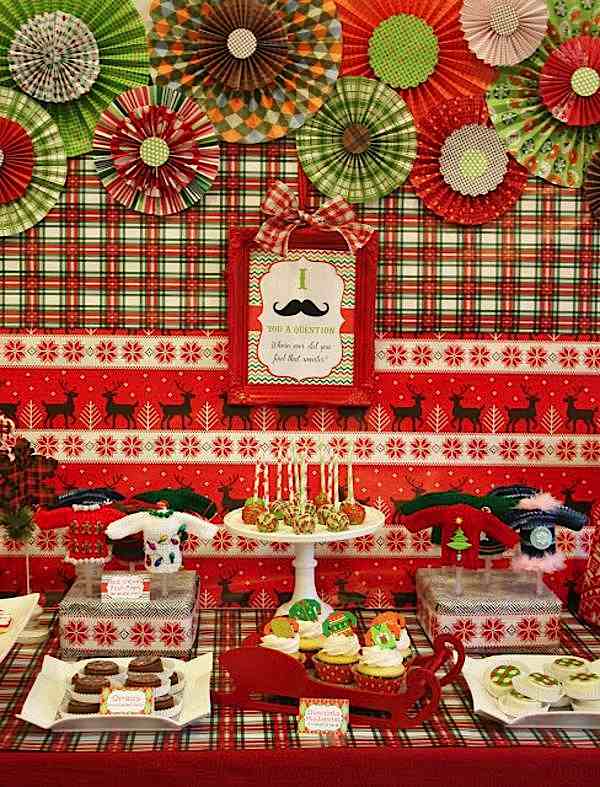 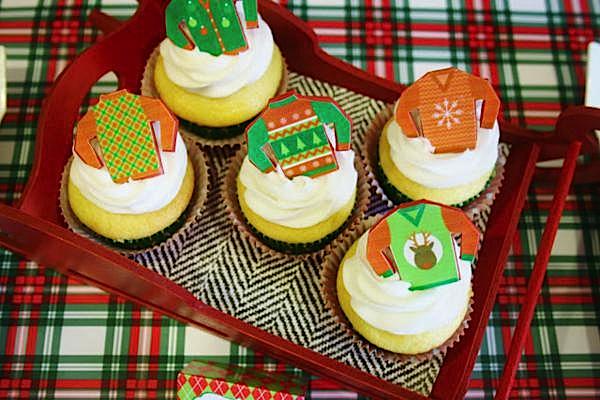 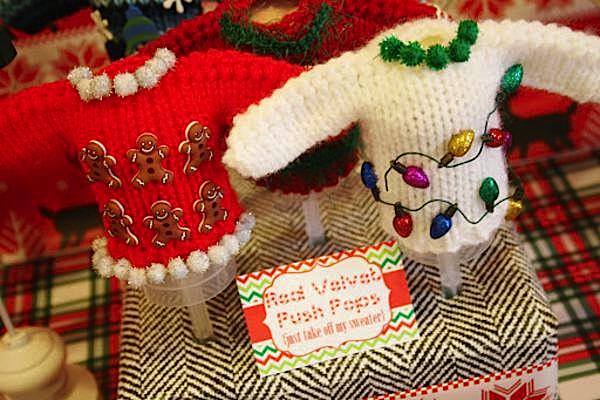 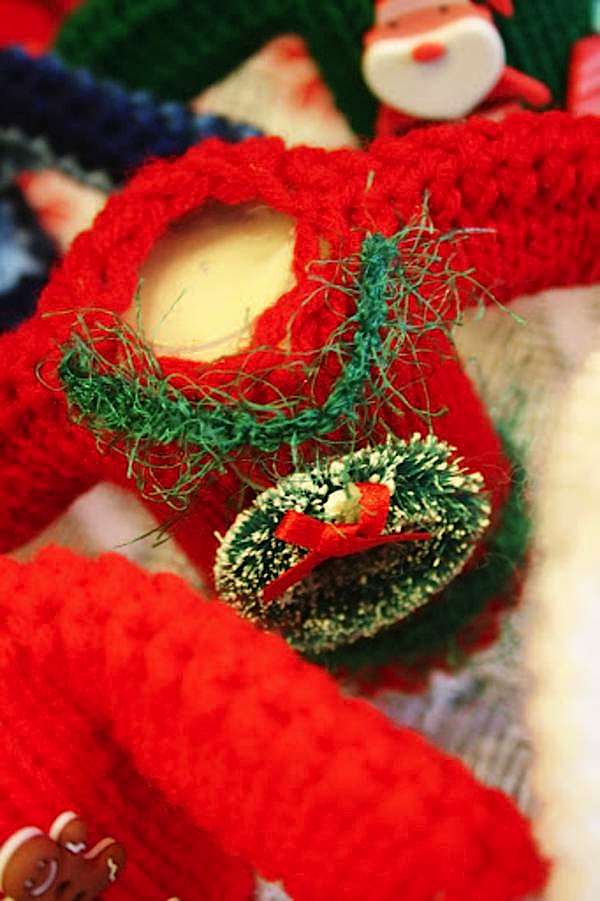 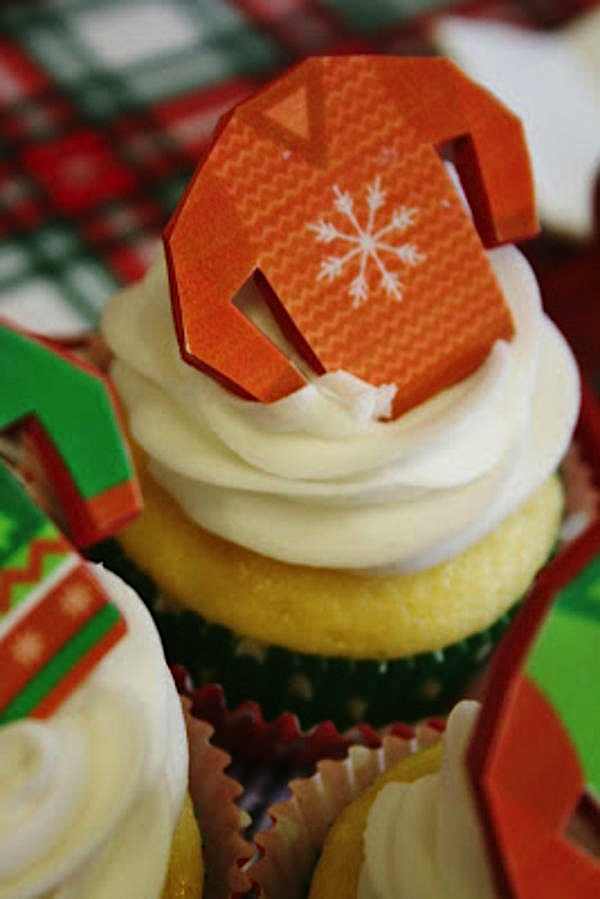 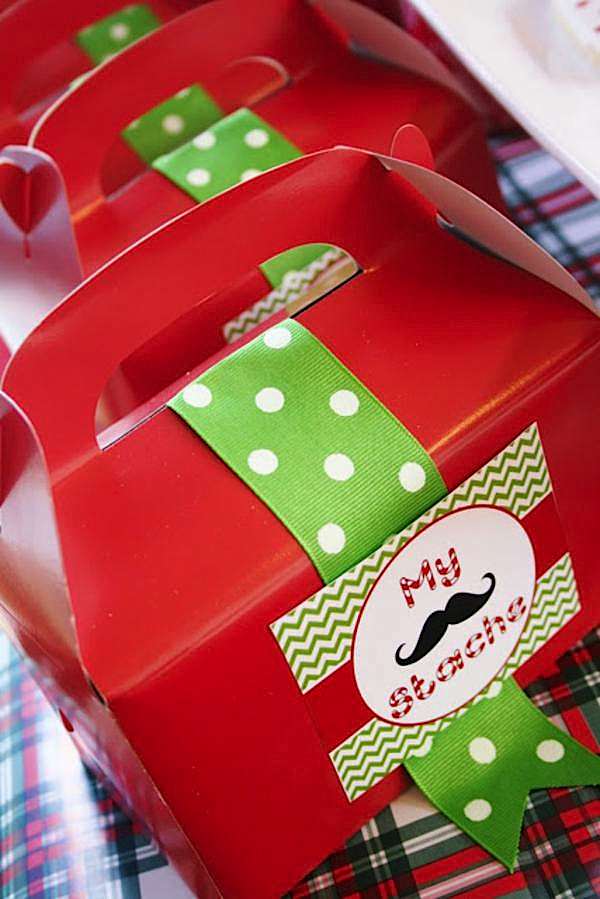 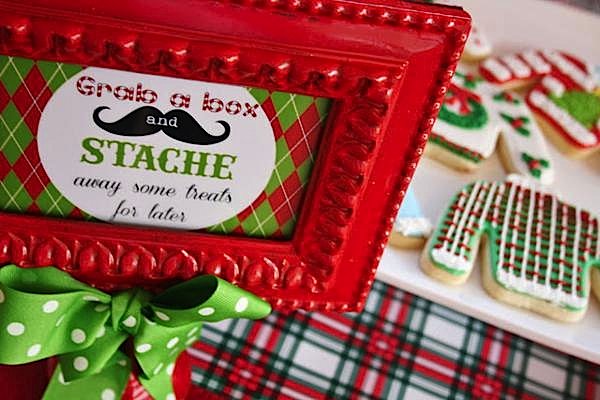 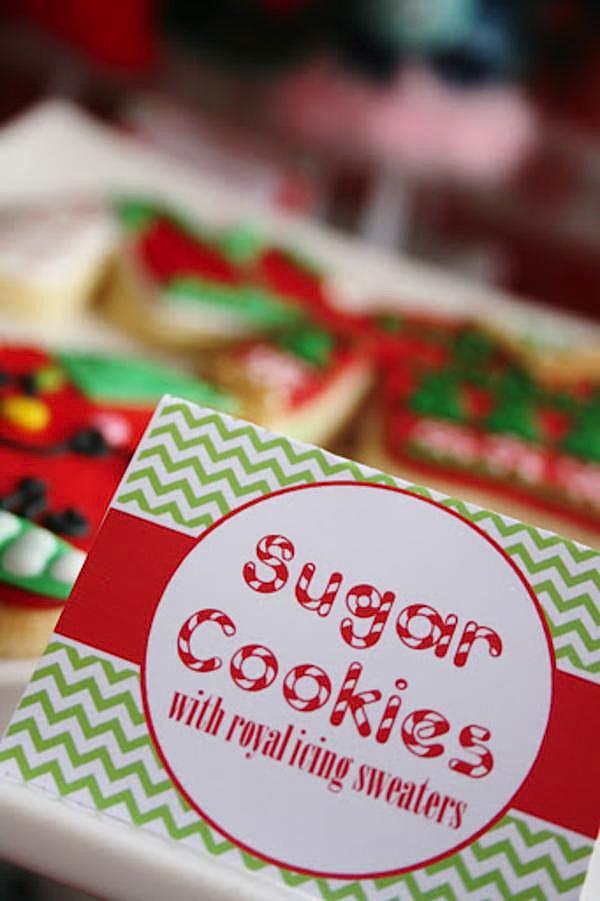 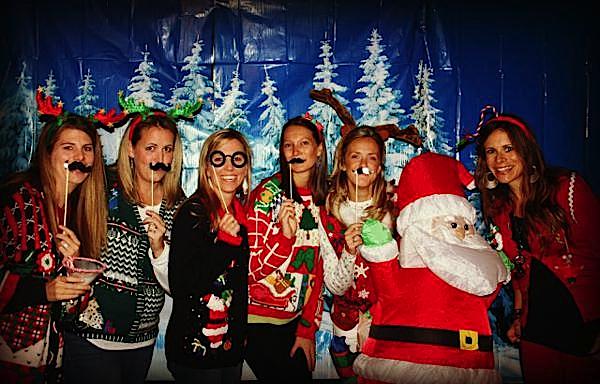 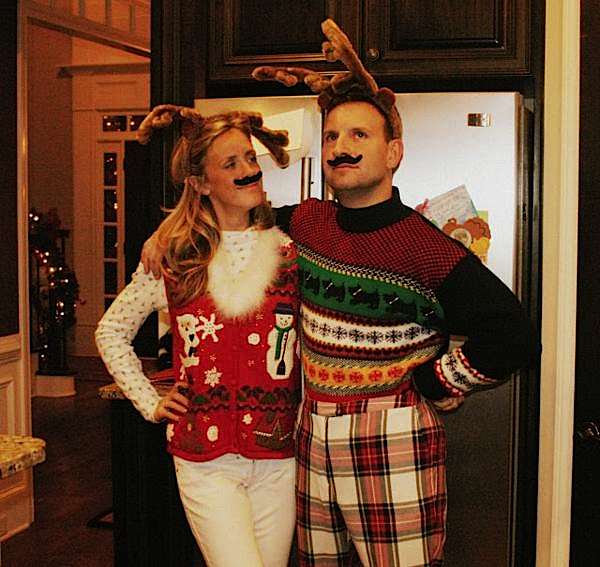 Kate said this about planning the party-

“This past weekend I threw my third annual trophy husband party: theme-UGLY CHRISTMAS SWEATERS!! It was such a blast! My favorite type of party is one where people are forced to dress silly to fit in. Its an instant ice breaker as the moment guests walk through your door everyone is laughing at each other. ;)

I had SOOO much fun putting together the dessert table for this party. It was a bit of a challenge because obviously I wanted the table to be UGLY, but then again I didn’t. ;) I used a lot of different colors and patterns to create a mismatched/yet somewhat coordinating theme. Who knew ugly could be so challenging!?!?

Lauren, from Lauren Haddox Designs, shared her Tacky and Mustachey collection with me. It fit perfectly with my theme. I loved the addition of mustaches!! Since it was also a trophy husband party it totally fit!

I don’t normally “do” cookies. I looked into purchasing some, but at $5/cookie (at the lowest) I figured I’d try my hand at them. Let me just tell you, $5/cookie AIN’T enough! These little suckers are time consuming!!!

My FAVORITE addition to the table were the little sweater push pop desserts. SO awesome! I purchased the sweaters from Susan’s Sweaters on etsy. They’re Barbie sweaters, hand knitted and then I got my hands on them and tackied them up. (THAT was FUN!) Under each sweater is red velvet cake and cream cheese icing in a push pop.

And since adults don’t typically attack desserts quite like kids, I left some boxes out on the table so they could “stache” away some treats for later (i.e. their kids). That worked! The dessert table was 100% cleared by the end of the night as guests left with their boxes of goodies.

I set up a cheesy photo booth with a winter background purchased at Oriental Trading, some silly photo props, and of course, a blow up Santa to pose with.

And since it was a trophy husband party I had to create games for the guys to compete against each other for title of #1 TROPHY HUSBAND. Let me first start off by saying we have the BEST, most COOPERATIVE group of guy friends EVER! They truly are trophy husbands!! Such good sports!! (I can never have a normal party, with normal socialization). We did a version of dizzy bat (a trophy husband party tradition). We split the guys into two groups and created a relay race. Using wrapping paper as “the bat”, they had to spin around 4 times with an ornament in their hand. A few feet away from the start was a little Christmas tree. After they were done spinning they had to RUN and place their ornament on the tree and then run back. Once they reached the end the next guy could start. HILARITY!!! They were all over the place, some even fell from too much dizziness. (so funny, like pee in your pants kind of laughing, just saying).

Next, was blindfolded gift wrapping. The guys were given a box (I used cracker boxes, mac n cheese boxes, etc) to wrap. (I pre-cut the paper so no one got hurt!) We blind folded them, put them in pairs (they had to share tape), and gave them each a box, paper and a bow. This was also a race. Whichever team finished first (both guys had to have a fully wrapped present, topped off with their bow) were then judged on which present of the two was most presentable. This game, again gave us girls some awesome laughs. It was belly busting watching these guys (in their ugly sweaters) try to share tape, find their bows, etc. Just awesome!

The final game we played was “Holiday Sausage”. In this game the guys were asked questions like “What was your favorite toy to play with as a child?” or “In your opinion, what was the biggest issue facing this 2012 election?” and the only answer you could say is “holiday sausage”. You’re not allowed to laugh or smile when you give your response. Funny game, but if you ask me the guys had WAAAAY too easy of a time keeping a straight face. These men are hard to break!!