This fun and creative BUNCO THEMED BIRTHDAY PARTY was submitted by Cris McGrath of Crissy’s Crafts.

Bunco is such a fun game…what a good idea to create a whole party around the game! I’m sure Cris’ daughter and her friends had a blast at this fabulous celebration!

Photography and Styling by Crissy’s Crafts 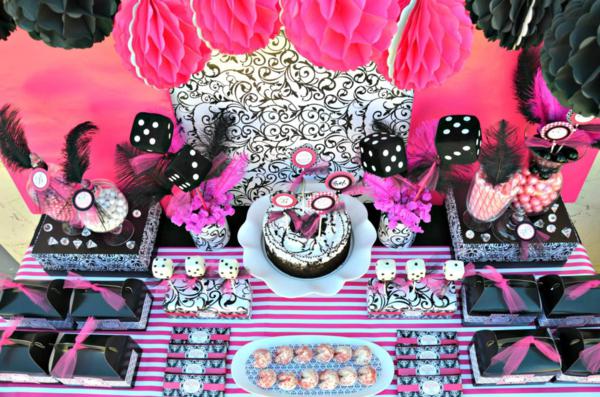 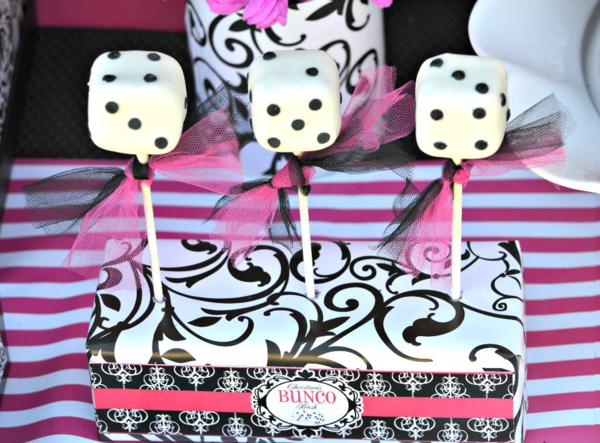 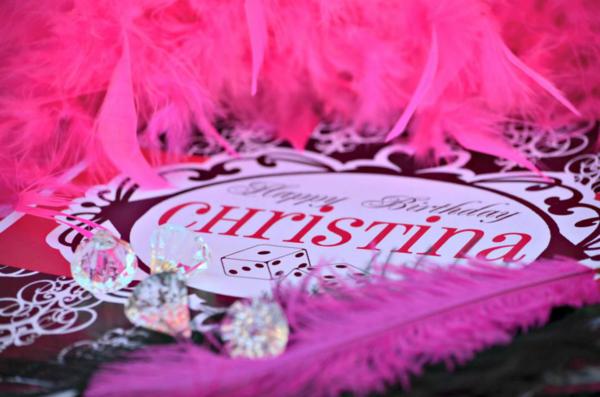 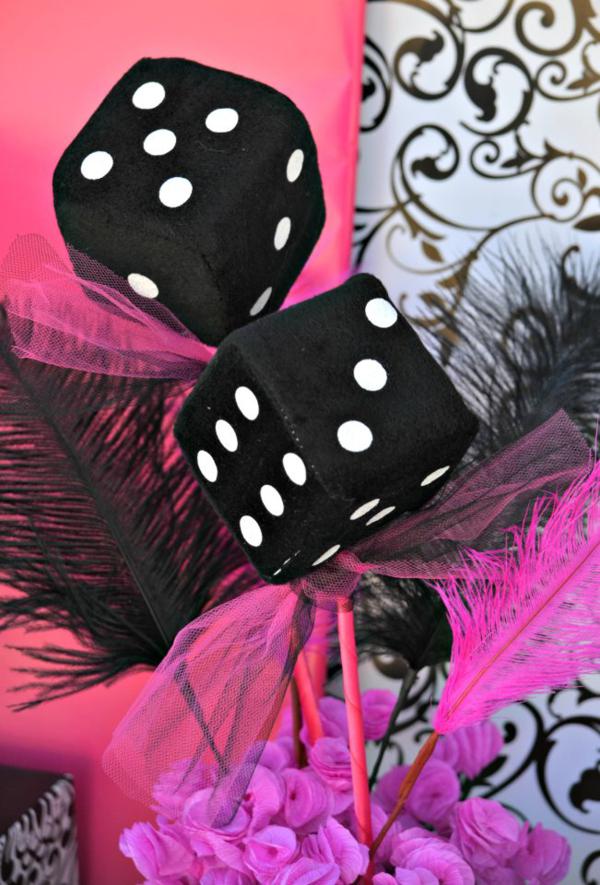 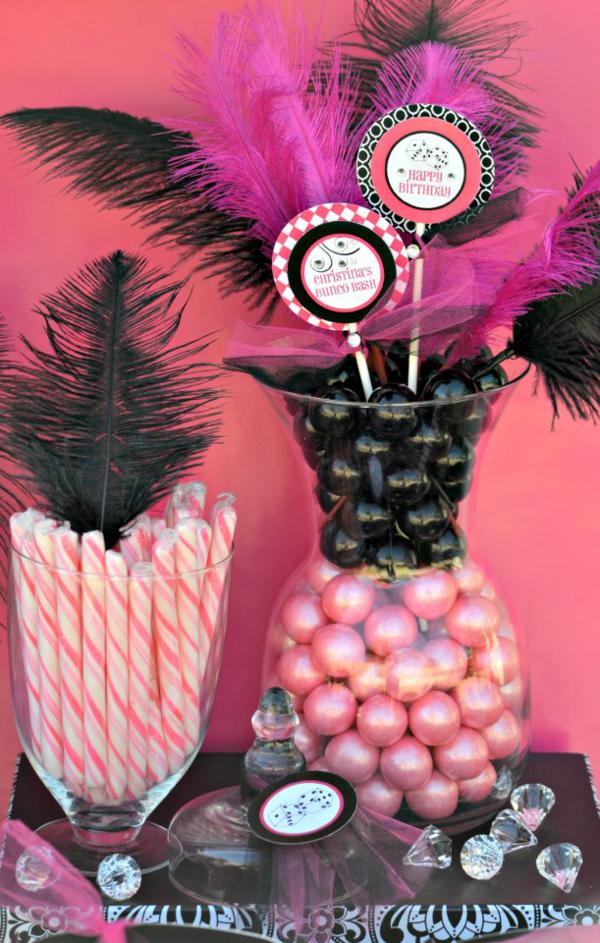 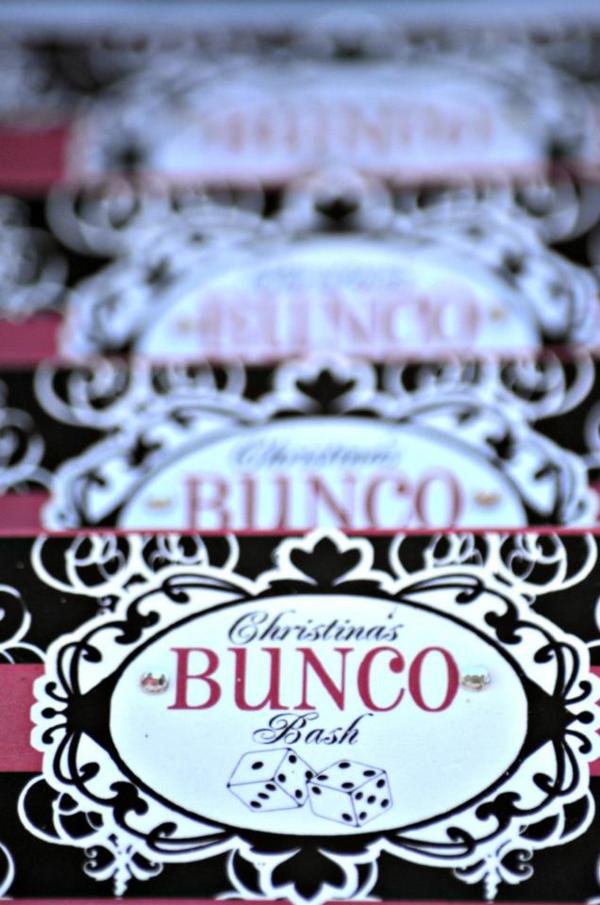 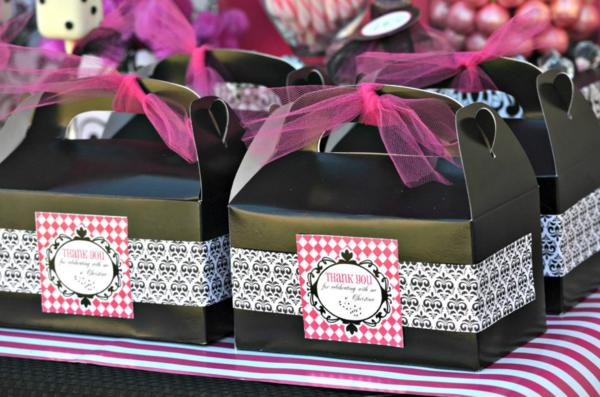 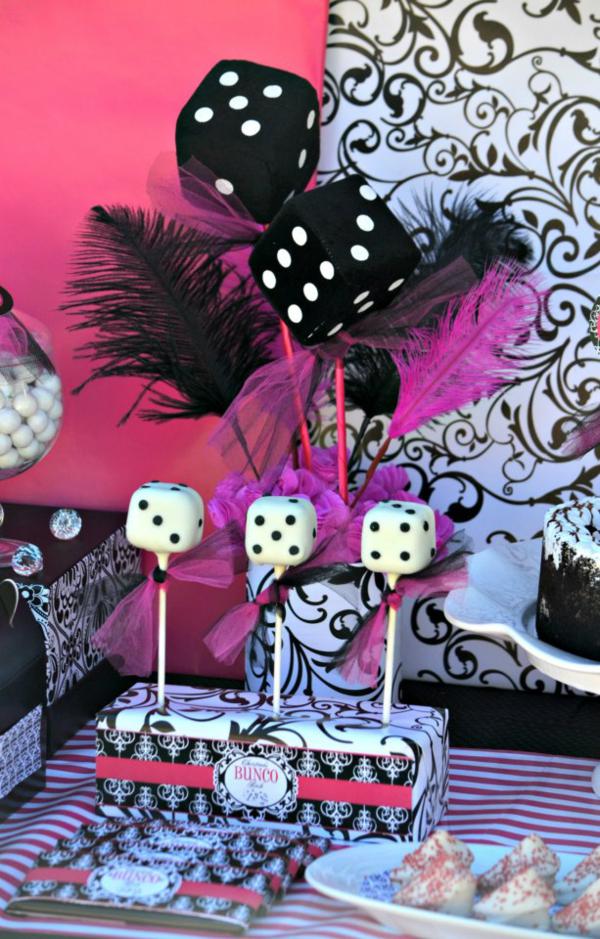 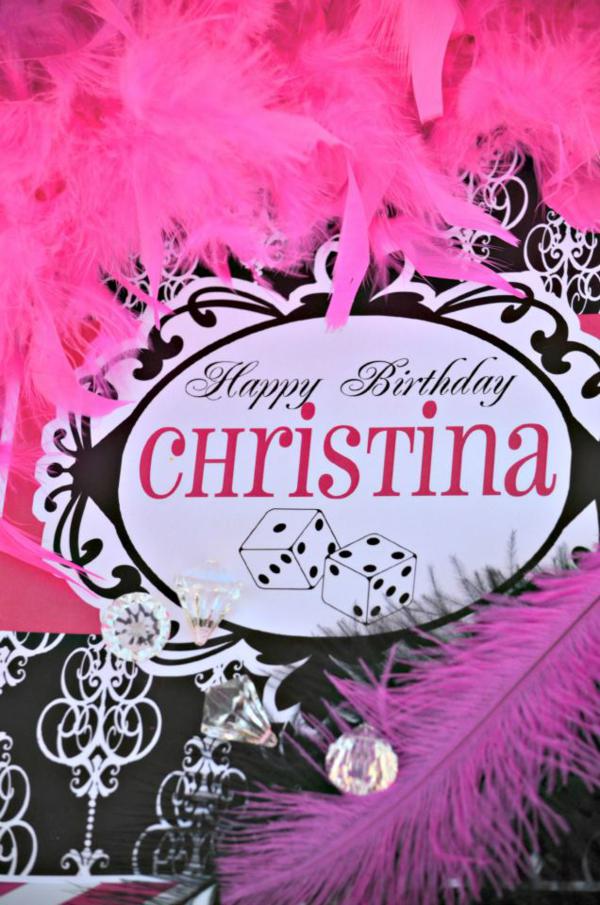 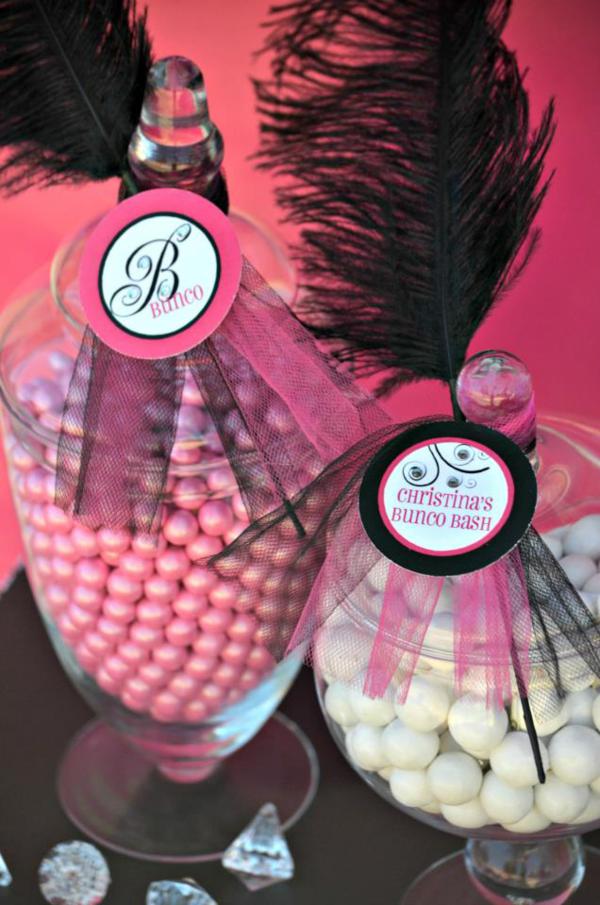 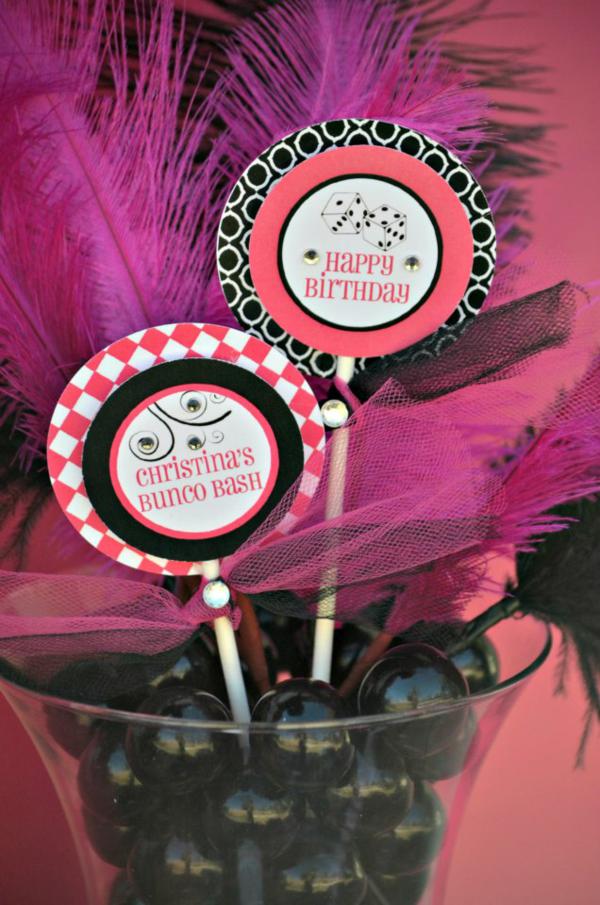 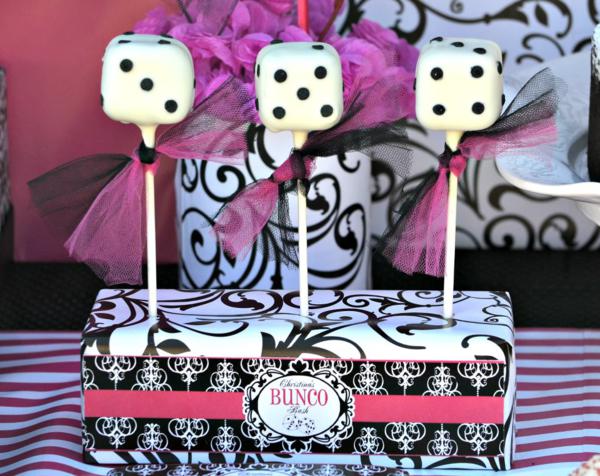 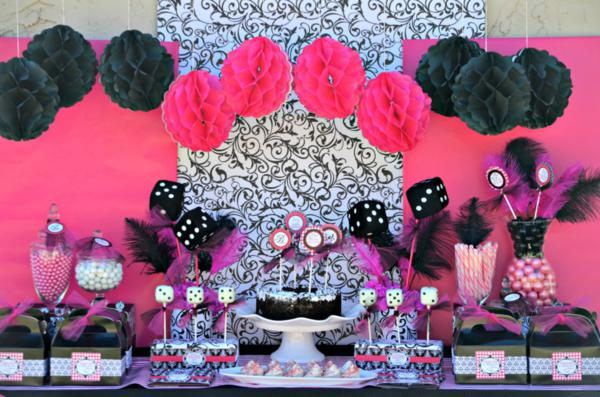 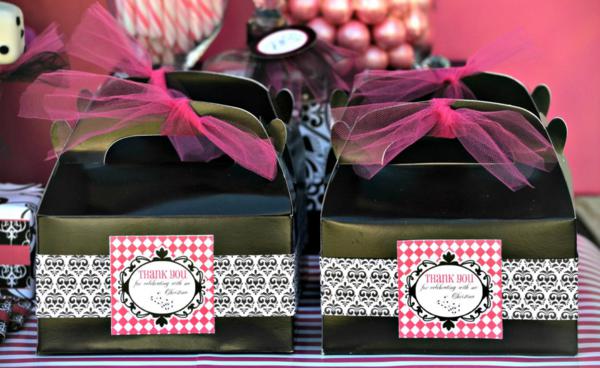 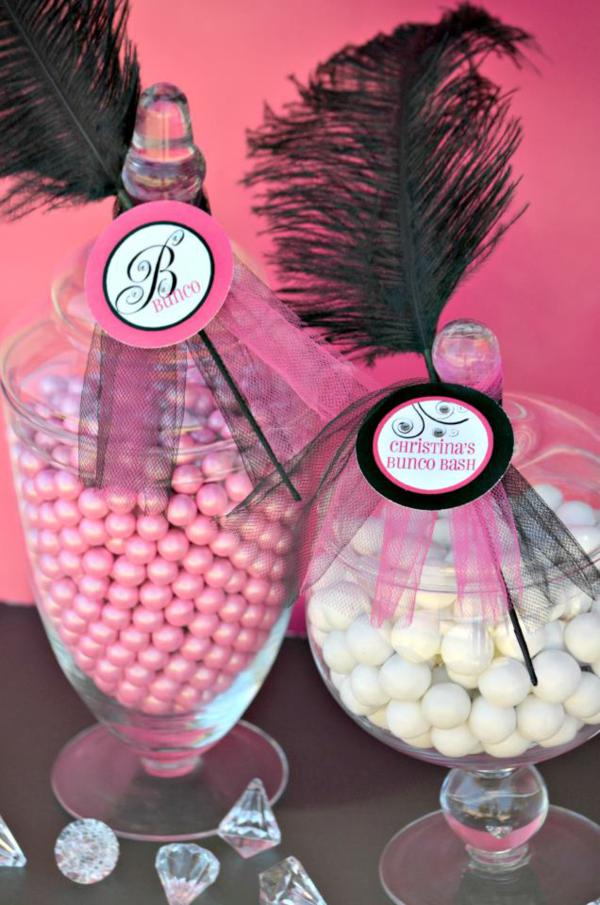 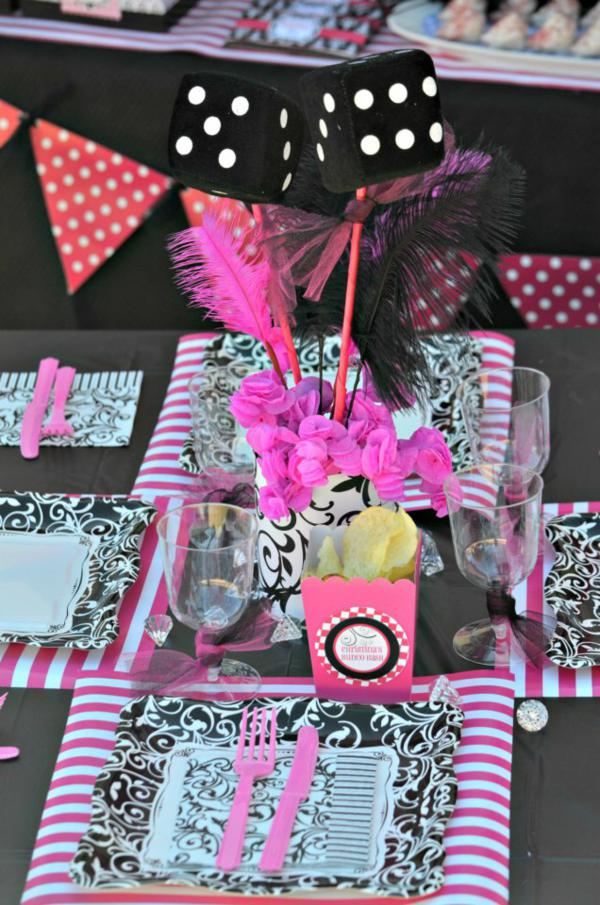 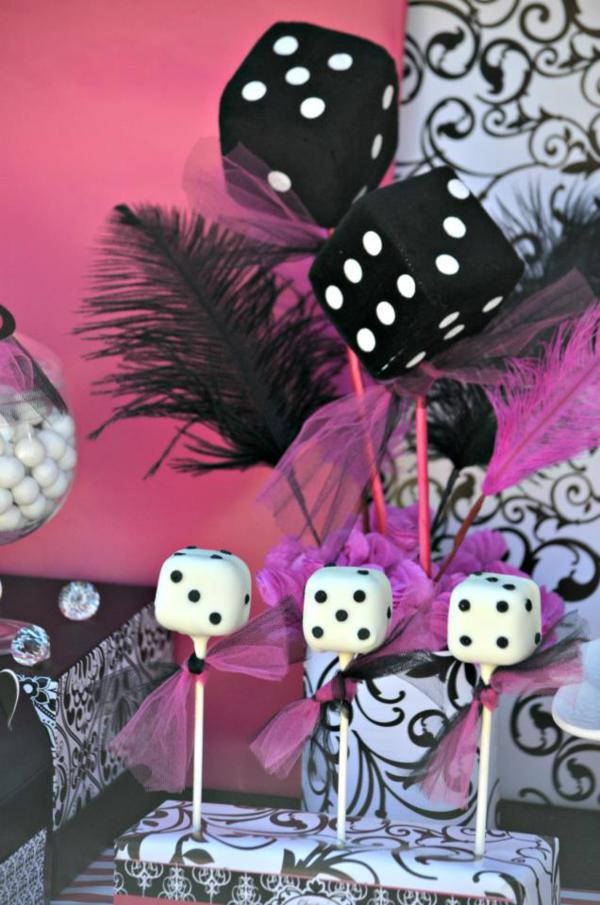 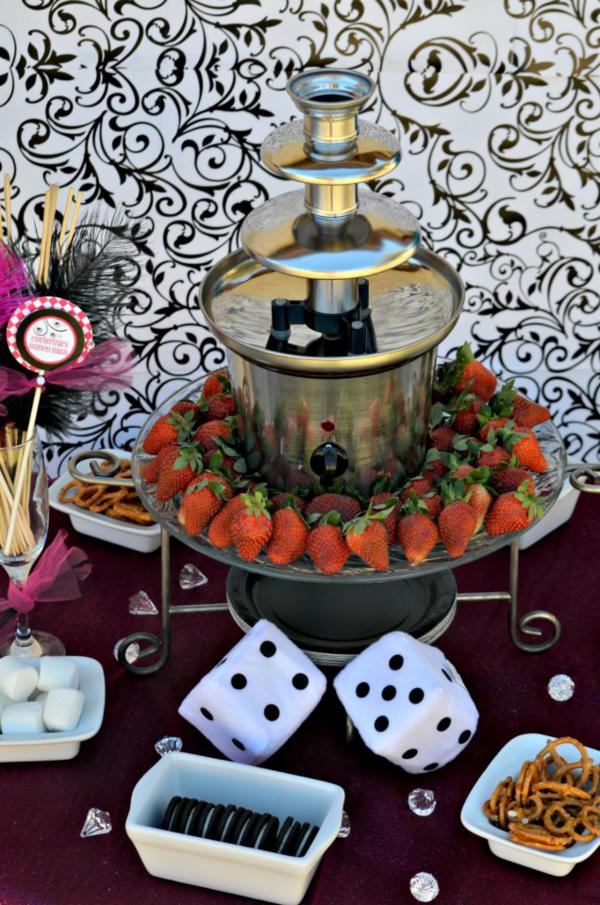 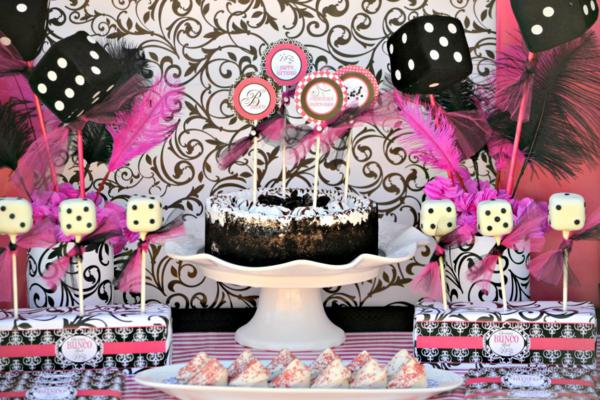 Cris said this about planning the party- “We had a BUNCO party to celebrate my daughter’s 14th Birthday. The girls didn’t know much about the game upon arrival but I explained the rules while they had dinner. We served all my daughter’s favorite appetizers for dinner like zingers, cream cheese/herbs dip(in the shape of a dice – made by my daughter), pizza rolls, dumplings, spring rolls and mozzarella sticks. After dinner we started the game and took a break after a couple rounds for some dessert! As per my daughter request, we had a chocolate fountain! It was a huge hit! None of the girls had ever had the pleasure to enjoy such yummy treat! As for dipping, they enjoyed some fresh strawberries, marshmallows, pretzels and Oreos.
We got back to the game and at that point all the girls were into the game! The music was loud, they were screaming and giggling! We had a bright pink boa that was passed around every time someone else scored a BUNCO! We were able to finish all the 6 rounds of the game! The winner took home the boa as a prize! We also had favors for all the girls! They took home giant plush dice, candy, chocolate bar and beads. After the game we sang Happy Birthday and opened the gifts. We had Oreo ice cream cake(my daughter’s favorite cake), dice cake pops and chocolate cornered fortune cookies for our second round of desserts! The girls loved playing BUNCO and now they want to organize a Mother/Daughter BUNCO Mexican Night!”