I think this party is so cute and has so many fun ideas that would be be great not only for a birthday party but also for a baby shower.

Some of my favorite monster party ideas and elements are: 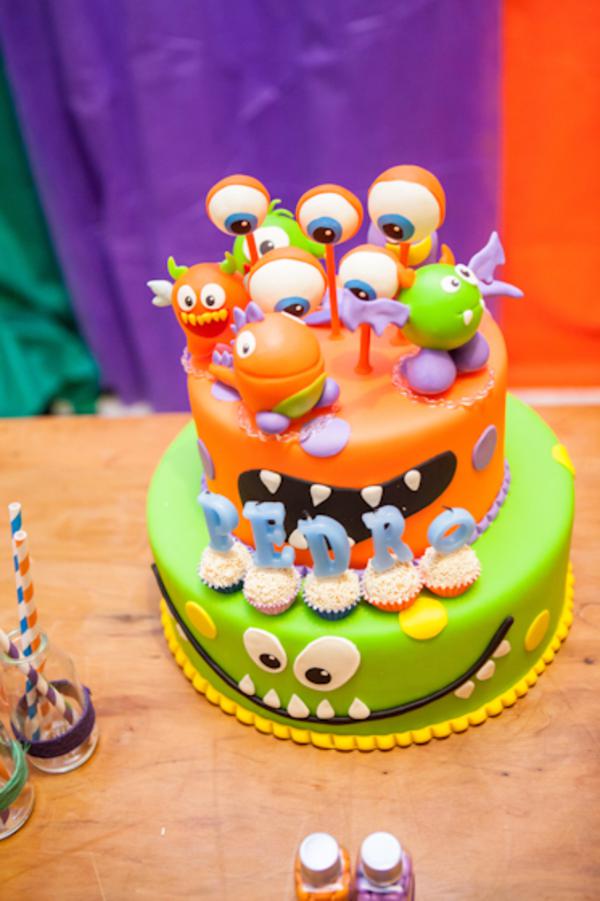 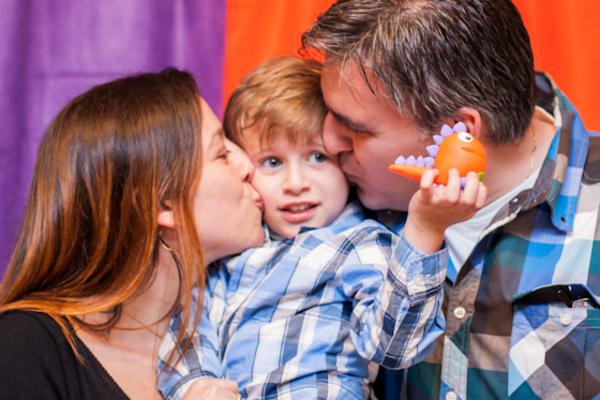 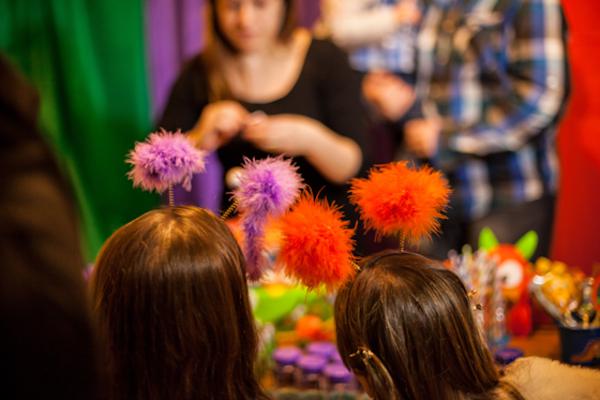 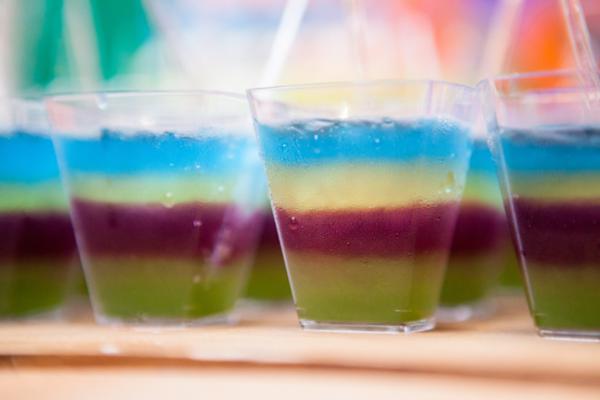 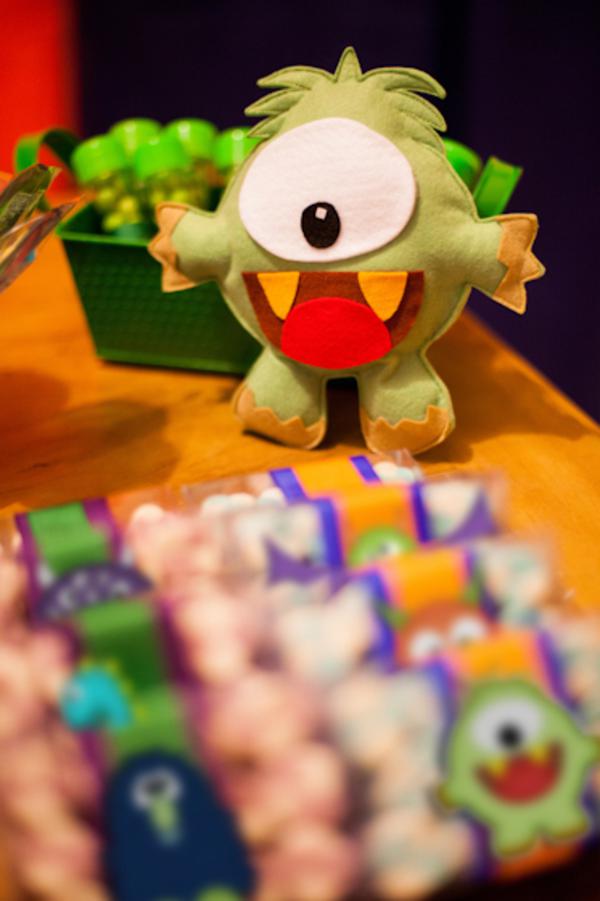 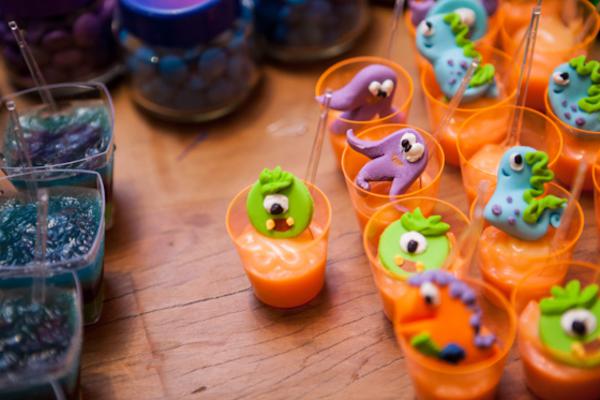 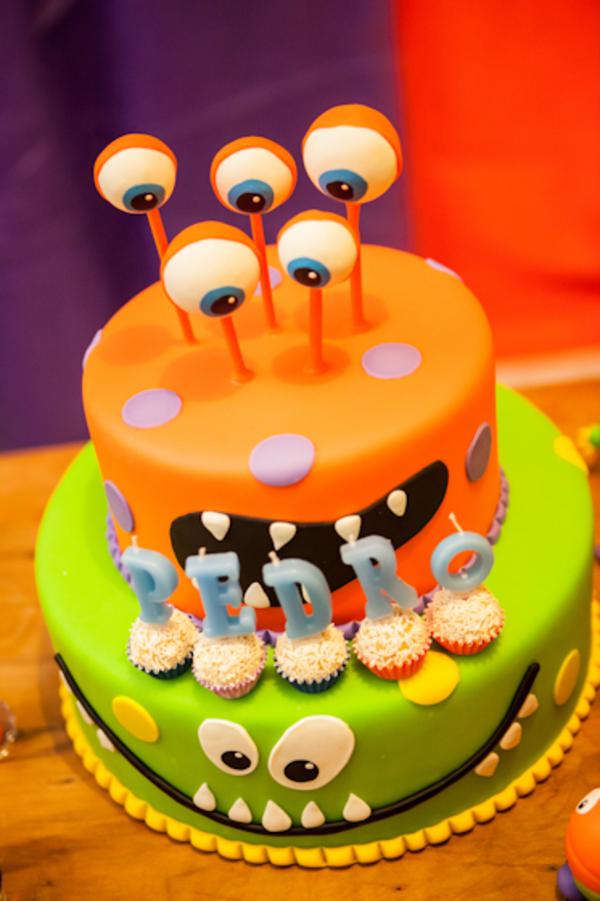 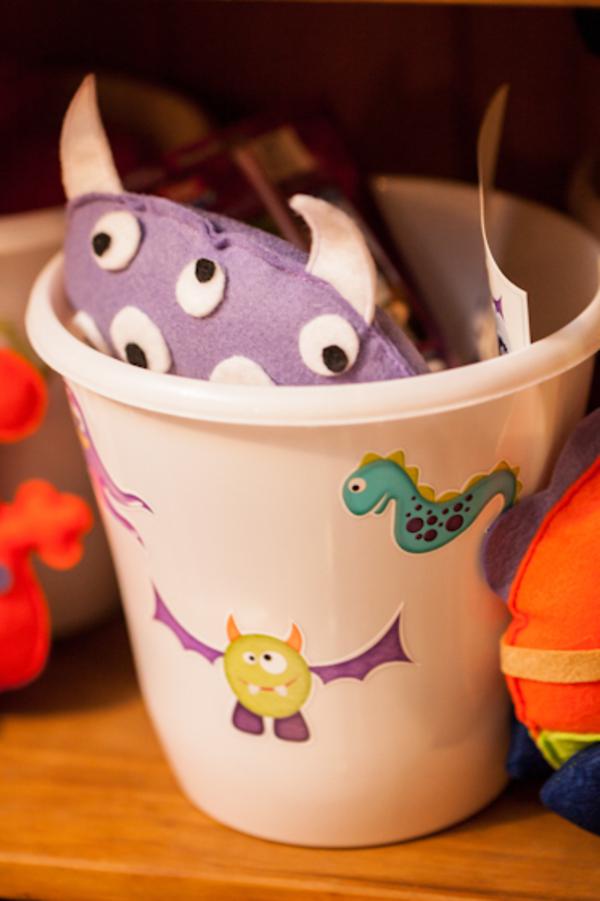 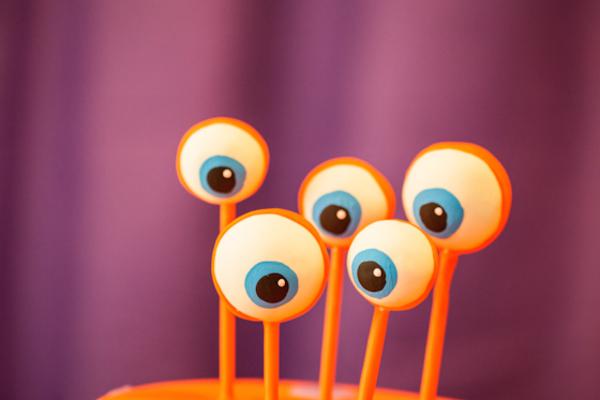 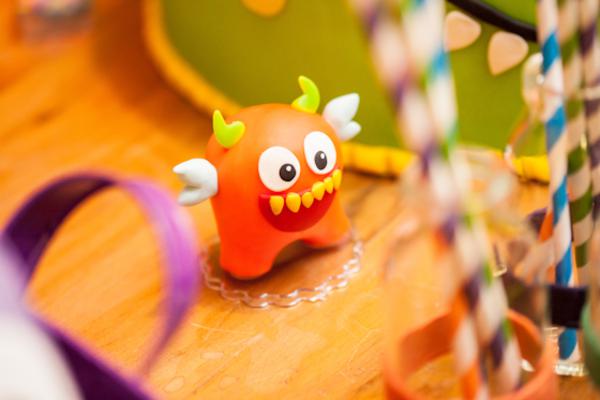 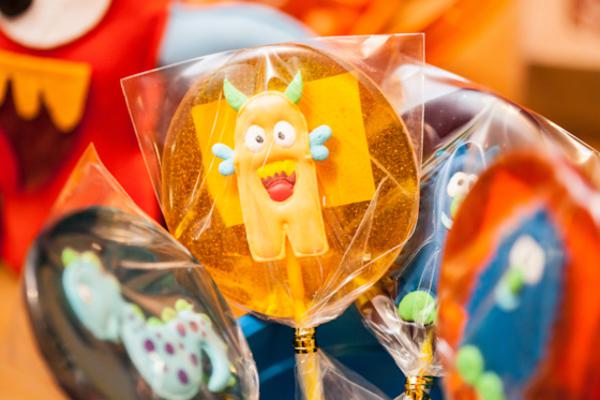 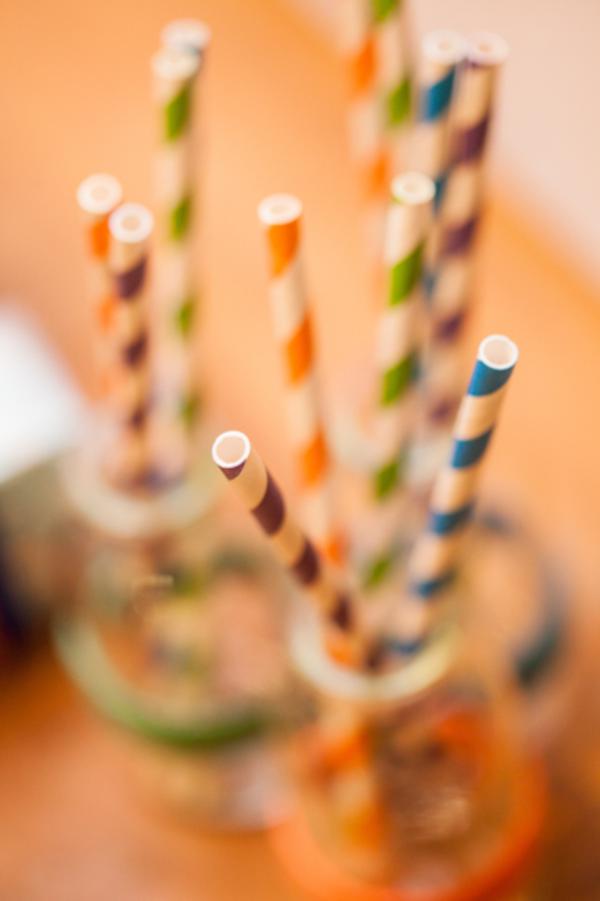 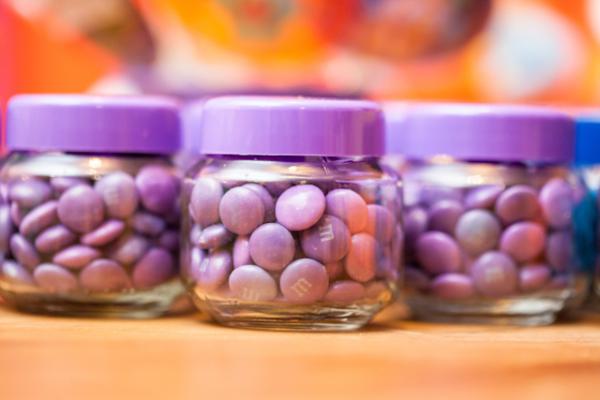 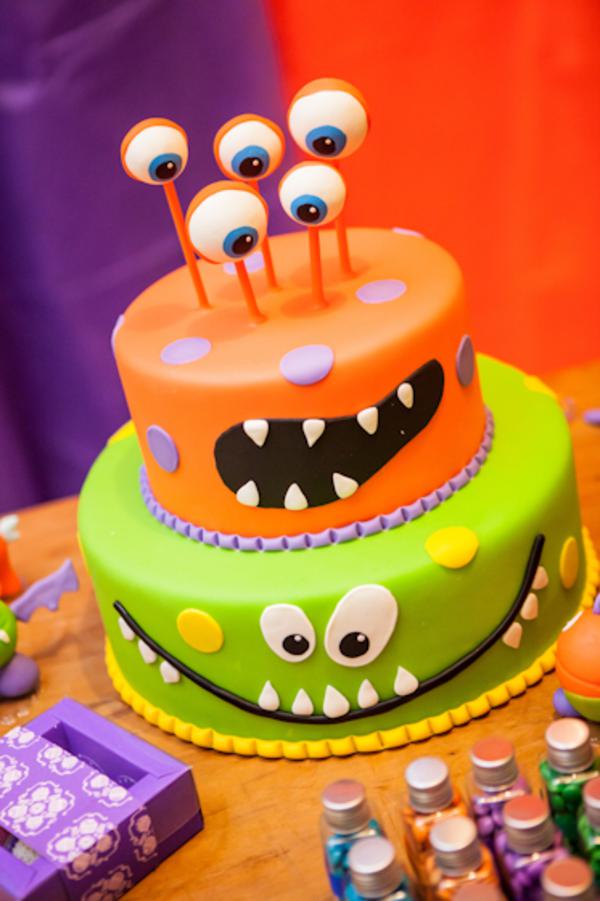 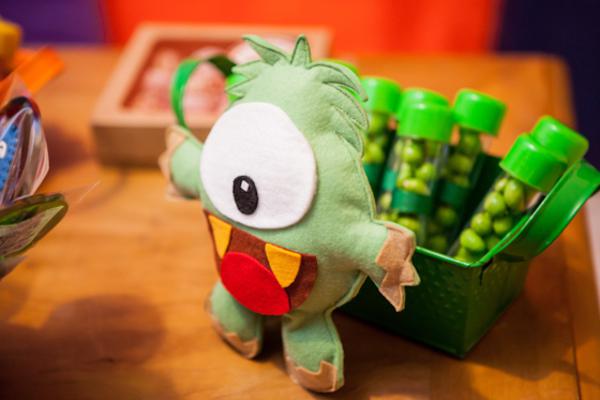 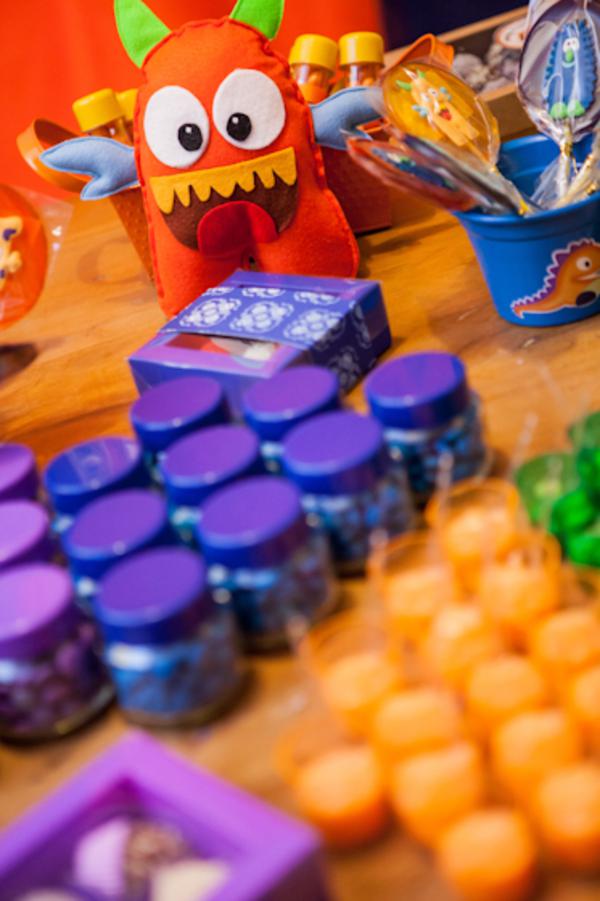 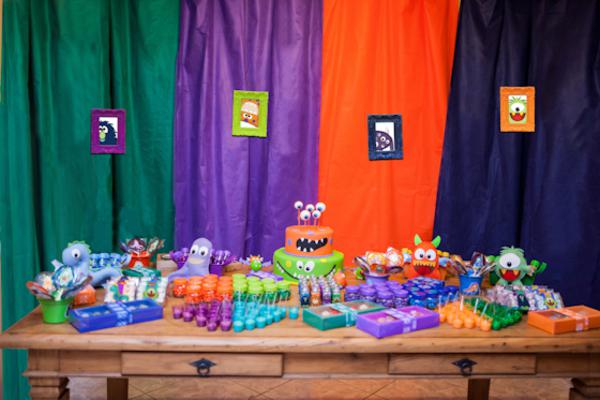 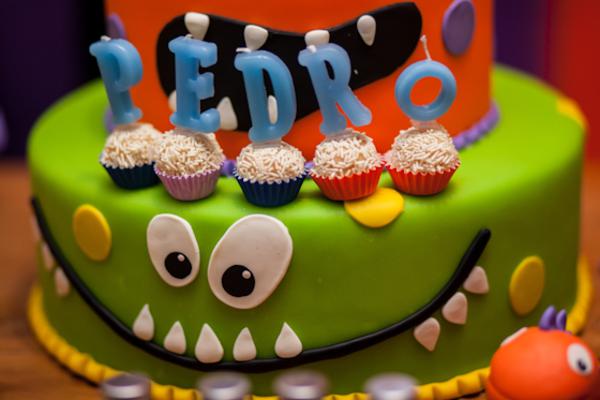 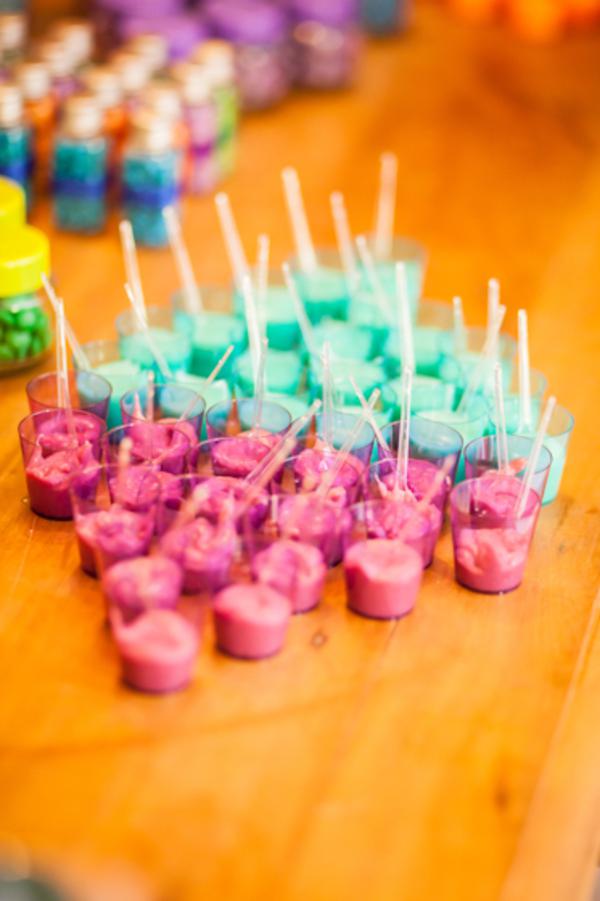 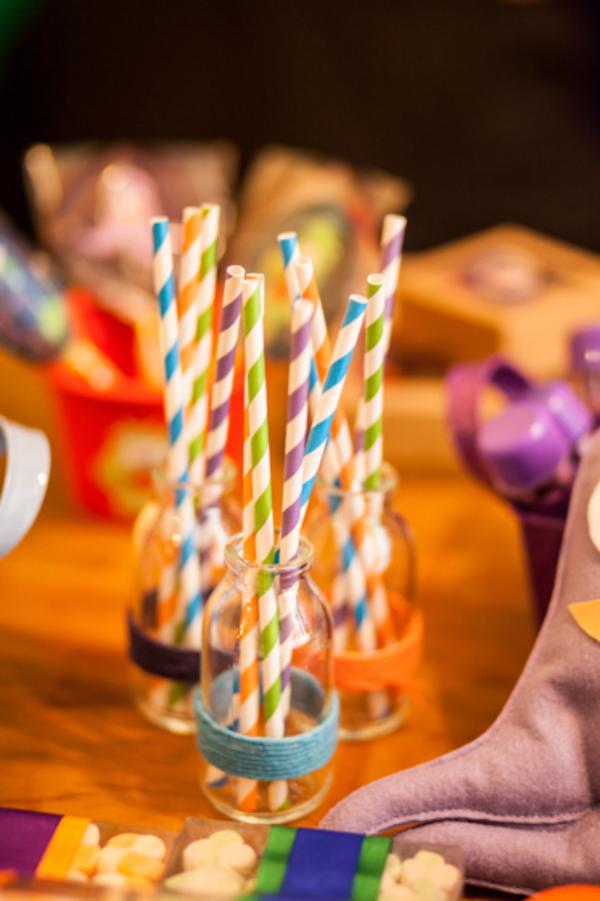 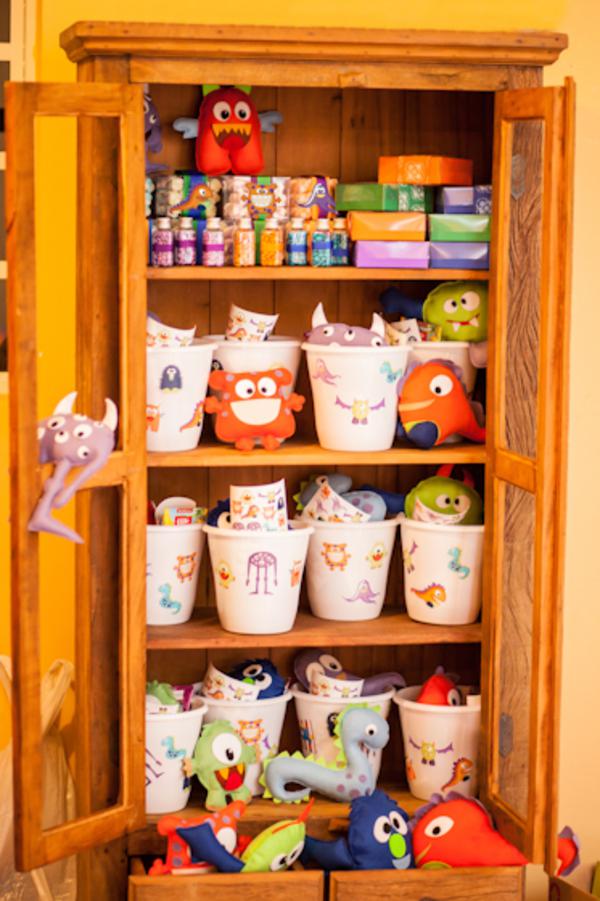 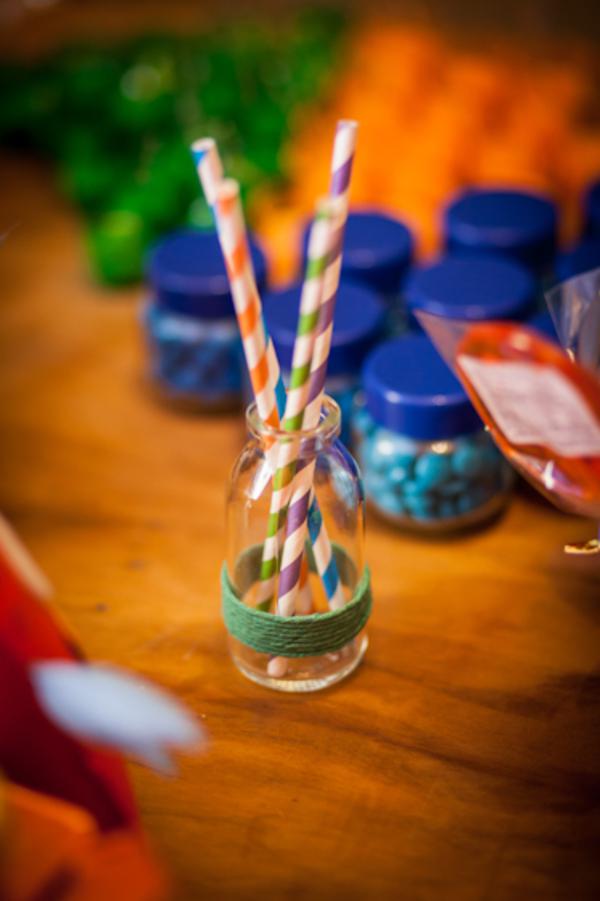 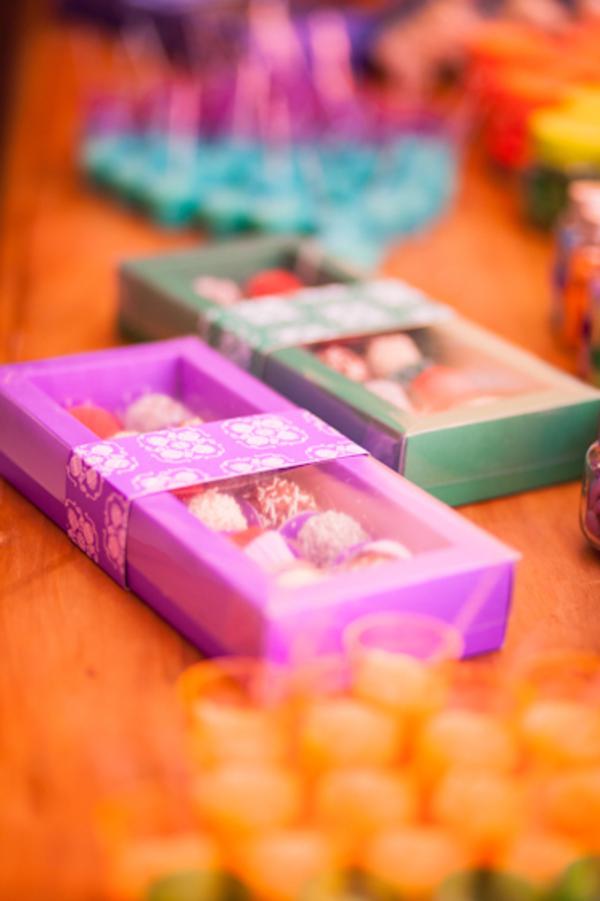 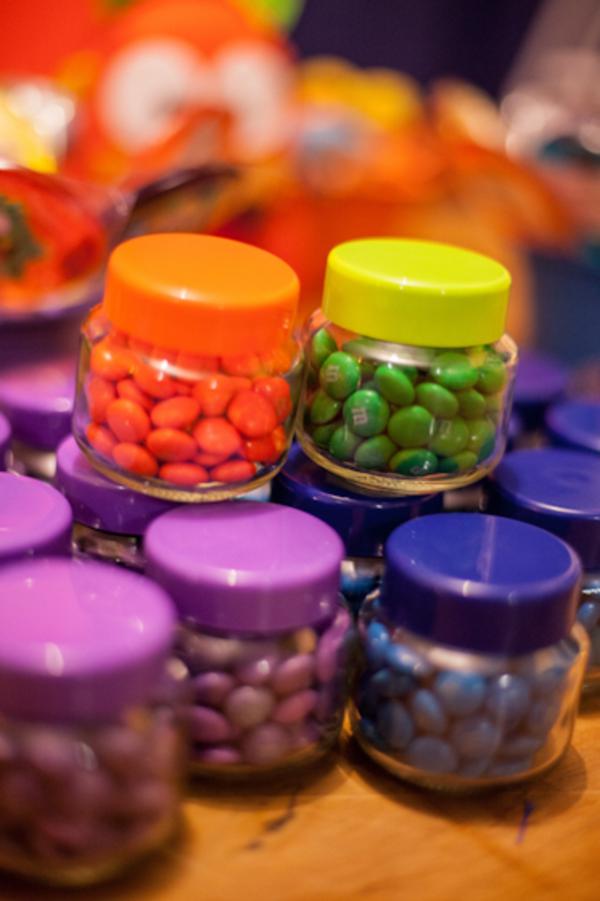 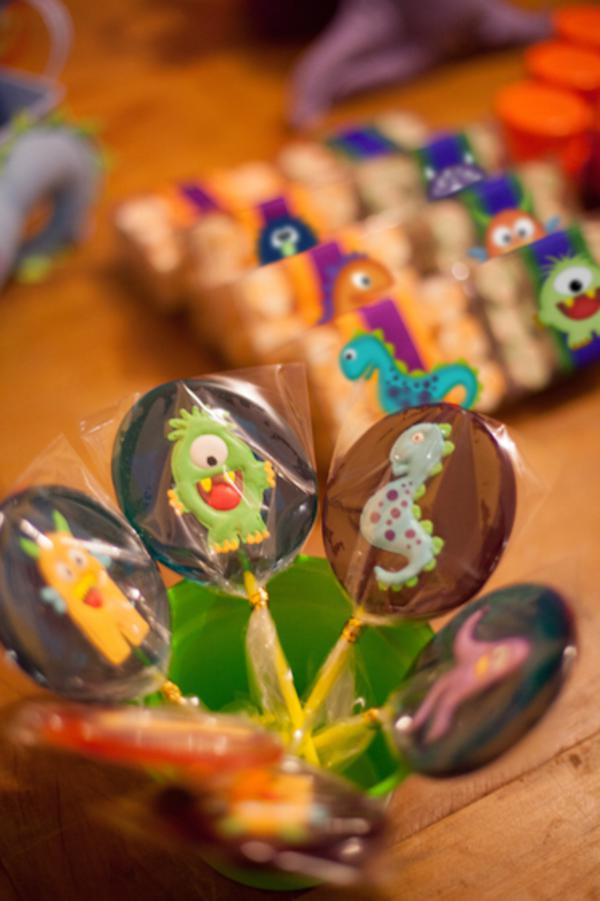 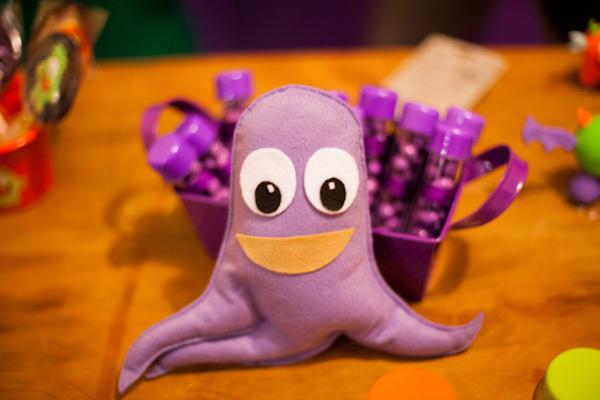 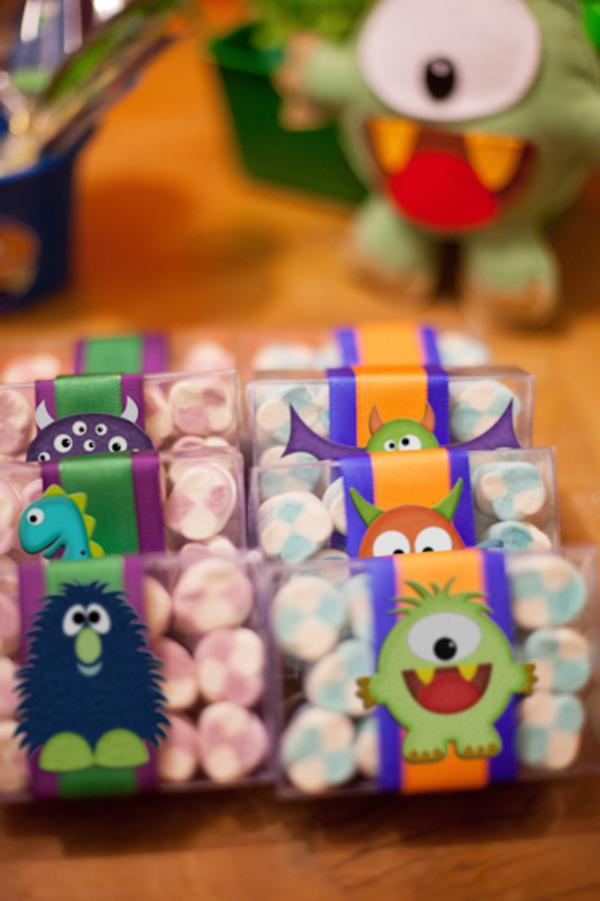 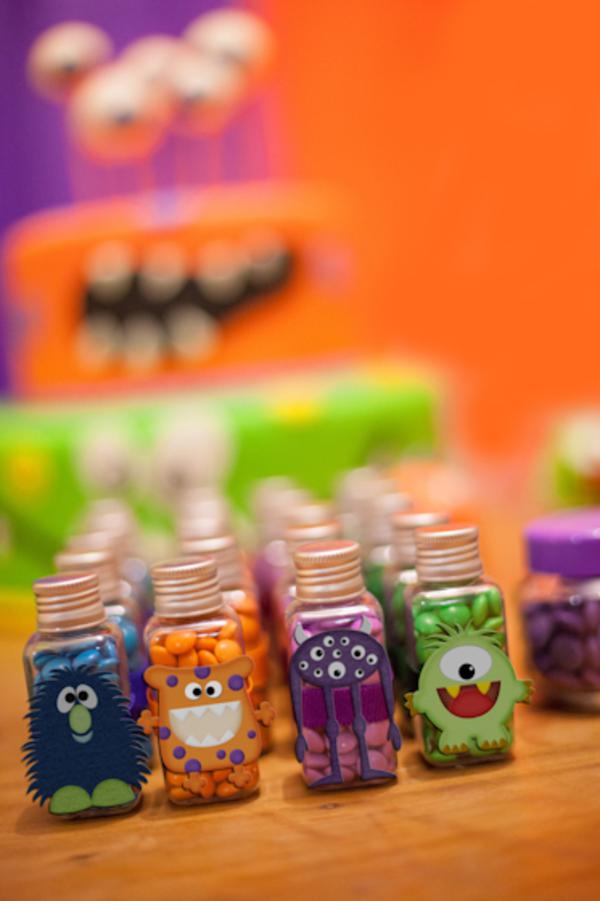 Deliene said this about the party– “I produced this party, for the 4th birthday of my son Pedro. It was he who gave the idea for the name “Monsters have fun with Pedro”. The colors were orange, purple, blue and green. Preparations began shortly before Pedro’s 3rd birthday party, the “Le Petit Prince Pedro party”.
On the table, was a cake made inspired by a cake from Cakes With Attitude, felt monsters, tubes with sweets, little jars with M & M’s, transparent boxes with marshmallows, decorated caramel lollipops, gourmet brigadeiros, little cups with colored brigadeiro, and colored homemade gelatin.
For the children to take home, there were jars with popcorn, microwave popcorn, chart stickers, candy and gum, cookie, and a monster to be adopted.”