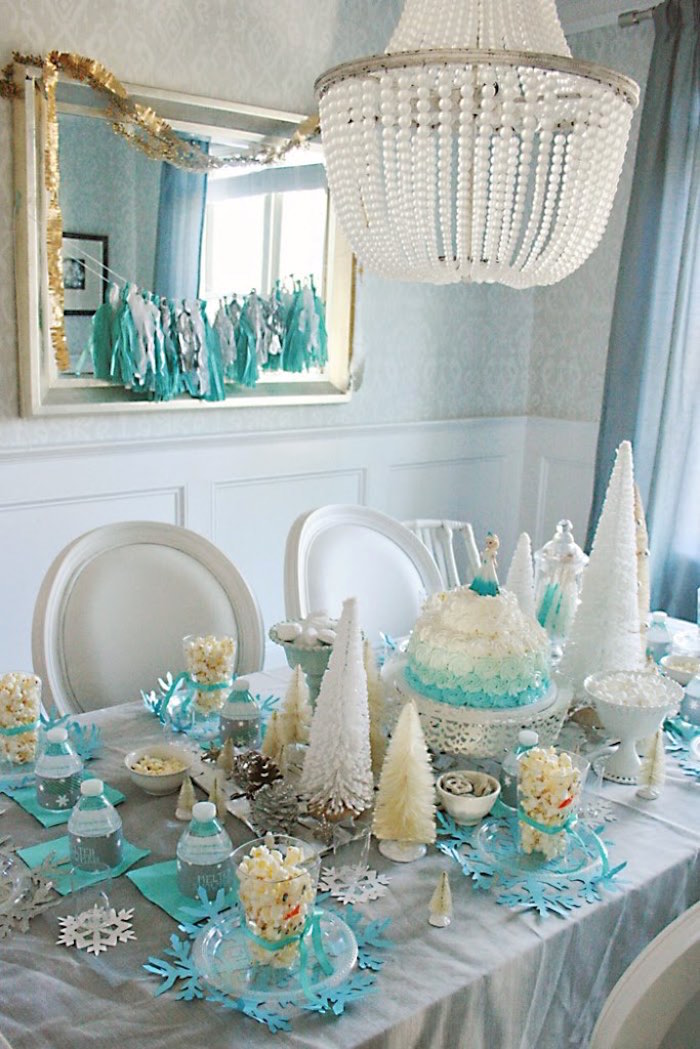 Do you have a little girl still dancing and dreaming over the Frozen tune?! If so this subtle and pleasing Wintery event submitted by Darleen Meier of Darleen Meier out of Atlanta, GA might be just the party for you!

One of the things I love about this party is the fact that the details provide visible variation in textures with the bottle brush trees, snowflake chargers, and fluffy popcorn–just to name a few!

Be sure to check out these fabulous party ideas and elements before the frost begins to set upon them: 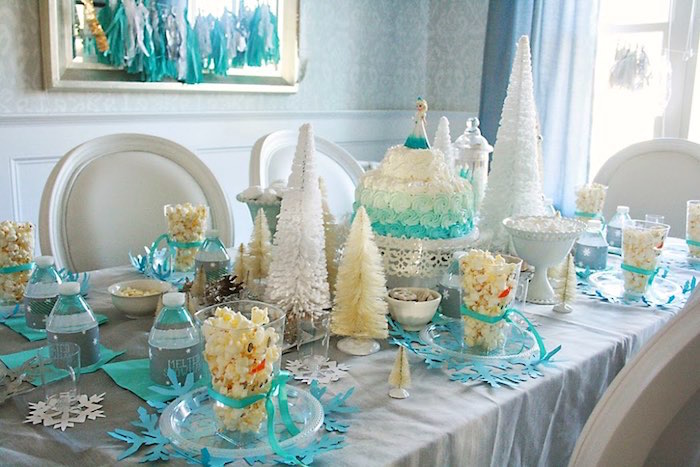 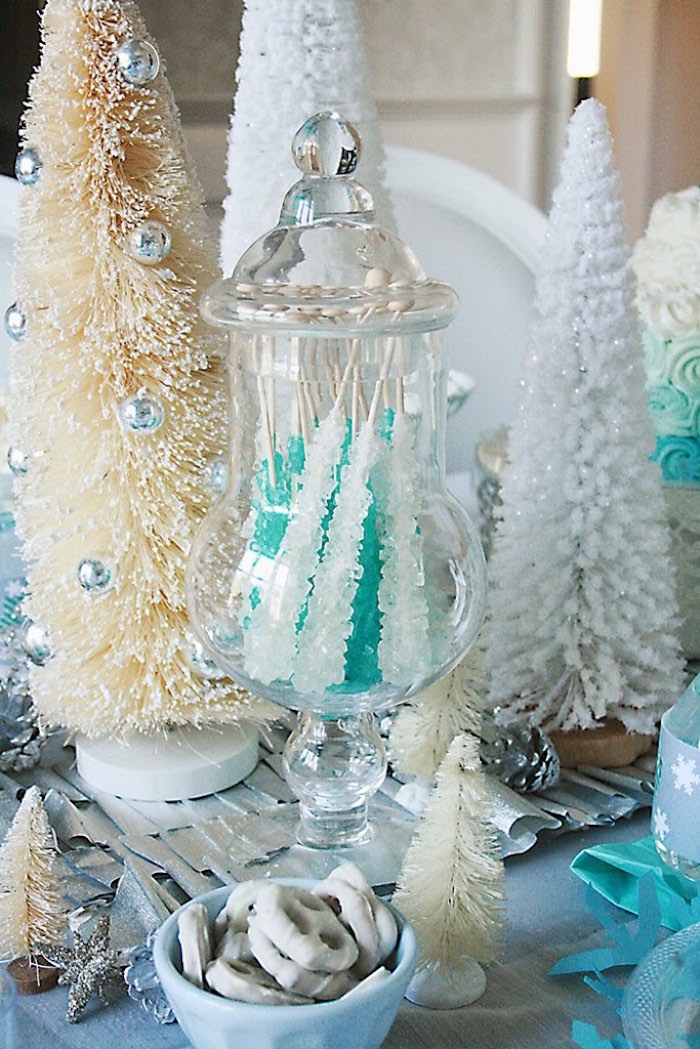 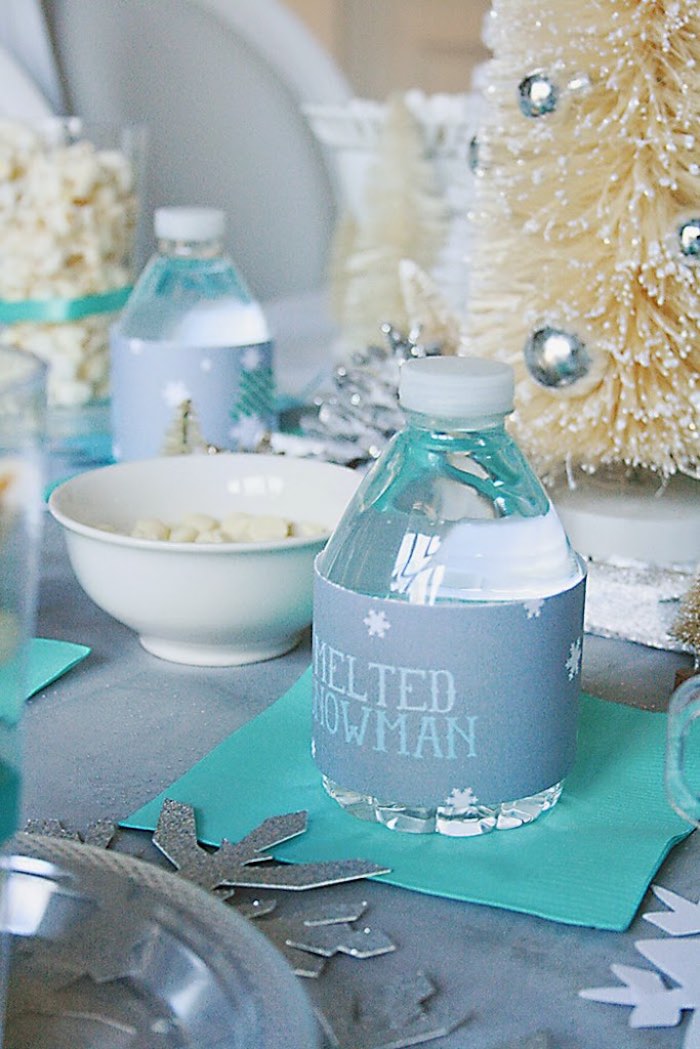 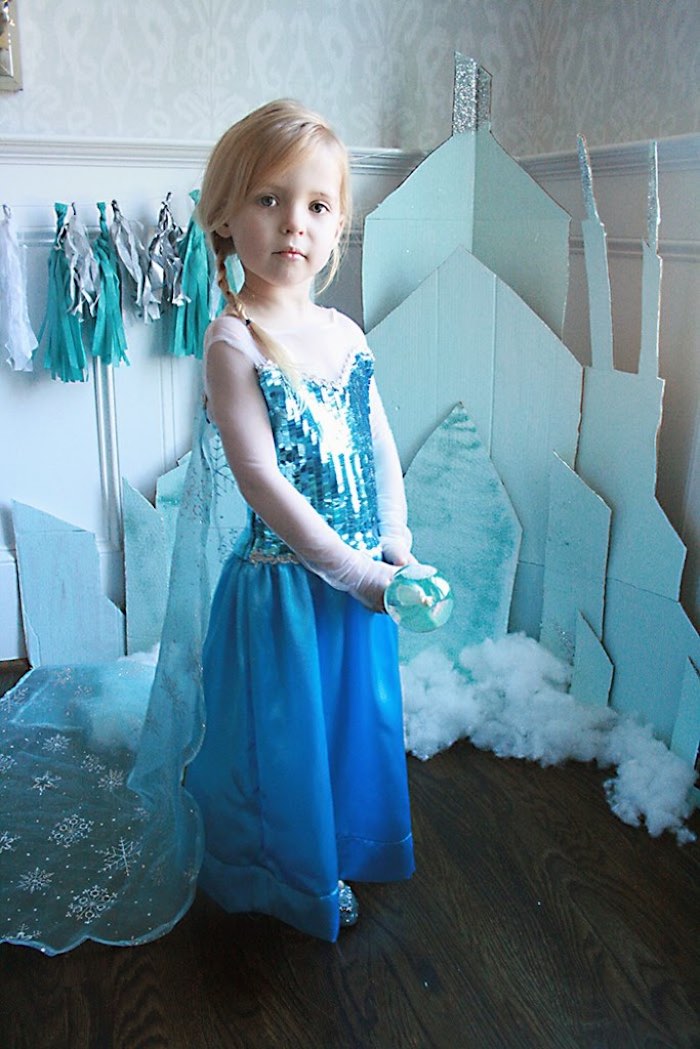 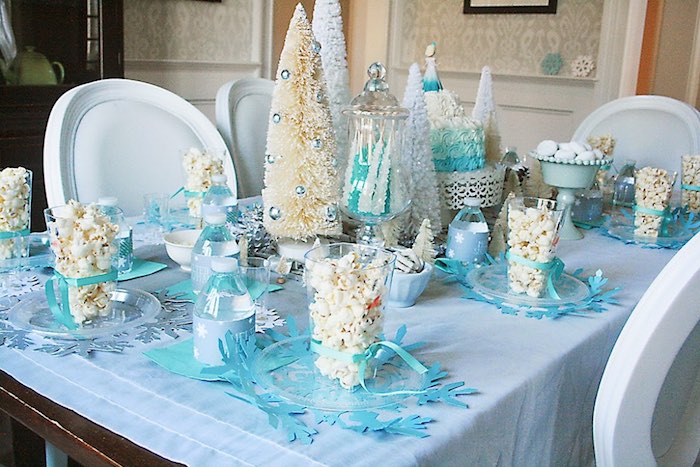 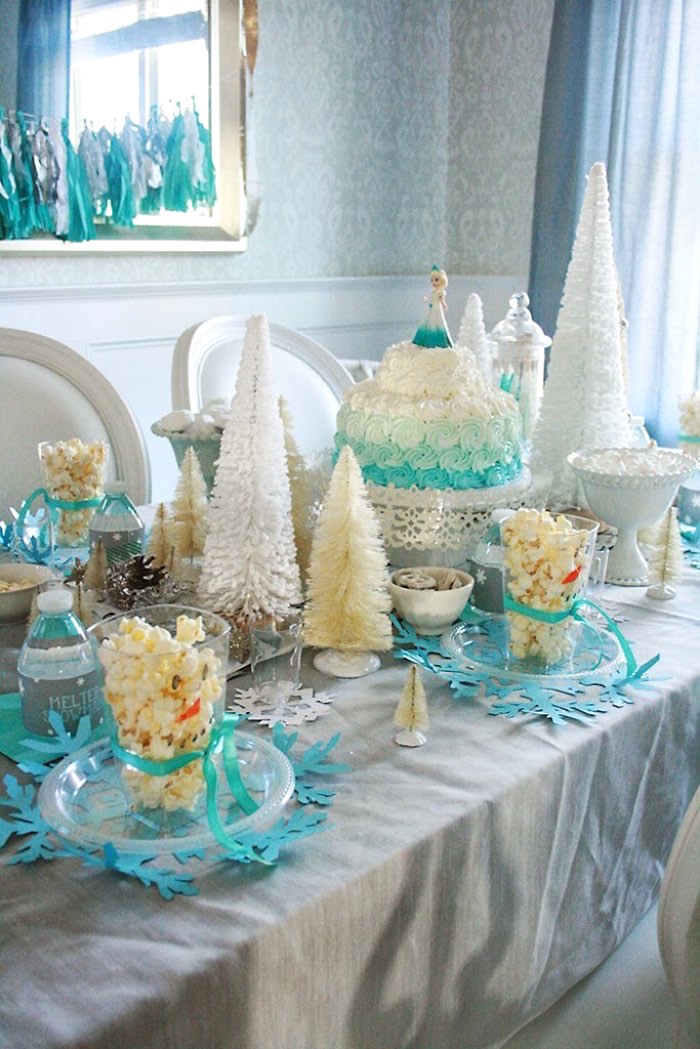 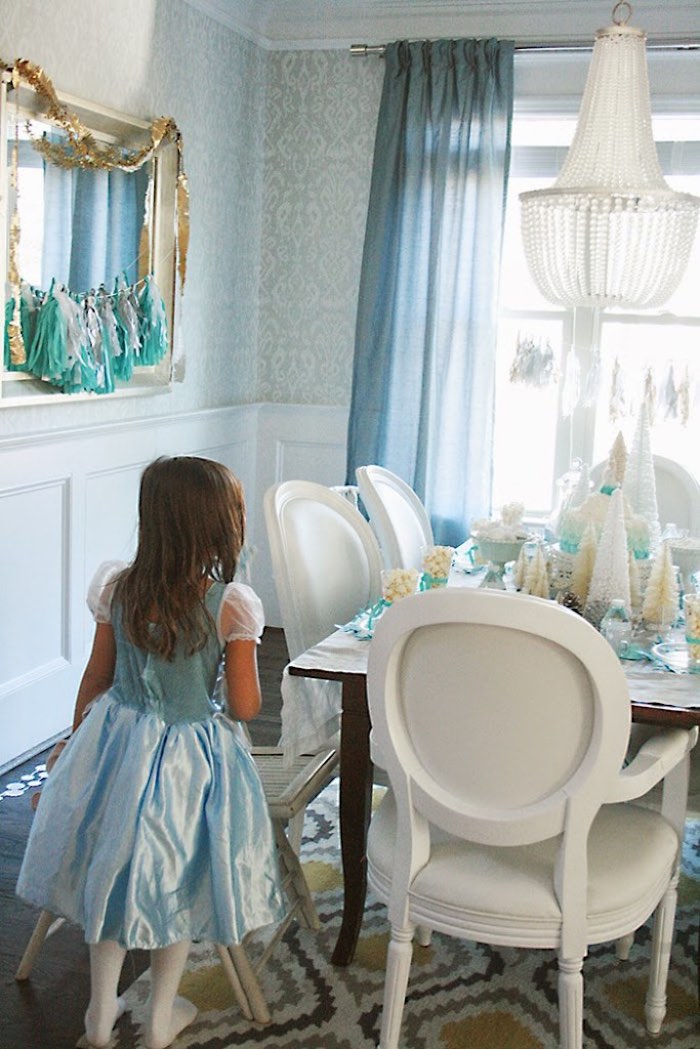 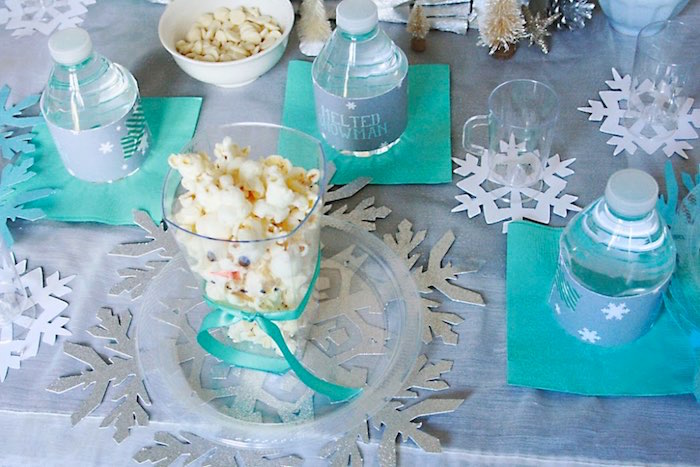 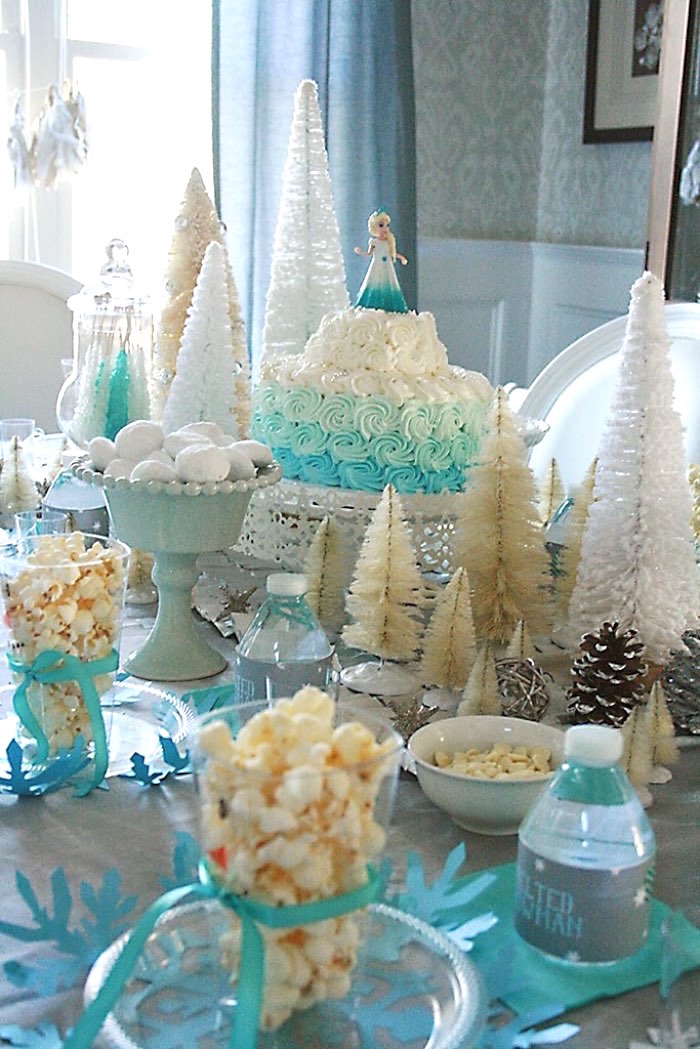 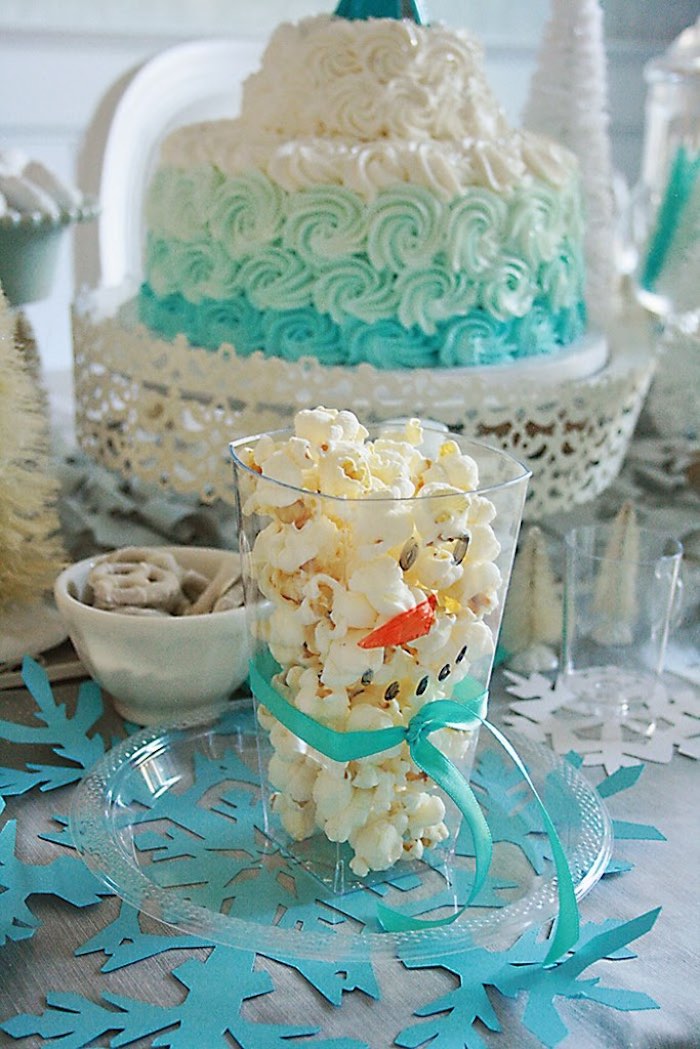 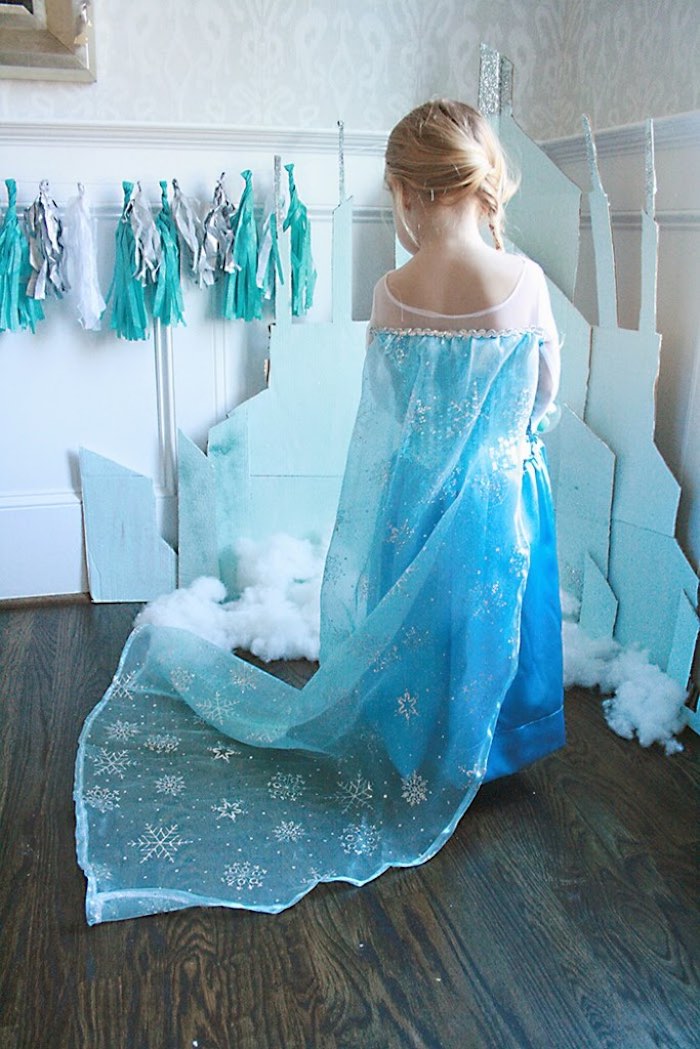 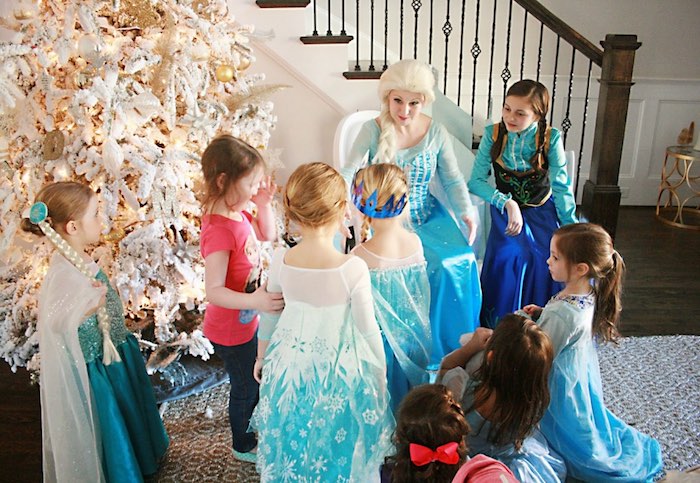 This is what Darleen said about styling the party- “A cold spell has hit the air, and even though we are in the South, we are feeling like we are living in Arendelle (minus the snow)! The movie Frozen is still loved by my daughter, so for her 4th birthday party we decided to have a Frozen Hot Chocolate Birthday Party. I created a snowscape scene as the centerpiece of the party table, using mostly Christmas decorations of winter trees, silver ornaments and fake snow. Each guest had a place at the table.

When the little Elsas and Annas arrived, they decorated fairy wands and played pin the carrot on Olaf. Then a real-life adult Elsa and Anna arrived and sang songs and danced with the girls. After the dancing, the girls finally sat down for their hot chocolate party. There was a lot of anticipation and build up for the hot chocolate party, so the girls were so excited when they actually got to sit and act like a princess. They were able to add-in sprinkles, sugar cubes, marshmallows to their hot chocolate. They had popcorn and we also served birthday cake. The girls did not want to leave when their parents arrived. I’d say it was a success!”

Feeling a bit chilled? Grab your scarf, gloves, and knit hat because I have more Anna and Elsa–oh, and Olaf too!