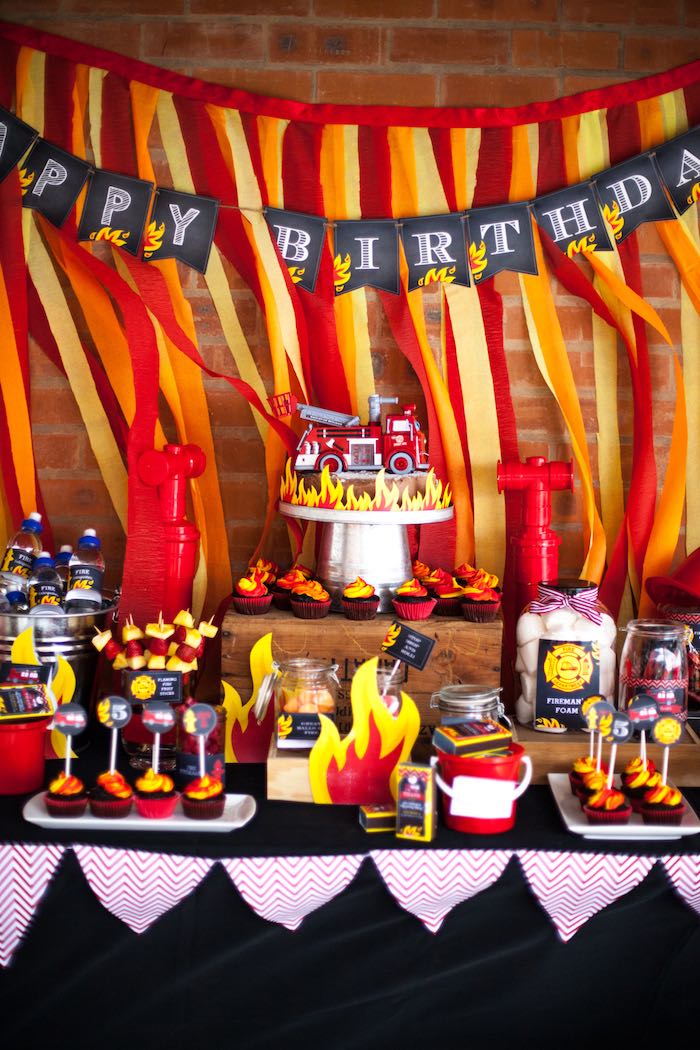 Wow! This fireman birthday party submitted by Louise Sanders of Sunshine Parties out of Hillcrest/KwaZulu Natal/South Africa  is on fire, but don’t take my word for it- check out every fiery detail for yourself!

If any profession deserves to have a whole party modeled after their work, fire fighters are among the top 5!! This party takes full advantage of the cool (yes, pun totally intended) elements of fighting fires and puts them to use in colorful paper ribbons, paper elements, and a wicked awesome cake.

Be sure not to miss these blazing party ideas featured in this scorching birthday event: 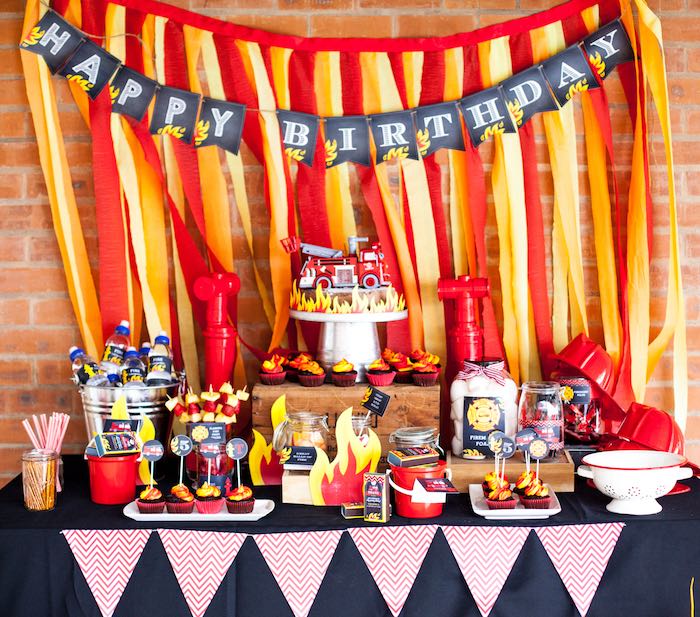 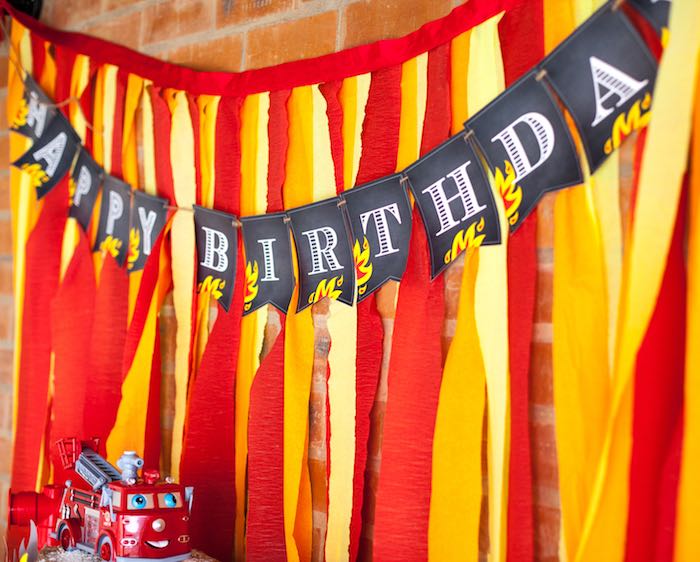 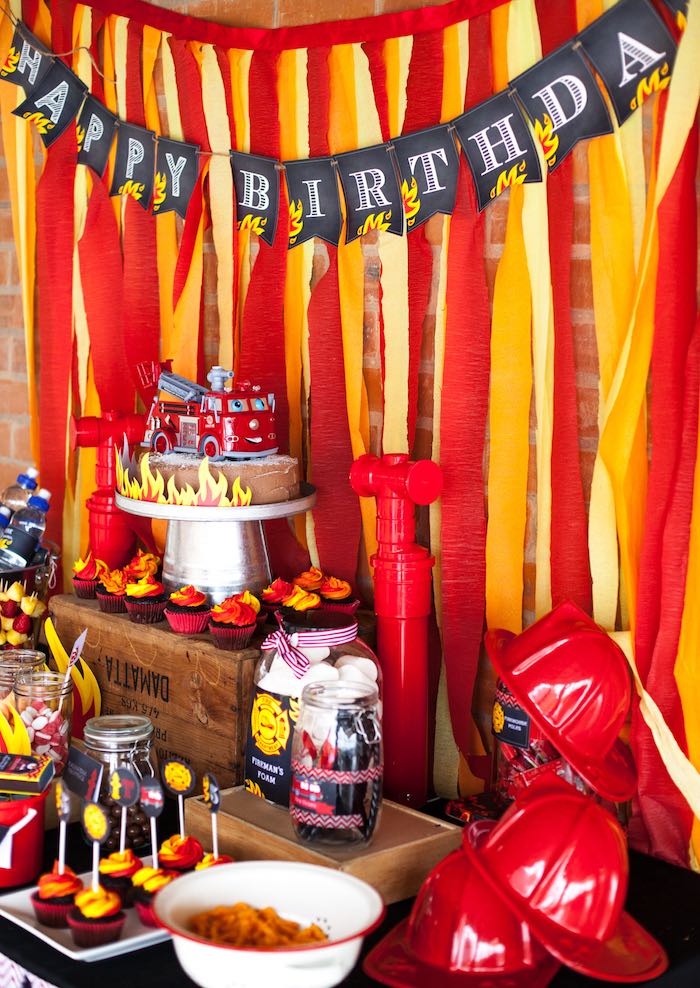 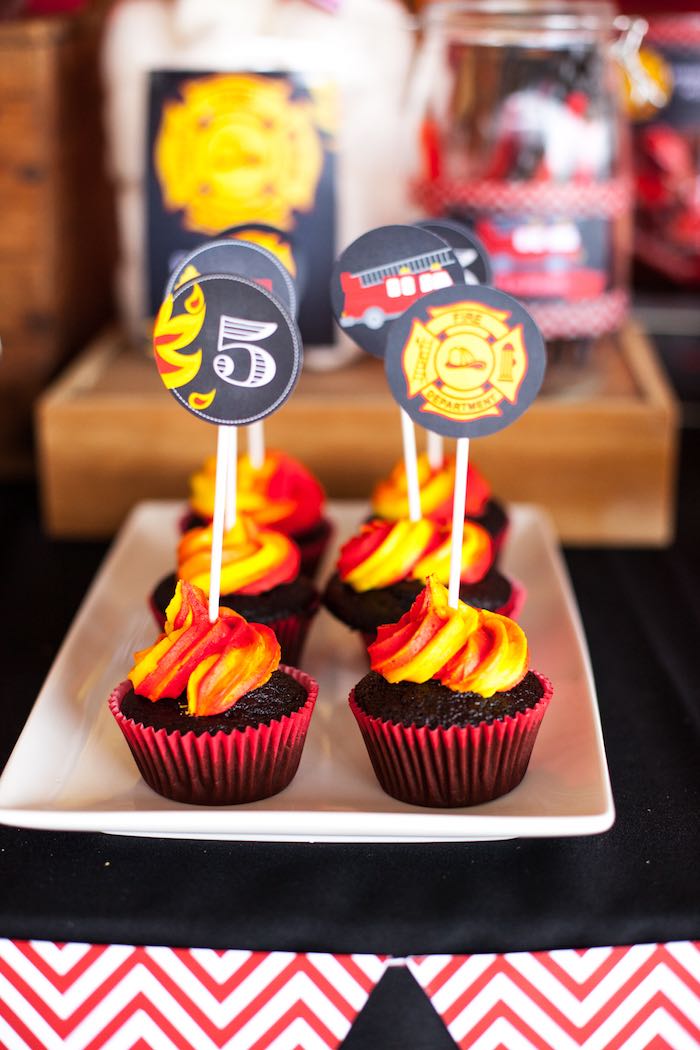 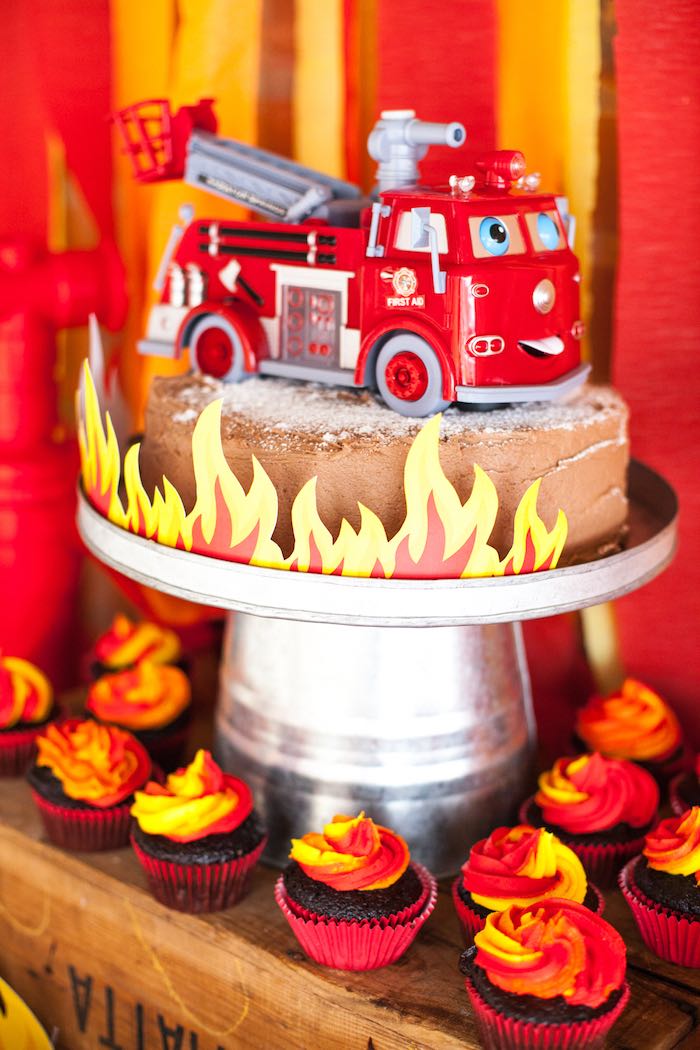 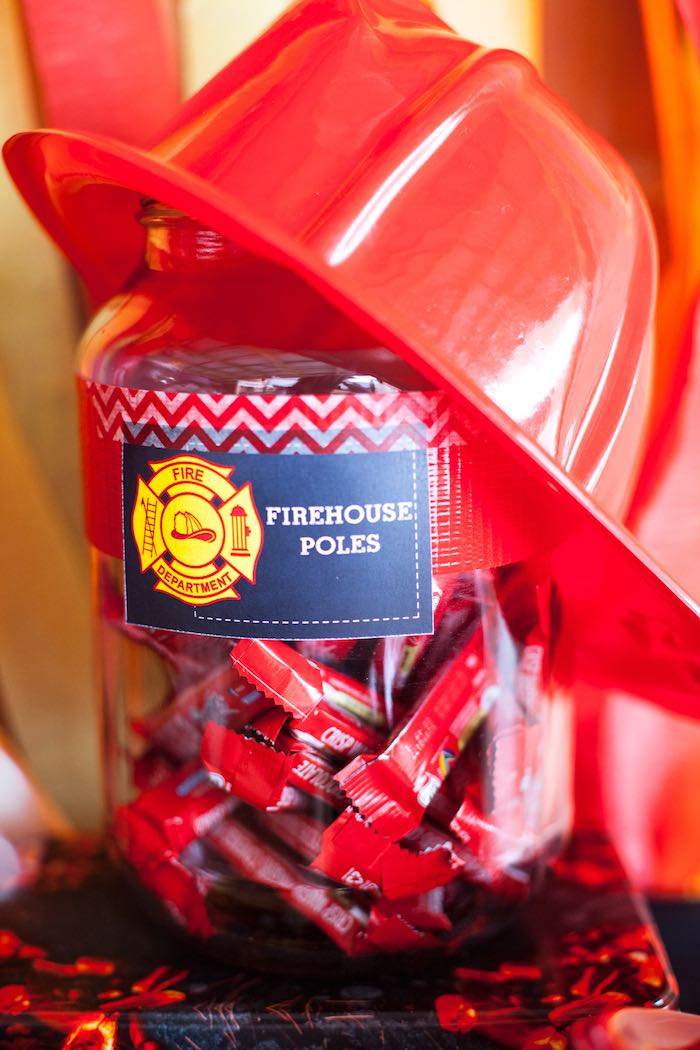 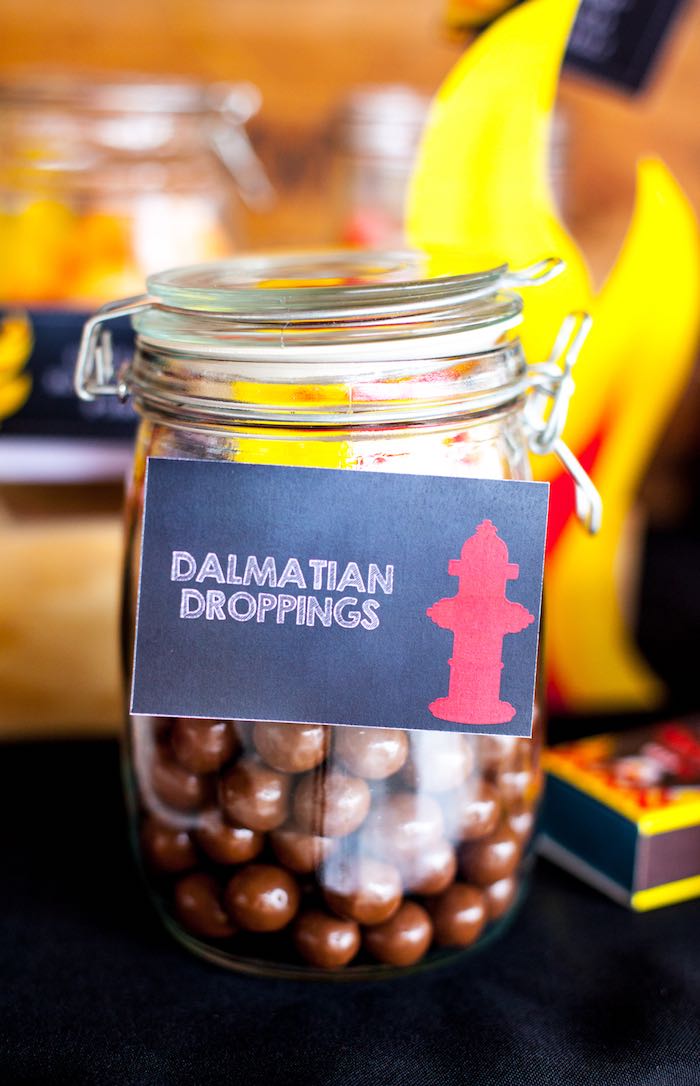 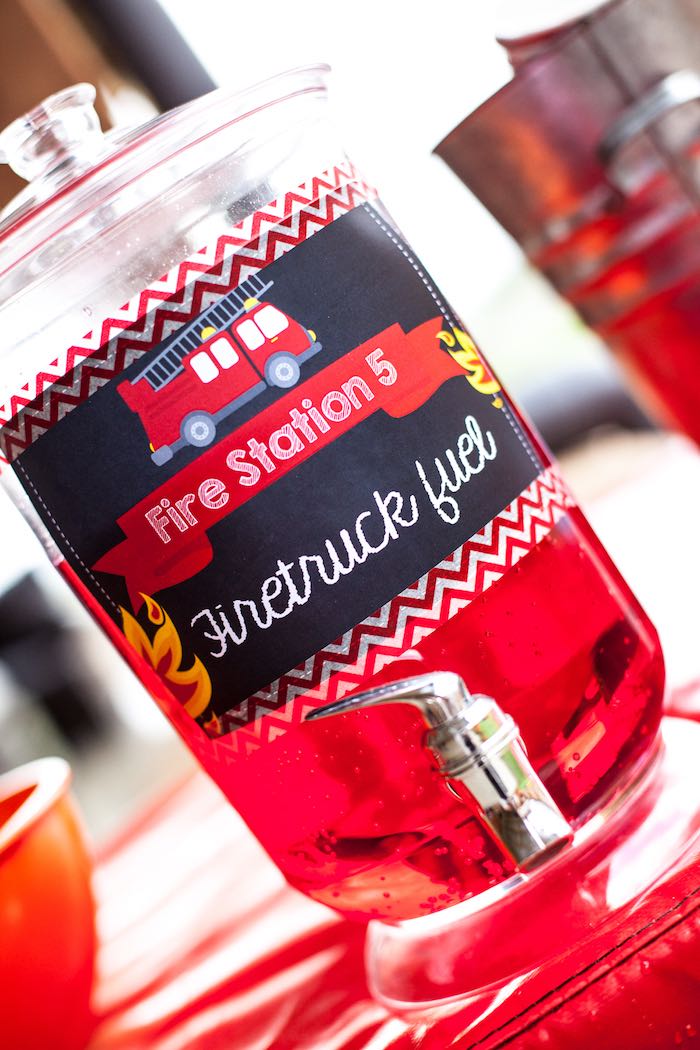 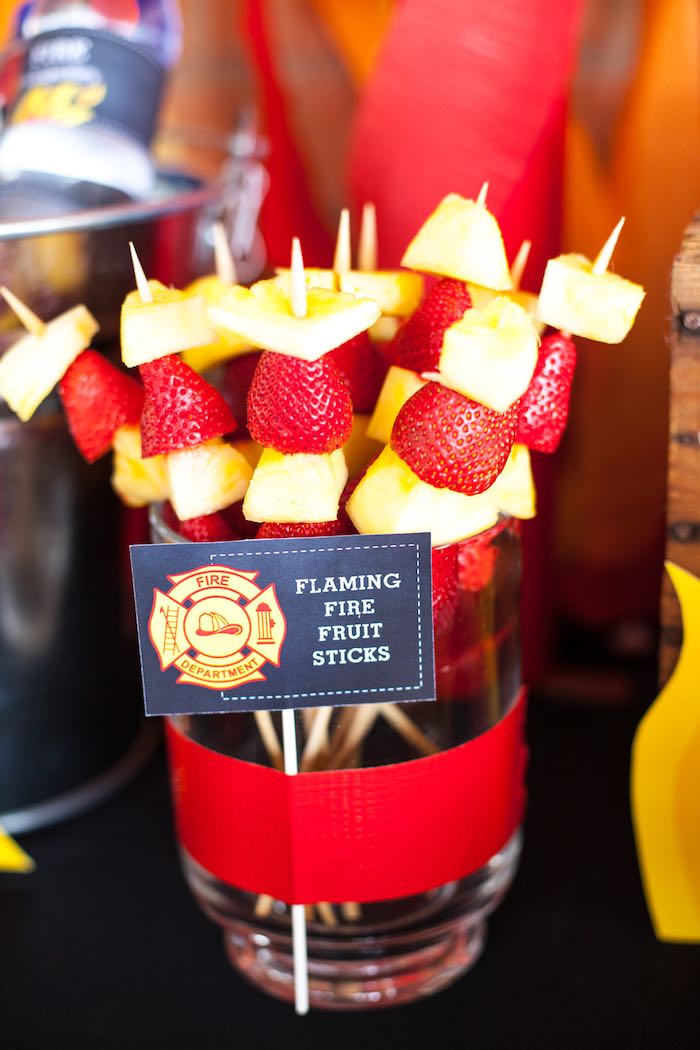 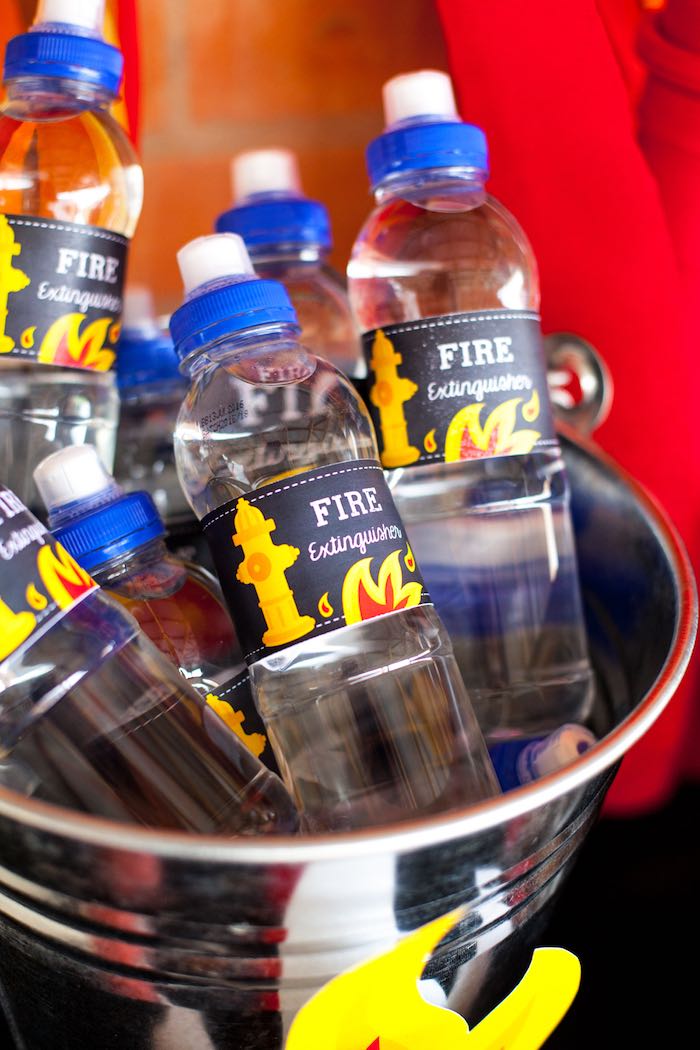 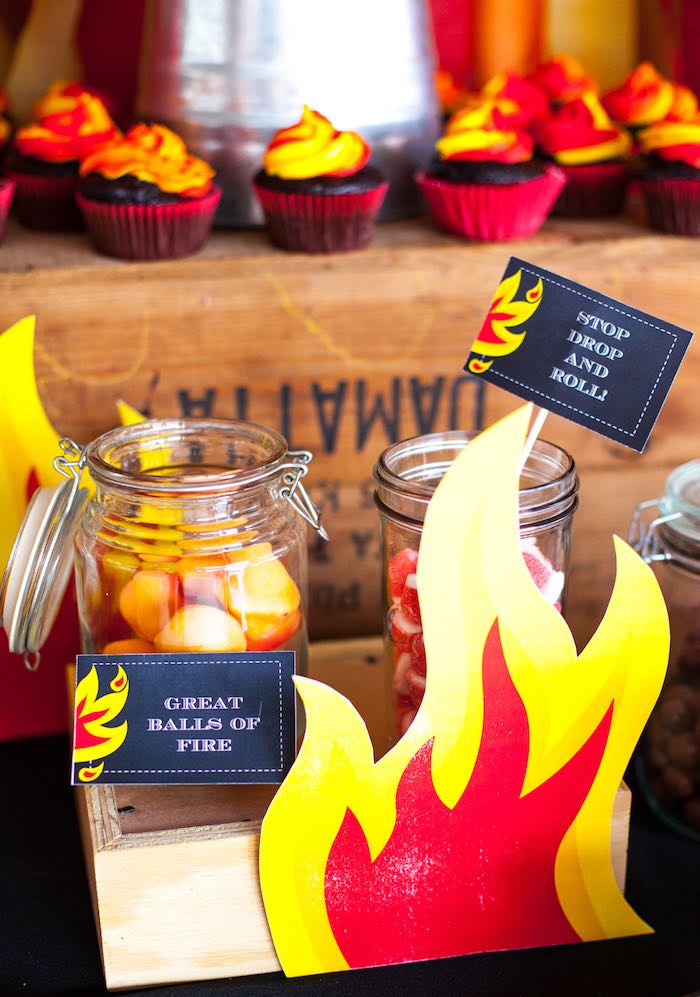 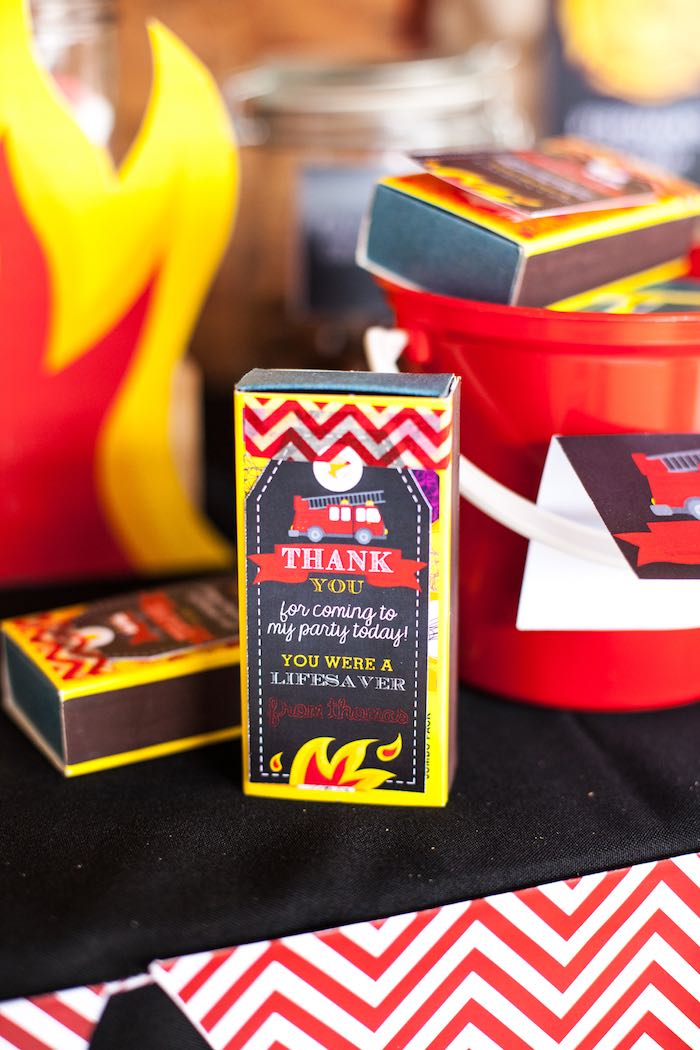 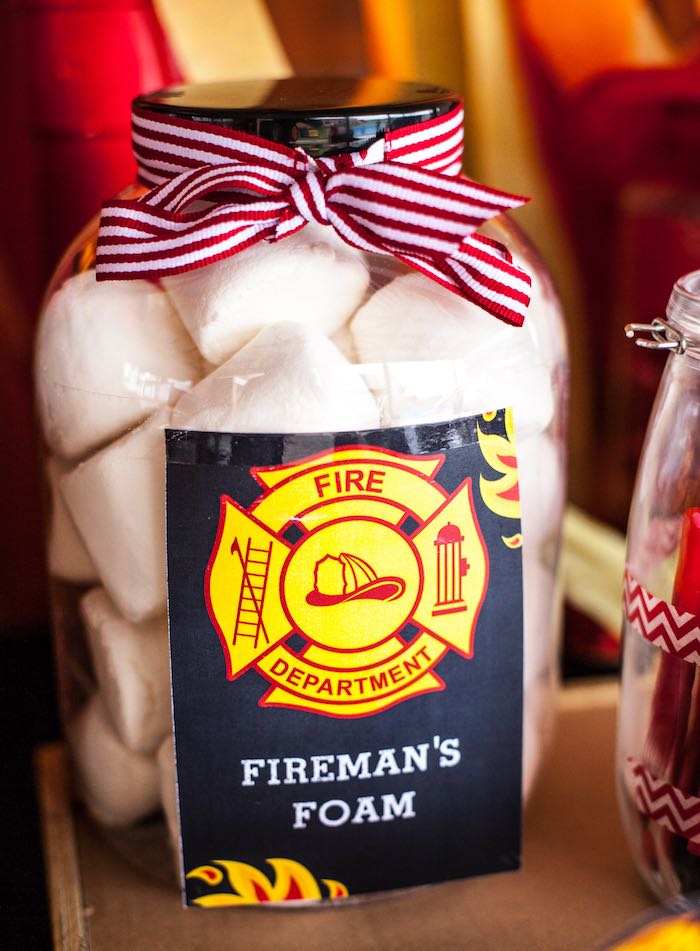 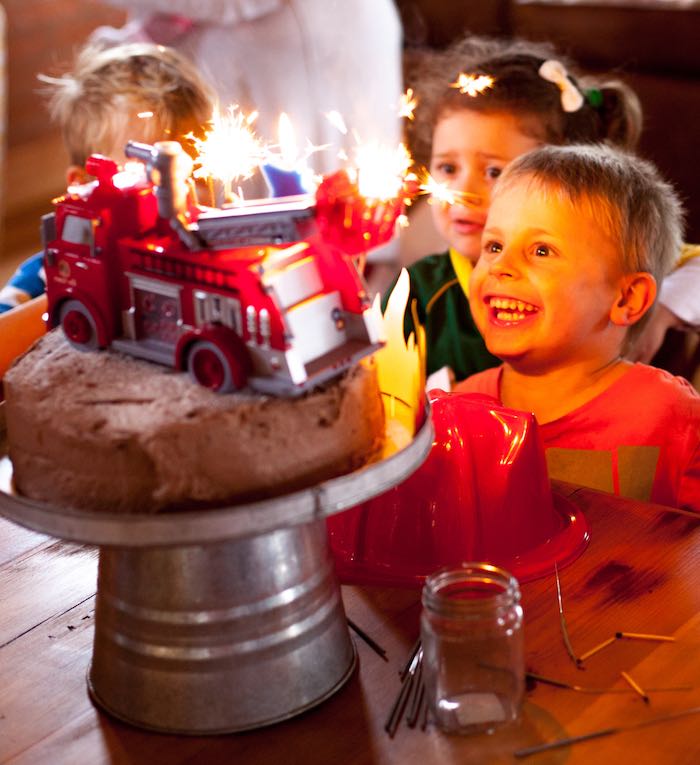 This is what Louise said about styling the party- “My little boy Thomas turned 5 in October and all he wanted was a Fireman Party!!

A brick wall was used as a background and I then made a crepe paper background that sat against the wall with a Happy Birthday Banner. Naturally, I used vibrant red, yellow and orange as my main colors and then black as a secondary color. The red fire hydrants were made out of plastic plumbing parts and put together and spray painted by my hubby.

The yummy chocolate cupcakes were iced with red, yellow and orange. I popped the cupcake toppers on top and that was that. I dotted the cupcakes at the base of the cake stand acting as “fire” and then cut out some flames (included in the full party package) to stick around the inside of the cake stand. And then I made a chocolate cake and placed a toy fire engine on top. Thomas LOVED it and it was super easy….

Some of the food options used were chocolate bars with red wrappers and labelled them FIREHOUSE POLES. A strip of red chevron washi tape around the top of the jar as well as some red electrical tape and placed a fireman’s hat on top of the jar. Red liquorice was found at a local shop and labelled FIRE HYDRANTS, I placed them in a small glass/mason jar. A jar of massive marshmallows came with a red ribbon and this was definitely going to be called FIREMAN’S FOAM. I also added some fruit to the fiery mix, I called these fruit kebabs (strawberries alternated with pieces of pineapple) FLAMING FIRE FRUIT STICKS.

For drinks, I served water as FIRETRUCK WATER and juice as FIRETRUCK FUEL (Juice/water dispenser was an absolute win). Tea, coffee and ice teas were served for the adults. For something different and a healthier option, I decided to serve water for the kids in little bottles and called them “FIRE EXTINGUISHERS”.

And now you can feel free to laugh at me, and some of my friends did….for the favors, I gave each child a box of matches with a magnet on the back with the view of putting the magnet on the fridge. Again, as a mom of boys, I have to be careful with this because my boys can be little pyromaniacs at times but we (my husband and I) have always agreed that they need to learn how to behave around fire and know the dangers, but that it can also be used safely. So I told each parent they could hide the matches or use as intended as a fridge magnet with matches attached.”