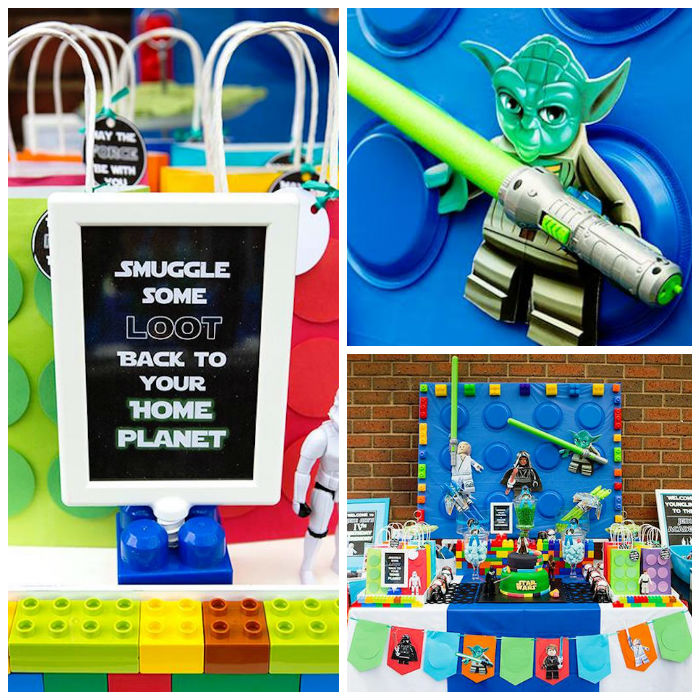 Is the force strong in your little Padawan? If so, then you must check out this Star Wars Lego Birthday Party submitted by Fiona Amarasinghe of Easy Breezy Parties out of Melbourne, Victoria, Australia! Complete with bright colors, Lego decor, and of course Star Wars characters, it’s an event that will send you into the next galaxy! 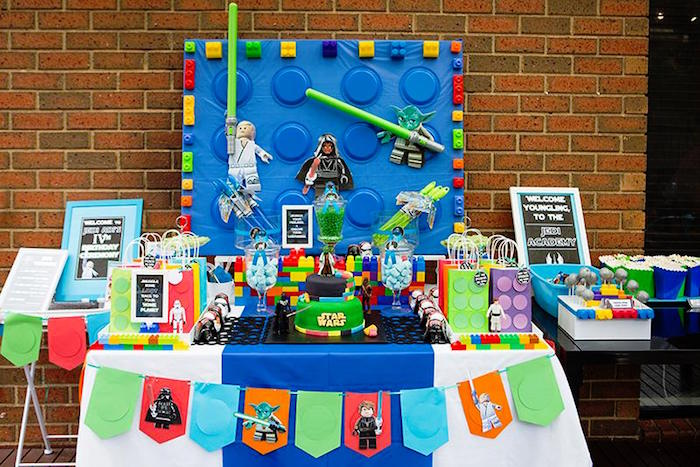 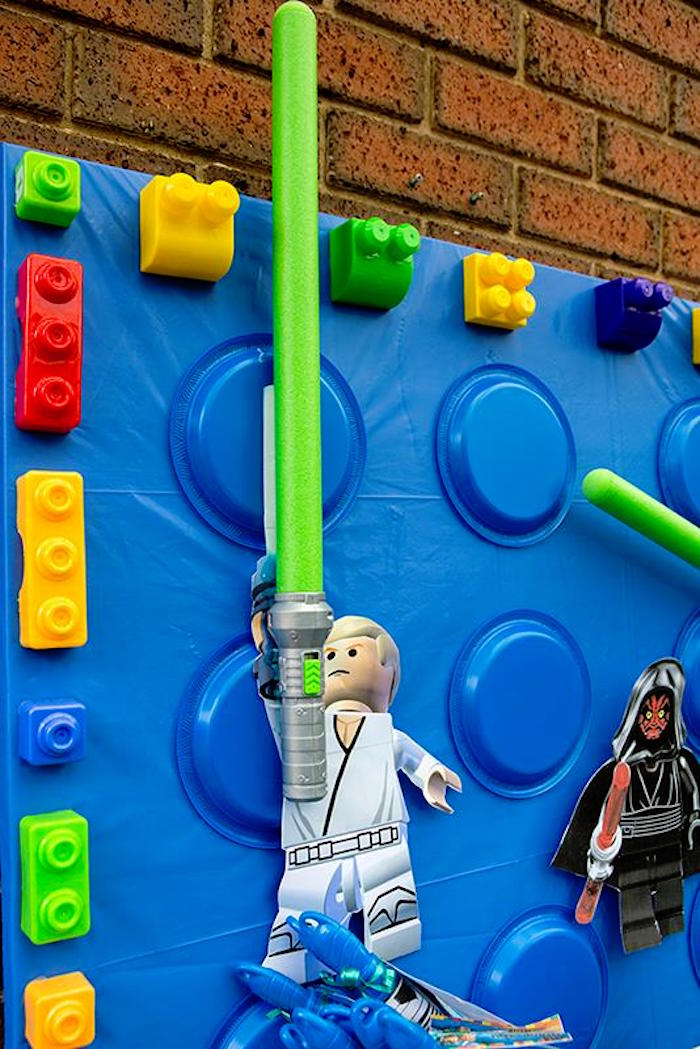 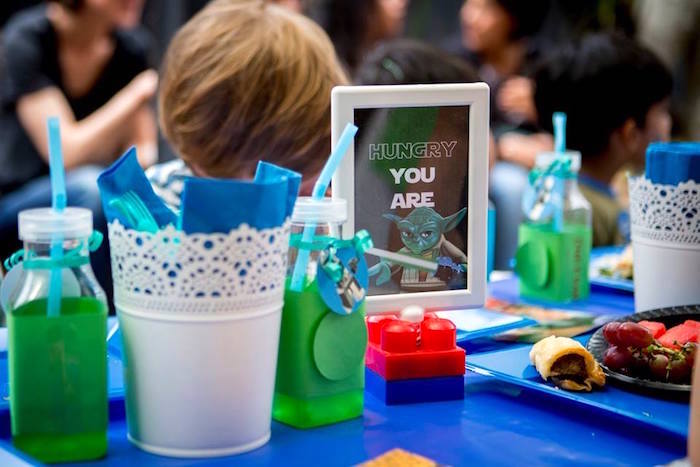 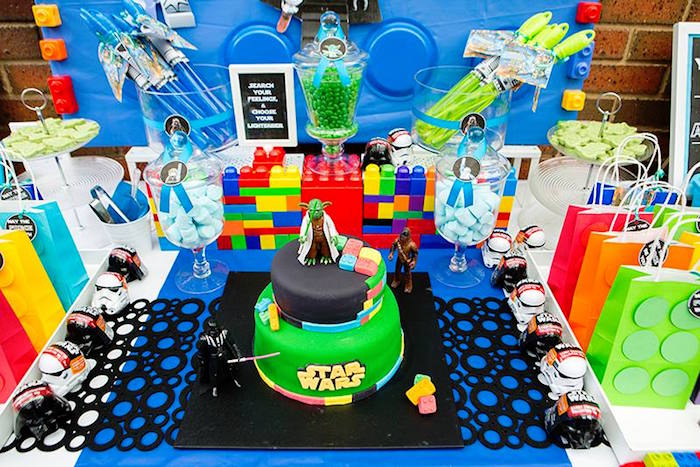 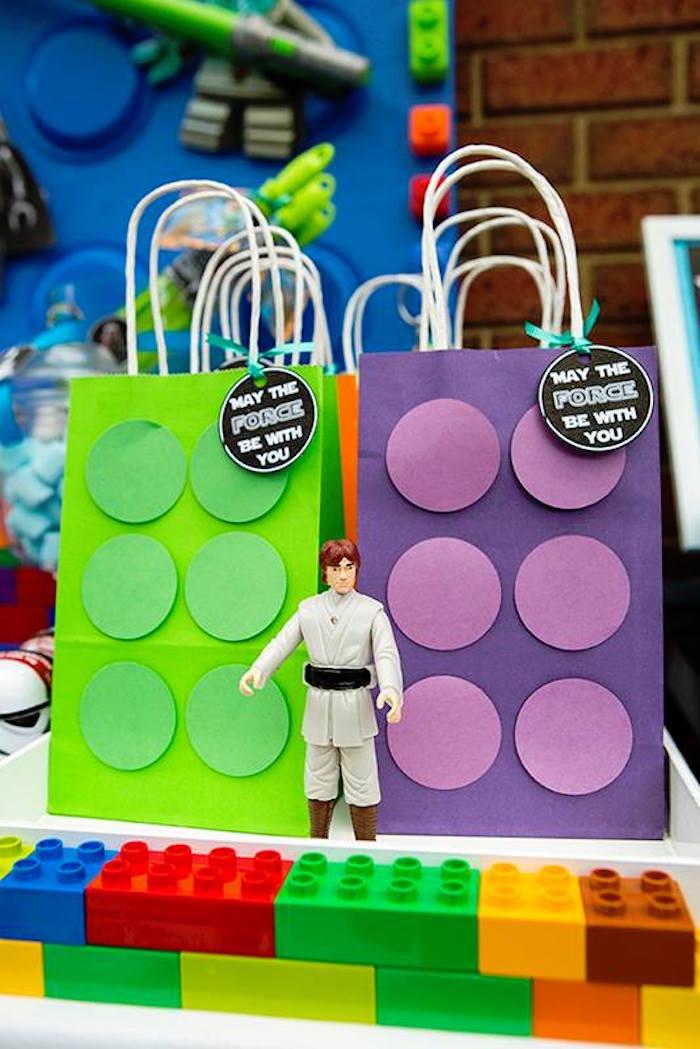 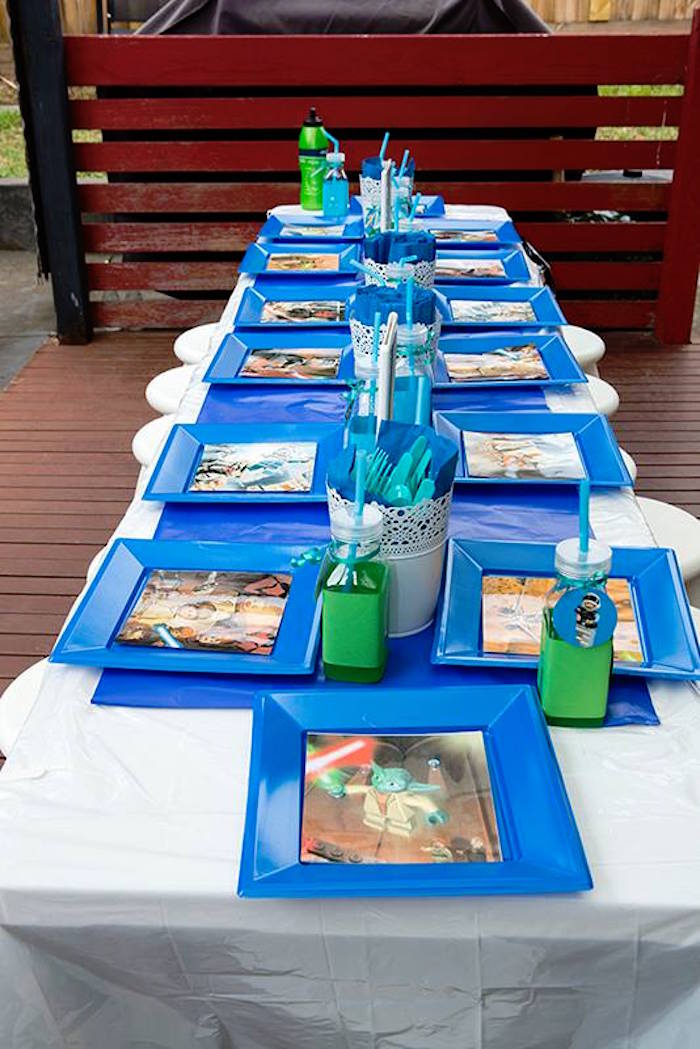 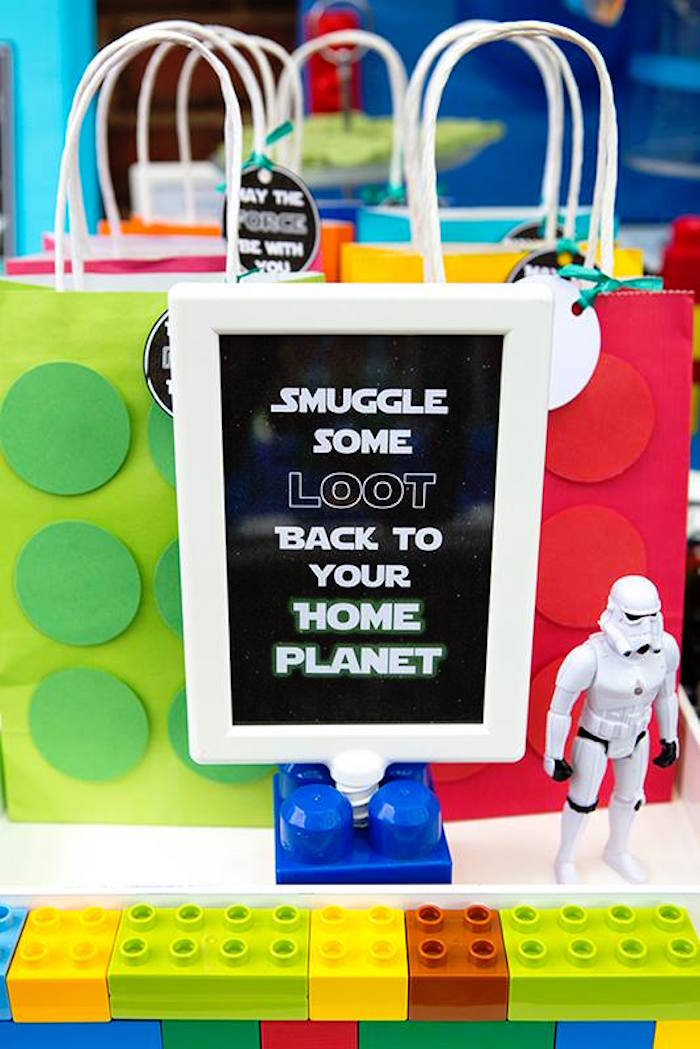 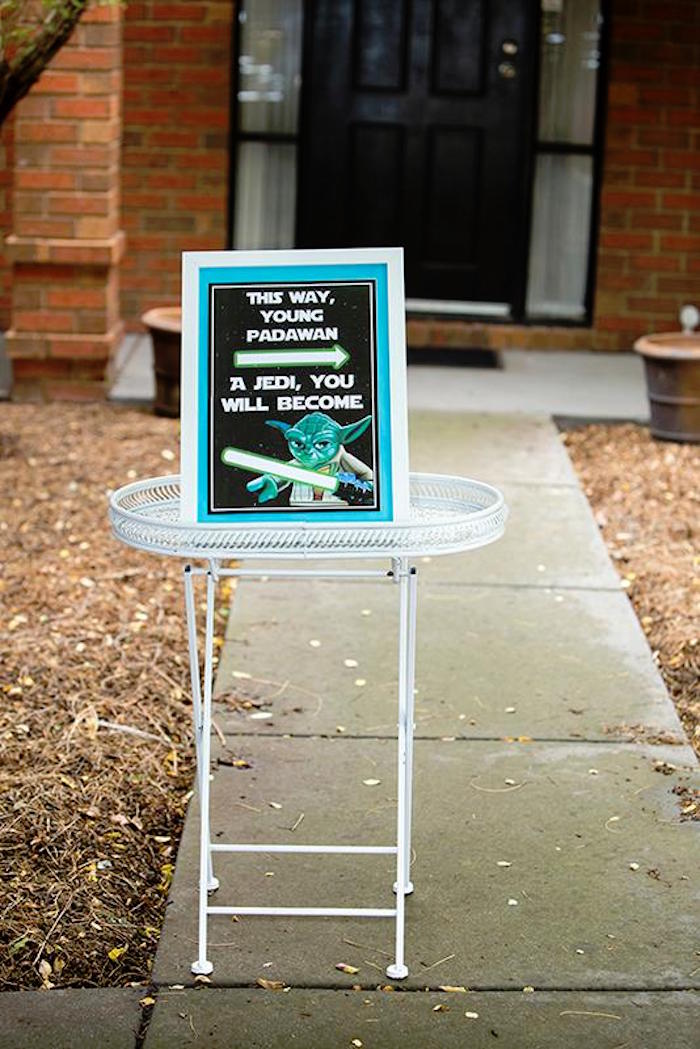 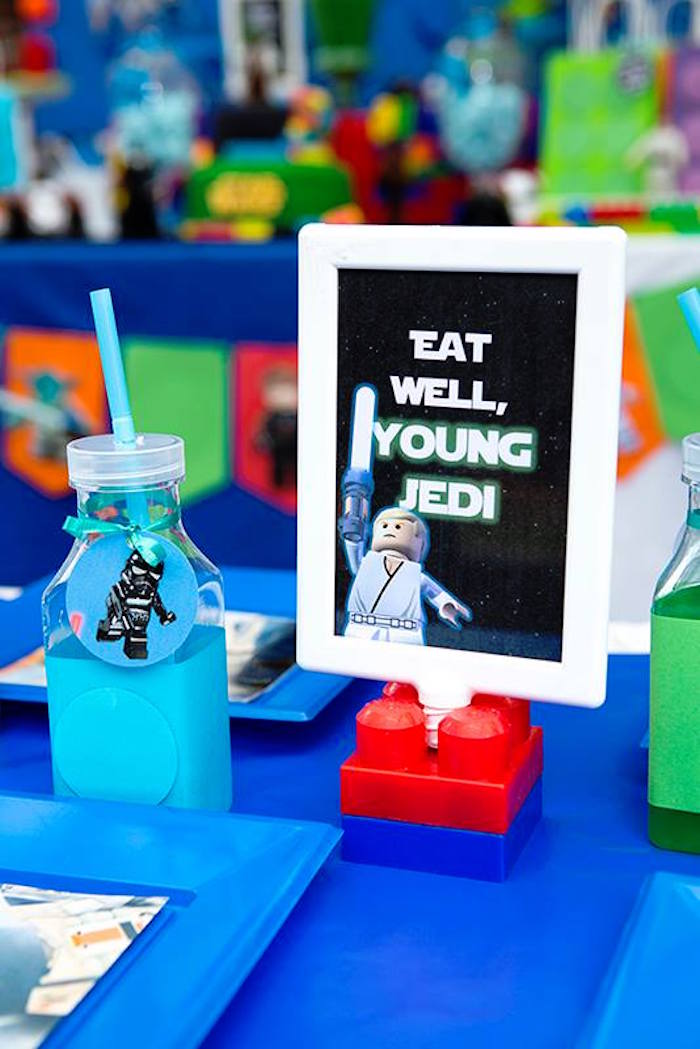 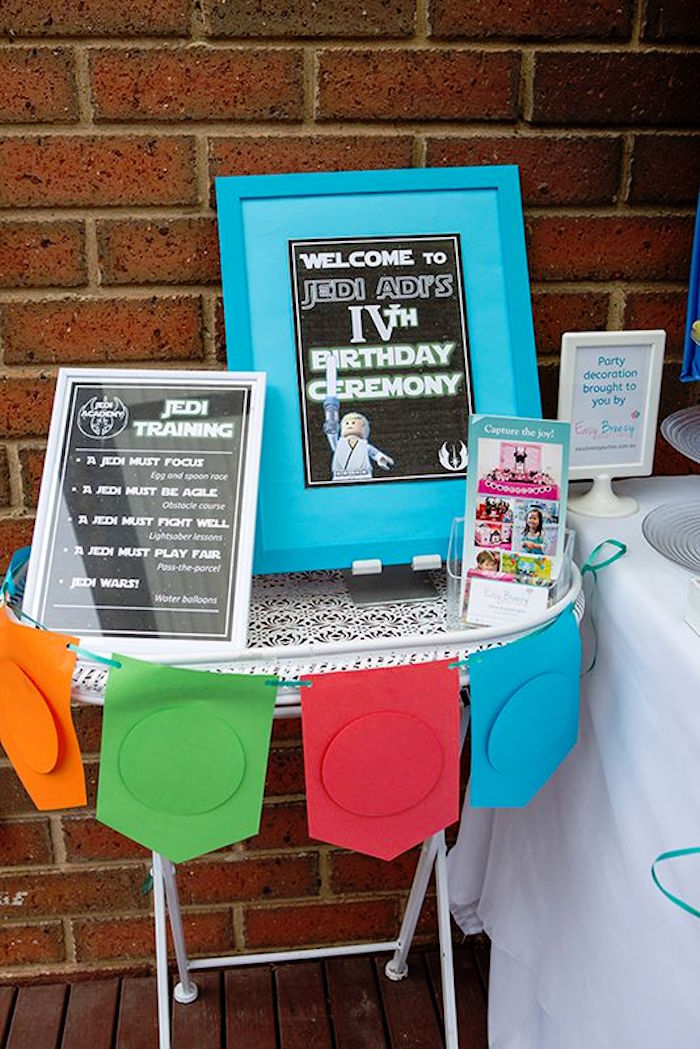 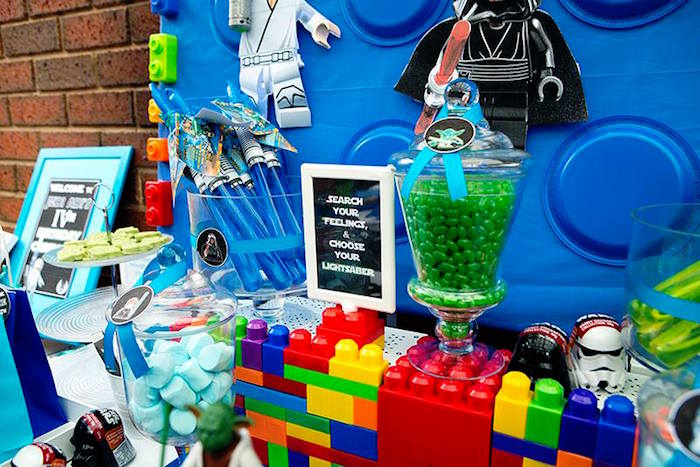 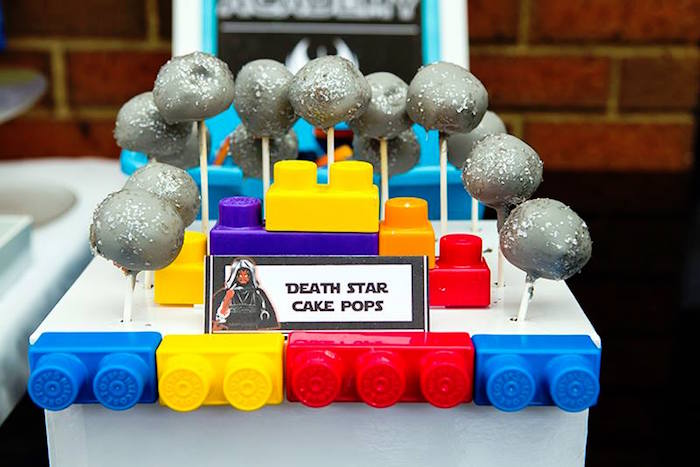 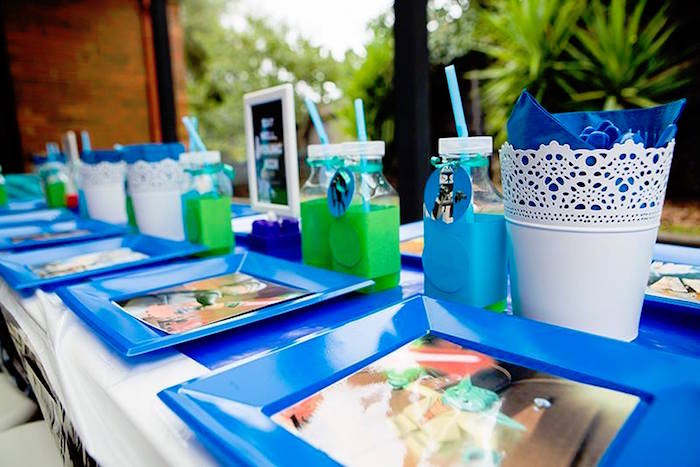 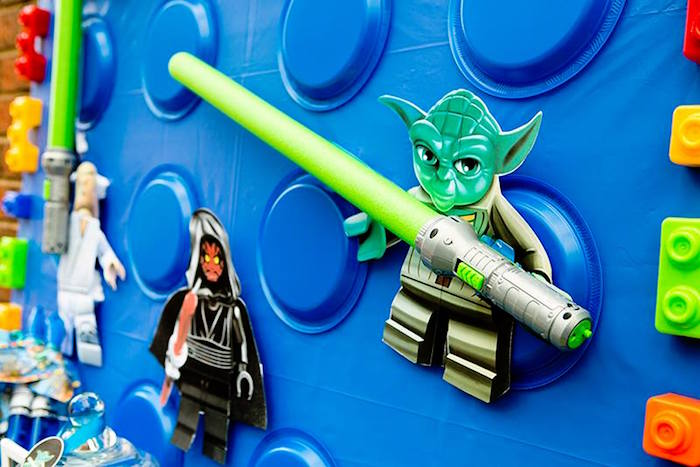 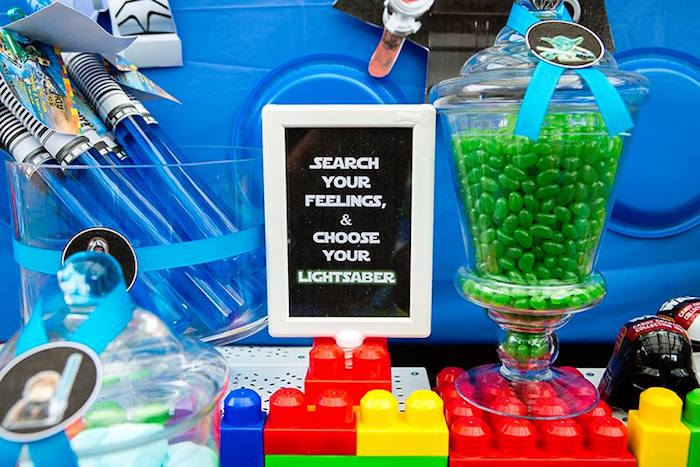 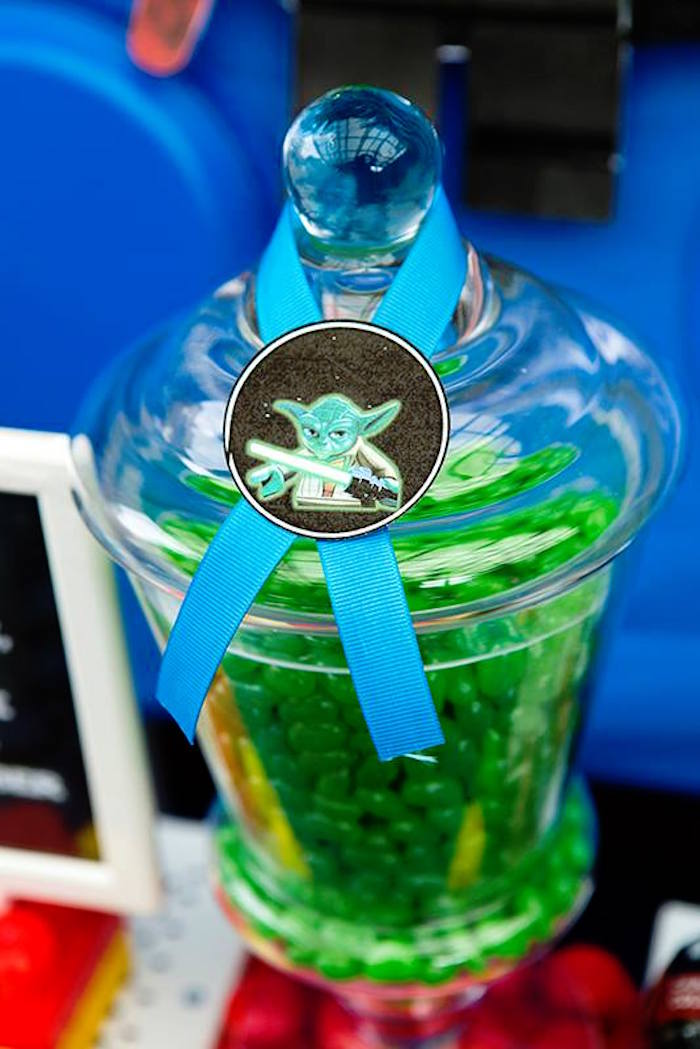 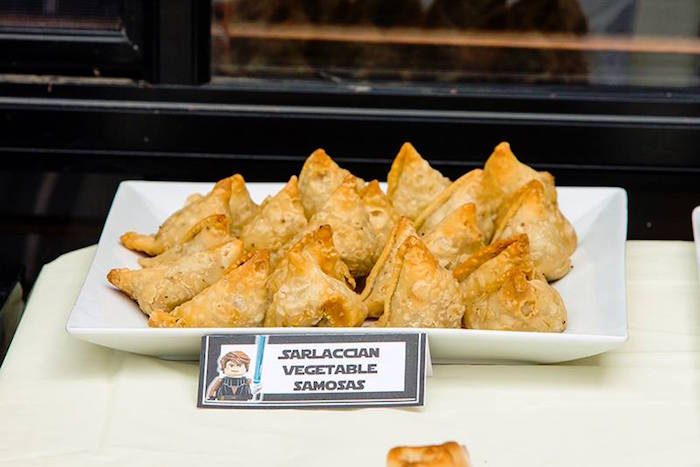 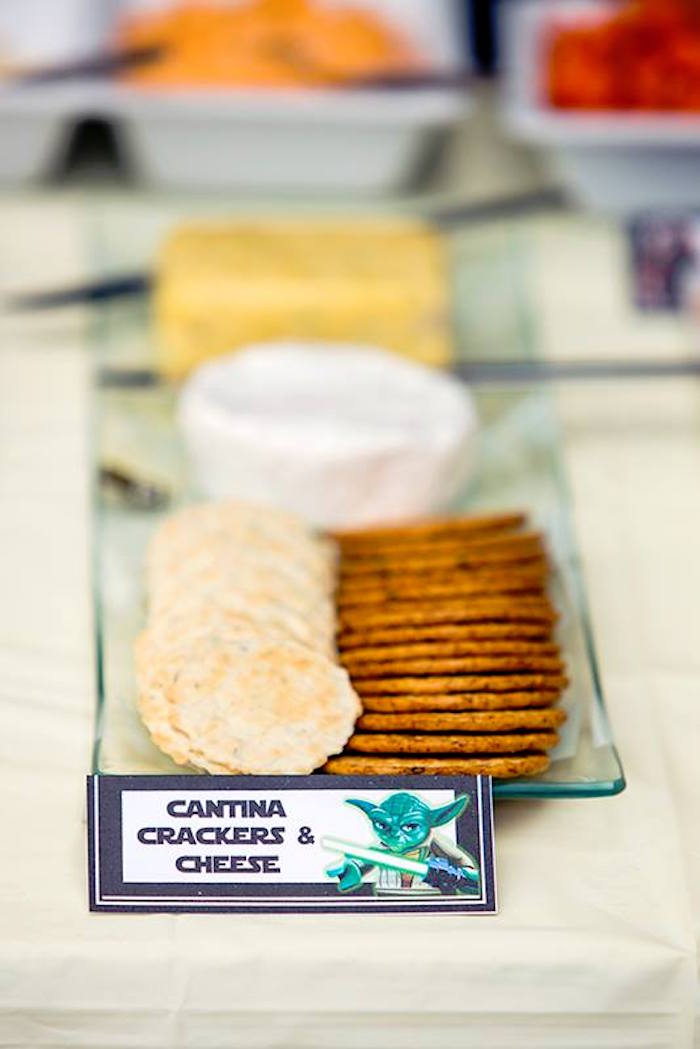 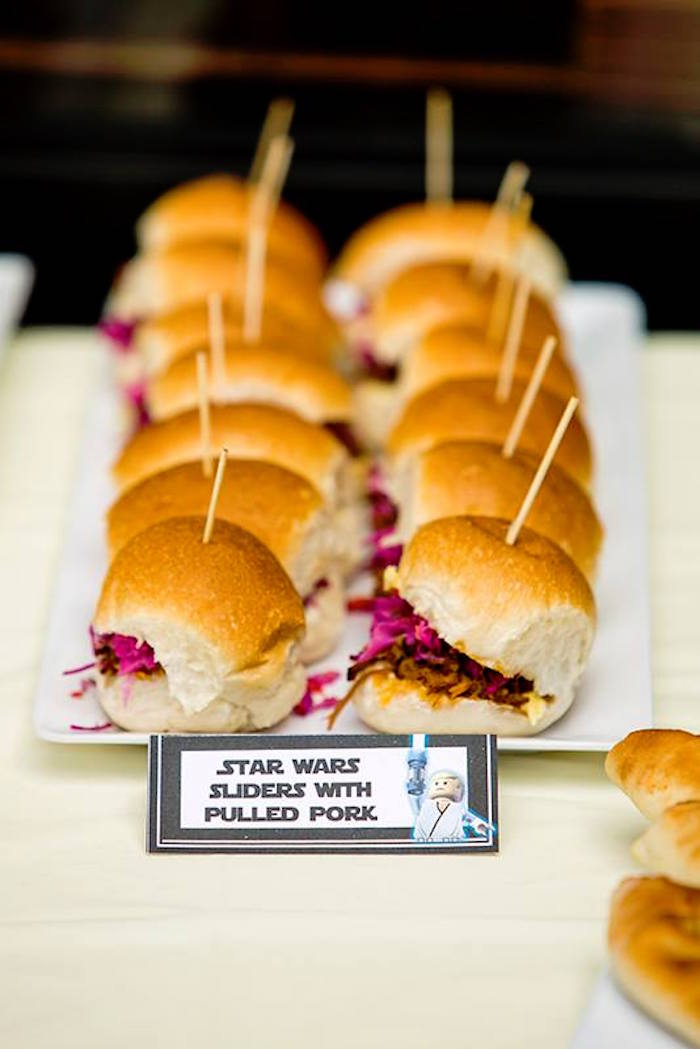 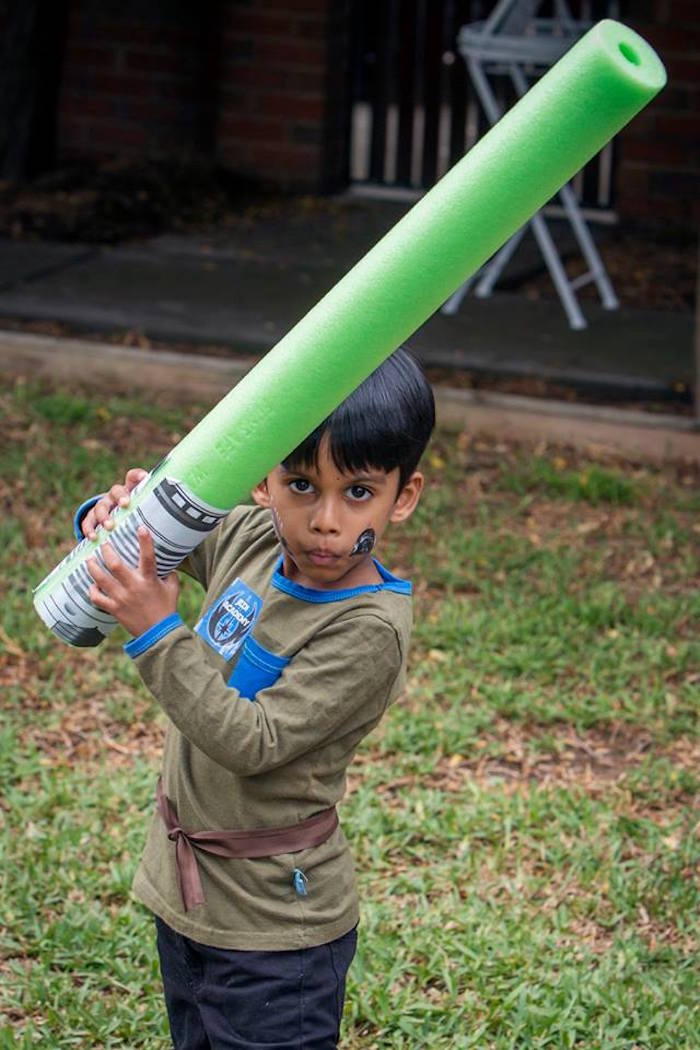 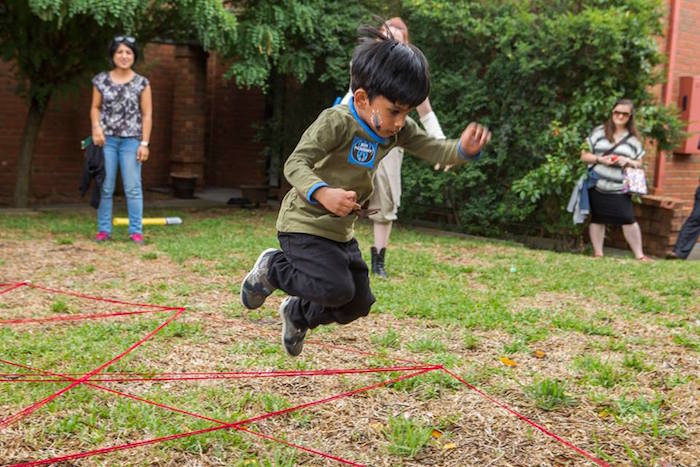 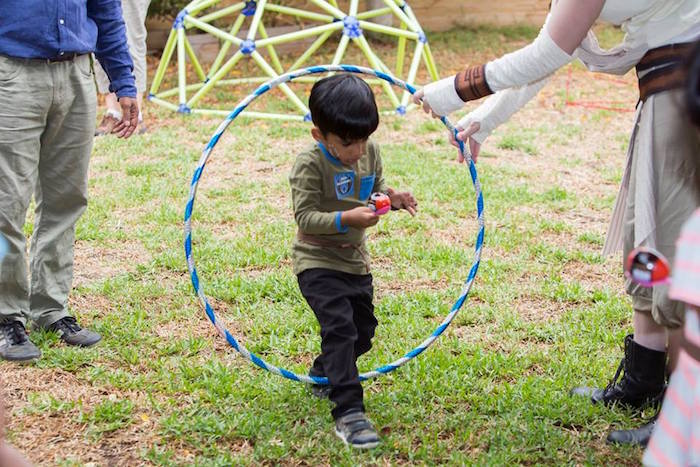 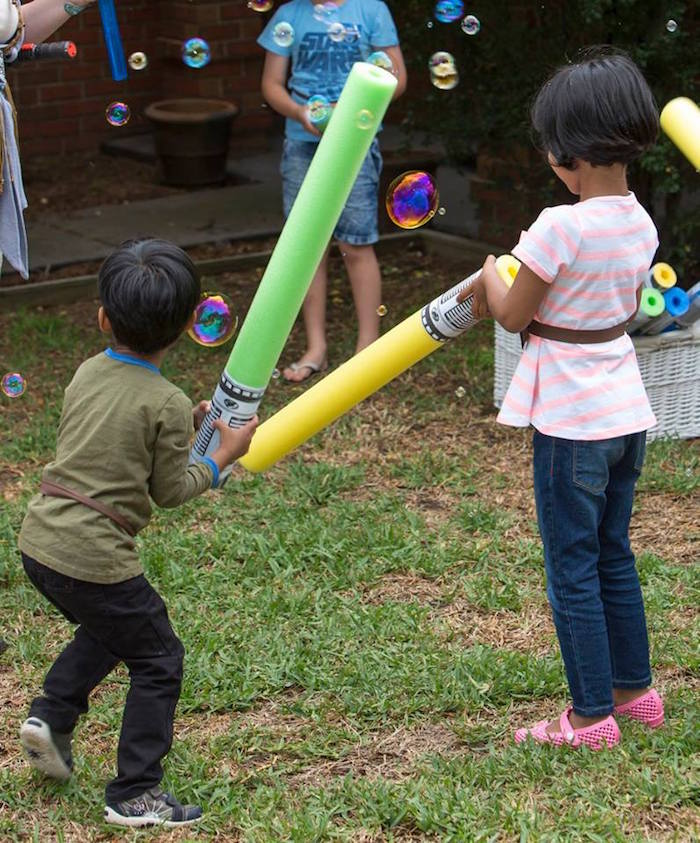 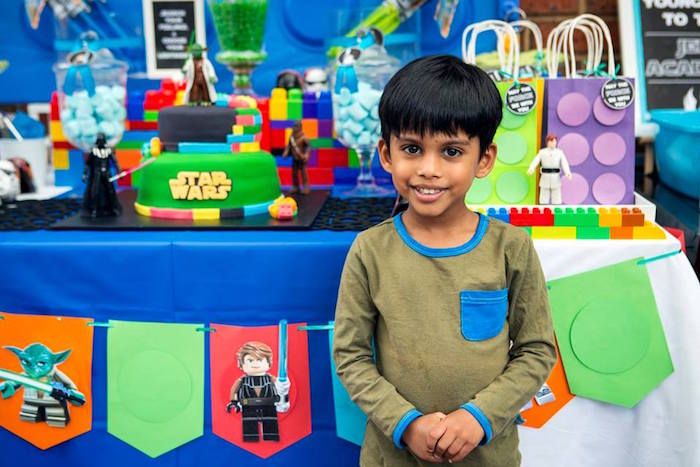 This is what was shared about the party- “Little Adi loves Lego, and especially his Star Wars sets. So for his fourth birthday, Easy Breezy Parties was hired to create a Star Wars themed party space, and to put the younglings through their paces, at the Jedi Academy.

This was such a fun party, which delighted both the adult Star Wars fans as well as the young Jedi. Easy Breezy Parties set up a delicious candy buffet, featuring an amazing backdrop that included real light-up lightsabers. There was also a party table to sit and eat at with fun Star Wars Lego character plate inserts.

The young Jedi had much to do, first with face painting and building star ships out of giant Lego blocks. Once everyone had arrived, the Jedi training got underway, and the younglings learnt how to focus with an egg and spoon race, practiced their agility dodging laser beams and silly string, then learnt the ancient art of lightsaber warfare. Having done so well in their training, they all graduated as fully fledged Jedi Knights…then celebrated with a water-balloon war!

Party decoration and entertainment were provided by Easy Breezy Parties, and was beautifully captured by Silvergum Photography (www.silvergumphotography).

The cake was created by Adi’s very talented mother.”

More Lego and Star Wars parties to be found here: