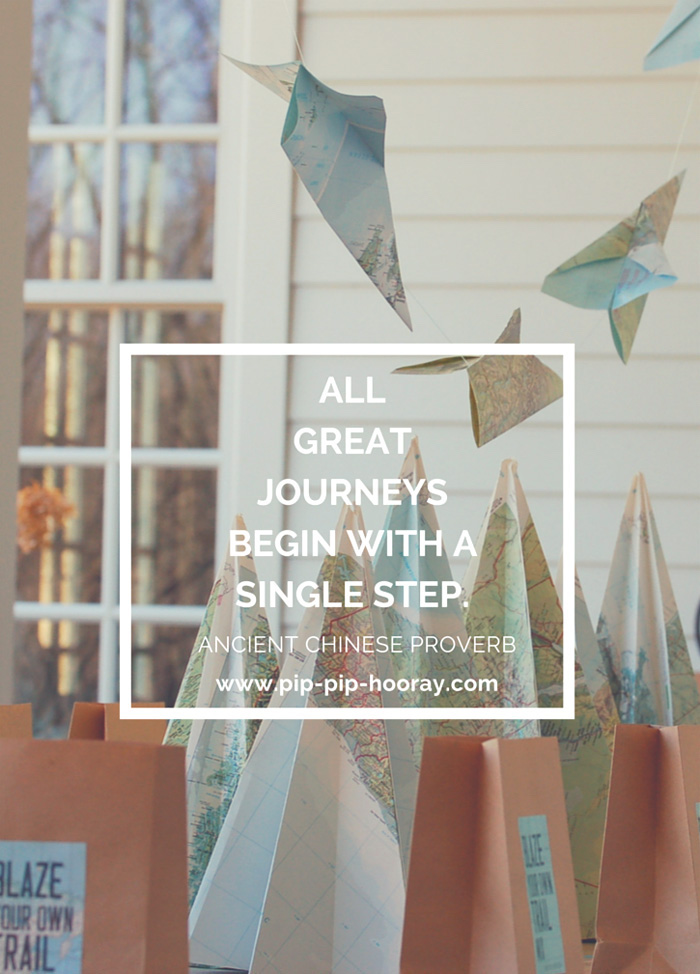 Do you have a little one who loves to explore? If so, you aren’t going to want to miss this awesome “Explore Your World” Travel Birthday Party submitted by Pernilla Meyer of Pip Pip Hooray out of Louisville, Kentucky, USA!

It’s paper map details and fun charm are sure to wow the greatest adventurer!

Don’t miss these awesome party elements while traveling through this fun-filled world party: 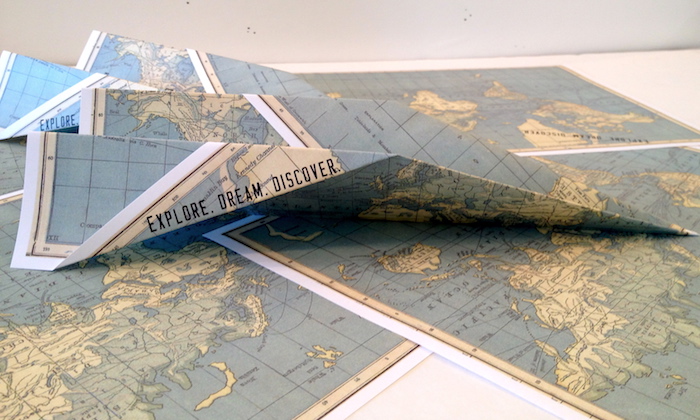 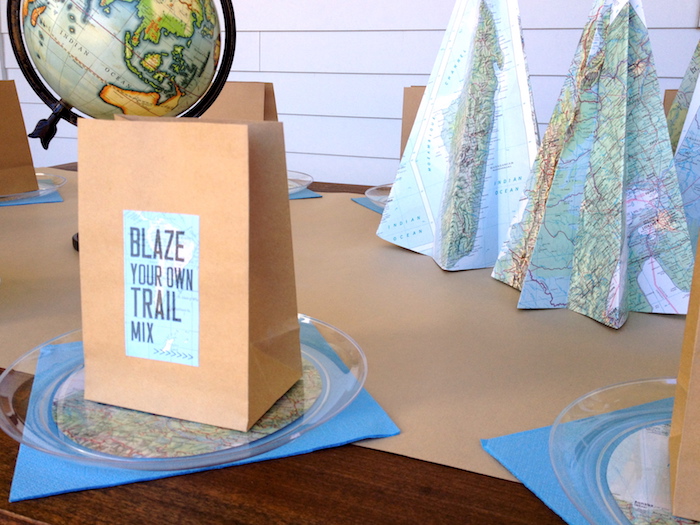 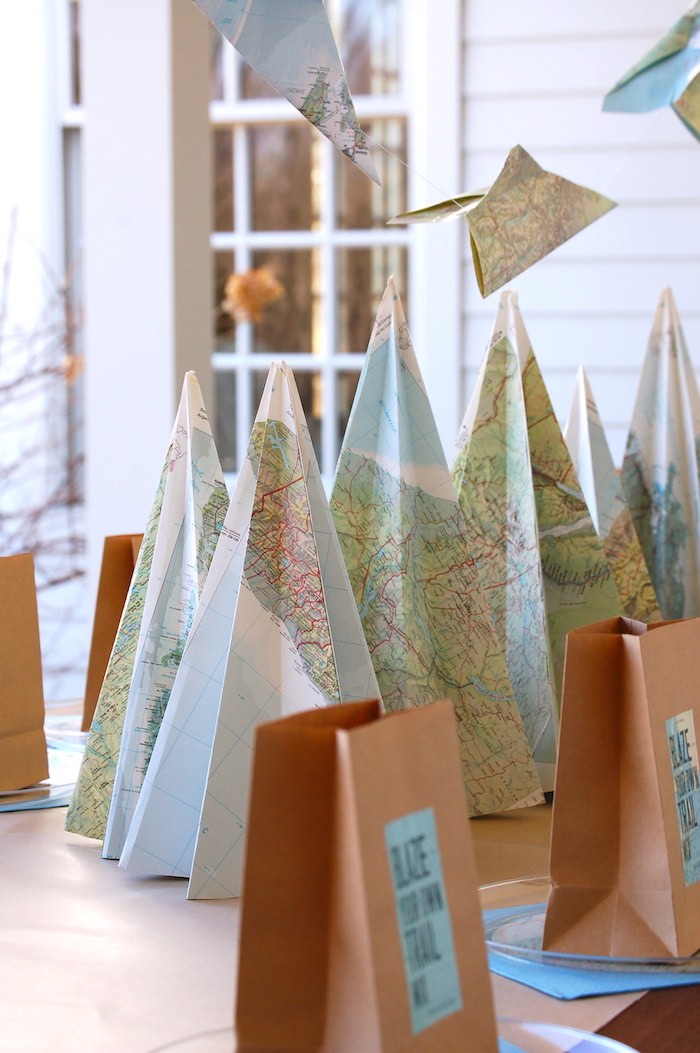 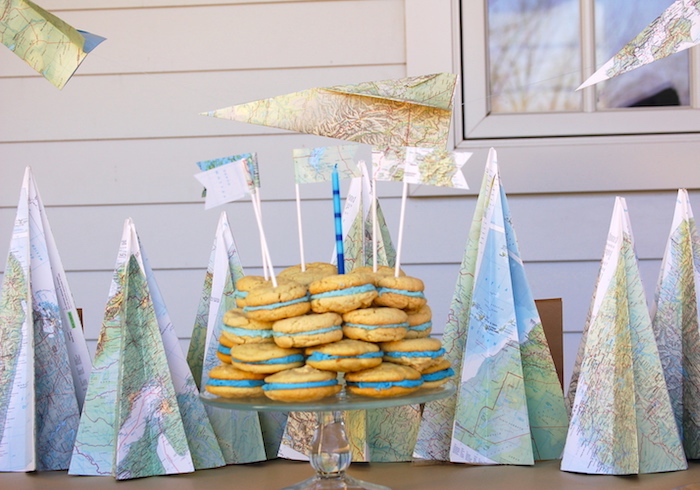 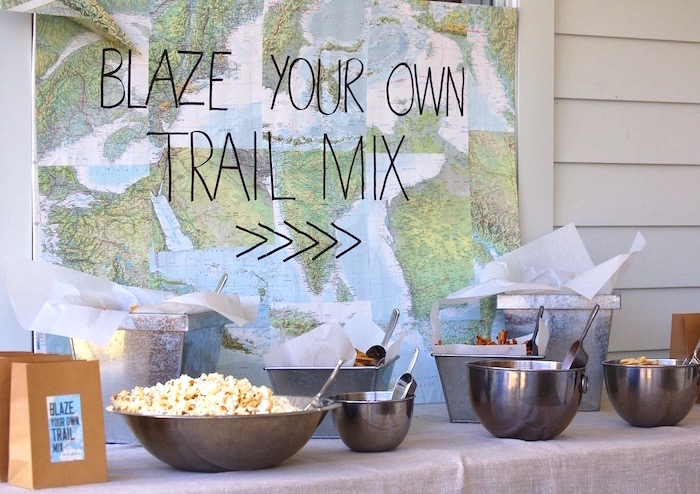 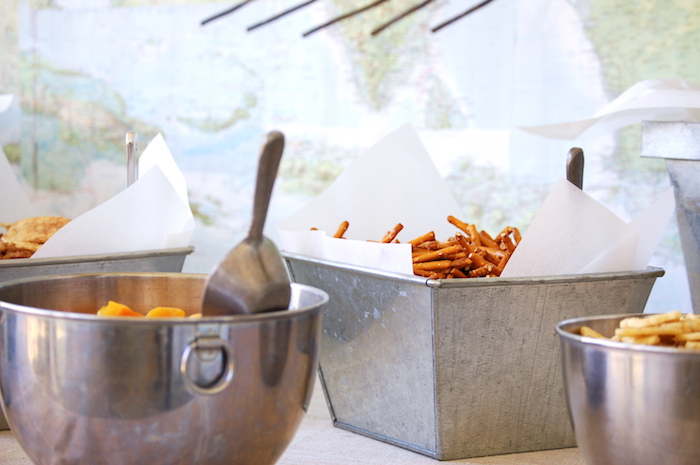 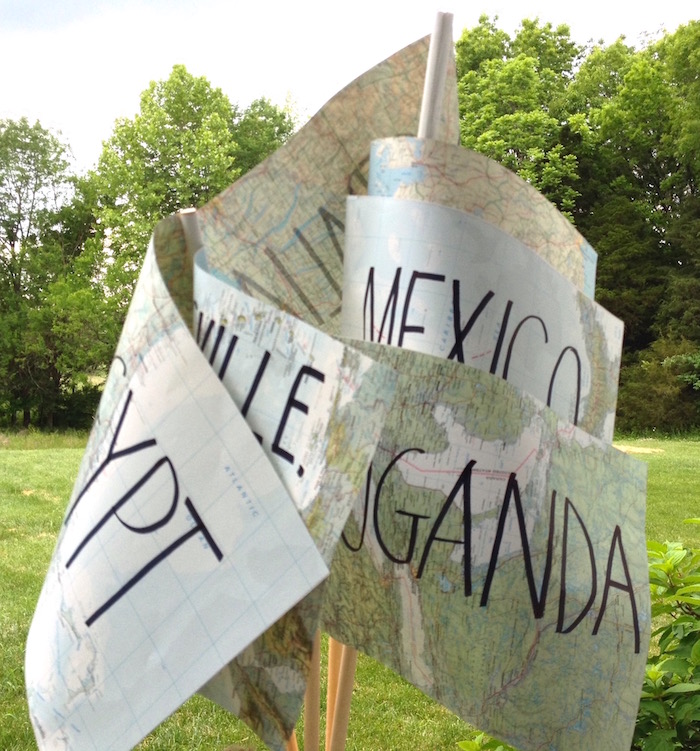 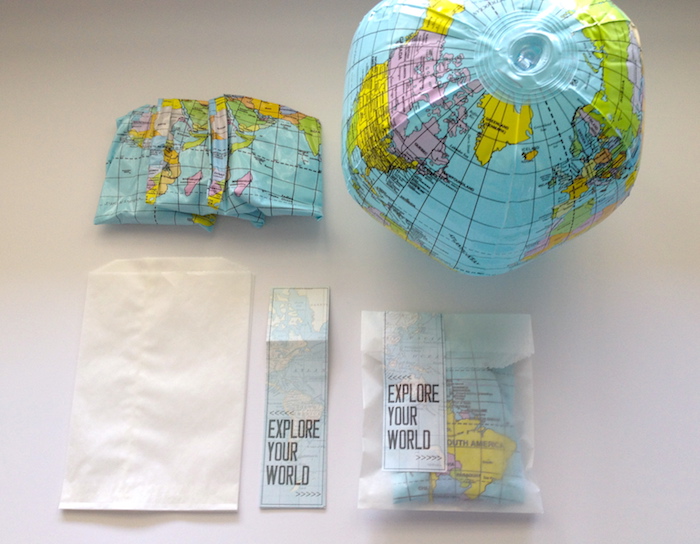 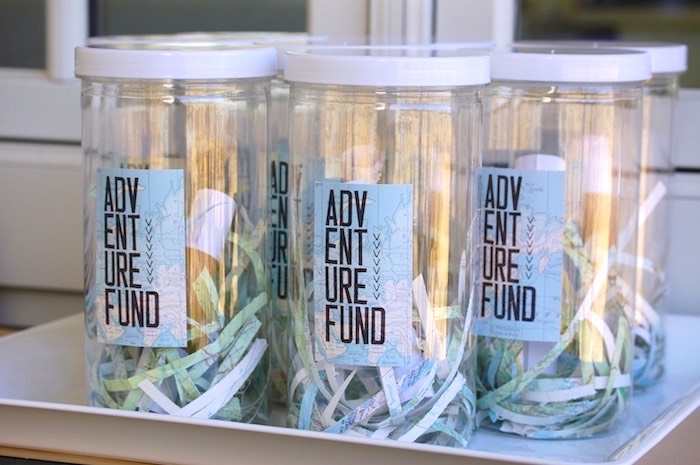 This is what Pernilla shared about the party-

We decided to embrace this spirt of adventure and create an EXPLORE YOUR WORLD birthday party for our tween son and his class. The party was based around the idea of journeying to nine different countries with exciting team challenges at each stop, and it needed to be fun for both the boys and girls.

I decided to deliver personalized PAPER AIRPLANE INVITATIONS. I used a map as the background and then added the party information. Instead of giving our street address, I used latitude and longitude coordinates. The kids really enjoyed figuring it out!

I continued with the map theme for the party table I set up outside. I purchased an atlas at a used book store that contained maps in the shades of blue and green that I liked. Using pages of maps, I created more paper airplanes which I strung as a simple GARLND over the table. I also folded the maps to create a group of MAP MOUNTAINS in various heights as the centerpiece, and also for other details for the table.

While we waited for the final guests to arrive, the kids played WORLD PICTIONARY using cards I created listing major cities and countries from around the world. Then, the kids divided into teams and began their JOURNEY AROUND THE WORLD. Each team completed a fun challenge to win points at each of the nine stops, and the team with the most points after returning home was declared the winner.

Some of the stops and challenges of the journey included:

(because we live in Louisville, Kentucky – known for the Kentucky Derby horse race – we tossed flower garlands onto a large blow-up horse.)

After their exciting journey, the explorers helped themselves to a BLAZE YOUR OWN TRAIL mix bar where they made their own bags of snack mix. I also served some other snacks and a fun COOKIE MOUNTAIN topped with map flags.

I wanted the EXPLORE YOUR WORLD idea to continue after the party, so I sent each guest home with ADVENTURE FUND JAR to use for saving for their next adventure and for keeping their future adventure plans and wishes. I also included a MAPTIA MANIFESTO to encourage the idea of further exploration. For the winning team, I gave blow up GLOBE BALLS packaged with a map tag. Everyone also received a printable thank you postcard with a travel quote and short message from my son after the party.