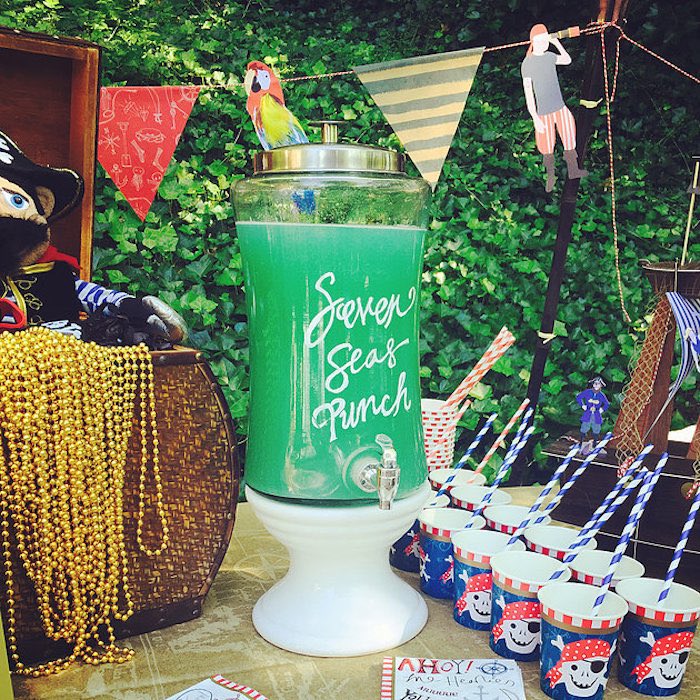 Argghh! Ye looking for hidden treasure matey?! Here’s a party full of fun and wonderment from beyond the Seven Seas!

Submitted by the talented Shannon Whitaker of Soigné Party out of Portland, OR, USA, this Pirate’s Life Outdoor Pool Party is filled with fun and treasure worth beholdin’!

Here is a list of pirate loot and booty you’ll want to point your compass towards to find: 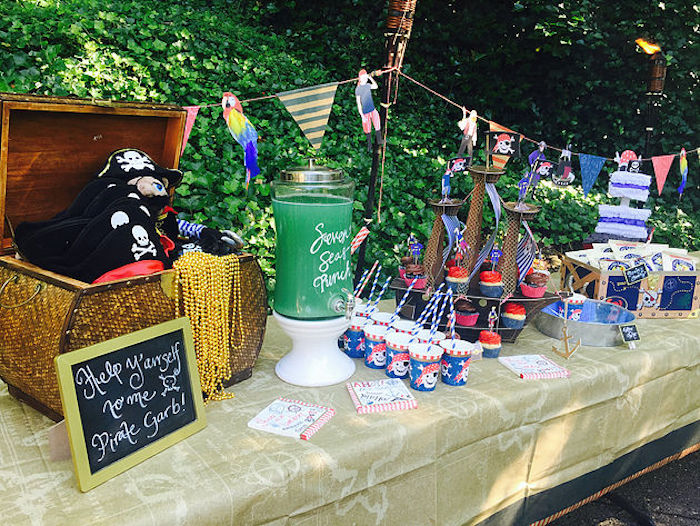 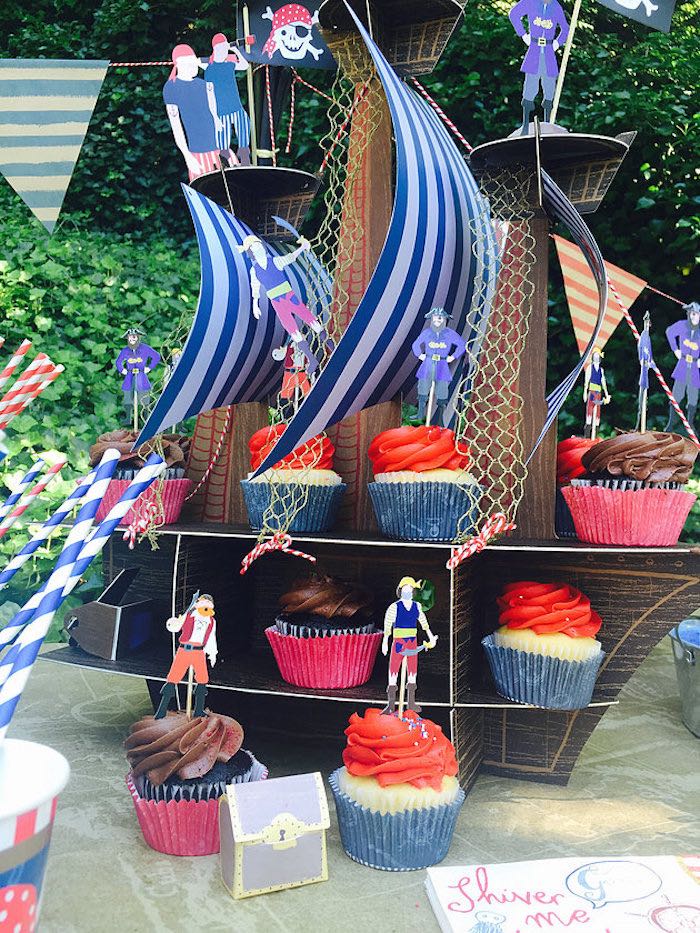 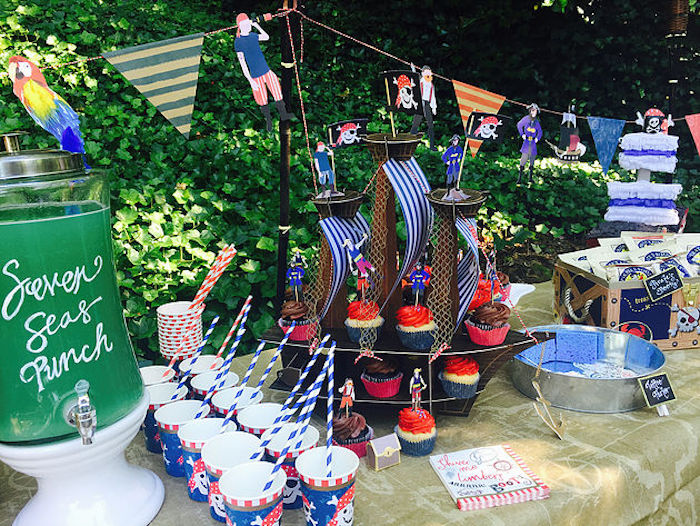 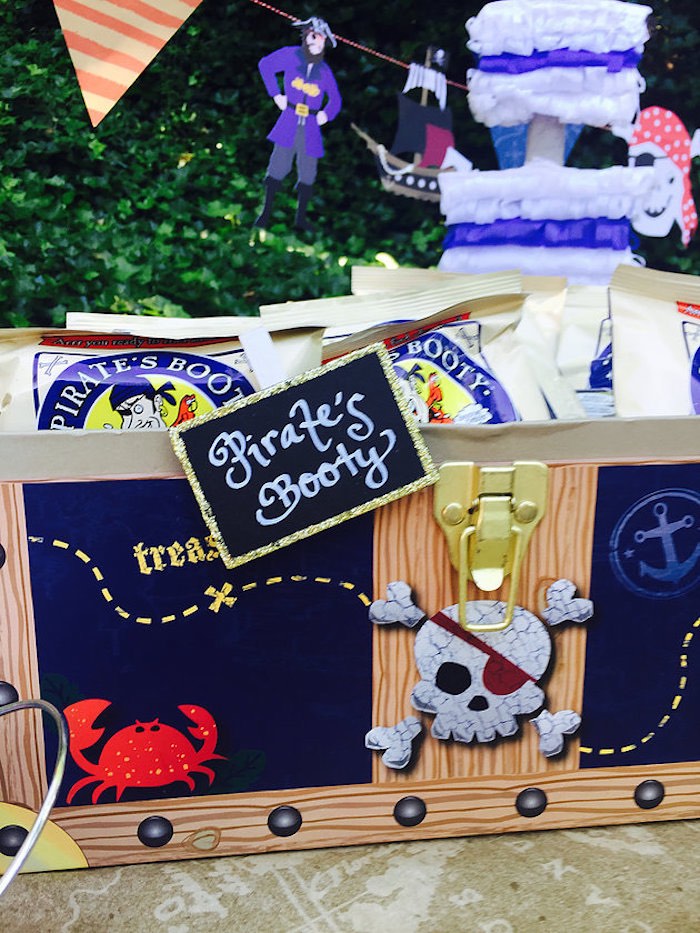 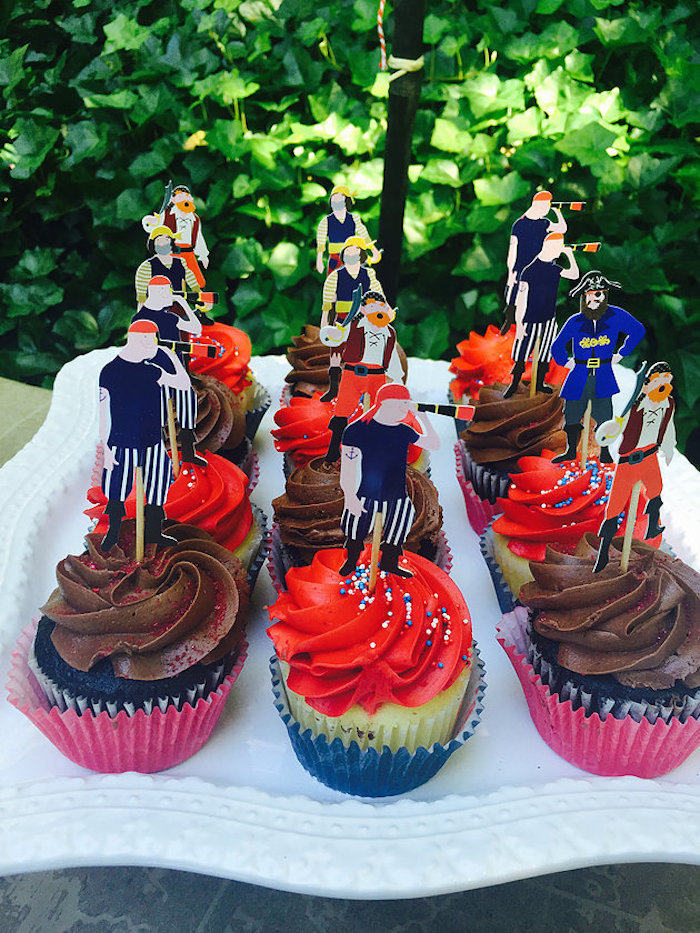 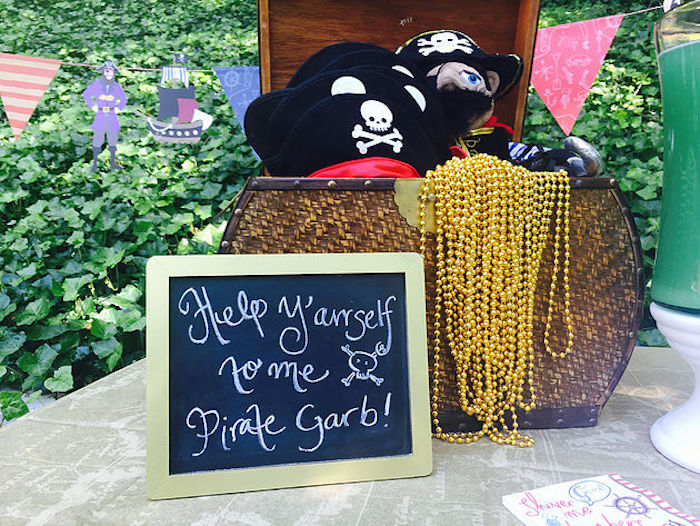 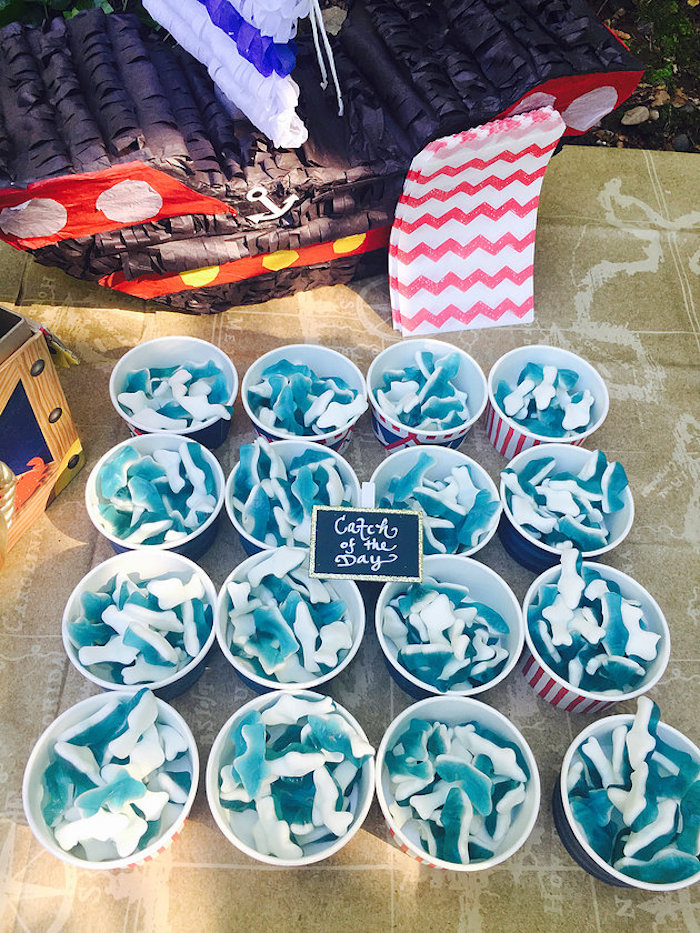 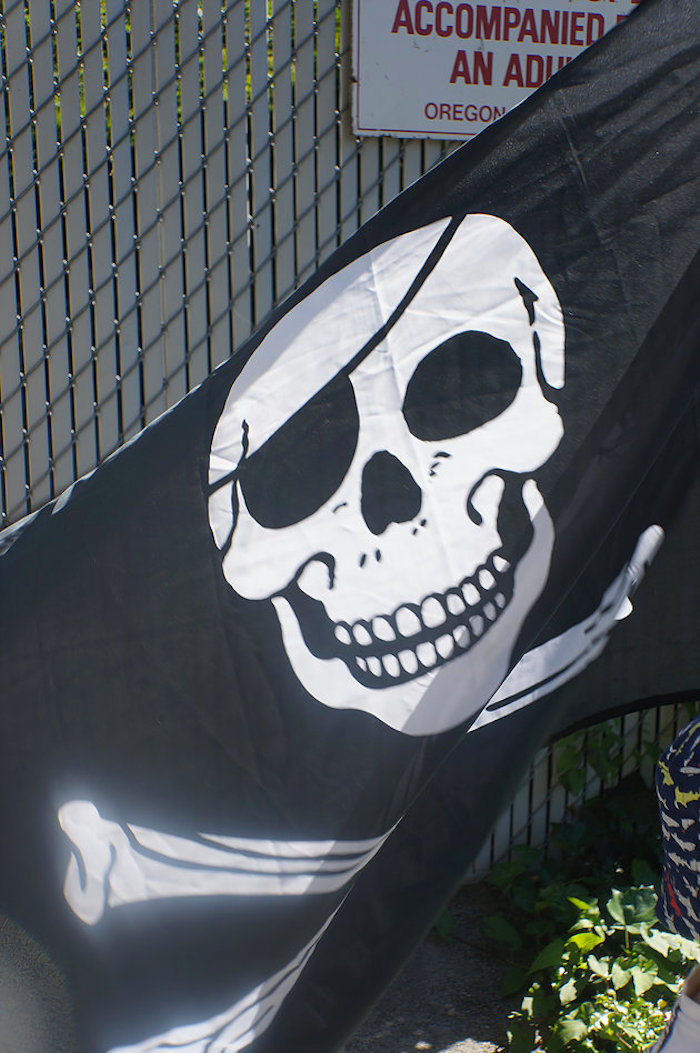 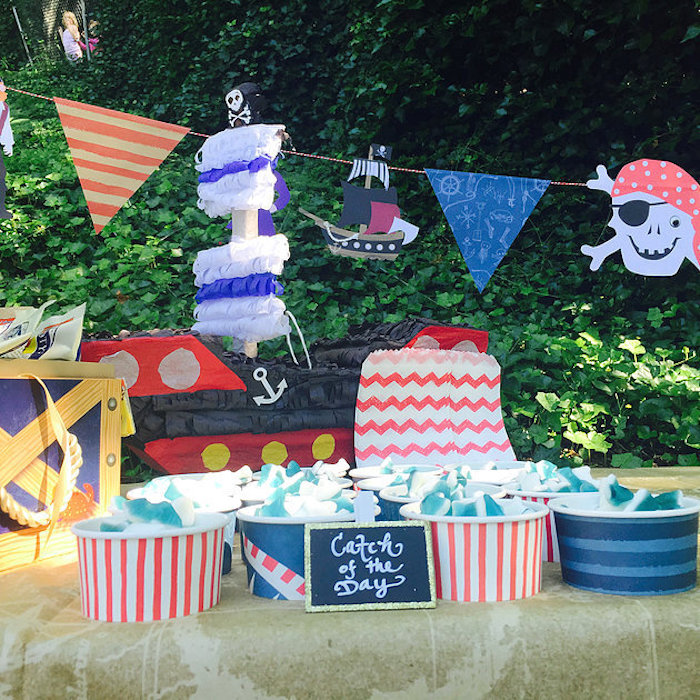 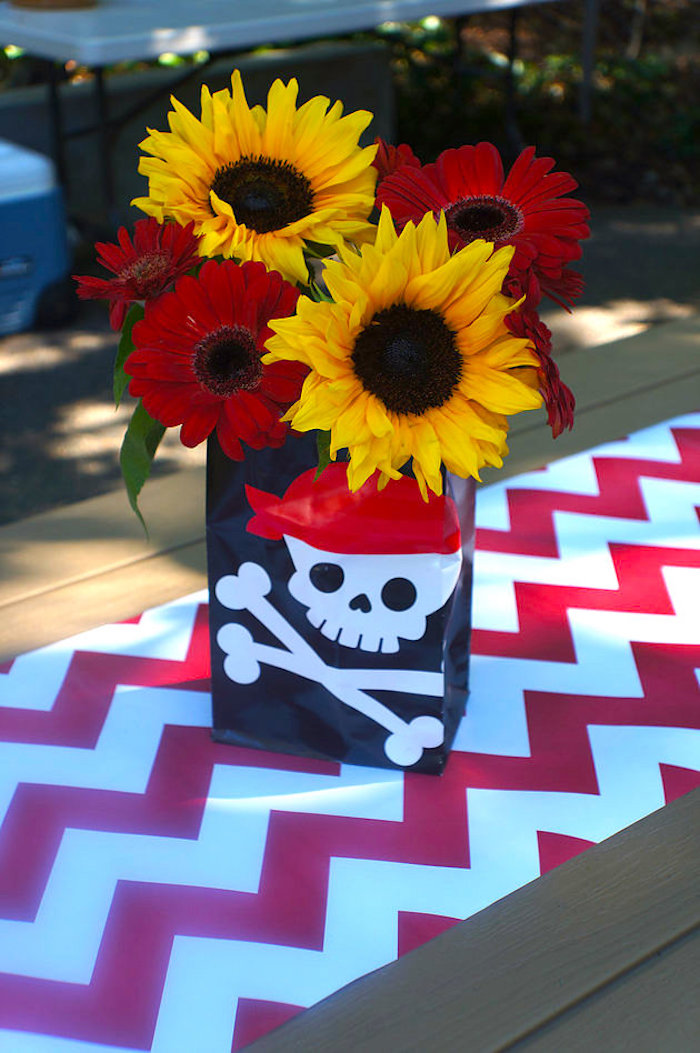 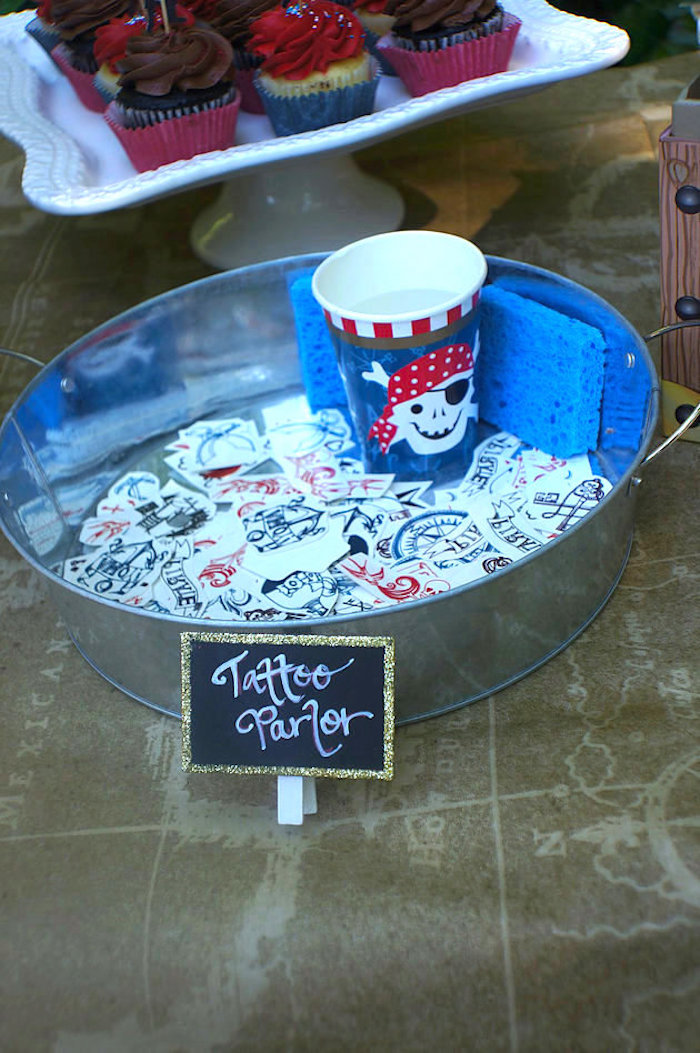 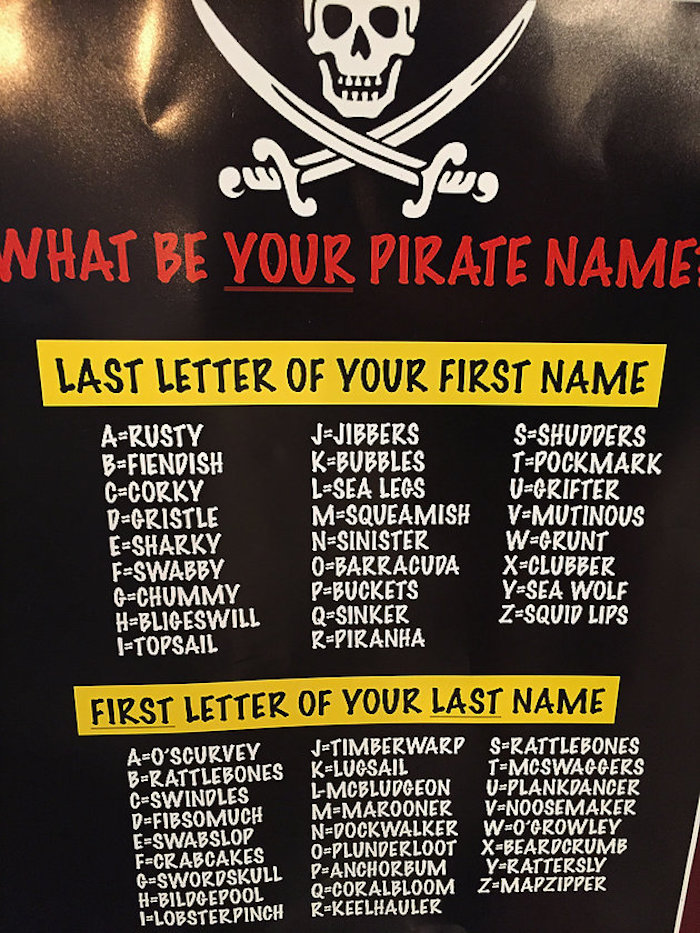 This is what Shannon shared about planning the party- “Tasked with putting together a pool party that would focus on the kiddos but not completely neglect the grown-ups, the gals at Soigné Party decided to take the gang on a trip to the Seven Seas with a Pirate Party!

X Marks the spot-a large pirate flag flew at the entrance. Guests were greeted with a “What Be Your Pirate Name” poster which allowed them to transform their name into a pirate moniker-a fun conversation starter! A chest of pirate garb encouraged guests to get in the spirit with pirate hats, eyepatches, and gold necklaces. Fun pirate-themed treats like a chest of Pirate’s Booty, gummy shark “Catch of the Day” cups, Seven Seas Punch for the kids & Blackbeard’s Rum Punch kept the group field throughout the night. Items from Meri Meri’s pirate collection anchored the decor with tiki torches adding to the ambiance. Activities included a pirate tattoo parlor, (which was a hit with adults & kids alike!) a pirate ship piñata, and a “buried treasure hunt” in the pool where kids dove for $1 gold coins. A great time was had by all!”

Avast me hardies! Come aboard for more pirate’s booty: