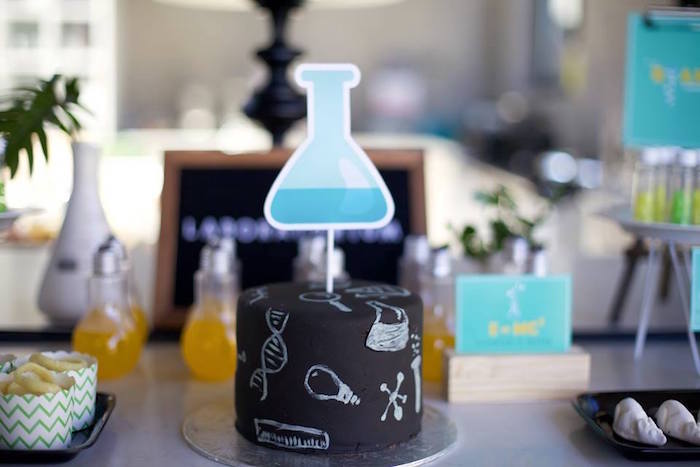 “Scientists, grab your goggles and lab coats” because scientific party fun is brewing up, in this fabulous Science + Scientist Birthday Party submitted by Marissa Vogel of Konfetti Love out of Pretoria, Gauteng, South Africa!

From its awesome science lab decor to its fabulous blackboard cake and cookies, this is a celebration that definitely comes at ya with a bang!

Here is a list of scientific party details you should equate into your memory, for your next science themed occasion: 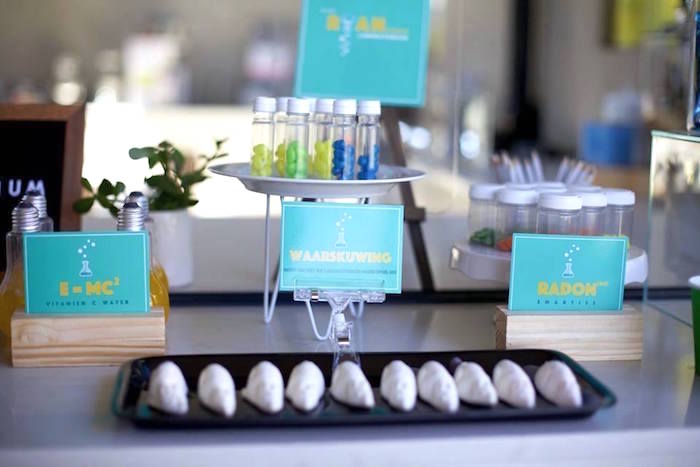 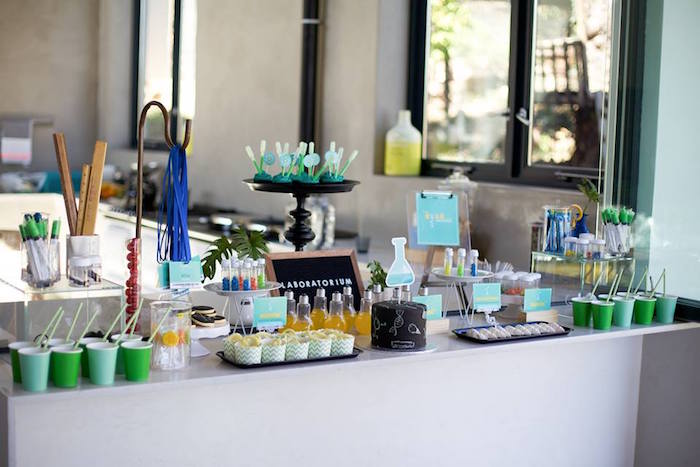 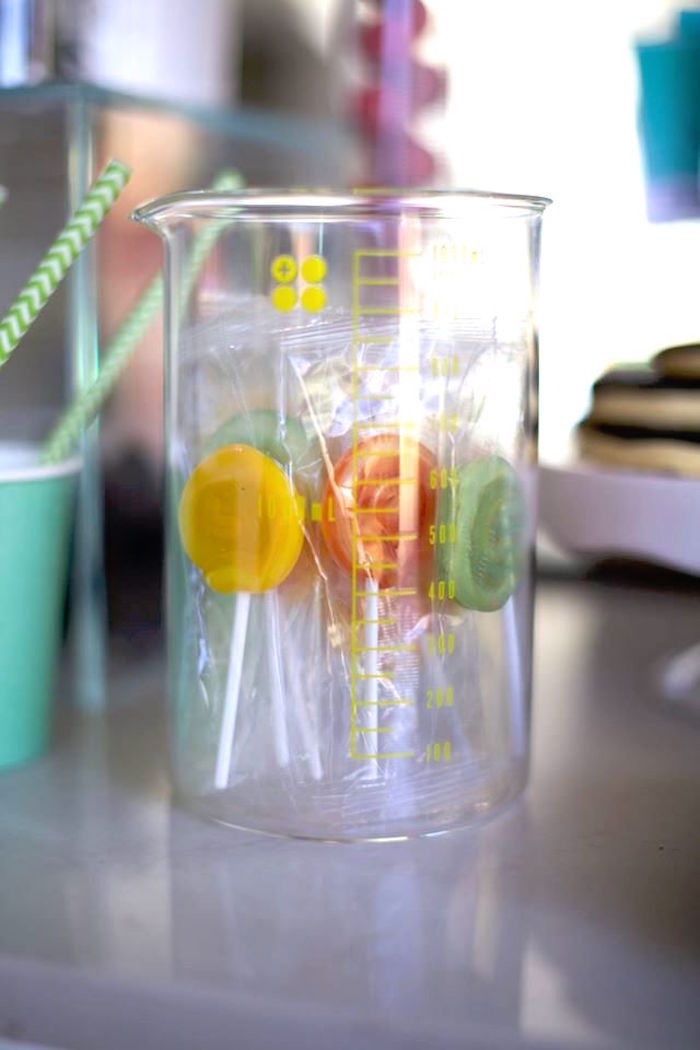 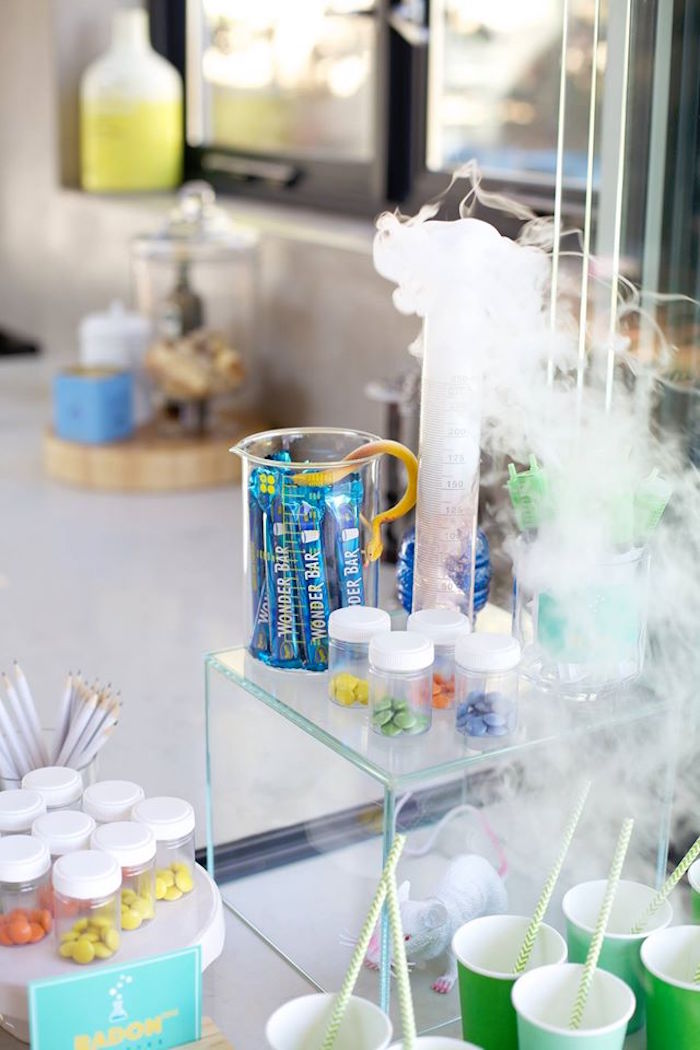 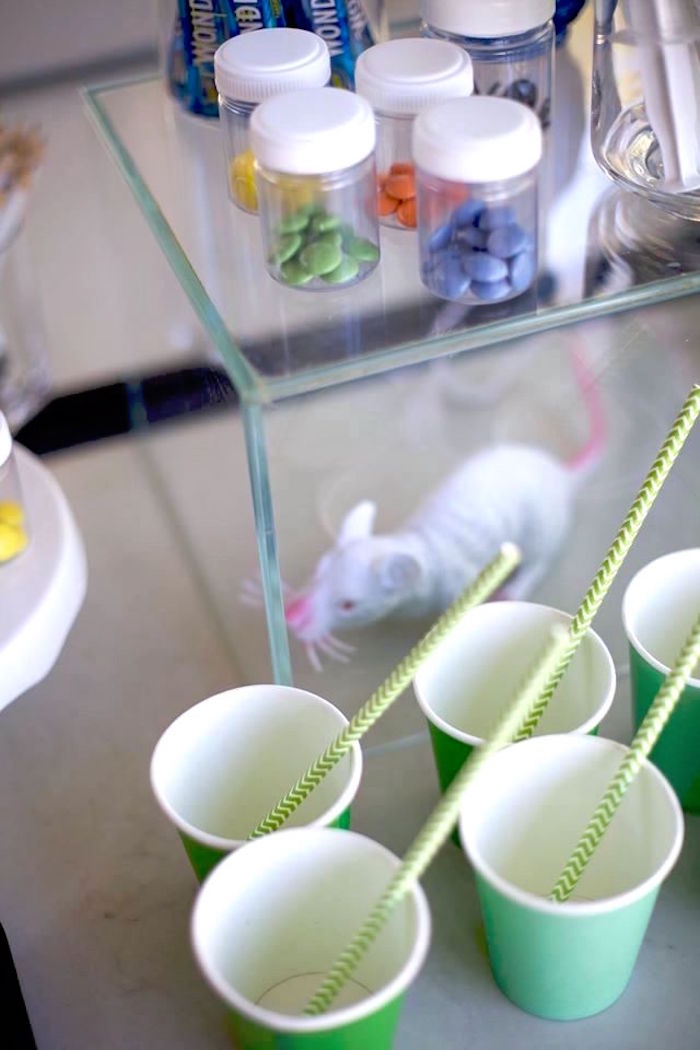 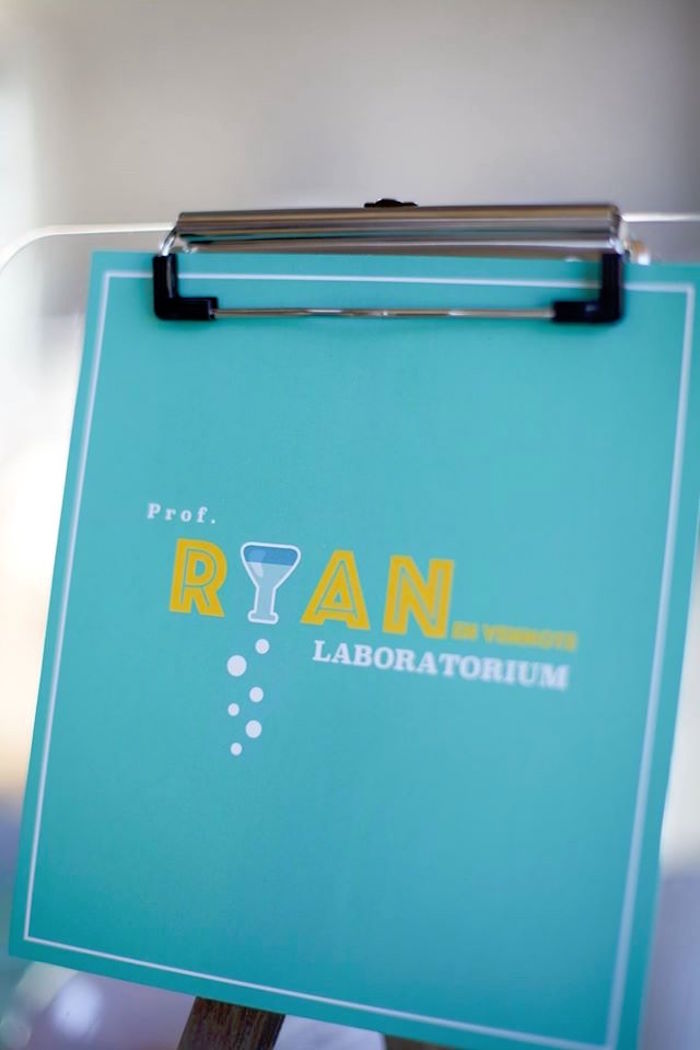 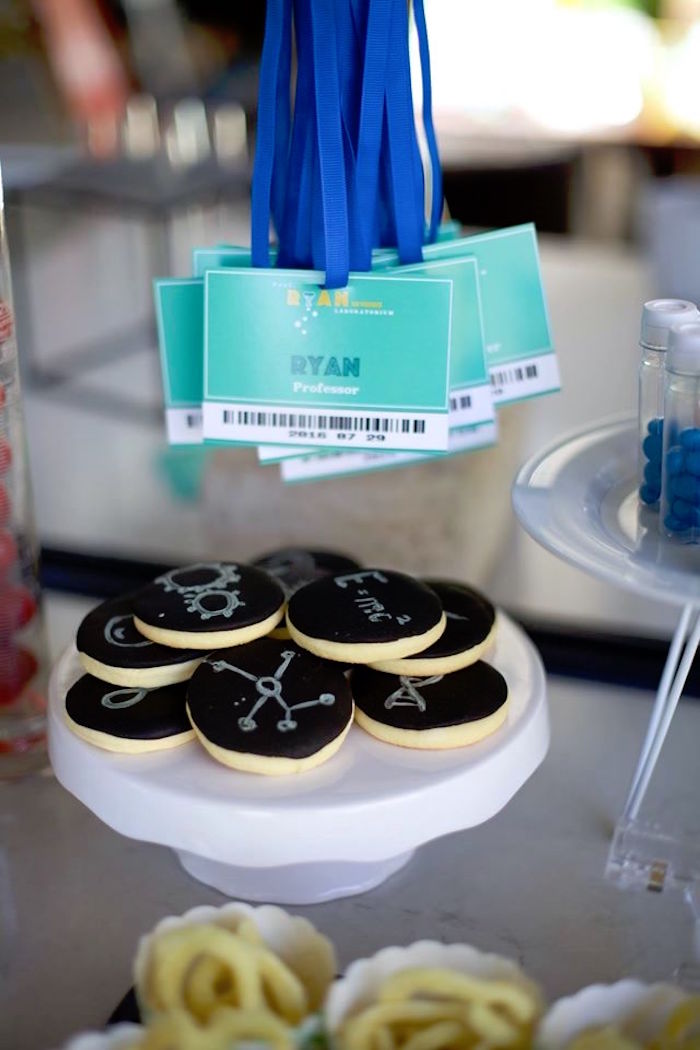 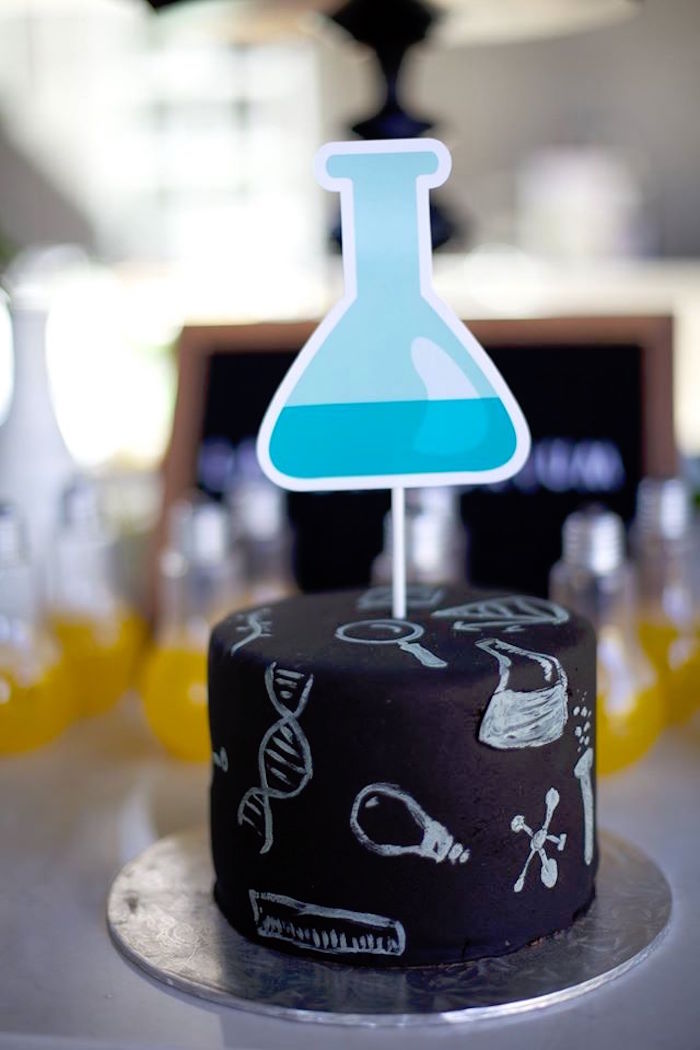 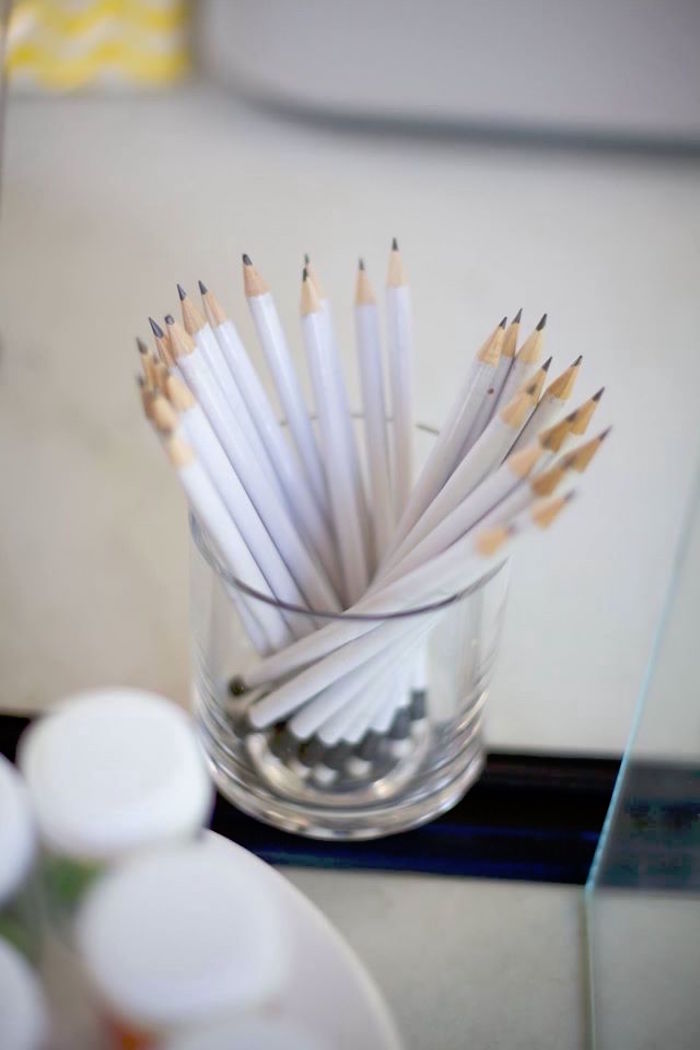 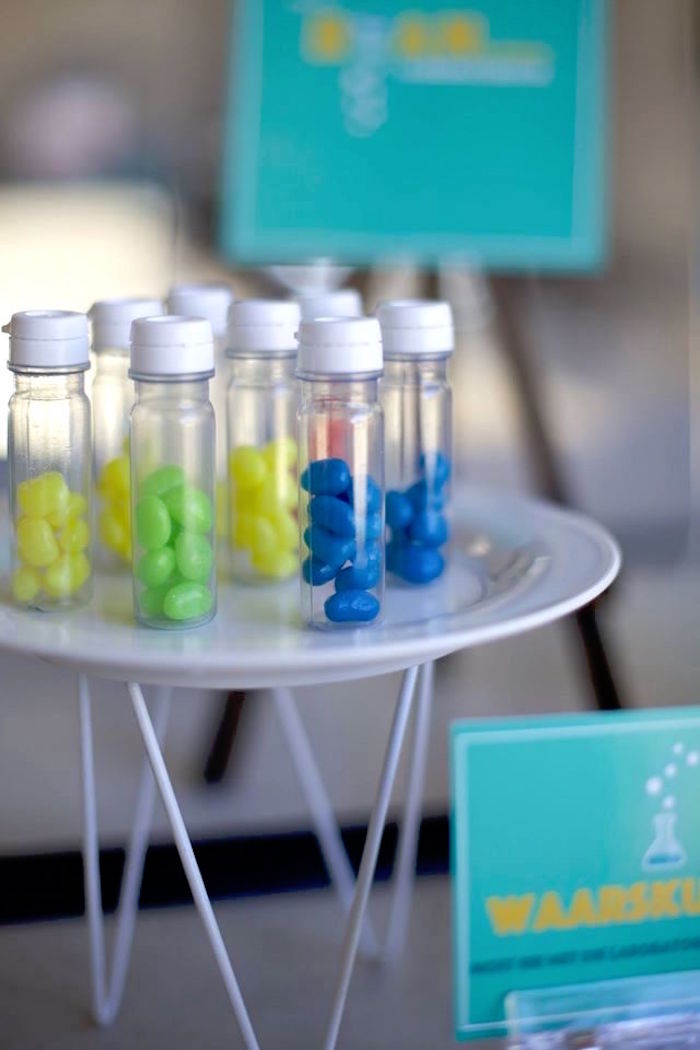 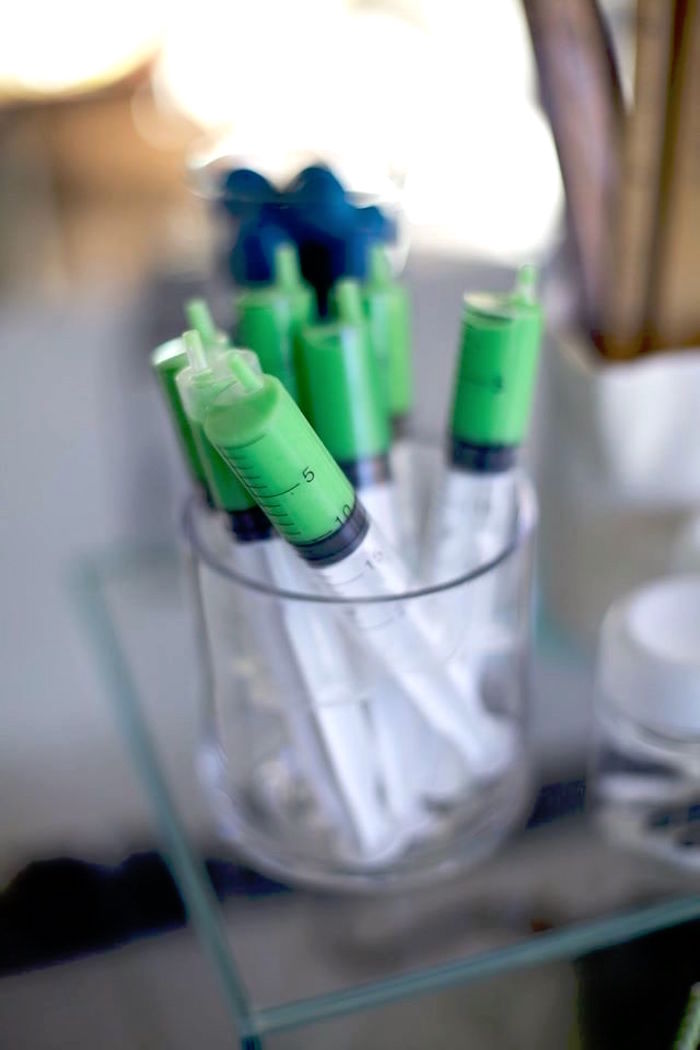 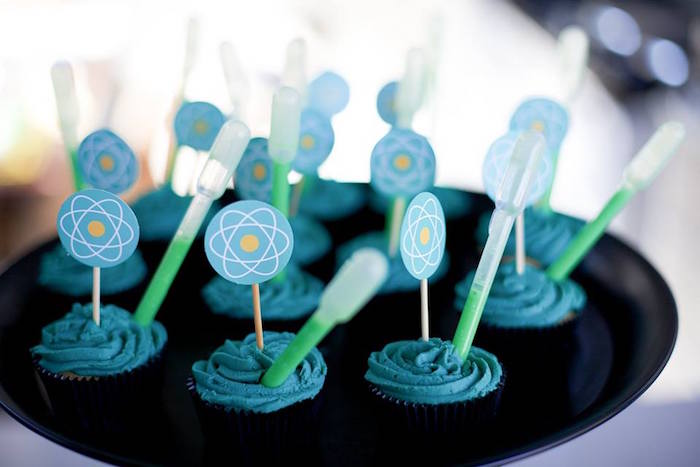 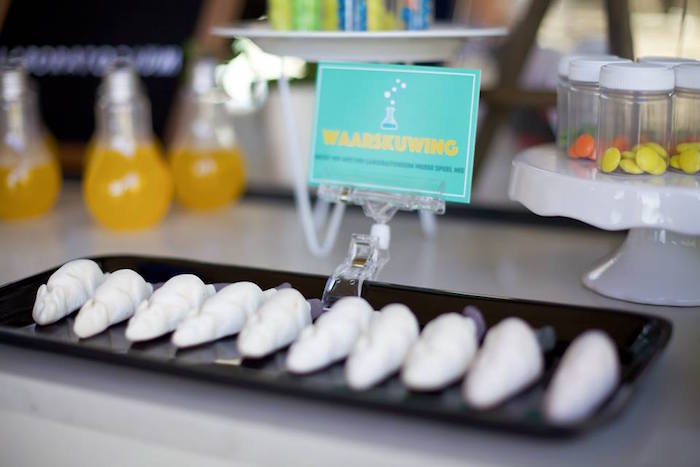 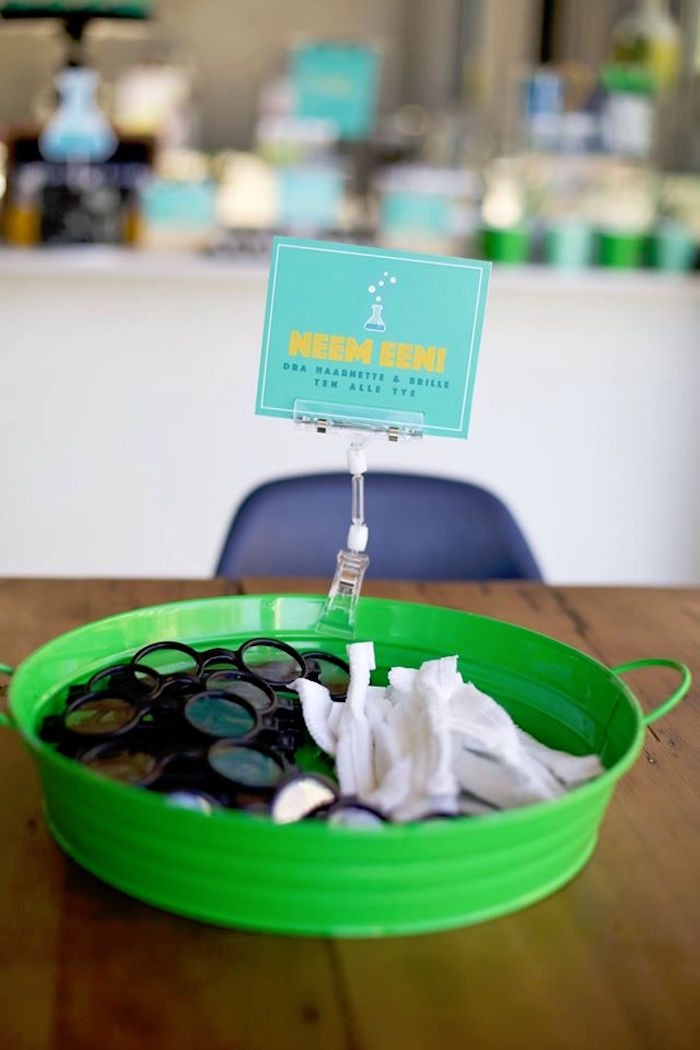 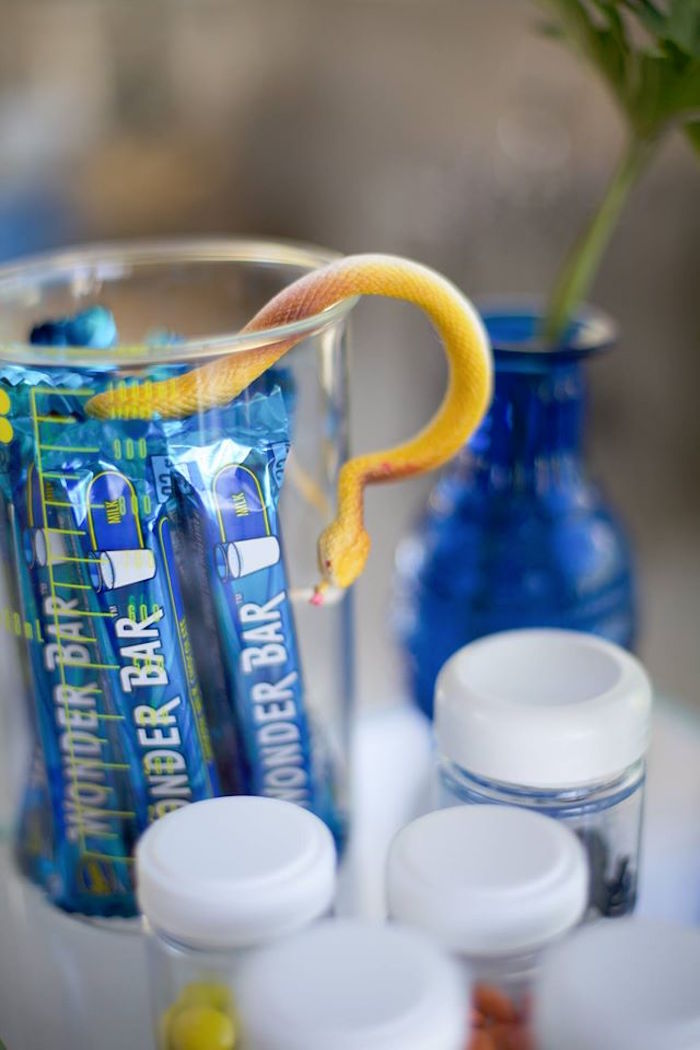 This is what Marissa shared about styling the party- “I’ve had a fun scientist theme in the back of my head for quite some time, so when a client asked me to come up with something creative for her 9 year old son Ryan’s upcoming birthday party, I knew exactly what the pitch would be!

I think any 9 year old boy would love to be a scientist one day so this one was a definite crowd pleaser! I’ve seen some amazing reactions, but these boys were in total awe when they saw the table. There were a lot of “oh cool!”, “wows” and “AWESOME!” along with a few squeals of excitement!

The table boasted with details of any and everything you would find in an actual laboratory. There were specimen jars, pipettes, beakers, syringes, light bulbs, lab rats and loads of smoke.

The colors scheme included green, blue, yellow and orange. I added teal green and yellow event stationary which complimented the table quite well and added a bit of variation. I also used quite a bit of black accents in the serving ware which worked fantastic and added the industrial element to the table.

It all looks very involved, but it was quite easy to plan as most of the items were readily available (with a few tweaks here and there). The table featured jelly beans, gumballs (used mainly as decor but the kids ended up loving these), marshmallow lab rats, smarties, handcrafted lollies, cupcakes served with pipettes, syringes filled with condense milk treat, custom blackboard cookies and a blackboard cake, chips and vitamin C water served in lightbulbs.

Each child received a custom Lab Access Card, a hairnet and nerdy glasses. To my surprise most of them kept it on the entire afternoon! This was all in anticipation for our grand show…the Nutty Scientists!

What would a Scientist Party be without experiments, right? I happened to come across an amazing company which offers Science Workshops, After School Programmes and Parties. They entertained the kids for over an hour with a few bangs, sparks, fire and smoke! The kids were able to do some of the experiments on their own with assisted help.

It turned out that old school fun won this experiment fair and square. An absolute hit!”

Check out this formula for a successful science party (Just like this party!):