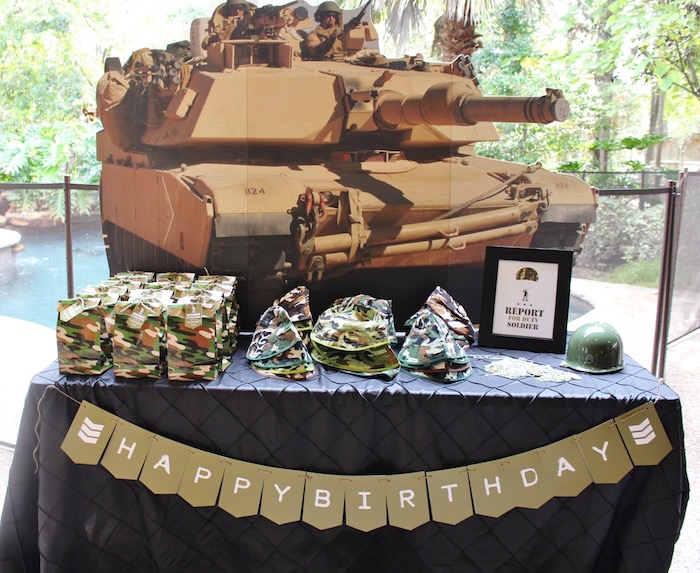 Looking for a party theme perfect for your rough and tough little boy/girl? You will love this Military Toy Soldier Birthday Party by Julie Verville of Crowning Details

From the camo printed cake, sweets, decor and favors, to the fun table backdrops and activities; this Army Birthday Party is one booming event!

Such fabulous party elements complete this awesome event, but here are a few of my absolute favorites: 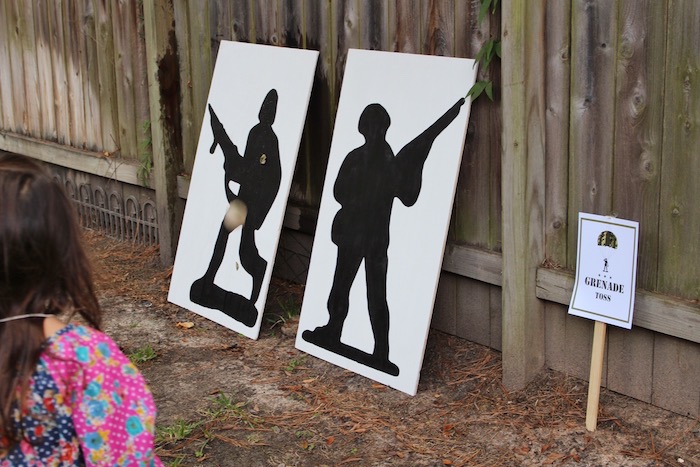 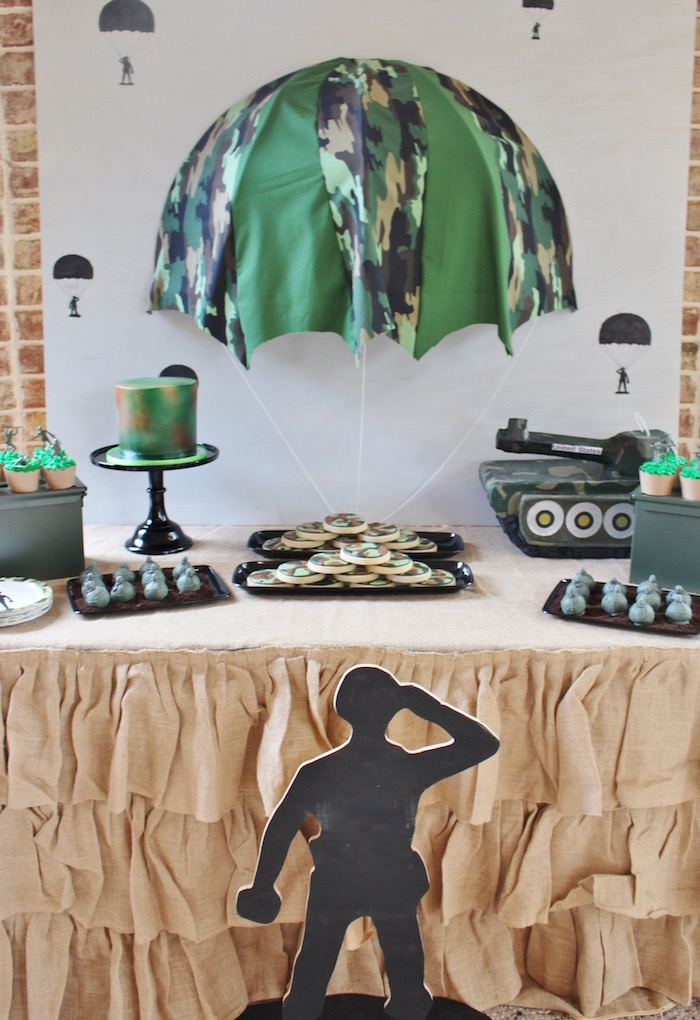 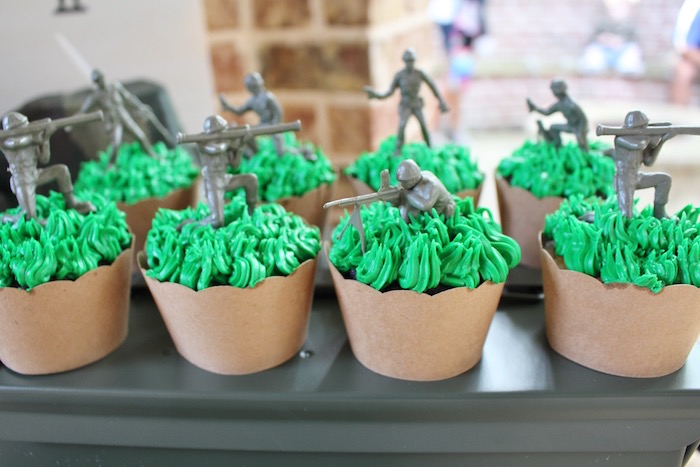 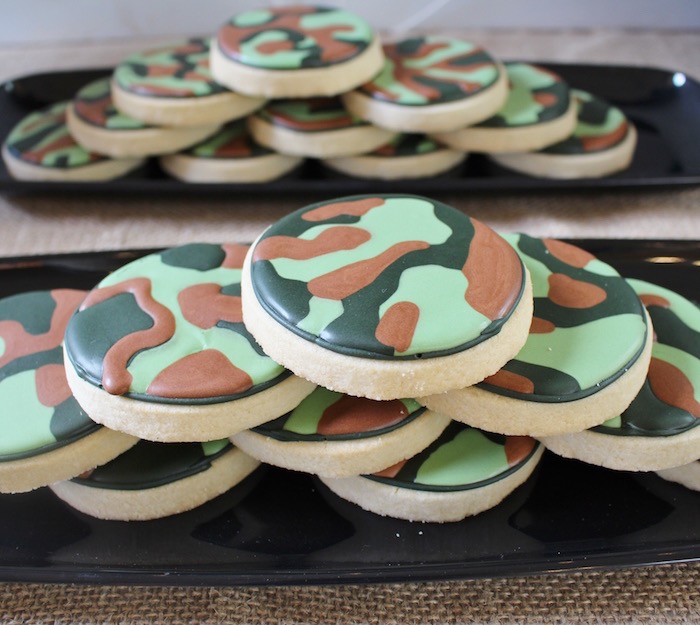 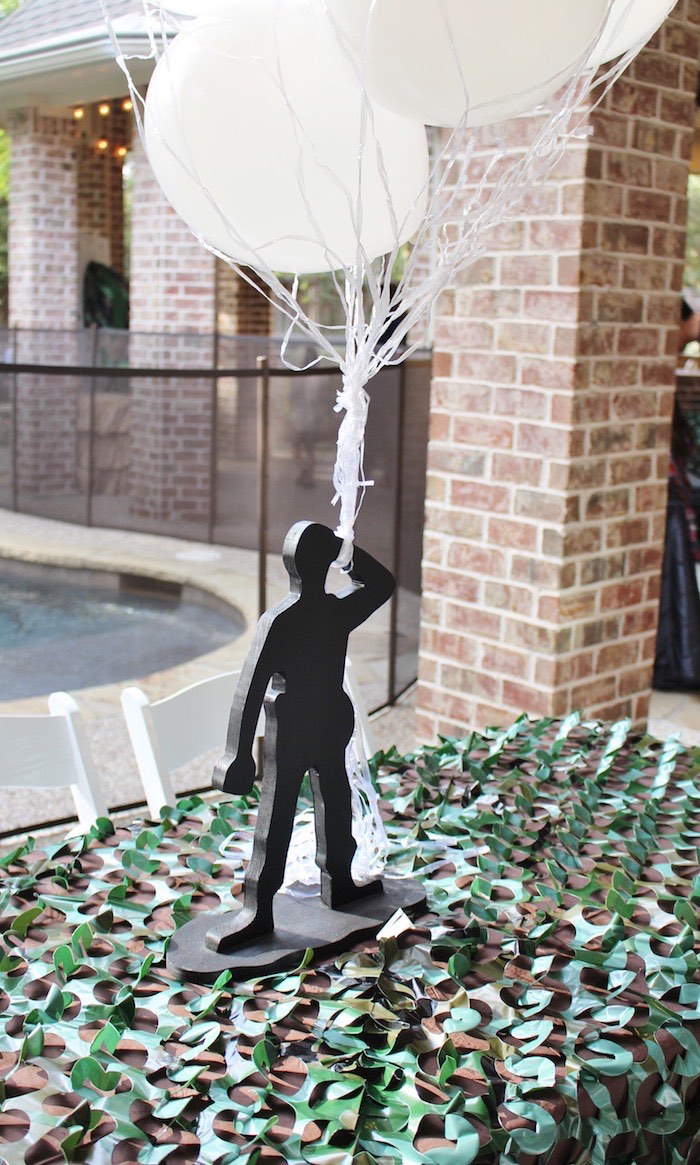 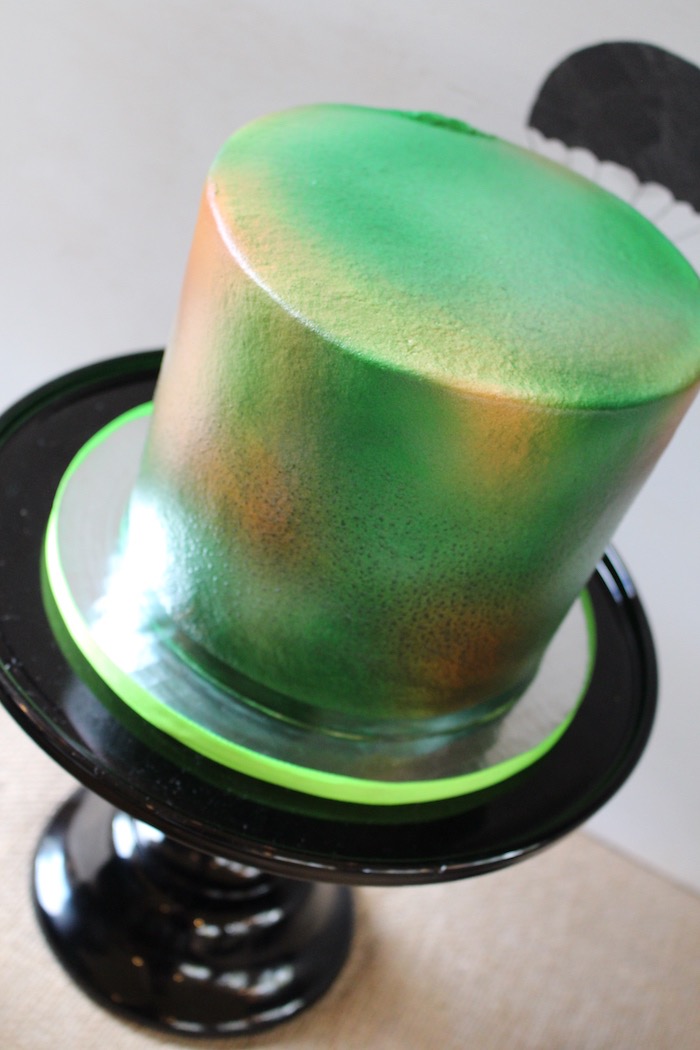 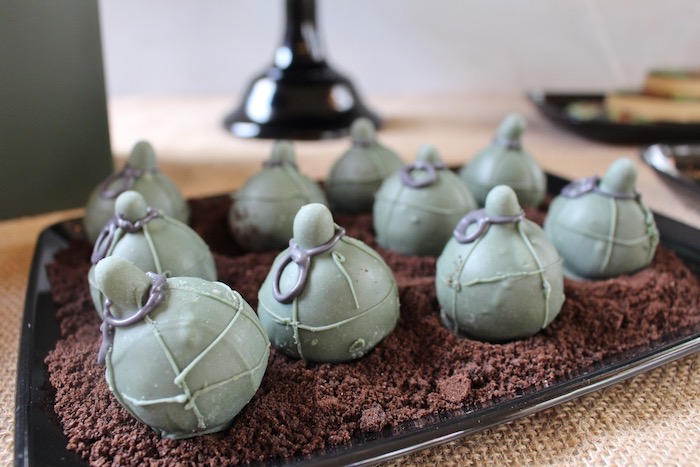 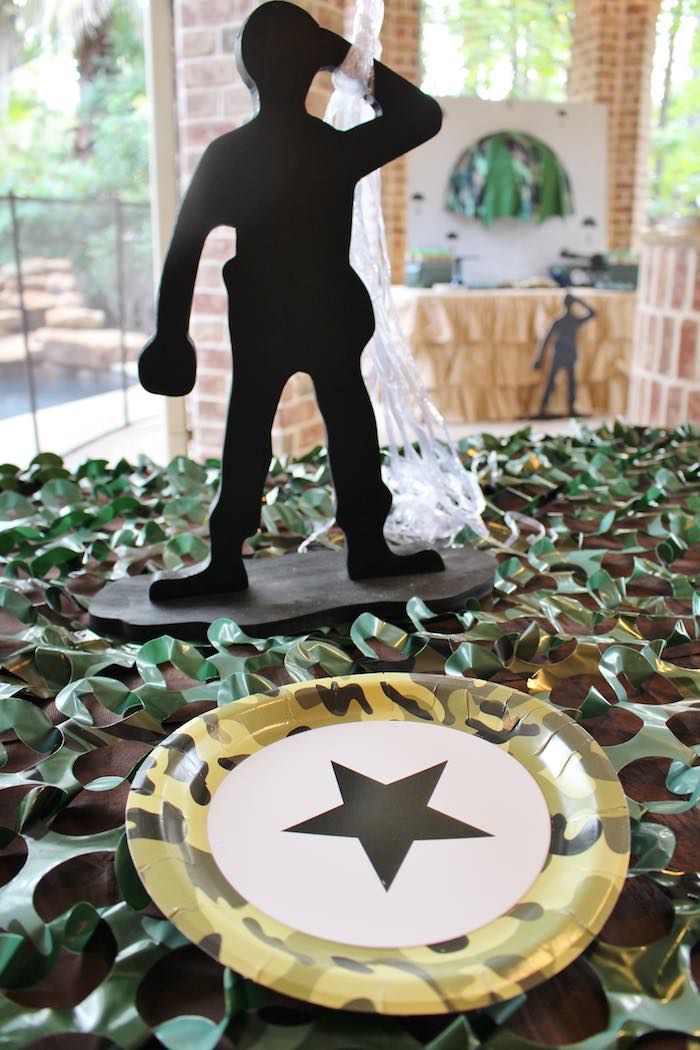 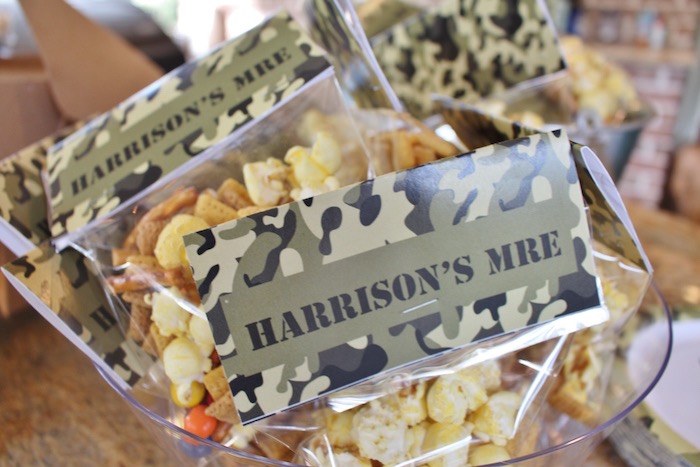 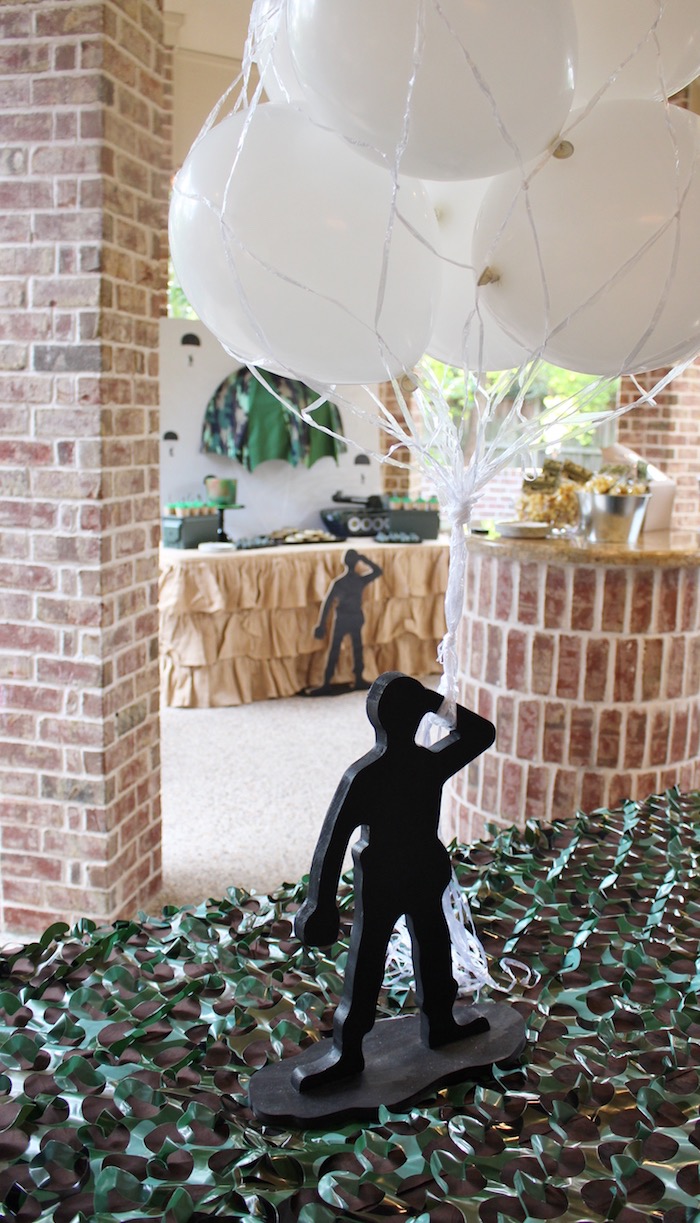 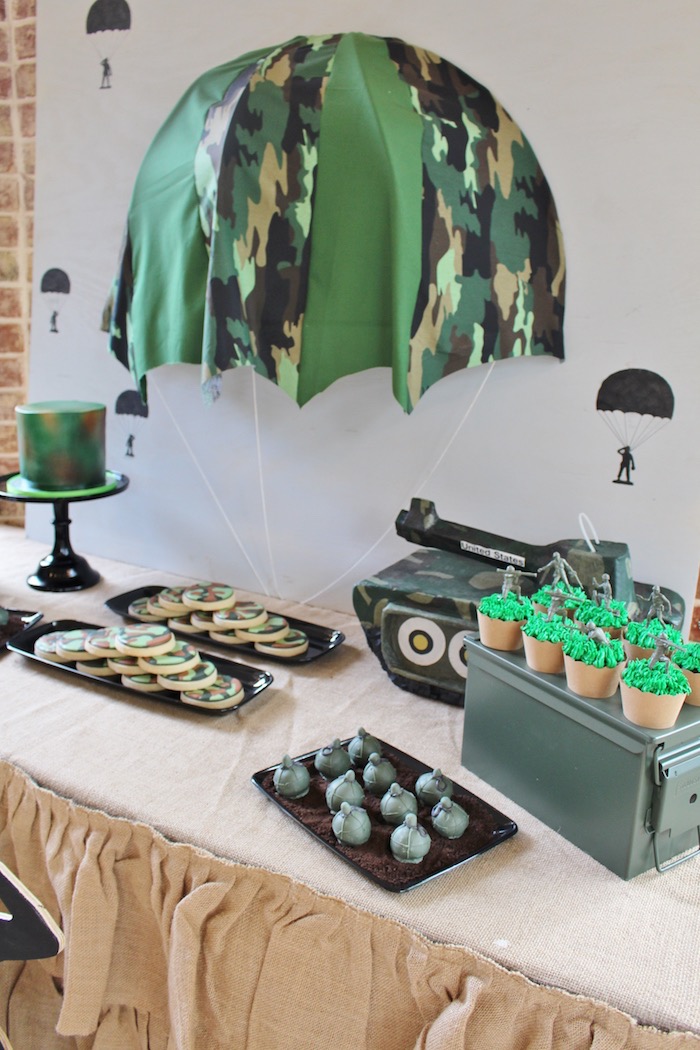 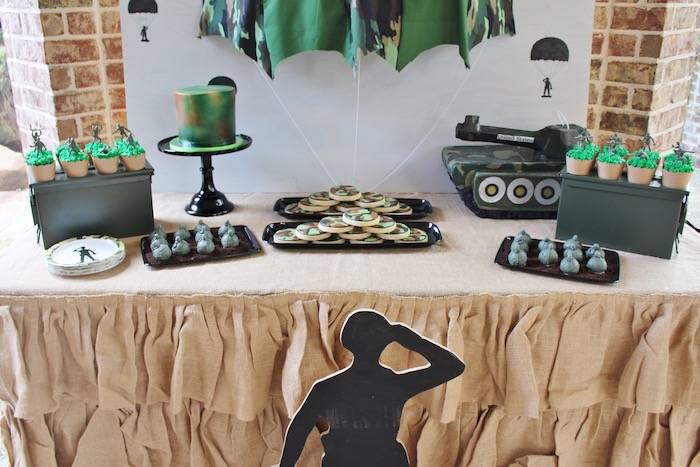 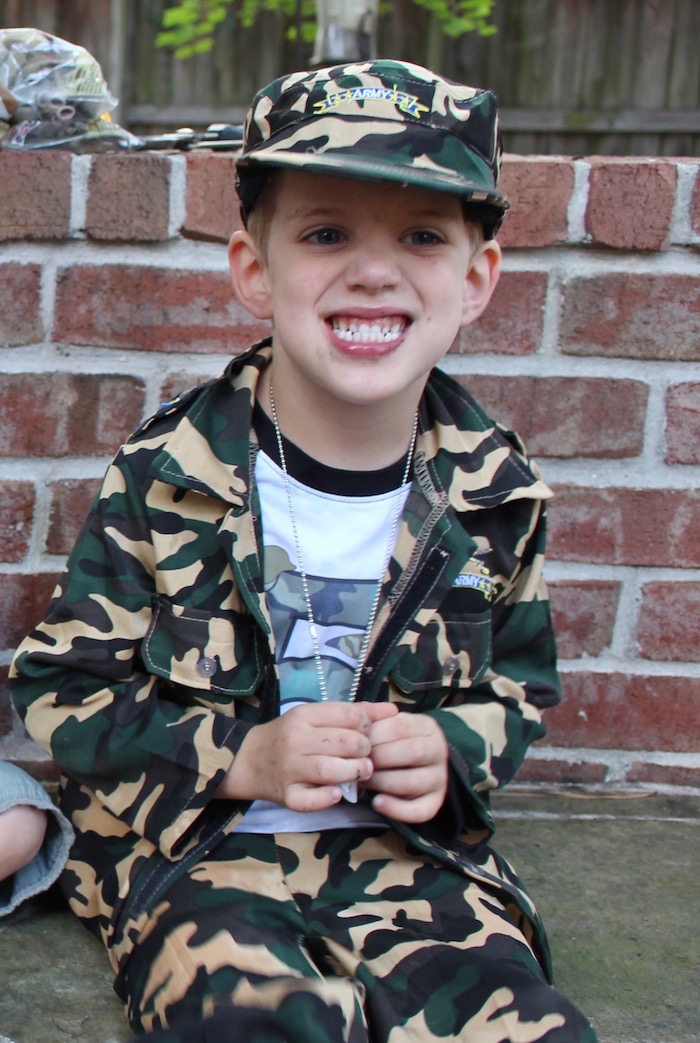 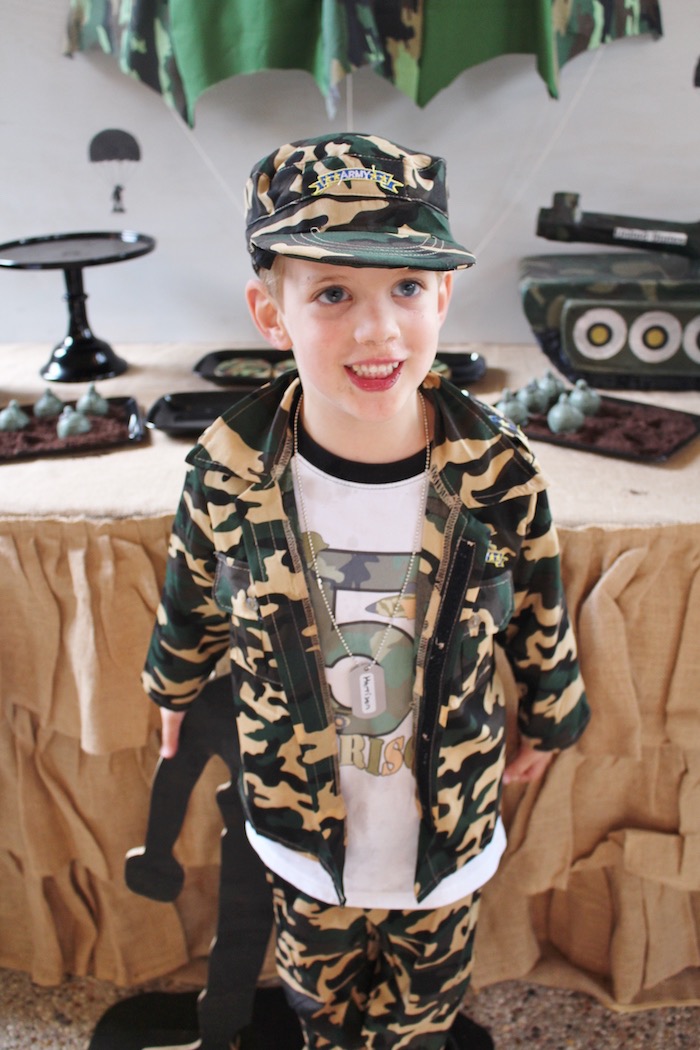 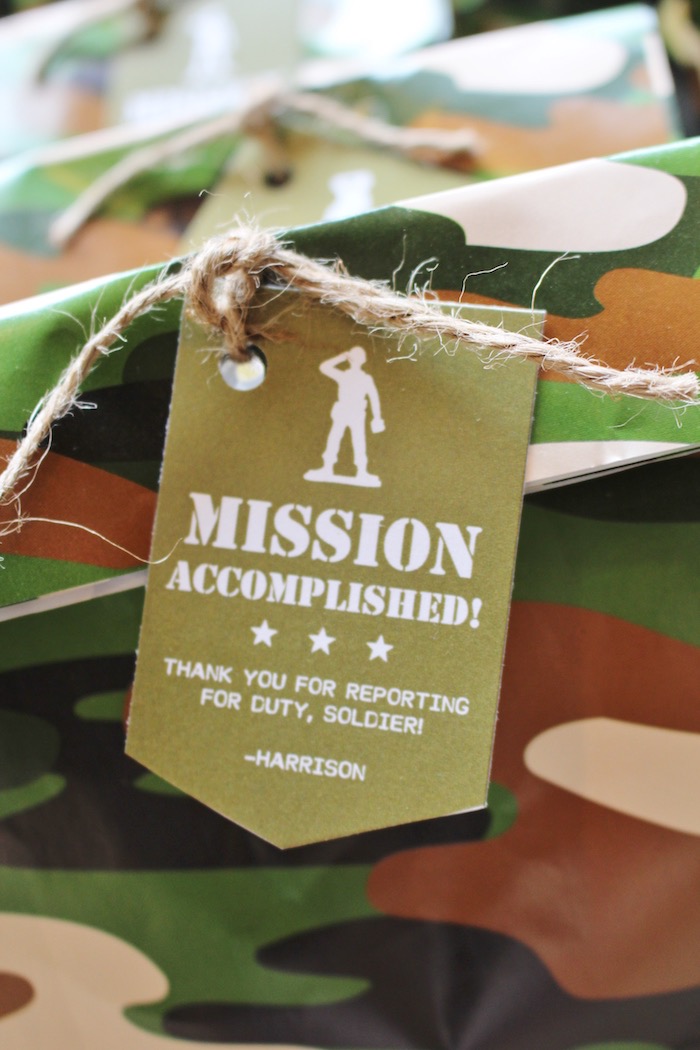 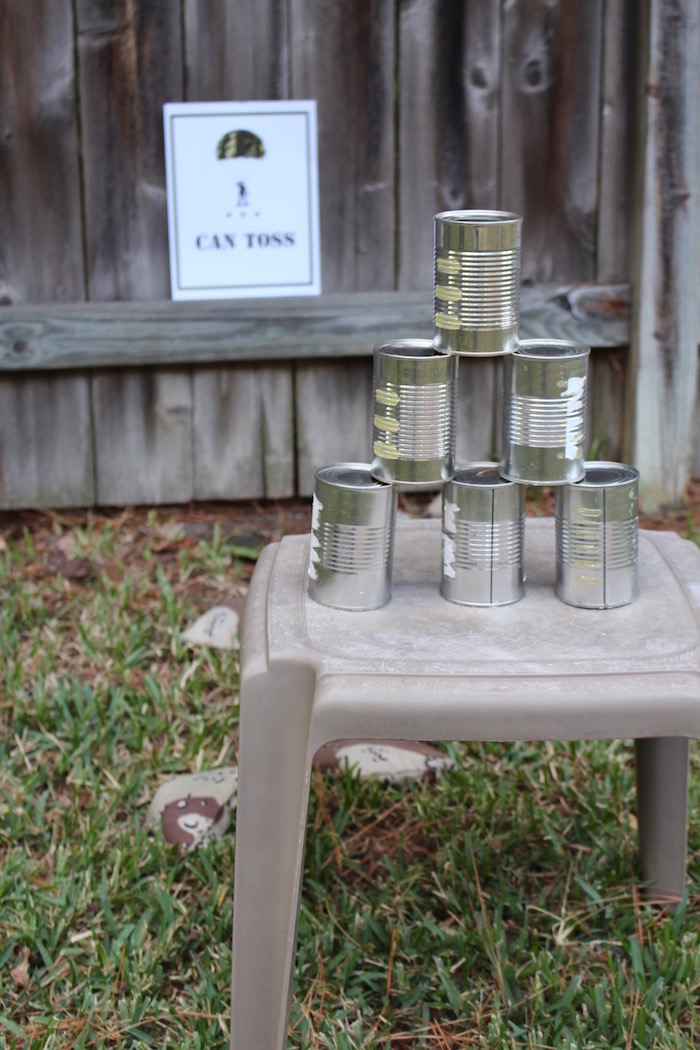 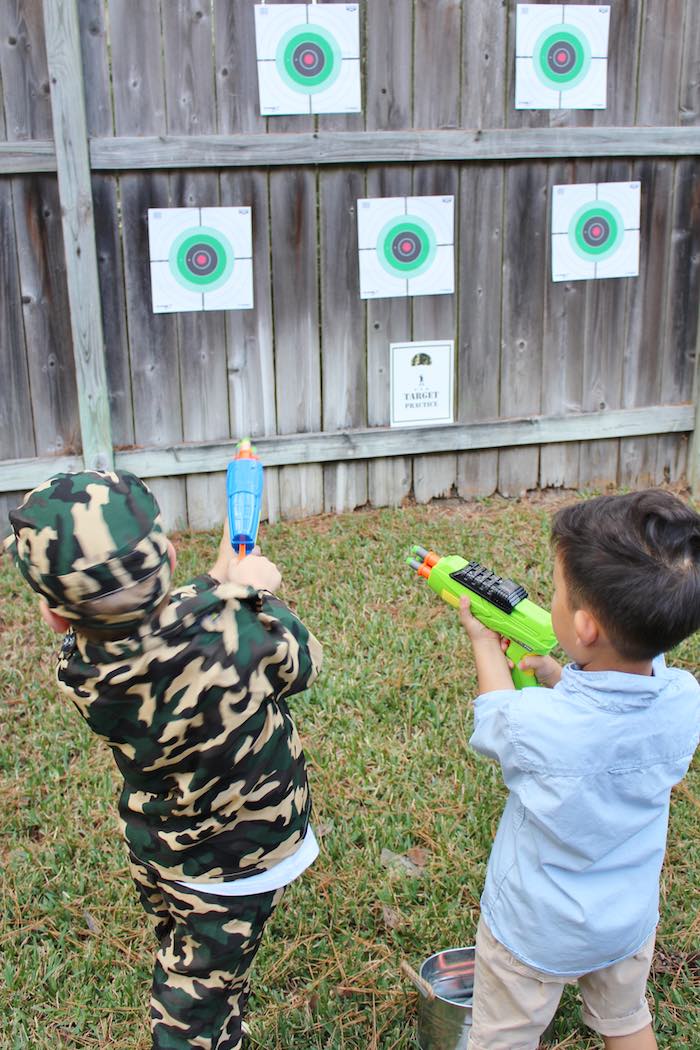 This is what Julie shared about the party- “Our 5 year old son Harrison requested an “army soldier” this year after I presented a number of possible theme options. Generally, he isn’t picky at all and just wants cake, friends to come and presents. This year, I think he in part requested this theme as he overhead that daddy was in the army….and well, it is super sweet that he wants to grow up just like him.

As guests arrived at the front door, they were greeted by an over-sized hummer standee. In the party area, they were given their own personalized dog tags to wear along with soft camo children’s hats during the party. These items also doubled as part of their favors, all displayed on a table decorated with a Happy Birthday banner and over-sized tank standee.

When preparing the design for this “army soldier” party, I wanted to focus more on kid-friendly images and less on guns…after all, this is a group of 5 year olds :)!! So, we landed on a saluting soldier and a parachute as our primary jumping off point for design. With that in mind, I had this 3D parachute backdrop created as the centerpiece of our dessert table. To pull in the soldier concept, I also had her create a self-standing 30″ tall saluting soldier to stand at the base of the table.

For desserts, we served a camo cake for the birthday boy and green grass cupcakes topped with toy soldiers for the guests. For fun and for height, the cupcakes were displayed on green ammo boxes. To nibble on during the party, we also offered grenade cake balls displayed in dirt, aka crushed Oreo cookies, and camo inspired sugar cookies. All of the desserts were served on our newly designs party plates featuring toy soldier imagery outlined in camo.

During the party, guests had a blast throwing grenade water balloons at attacking soldier painted boards, shooting nerf guns at targets along the fence, tossing camo bean bags at aluminum cans, practicing their balance test on a board and running the tire course.

Guests took home camo bags filled with army toy soldiers and camo binoculars to add to their stash of gear.

Everyone had a great time at his toy soldier inspired party!”