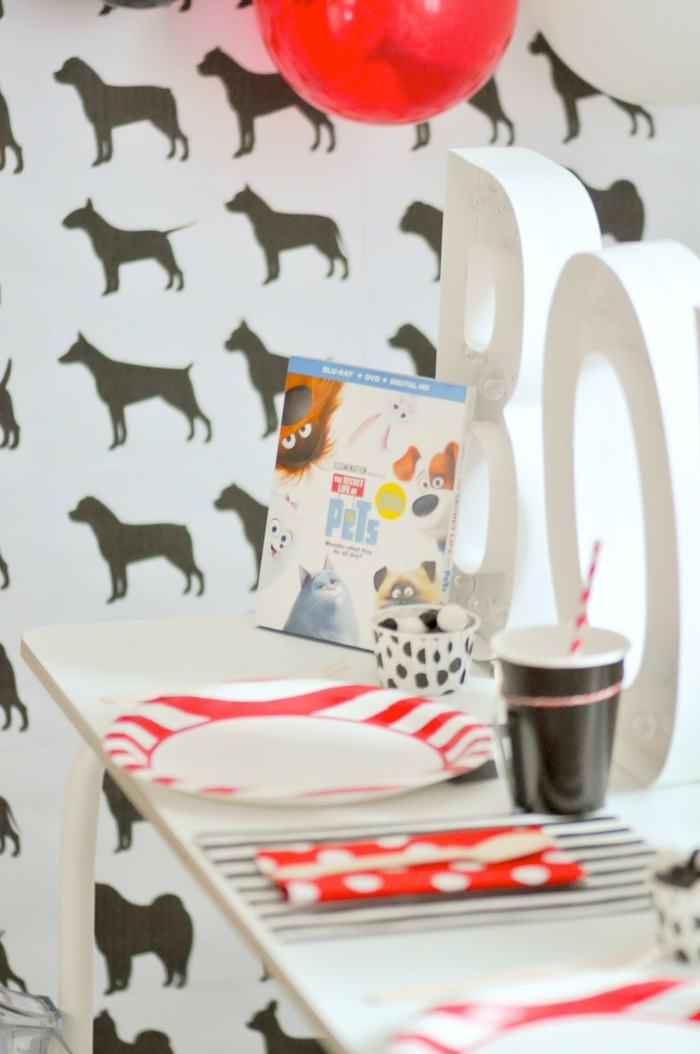 I’m so excited to partner with Universal Pictures Home Entertainment to help commemorate the release of THE SECRET LIFE OF PETS on Blu-ray and DVD this holiday season! To help celebrate, I styled + hosted a super fun Secret Life of Pets Movie Night Party for my kiddos and their friends!

What’s not to love when it comes to a movie all about animals + pets? Needless to say, my kids are obsessed! They LOVED the movie, and were so excited about it coming out on blu-ray & DVD this week! 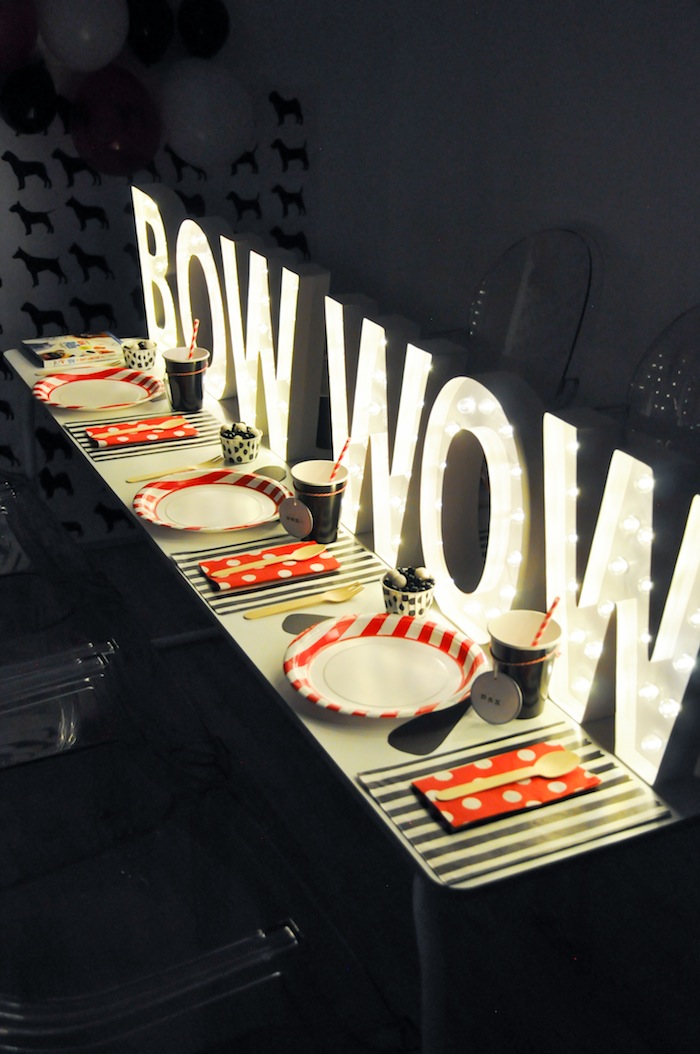 The Secret Life of Pets is a comedy from the humans behind Despicable Me about the lives our pets lead after we leave for work or school each day. The all-star voice cast includes Louis C.K., Eric Stonestreet, Kevin Hart, Jenny Slate, Ellie Kemper, Lake Bell, Dana Carvey, Hannibal Buress, Bobby Moynihan, Steve Coogan and Albert Brooks. 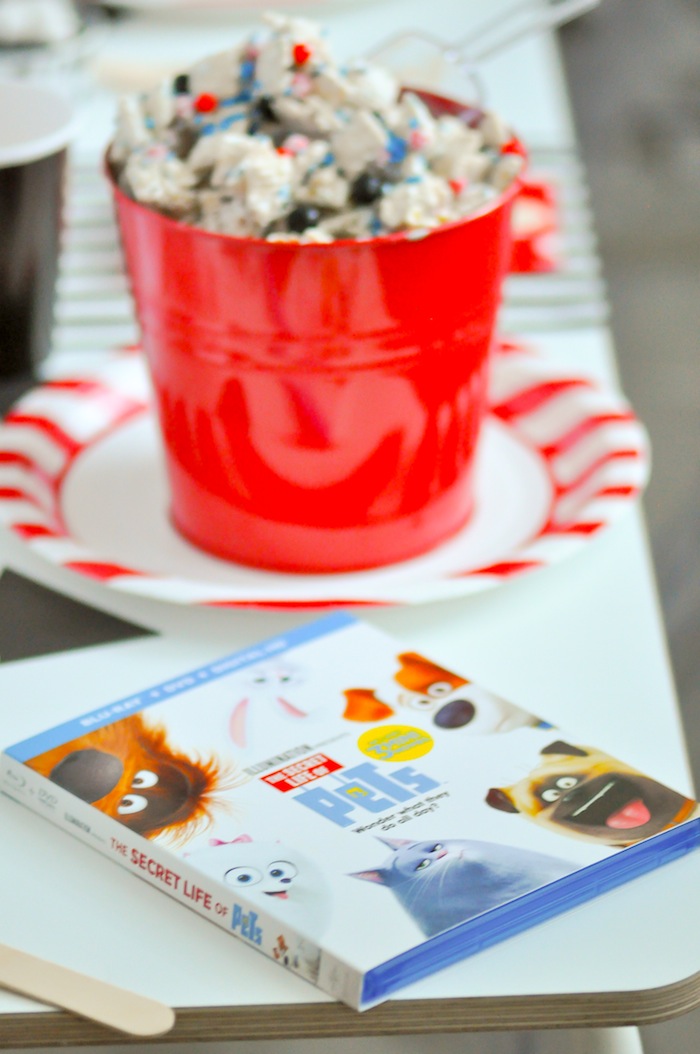 Max is a spoiled terrier who enjoys a comfortable life in a New York building. That is until his owner adopts Duke, a giant and unruly canine. During their walk outside, they encounter a group of ferocious alley cats and wind up in a truck that’s bound for the pound. Luckily, a rebellious bunny named Snowball swoops in to save the doggy duo from captivity. In exchange, Snowball demands that Max and Duke join his gang of abandoned pets on a mission against the humans who’ve done them wrong. 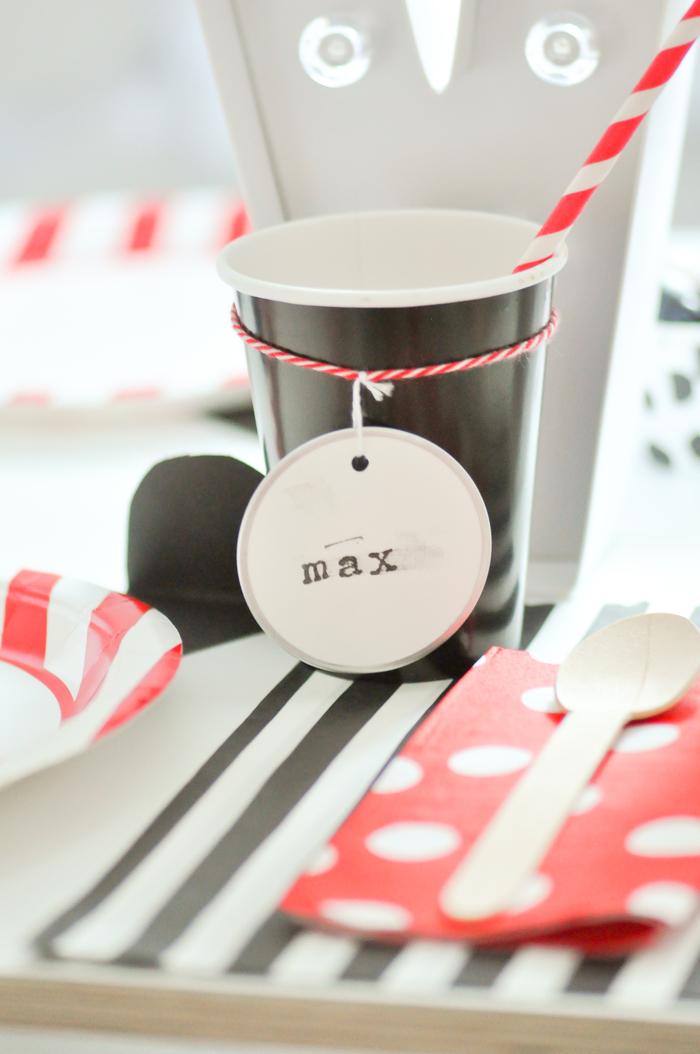 Little ‘Max’ dog tags were easily created for the cups! We used a circle tag, some alphabet stamps and some red + white twine. 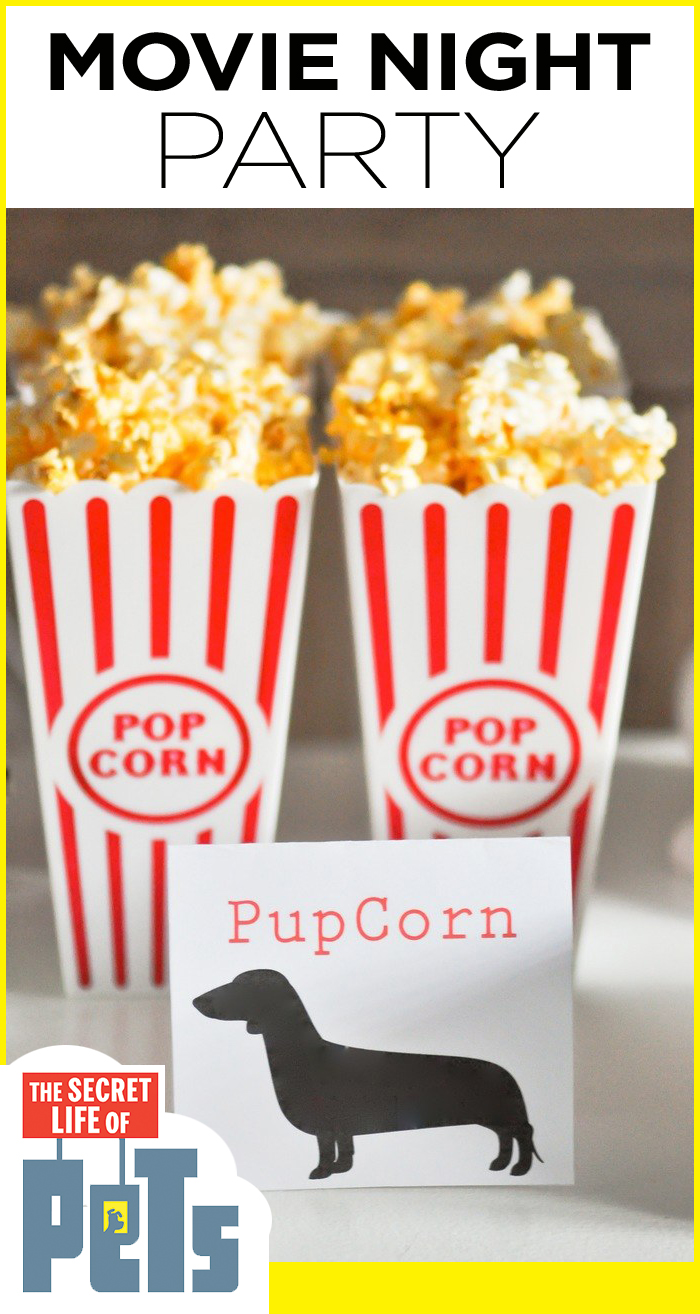 “PupCorn” is a must when it comes to a movie night! 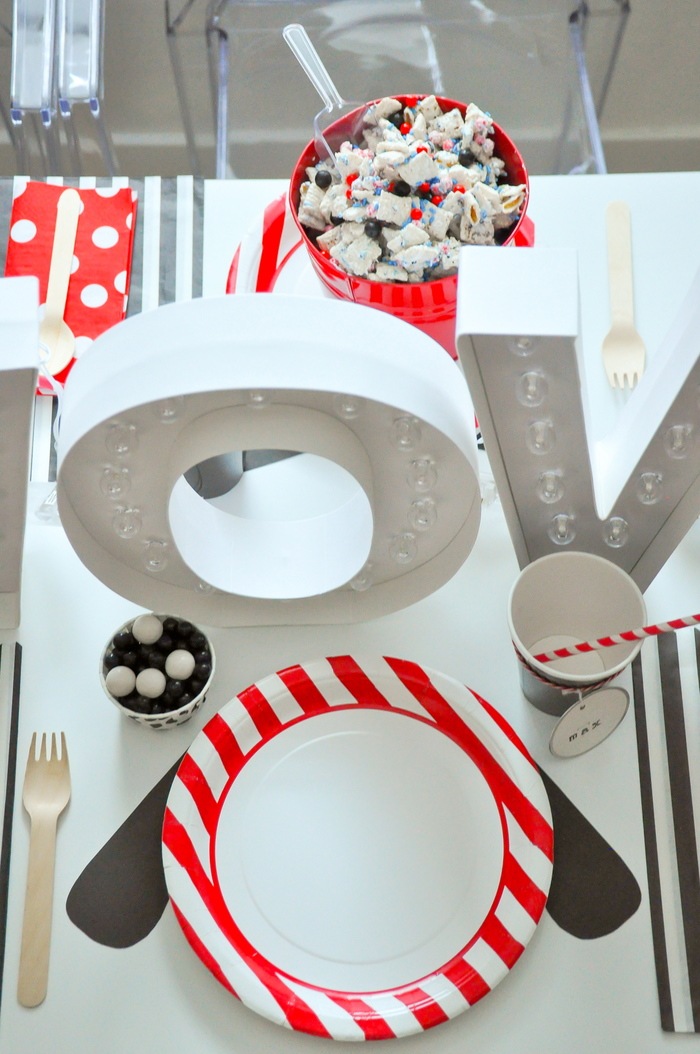 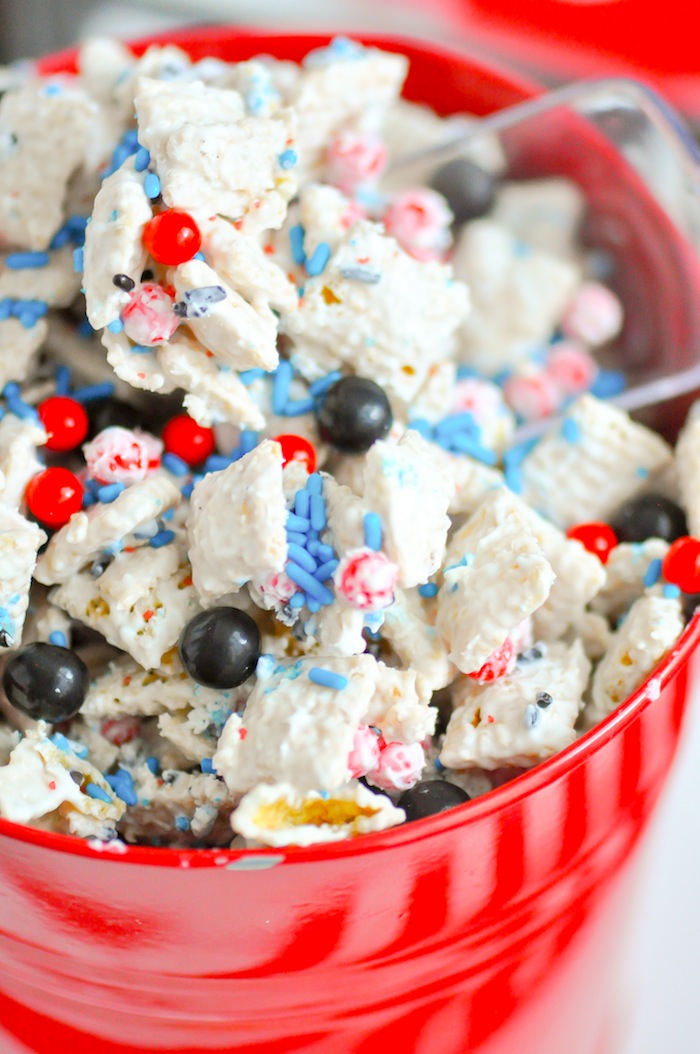 This puppy chow was a HUGE hit at the party! Easily make it with a few simple ingredients!

In a microwave safe dish, melt candy melts on high for 30 seconds at a time until softened (stirring in between each 30 second increment).
Pour in 5 cups Corn Chex and stir until cereal is well coated.
Stir in candy sprinkles and set aside until candy melt has set. 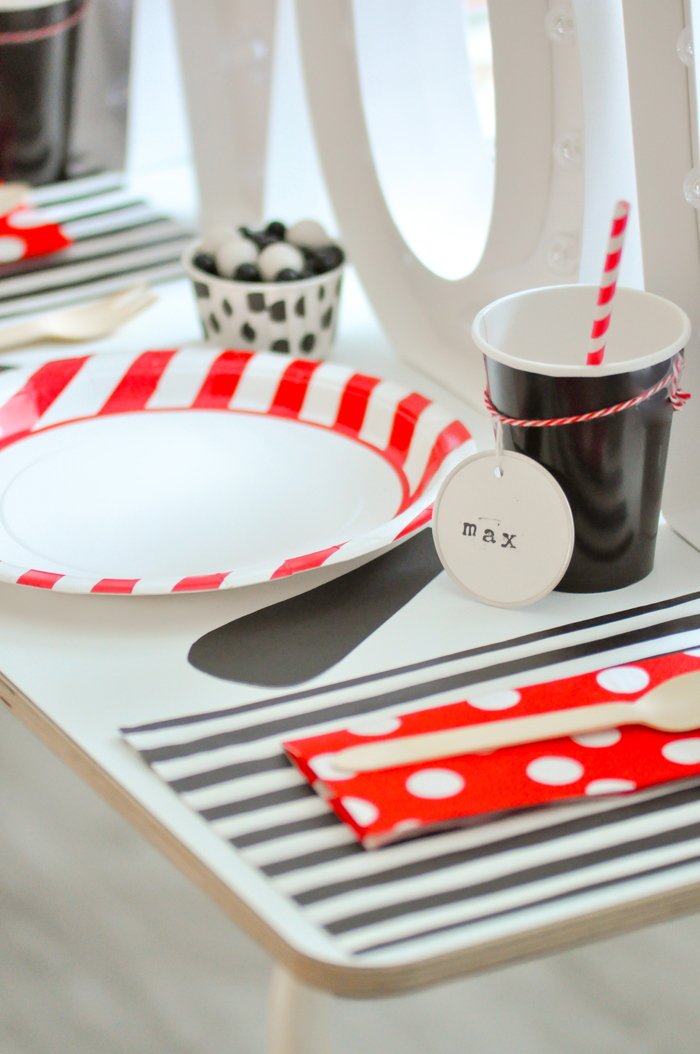 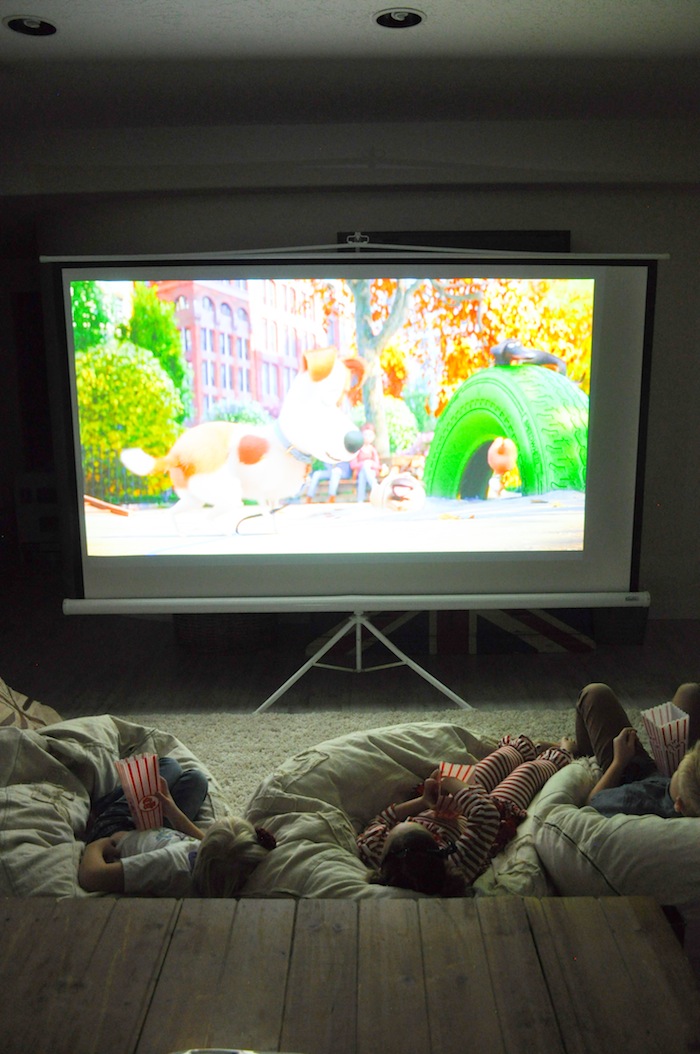 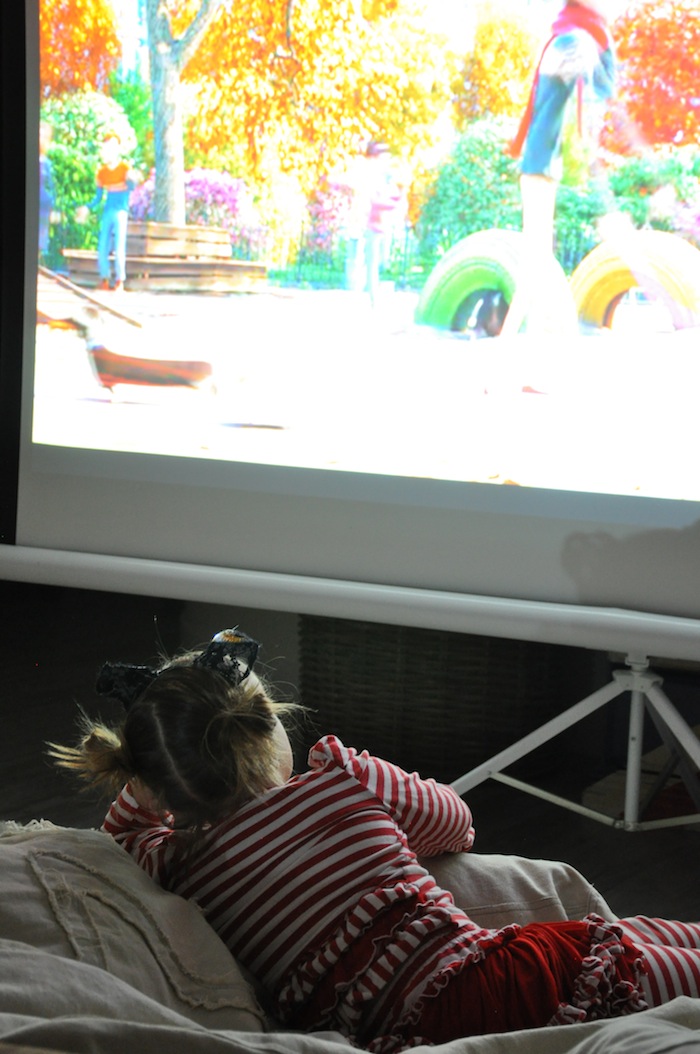 The new release of The Secret Life of Pets features nearly an hour of bonus content! It including three hilarious mini-movies: the all-new Norman Television and Weenie PLUS Mower Minions which debuted in theaters and is now available to own. The Secret Life of Pets makes a perfect gift this holiday season for that special someone on your list. Check out the official trailer below!

*This content has been sponsored by Universal Pictures Home Entertainment. Compensation and or Products may have been received in conjunction with this post. However, all views are 100% true and my very own.