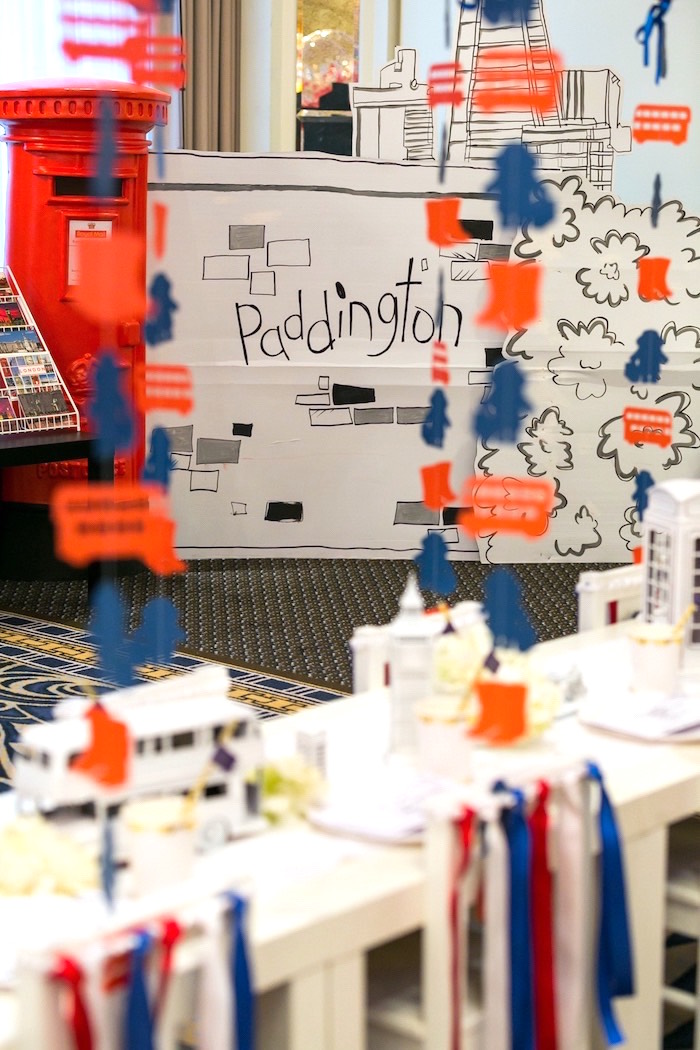 Got a little one who can’t seem to get enough of the lovable bear known as Paddington?! If so, you have to see all of the cute details featured in this Beary Cute Paddington Birthday Party by Zadie Ward of Dazzle & Fizz, out of London!

From the Buckingham Palace entrance, to the cute backdrops and party signage, this Paddington Party is sure to impress!

While strolling through this fun-filled birthday bash, be sure to spot the following party elements: 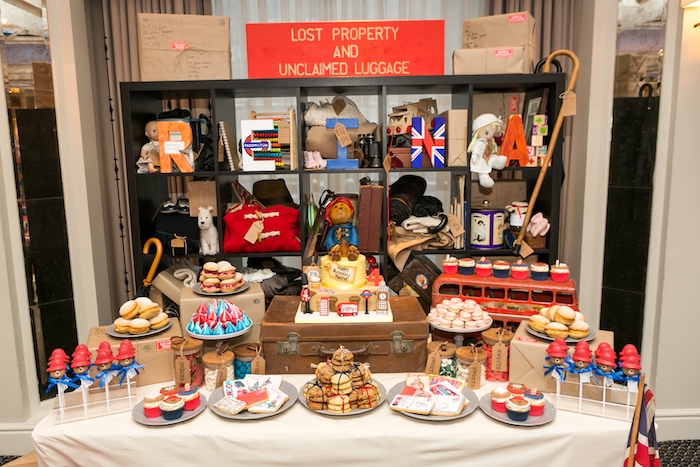 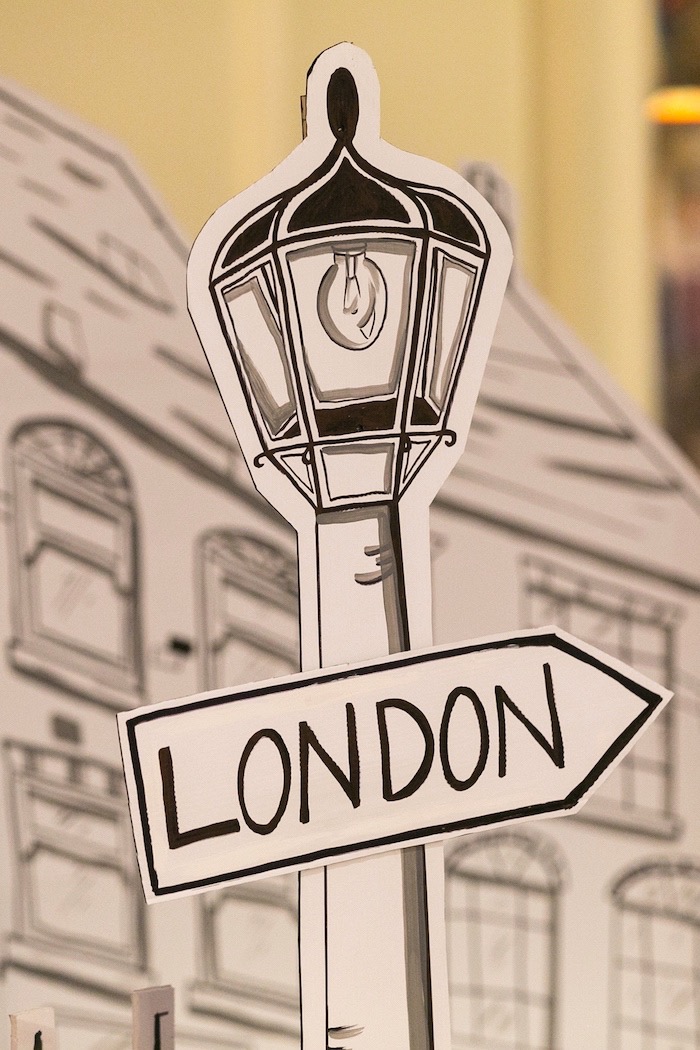 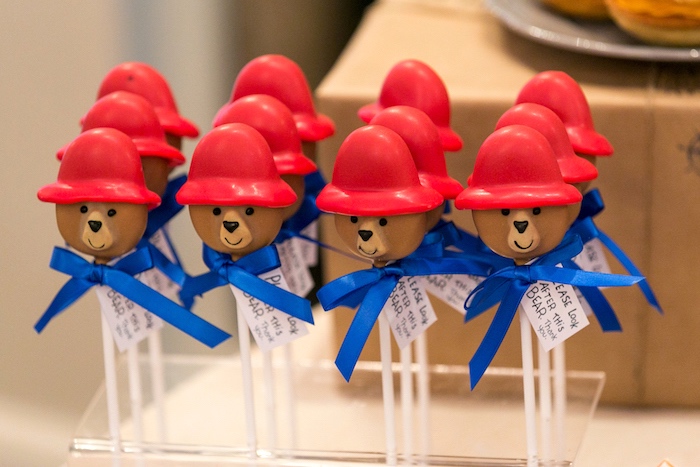 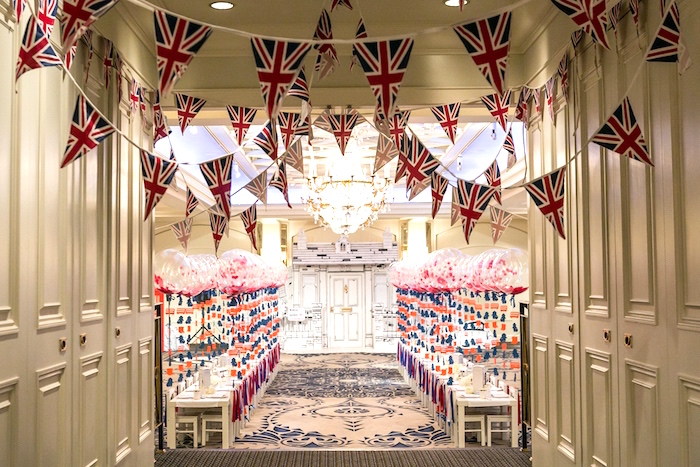 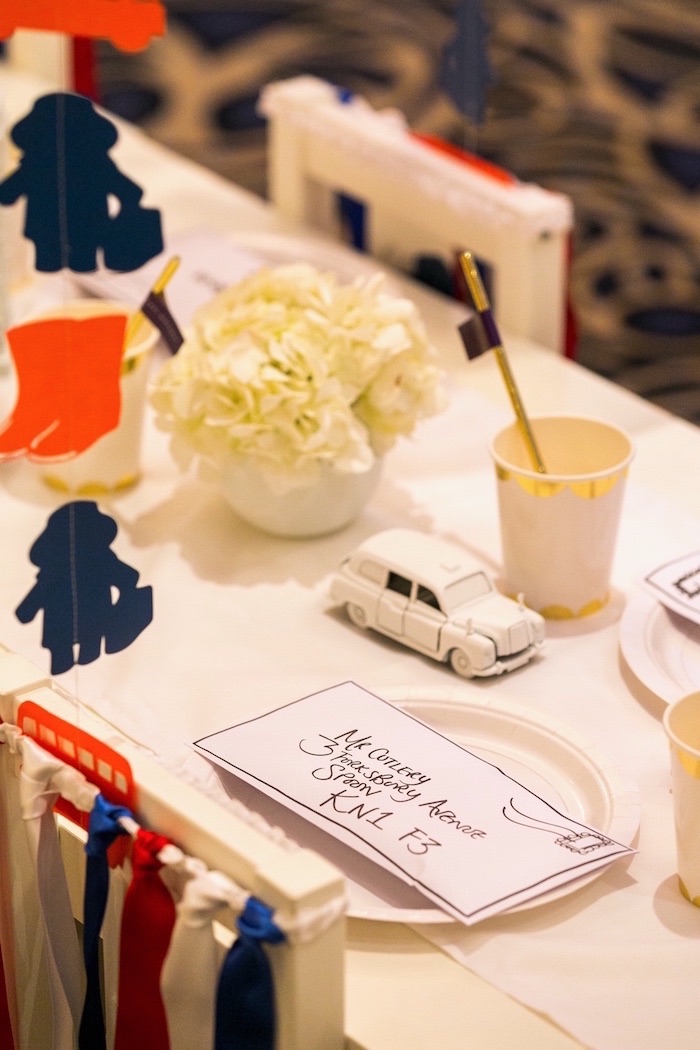 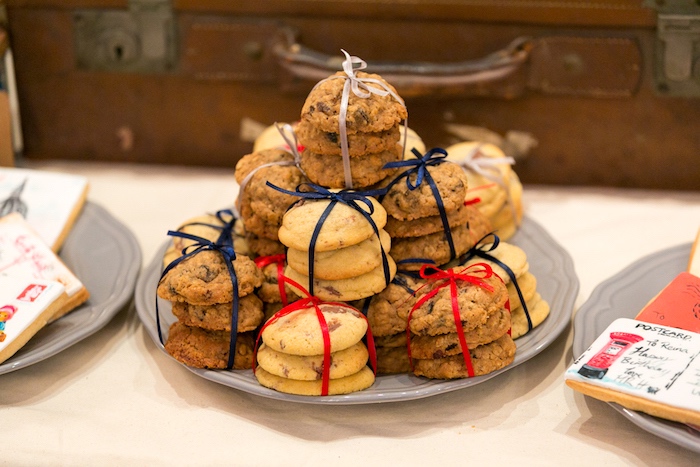 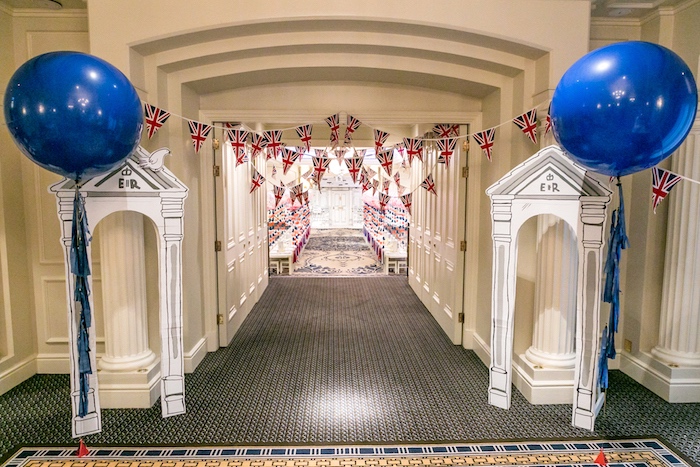 This is what Zadie shared about styling the party- “In the heart of The Berkeley Hotel Ballroom, we brought to life Paddington’s story for a very special 4-year-old girl’s birthday. Our highly trained professional actors welcomed the children, showed them everything in their immersive world and took them on an adventure to find and meet Paddington himself!

From Paddington’s house (with a working door) as our stage, to the entrance of Buckingham Palace with guard stand, landmarks, road crossings and transport, we created ‘London’ inside for all to explore. Our favourite parts were a personalised London bus, life size post box and red phone box; all of which were both nostalgic but entirely relevant simultaneously.

The children were engrossed in our bespoke written theatre show that culminated in the real Paddington Bear walking through the Brown’s front door with presents and of course, marmalade. Once they had met Paddington, he and his family and friends guided the children through various fun and fully themed activities. These included writing London postcards which their parents could address to their homes or family members, then the children posted them in our life-sized post box for us to send on Monday morning.

This worked as a special touch so the children could relive this special day even after the party had been and gone and also learn about the post. In a day and age where children are losing touch with traditional forms of communication, we like to remind and instil these traditions for families to enjoy. Paddington and his friends then helped the children to make their own mini suitcases and marmalade jars with labels to personalise! There were also both a professional fac e painter and balloon artist to visit for fully themed treats. For the younger party goers, we had a separate craft station and colourful soft play to engage them throughout.

The birthday tea-time should be a wider extension of the party and add to the theatre of the day, so we ensure that the theme is beautifully presented throughout. The children sat at half sized white wooden tables and chairs, finished with colour matched ribbon tassels. The first thing they encountered was a gorgeous, couture Paddington themed bubble balloon hanging from their chair (which they later got to take home with them). The tables were adorned with London landmarks in pristine white. The beautiful white runner was the base for white tableware, personalised with bespoke stickers, potted white hydrangea and white sprayed London props. Upon each place setting was a fun addressed envelope for the children to tear open revealing their gold tipped cutlery. Other splashes of gold could be seen on the cup and straw to ensure every detail was tied in and perfect.

To match the grandeur of the Ballroom, the balloons were couture. There were the clear spherical bubble balloons as mentioned above, filled with confetti and finished with bespoke, themed shapes down the string tail.

Set out as a lost property office in a London station, the backdrop to the table was a book case filled with lost property including vintage style toys, brown paper parcels tied up with string and items of vintage clothing. Adorning the rustic style table were many a treat to excite guests of all ages including:

The birthday girl also received her name in hand painted letters to both adorn the table and take home afterwards.

The centrepiece of any treat table is the cake. This one was a masterpiece to behold. An edible, life-like Paddington Bear sat upon a round tiered cake, positioned on Paddington’s suitcase (also edible). There were also edible London landmarks.

Thank you gifts included official Paddington items including the following:

All guests went home with a balloon, a bag of treats and a party favour bag! “