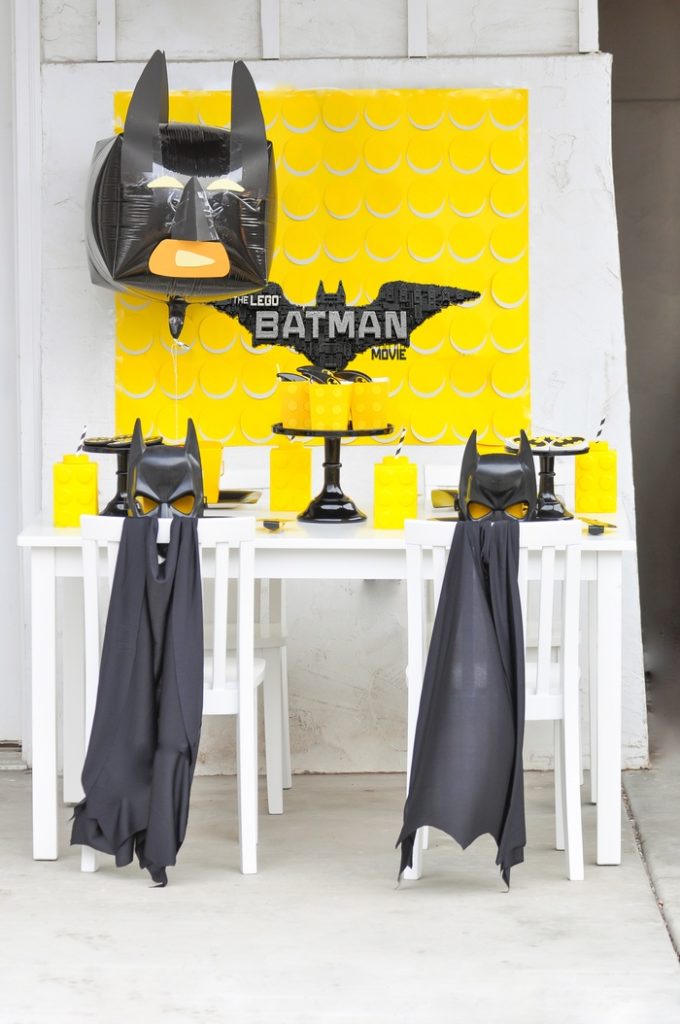 I’m so excited to partner with Warner Bros. Pictures to celebrate The LEGO Batman Movie coming to theaters THIS Friday, February 10th! As part of the celebration, I styled a fun LEGO Batman Party that I hope you will like as much as I did!

What’s not to love when it comes to LEGO’s and BATMAN combined?! I don’t know about you, but LEGO’s and Batman are all the rage here in our home. My kids are so excited about the movie and are counting down the days until they can go see it.

I styled this party in hopes to inspire you to plan your own LEGO Batman-themed shindig.

Some of the fabulous LEGO Batman themed party ideas + elements to look out for in this party spread include: 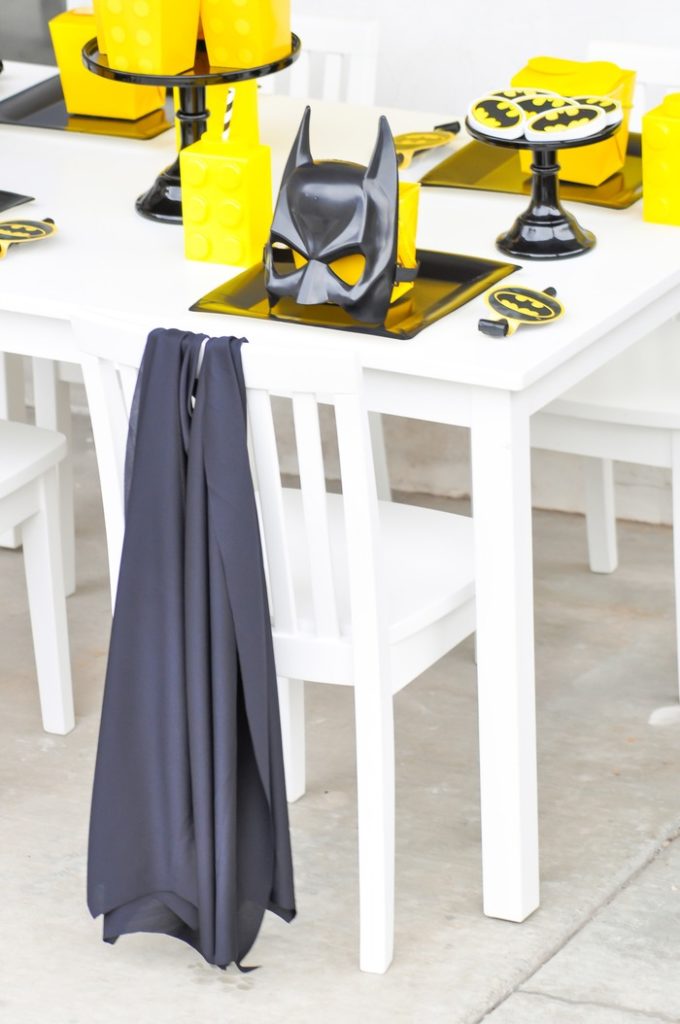 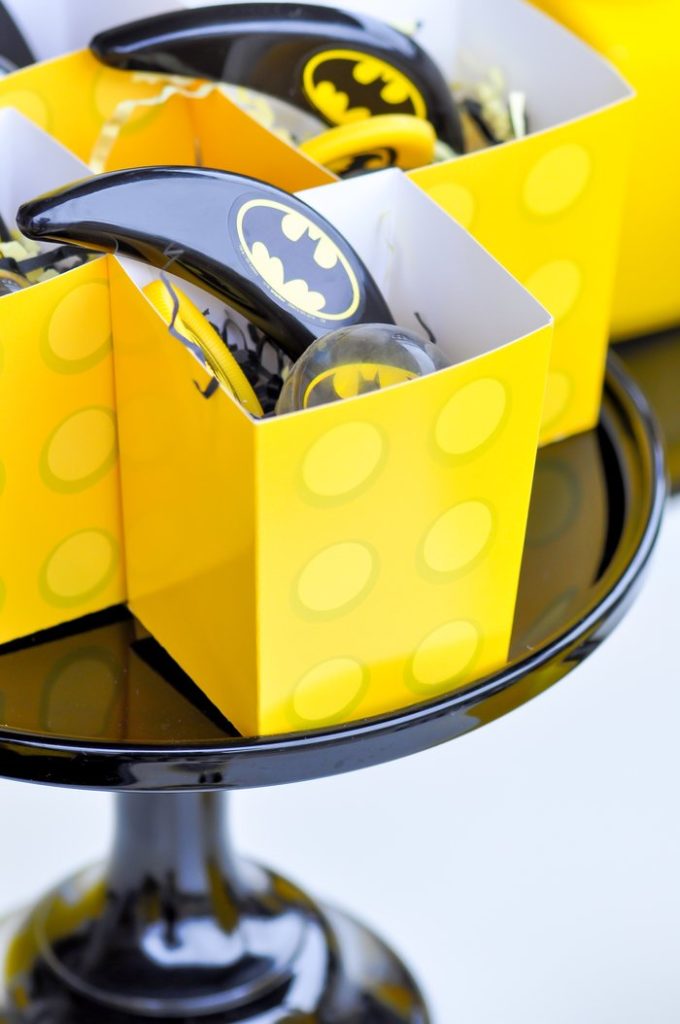 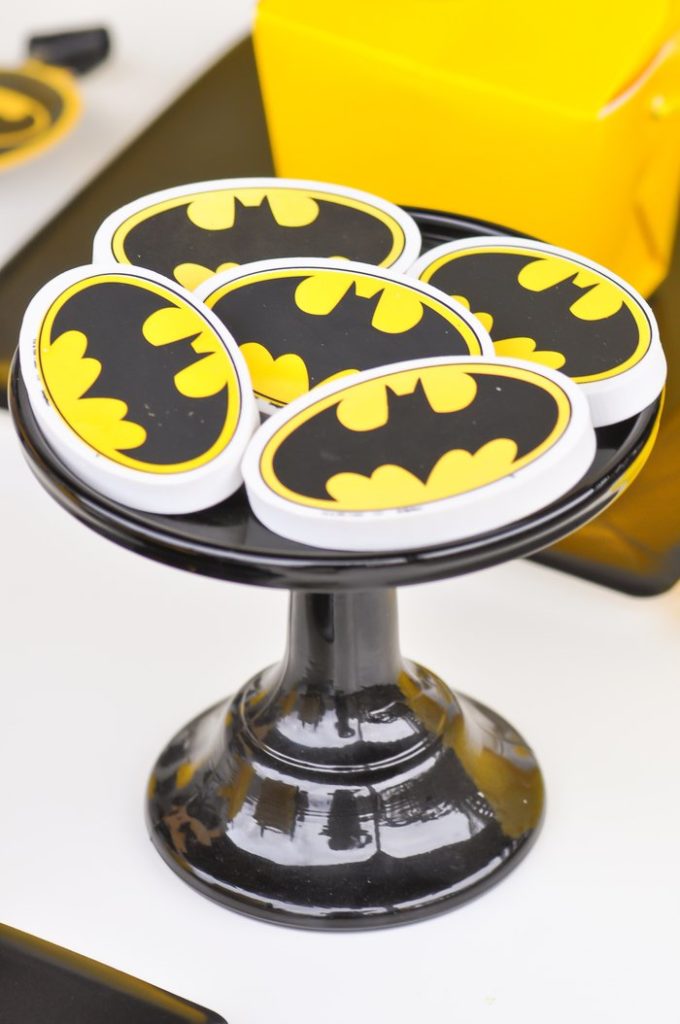 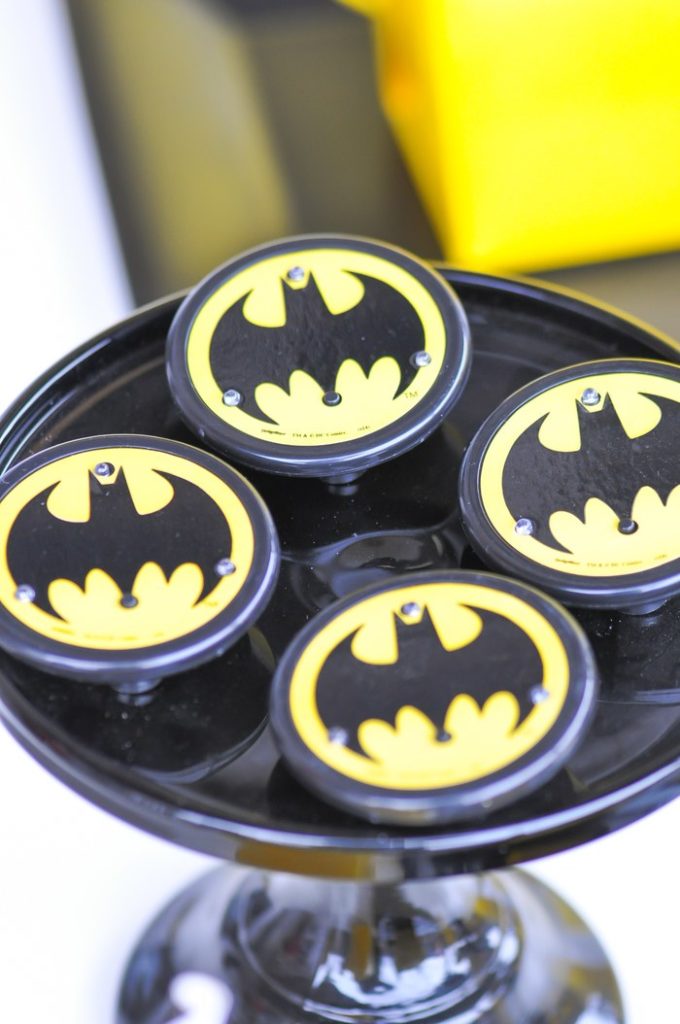 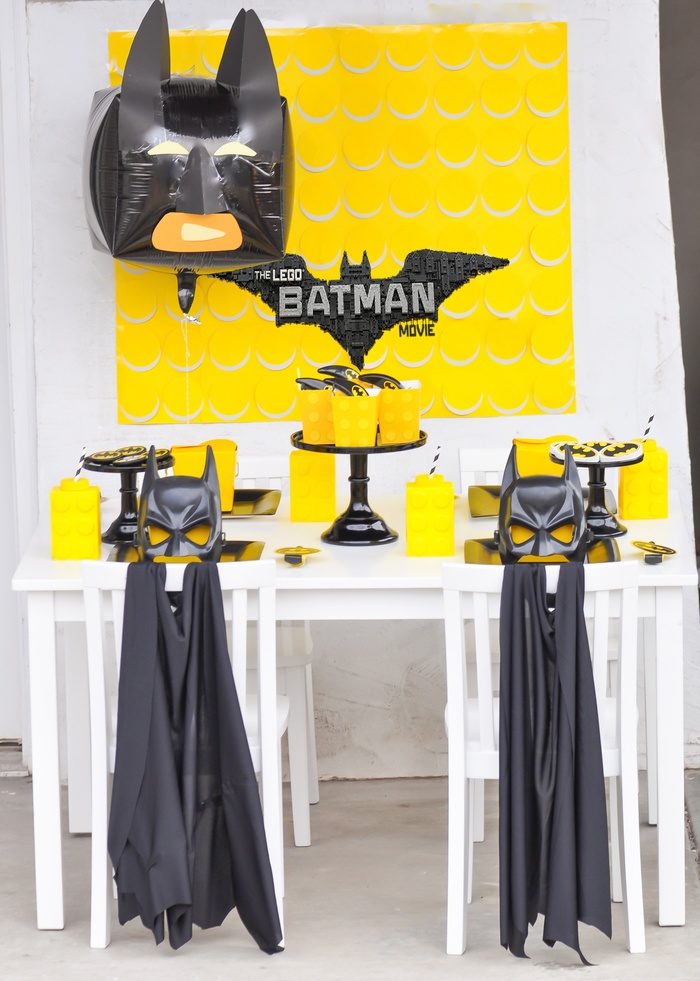 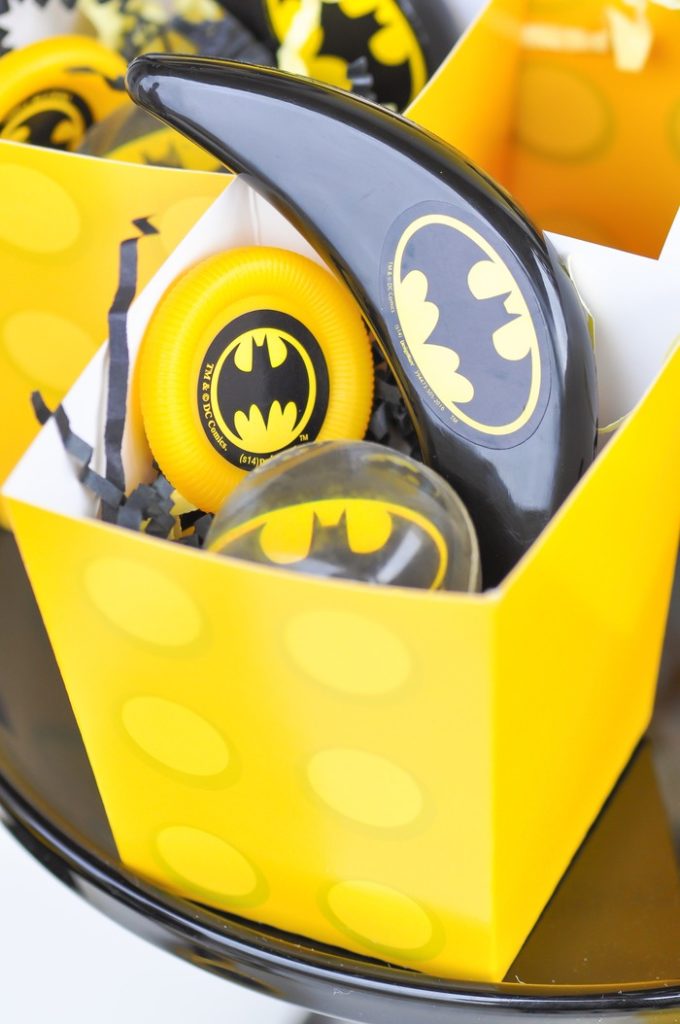 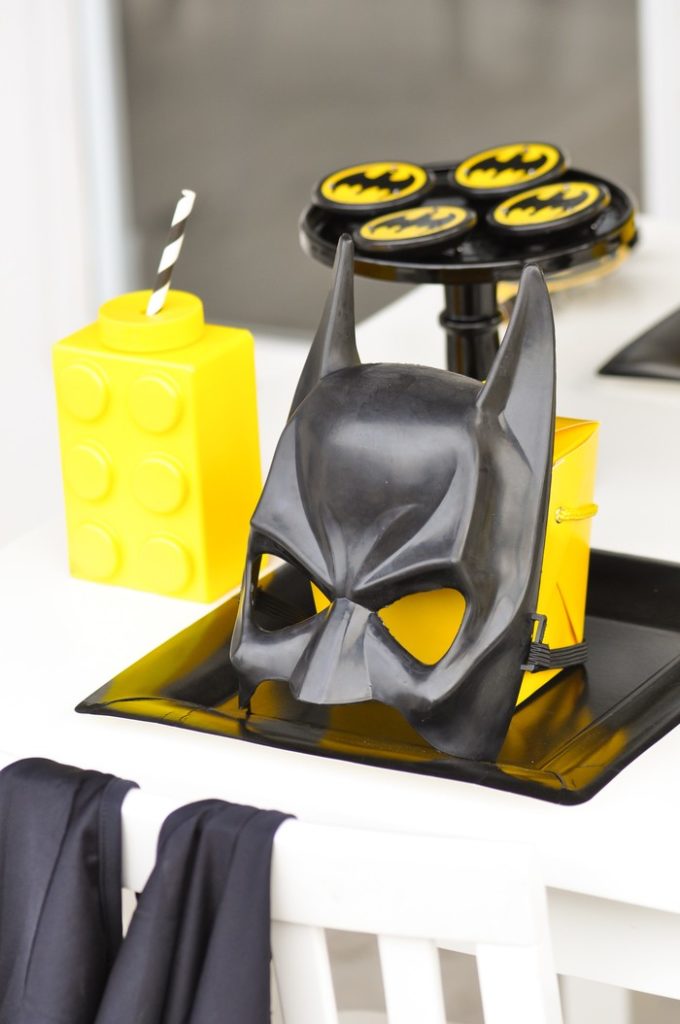 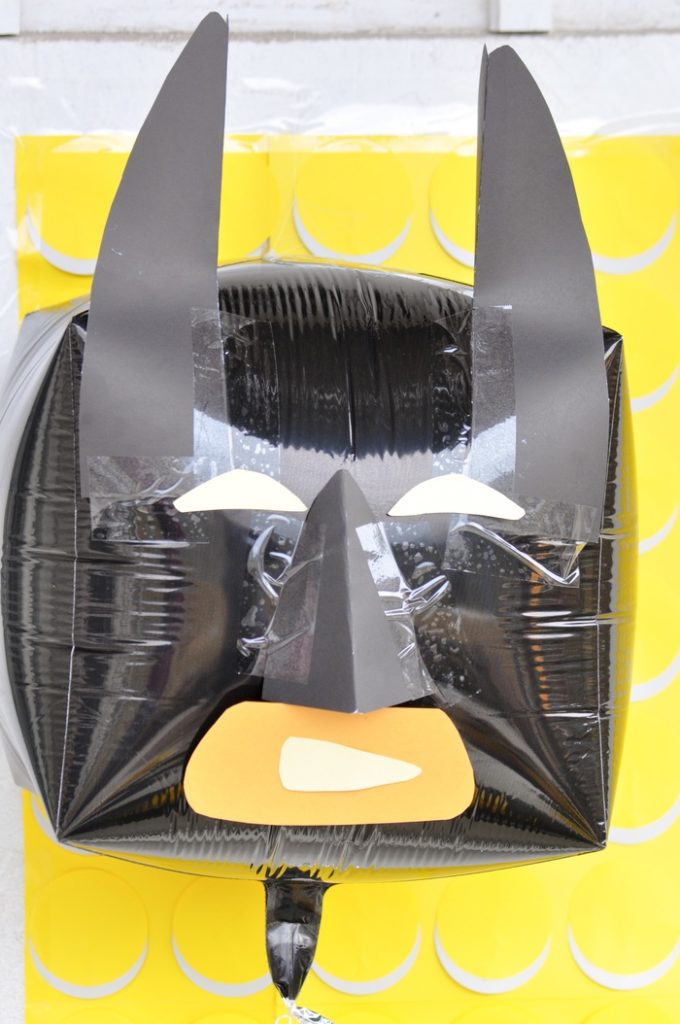 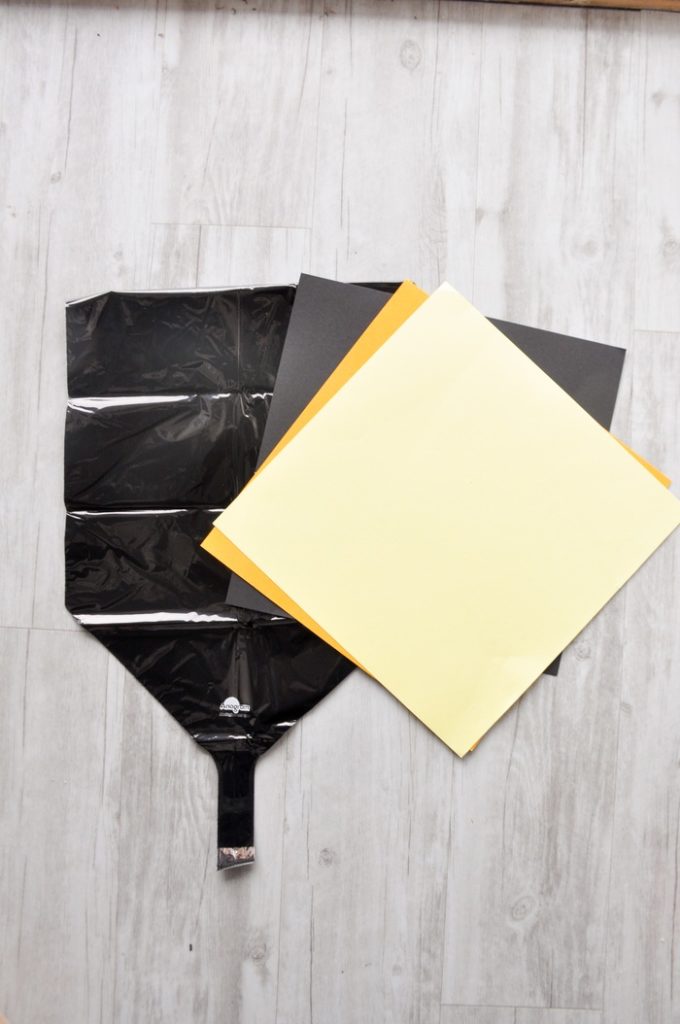 Fold a piece of black card stock in half and trace a shape on the folded side of the paper as shown below. 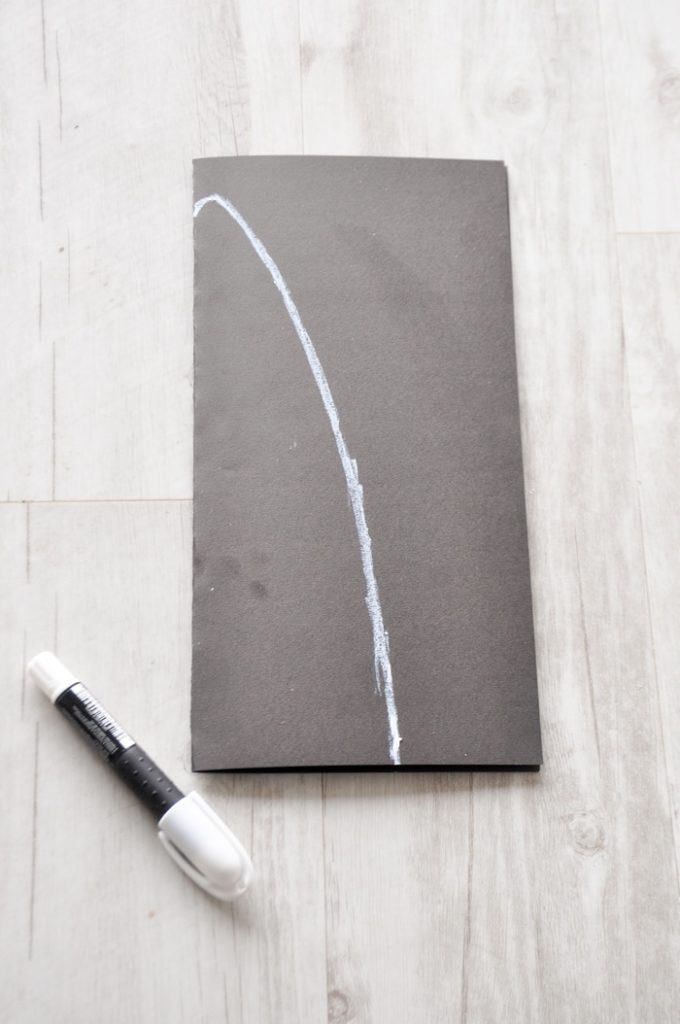 Step 3- Cut a portion of the paper away on the right side of the fold as shown below.

Step 4- Repeat the above 3 steps so you have TWO of the same ear piece. 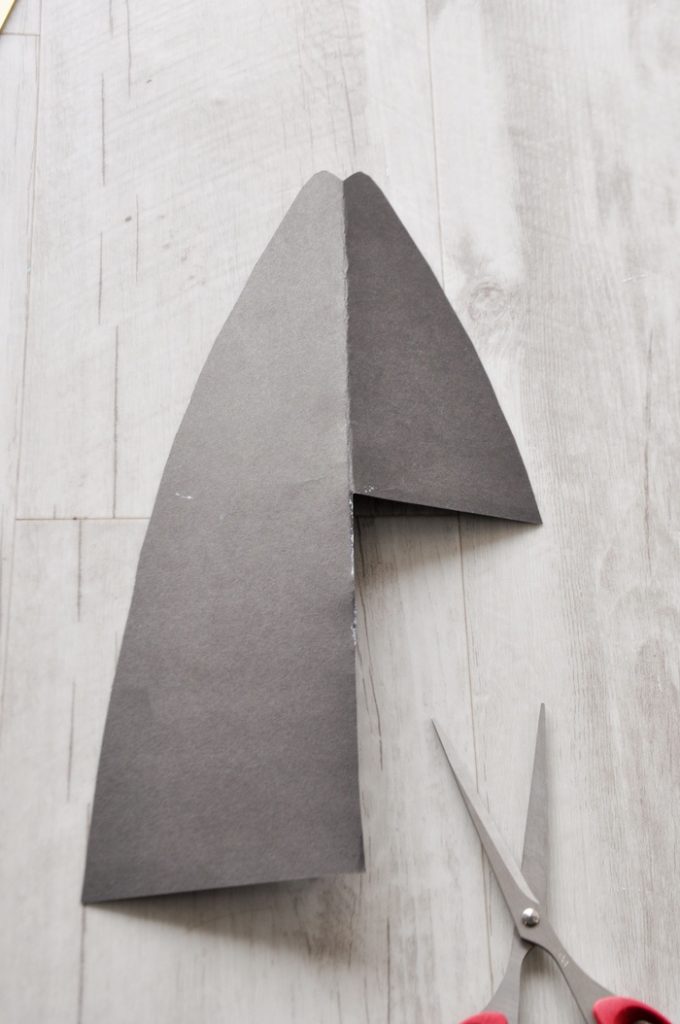 Step 5- Take another piece of black card stock and fold in half again. Draw shape on the fold as shown below and cut. 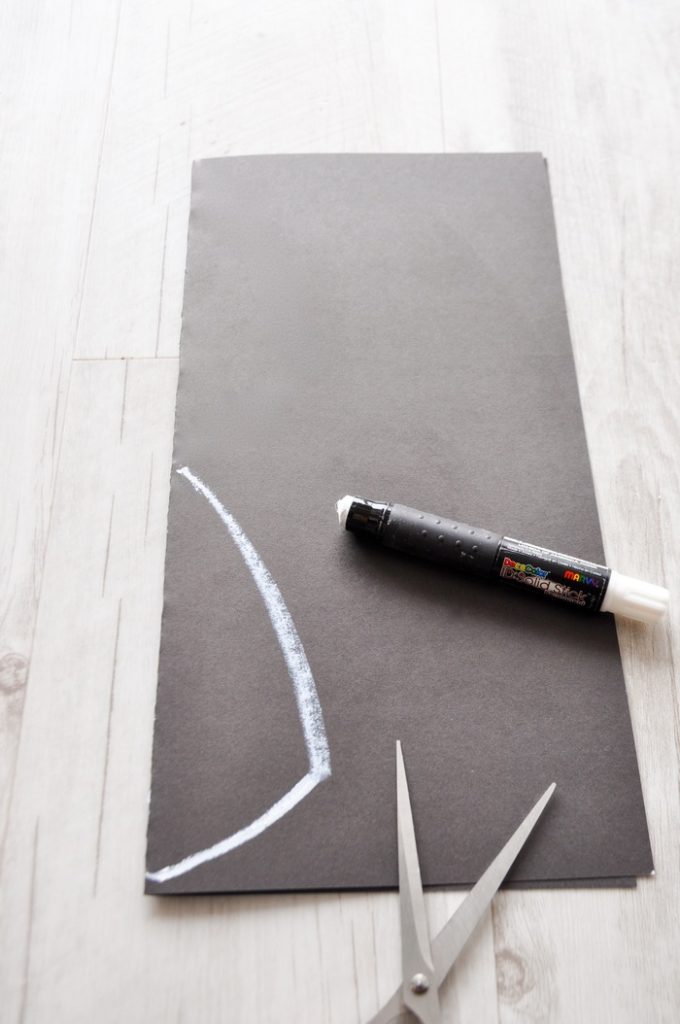 Step 6- Cut two eyes and a rounded triangle out of a sheet of cream card stock, replicating shapes shown in the below picture.

Step 7- Cut a mouth out of a sheet of yellow/orange card stock similar to the orange shape shown in below picture. 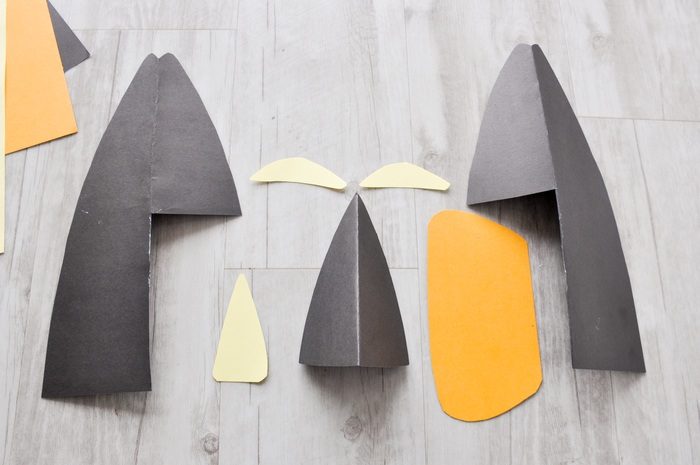 Step 9– Adhere two ear pieces to the top left and right corner of the square balloon with clear packing tape, as shown below. 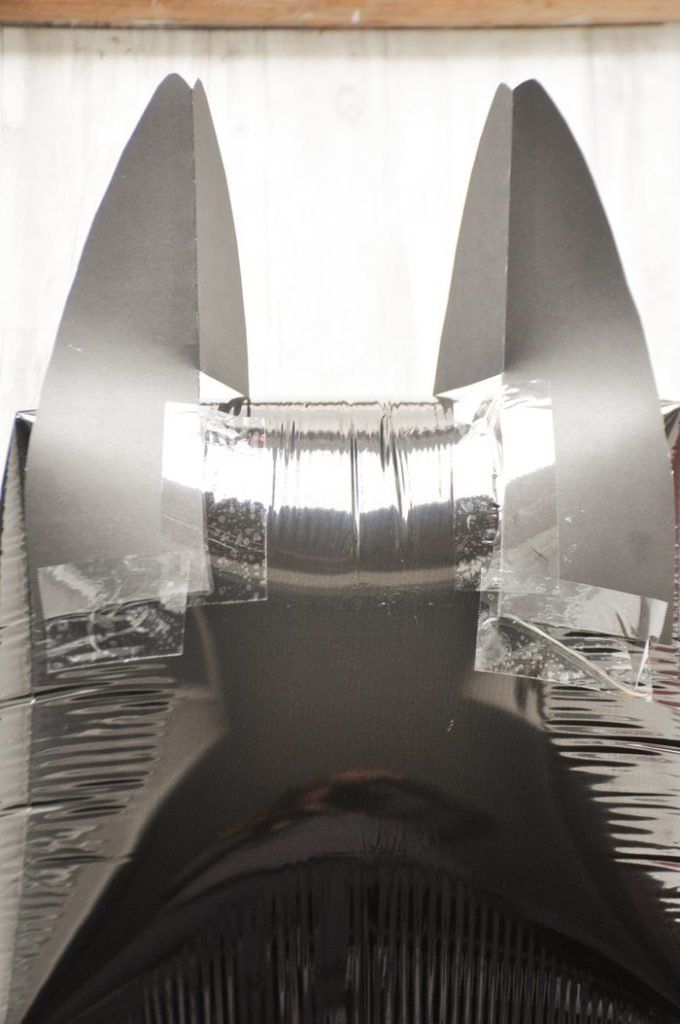 Step 10- Adhere eyes and nose piece to the front of the balloon with clear packing tape.

Step 11- Adhere mouth piece and triangle piece to the bottom center of the balloon as shown below. 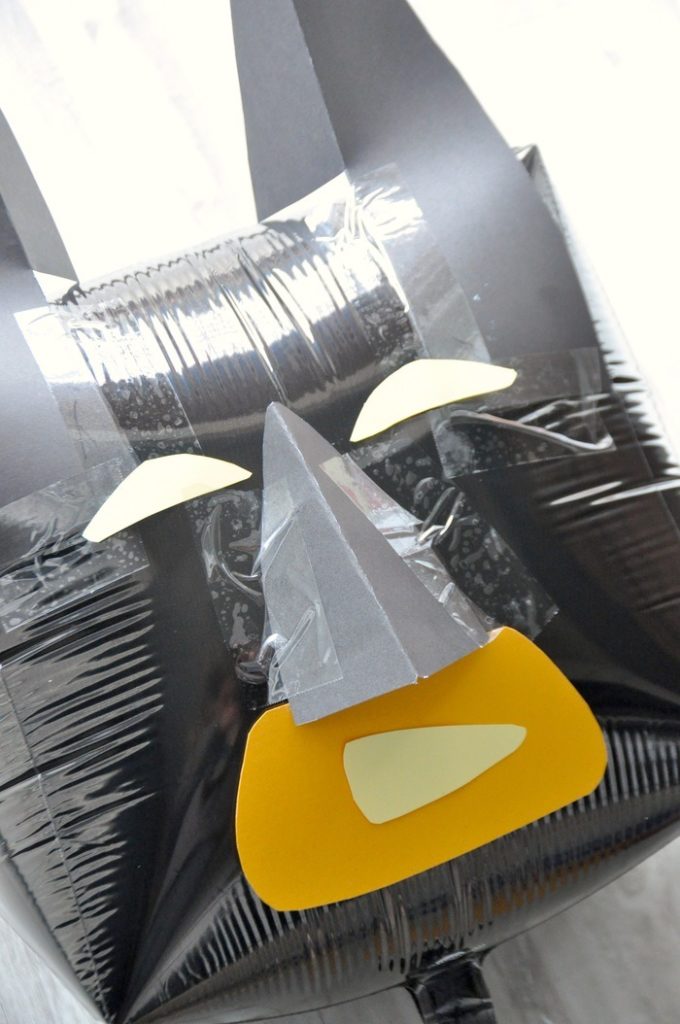 Viola…you now have a LEGO Batman balloon that you can tie next to your party table for guests to enjoy!

I hope you gained ideas and inspiration for your next LEGO Batman themed celebration! 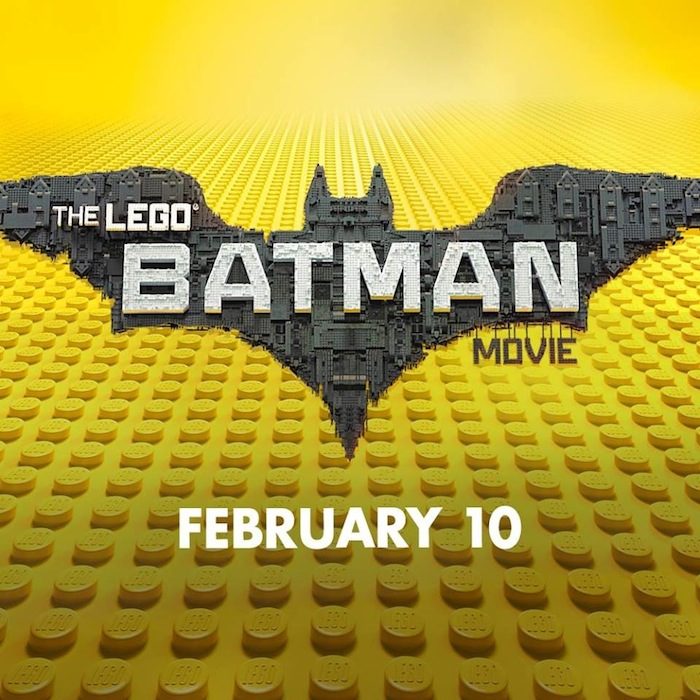 In the irreverent spirit of fun that made “The LEGO® Movie” a worldwide phenomenon, the self-described leading man of that ensemble – LEGO Batman – stars in his own big-screen adventure. But there are big changes brewing in Gotham, and if he wants to save the city from The Joker’s hostile takeover, Batman may have to drop the lone vigilante thing, try to work with others and maybe, just maybe, learn to lighten up.

Will Arnett reprises his starring role from “The LEGO Movie” as the voice of LEGO Batman, aka Bruce Wayne. Zach Galifianakis (“Muppets Most Wanted,” the “Hangover” films) stars as The Joker; Michael Cera (TV’s “Arrested Development”) as the orphan Dick Grayson; Rosario Dawson (TV’s “Daredevil”) as Barbara Gordon; and Ralph Fiennes (the “Harry Potter” films) as Alfred.

*This content has been sponsored by Warner Bros. Pictures. Compensation and or Products may have been received in conjunction with this post. However, all views are 100% true and my very own.