Brave Little Warriors and twinkling fires, this American Indian Inspired Birthday Party, will fulfill all of your heart’s desires!

, out of Singapore; this incredible party, with its custom decor and beautiful boho party details, will have you swooning!

The American Indian Inspired party ideas + elements you just can’t miss from this sweet occasion, include: 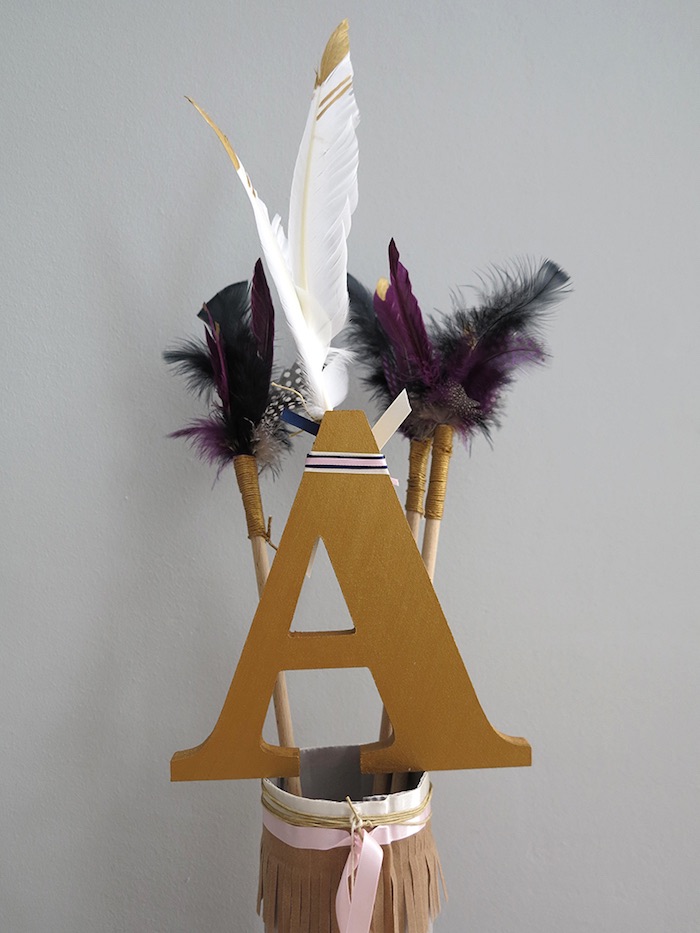 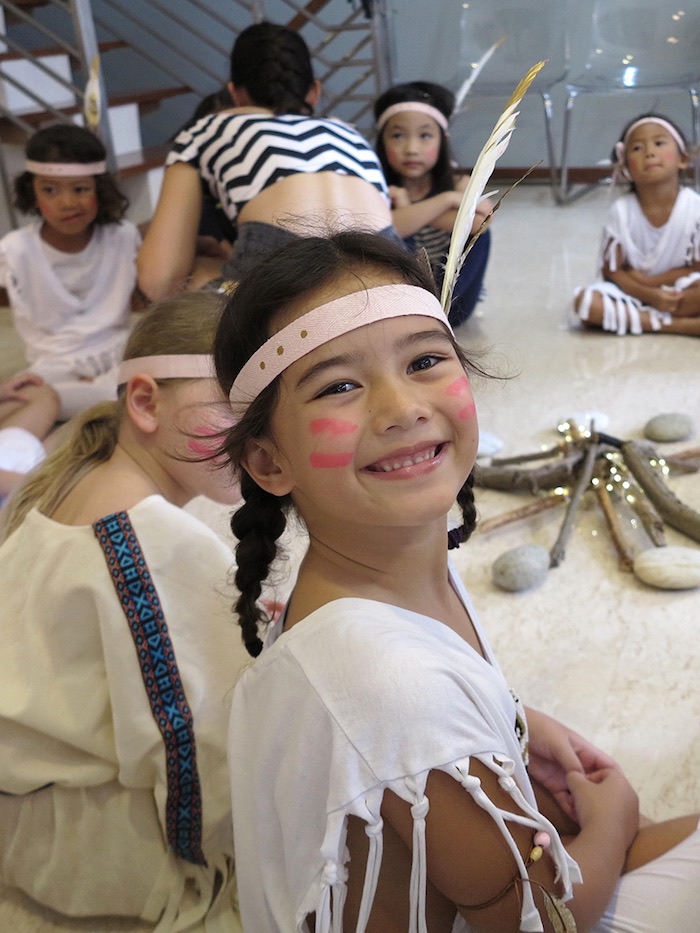 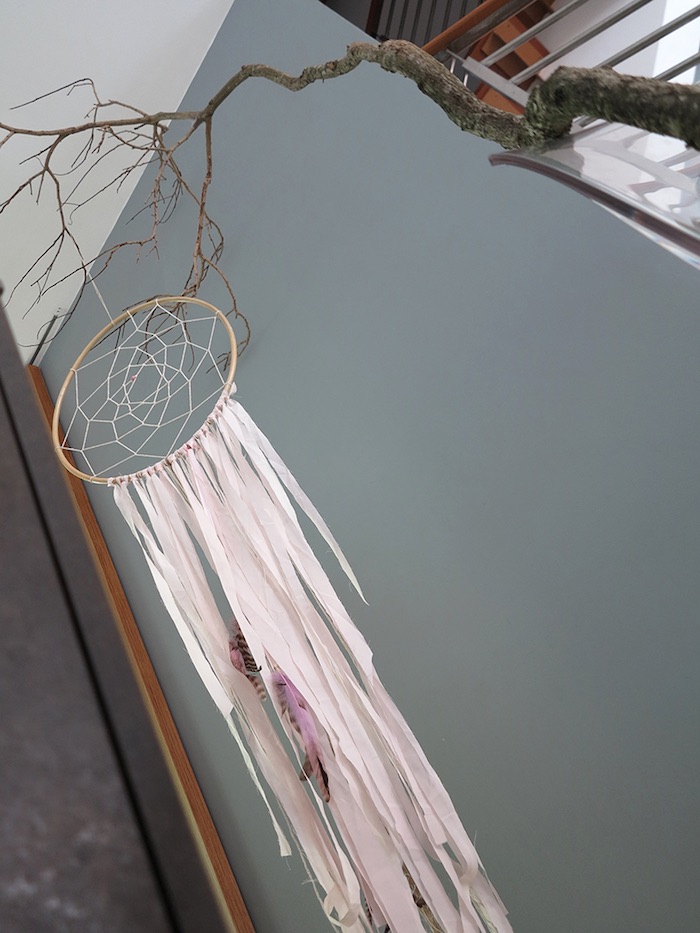 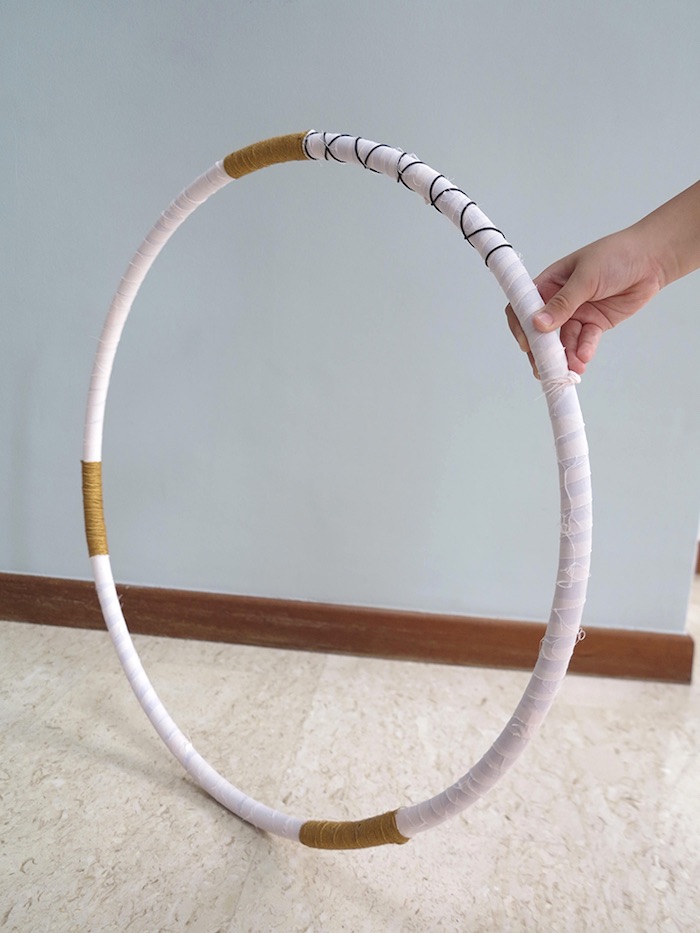 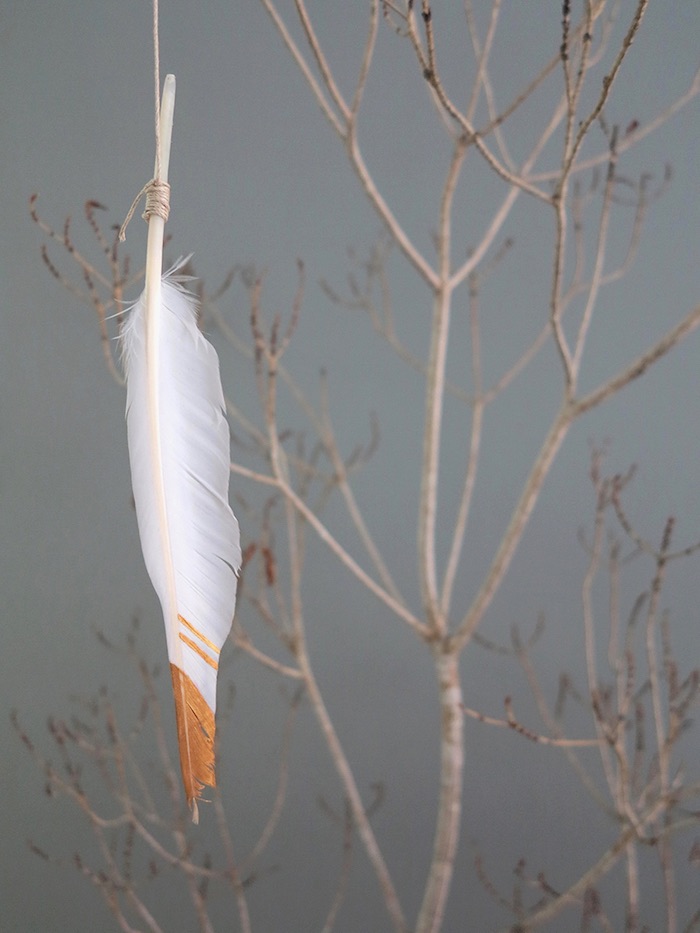 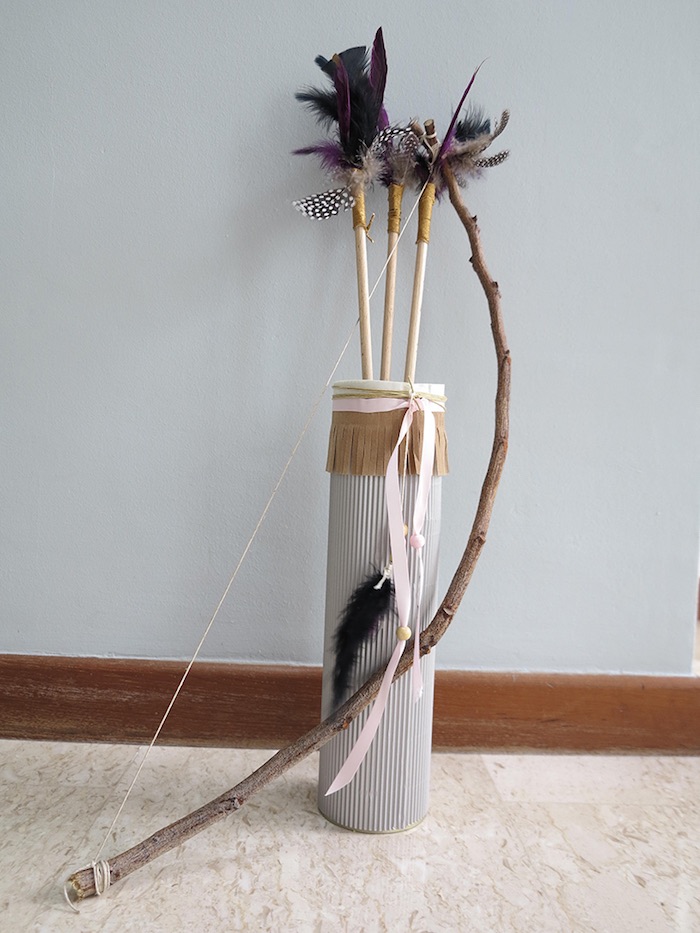 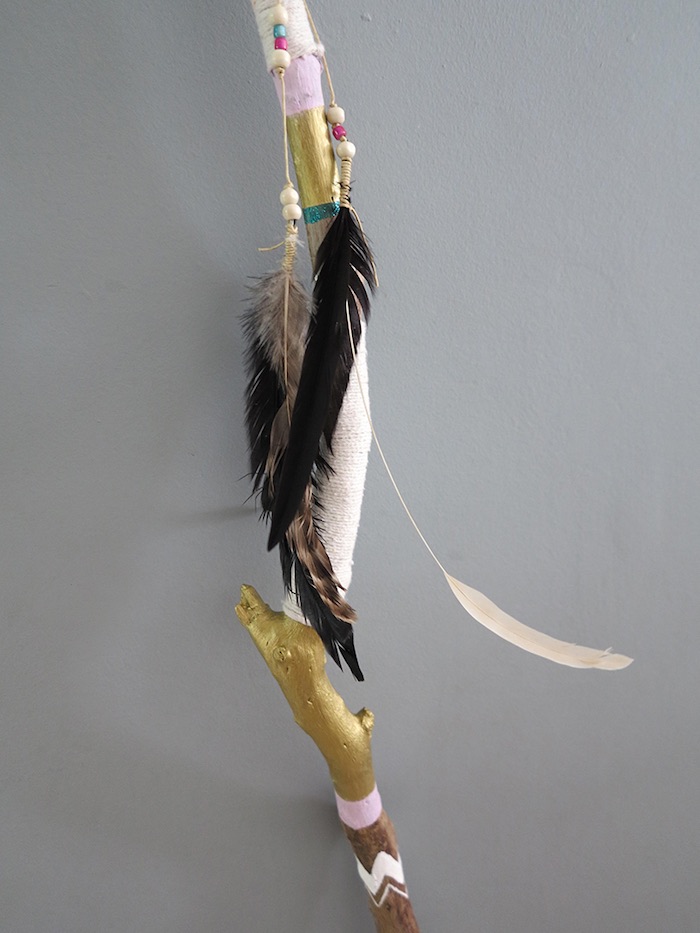 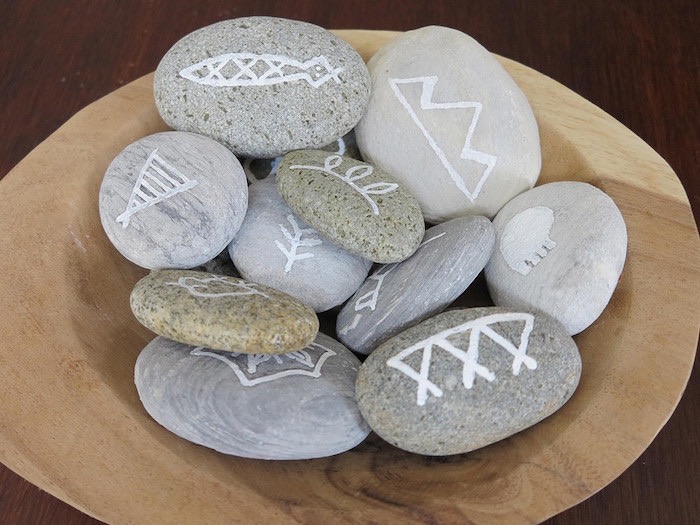 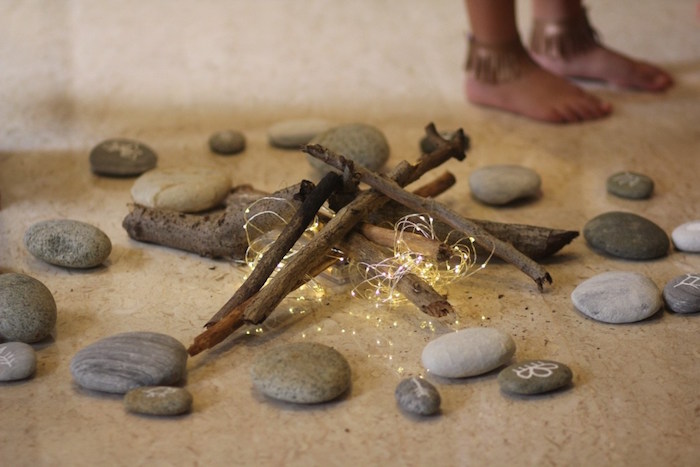 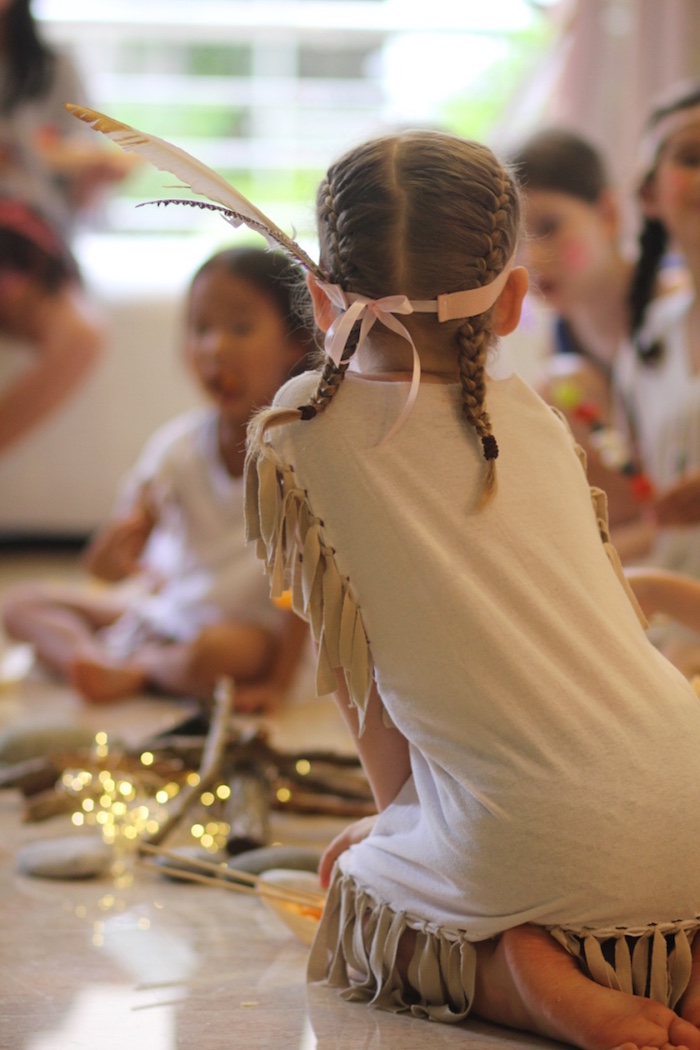 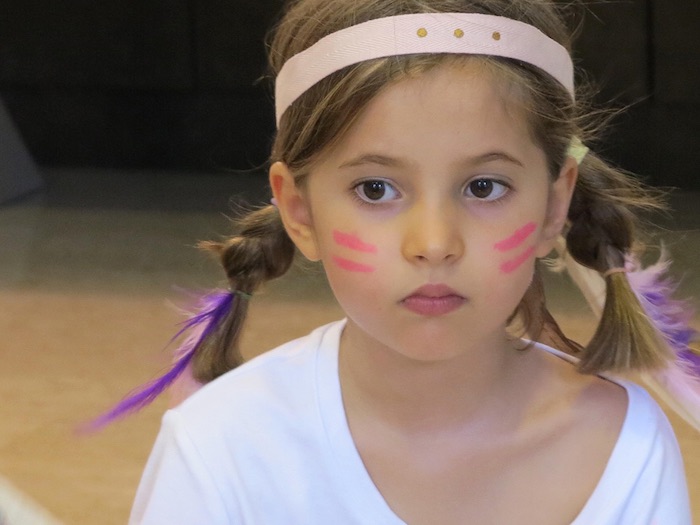 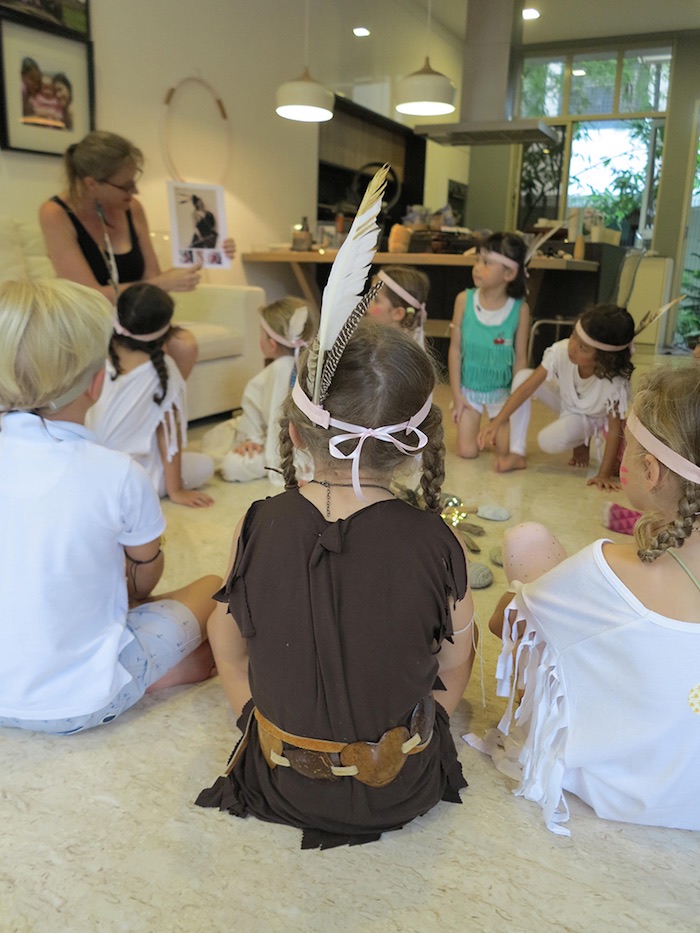 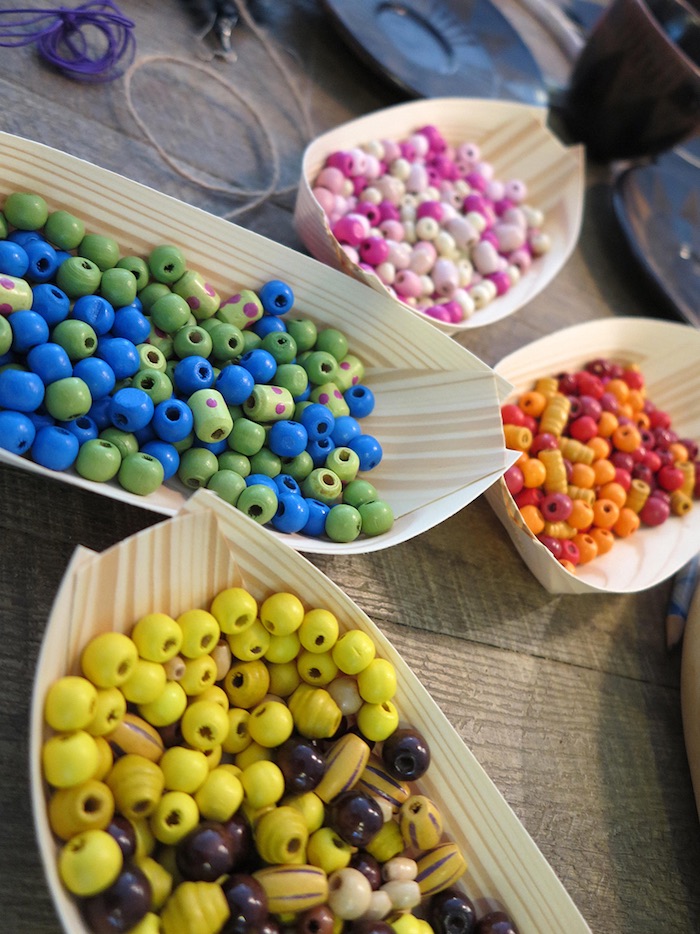 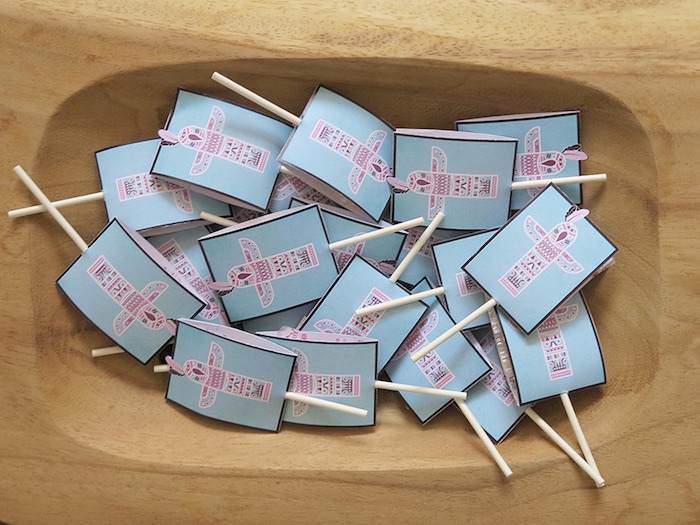 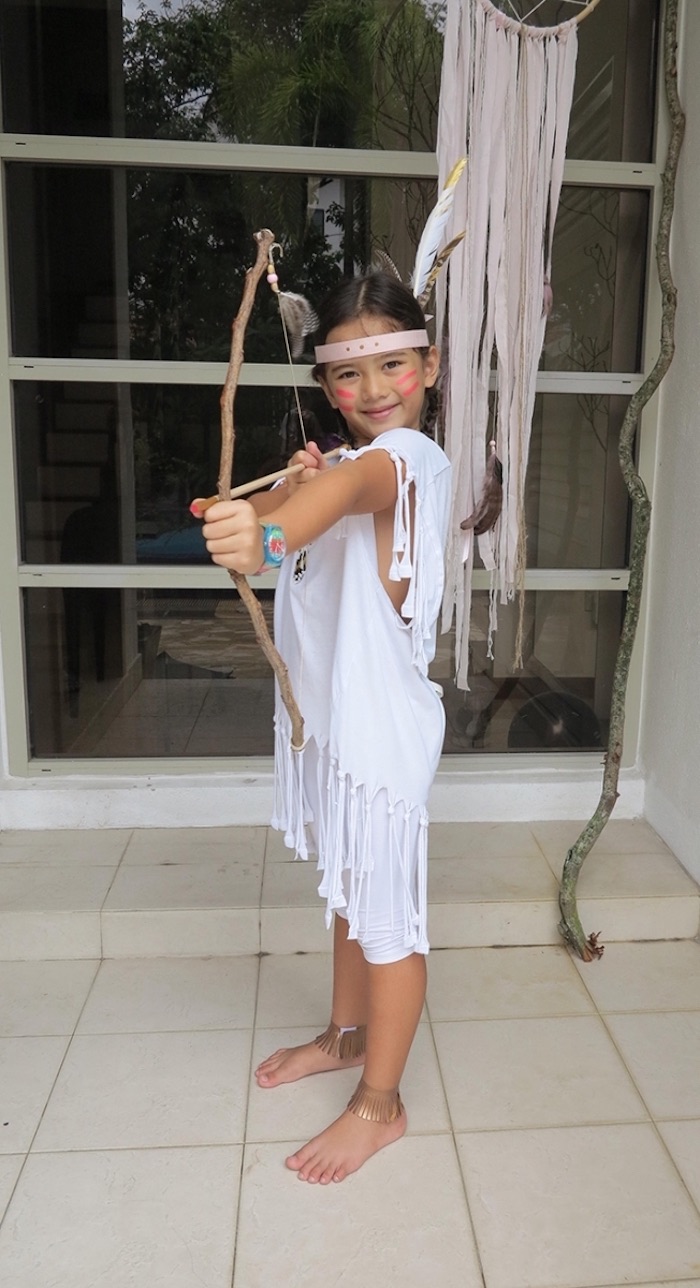 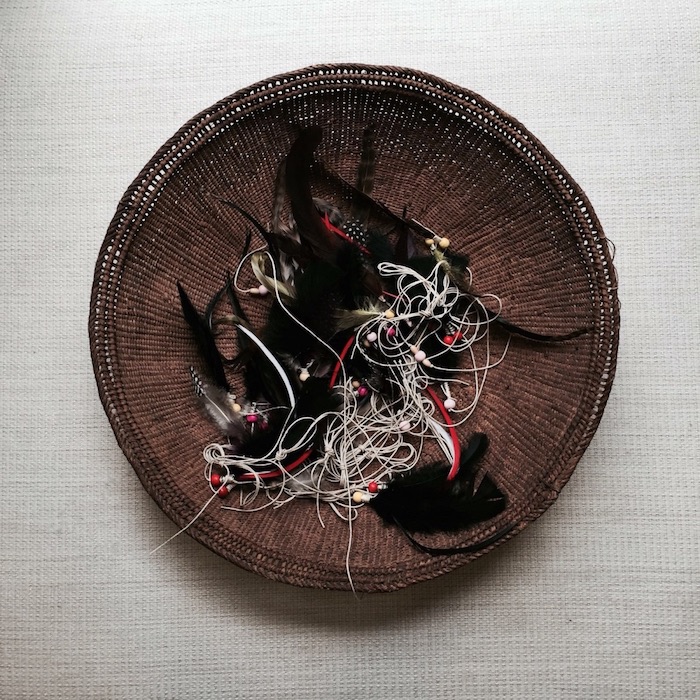 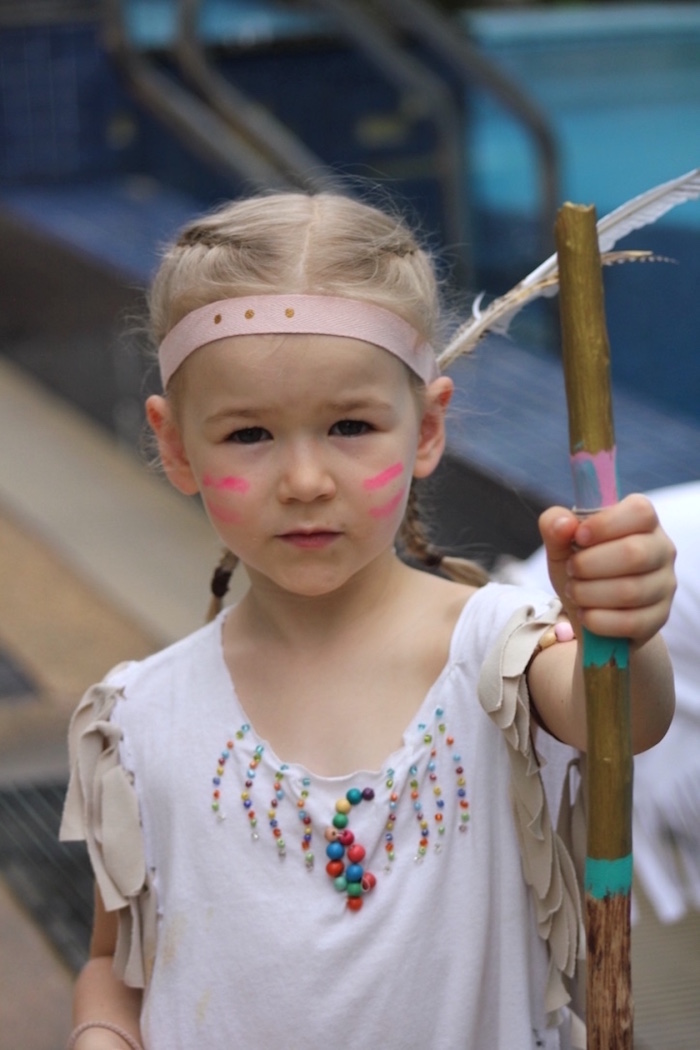 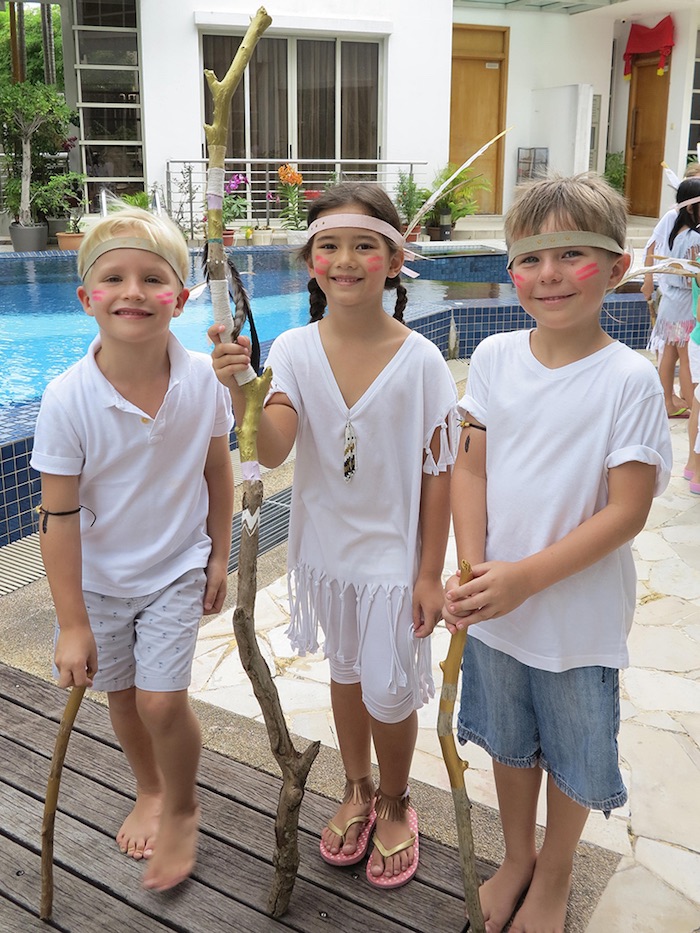 This is what Emma shared about the party- “I am a one-woman-show! So, I design, cater, host and photograph my own parties. They have always come about because of the love I have for my 3 gorgeous girls. We don’t have a great deal of money. So, I try and make up for it, by putting in extra effort come party time. I come from a design background, so parties are also a chance for me to forget the dishes and homework and get creative! I use what I have lying around the house or what I can find at the $2 store, along with my own designs for printables. Also, I also try as best I can to be environmentally conscious. No balloons, no plastic disposables and no plastic rubbish for party bags!

I chose the American Indian theme because dream catchers were becoming trendy at the time. There was also a great deal of talk via my Facebook page regarding Standing Rock. So I started doing my research. Obviously I knew a fair amount already, but got more and more interested, the more I read.

I always like to keep my parties as authentic as possible, whilst of course allowing for a plenty of artistic license. Also, I like to use my parties as an opportunity to educate. I believe there is no better time for kids to learn, than when they are having fun!

I had said to the Mums that if the kids wanted to, they could dress up. To my delight, the majority came dressed as beautiful little squaws! (Inexpensive costumes made from cut up t-shirts of their Dad’s!) It made the party so much more charming! As they arrived we gave each child an arm band with a feather tattoo, red war paint on their cheeks, a headdress and an American Indian name: Dancing Wind, Little Fox, Brave Thunder and so on. This way, any that weren’t dressed up, didn’t end up feeling left out.

We started with a craft whilst waiting for everyone to arrive. I sanded down sticks we gathered from the park, painted sections gold, then attached string towards the top. The kids then painted and decorated the sticks, adding beads and feathers on the string. These were their TALKING STICKS!

We then had a sit down session around the camp ‘fire’ to learn a little more about American Indians so that the rest of the games and crafts had more meaning.

It was then time for a treasure hunt. We hid rocks around the garden that had American Indian traditional symbols on them. Once they found them all, they brought them back to the camp fire. Here the kids chose one of the symbols each. One by one they stood, holding a large talking stick, and started creating a story based on the symbol that they held in their hand. As we went around the circle, so the story unfolded. I was super impressed with the wonderful story they thought up about American Indian princesses, buffalos of the great plains and elaborate ceremonies!

We then had a second craft to make DREAM CATCHERS. I already made the body of the dream catchers ahead of time, as they were rather too tricky for 6 year olds to manage. It was their job to add beads and feathers of their choice. I then attached a card feather onto the top, that had their names, plus their temporary American Indian names, printed on, so we knew whose was whose. The kids were so proud of their handiwork!

The weather was appalling, so we didn’t manage to play several of the games I had up my sleeve, but the time flew and before we knew it, it was time for the cake and home time. The talking sticks and the dream catchers were their going home presents, along with a lollipop with a totem pole printed wrapper.”

Don’t miss these other beautiful parties: