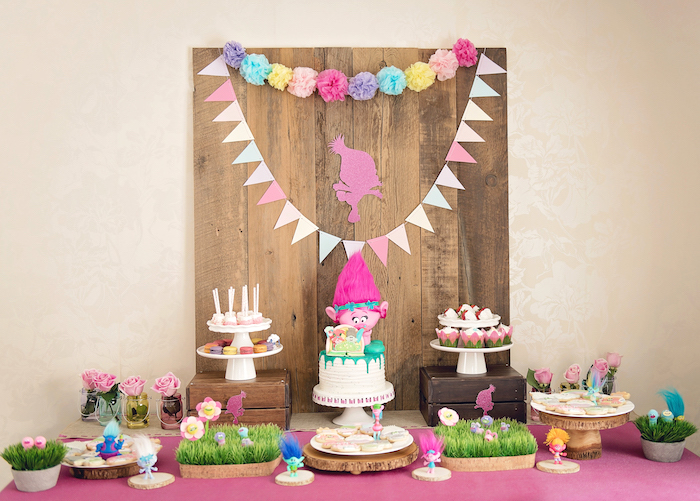 Love the DreamWorks movie Trolls? If so, this Trolls Inspired Birthday Party by Tanja Angsten of Enchanted Parties Montreal

is just for you!

From the adorable banners and bunting to the custom Troll character cookies and cake, this party “Can’t Stop the Feeling!”

My favorite Trolls party ideas + elements from this fabulous birthday celebration, include: 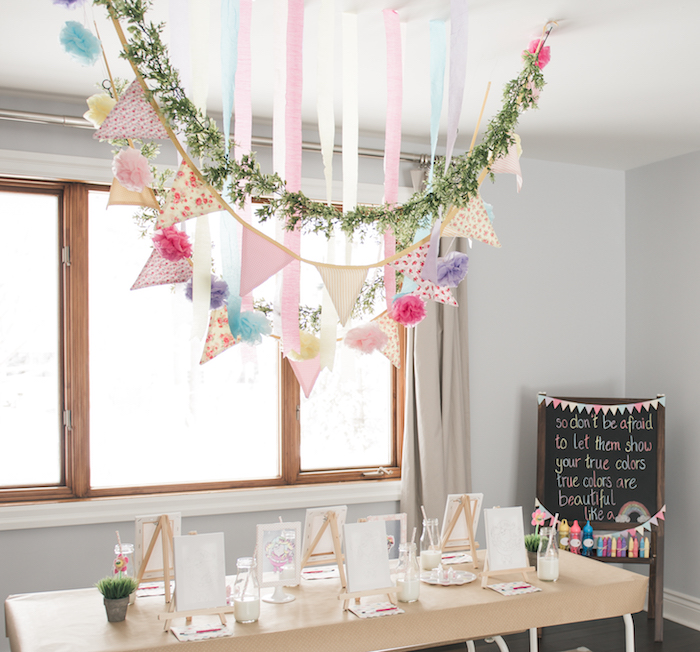 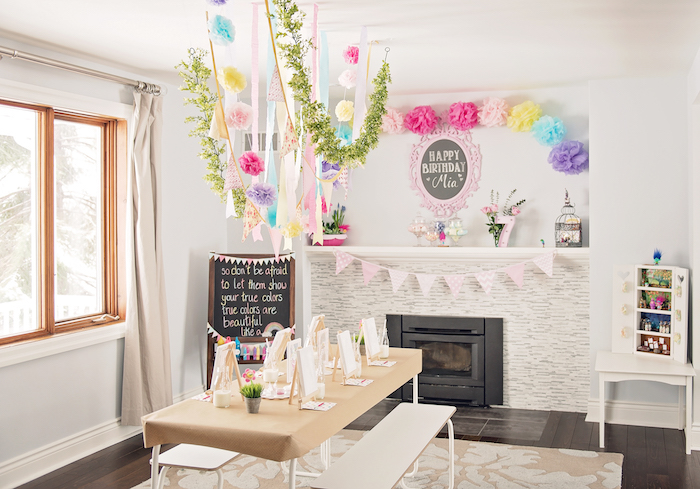 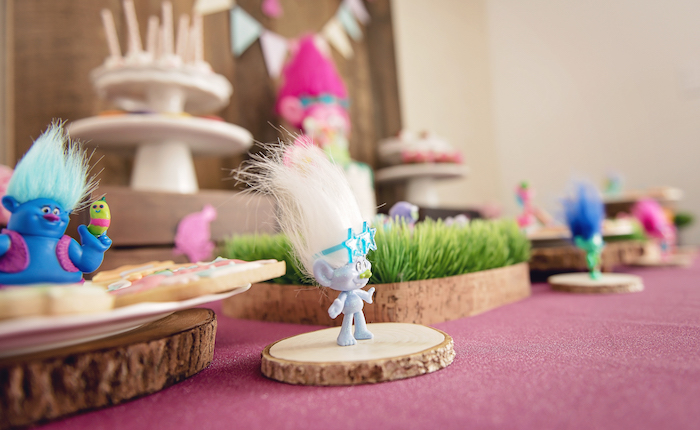 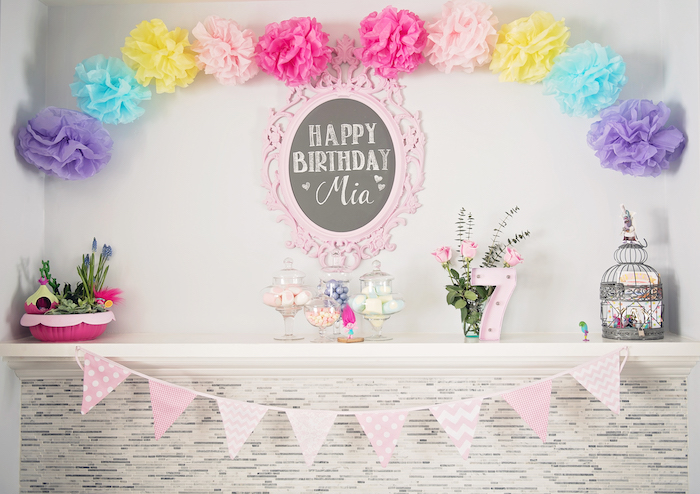 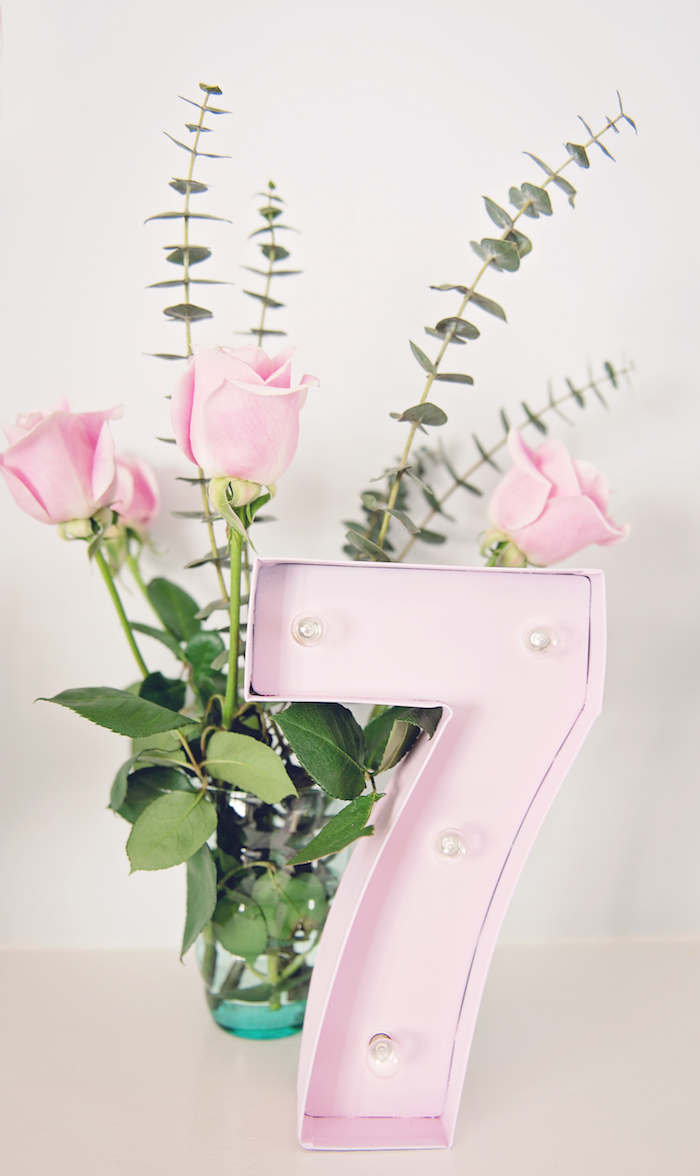 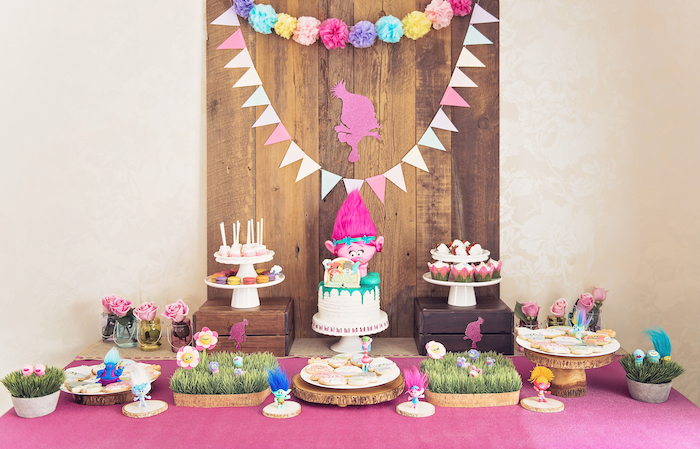 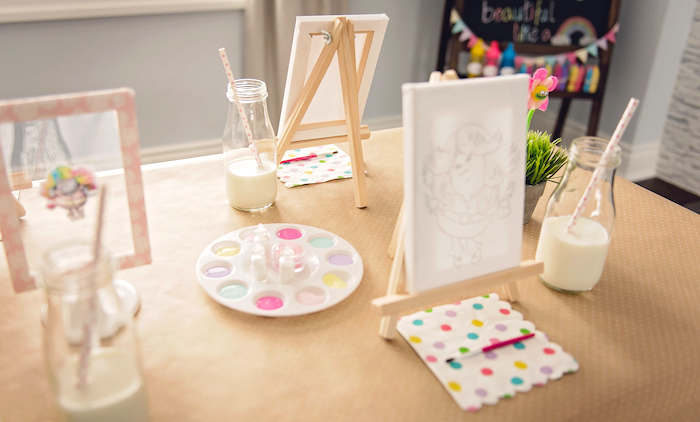 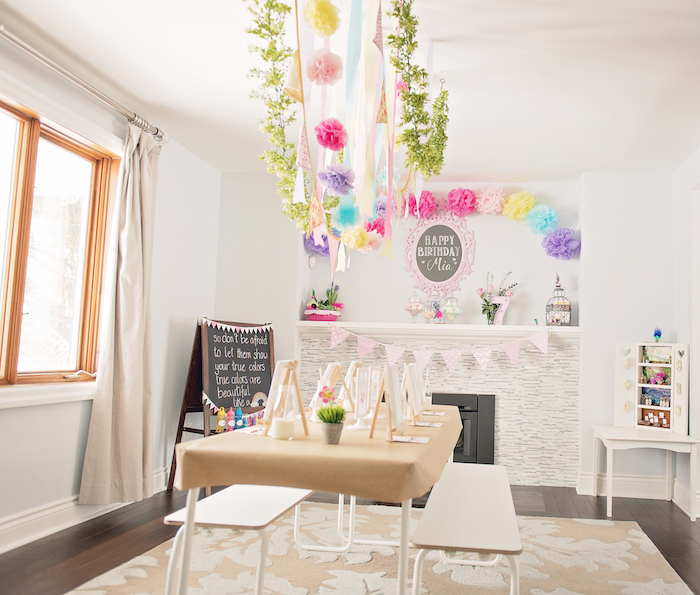 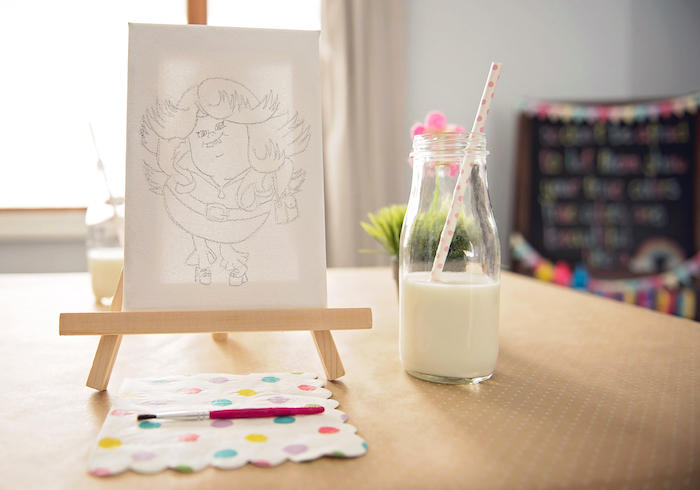 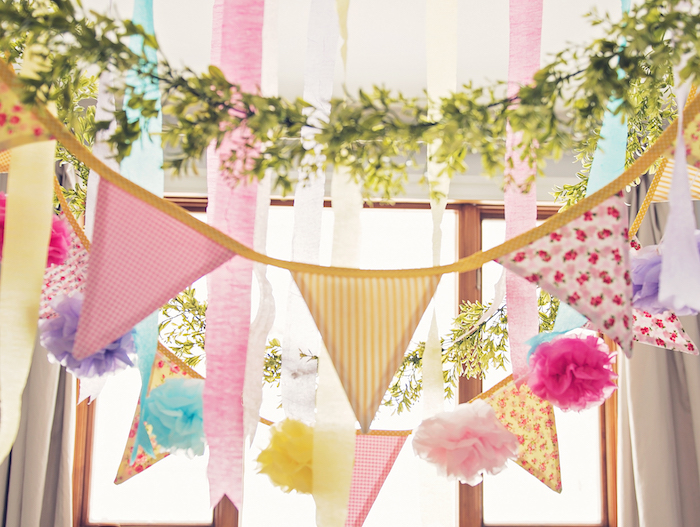 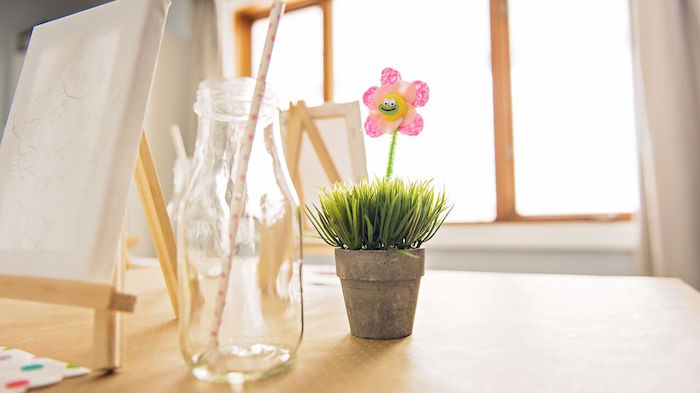 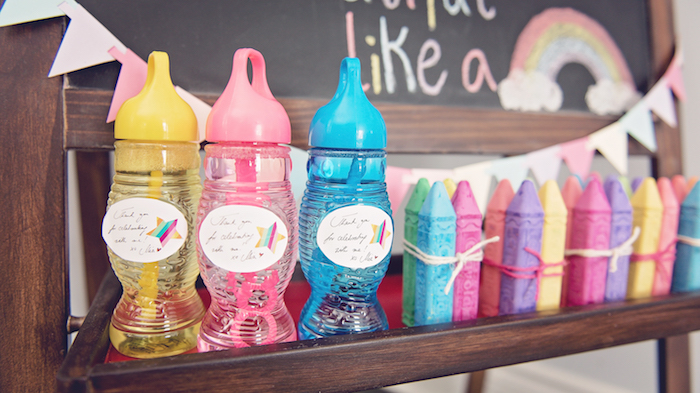 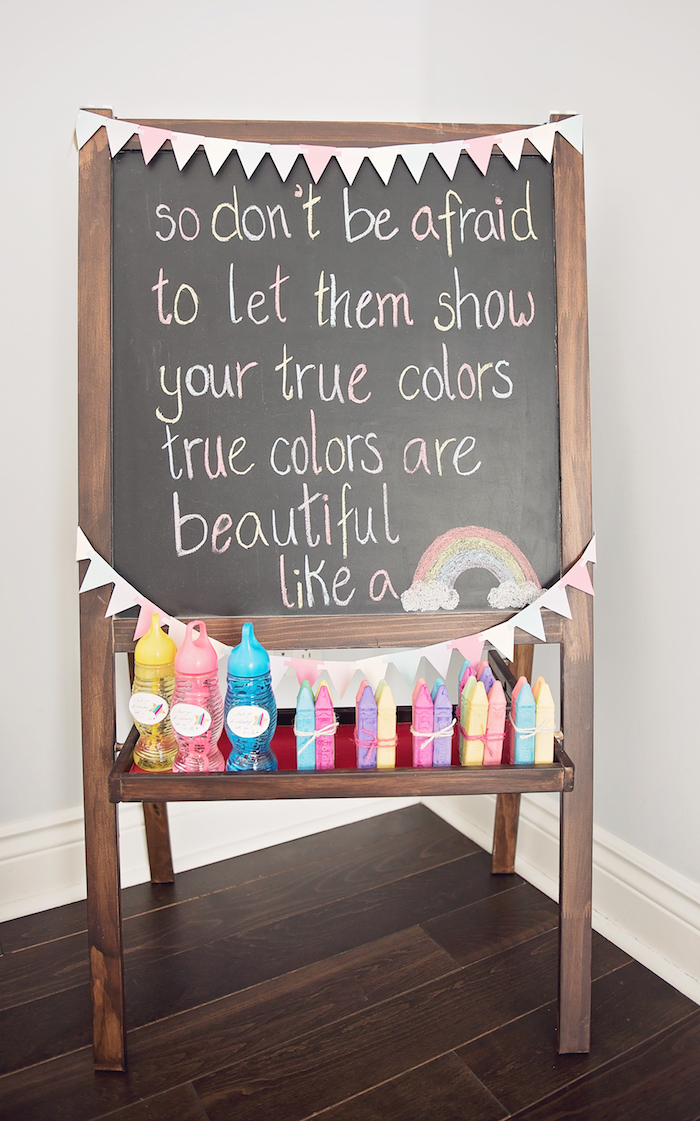 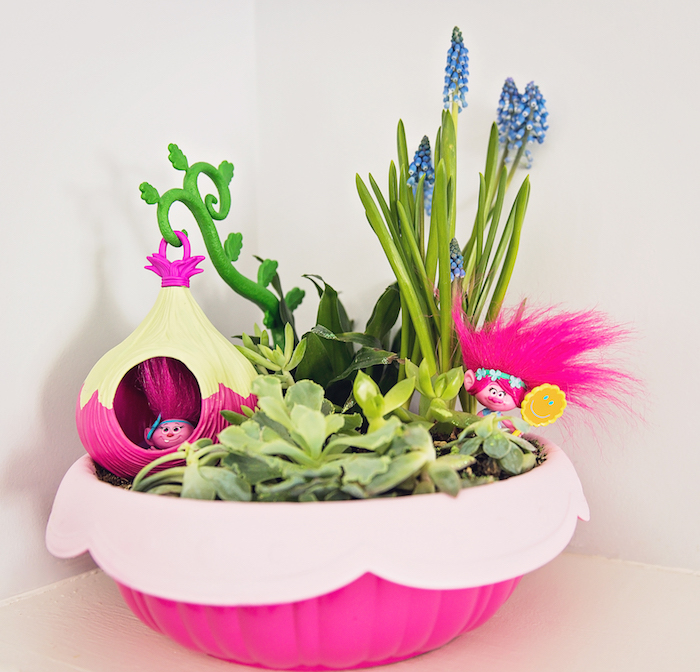 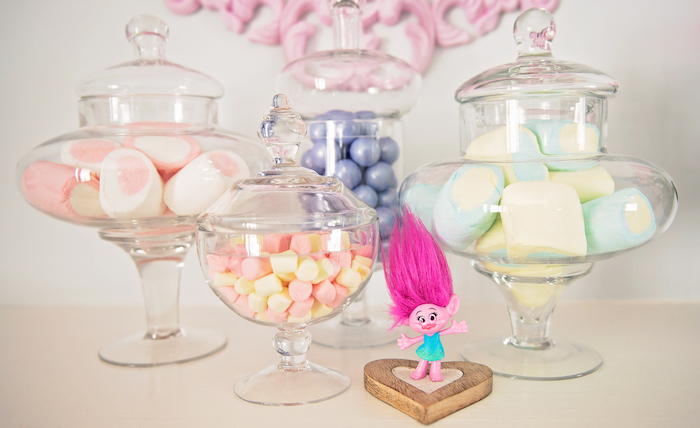 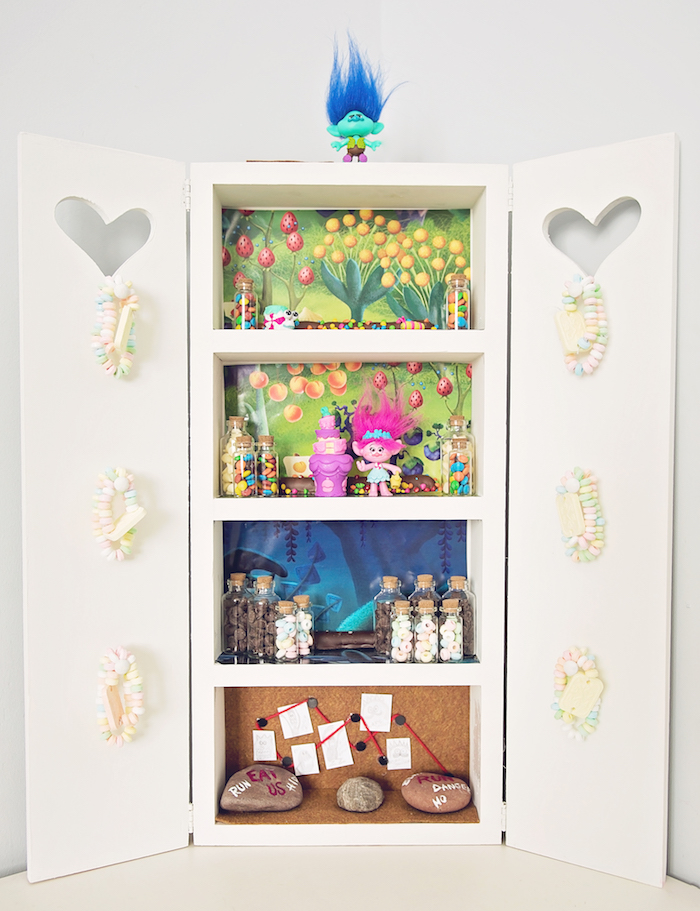 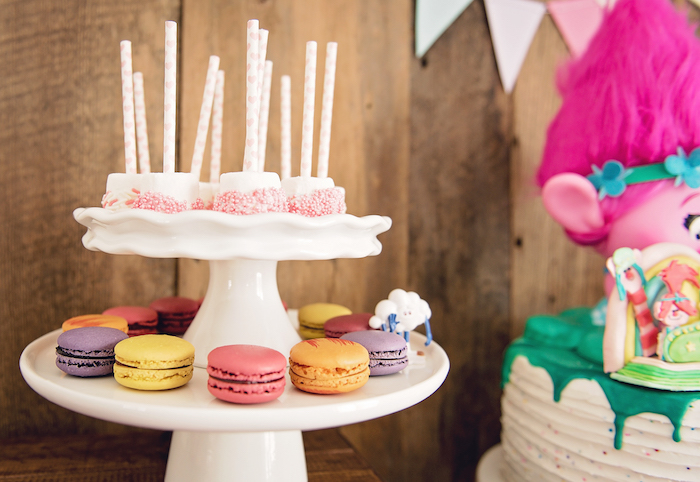 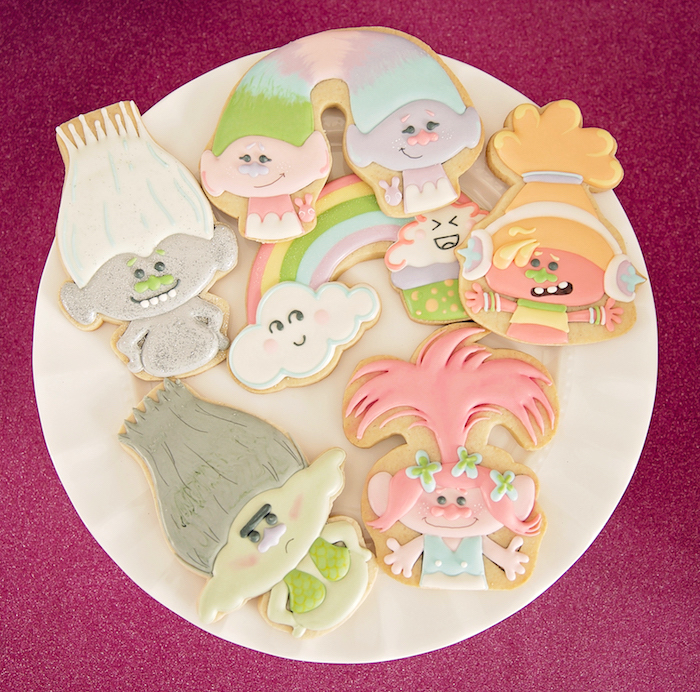 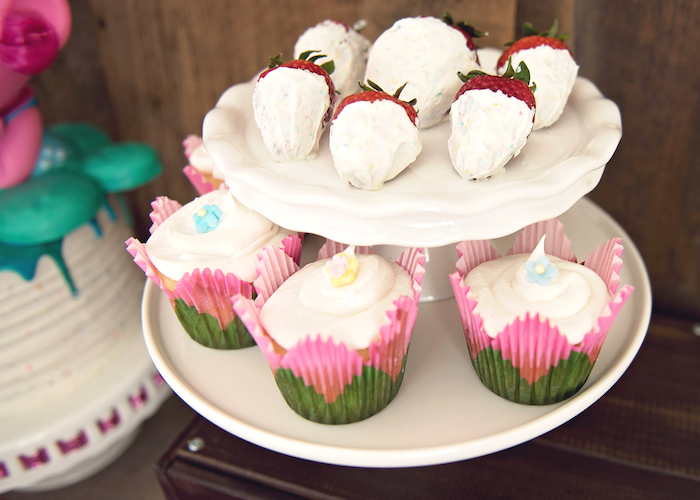 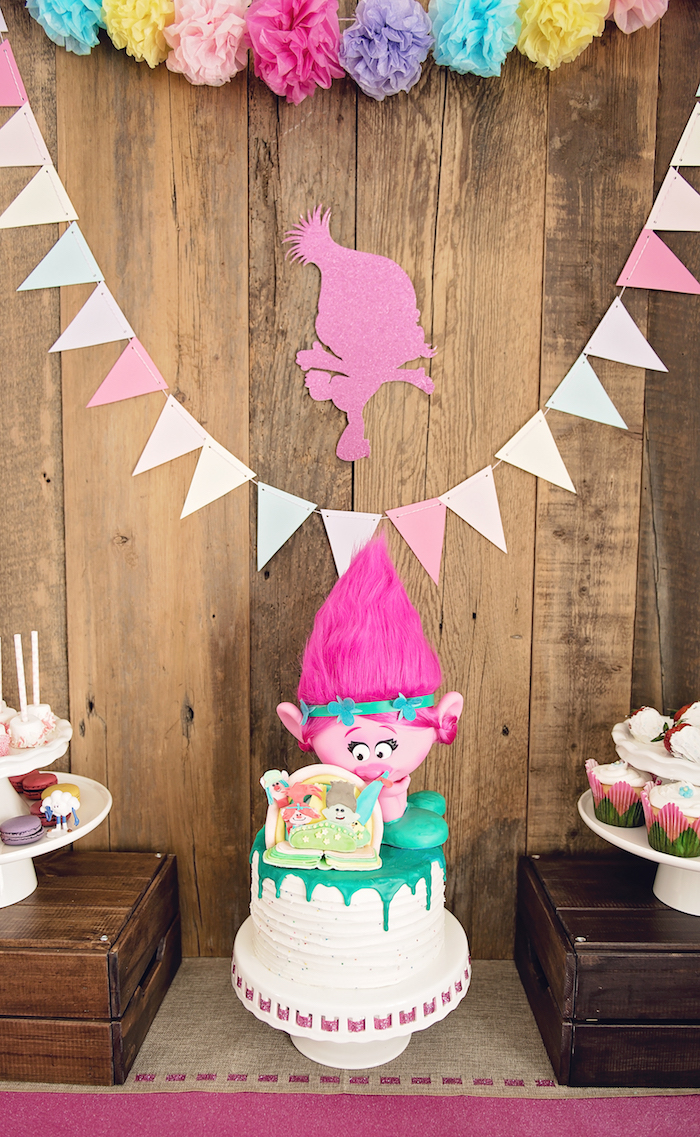 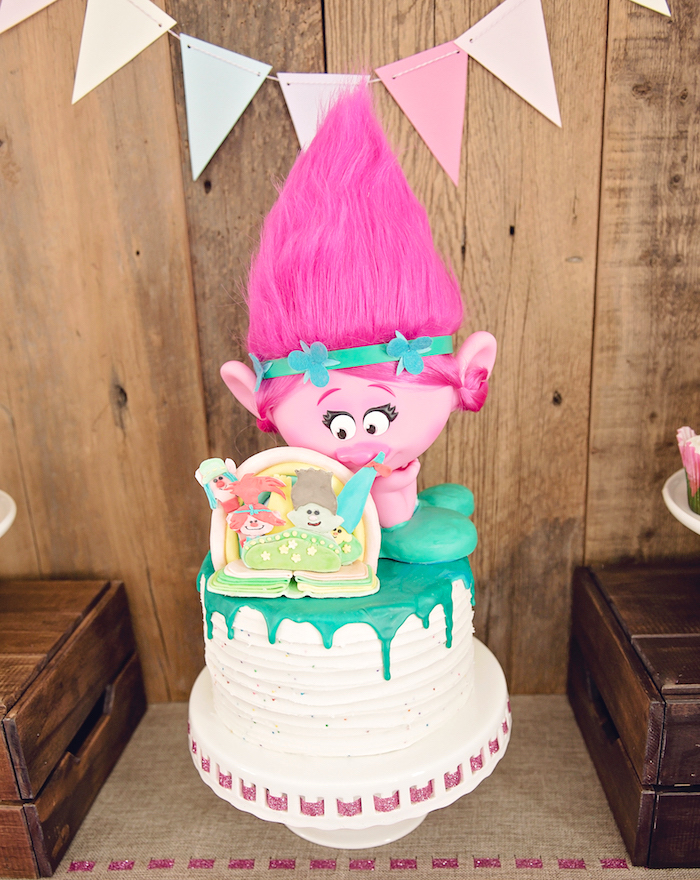 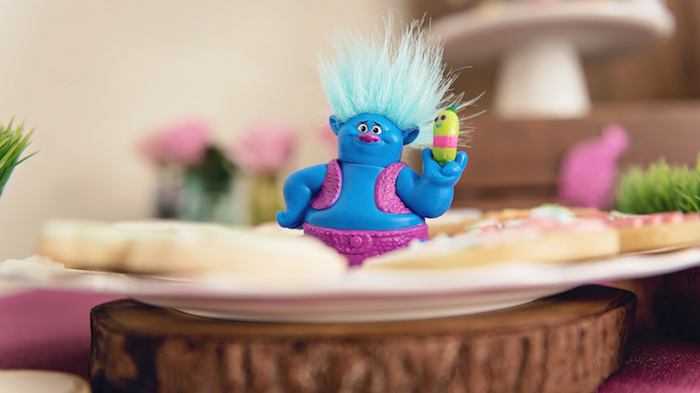 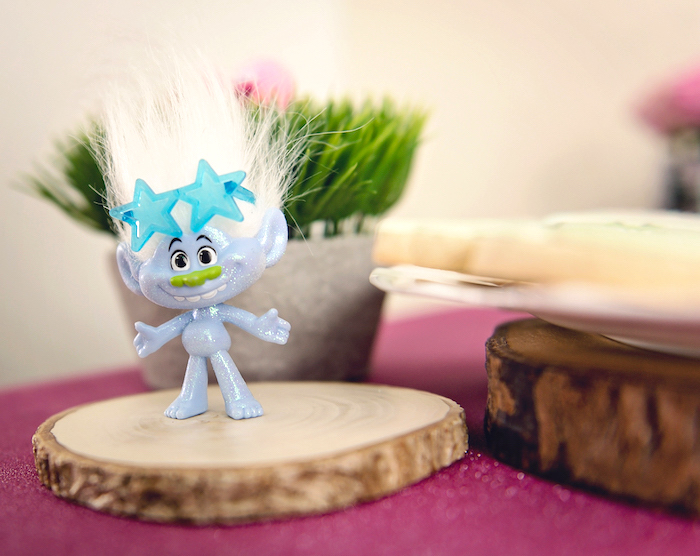 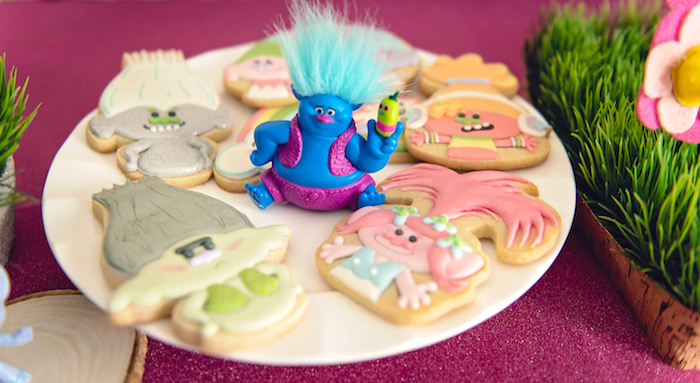 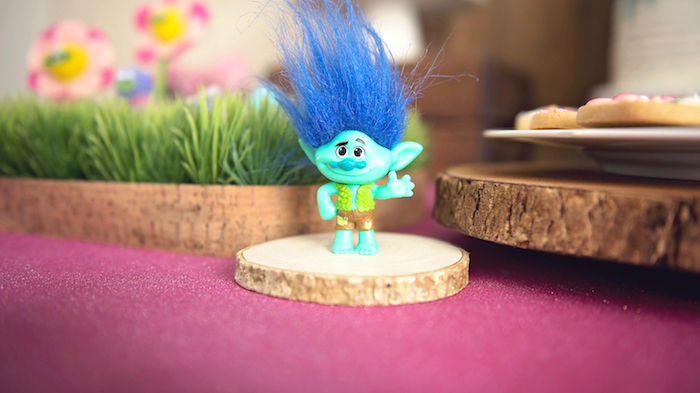 This is what Tanja shared about the party- “Since I always have several small parties for my kids instead of one big one, I decided to have a photographer take some photos at Mia’s next party. Thanks again for taking the time to have a look at my party photos.

Here is the Trolls Party that I put together for my daughter Mia’s seventh birthday. I had originally planned to do a Rainbows and Unicorns Party for her, but after we saw the movie Trolls I knew I had to change plans as our whole family loved the movie and the music sooo much.

Lucky for me I was able to incorporate rainbows into this party theme as well. I toned down the colours a bit by going with pastel versions of the vibrant colours found in the movie.

I included as many elements of the movie in the party as I could. One of my daughter’s favourite scenes is the scrapbooking one, but I couldn’t find anyone who was willing to create the scene as a cake topper in 3D. Hence I went ahead and made it myself using gum paste which was a first for me.

We love the bunker scene, so I turned a little cabinet into Branch’s bunker with lots of little glass bottles filled with candy and chocolates. A bird cage served to hold the birthday cards. The scene I tried to recreate here was the one where the Trolls were held captive by the Bergen after Creek had sold them out to save his own skin.

As a craft, Mia and her friends painted Lady Glittersparkles on canvas.

The kids also really enjoyed the scavenger hunt they did around the house.The goal was to get to the Trolls before the Bergens would.

The game ended in the basement where the girls had a little dance party, singing and dancing to Trolls songs.”