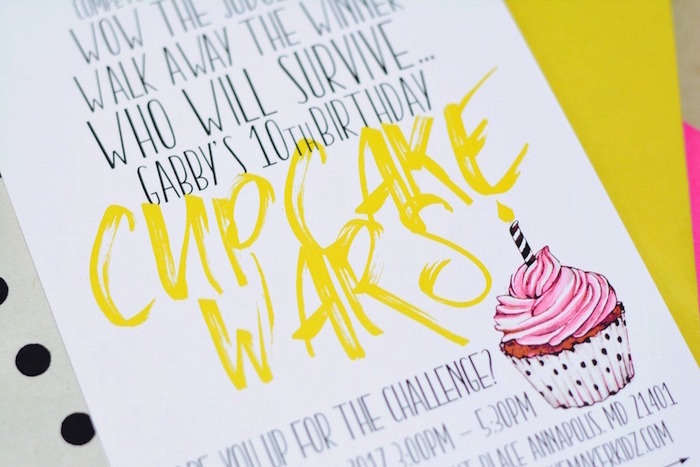 Can’t seem to get enough of the fun reality show that is Cupcake Wars?! If this seems like you, than you will love this darling little party by Amanda Crowner out of Annapolis/Maryland/US!

Styled with sweetness and blooms of gold this Cupcake Wars Birthday Party is for every girl, or so I am told!

So don your aprons and whip up the batter, this cupcake party is so scrumptious, you’ll want to eat the whole platter!

The party details I have to point out from this charming celebration, include: 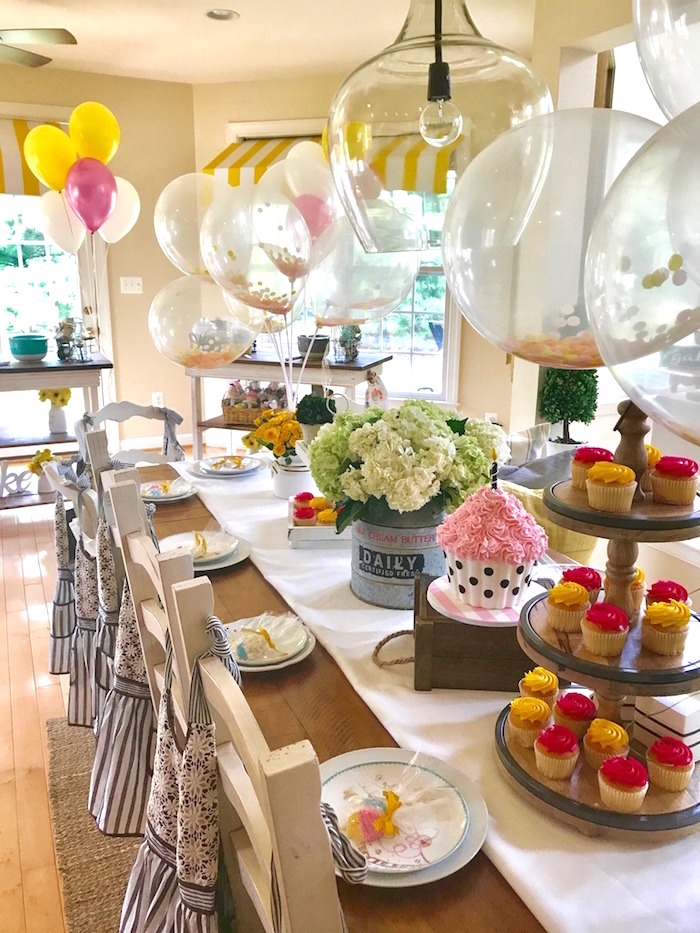 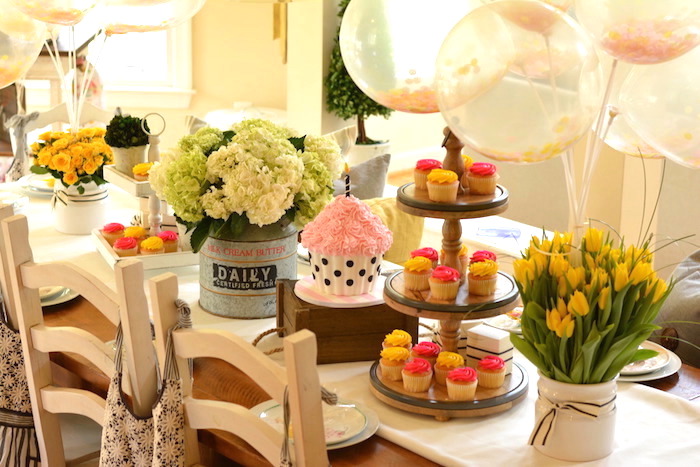 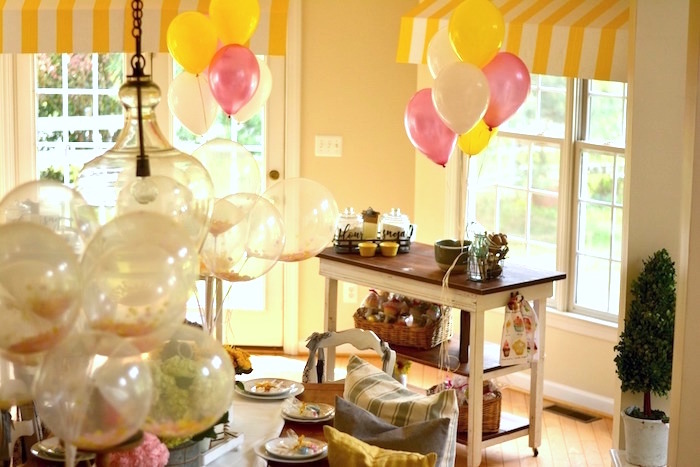 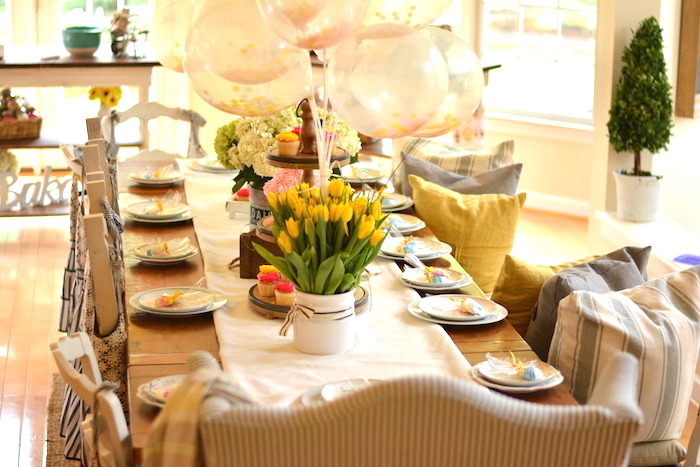 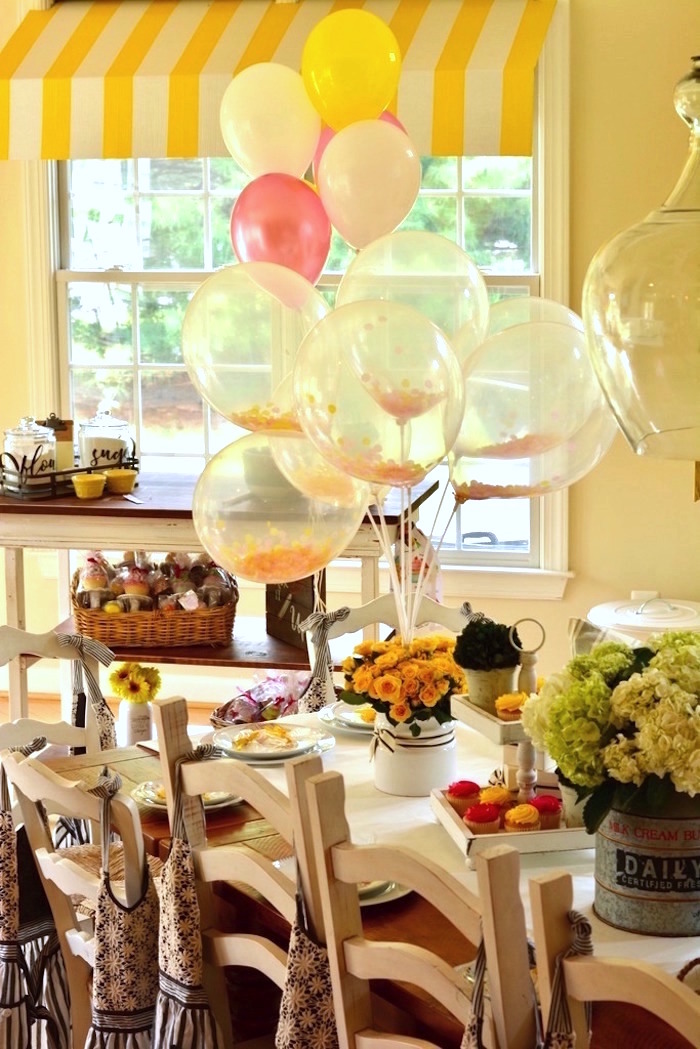 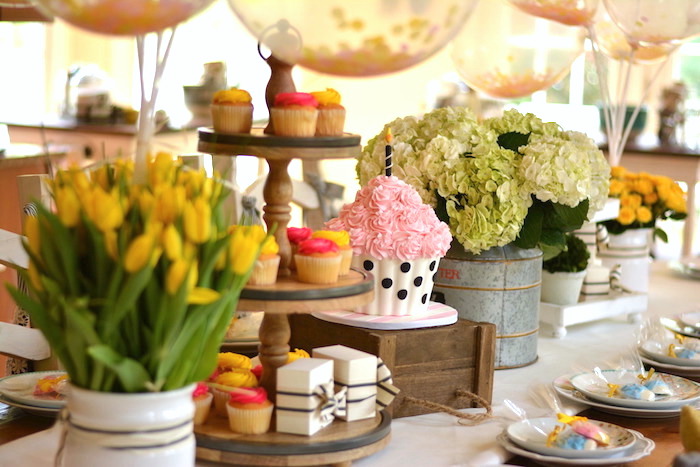 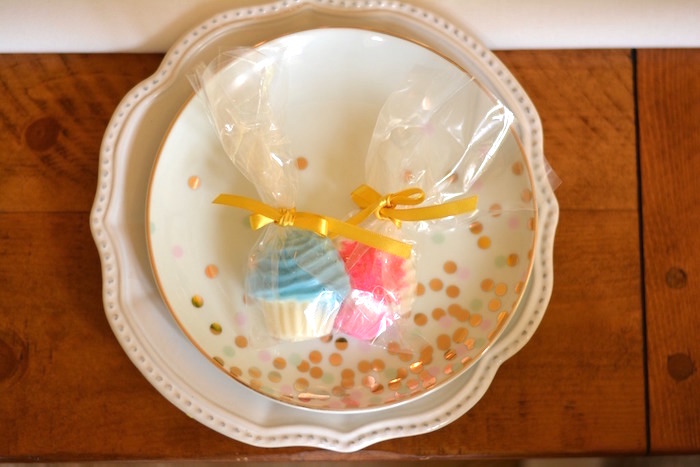 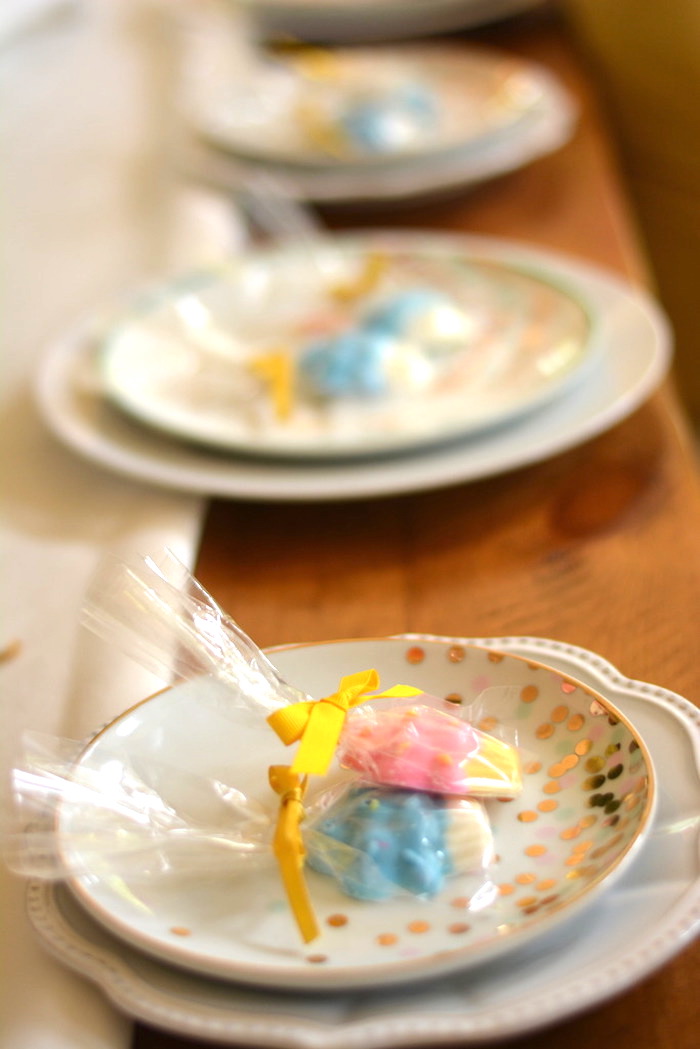 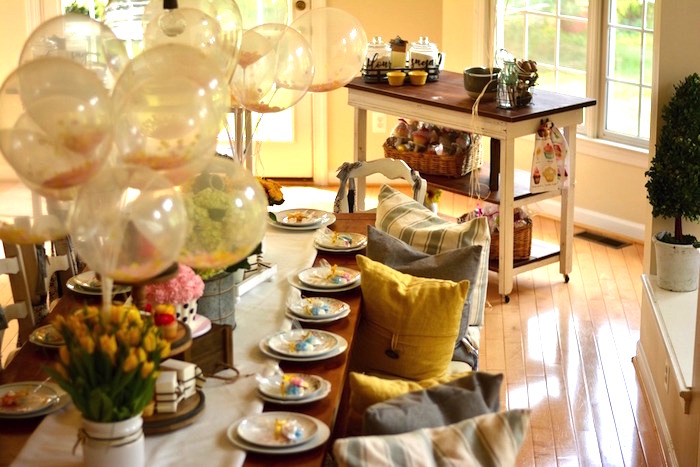 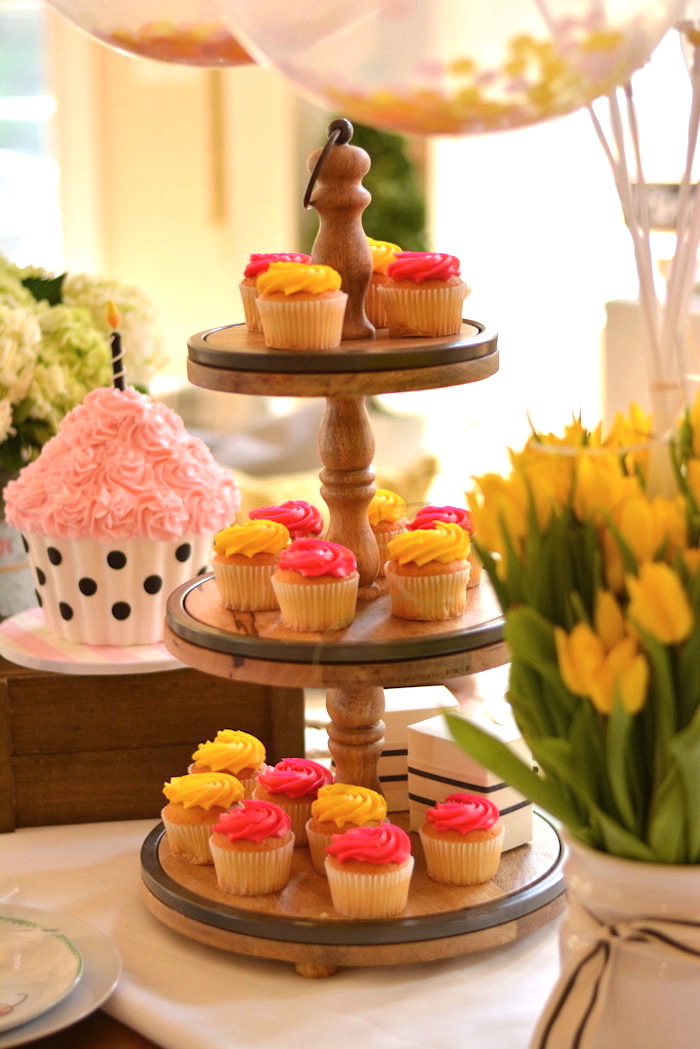 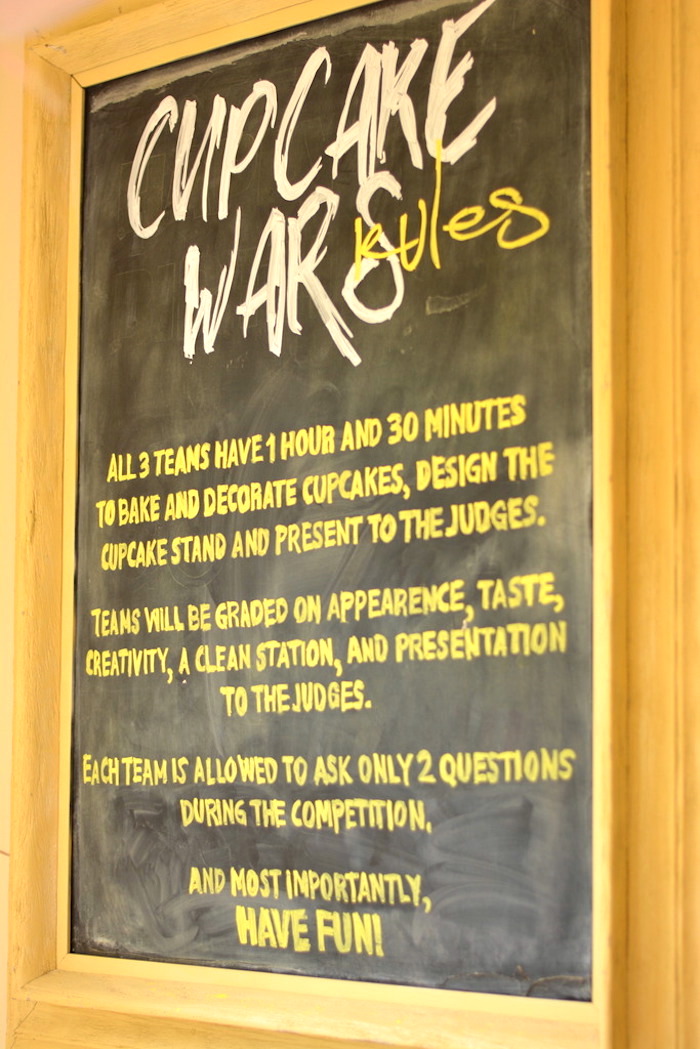 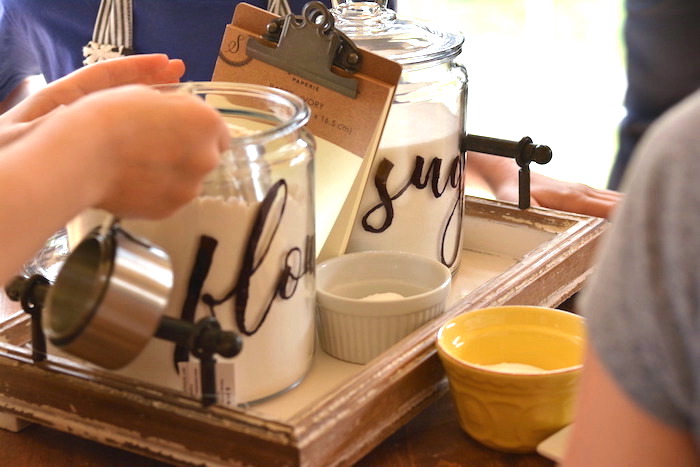 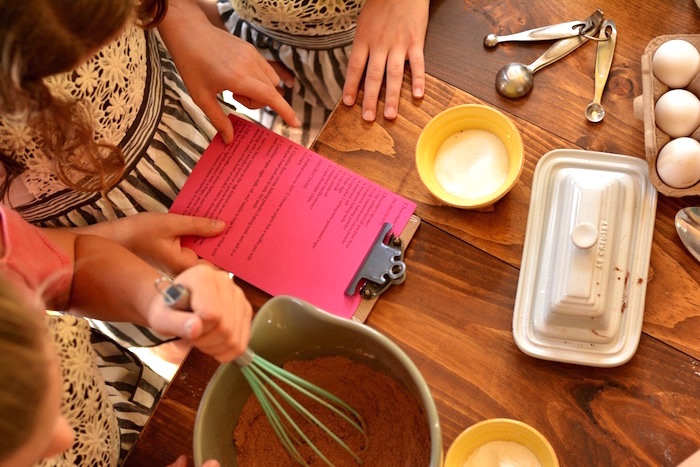 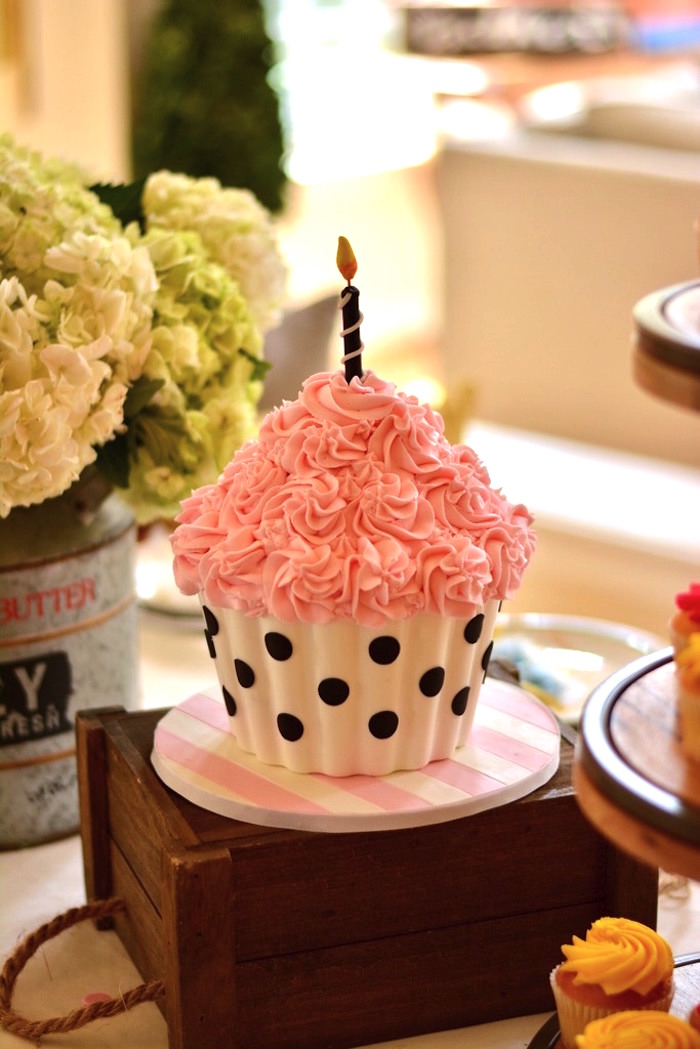 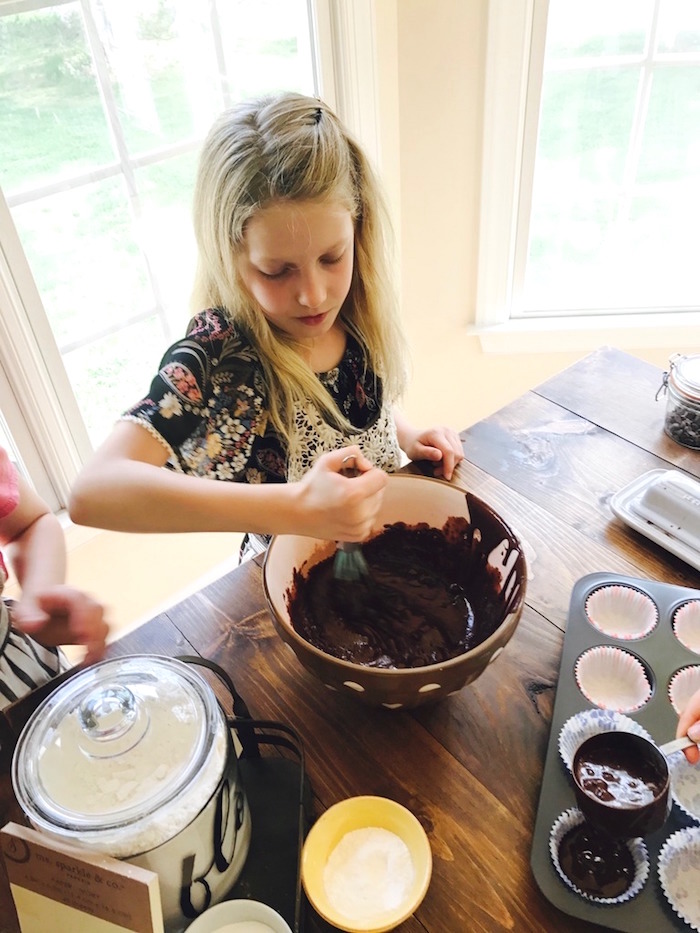 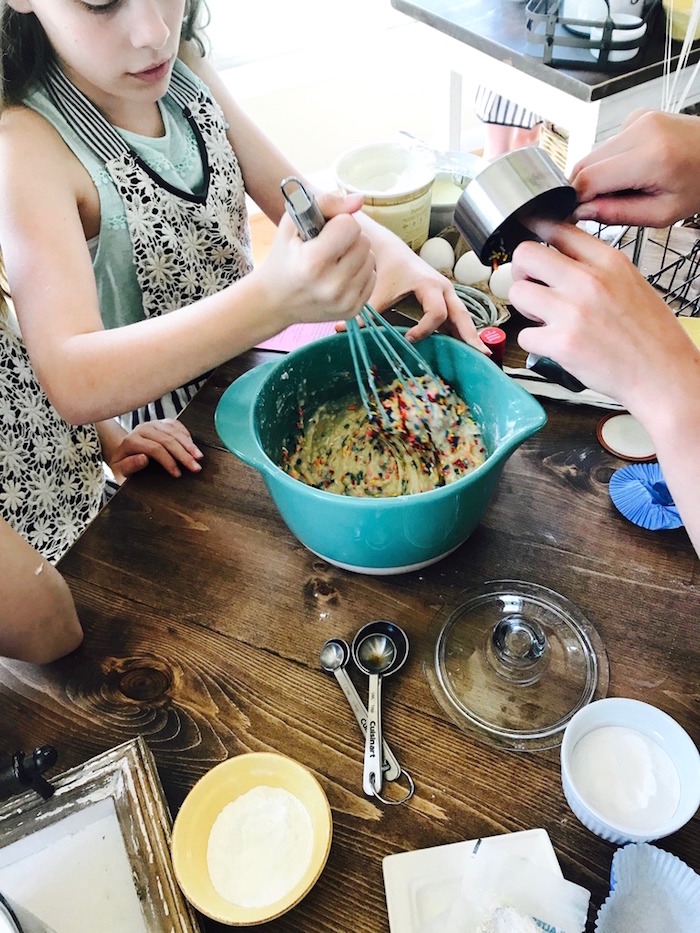 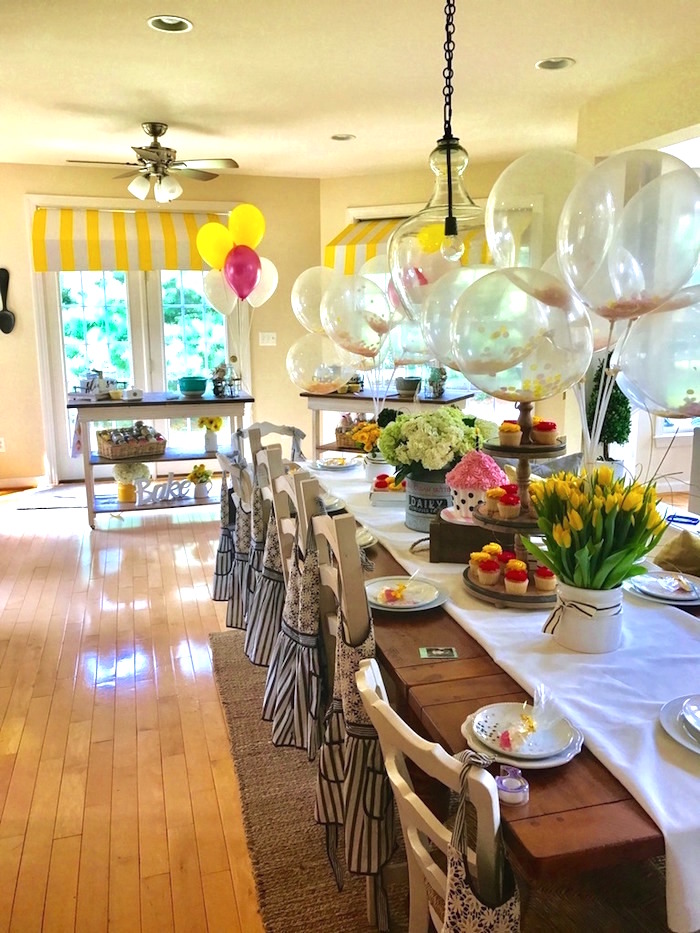 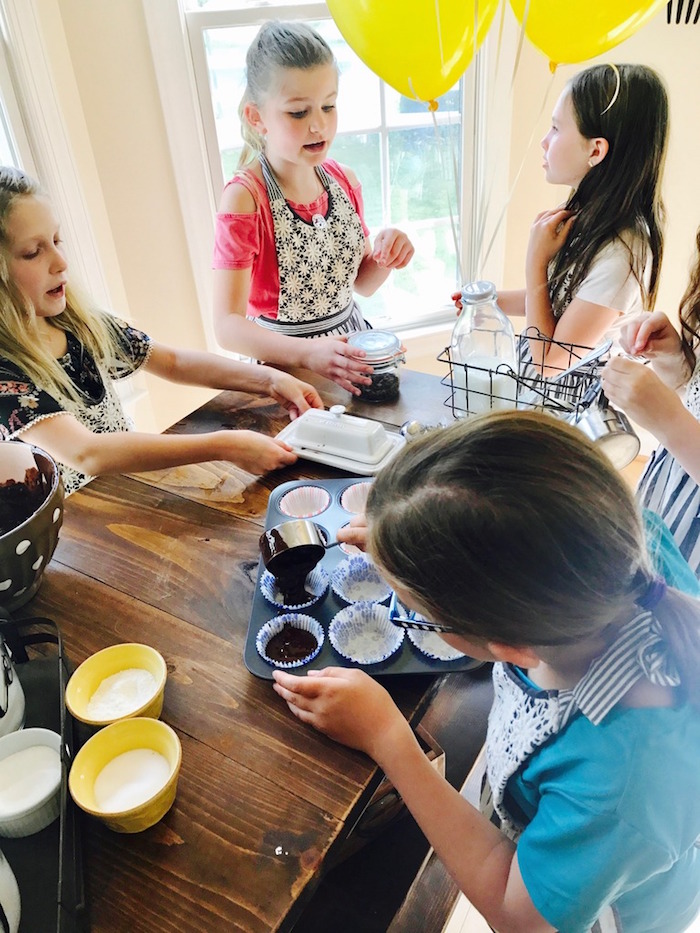 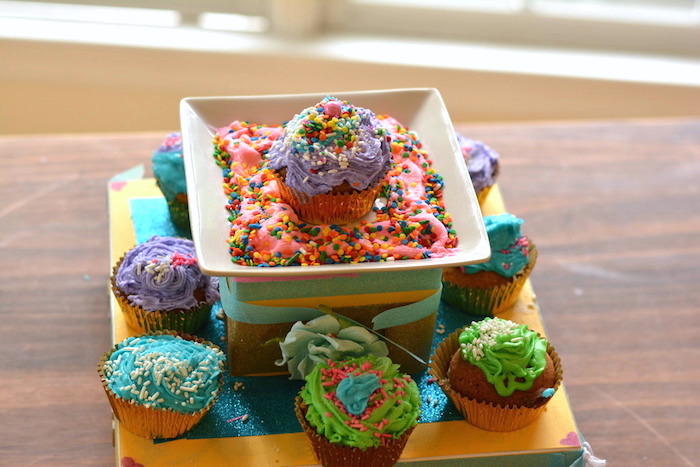 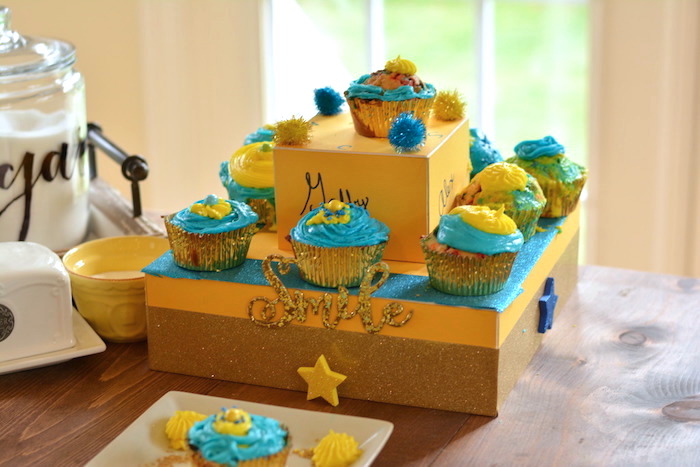 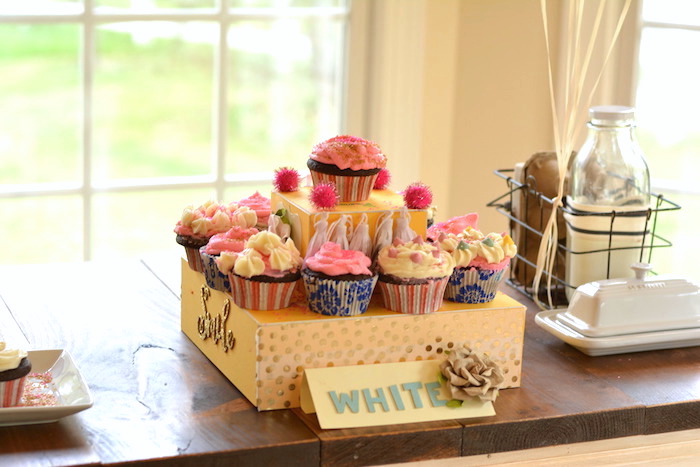 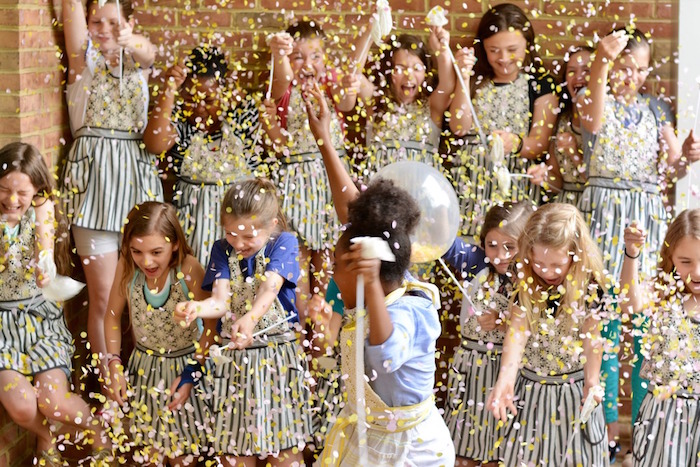 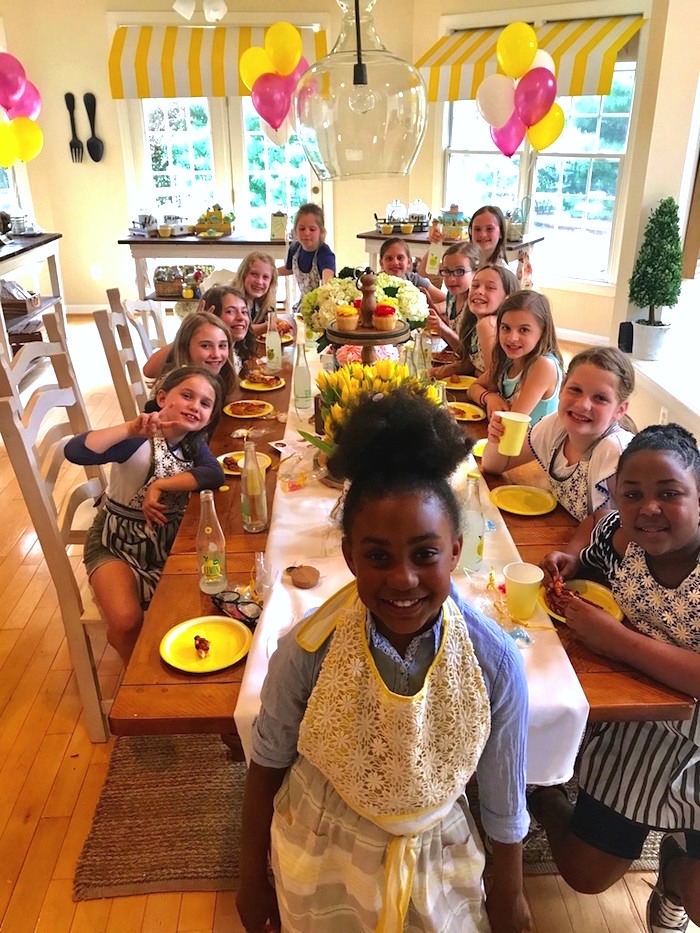 This is what Amanda said about styling the party- “My daughter wanted an extra special party this time around because she was turning double digits! Earlier in the year she attended a friend’s party who had a cooking theme and that’s all she could talk about. So we thought a cupcake baking party would be just right for her.

I started with the invitation and took elements from a cupcake drawing I found on Pinterest. Then, I added a few special touches (like the sugar and flour jars), I labeled them with a sharpie and used a fun font. I also made some candy mini cupcakes using candy melts and a mold I found at a local craft store. A friend showed me how to make really cute awnings using project board and duct tape.

The cake was made by the super talented Patty More of Cakes by Patty More. At the end of the party I let the girls pop the confetti balloons. What good is a confetti filled balloon if you don’t pop it, right?! In the end, my daughter had a wonderful time with all of her friends. They made the most beautiful and delicious cupcakes that they’ll remember forever!”

See all of our food and baking party ideas here!