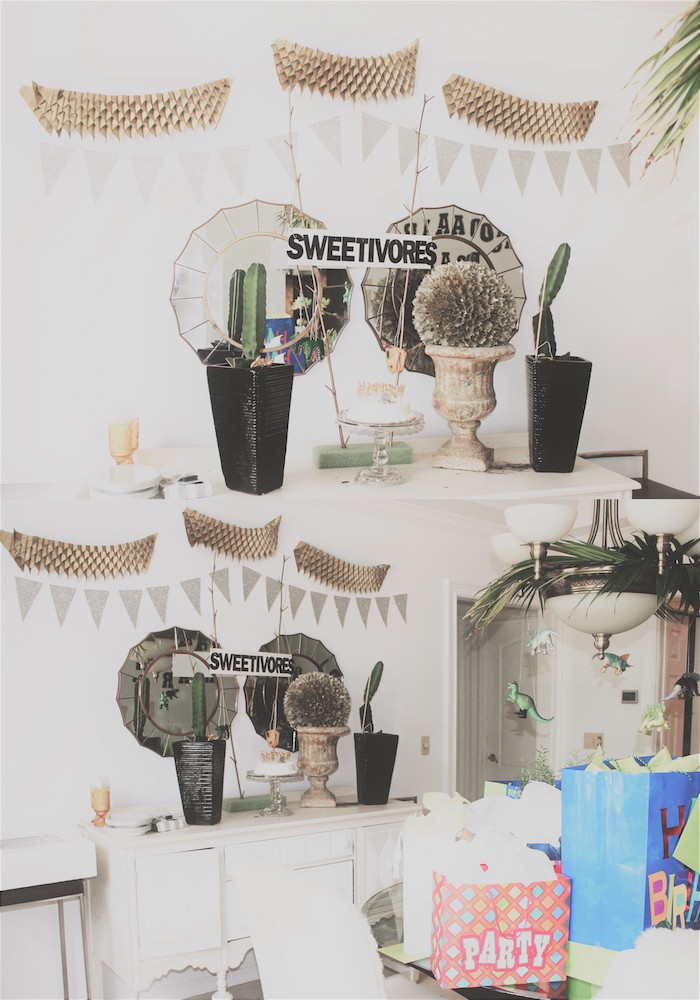 Looking for dinosaur party ideas so cute and clever? Check out this Rustic Dinosaur Birthday Party by Ashley Krogman out of Longwood/Florida/USA! It’ll have you tethered!

Filled to the top with awesome Dino decor; this first birthday party will make you roar!

While stomping over this darling event, be sure to spot the following details: 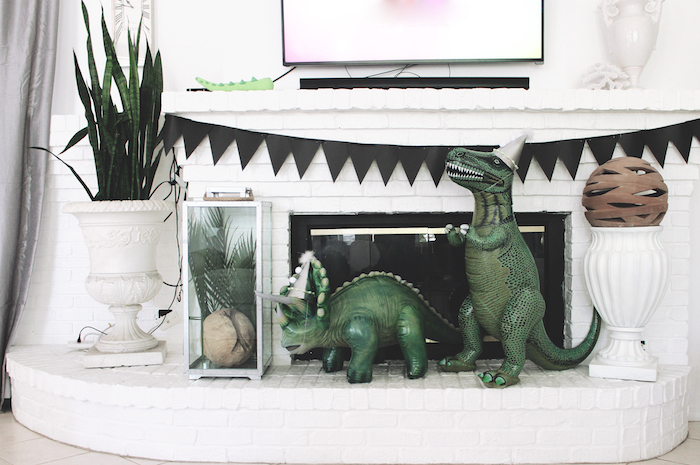 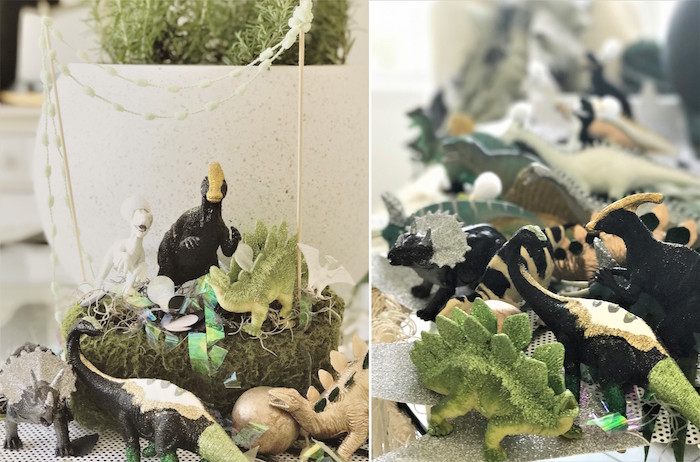 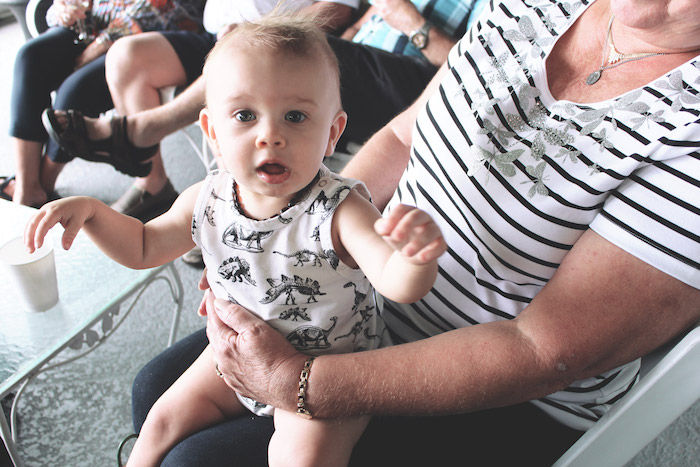 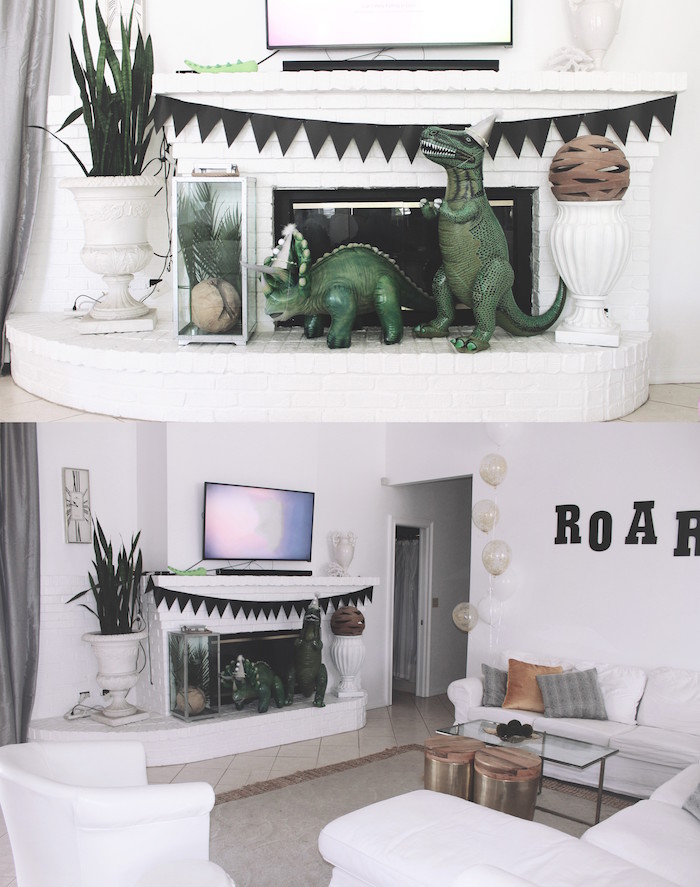 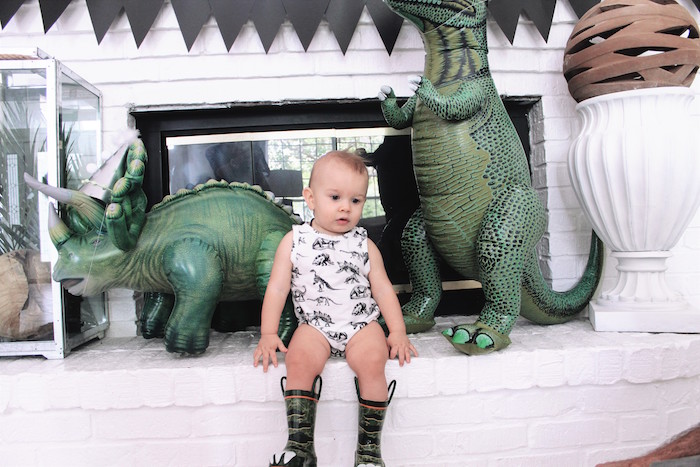 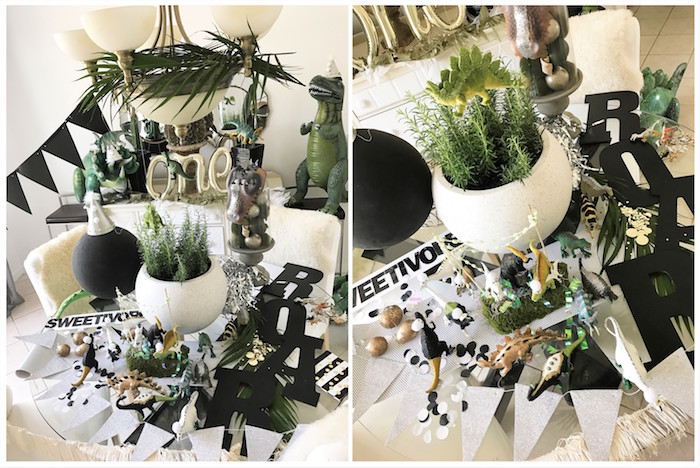 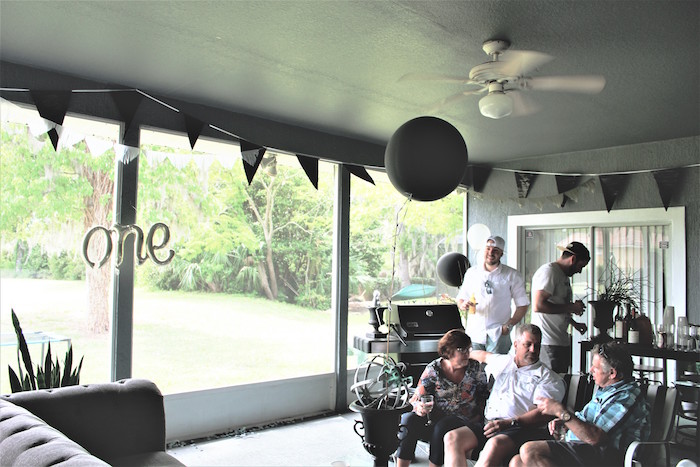 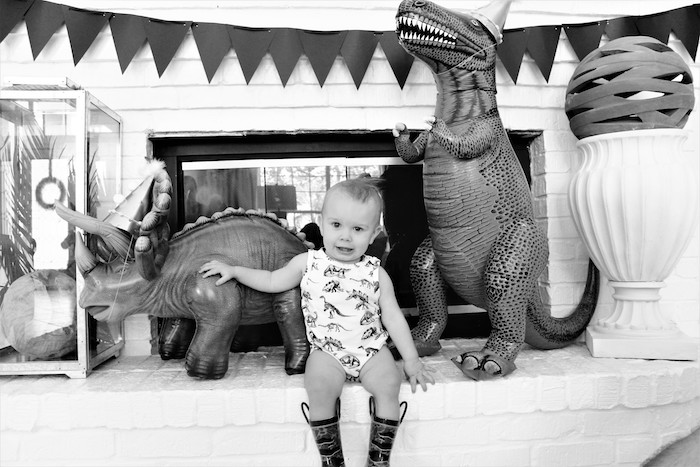 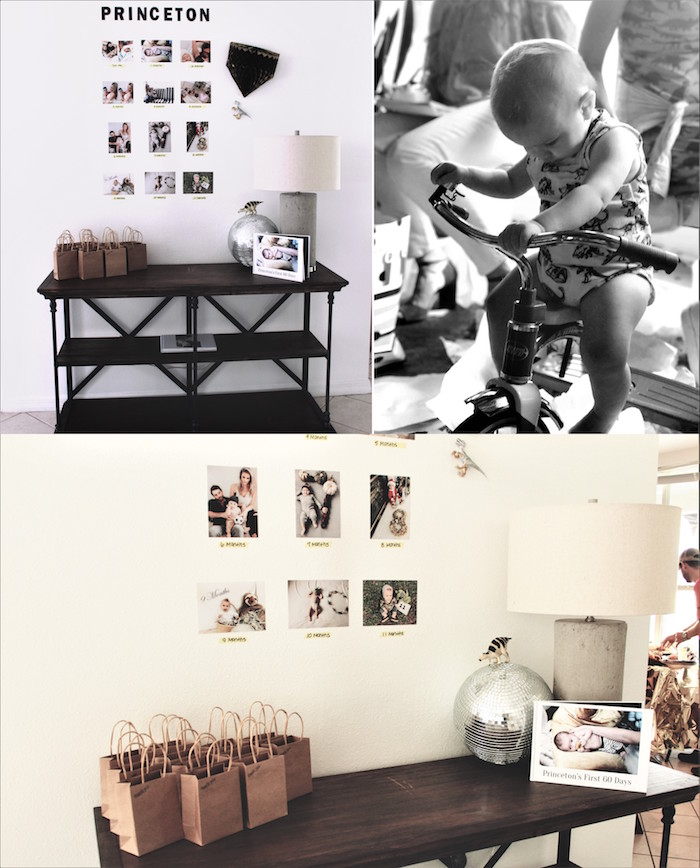 This is what Ashley shared about the party- “The party theme I chose for my son’s first birthday was a “Magical Dinosaur” theme. I chose this theme because I had always had that theme in mind for a little boy’s party even before I was ever pregnant! I just felt there were so many fun, creative things you could do with this theme!

I was able to come up with the decor affordably between The Dollar Store, Amazon, and a few other places. I bought affordable plastic dinosaurs and spray painted them all at once, and then added some colorful glitter to them to bring in the “magical” part of the theme. Also, I made a few mini party hats out of construction paper and white pom poms (items that I already had), and placed on some of the dinosaurs heads! My goal was to use as much of what I already had in my home from other events/parties, so that I would not have to buy too much decor!

For budget decor, I ordered a few foam floral boxes from Amazon, hot glued moss onto them from a tree we had in our backyard, stuffed wooden food skewers into them and draped pale green pom pom trim between the skewers, and that became the foundation for the table centerpieces. Then, I added the dinosaurs and large confetti onto the floral boxes. I used white and black polka dot wrapping paper as table runners, and then added palm leaves down the length of the tables and in the middle I placed the moss covered floral box with the dinosaurs (on each table).

Additionally, I tried to place the dinosaurs all throughout the main party areas. I hung glittery dinosaurs at different lengths from our dining room chandelier, which was a fun touch! I decorated large plain party hats to set around and also to place on the three large blow up dinosaurs I ordered from Amazon. To round it out, I also found some large wooden letters that were on sale at Walmart that spelled out ROAR and we hung those on the living room wall inside.

I created a 12 month photo visual on one of the entry way walls and just used double sided tape and printed out month by month photos of Princeton’s first 12 months…I got the most compliments on that wall display! To fill in the rest of the decor, I used a sliver glitter pendant banner, a gold “Happy Birthday” banner, silver streamers, gold and white fringe to drape, a large black pendant banner, and a gold, cursive “one” balloon.

I created signs for the food table that read “Herbivore”, and “Carnivore”, and for the cake table we made a “Sweetivore” sign!

The decor items I purchased for this party were from Hobby Lobby, Amazon, Walmart, and Oriental Trading.

Princeton’s black and white dinosaur onesie and his dinosaur rubber rain boots were both from Amazon as well.”