The only thing that is keeping us from experiencing the “end of summer blues” is the fact that there is a new animated adventure from the Warner Bros. Pictures’ LEGO® franchise. Yes, folks, it’s  “The LEGO NINJAGO Movie” in theaters this Friday (September 22)! The big screen NINJAGO adventure stars Dave Franco, Justin Theroux, Fred Armisen, Abbi Jacobson, Olivia Munn, Kumail Nanjiani, Michael Peña, Zach Woods, and the legendary Jackie Chan.

The only thing that makes going to see the movie even better is throwing a LEGO NINJAGO Movie party! I am happy to partner with Warner Bros. Pictures to give you some inspiration for planning your own party. Just like the battle for NINJAGO City calls to action young Master Builder Lloyd, aka the Green Ninja, along with his friends, who are all secret ninja warriors, a NINJAGO party is the perfect way to gather your own group of LEGO-loving friends for some ninja warrior fun!

It was so fun to get my ninja creative juices flowing to style this party. Some of my favorite elements include the following:

Read on to see the whole party and think of us when you are watching the new, exciting LEGO NINJAGO Movie! 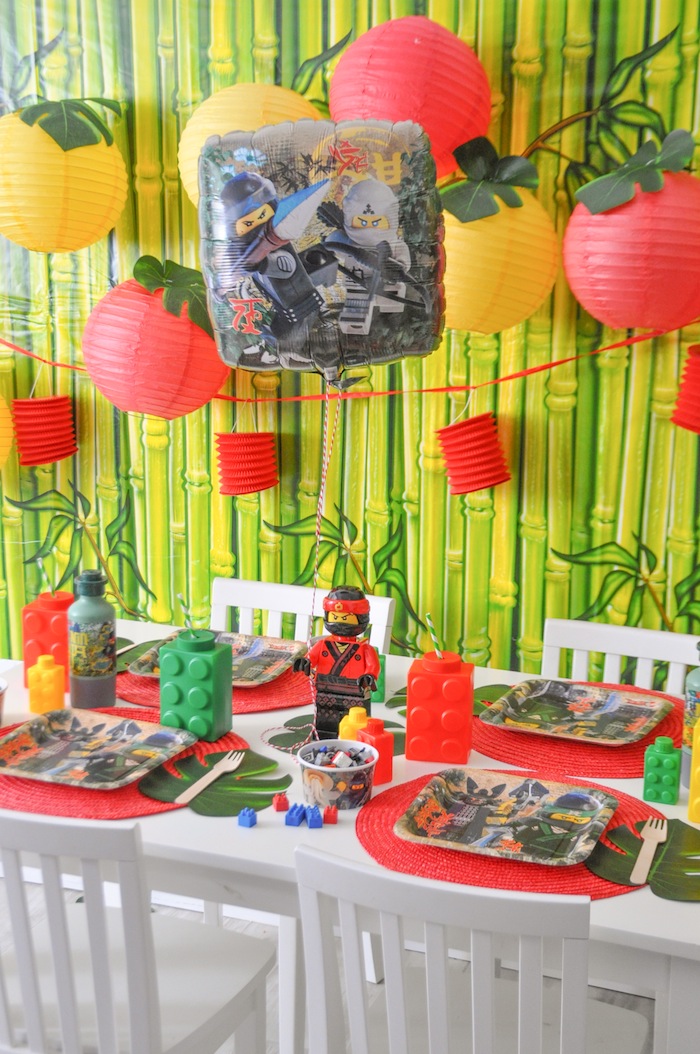 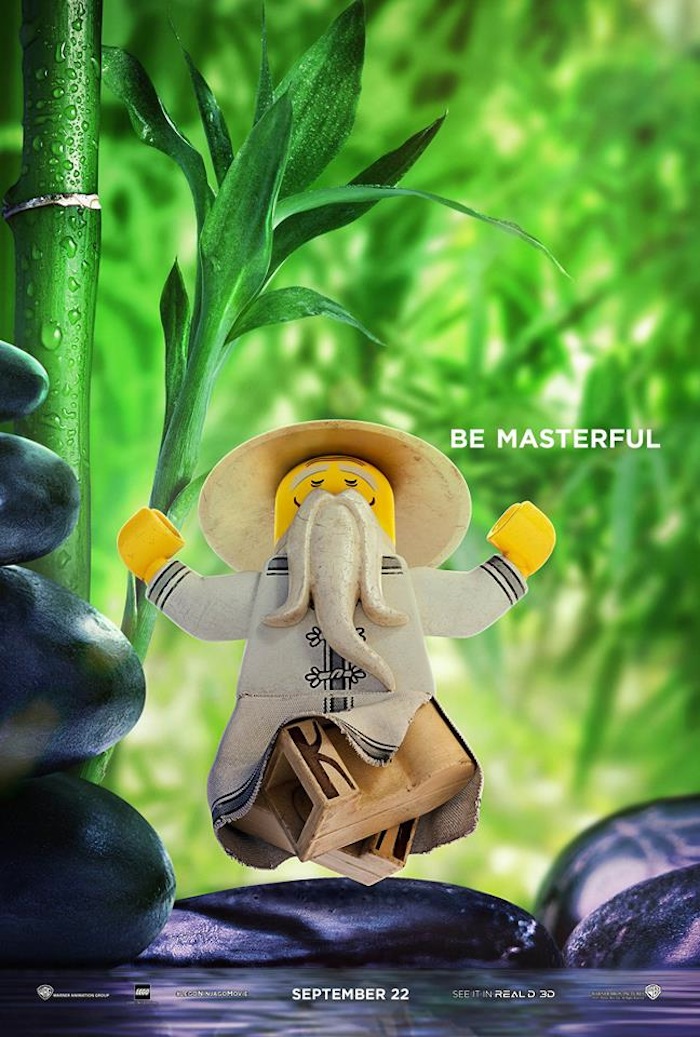 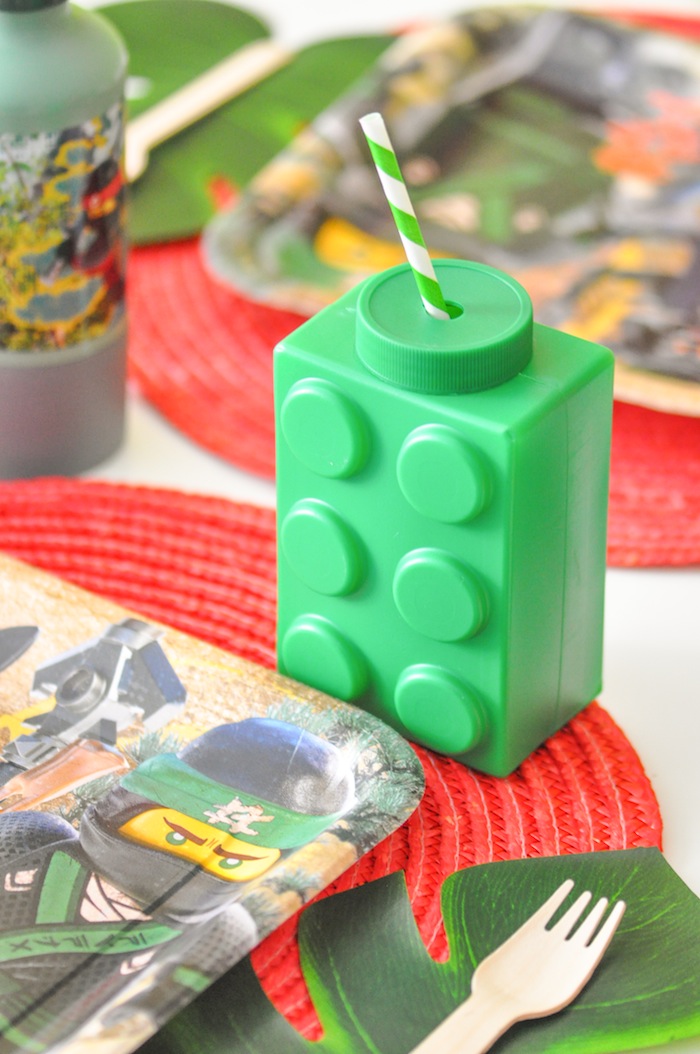 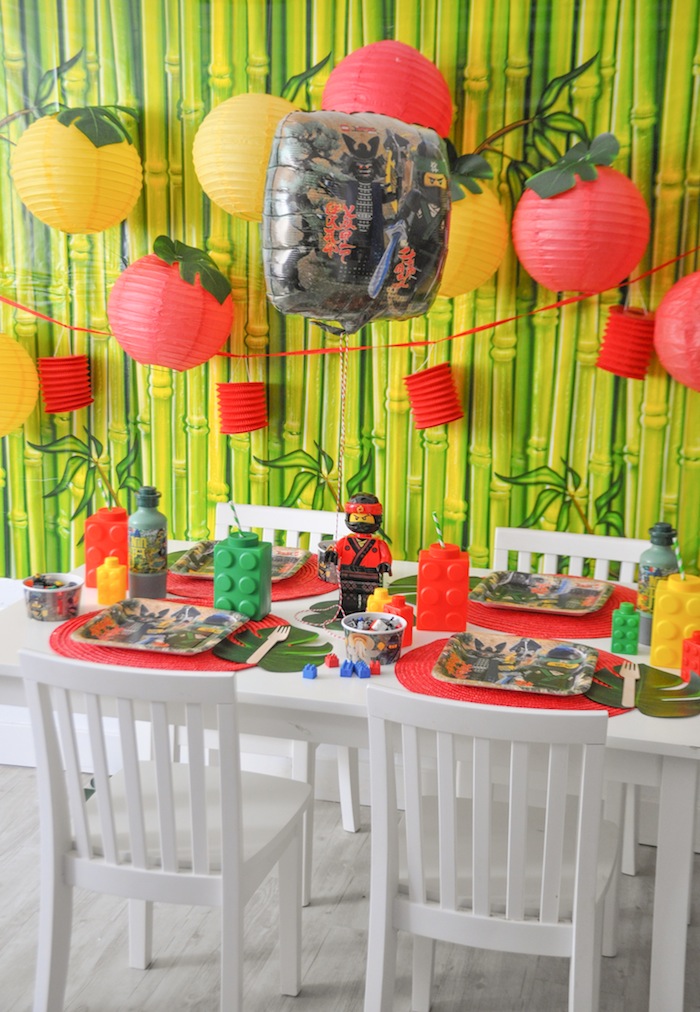 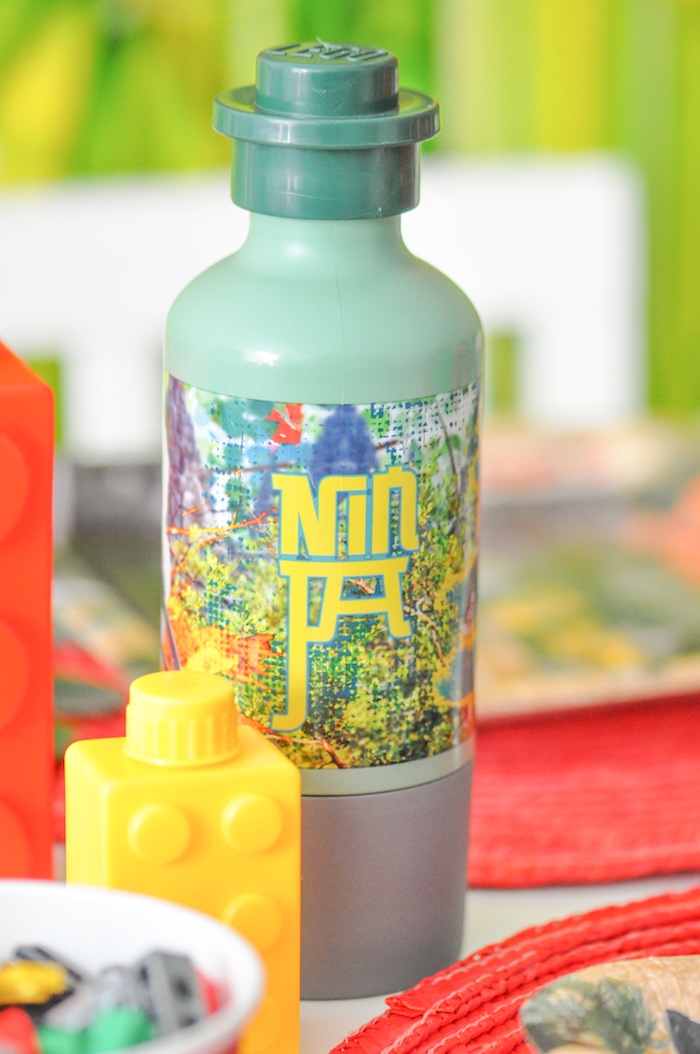 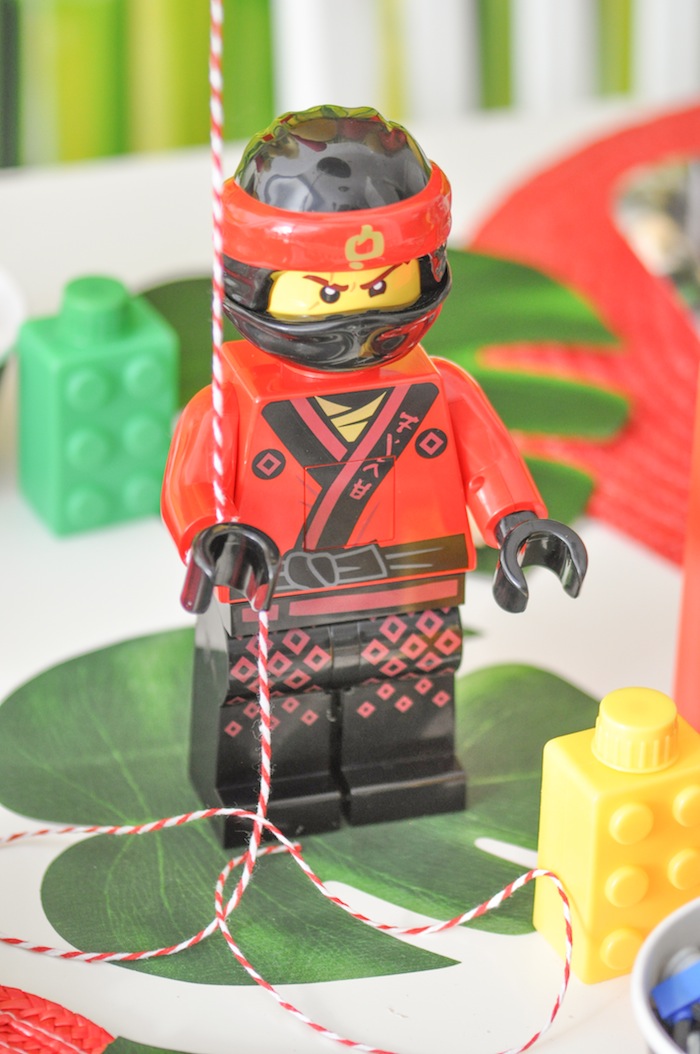 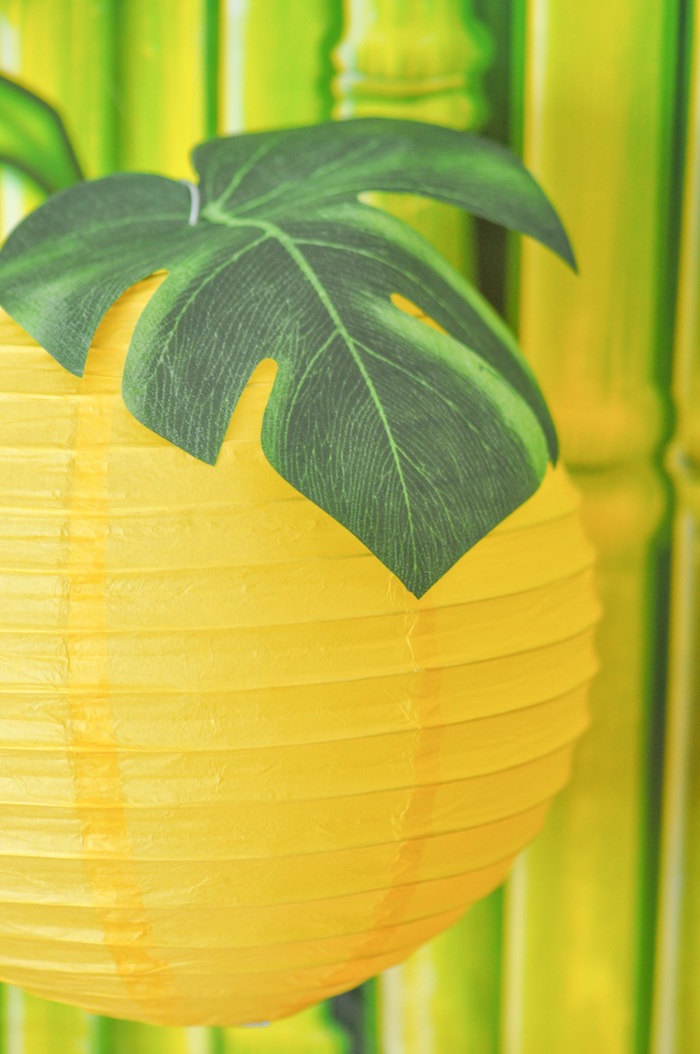 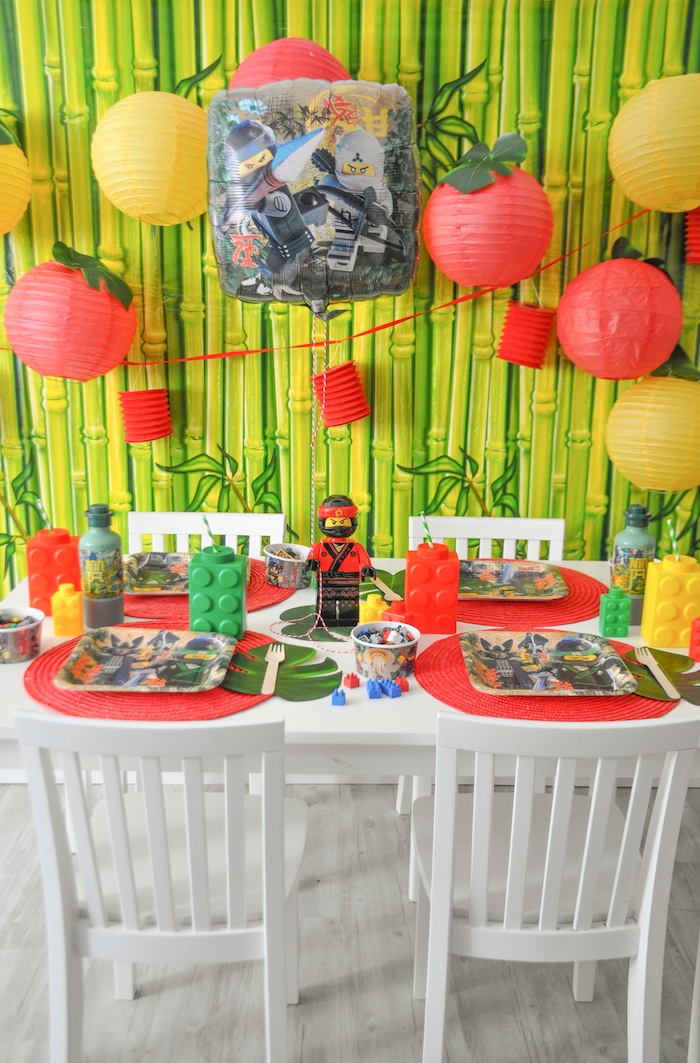 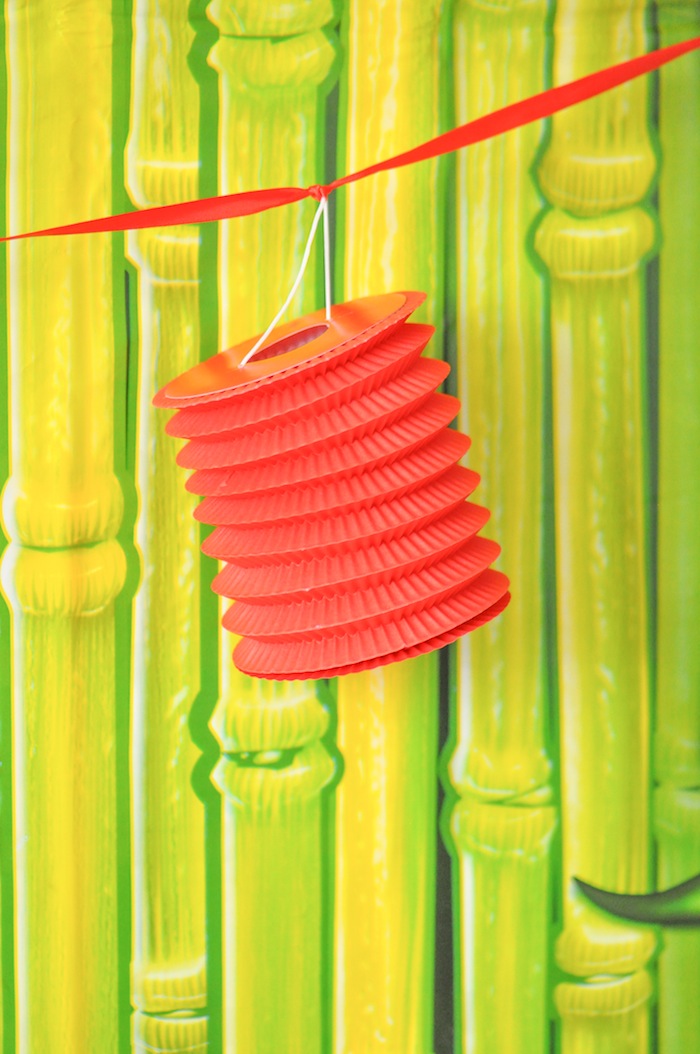 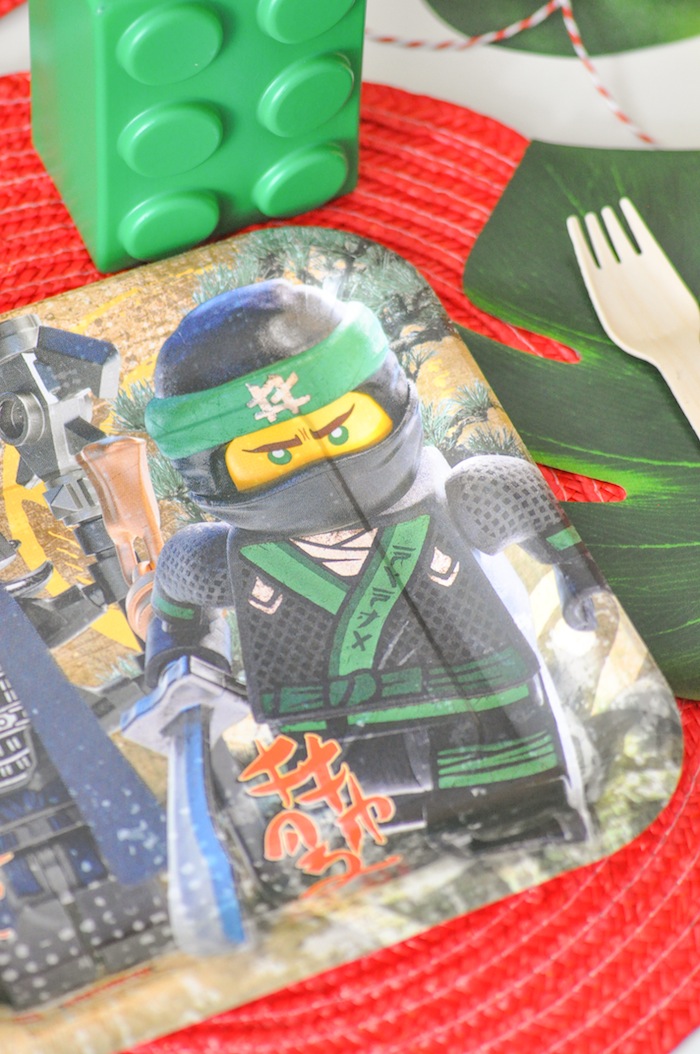 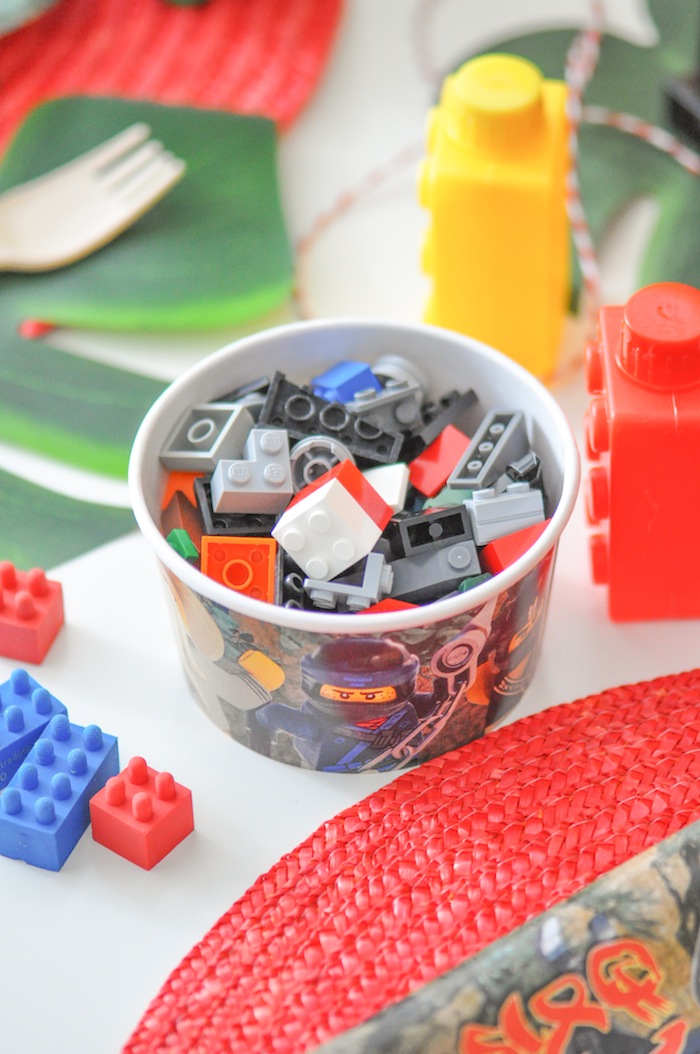 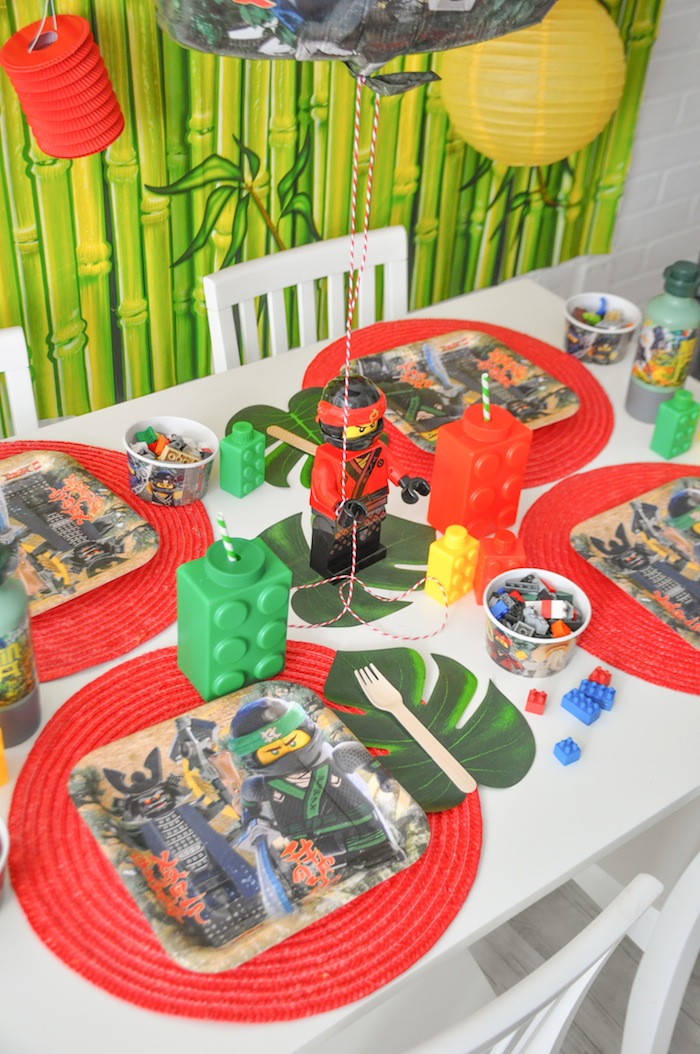 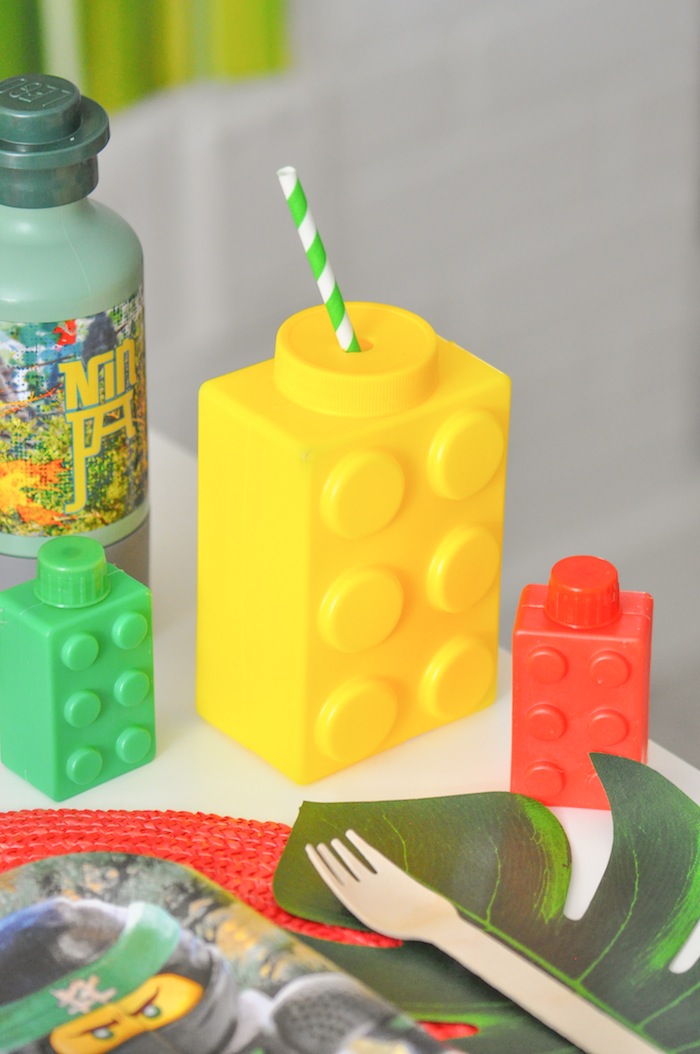 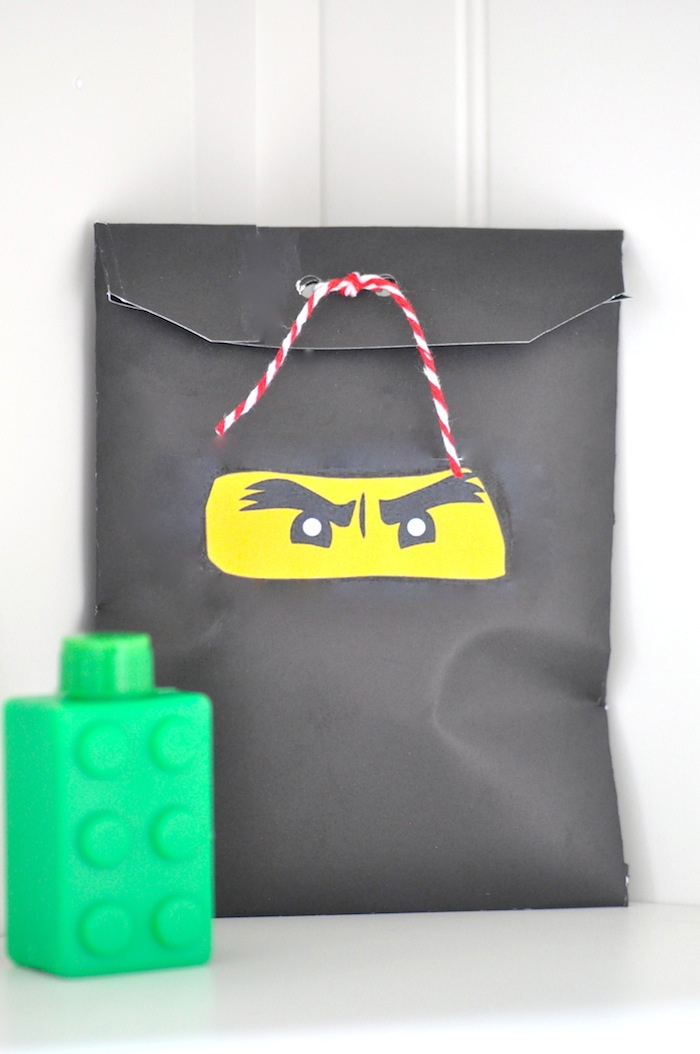 Make these adorable DIY LEGO NINJAGO Movie favor bags for your guests by following my tutorial below! 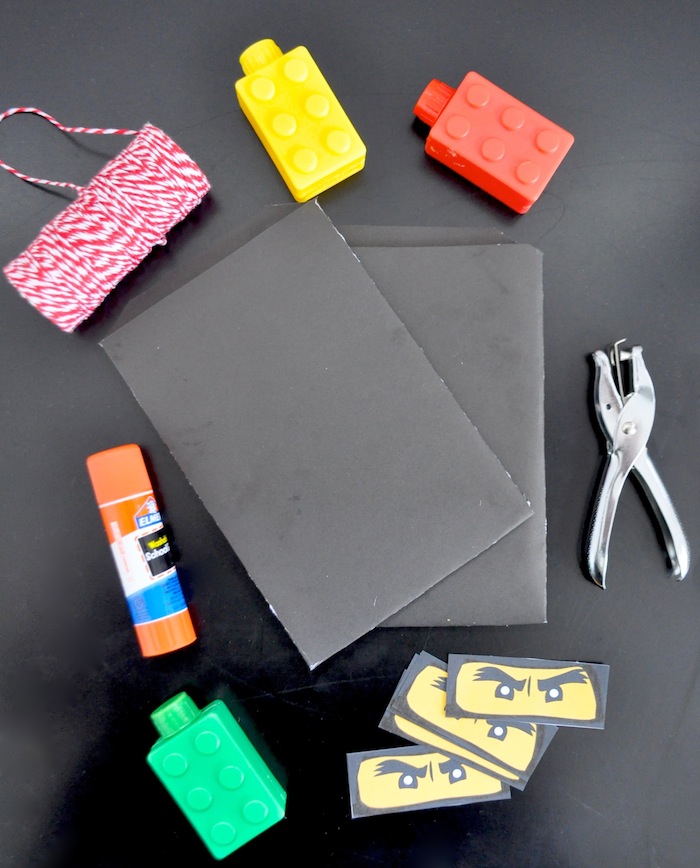 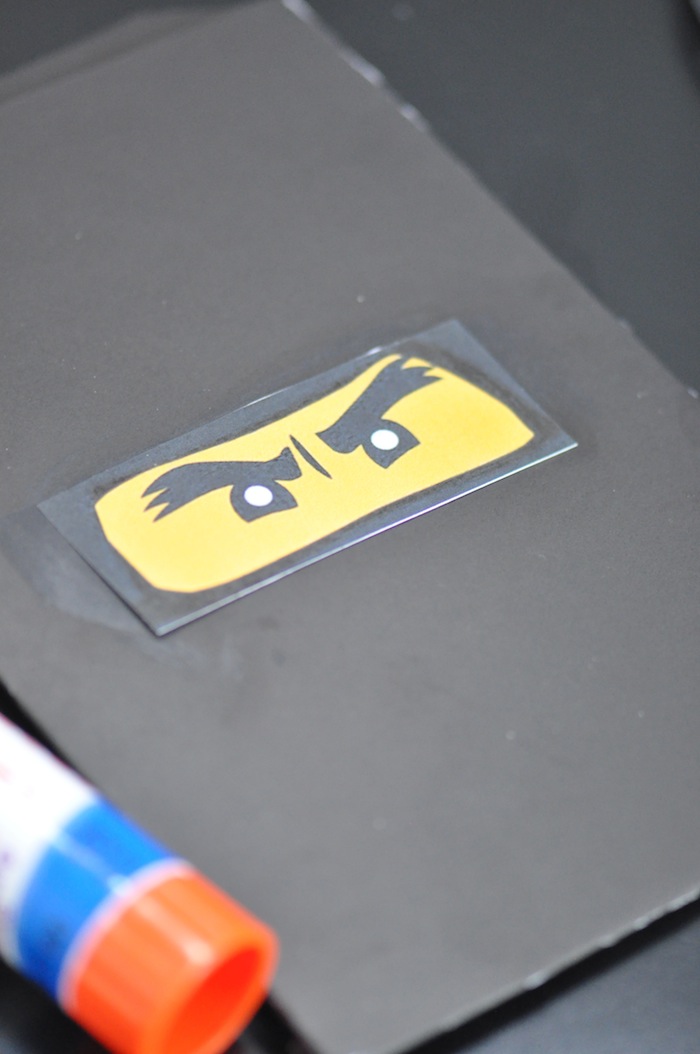 Step 2- Cut out LEGO NINJAGO eyes and glue to front of favor bag. 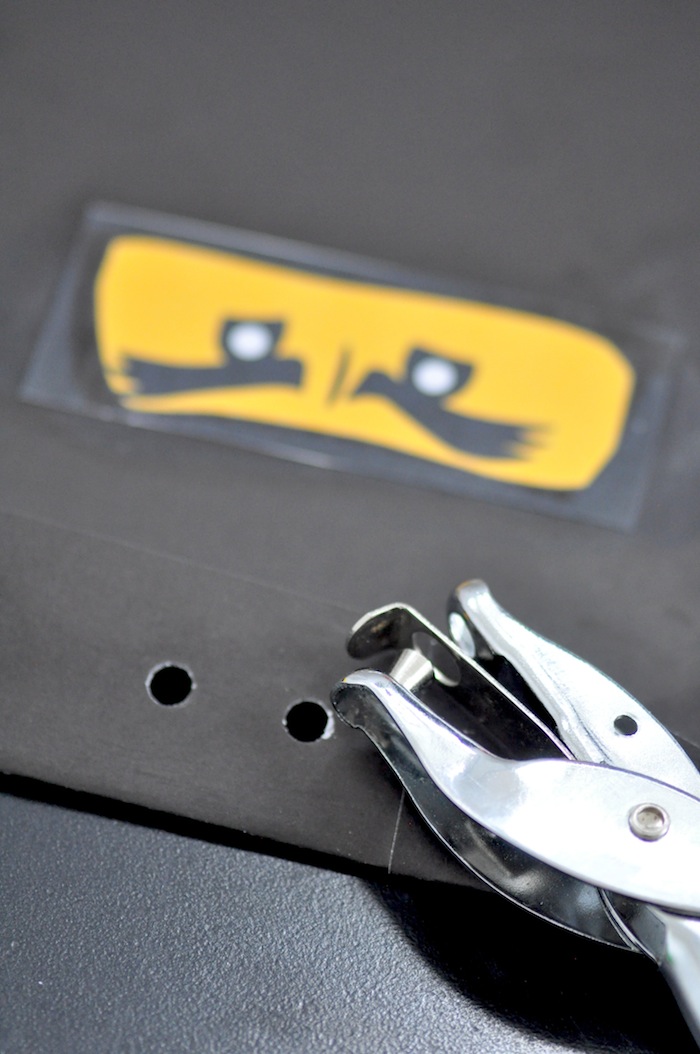 Step 3- Fill favor bag with goodies or treats for your guests.

Step 4- Fold down the top portion of your favor bag and punch two holes about an inch apart from one another with your hole punch. 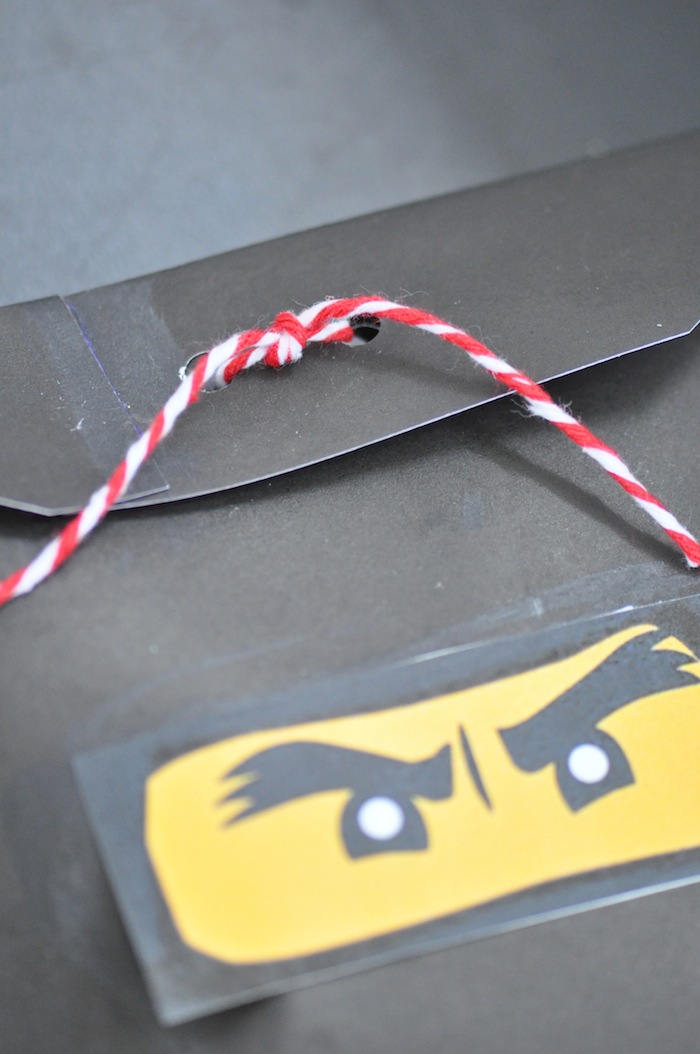 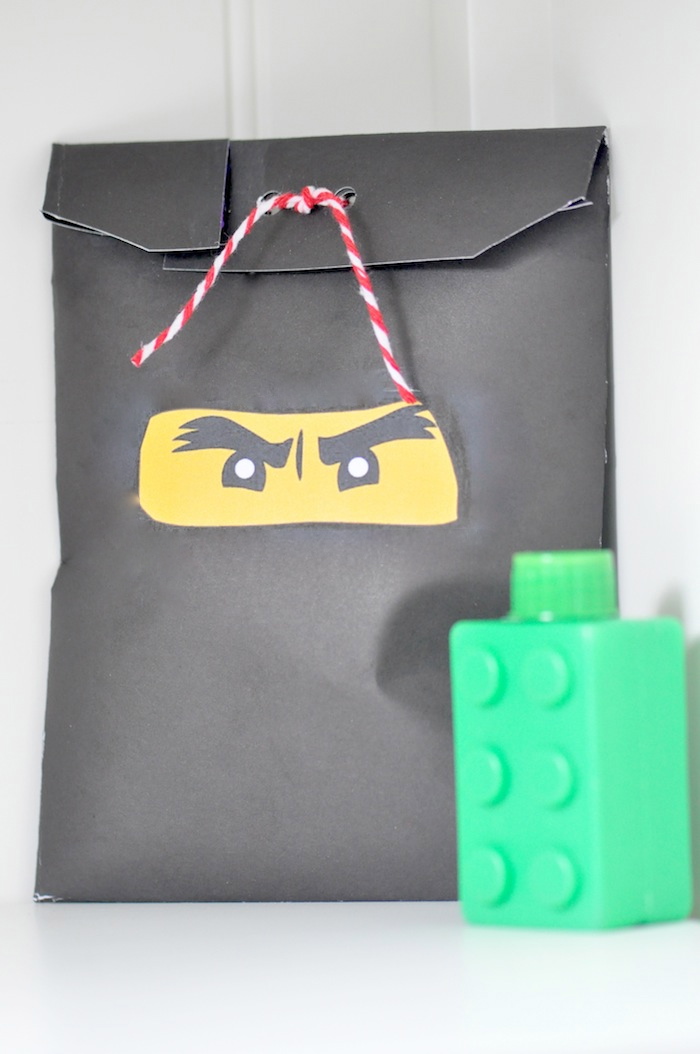 Watch the trailer below and mark your calendars and don’t forget to check out The LEGO NINJAGO Movie – In Theaters this Friday (September 22)!