Ready for treasures and pirate hoards?! If so, grab your sword because this Misty Cove Pirate Birthday Party by Courtney Jacques, is coming aboard!

Filled with loot and party ideas that gleam, this birthday party is a sea-worthy dream!

So, find the map where X marks the spot and check out the following, including details, that will make you quiver with shock: 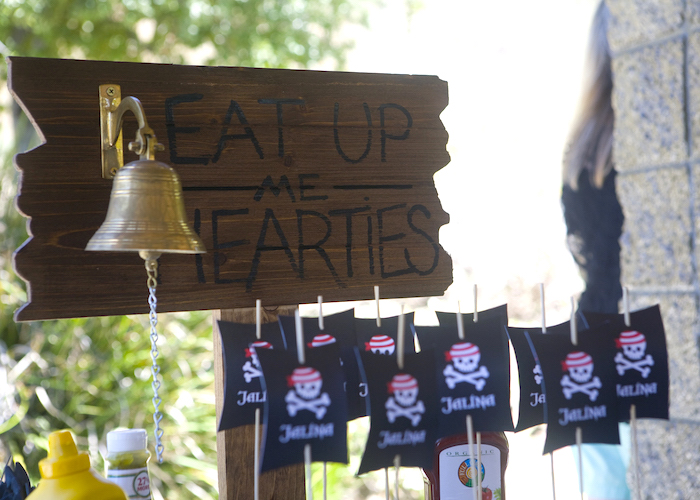 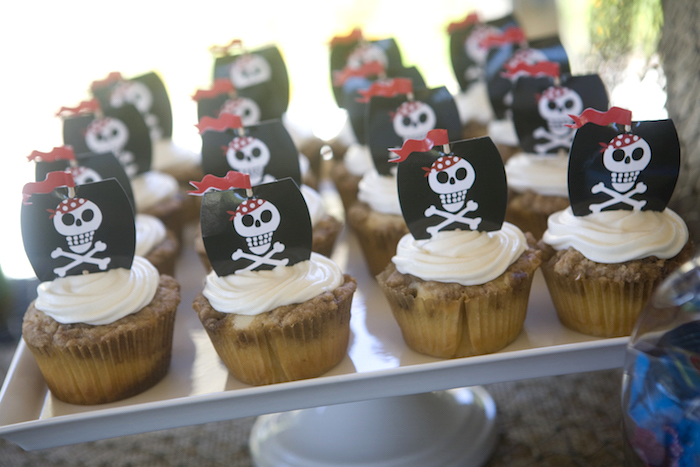 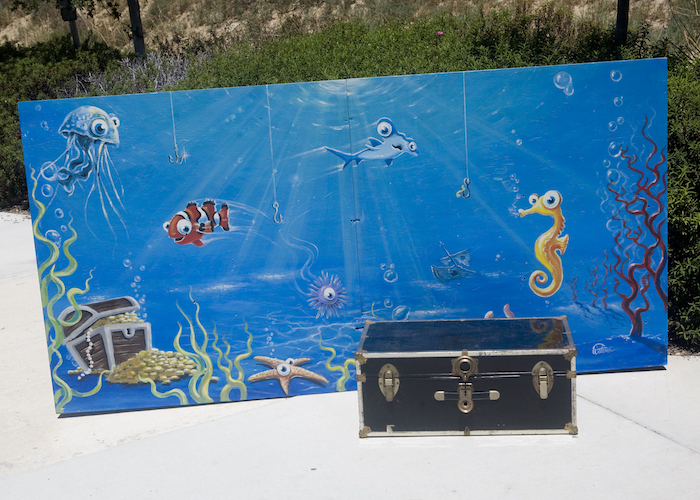 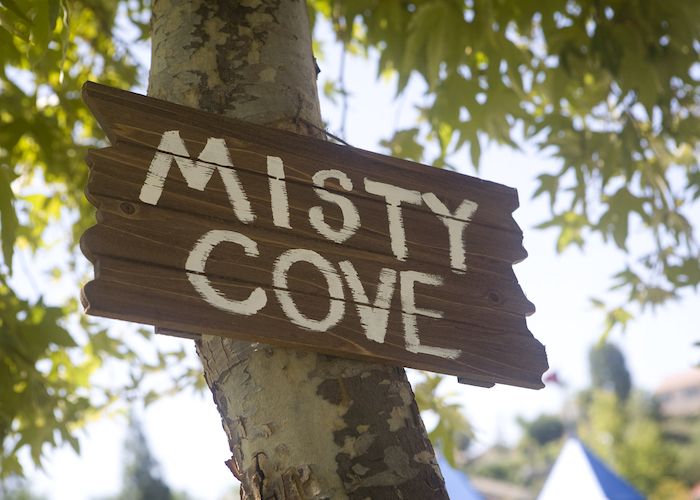 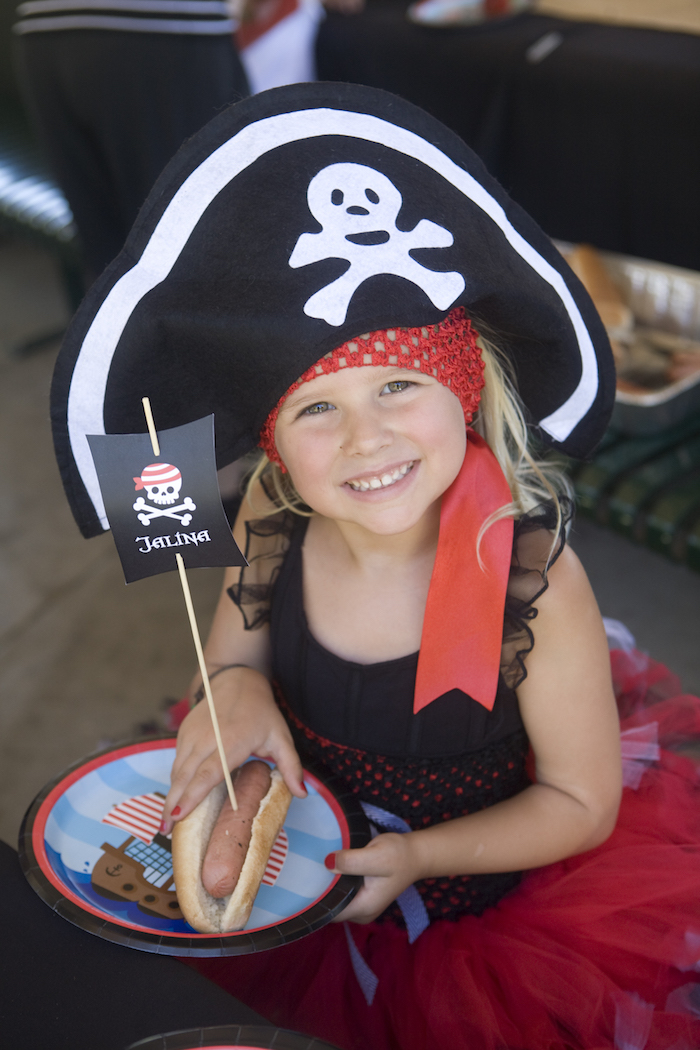 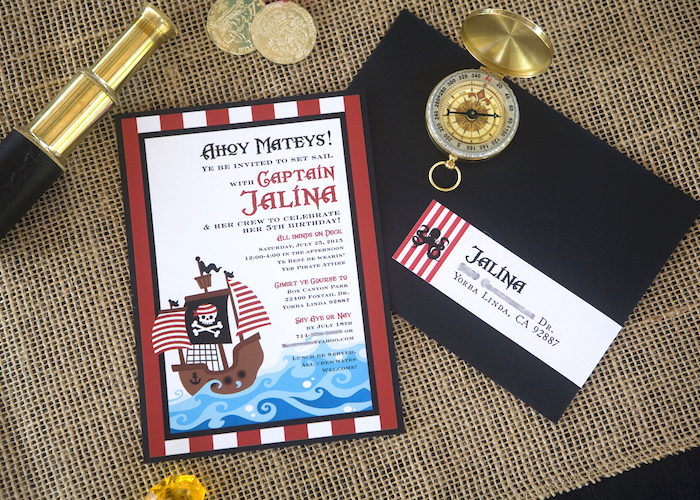 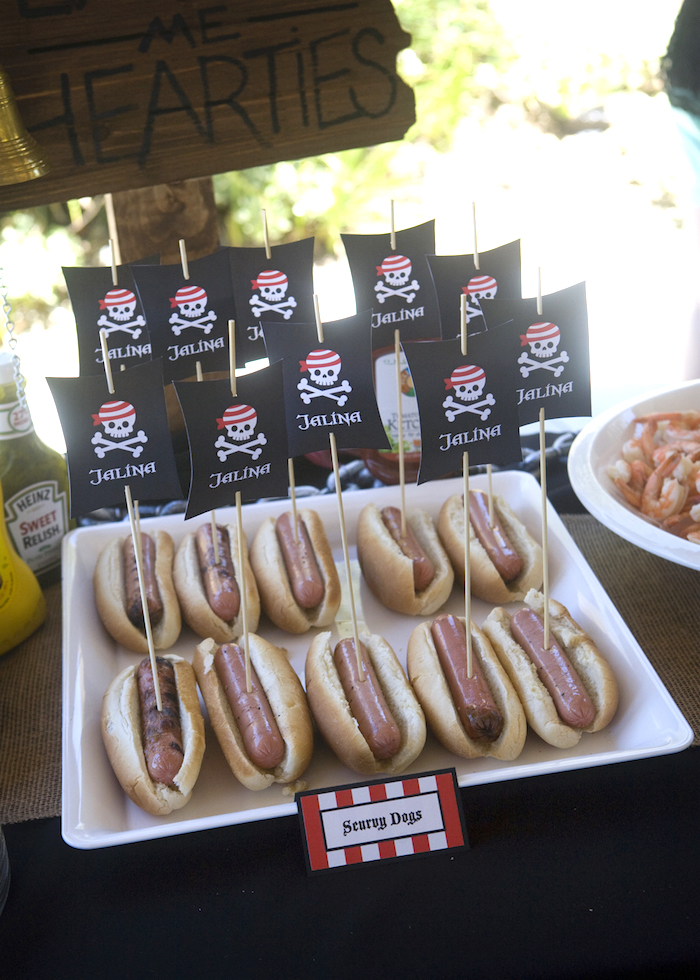 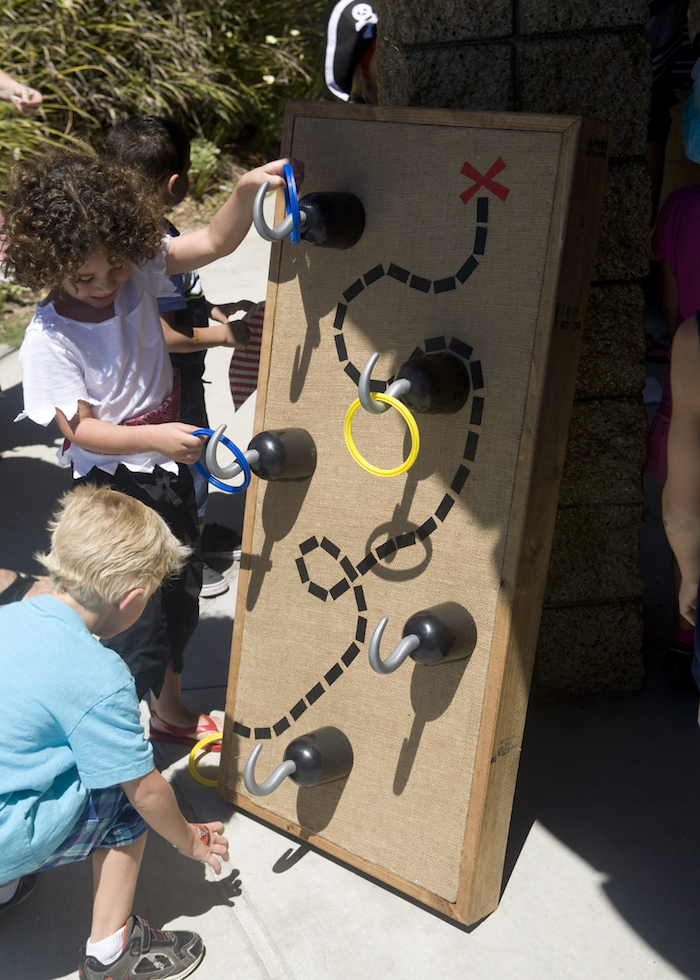 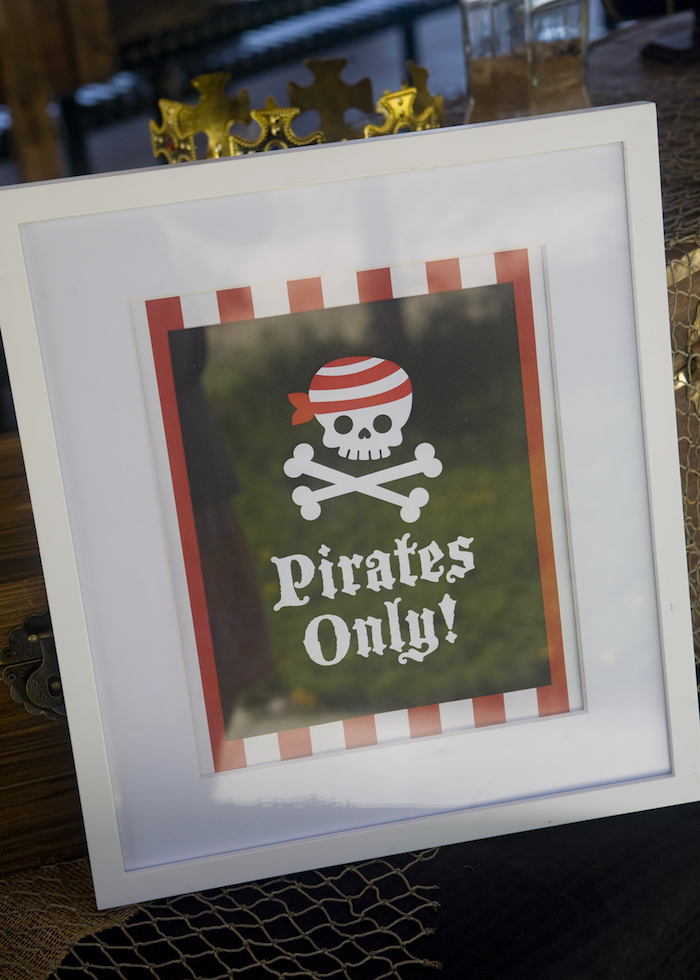 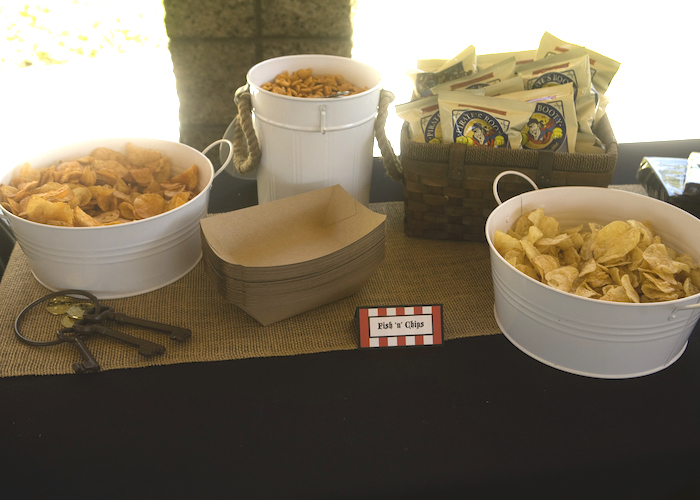 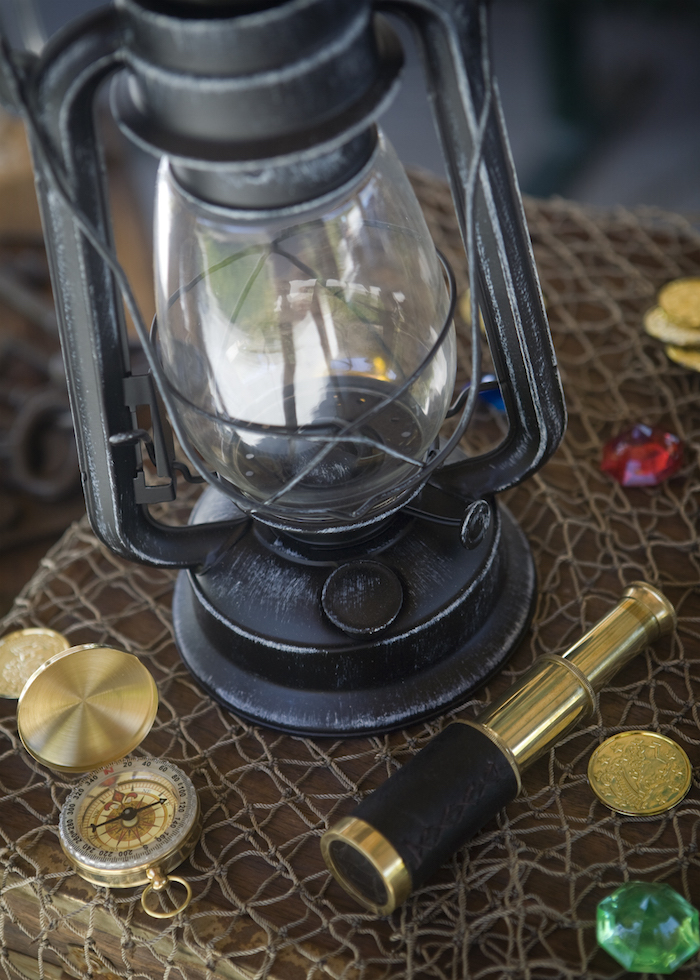 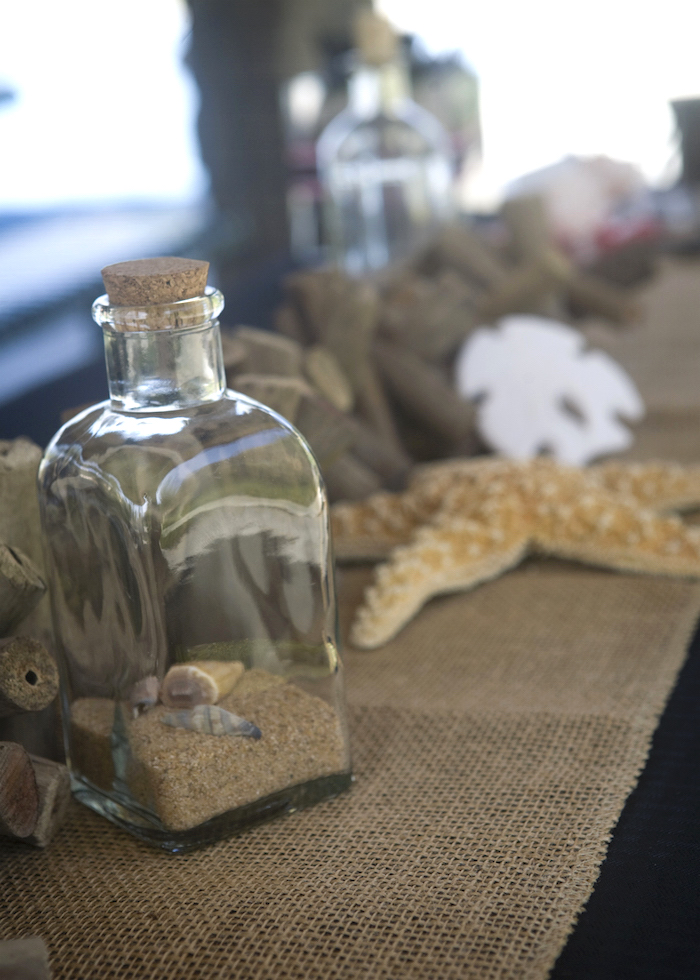 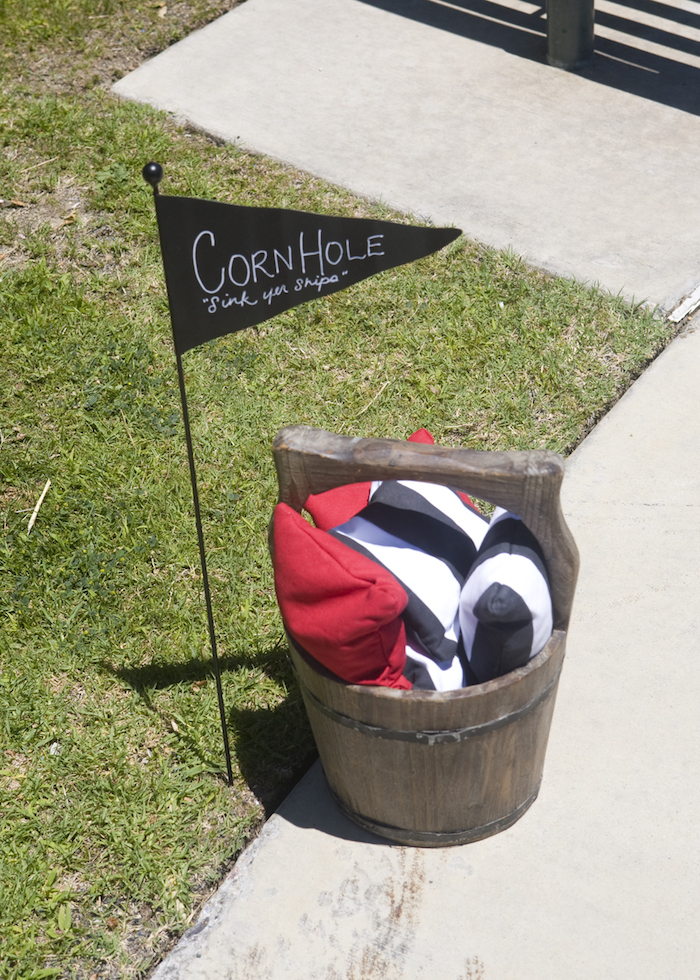 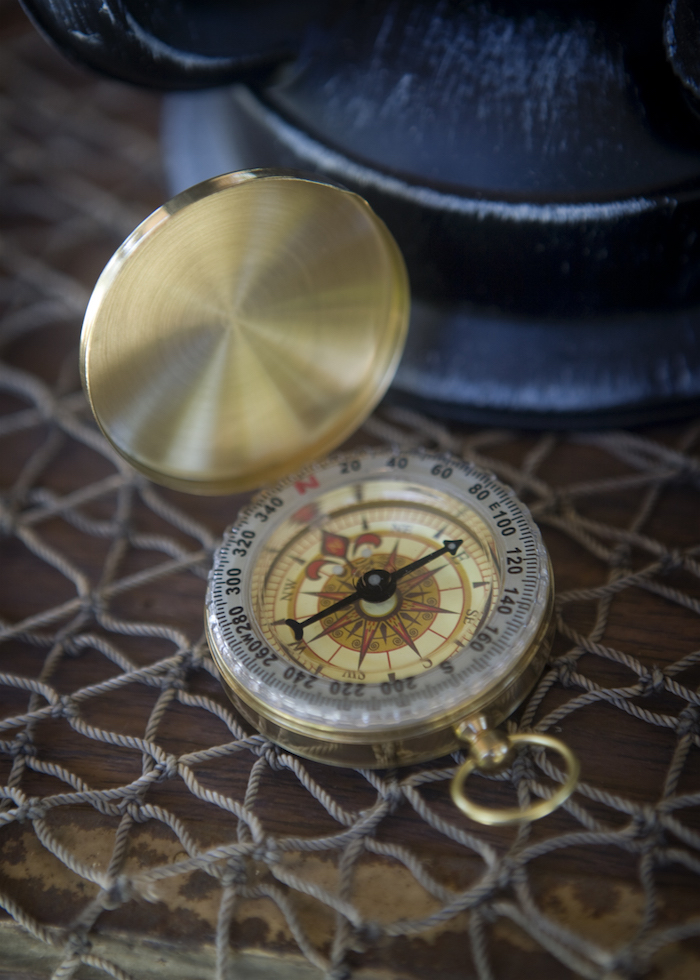 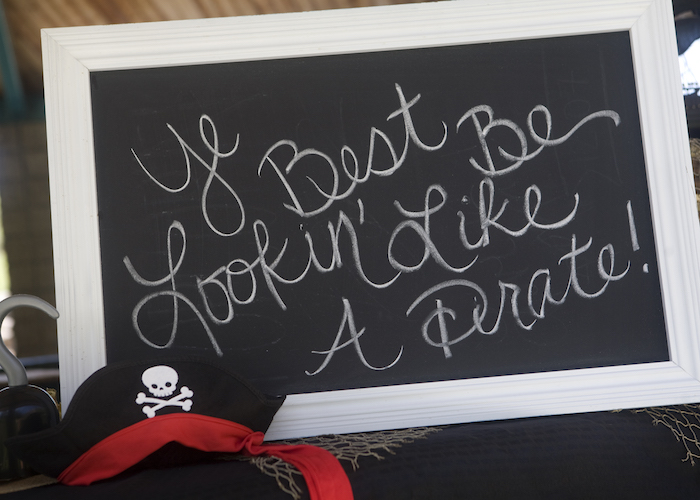 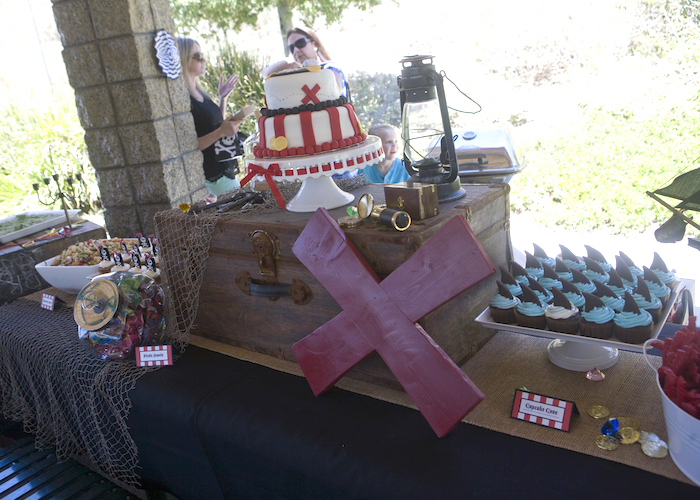 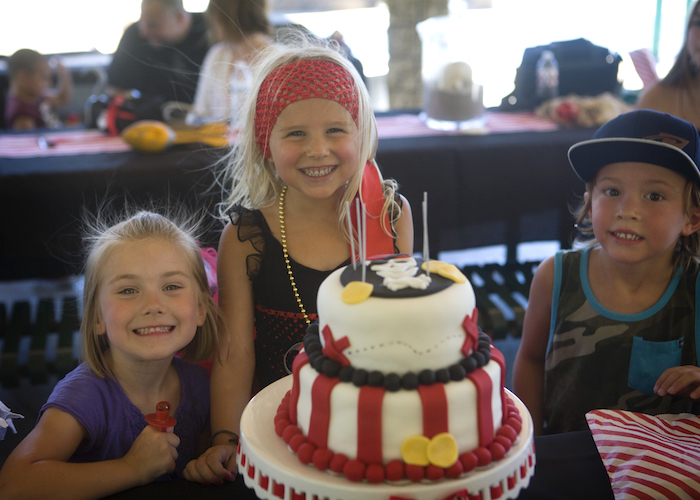 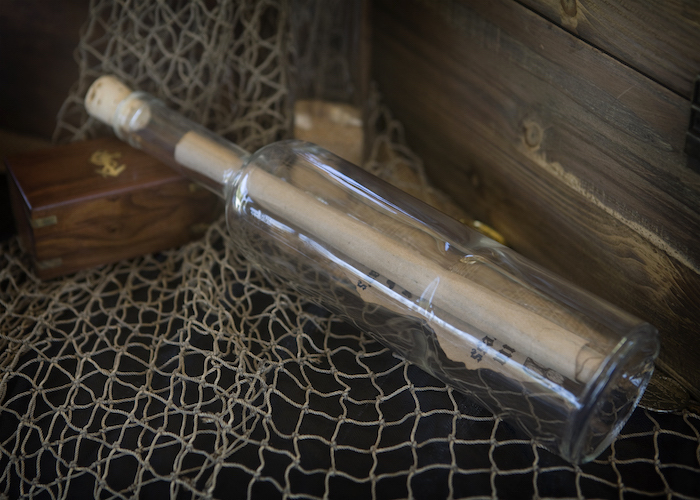 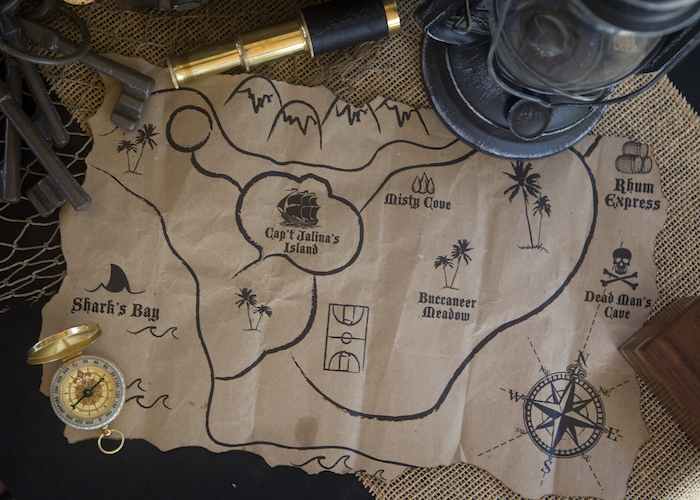 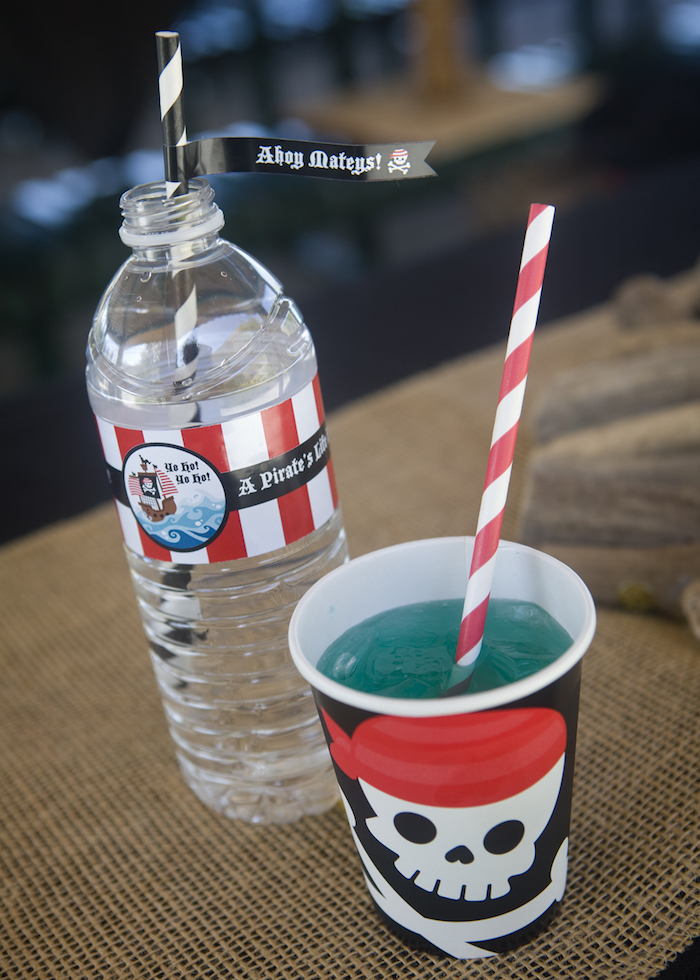 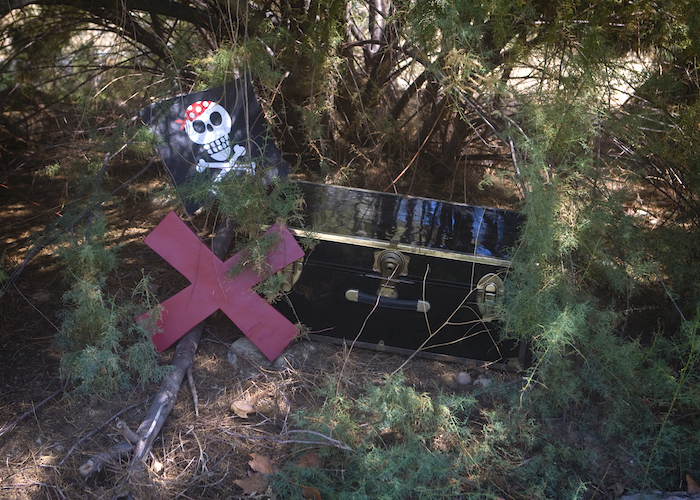 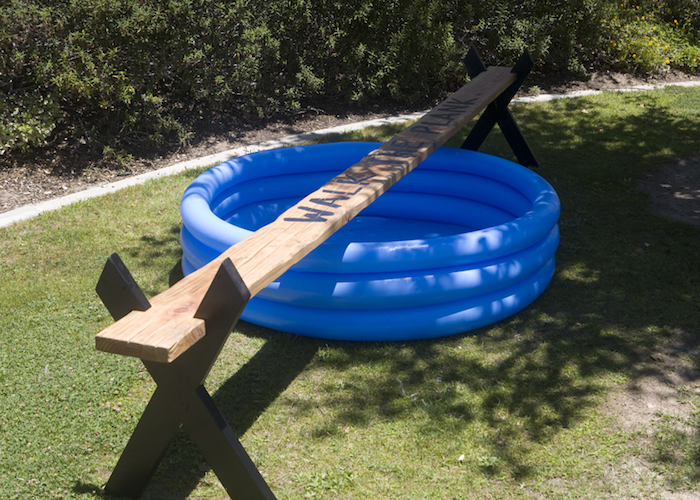 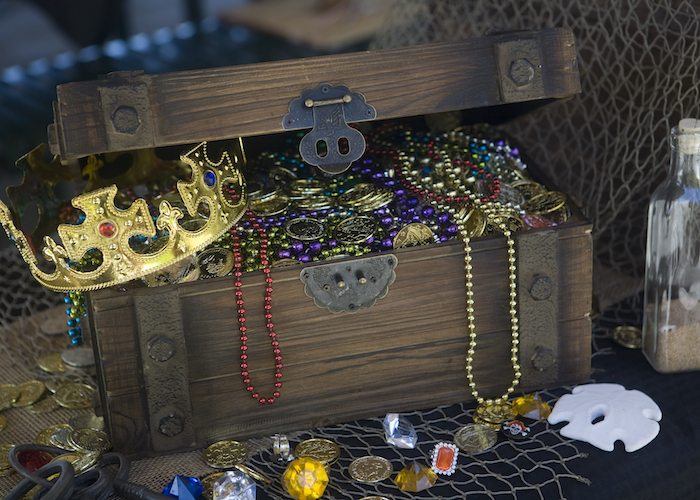 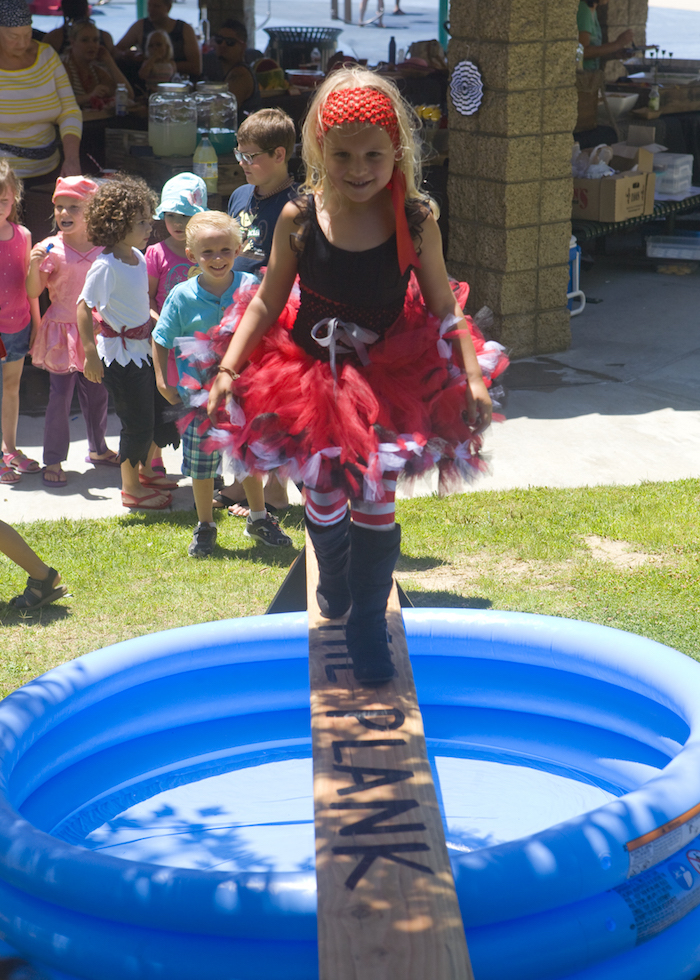 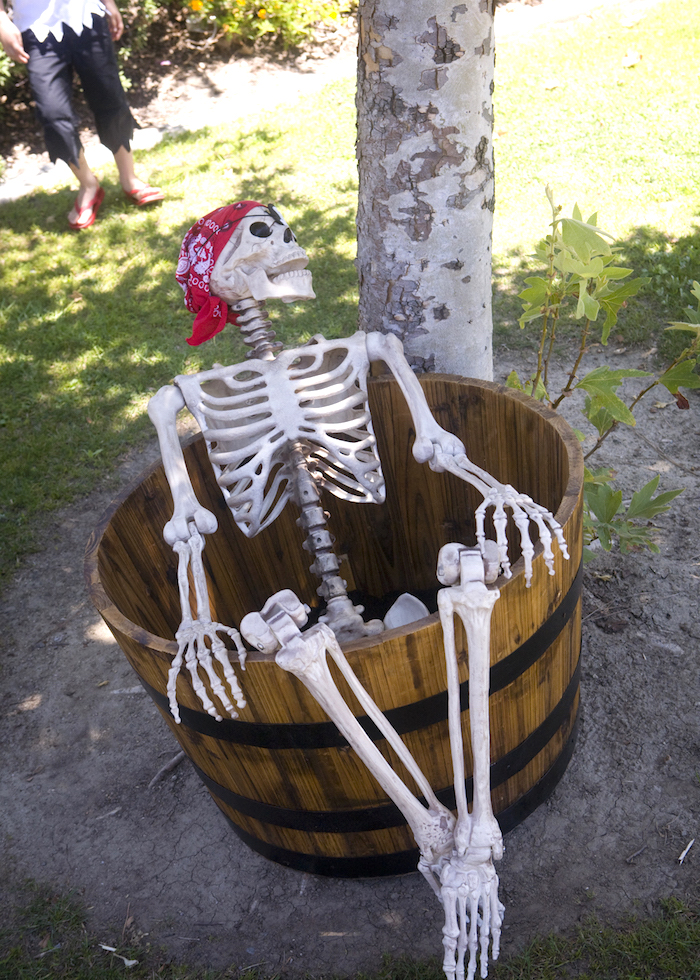 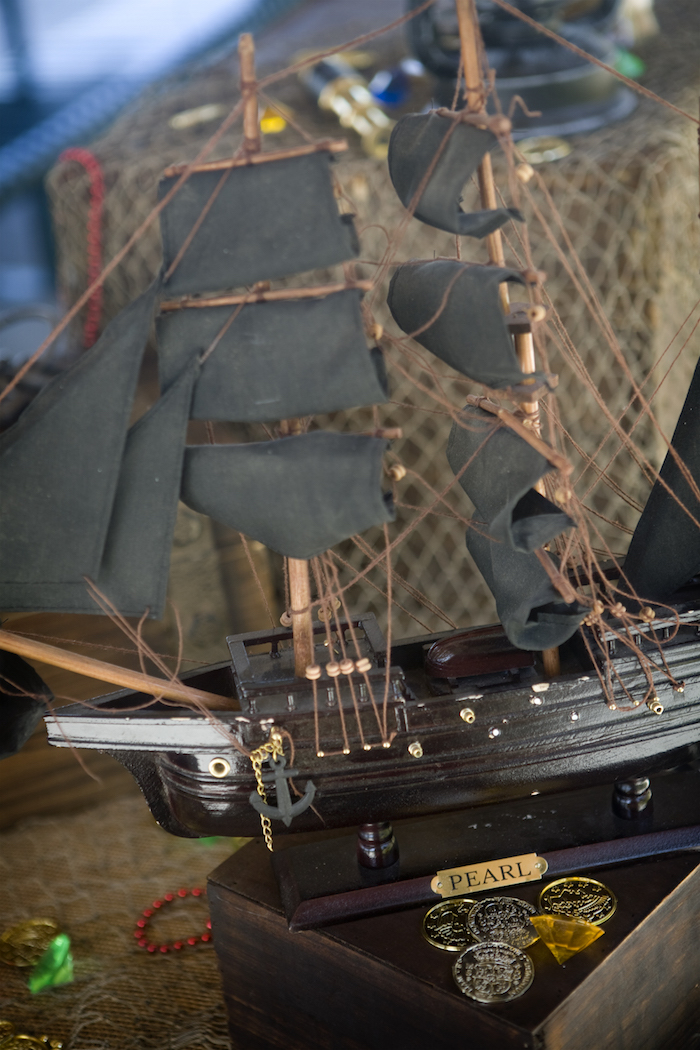 This is what Courtney shared about the party- “Jalina decided she wanted a Pirate Party for her birthday so we started planning a few months in advance. I am a graphic designer so I made all of the printed items myself: invitations, food signs, etc. My husband Chuck, is a carpenter so he made everything from scratch for me. He made a “Walk the Plank” game. Even the stands that the plank rested on were “X”s like you would find on a treasure map. He also made a corn hole game and custom bean bags to match our theme. He also made the “Hook Toss Game” for kids to play with. He also made a pirates ship wheel. I couldn’t find them in stores that large, so he made one for us. Chuck strung his misters through the trees to create “Misty Cove” where the kids could cool off. We had an “Under the Sea” photo backdrop painted on plywood for the kiddos to take pictures. We had a dress up station where kids could take necklaces, crowns, pirate hats, swords, eye patches, bandanas and crowns out of a treasure box to be “lookin’ like a pirate”.

We attached a ship bell to a sign that said, “Eat up me Hearties” so I could ring the bell for lunch and cake time. I actually ended up ringing it quite often to get everyone’s attention! As for the food, we had “Scurvy Dogs” which were pirate ship hot dogs, “Seaweed Salad” for pasta salad, “Seaweed Wraps” which were ham roll ups in spinach tortillas. We had “Fish n Chips” which were Goldfish crackers and chips. We had “Cupcake Cove” where you could find shark cupcakes and cinnamon roll pirate cupcakes. I also made custom water labels and straws. The plates and cups came from Target. After cake, the kids did a pinata and had to follow a treasure map that I made of the park to find their “Pirate Booty Bags” that were hidden in an old trunk in the bushes. We also repurposed our Halloween skeleton into “Old Pirate Jack” in a whiskey barrel. We had a great time!”

See all of our Pirate kids party ideas here!