Murder, mayhem and devilish fun, this Sherlock Holmes Murder Mystery Party, styled by Deb Gregory, out of Columbus, OH, USA, was made for everyone!

Plagued with intrigue and schemes abroad, this mysterious party definitely deserves a nod!

So grab your magnifying glass and zero in, on the following, favorite details, hidden within: 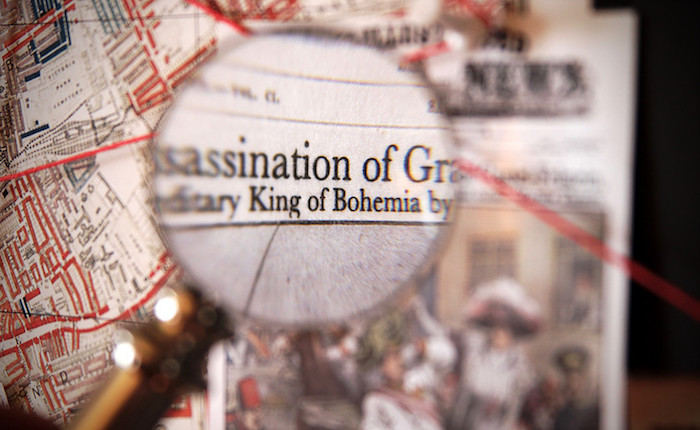 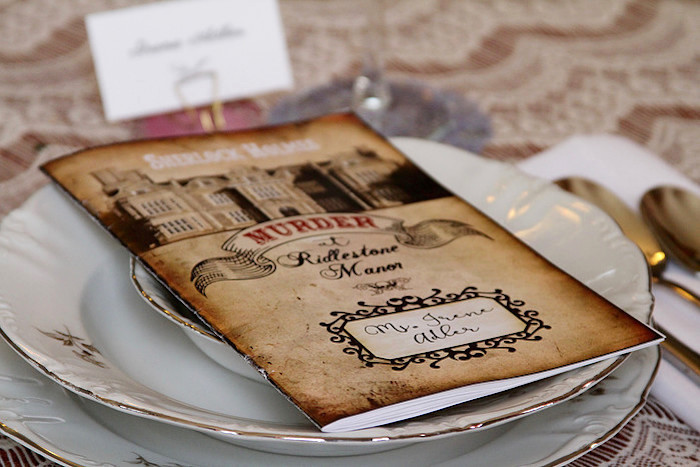 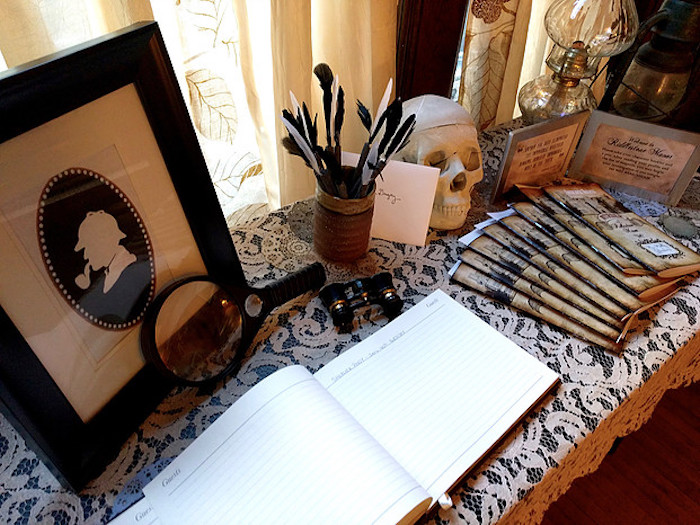 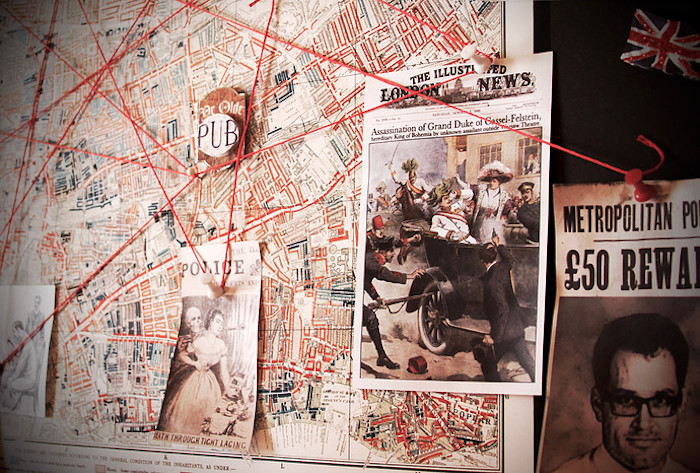 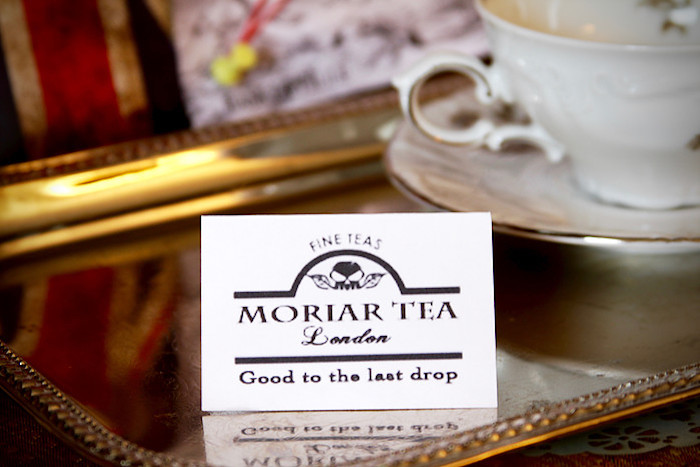 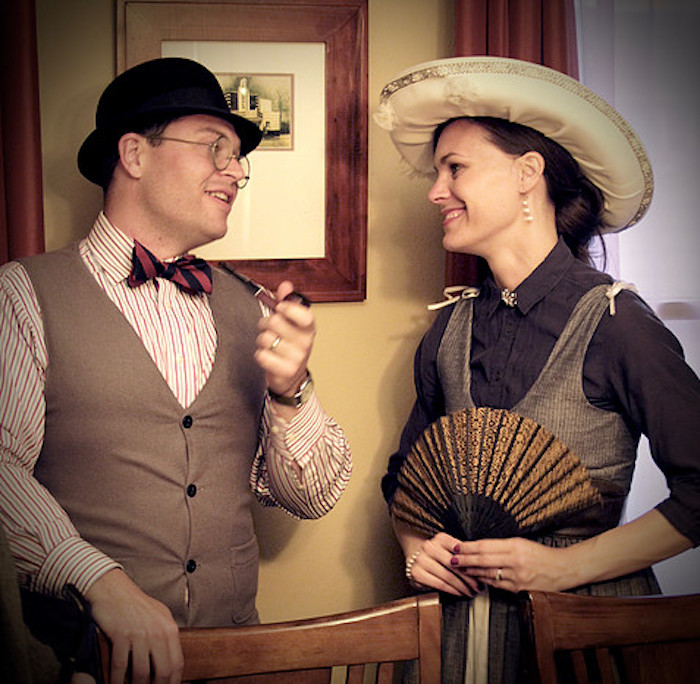 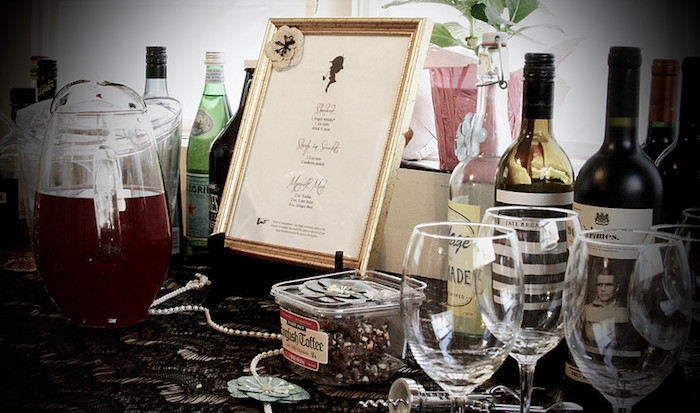 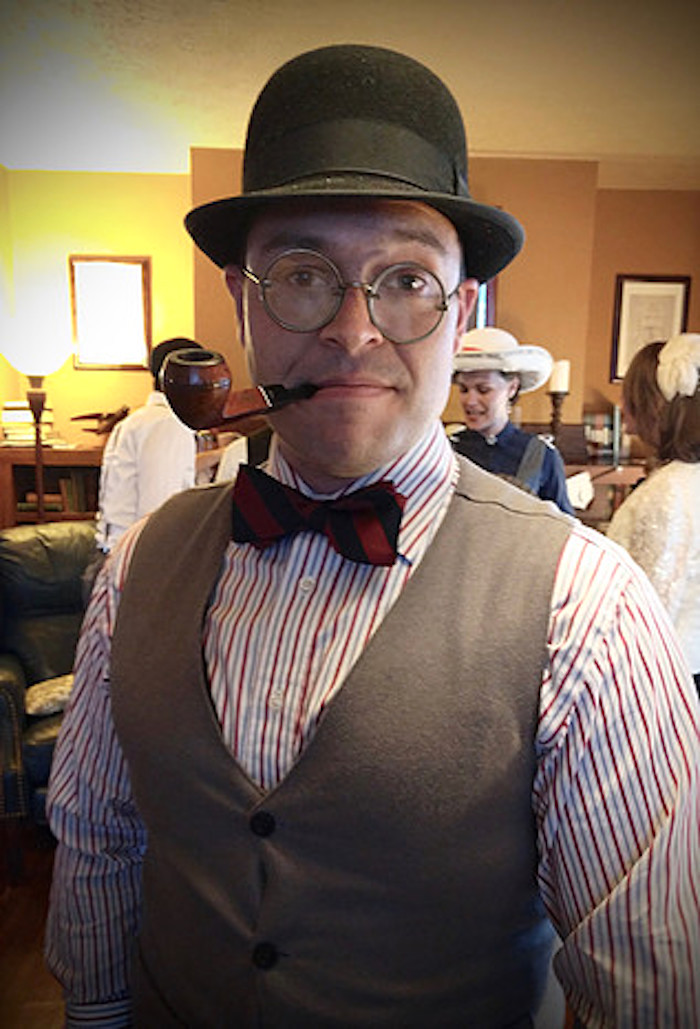 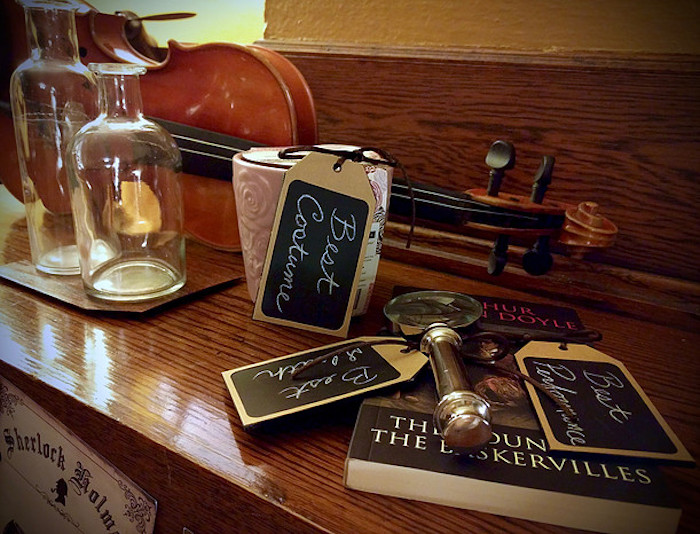 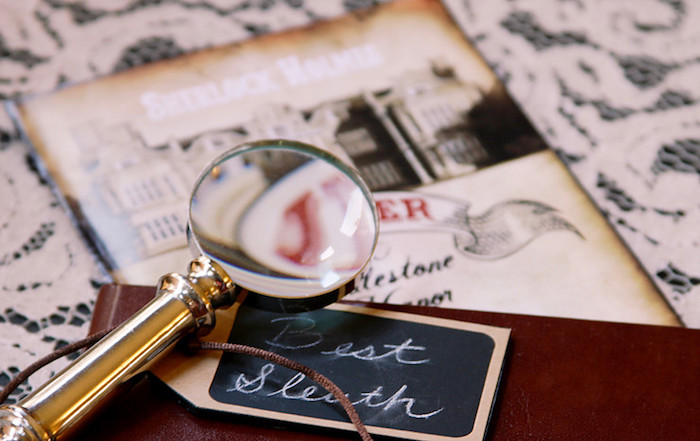 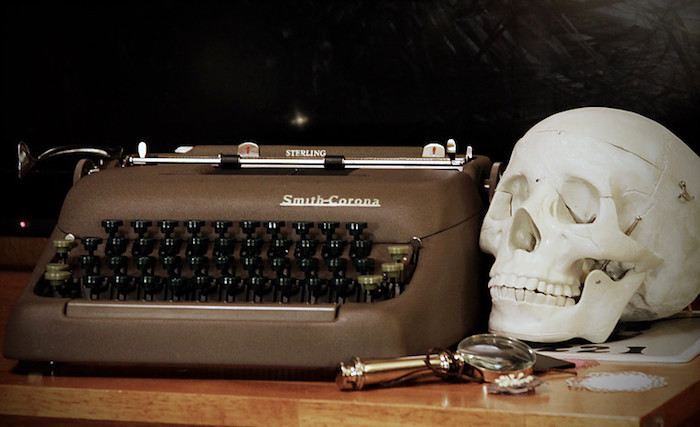 This is what Deb shared about the party- “When my husband turned 40, I wanted to throw a surprise Sherlock Holmes Murder Mystery Party for him. I couldn’t find one so I decided to write my own. We’ve thrown a few murder mystery parties but this turned out to be the most hilarious party. I let a few friends throw their own parties and, again, it got rave reviews. I made a listing on Easy and suddenly received emails and rave reviews from people all over the world throwing this Sherlock Holmes Murder Mystery party and having a great time. How amazing is that?! Truly the gift that keeps on giving.

I love that you can place the party in any era. We did a traditional Conan Doyle party (although some have done a modern BBC version and some have done Steam Punk!). My husband played Sherlock and I was Irene Adler. Other guests were adapted from the original book series. We played the party intermingled with a 4-course dinner featuring appetizers, soup, lamb with mint sauce, and dessert. We decorated the house with skulls, detective gear, old typewriters and tea sets (Moriar-TEA). I printed a map of London and traced red yarn through push pins that marked scenes from Sherlock stories. The costumes and banter kept us in a stitch and a roar all night long. (BTW, my husband was the only one to guess the murderer, which was fitting for his role as Sherlock”!)