Singing and dancing and hugs by the tons, this Rainbow Trolls Disco Birthday Party by Emily Heyworth of Hey Sugar Styling, out of Aukland, New Zealand, is second to none!

Filled with color that shimmers and shines, this adorable event has got trolls so sublime!

So set your clocks for hugs and love, the following, included details, are sure to be loved: 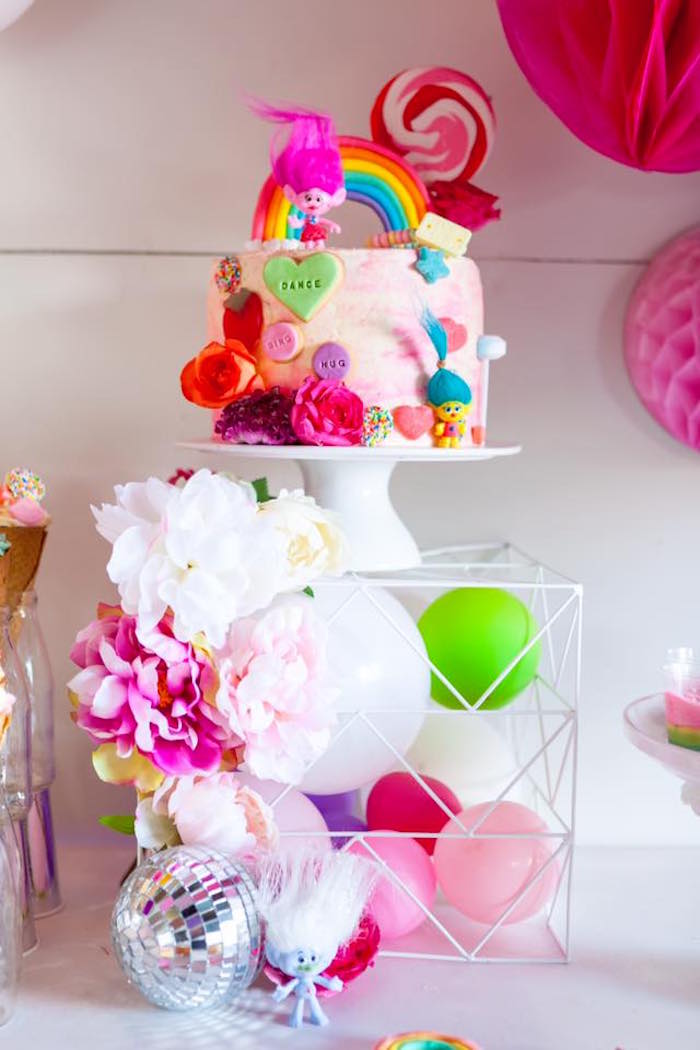 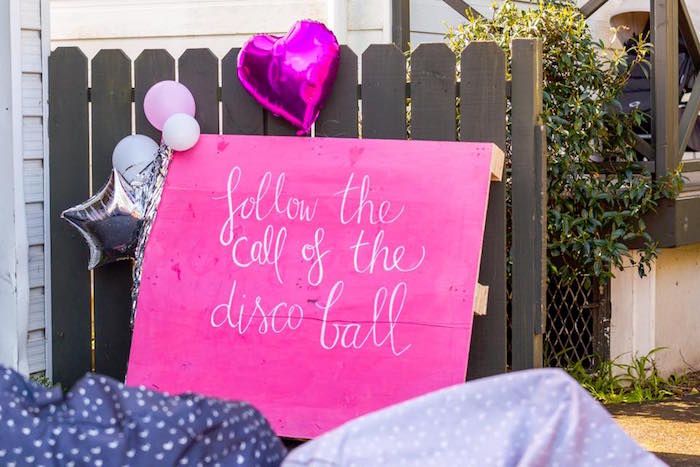 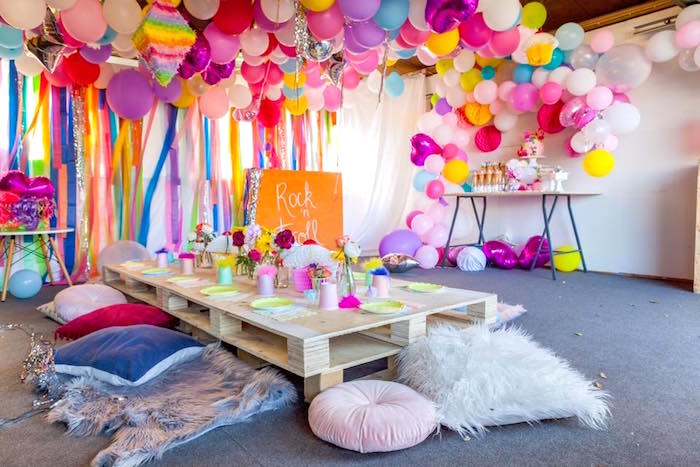 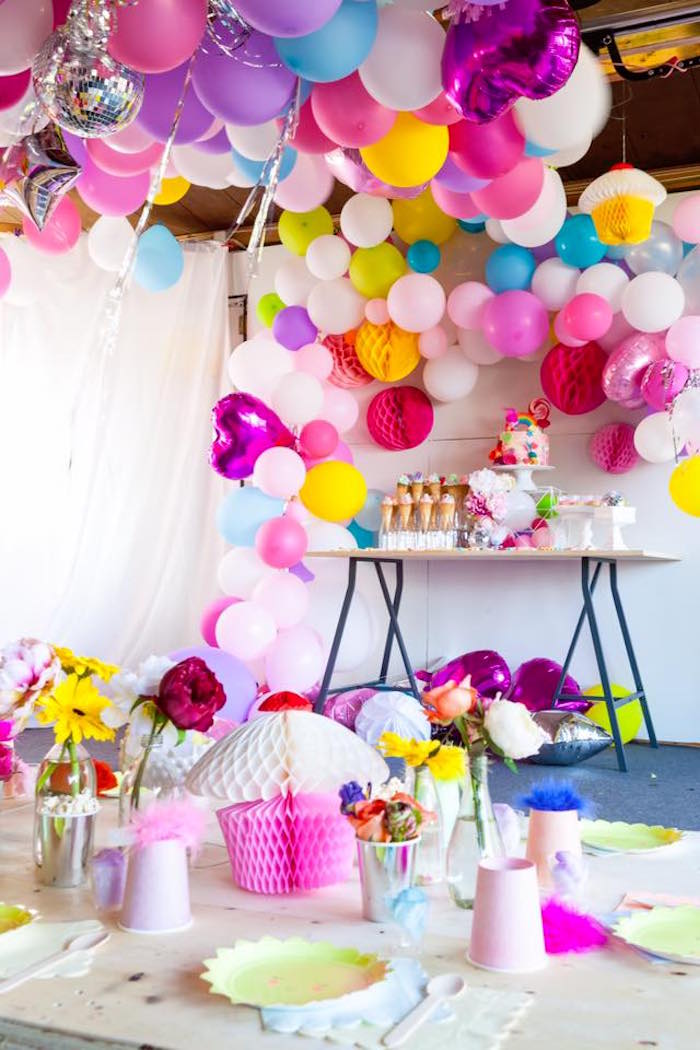 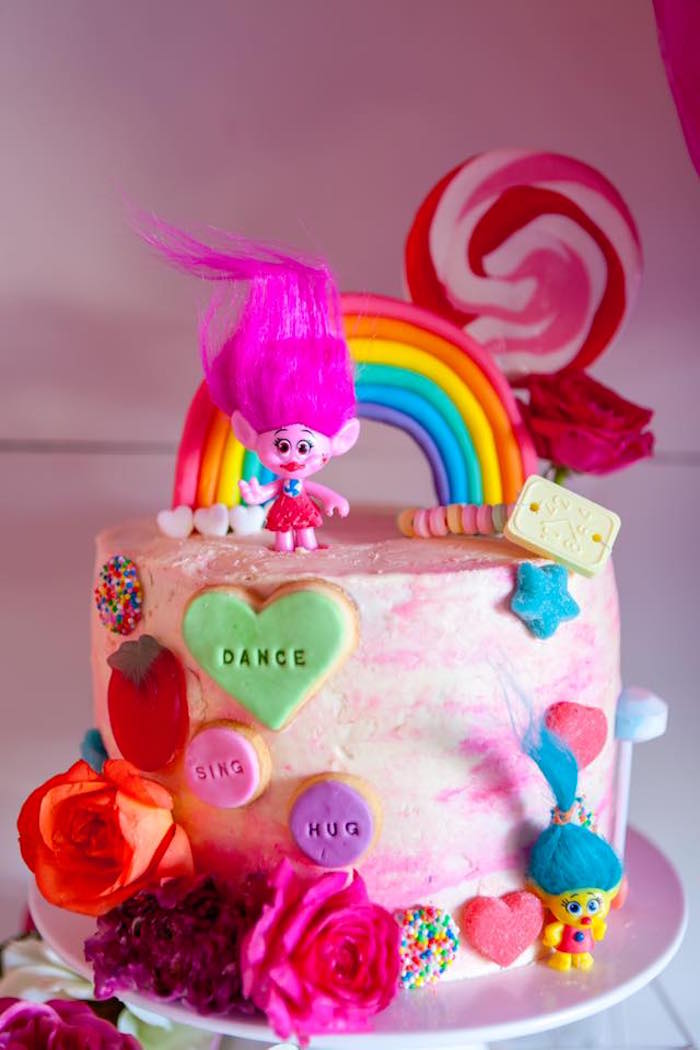 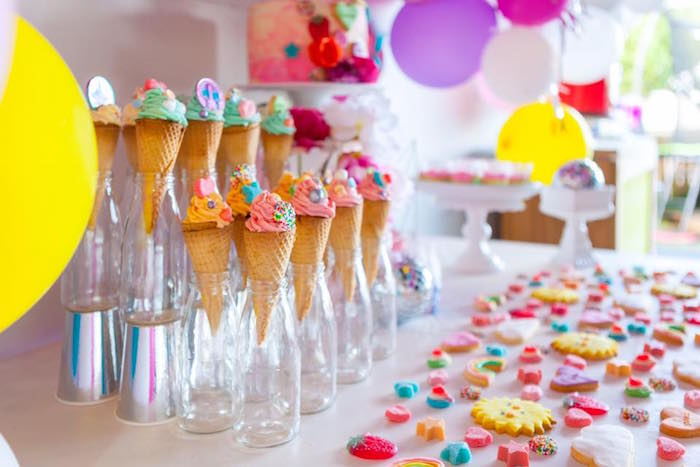 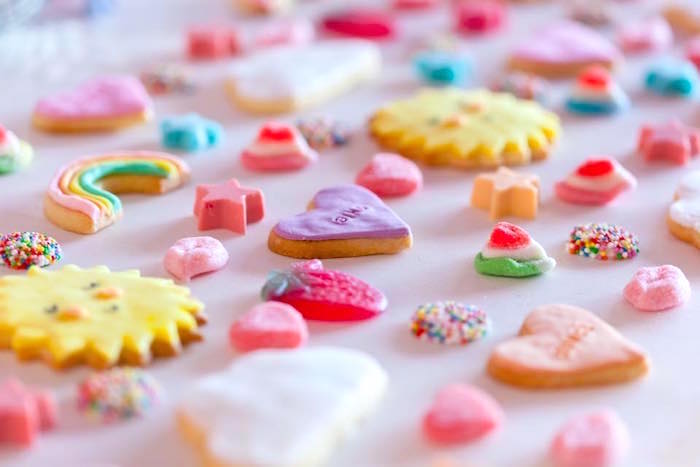 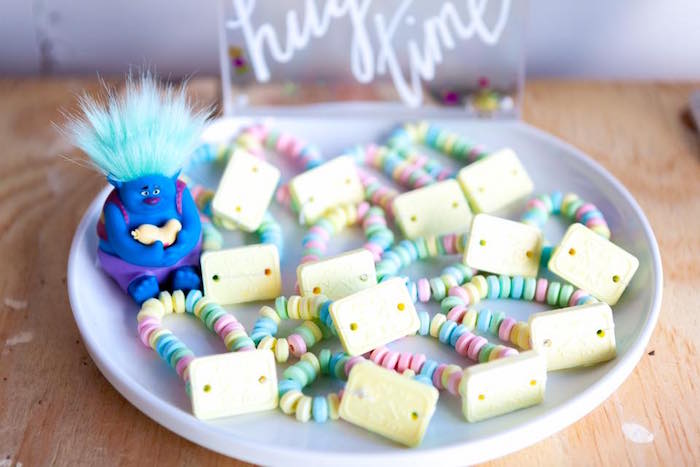 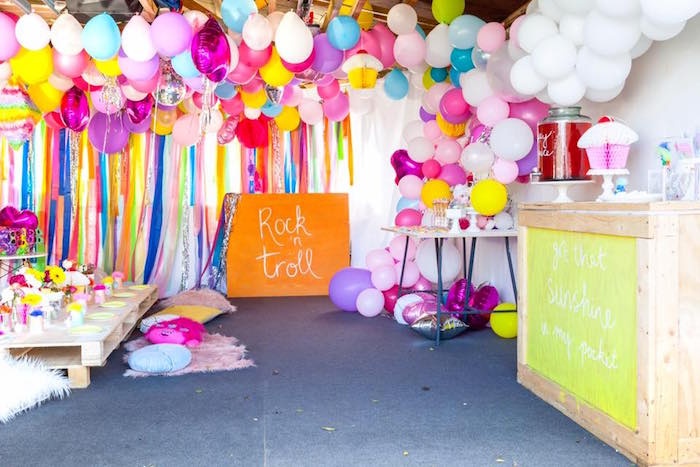 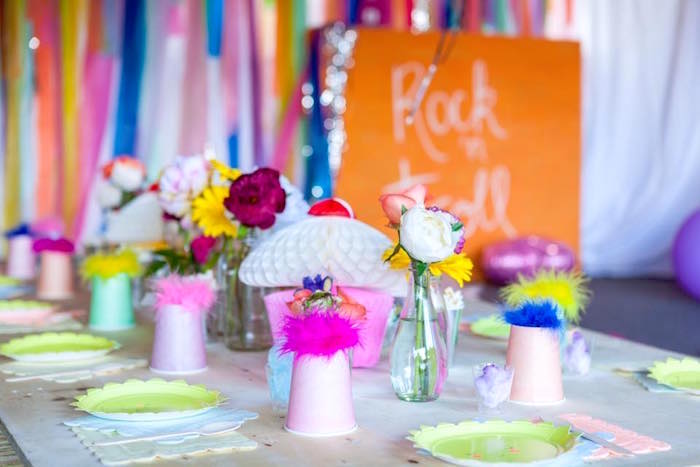 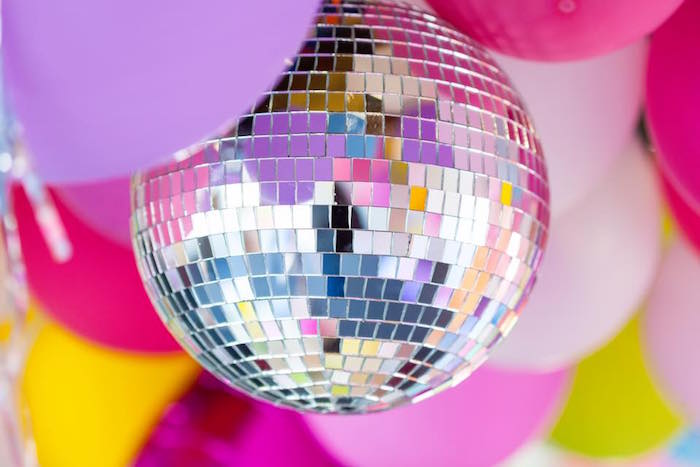 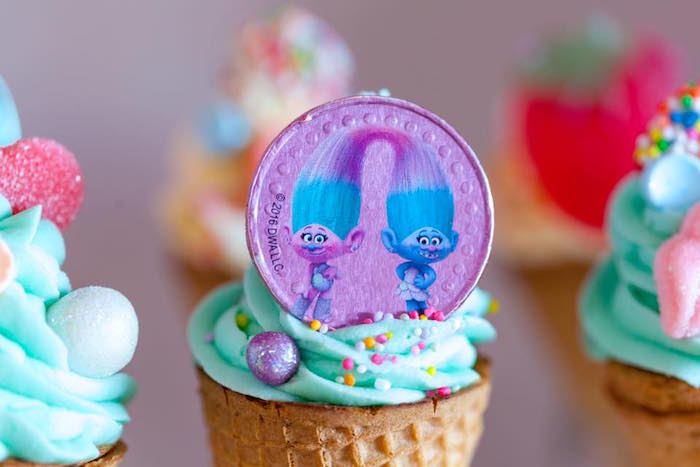 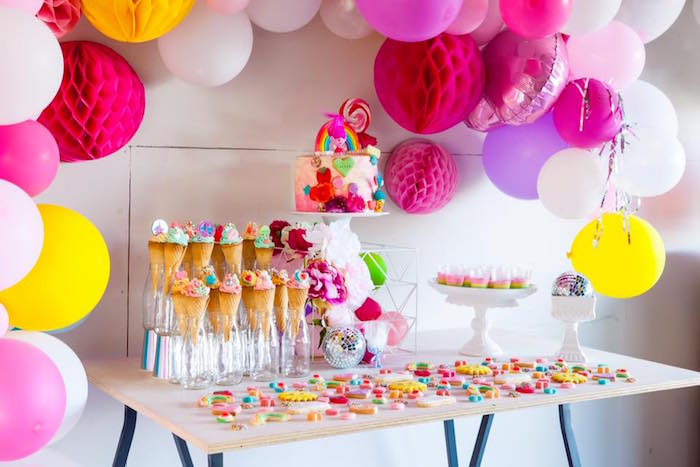 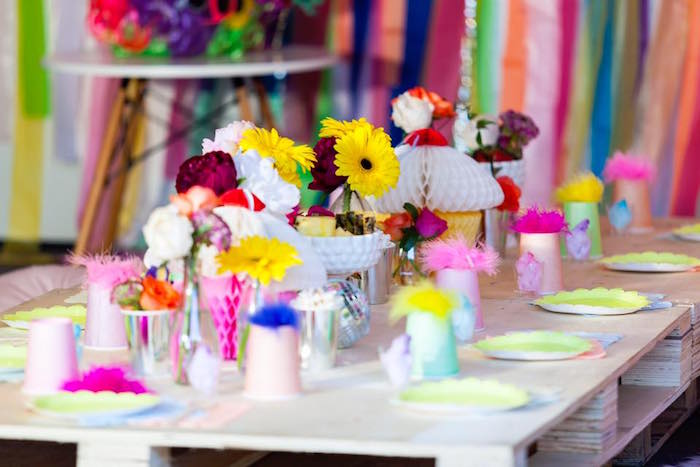 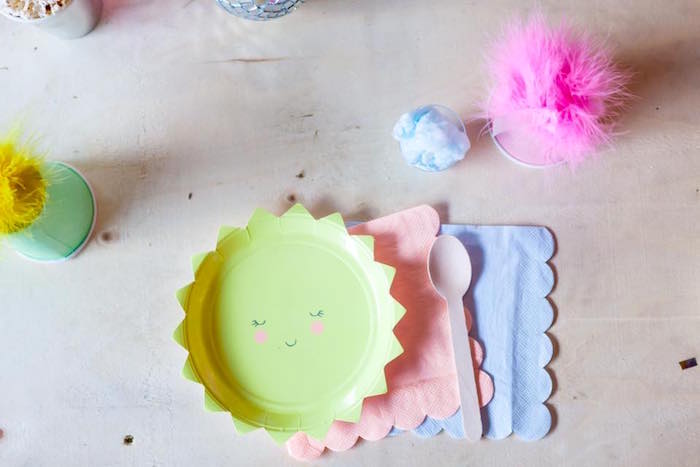 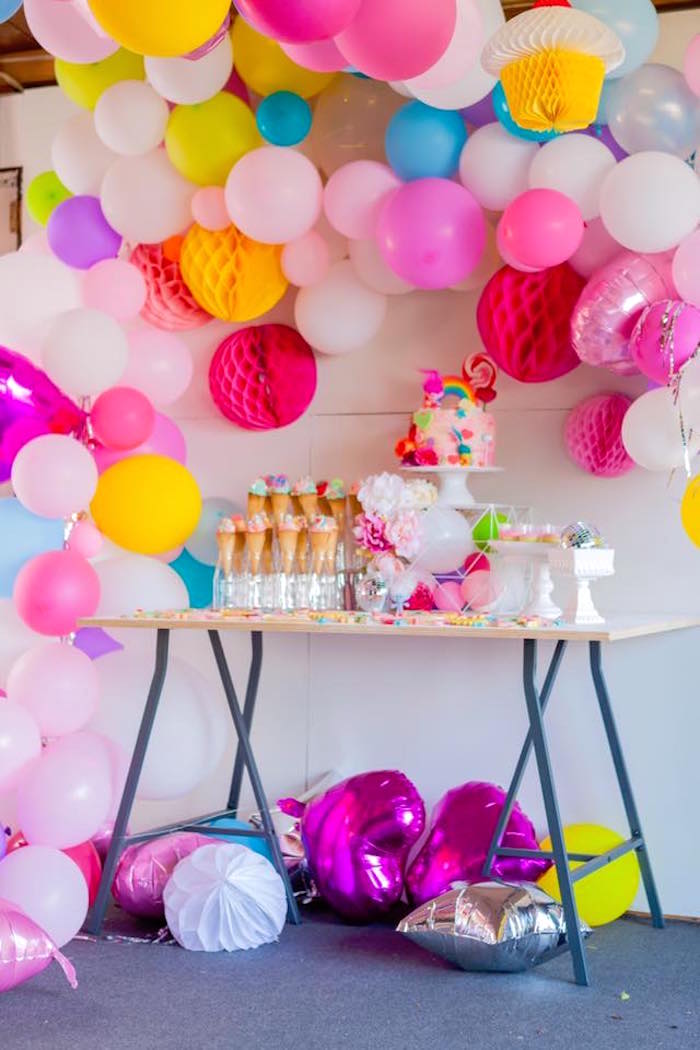 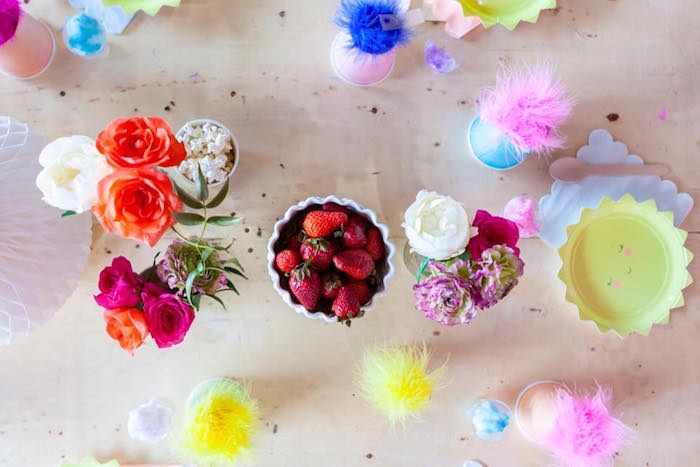 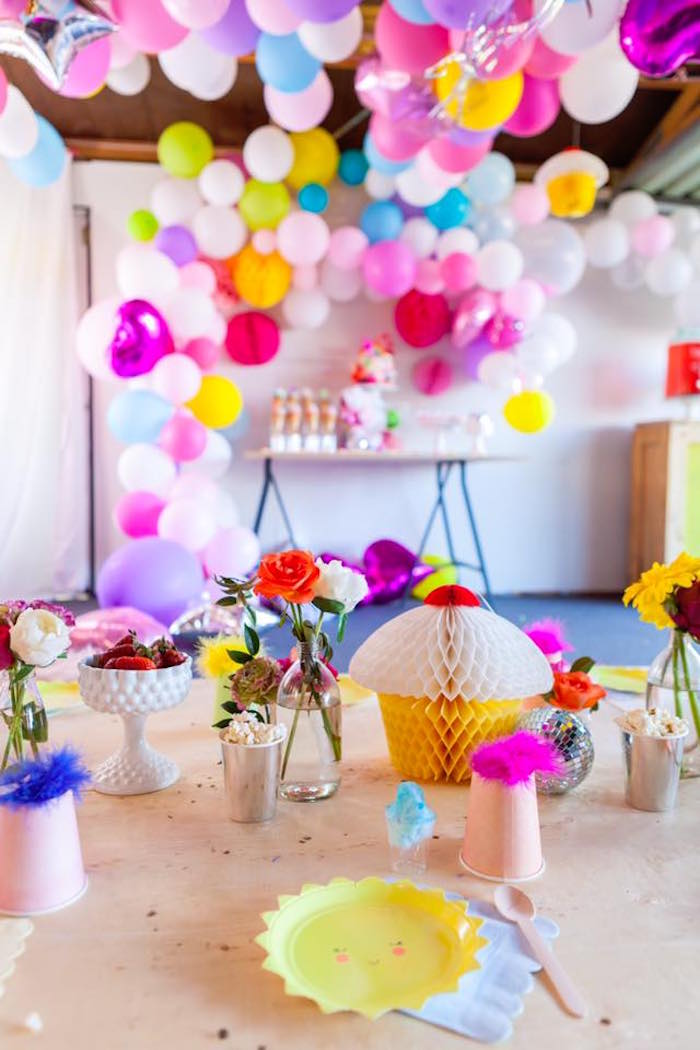 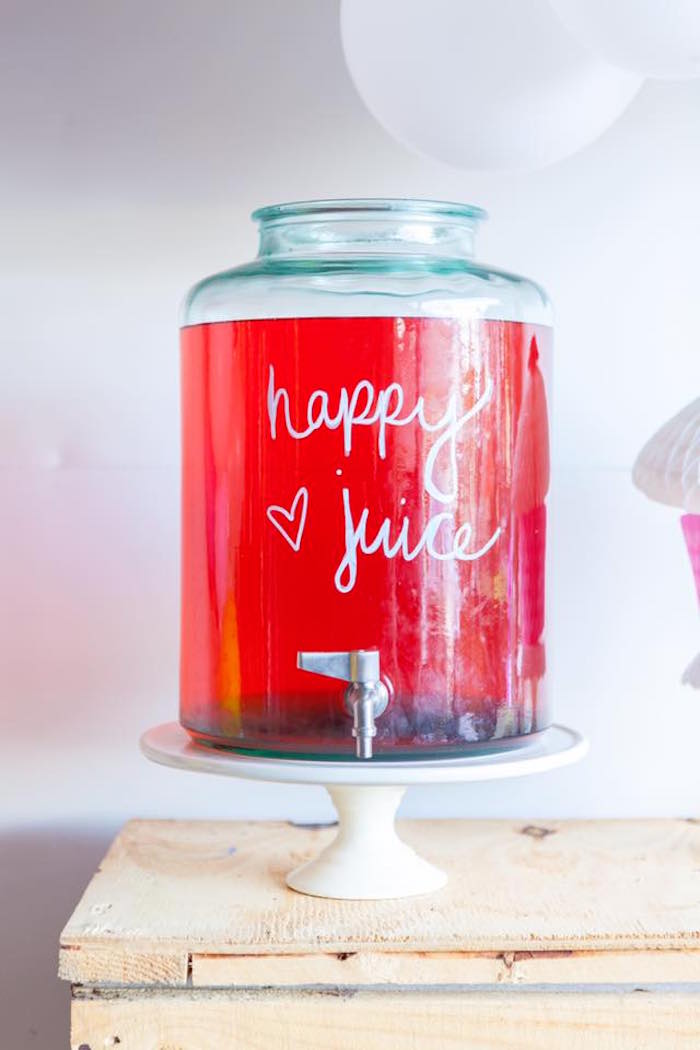 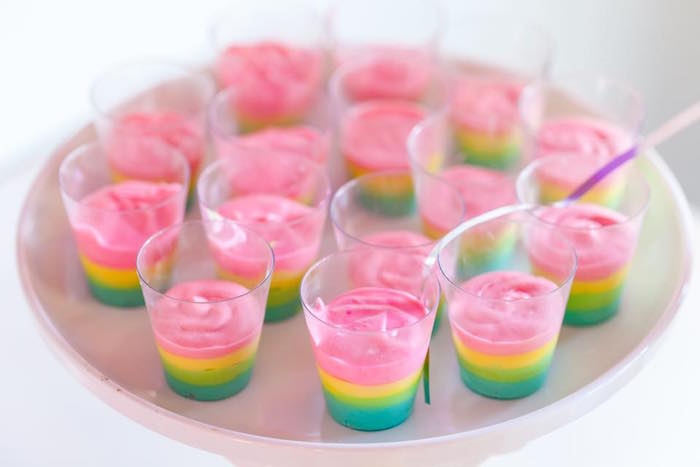 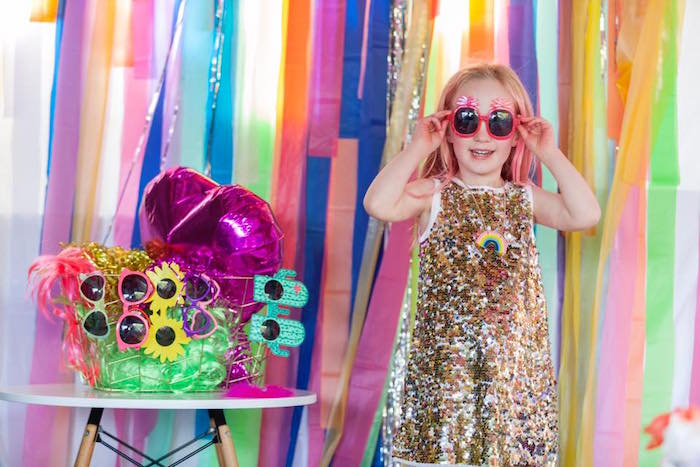 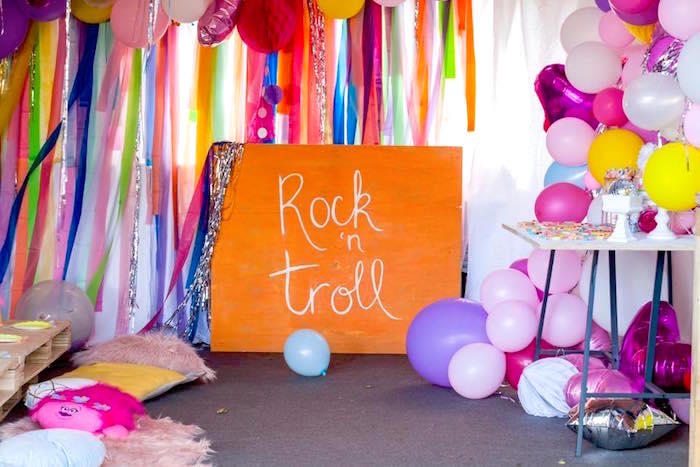 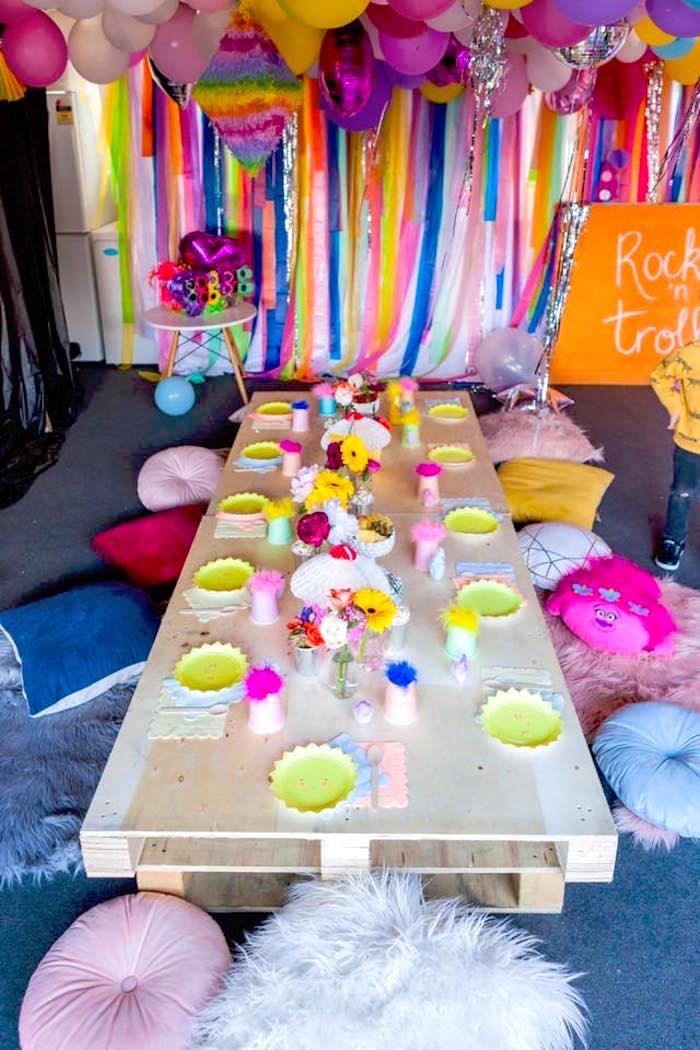 This is what Emily shared about the party- “My five year old daughter is trolls obsessed. OBSESSED. That soundtrack really gets my kids hyped up, they dance around the living room singing at the top of their lungs. So when requested for a Trolls disco, I could hardly say no.

The trolls movie is bright, colourful, sparkly and a little girls haven. I knew we had to create something which felt amazing when you walked in. One of my first purchases, was the Meri Meri sunshine plates, they were just too gorgeous for words and I spent the entire day singing ‘got that sunshine in my pocket’. The other inspiration was the trolls hair. We sent out invitations covered in different coloured feathered fluff, which we incorporated into other elements. Coloured candy floss at each table setting representing the hair, fluffy cushions to sit on.

I asked my daughter what food Trolls eat. Cupcakes, ice-cream, sweets and biscuits. I love to use my kids’ crazy ideas, so I made sure I mimicked that on the food table. I made hand made rainbow, cloud, sunshine, heart cookies. Maid rainbow mousse pots. Baked cakes into ice-cream cones and had so much candy, I dread to think about the sugar crashes parents had to live with!

Kids came dressed up in coloured wigs, disco dresses, you name it. We started with a sit down pizza dinner, as the ‘burgerns’ have a pizza date in the film, followed by hitting the dance floor for a piñata, the limbo, dress ups and dancing. Every so often the music would stop and we’d yell out ‘hug time’ to which they all had to go and hug something. Utterly adorable – they all loved it.

The kids had ‘hug time’ candy watches, and took home little packets of hair accessories ‘have a good hair day!’.

My advice would be:

Make what you have work. Our house is far too small for a disco party, or any party for that matter. We used our garage. Not the most glamorous of destinations, but we decided to cover the ceilings and walls to turn it into something which had a total wow factor. And it worked. Blowing up balloons was a far cheaper option than hiring a venue! And it looked far cuter”.

See all of our fantastic Trolls party ideas here!