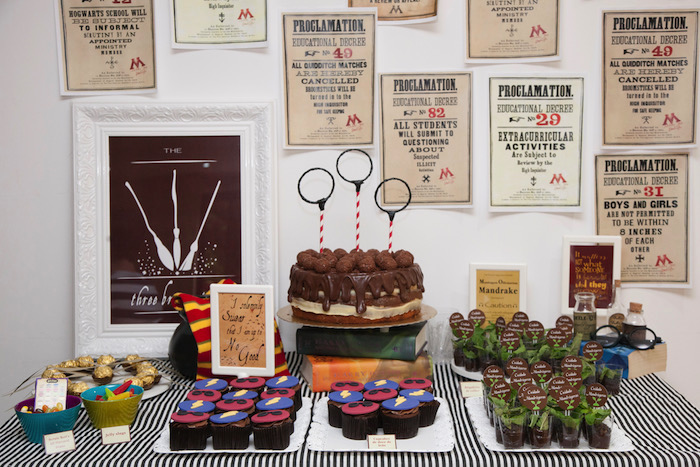 The Hogwarts Express has arrived and is now boarding passengers, to come along, for a Harry Potter Baby Shower ride!

, out of Sao Paulo, Brazil; this wizard themed event is sprouting with details to make you coo and cry!

So mount your brooms and hone your wands and check out the following elements, that I find quite fond: 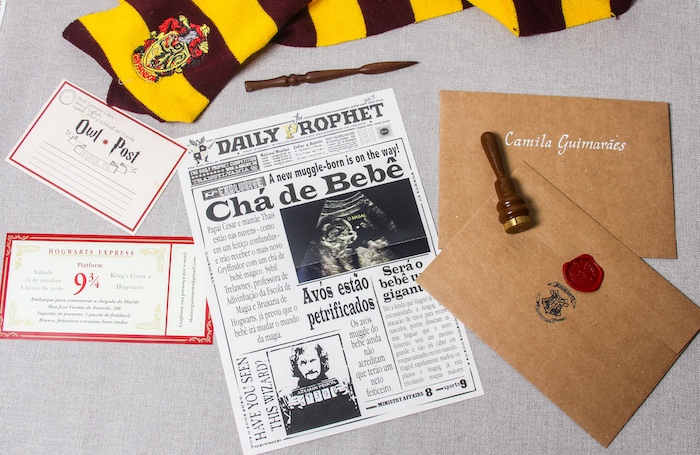 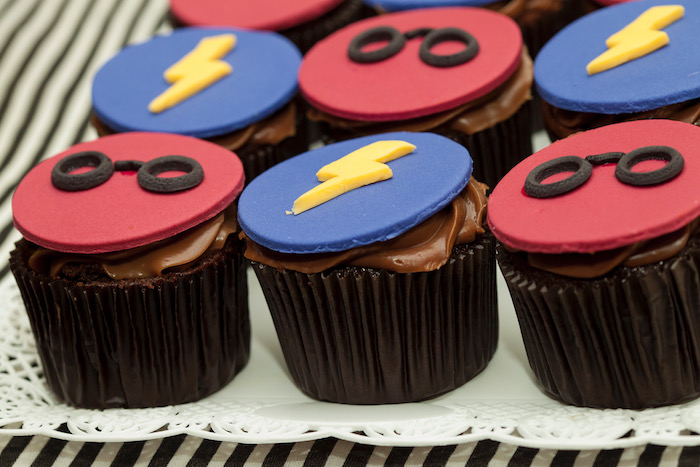 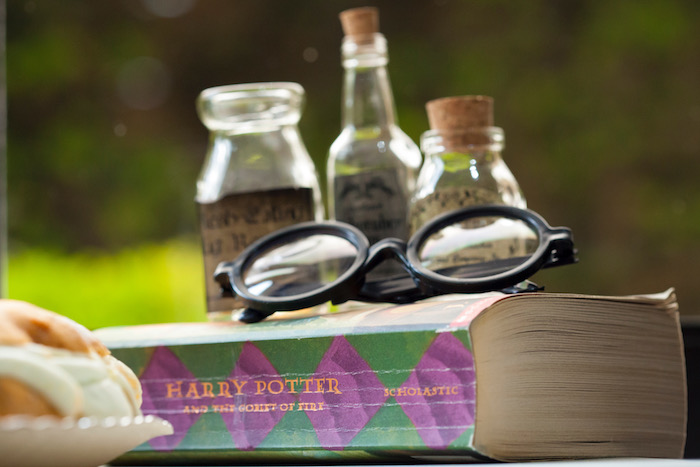 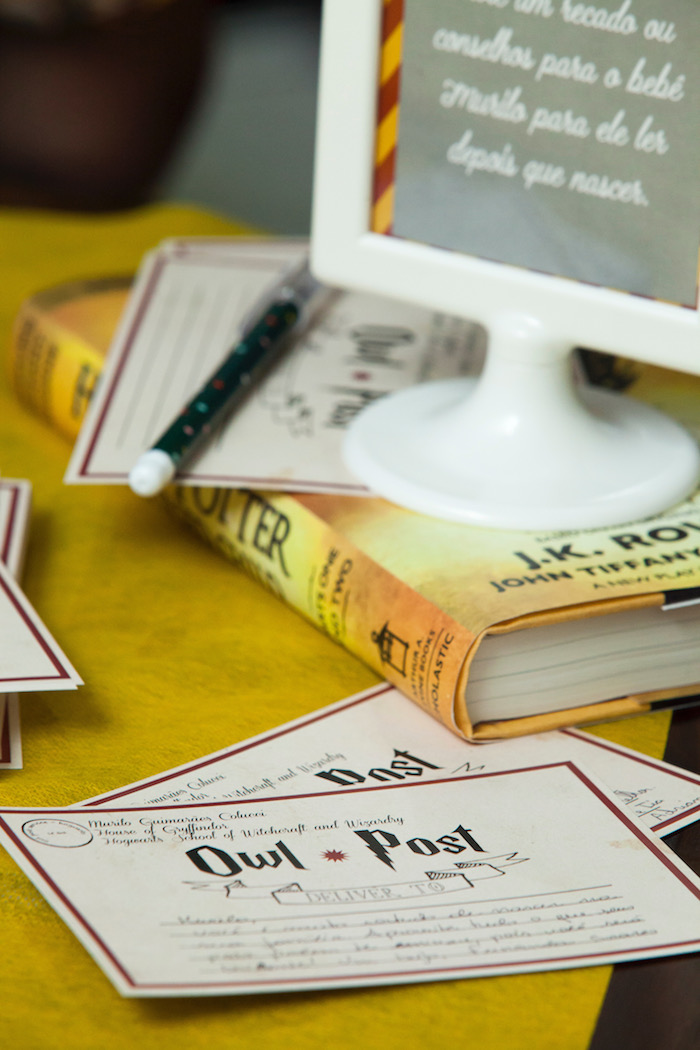 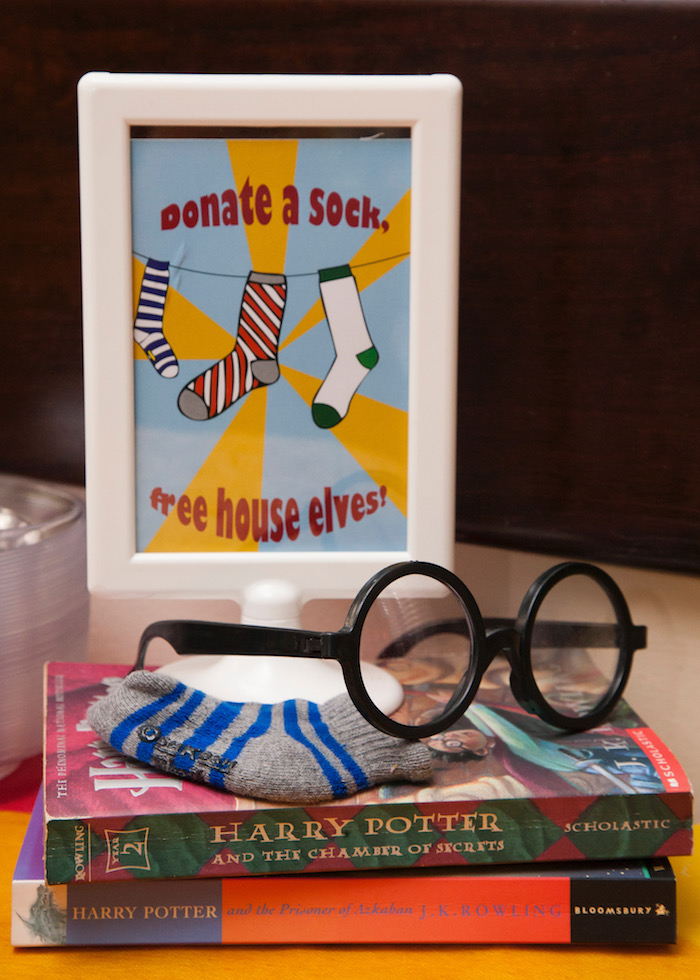 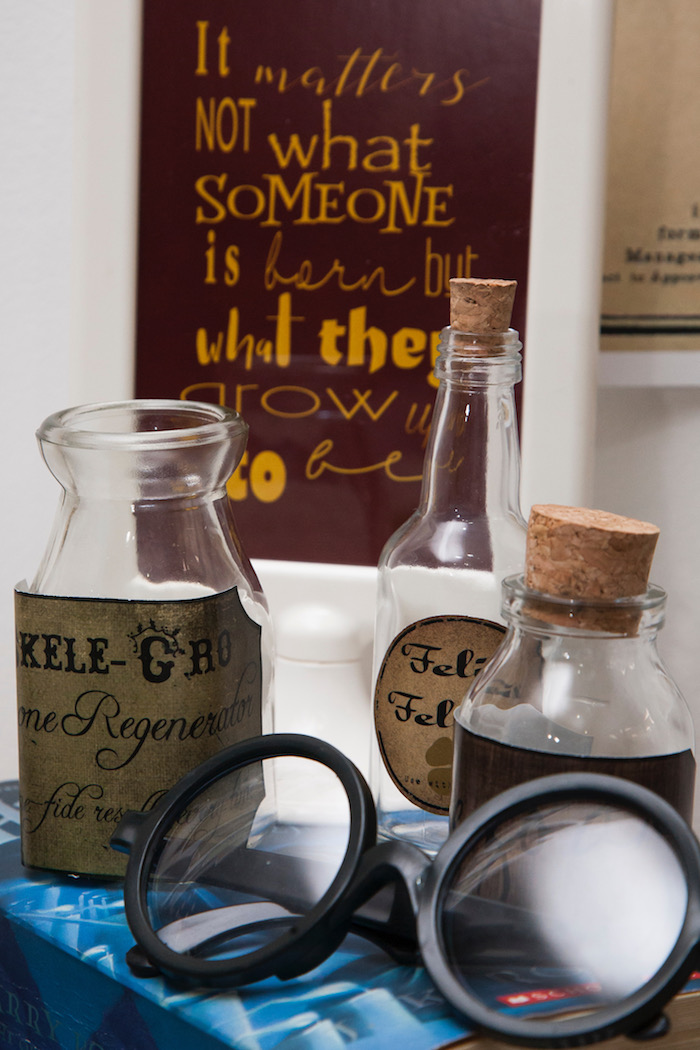 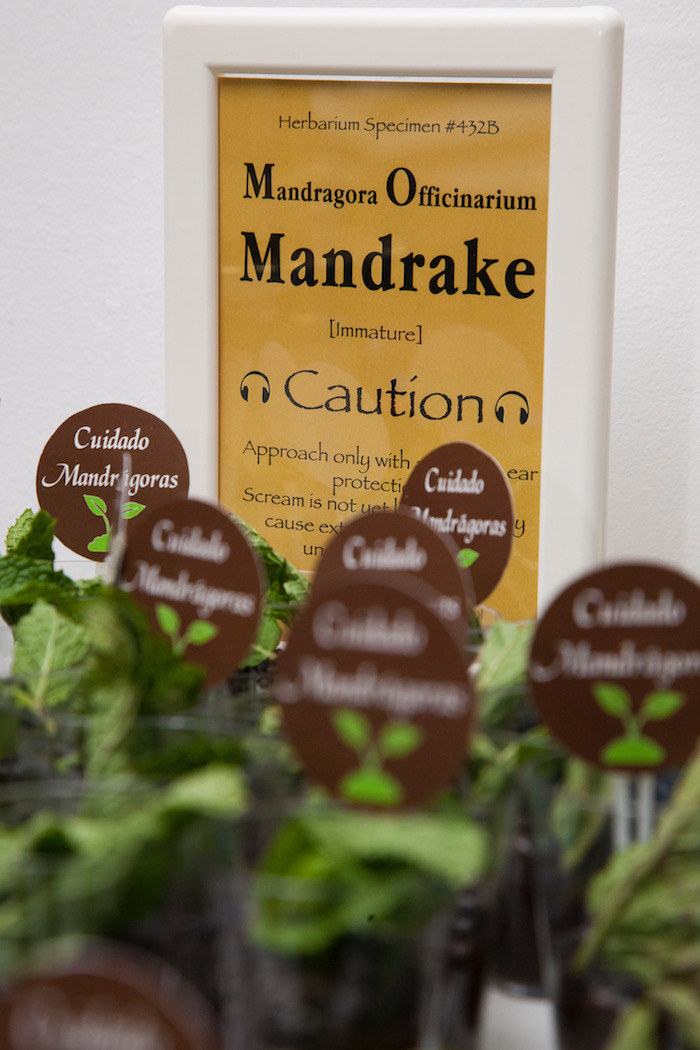 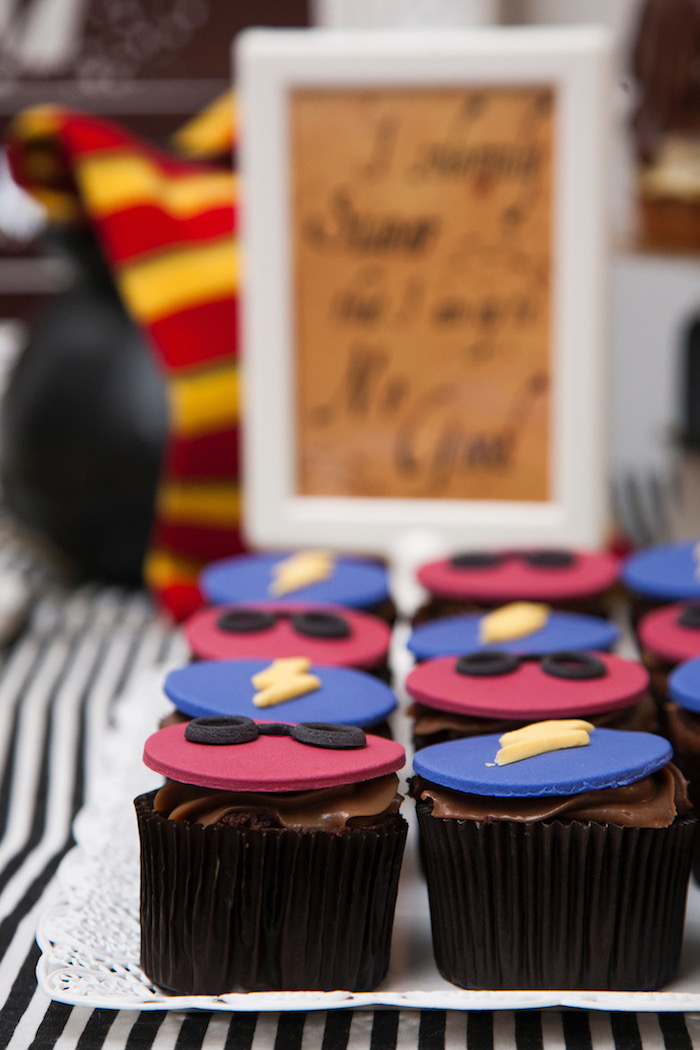 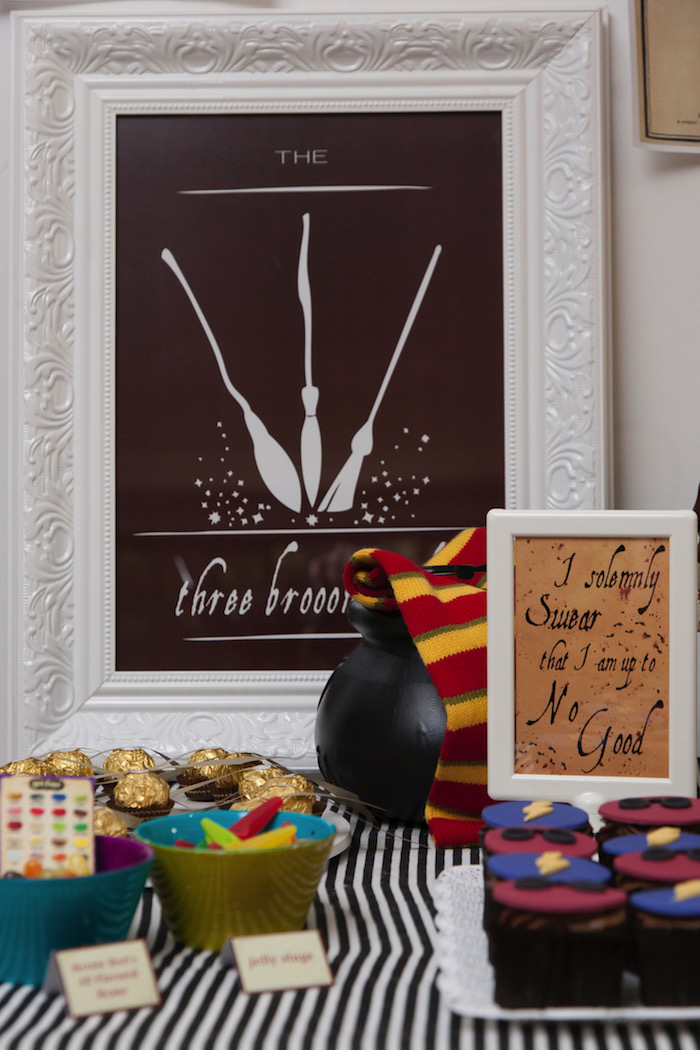 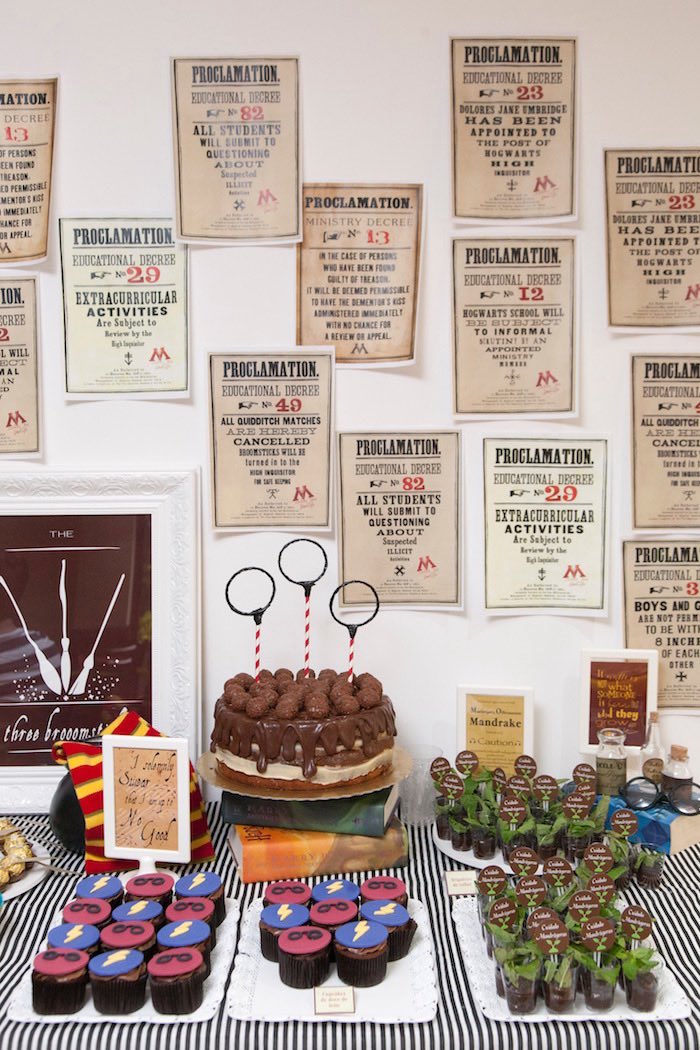 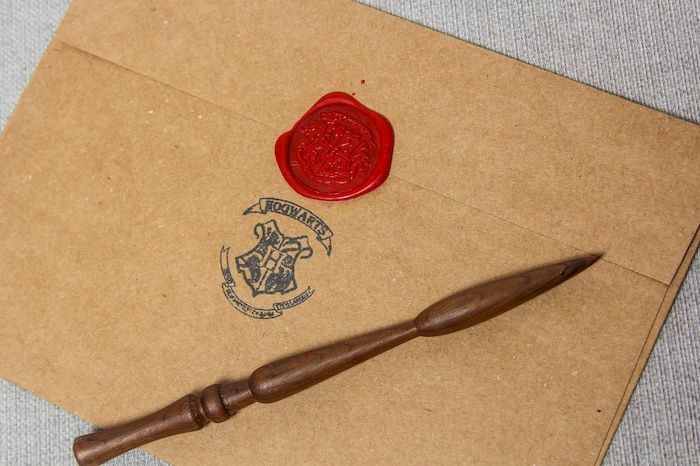 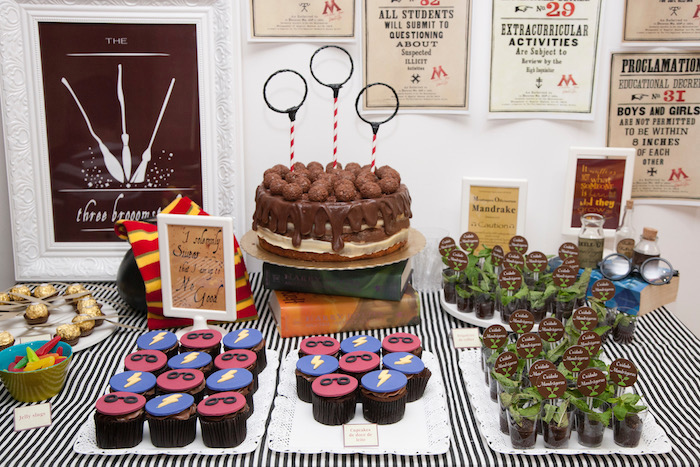 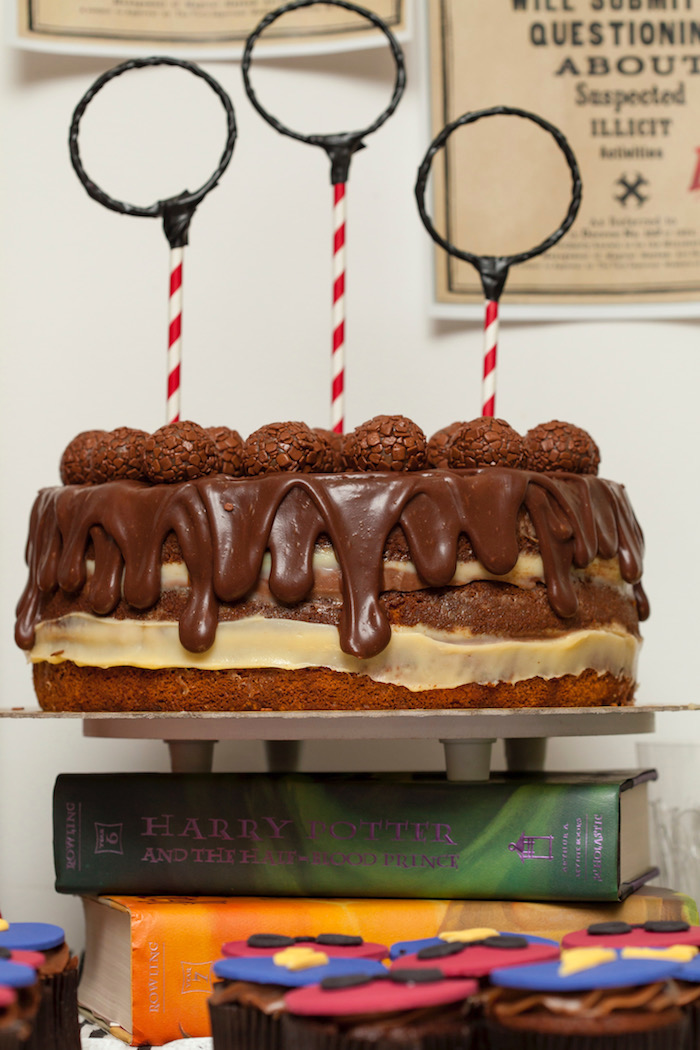 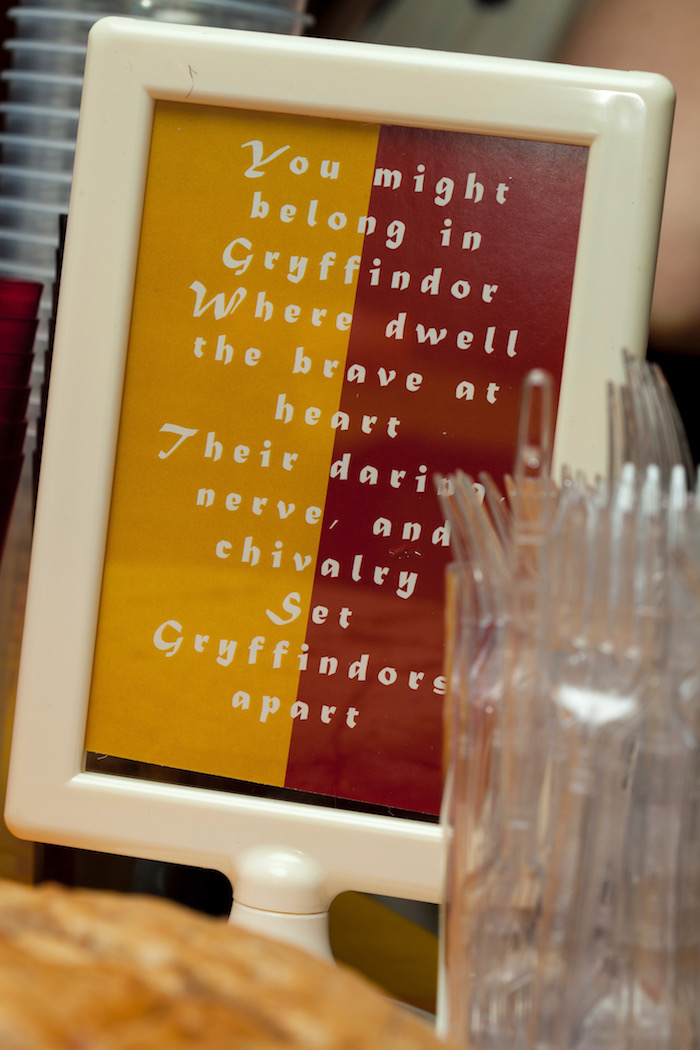 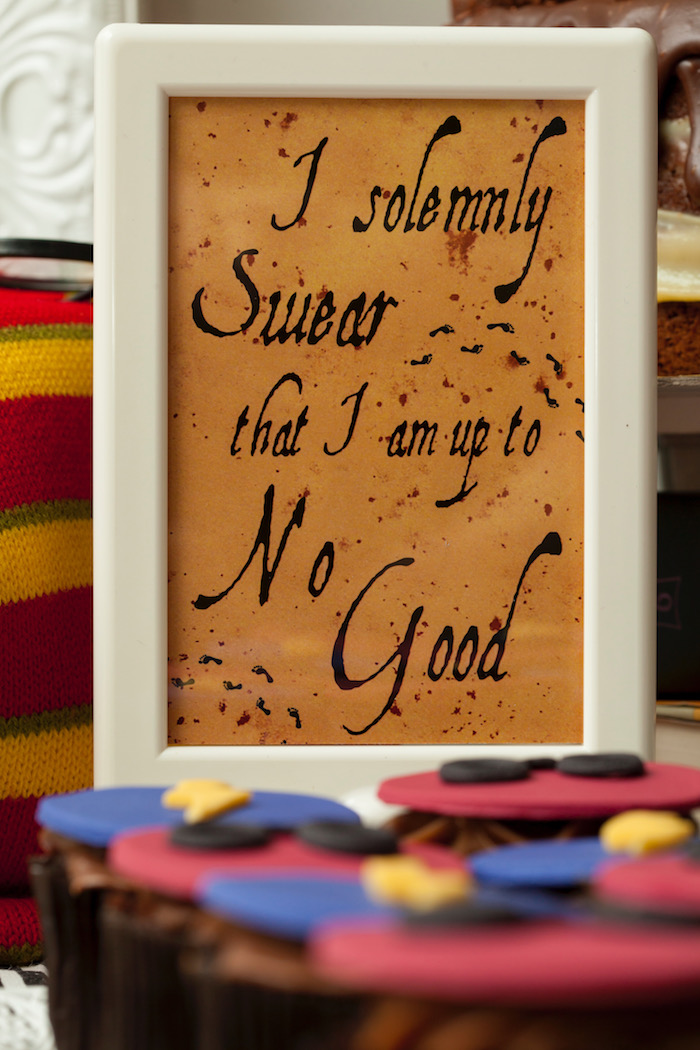 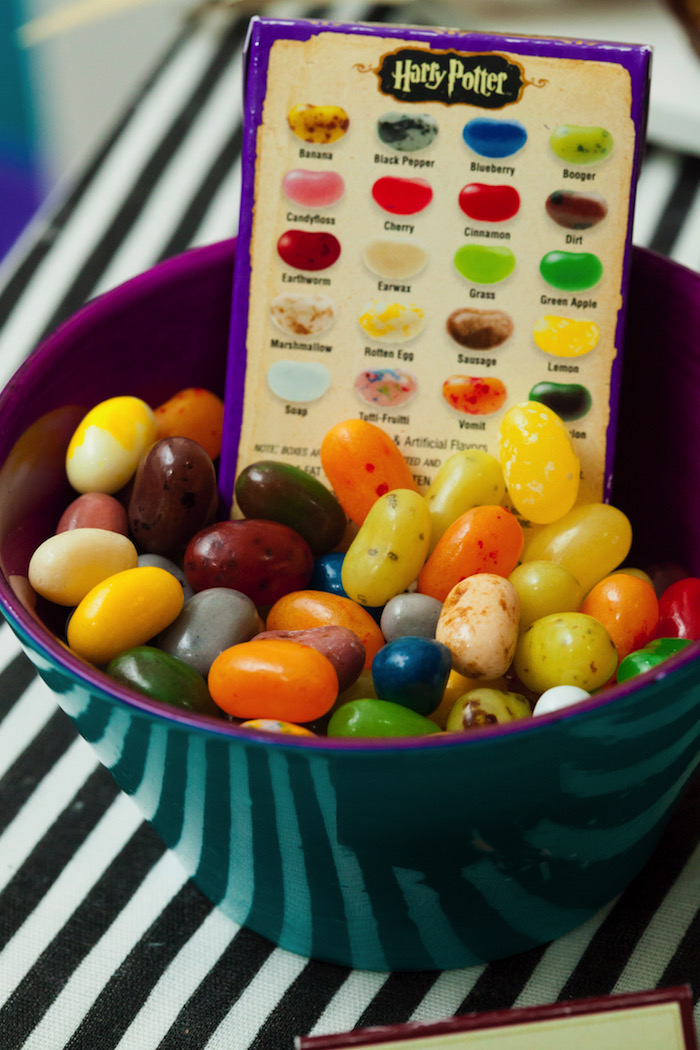 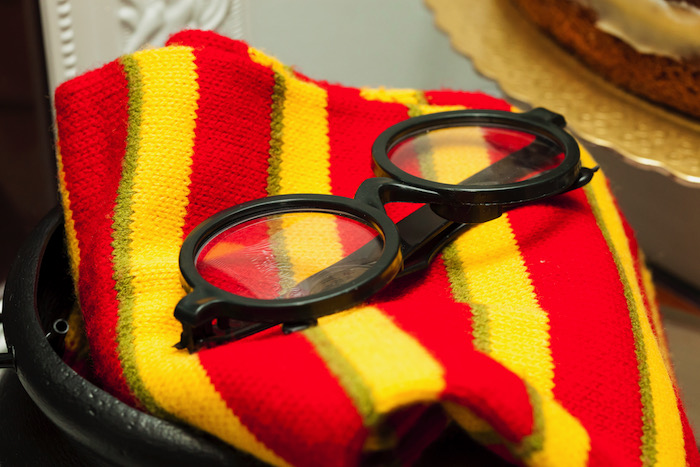 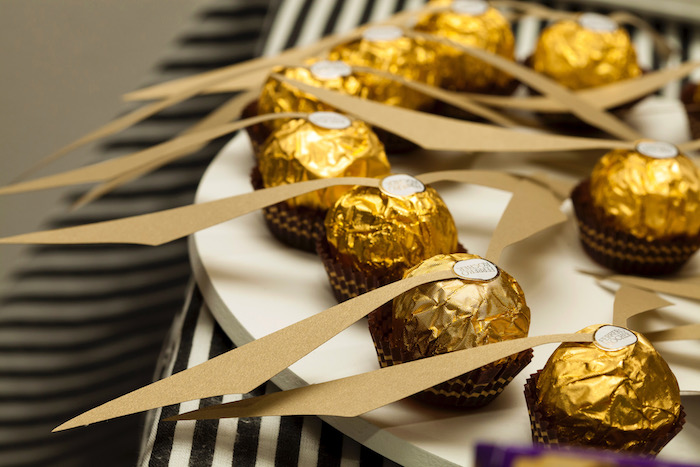 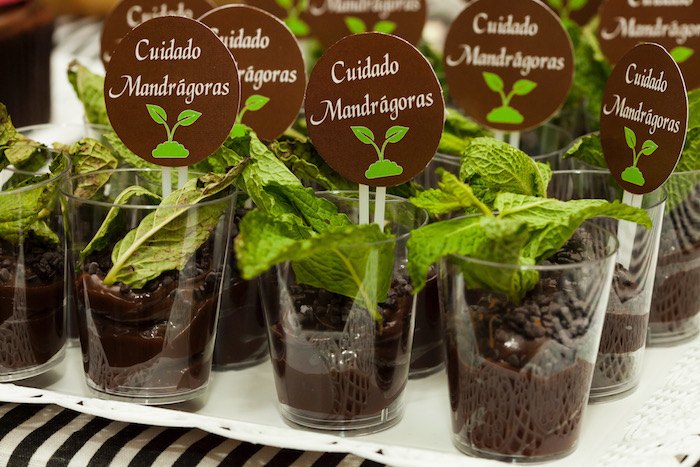 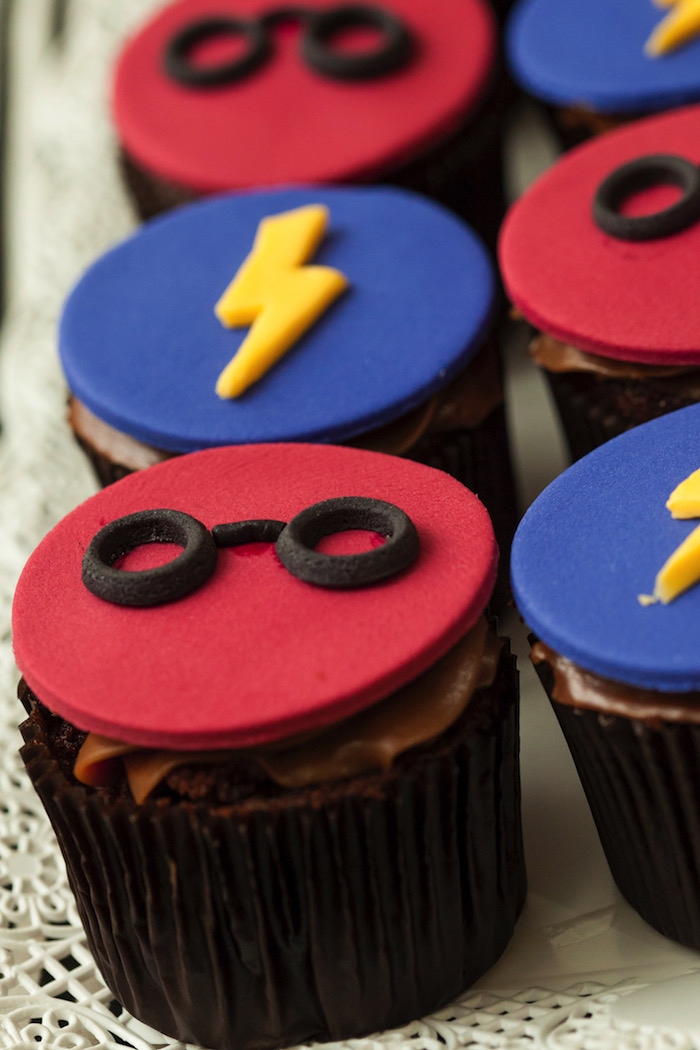 This is what Thais shared about the party

– “I love party planning and the second I found out I was pregnant, I already started thinking about what my baby shower would be like.
After a couple of hours, I had already decided that, no matter if it was a boy or girl, the theme just had to be Harry Potter! After all, who doesn’t love Harry Potter, right?

I definitely wanted a DIY type of shower, so I did most of the decoration and I run a party stationery business, so I really got to splurge on the invitations like I never did before for any of my clients. Invitations were sent by snail mail, with a Hogwarts wax seal and stamp. Recipient’s names were hand calligraphed and I wanted them to think that they had really gotten a letter from Hogwarts – which they did.

The invite was a copy of the Daily Prophet newspaper, announcing the new baby and the baby shower. It came with a ticket to board Hogwarts Express, on Platform 9 3/4 on the day of the shower.
For the decoration, I used my Harry Potter books, because they have that old parchment feel, with small potion bottles and plastic Harry Potter glasses. We designed a few small signs that were scattered around the tables, with Harry Potter book quotes.
For the table backdrop, I printed out some Educational Decree Proclamations, from the Order of the Phoenix movie and photocopied them to cover the entire wall.

I didn’t want to have a themed cake because I wanted something extremely delicious (can you tell by the pictures?). So instead, I made a Quidditch cake topper out of straws and old bracelets with insulating tape.
Also, I wanted baby Murilo to cherish his shower forever, so we made Owl Post postcards, so that guests could write hopes and wishes to him. I hope one day when he reads them, he can tell how awesome his shower was”.