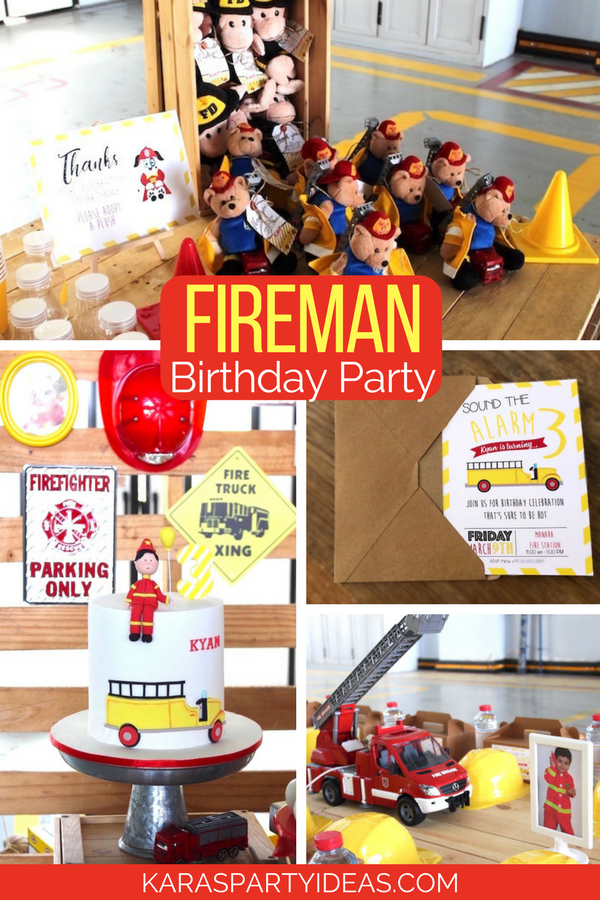 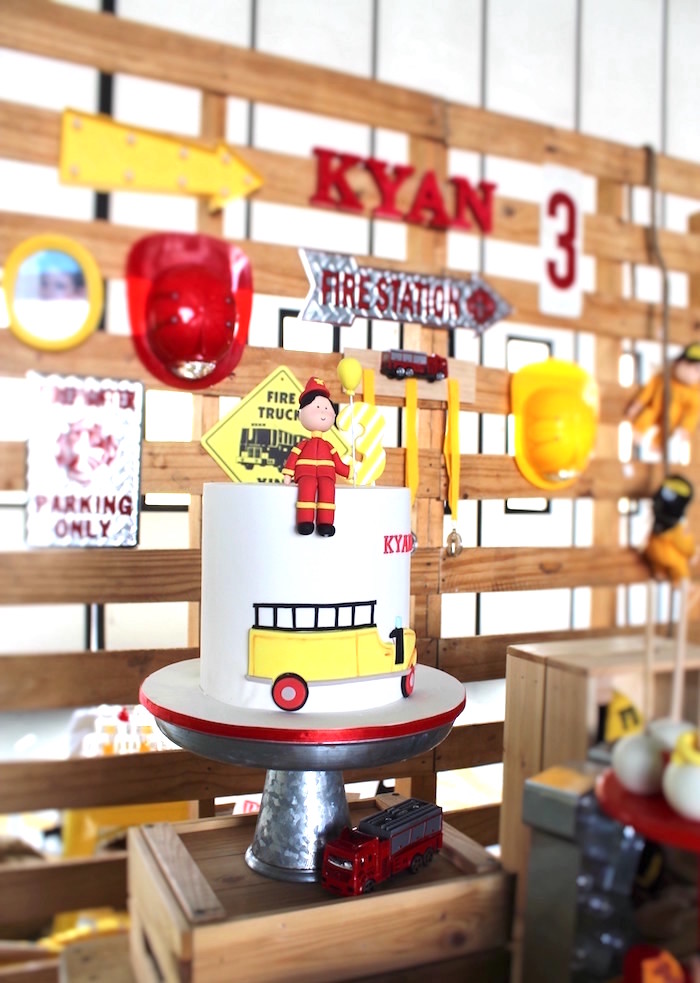 Listen for the call and gear on up, this Fireman Birthday Party by Mirna Merhi, out of Dubai, is flaring up!

Filled with fun for the heroic and brave, this birthday bash is a blazing fave!

So jump on a truck and ride in fast, the following fired up elements, are an absolute blast: 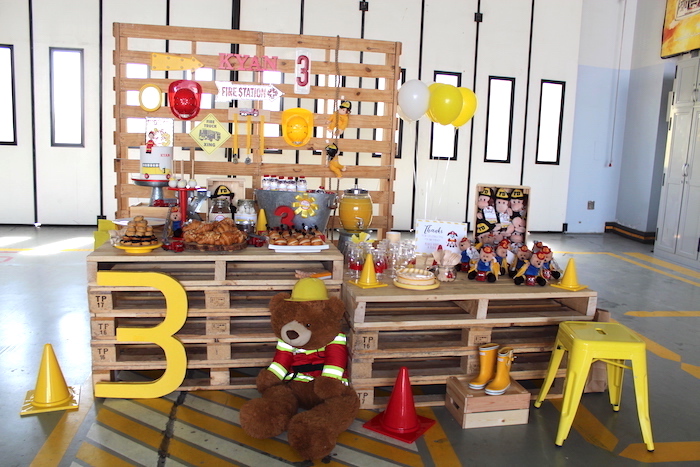 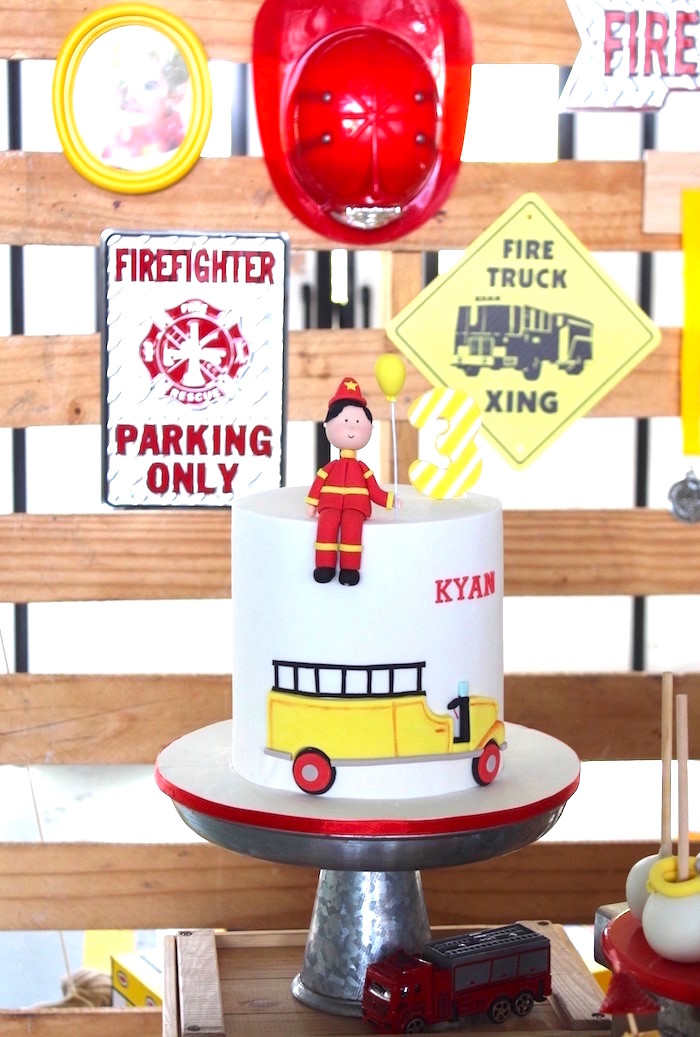 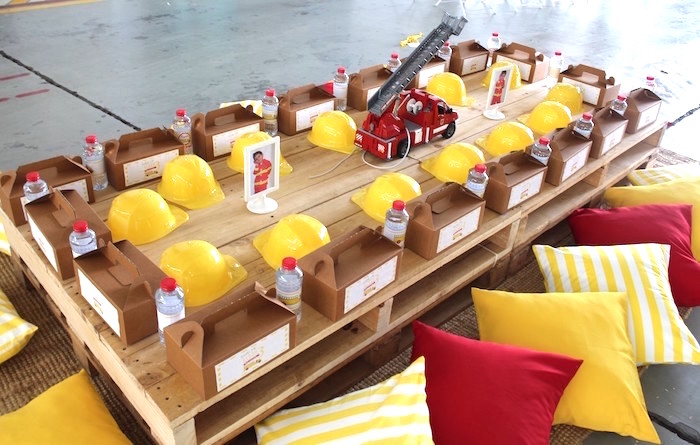 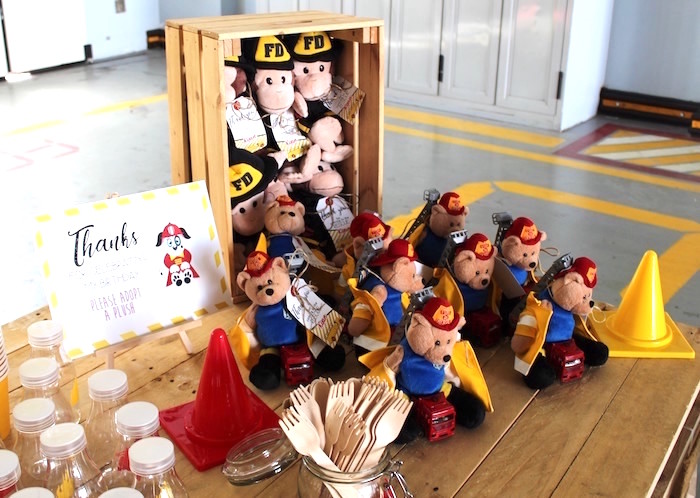 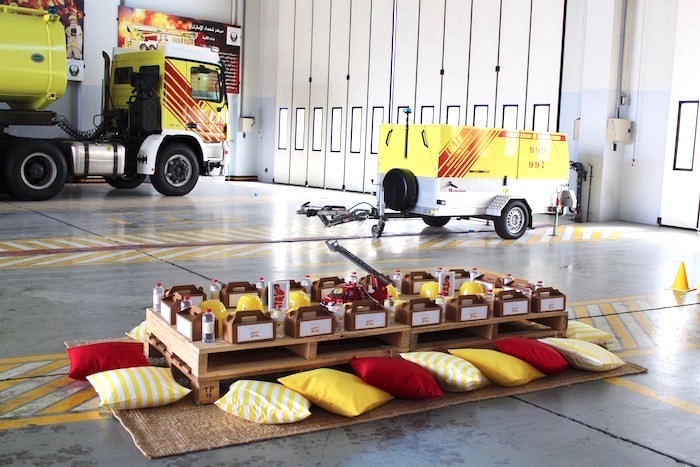 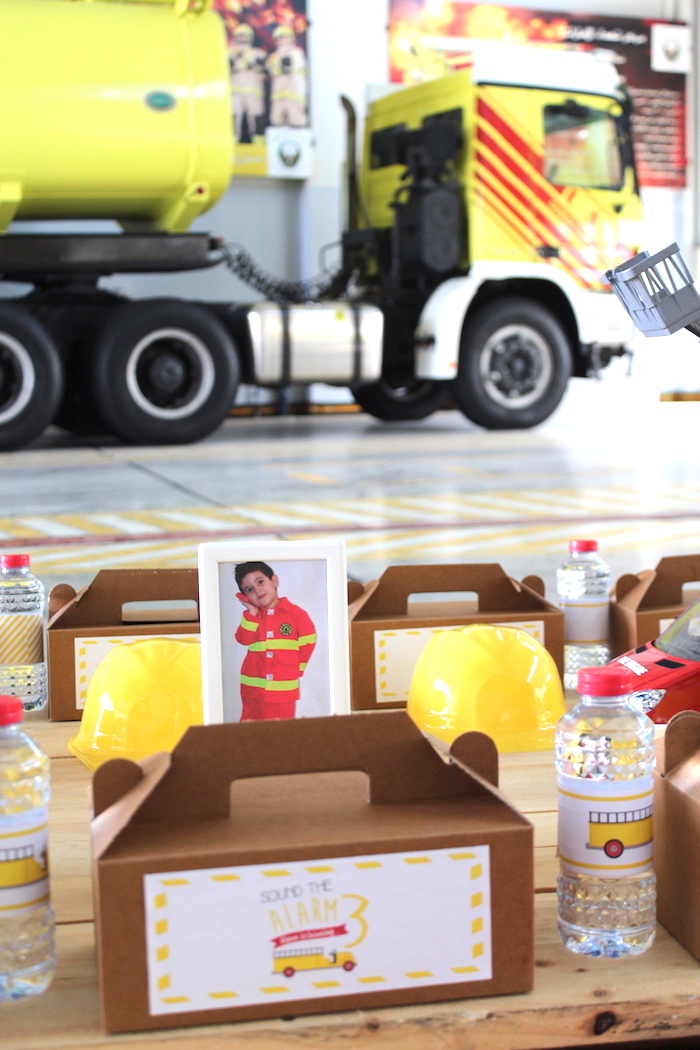 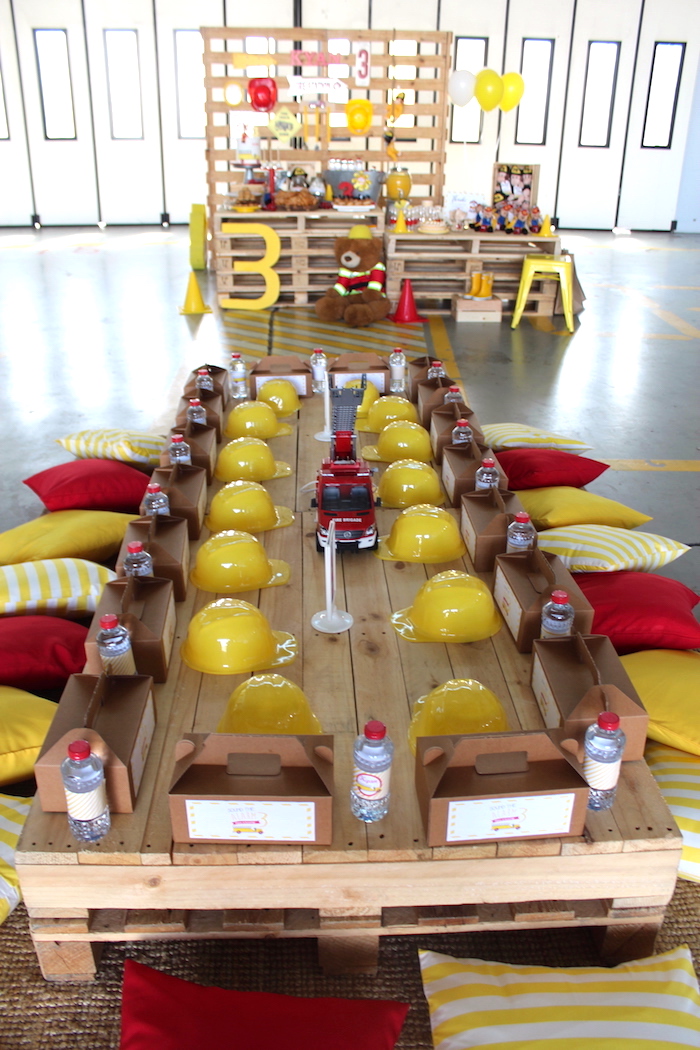 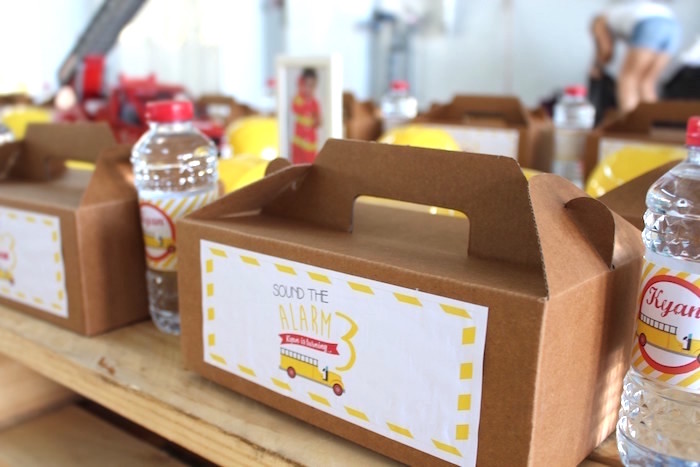 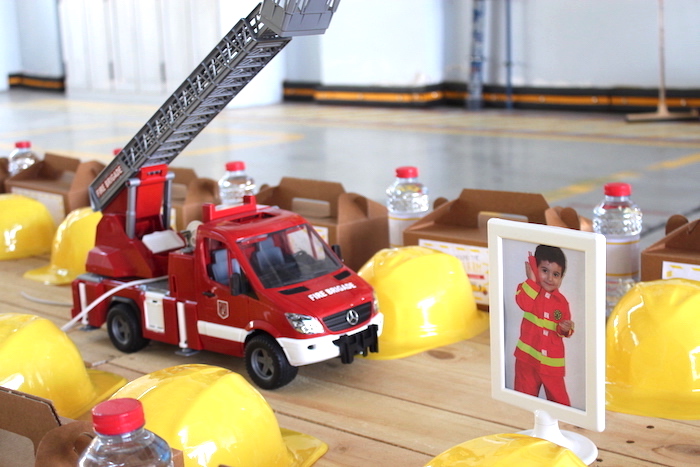 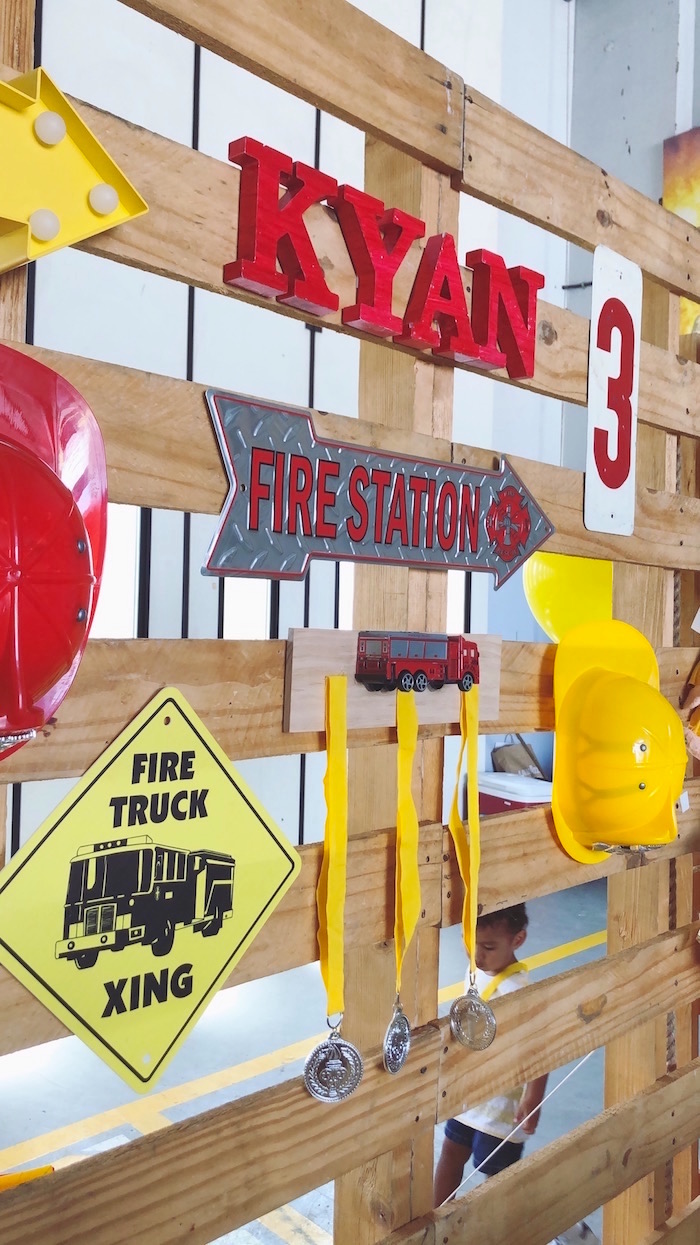 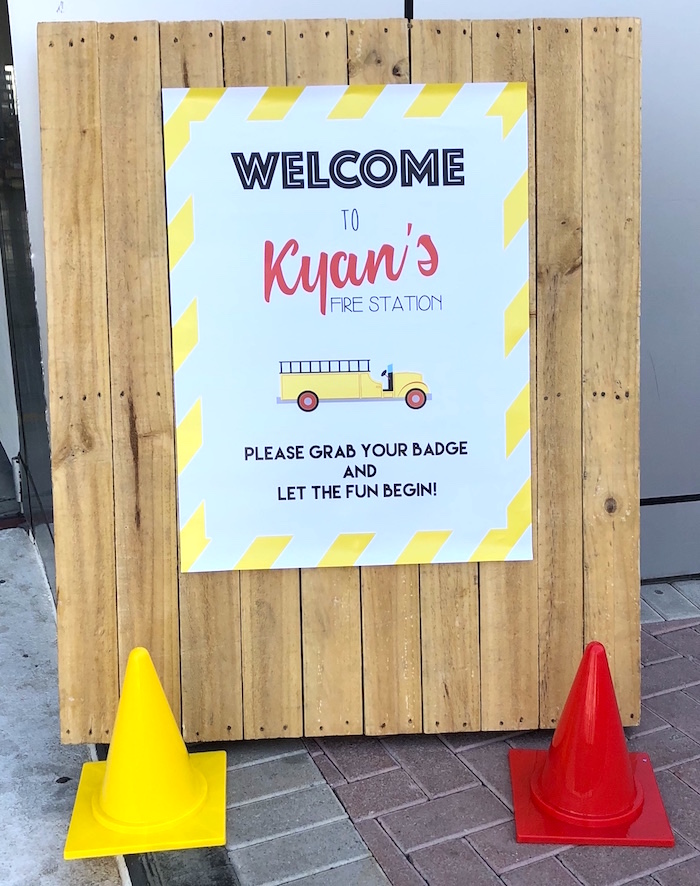 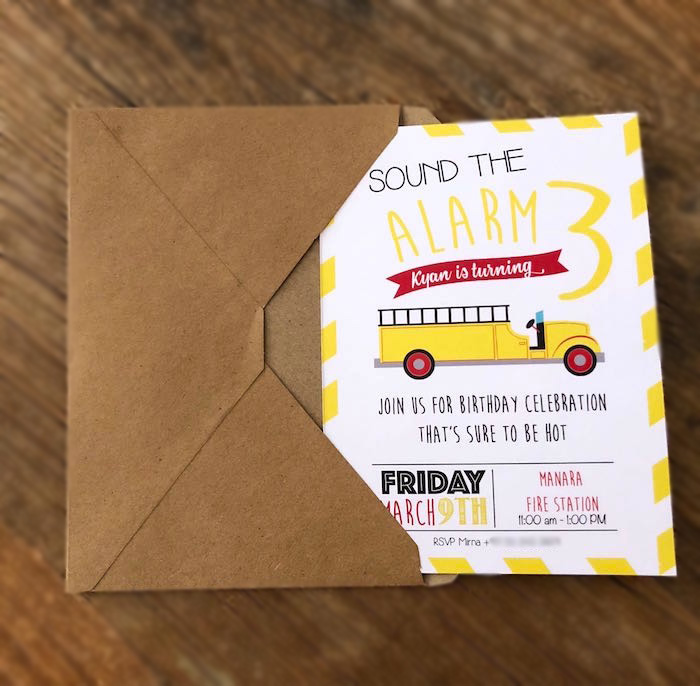 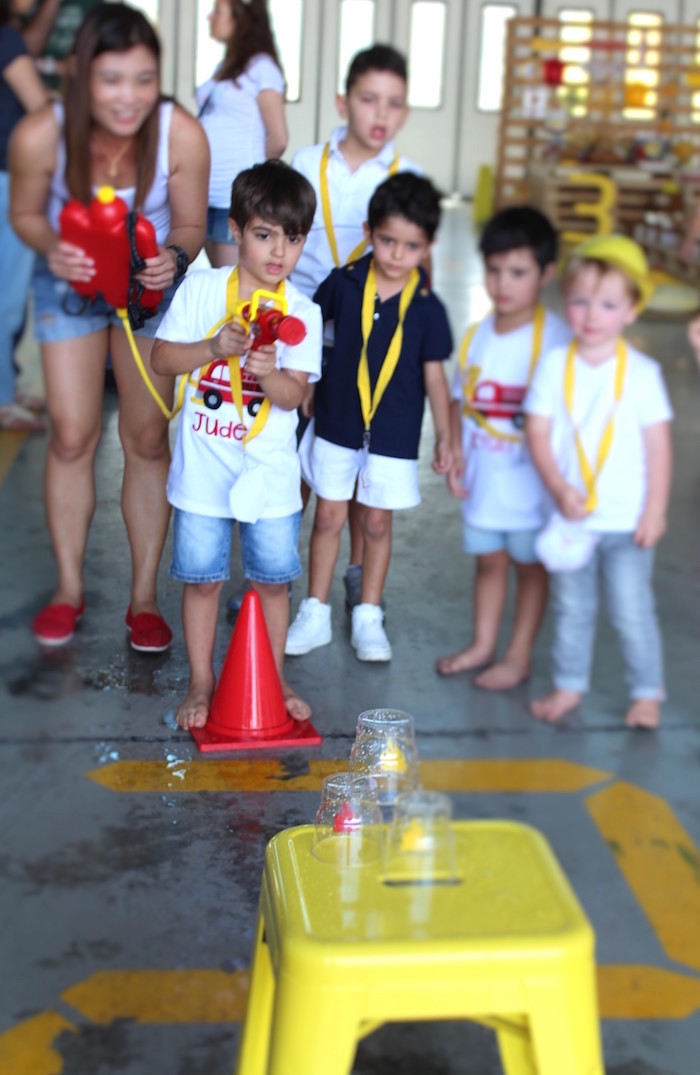 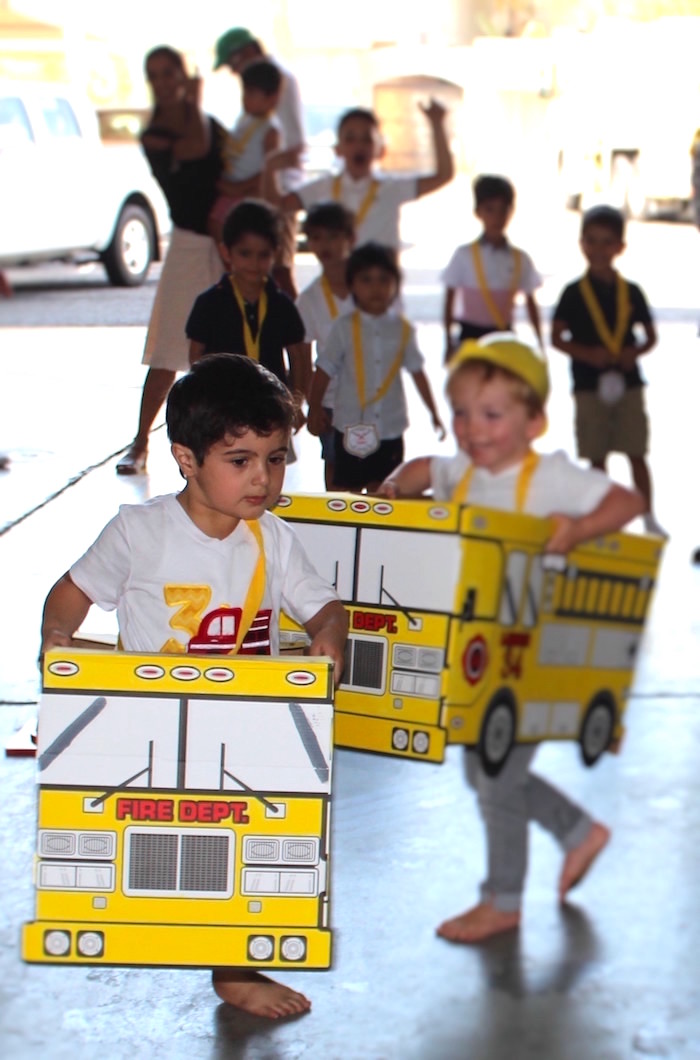 “Kyan is obsessed with firetrucks, he wants to grow up to become a fireman:)
A few months back he attended a birthday party in the Firestation and since then he kept saying my next birthday will be in the Firestation.
I decided to do something a bit different, so I opted for a wall gallery as my backdrop and used lots of galvanized items on dessert and food table to give it an industrial feel.
On the day kids started by playing on the bouncy castle, after that, we moved to the games which were lots of fun. After eating and cutting the cake, the firemen took the kids on a tour in the firetrucks and ended that by splashing them with water.

See the best of our Fireman and Firetruck birthday party ideas here!