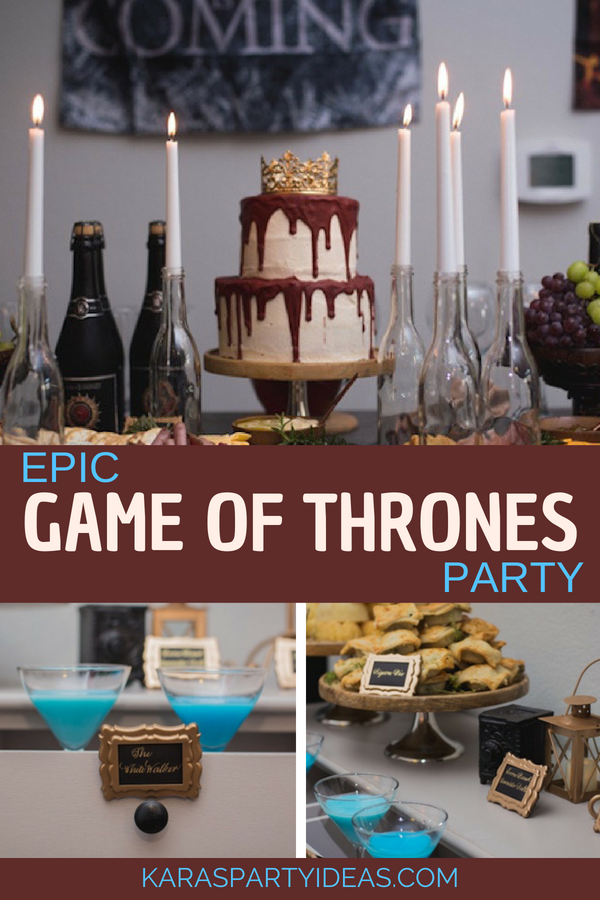 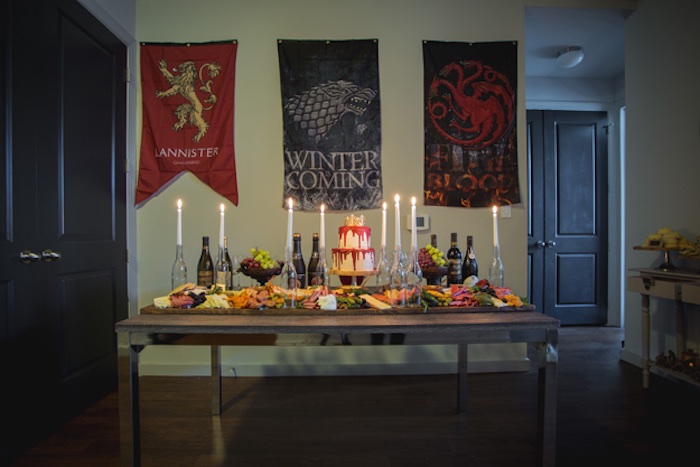 Check out this Epic Game of Thrones Party by Chári Herndon of Chic Home & Styled Parties!

Filled with Game of Thrones details for the loyal fan, this event is packed with medieval fun!

Elements to track down from this grand occasion, include: 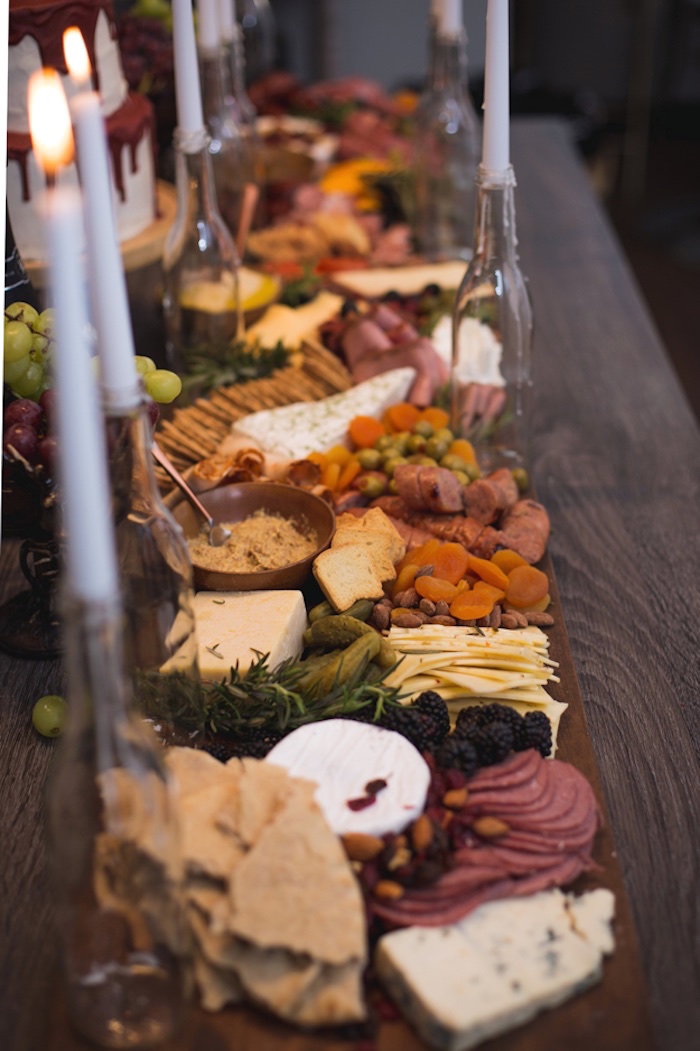 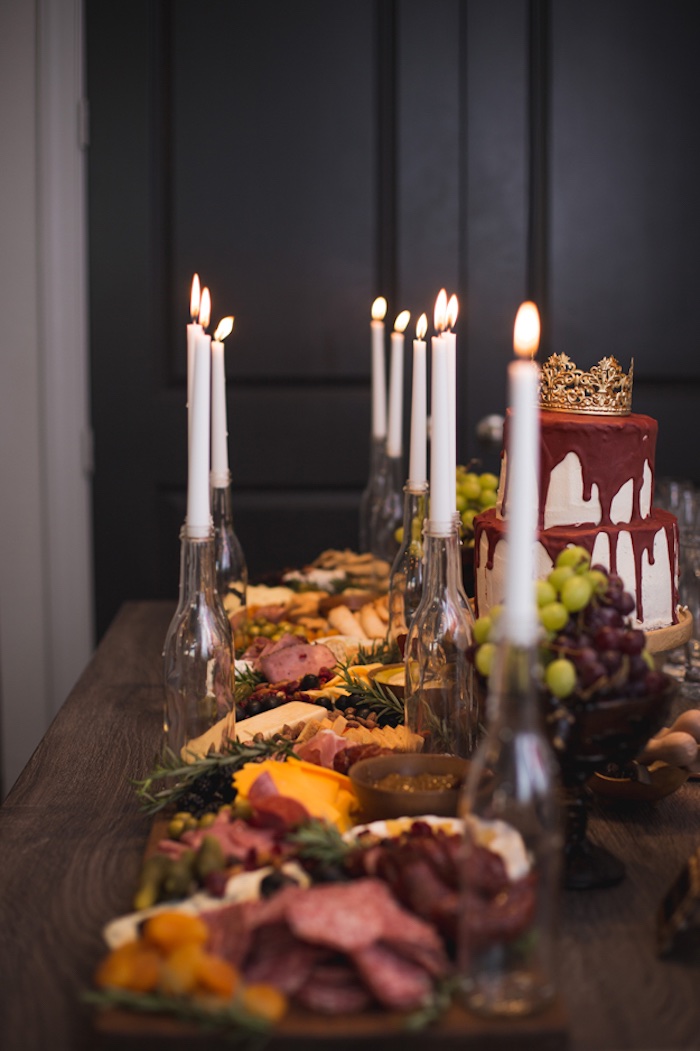 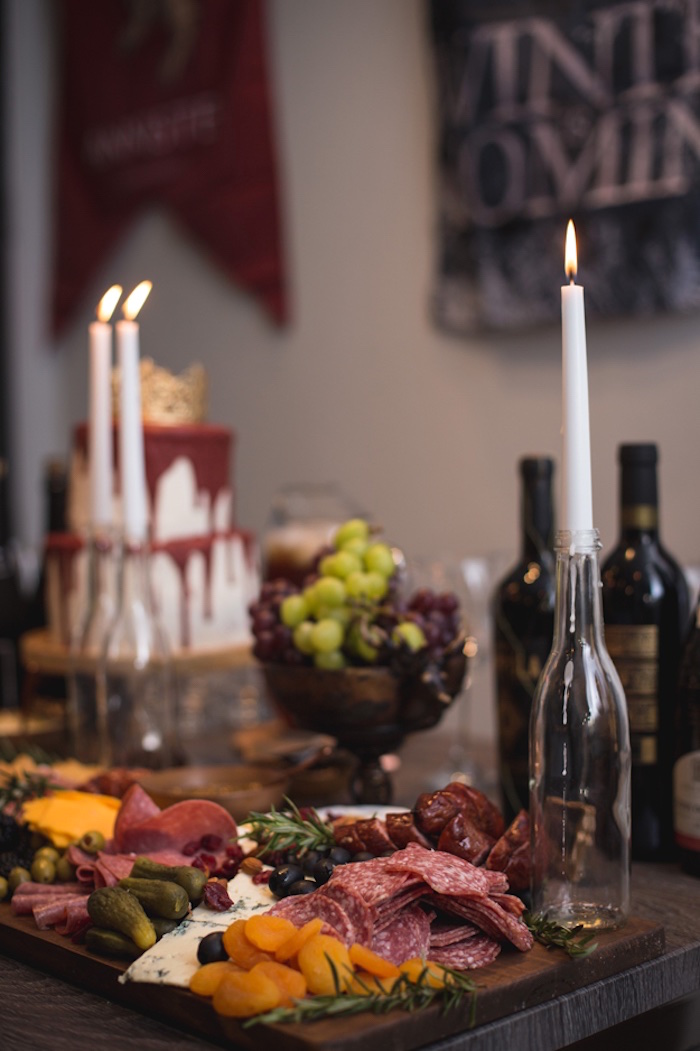 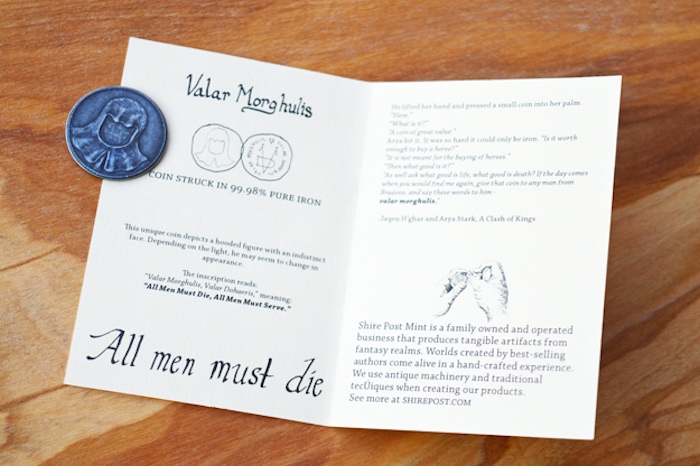 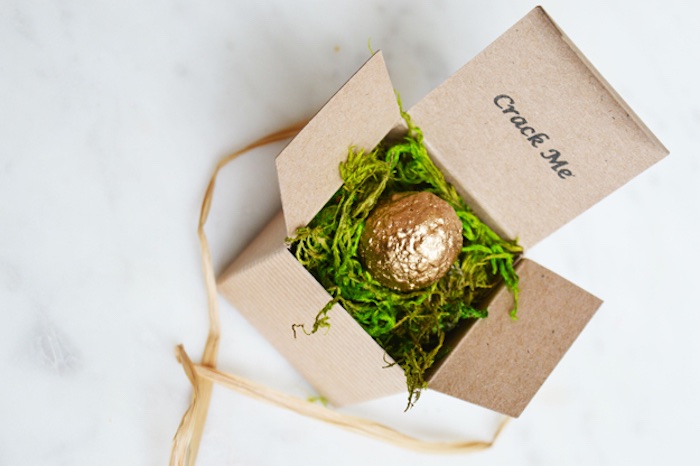 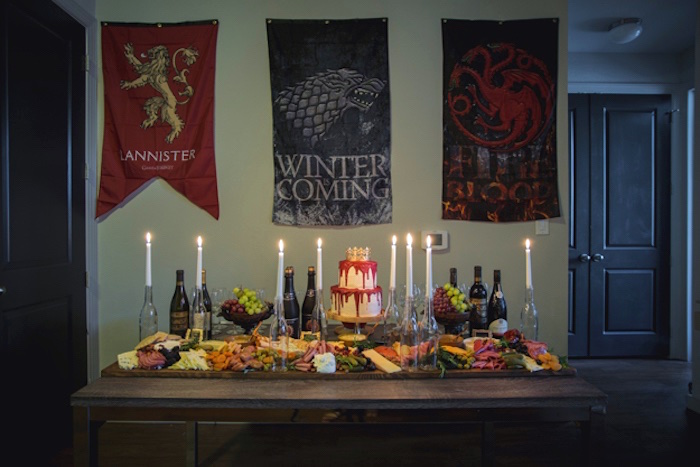 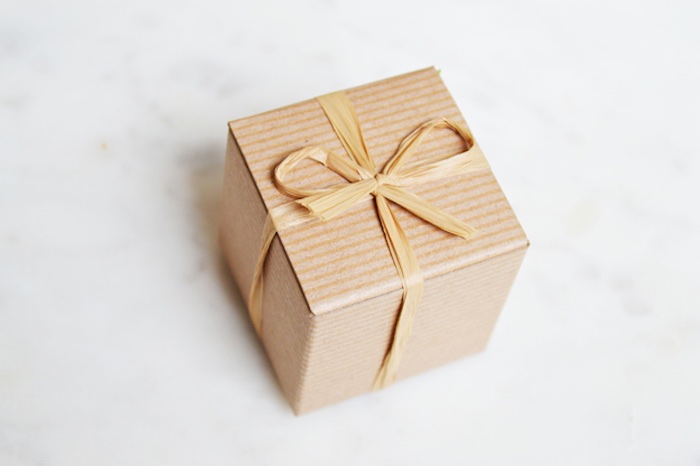 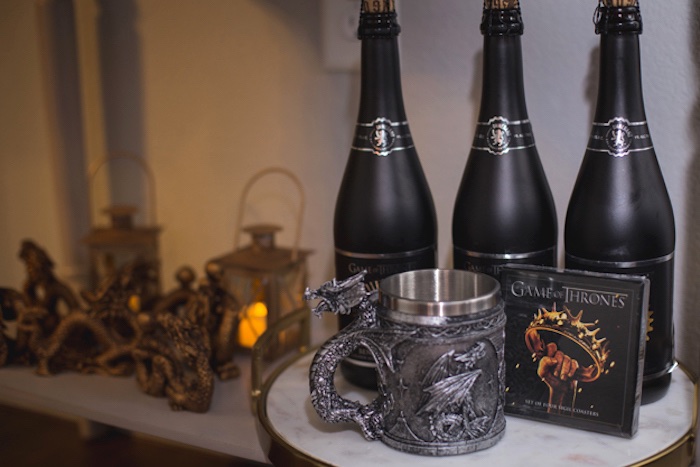 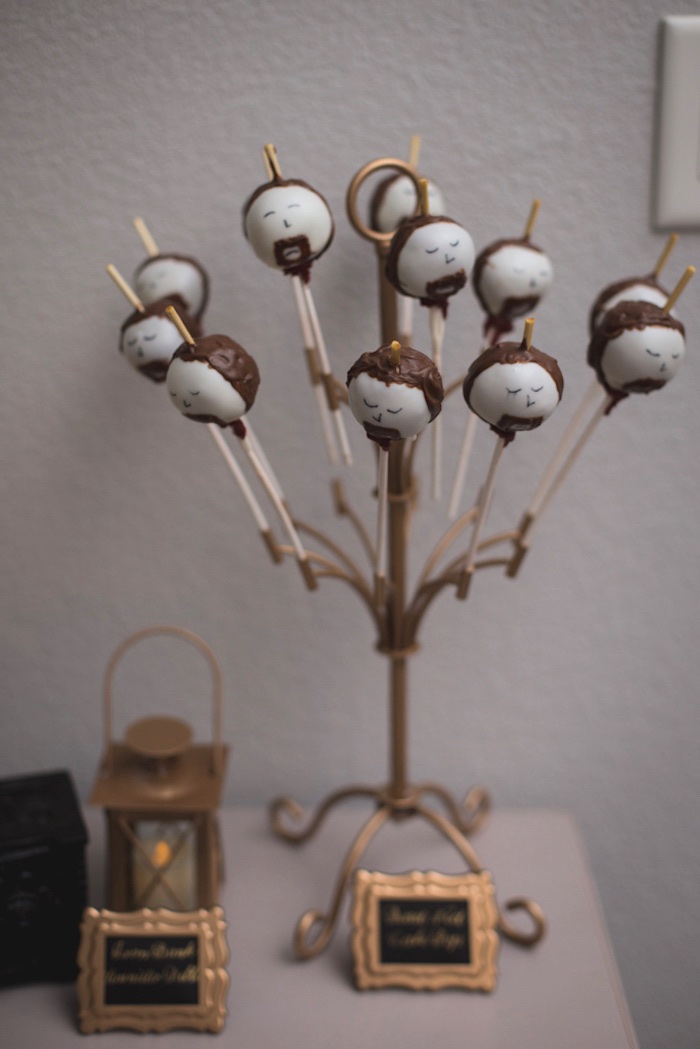 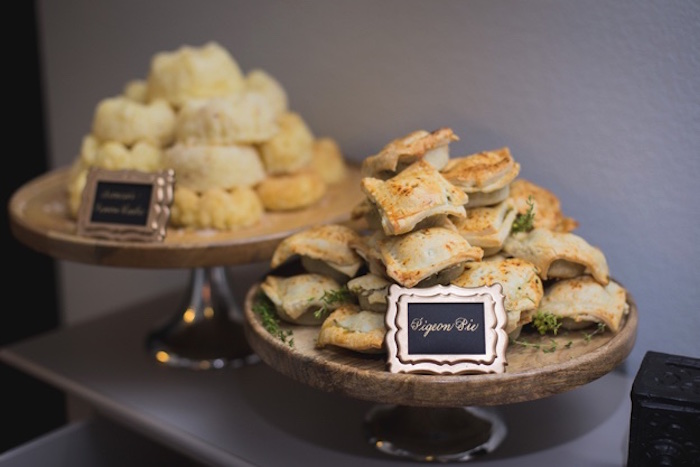 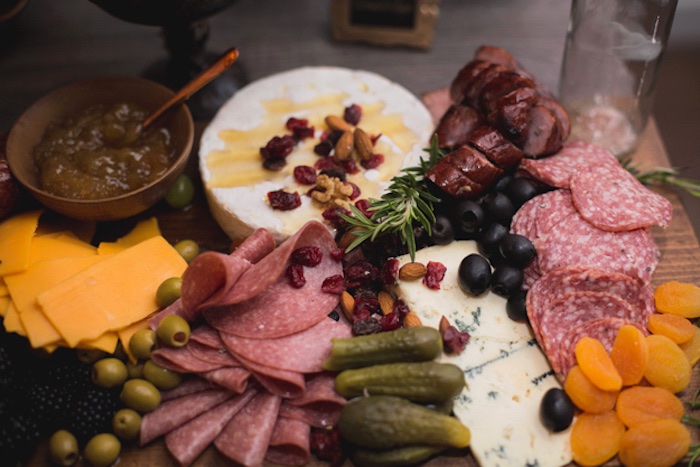 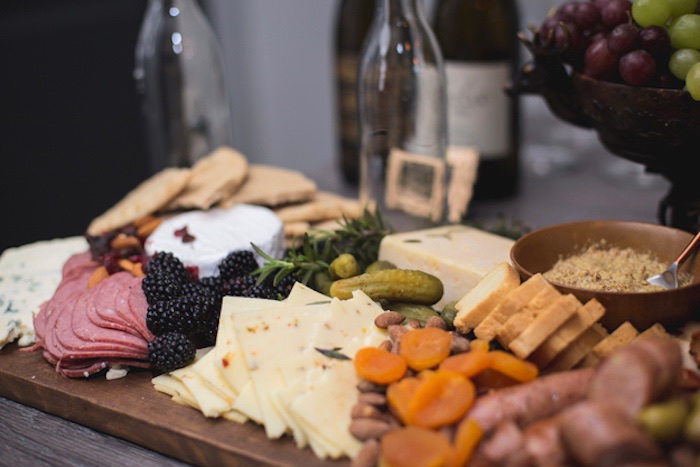 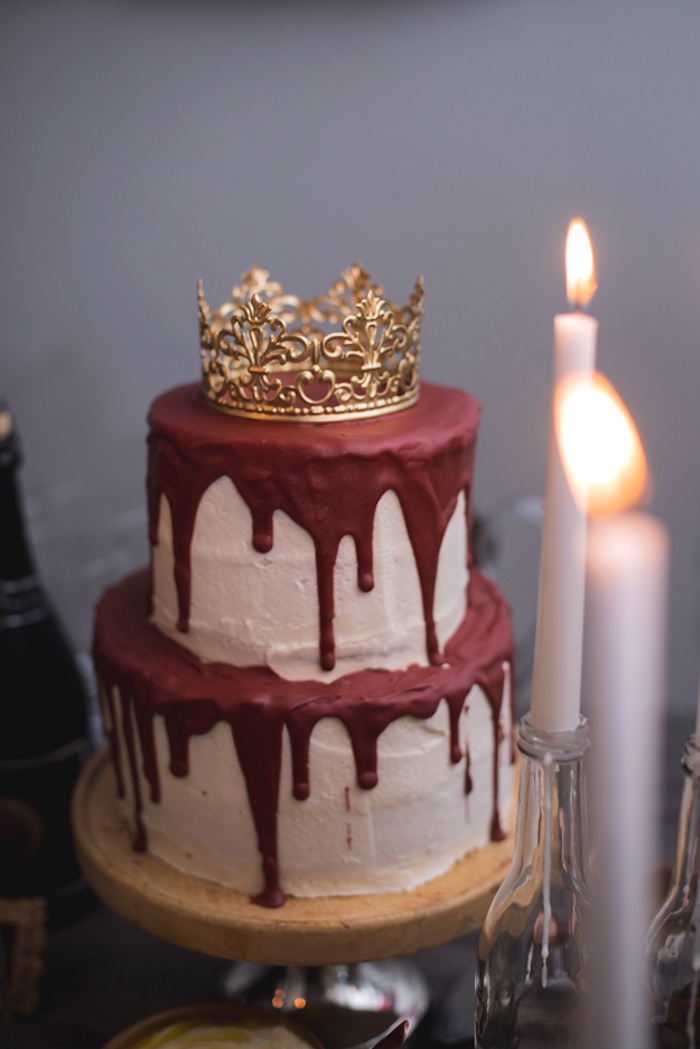 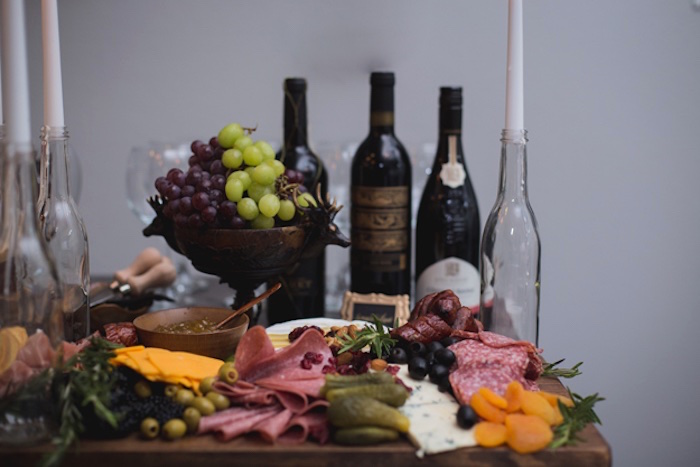 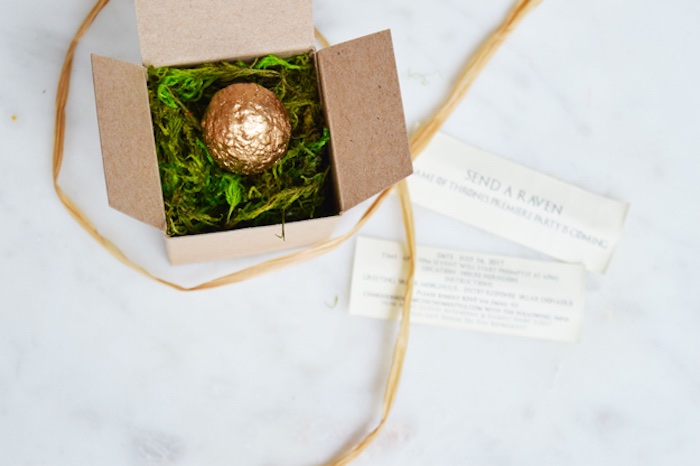 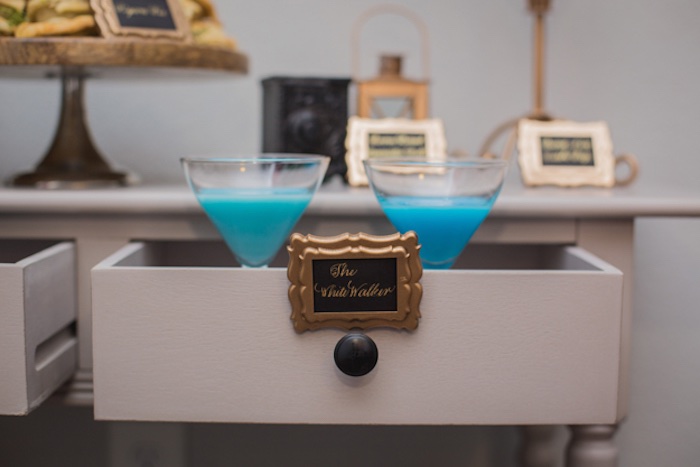 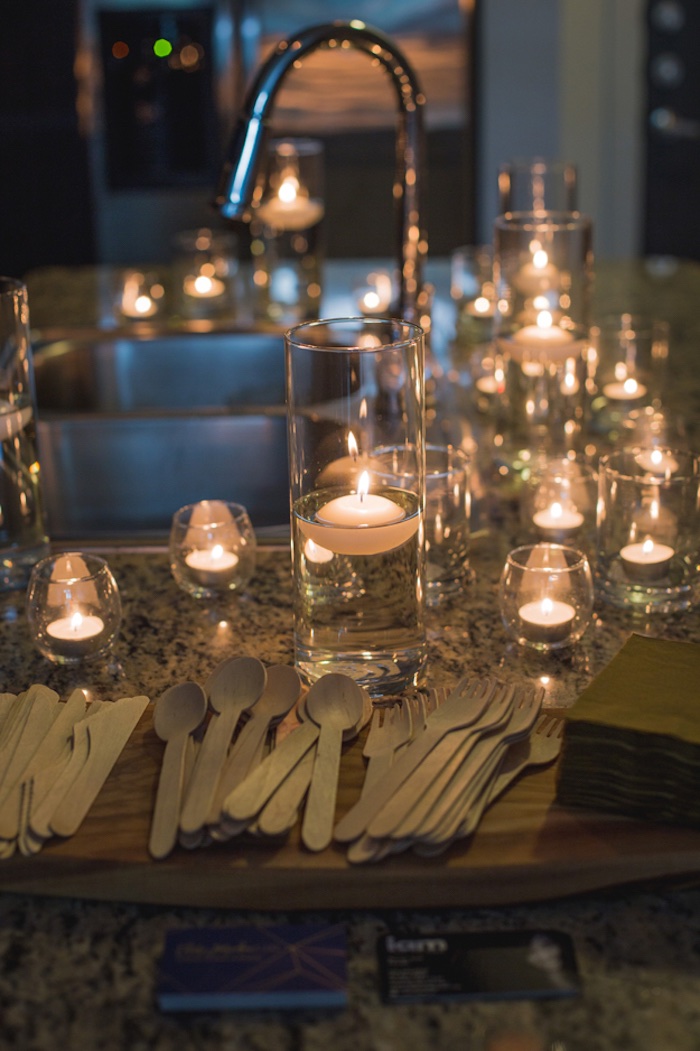 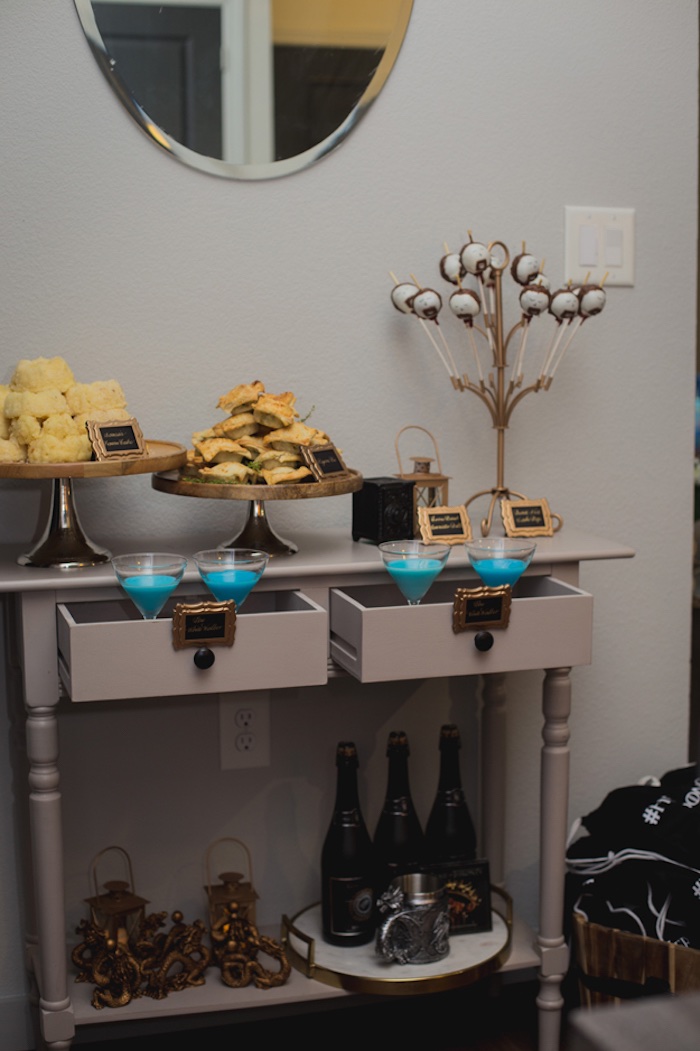 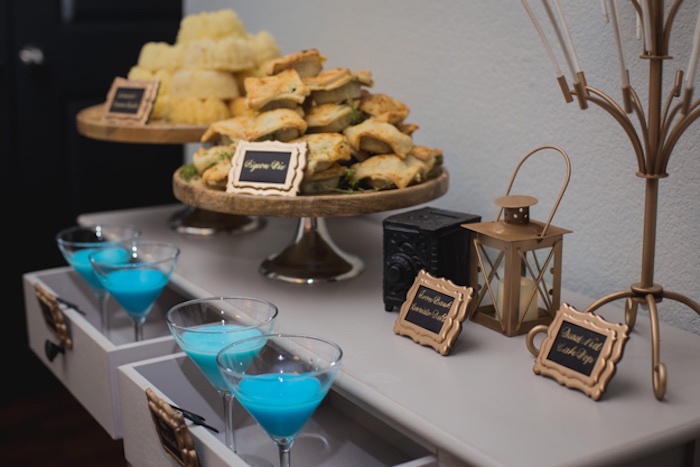 Chári’s party snippet- “I’d like to consider myself The Biggest Fan of HBO’s hit series- Game of Thrones! In fact, I don’t think there’s a bigger fan out there. I’ve watched all seven seasons at least five times, and I’m one of those people who is dying inside that the series is ending soon (let’s take a moment of silence to reflect).

I spared no expense when planning this party, and the magic started for my guests from the moment they received their Dragon Egg Invites. I worked with an Etsy shop – Little Elephant Crafts to custom design gold-dipped dragon eggs (but wait, it gets better). The eggs were REAL quail eggs with the party details tucked inside, so the guests had to crack them to get the event details!

Part 2 of my invites was equally as cool, and true Game of Thrones fans will love this. All the guests who RSVP’d to the party received their very own “Faceless Man Coin” with instructions for attending the event! I worked with Shire Post Mint to make the Faceless Man coins for my guests. They are beautifully made by hand and struck from solid iron.

I decided I wanted to gift each guest a swag bag with themed goodies! We had drawstring bags made with our party hashtags, and t-shirts, designed by Arkansas Graphix.

I set out to transform my apartment into a scene from the hit series! As guests entered the apartment the lights were dimmed, and candlelight filled the room, while the Game of Thrones soundtrack filled the air. I styled and designed a feature table including a 5ft charcuterie board curated by the talented Mariah Scott and a Red Wedding themed cake baked by the amazing Safa Ahmad! Guests were served themed foods for the evening. Safa made “Sansa’s Lemon Cakes” and baked a delicious recipe that was to die for (no pun intended). Mariah did a spin on “Pigeon Pies” which she made from scratch. No Game of Thrones Party is complete without “Dead Ned” cake pops, made by Not Jus Donuts Bakery, and a signature “White Walker Cocktail”.”

CAKE CROWN: THE QUEEN OF CROWNS

See all of our Game of Thrones party ideas!