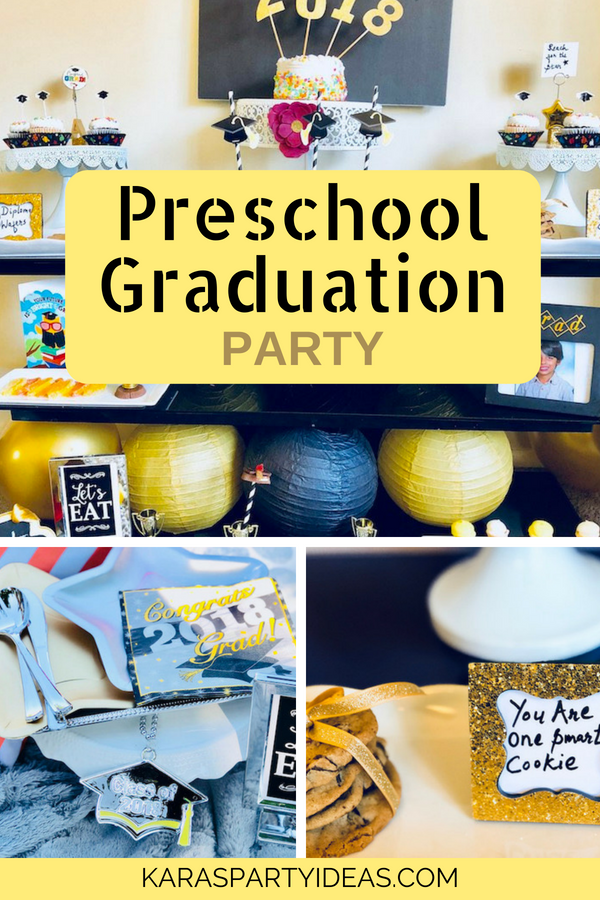 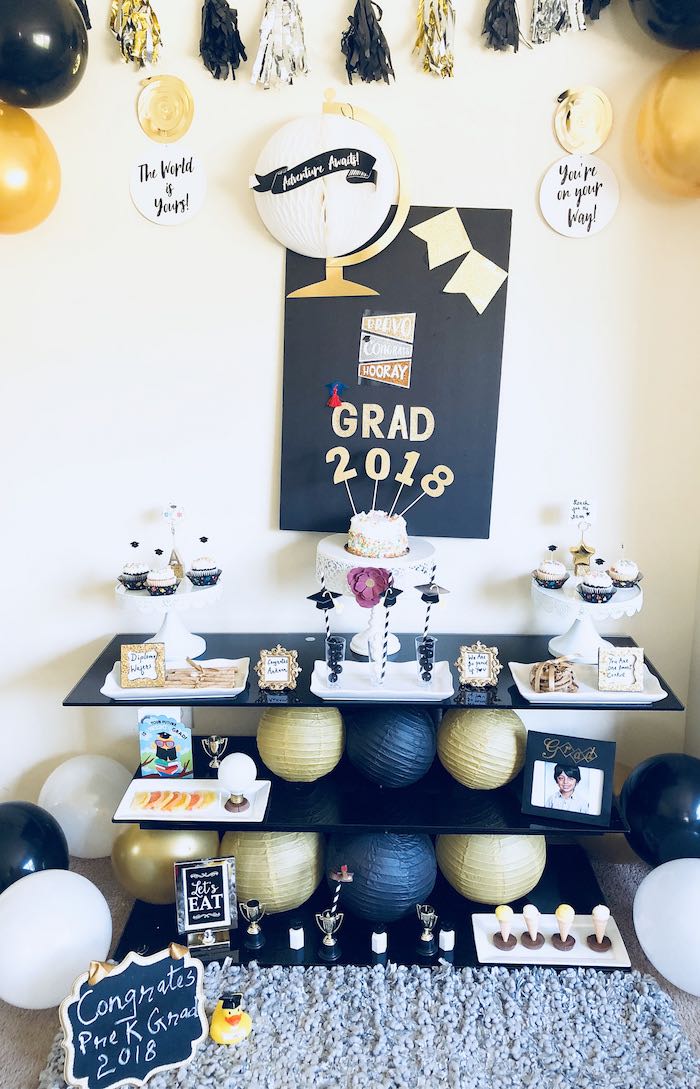 Flip your tassel and toss your hat, this cute Preschool Graduation Party by Krishna Mahida out of Flemington New Jersey, has got your back!

Filled with glam and lots of fun, this fabulous party is packed with graduation party inspiration you have to see!

Some of which, include: 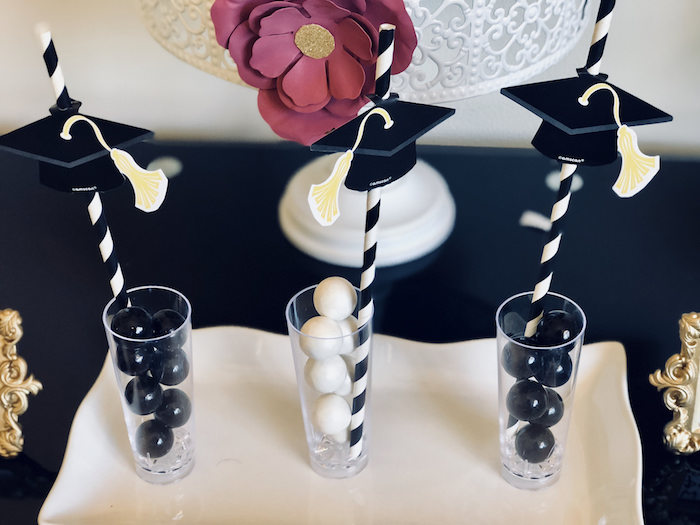 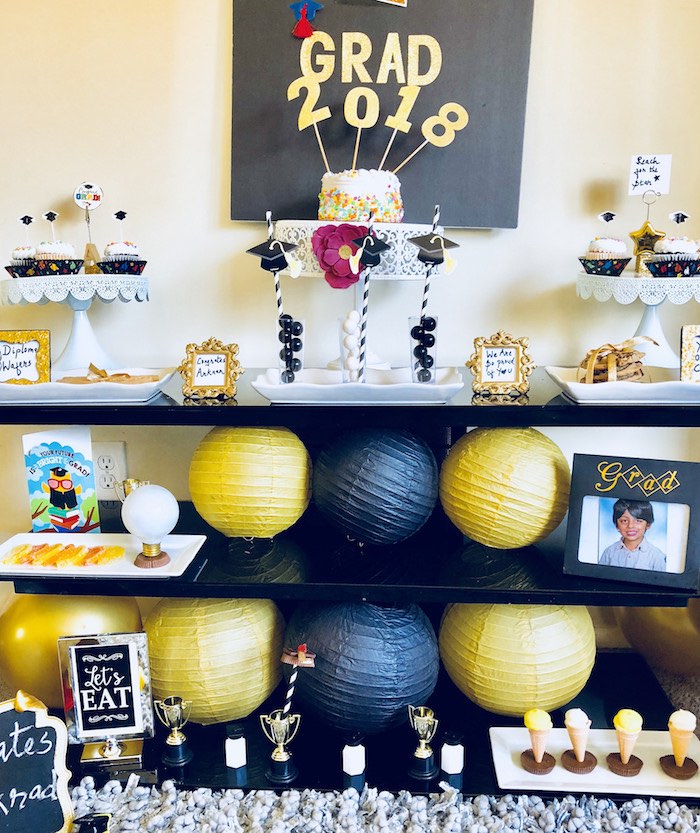 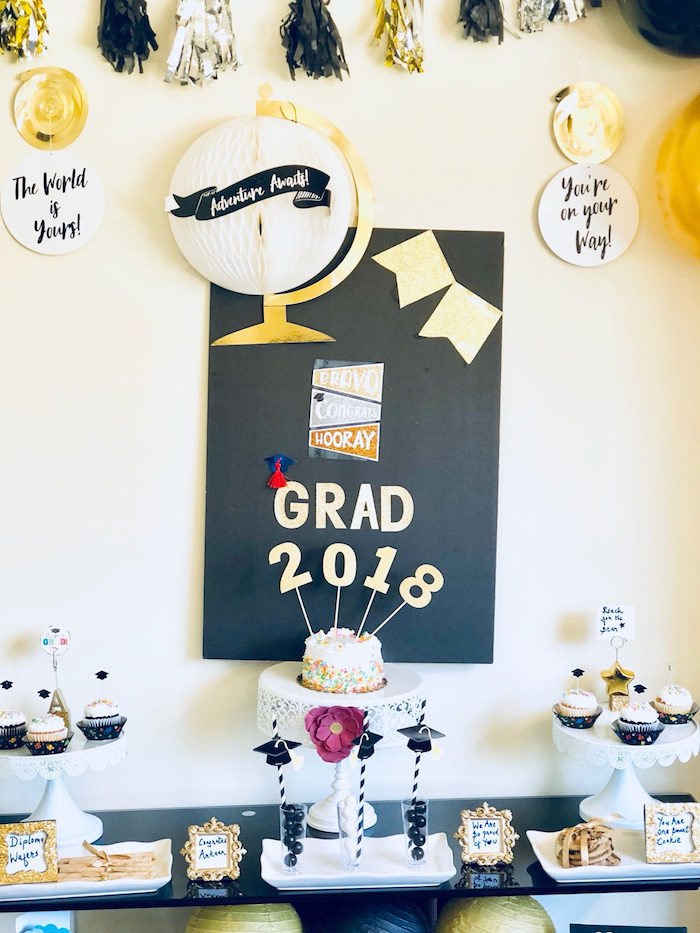 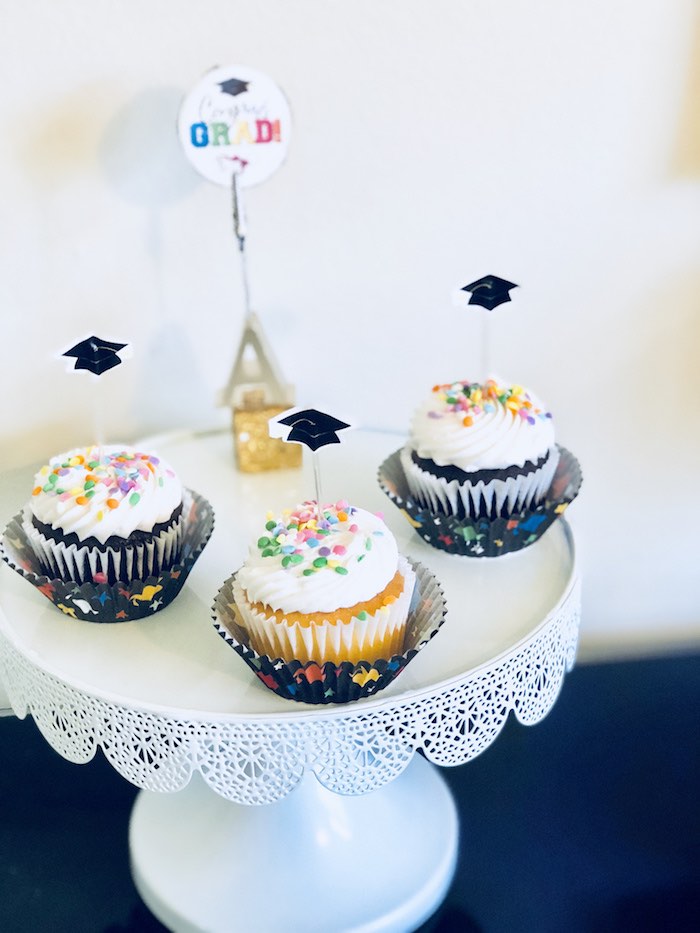 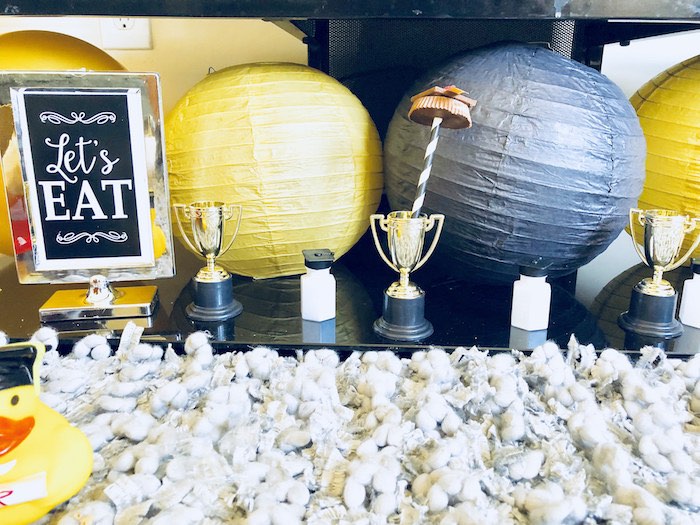 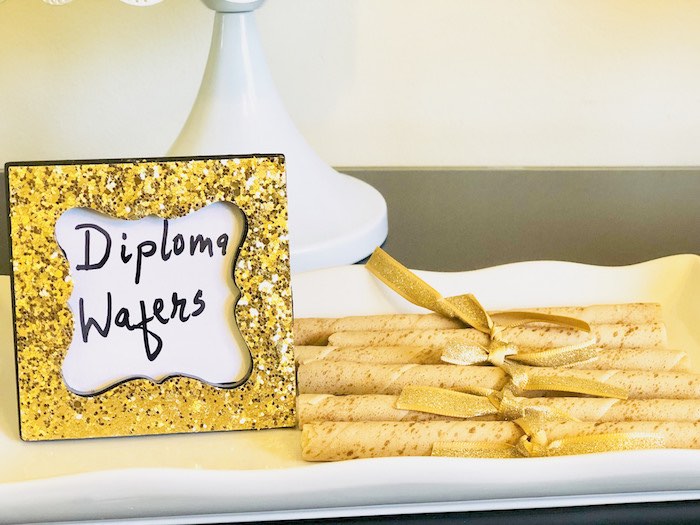 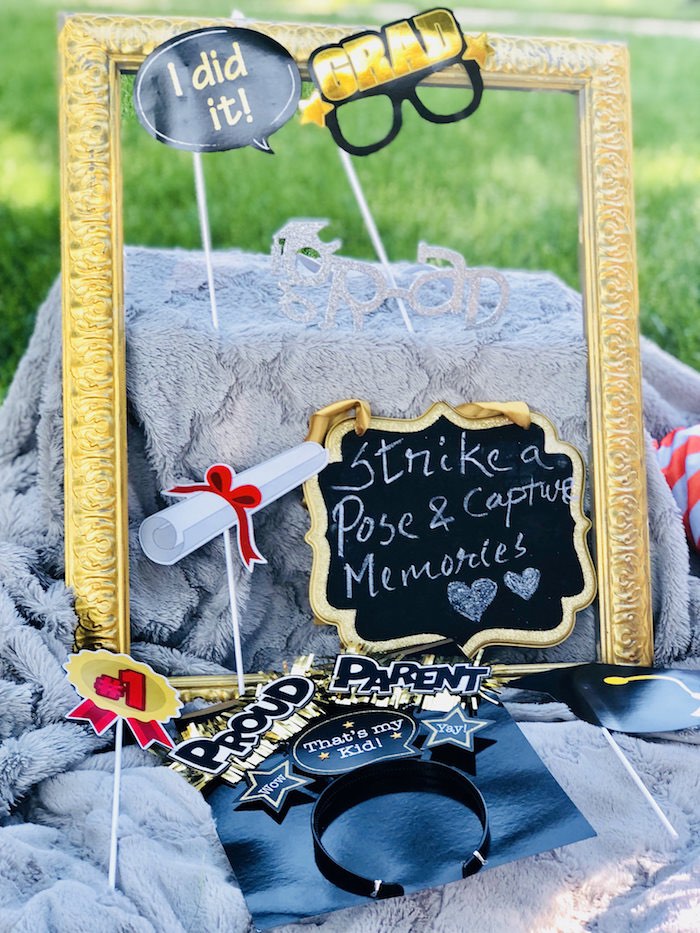 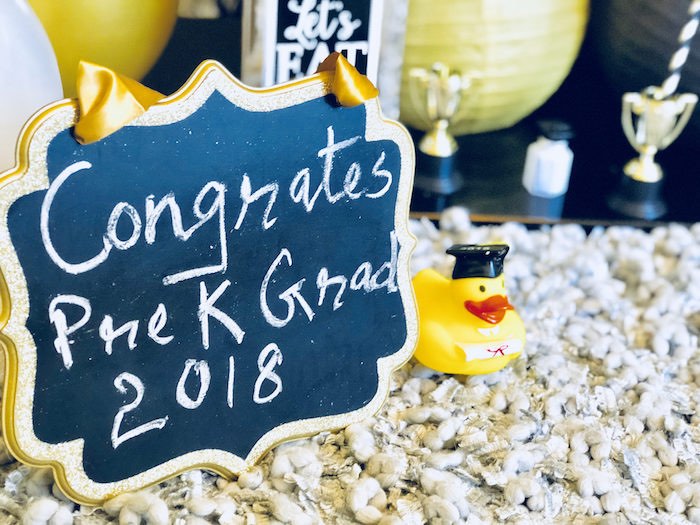 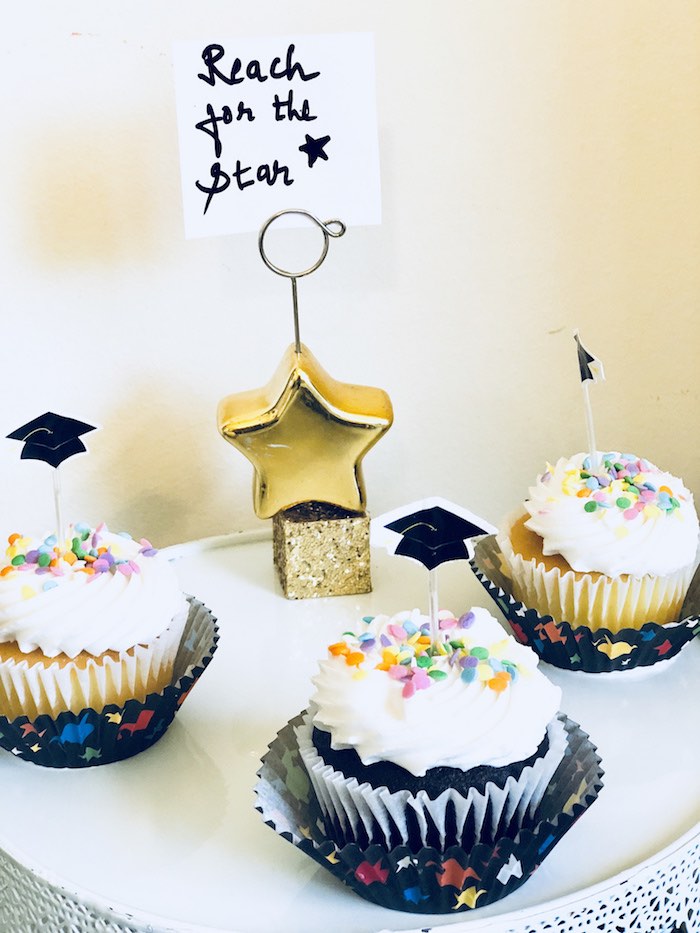 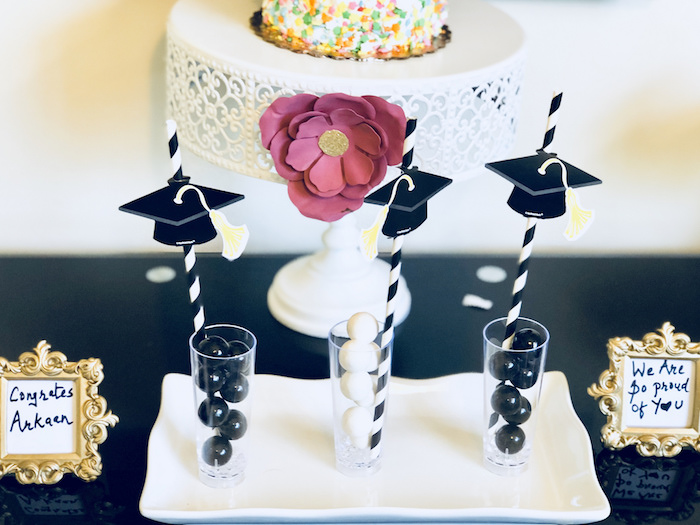 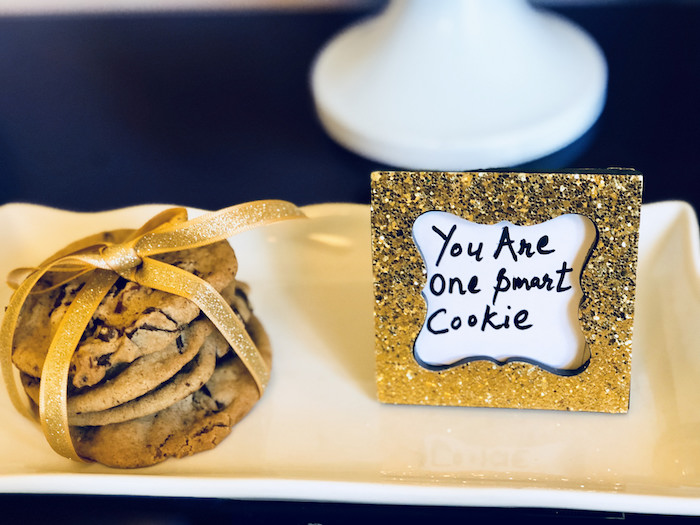 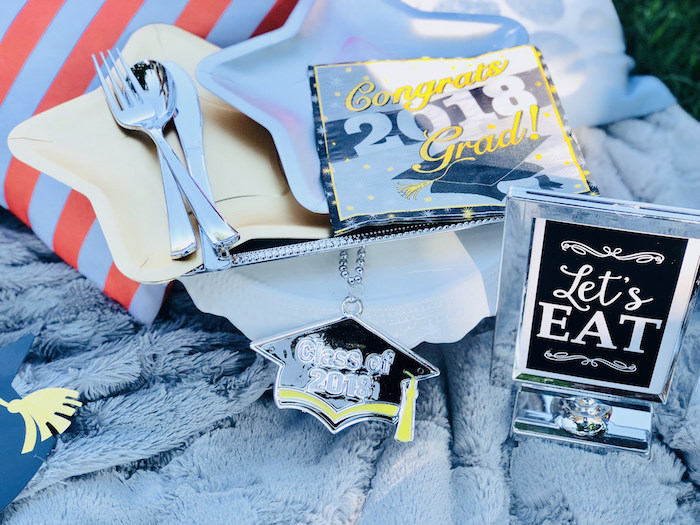 Krishna’s party description- “Life is a Daring Adventure and Accepting every adventure of life is the first step toward success. Every milestone even though it’s tiny becomes stepping stone to achieve great heights in life.

It was a mixed feeling seeing my 5-year-old graduating Pre-K.I was happy seeing him attaining one milestone and was also had anxiety since he wouldn’t be able to spend much time with me when he will be off to kindergarten next year.

I was so proud of this little guys for what he have become, this tiny human stole my heart with what he achieved during his pre-K k year. I decided to throw a Graduation party to recognize his hard work and wished to encourage by rewarding him and his class mates- friends with treats and fun.

I was in kind of dilemma initially about the theme since these tiny human wouldn’t be easy to impress unless it’s all their favorite things in a party. To give them feel of Graduation I opted for a black and gold theme. Had given a feel of graduation with every possible way including decoration and treats.
Made back drop with Honeycomb Handing decorations which included white and golden Globe with a tag line “ Adventure awaits”
Both side of globes had hanging white and golden foil swirls decoration with a tag line: You are on your way and The world is yours”
Back drop was bordered with White, black and gold tissue tassel and black and golden ballons.
Center piece was Black and golden ractangle staring congraye, bravo, hurray GRAD and On Cake stand chocolate Vanila cake with topper golden 2018 had stolen the show. At the end of both corner, we had Vanila and Chocolate Cup cakes with Graduation cap cake toppers. Also, I had One liners “reach for the starts “ and congrated grad as mini center piece among cup cakes, since I wished to reward them and also encourage them for future ventures.

How can you melt kids hearts without candies? Had Black and white gum balls and chocolate in the center in shot glasses with black and white striped graduation cap straws. Also, both sides included vanilla wafers with golden ribbon named “ Diploma wafers” and the other side had chocolate chip cookies with “You are one Smart cookie”.
All hard work and planning paid off when rewarded with hugs, smile and pure love from all kids. It melted my heart seeing the tiny independent human my son has become during this pre-K Year. So all-in-all this party was a huge success and the kiddos were very content, joyful, and felt rewarded for their tiny, yet exceptional achievement.

All the treats we had from our local bakery and Shop Rite. Black and white candies were from Party City.

I heartily thank my husband and kids for helping me set up the party, also Kara for encouragement and inspiration through her creations and blog.

See all of our Graduation party ideas here!