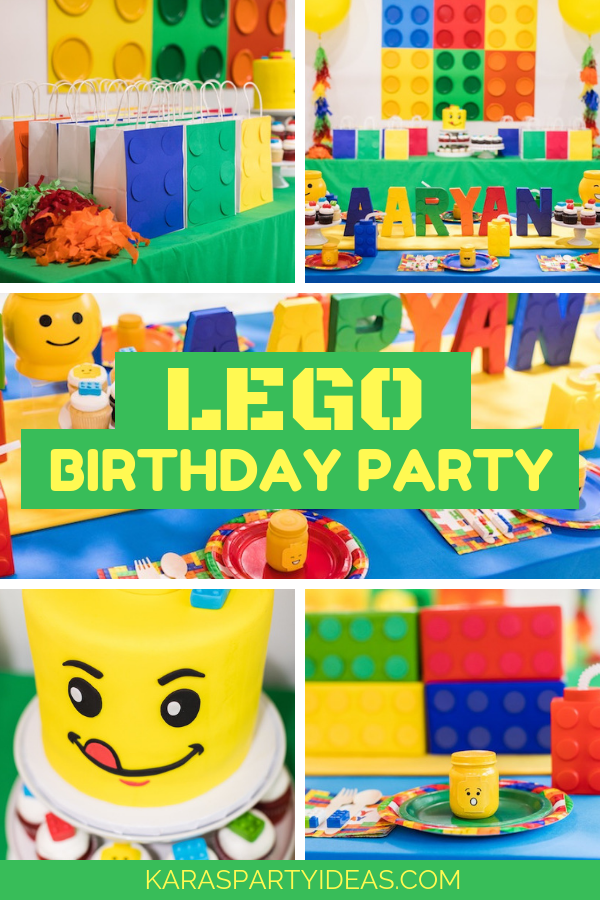 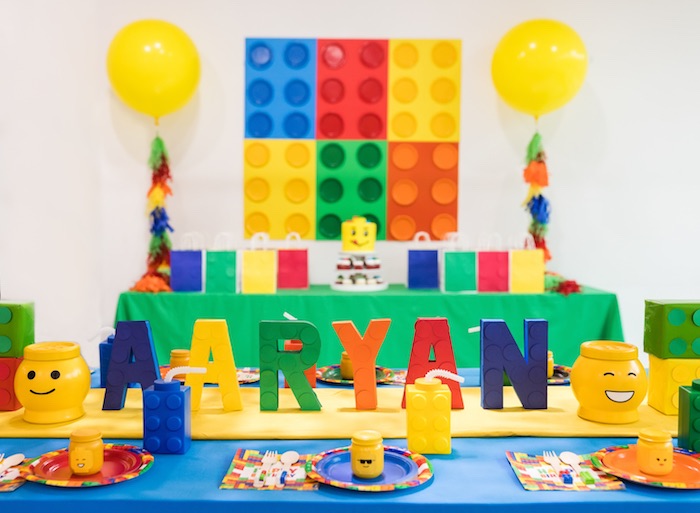 Grab your bricks and start to build, this LEGO Birthday Party is full of ideas to steal!

Styled by Robyn Rockwood of the COOP – SB, out of Redondo Beach CA, USA; this event is more than awesome!

…From the Lego Face Cake to the cute Lego decor here are some details, I know you’ll adore: 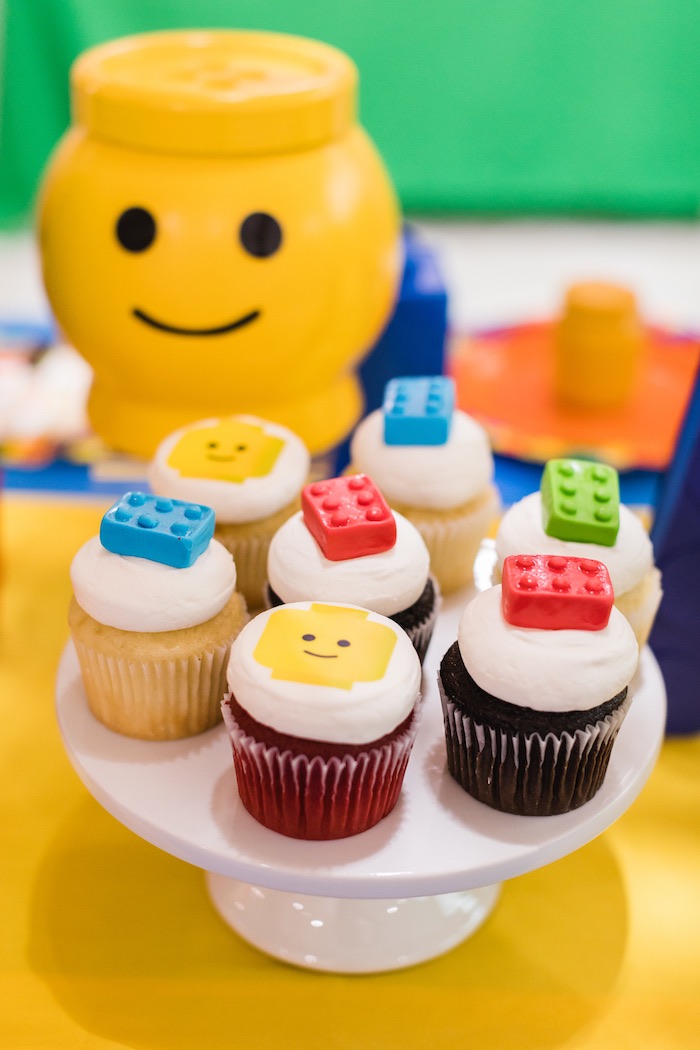 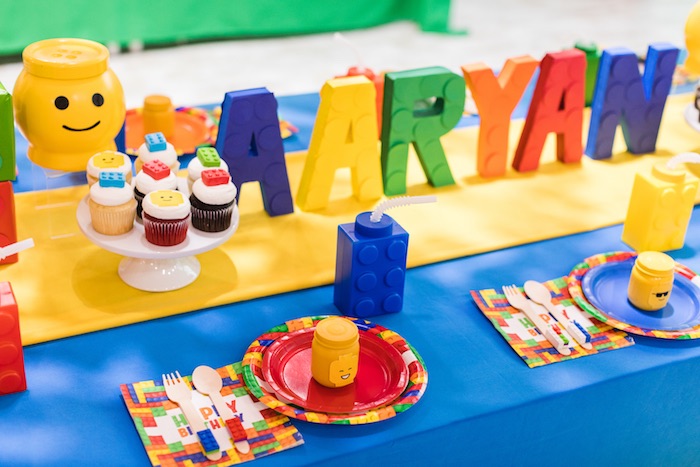 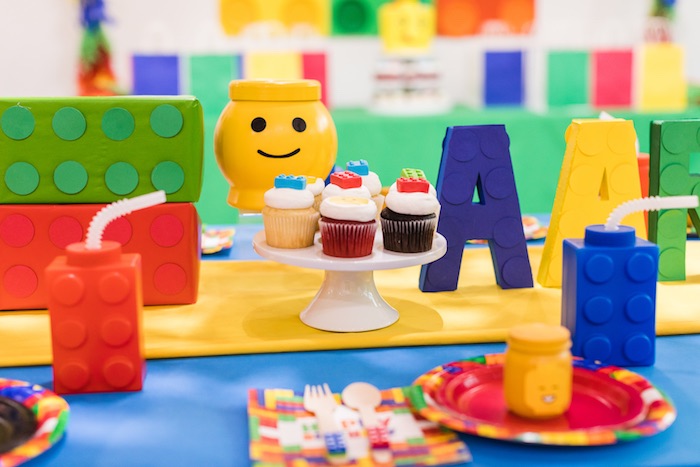 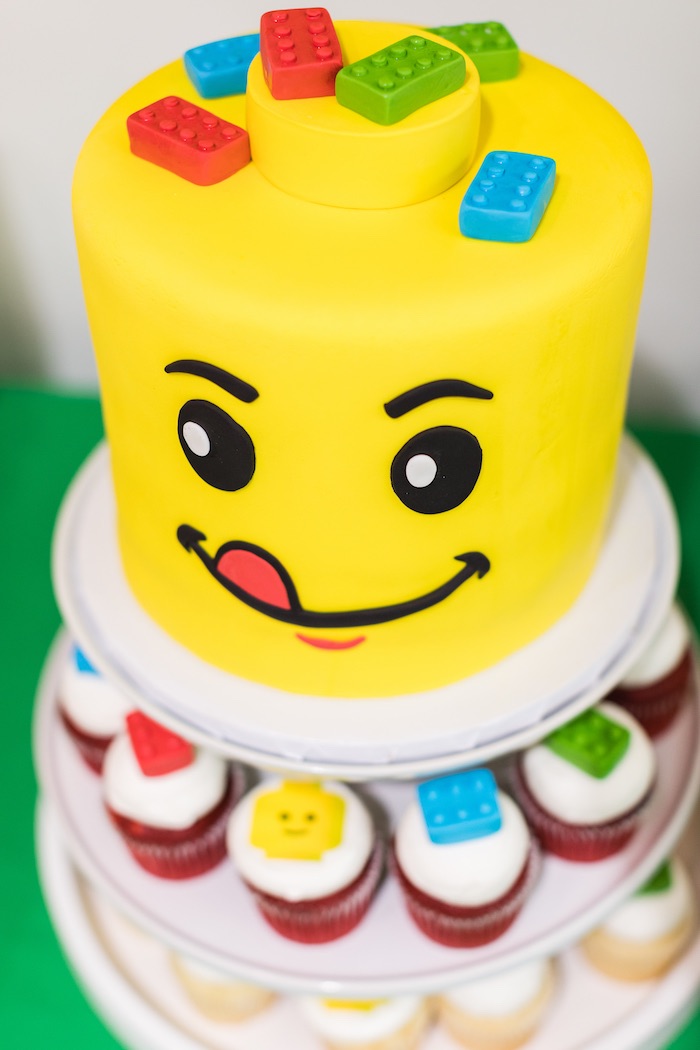 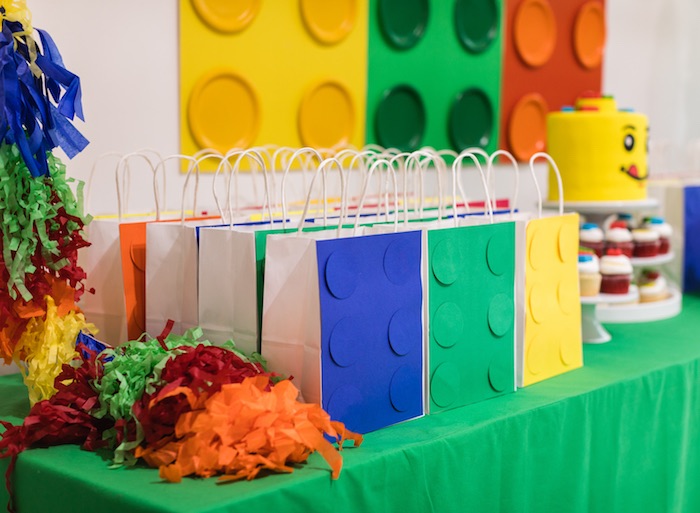 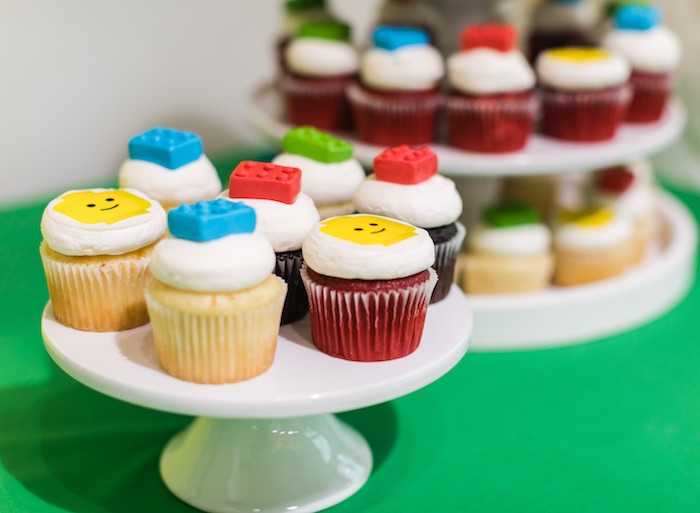 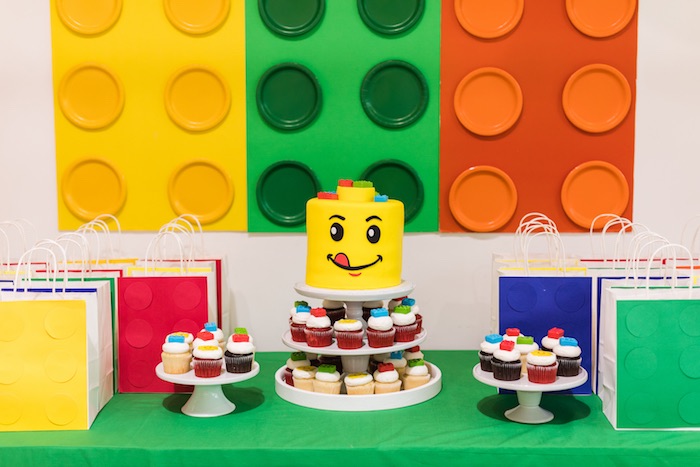 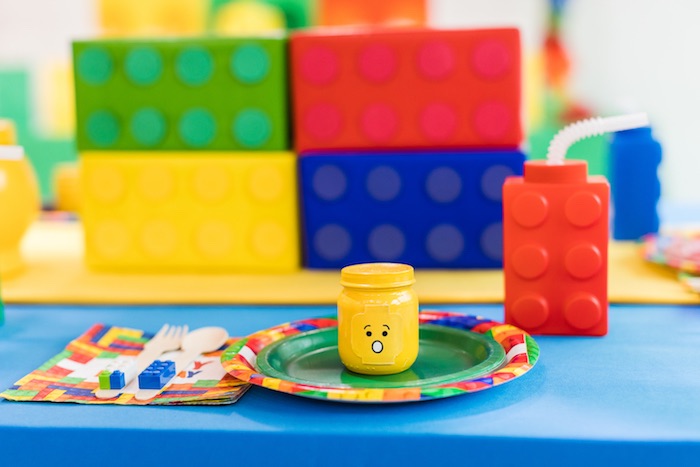 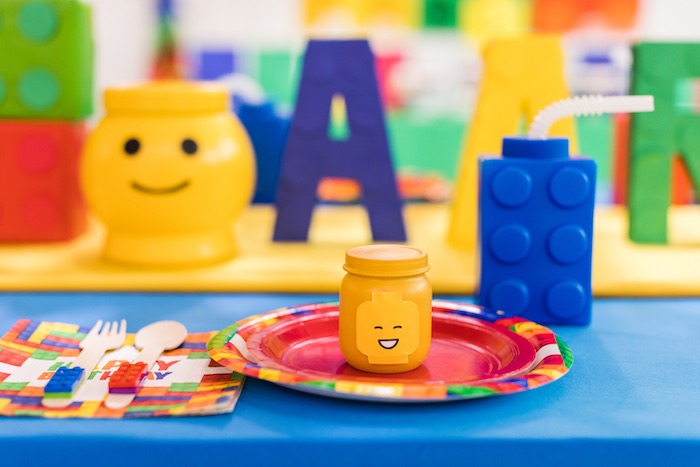 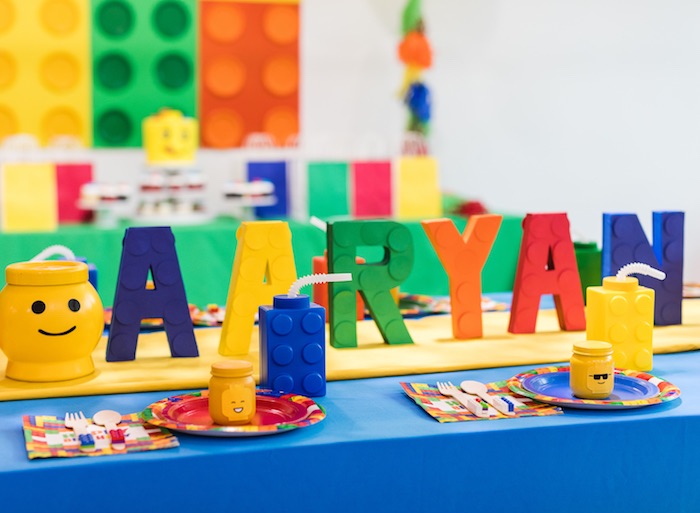 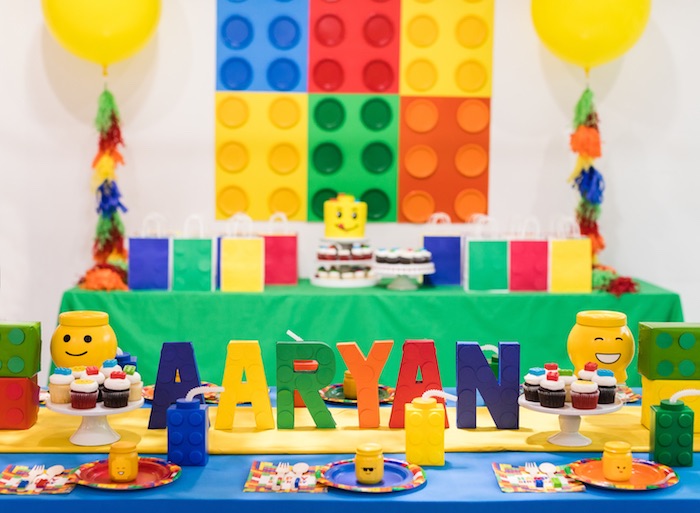 This is what Robyn shared about styling the party-

“This party was created for a sweet boy who’s mom said he loved nothing more than his LEGO collection! It didn’t take long before we were swept up in the bright, fun LEGO colors of red, yellow, green and blue! The highlights of the party were:

This décor started with large foam boards from the craft store covered with large poster paper in the bright LEGO colors. Paper plates were hot glued to the boards to transform them into giant LEGOs. We attached the boards to the wall to create our own personalized backdrop.

On the main table, we used brightly colored table coverings in LEGO colors. In the center, we placed standing letters covered in colored paper with circles to spell out the birthday boy’s name “LEGO” style.

The LEGO bricks were tissue boxes covered in colored paper with more circles glued on. I was lucky to find the perfect item to create the large yellow LEGO heads. The heads are plastic button containers from a craft store that we painted yellow and added classic LEGO facial features and expressions.

The plate décor was created using empty baby food jars that were spray painted yellow and decorated with a variety of LEGO faces recognizable to all the LEGO fans that attended!

Plastic LEGO cups with straws, LEGO themed plates and napkins were added to the plate décor. We finished off the table with customized flatware, made from unfinished wooden forks and spoons, to which we glued a variety of small LEGO pieces. The last touch was the adorable LEGO brick gift bags. Each child went home with a box of LEGOs, a LEGO themed mask and yellow cape, and one of the LEGO cups and straws pictured on the table.

An amazing LEGO cake and cupcakes arrived from Mayer’s Bakery and perfectly complimented the décor!

The kids had a ball playing in our modern play space. In addition to playing, the kids were entertained by a magician who ended the show by pulling a rabbit out of a top hat!

All images were beautifully captured by LA photographer Olesya Alferenko of Olesya Photography.”