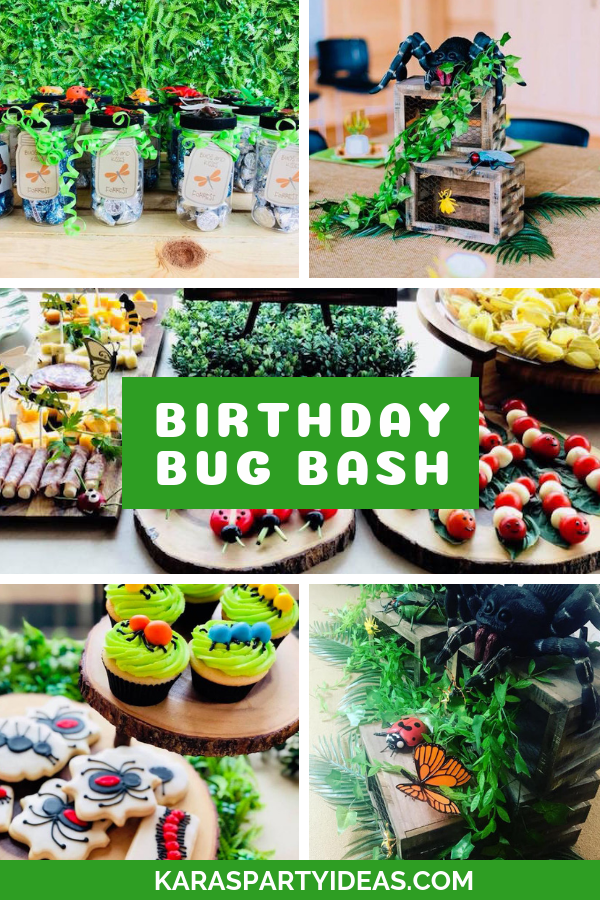 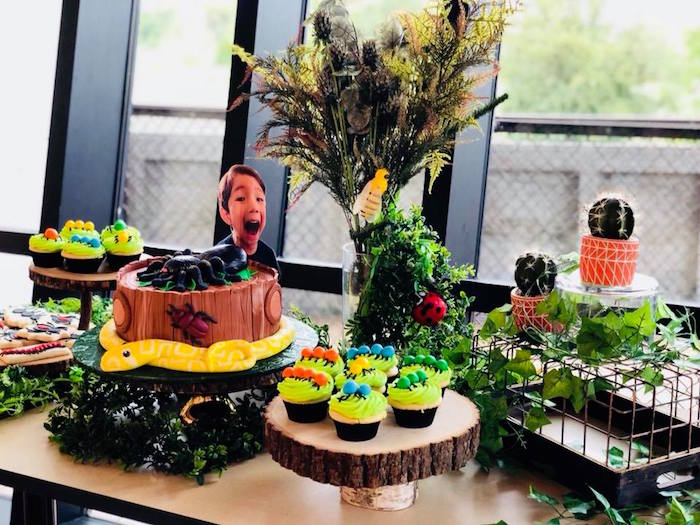 Ready to get your creep and crawly on? Check out this fab Birthday Bug Bash by Jessica Fresch of Fresch and Fancy, out of Dallas, TX, USA!

Filled with bugs of all shapes and sizes, this buggy bash is packed with surprises!

So grab your magnifying glass and hone on in and be sure to spot these favorite details within: 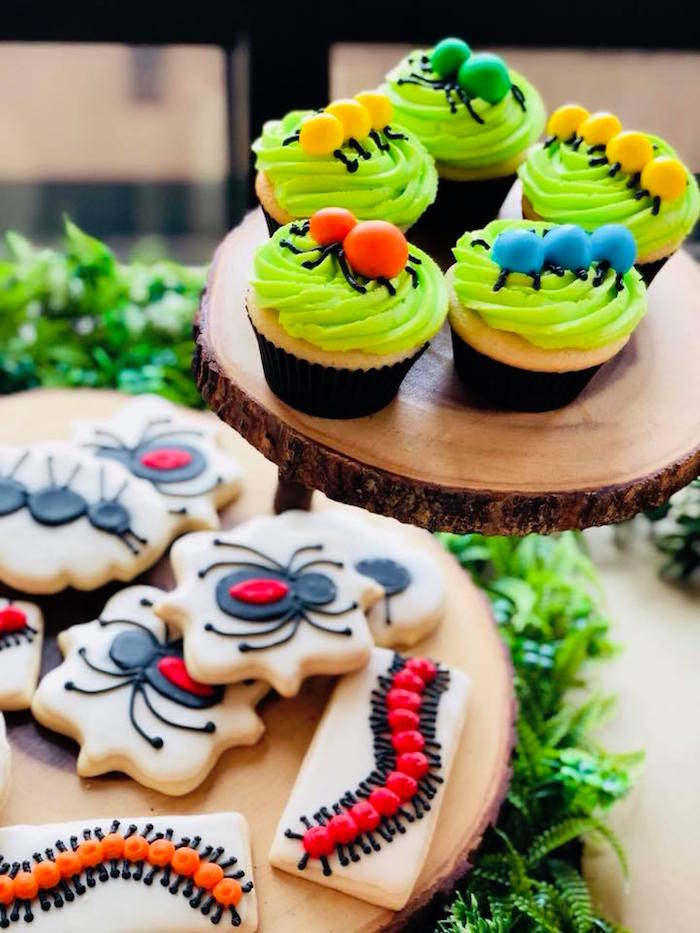 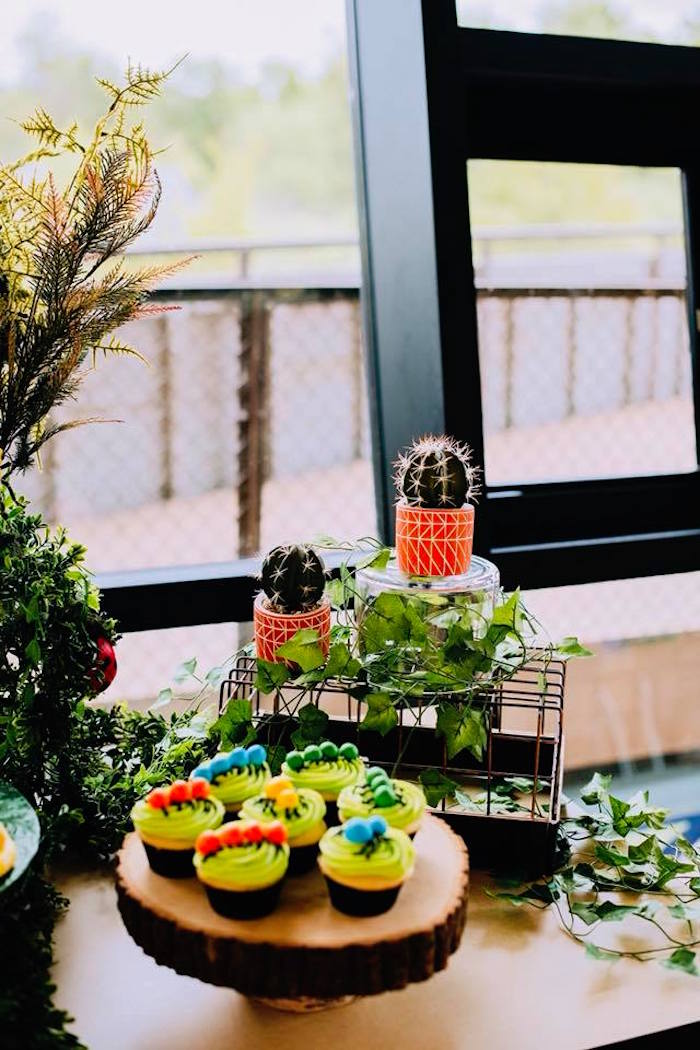 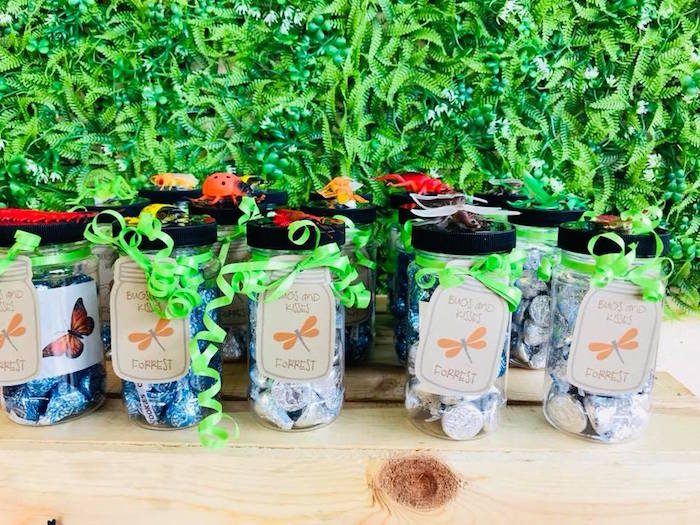 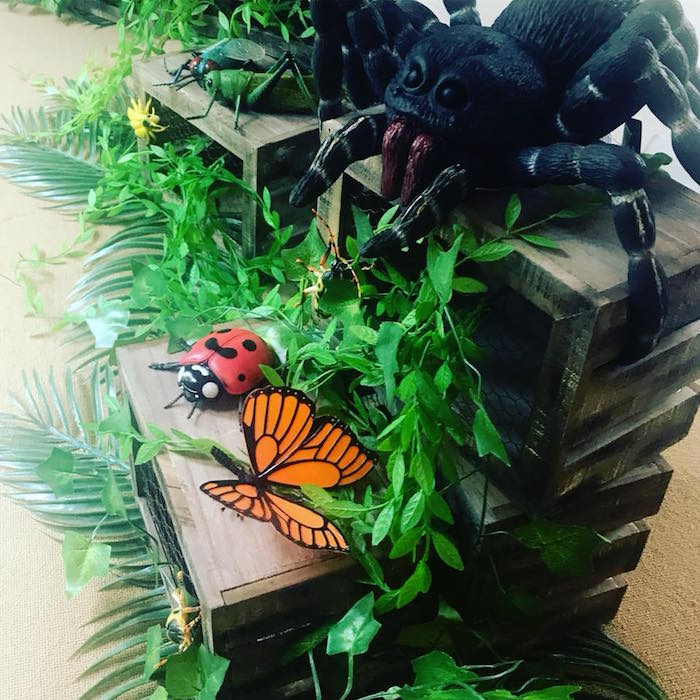 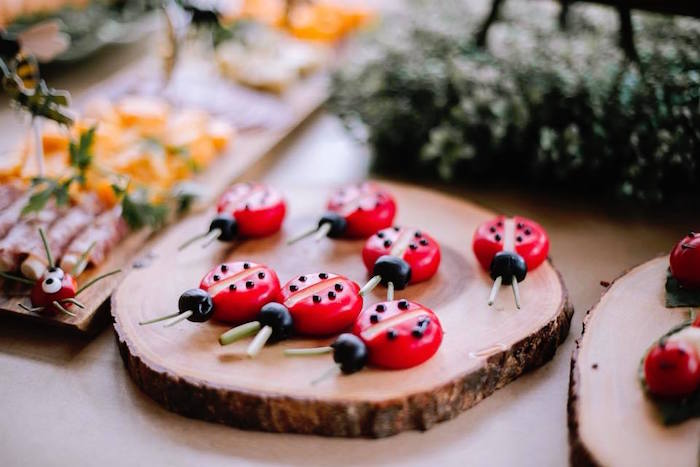 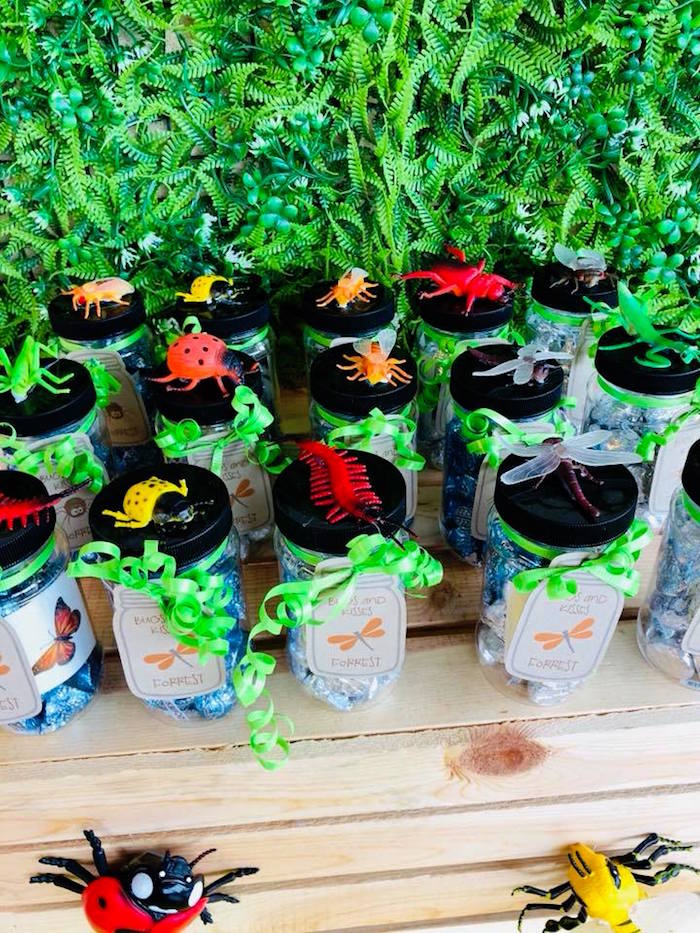 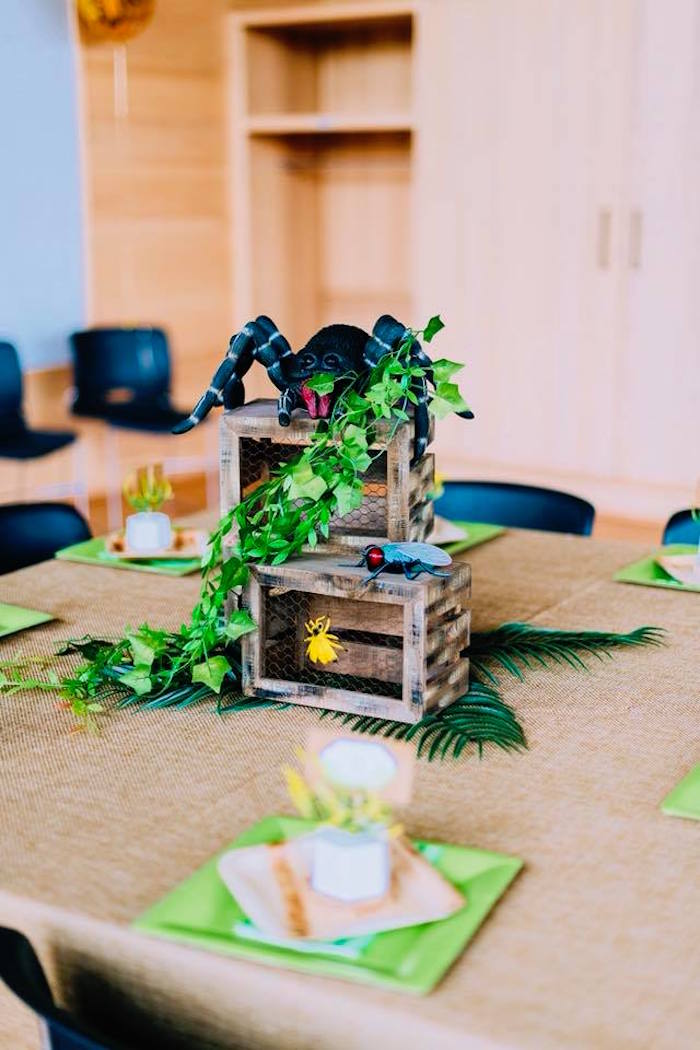 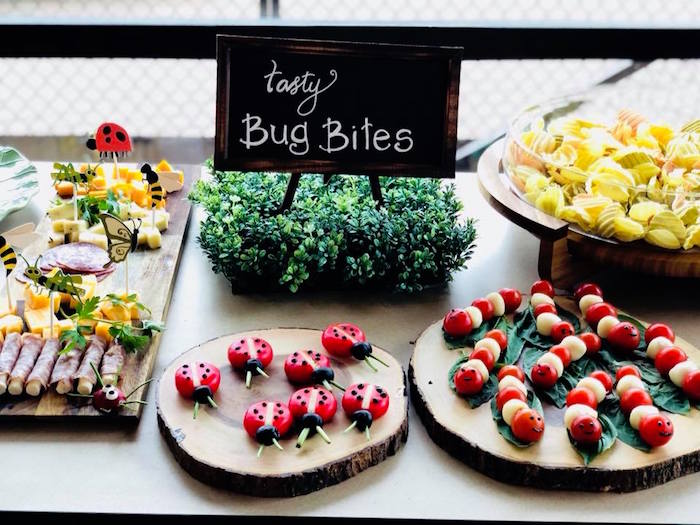 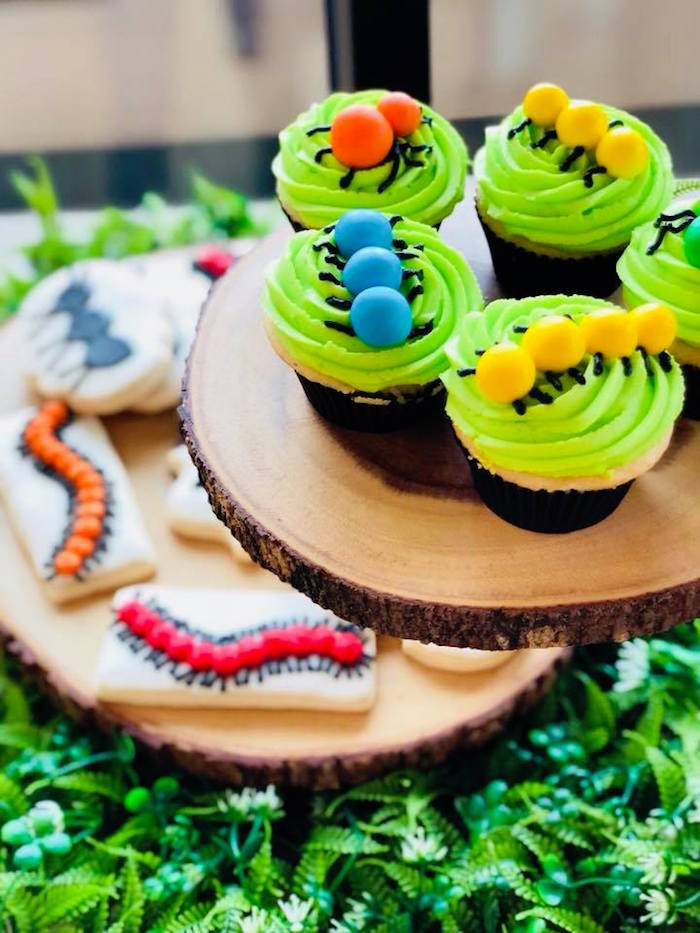 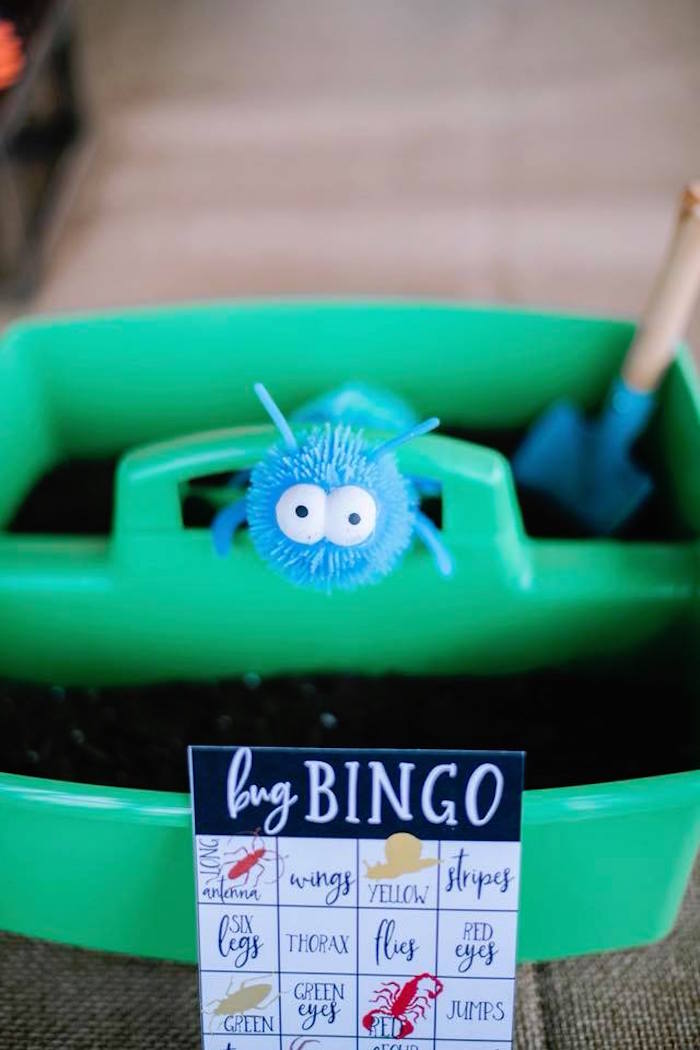 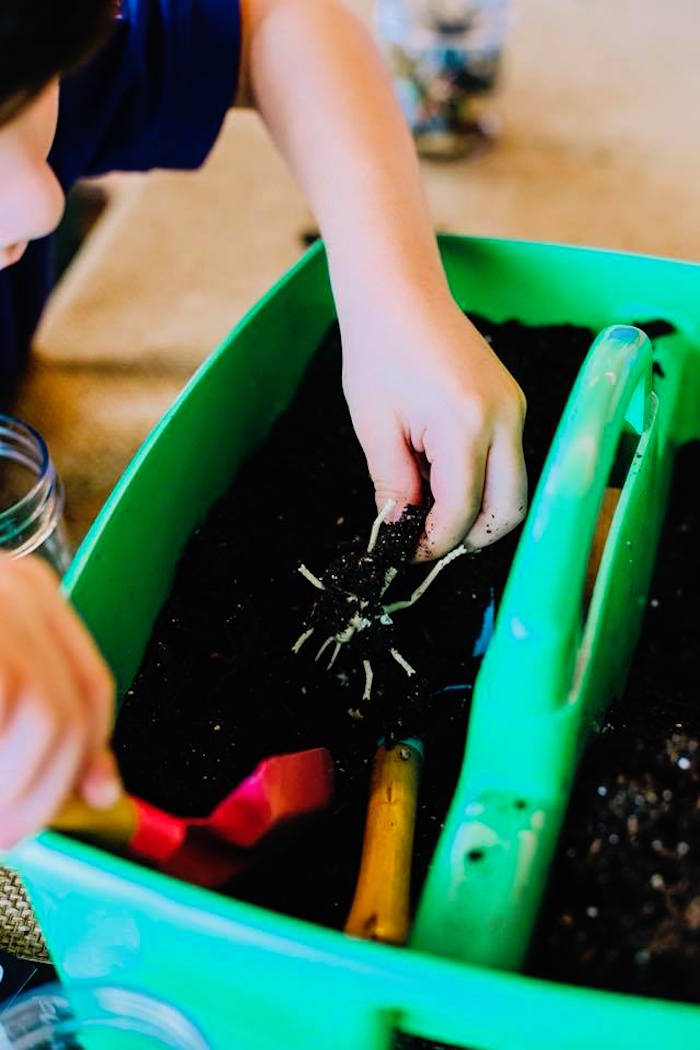 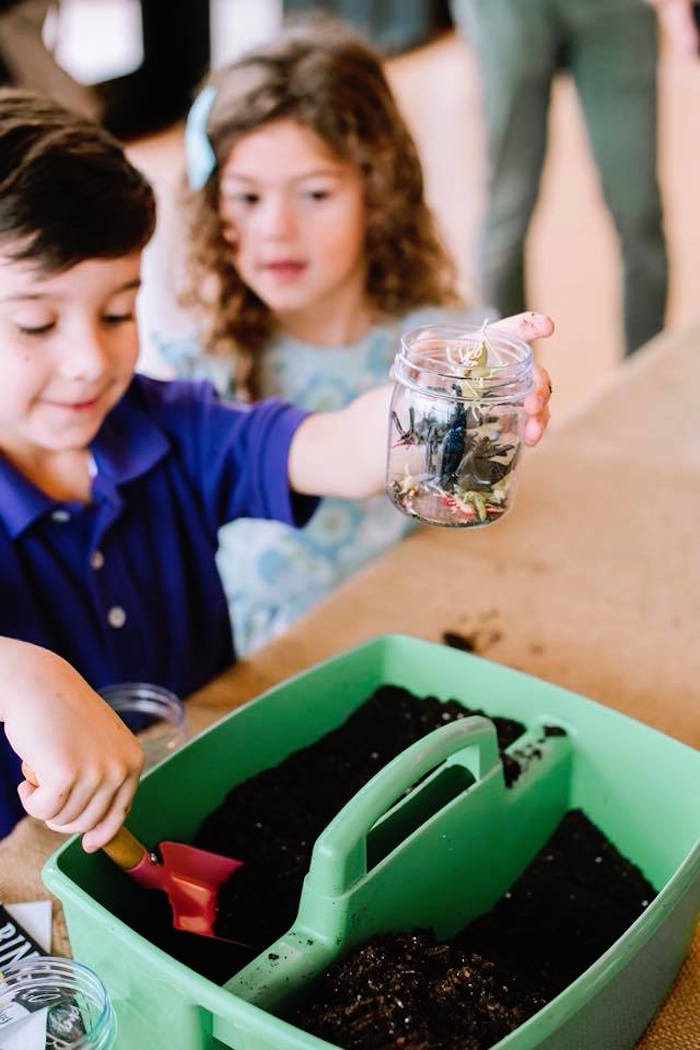 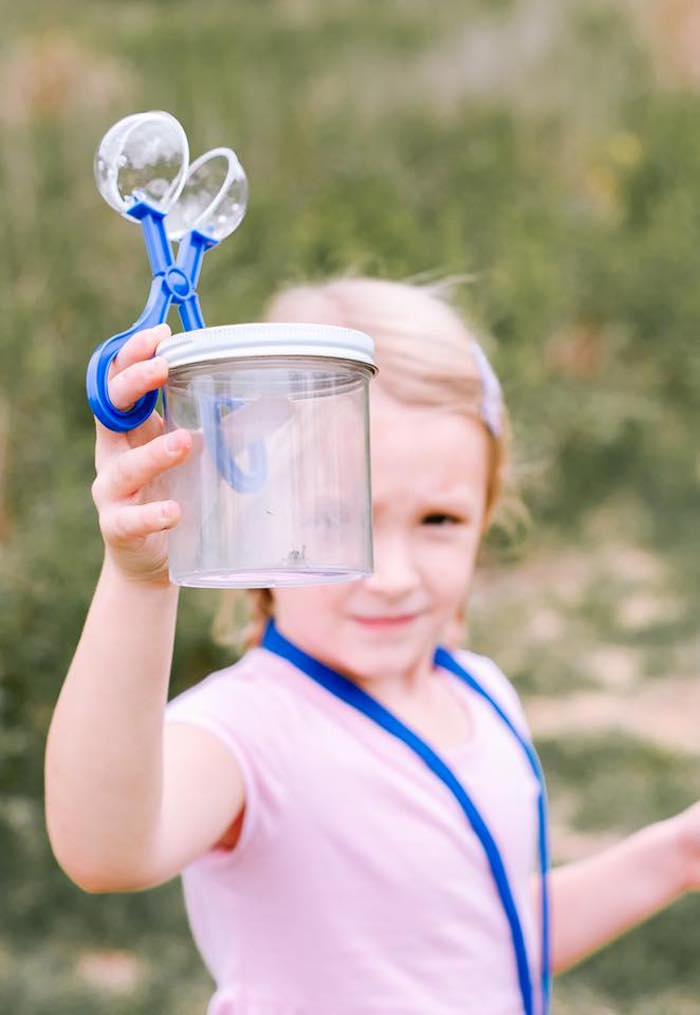 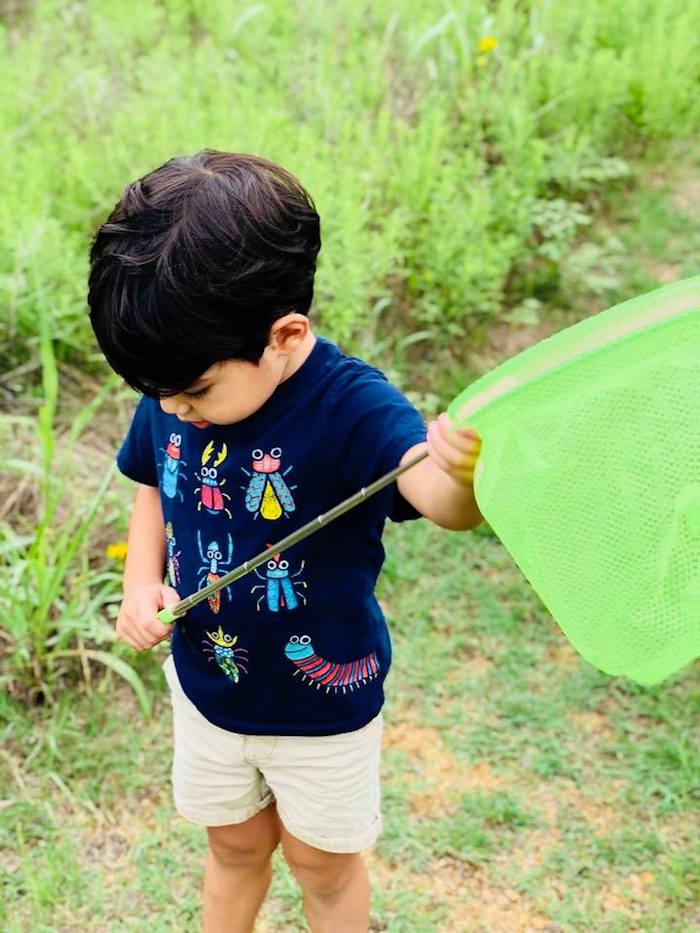 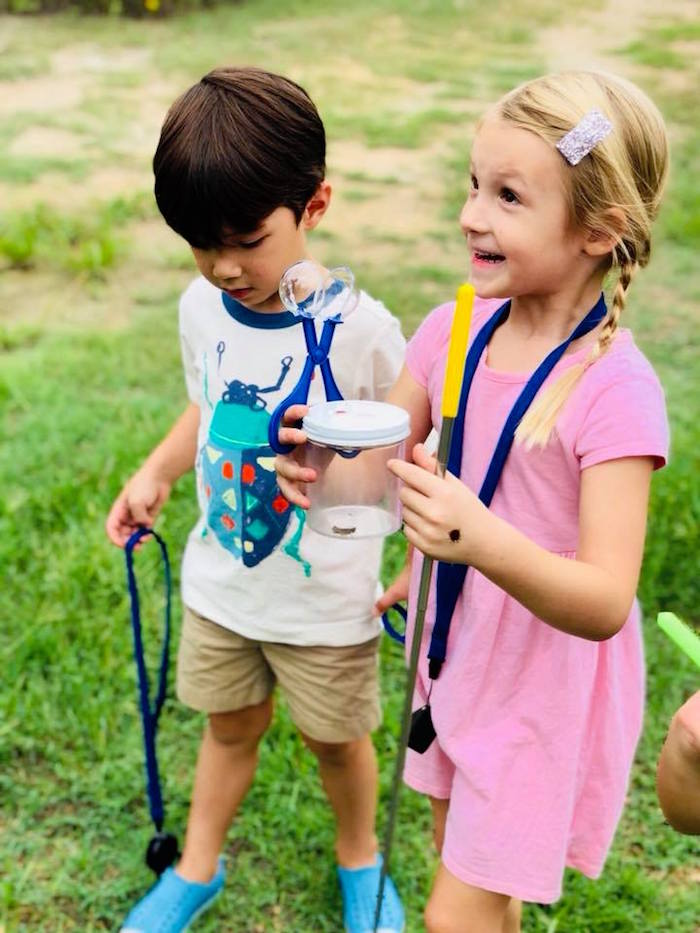 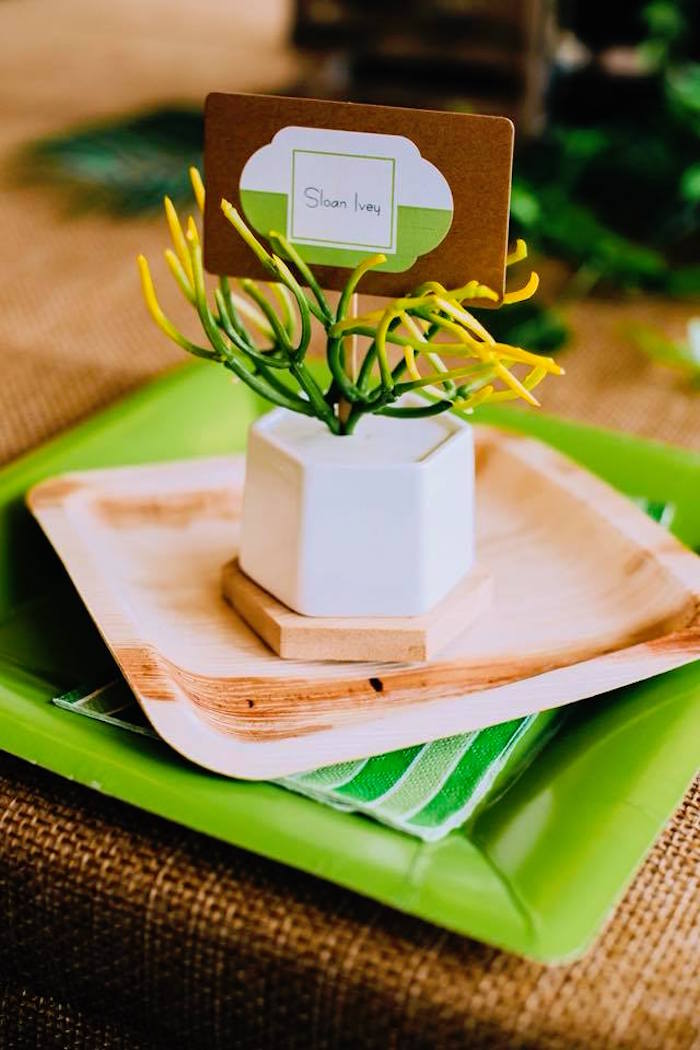 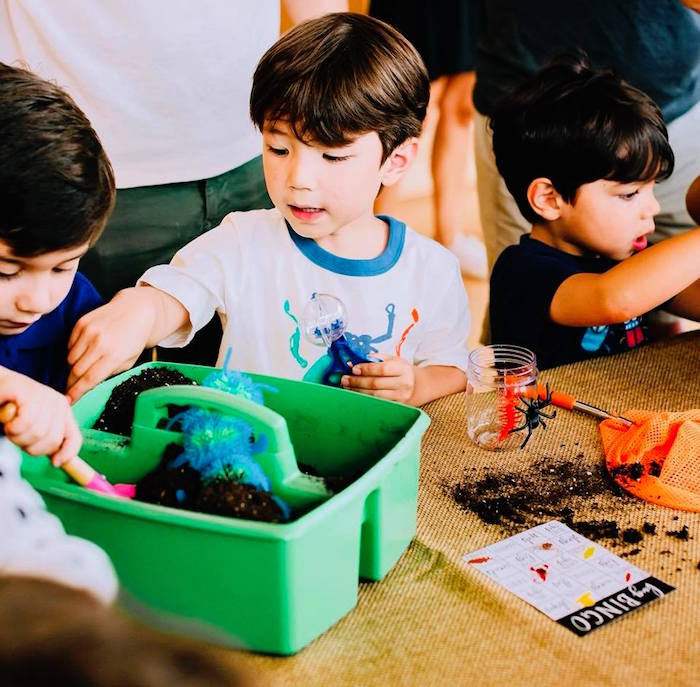 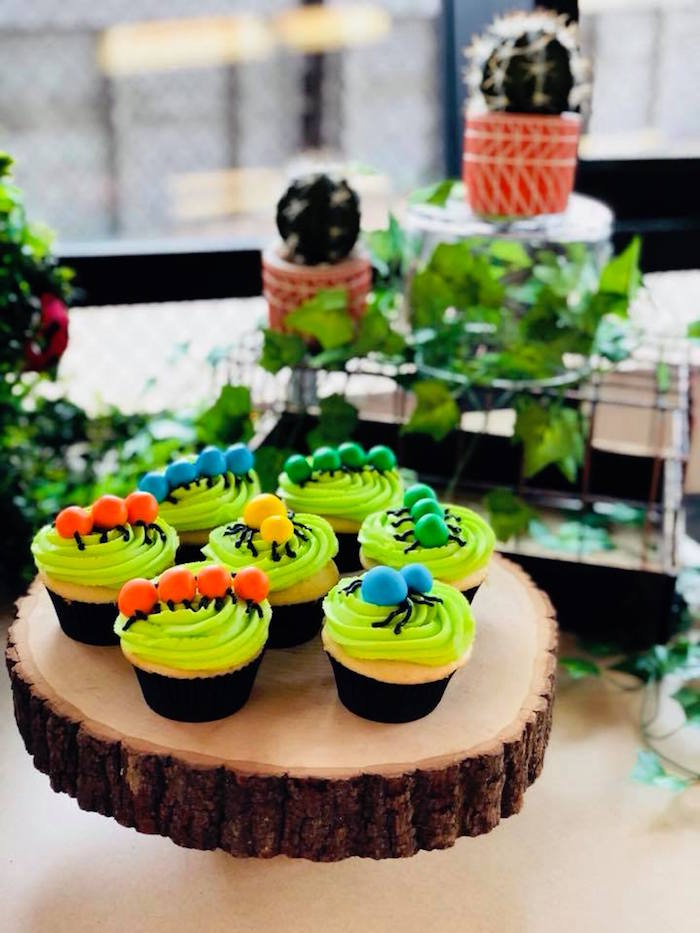 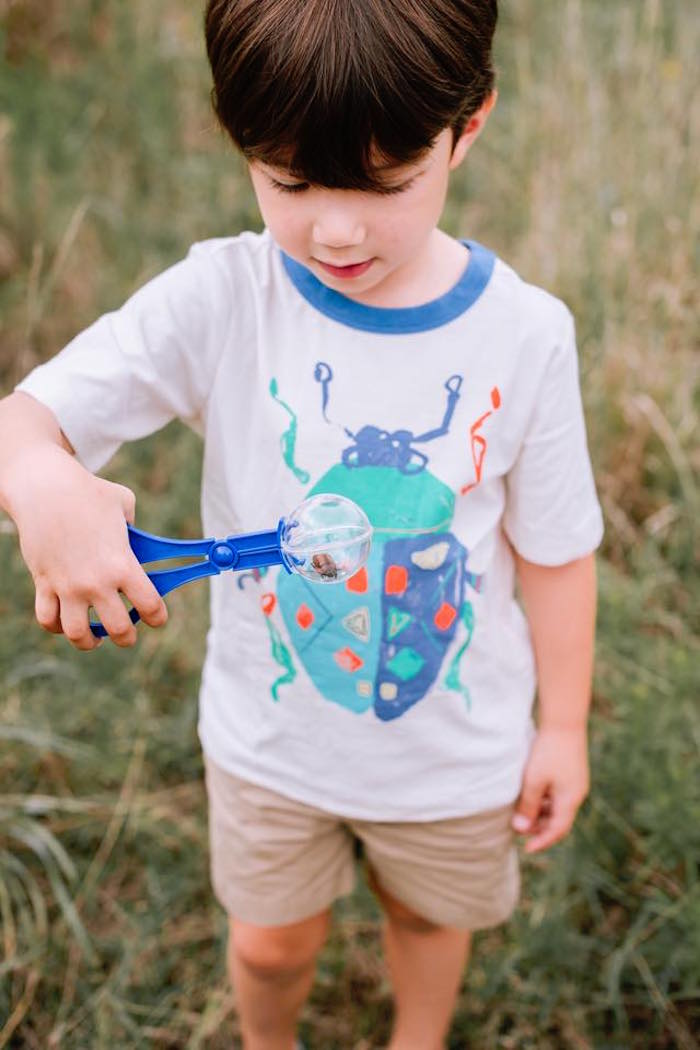 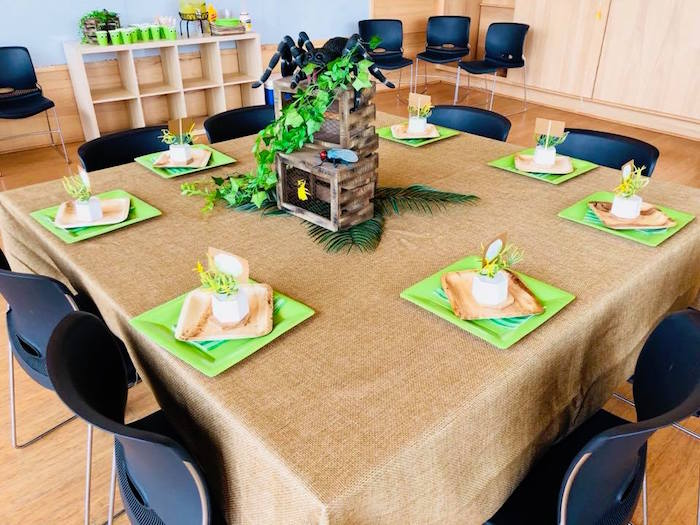 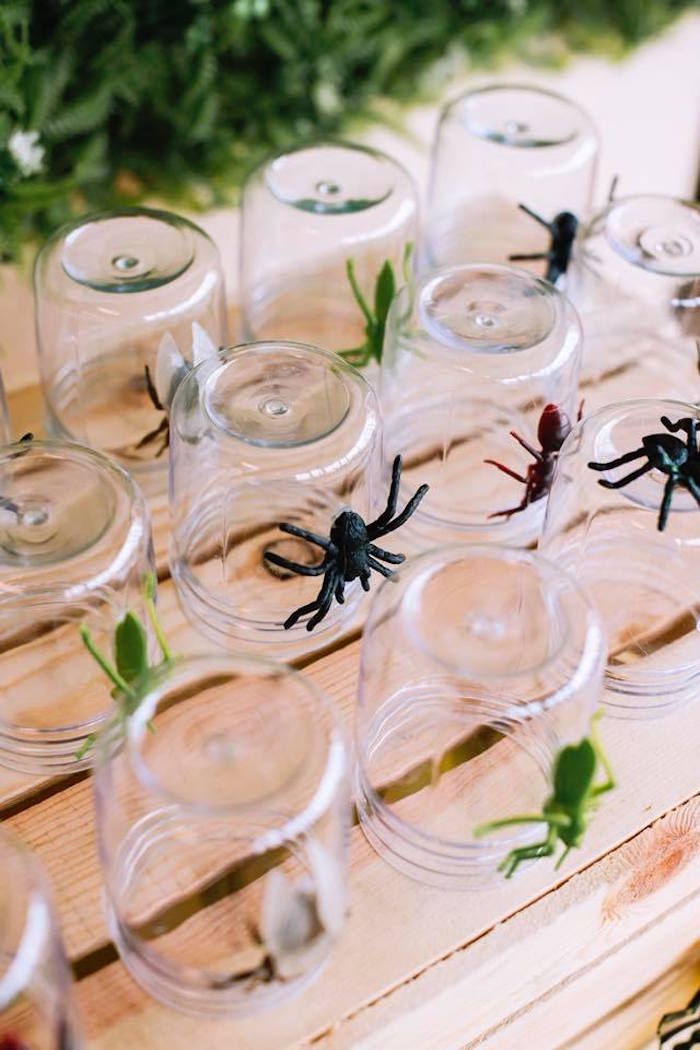 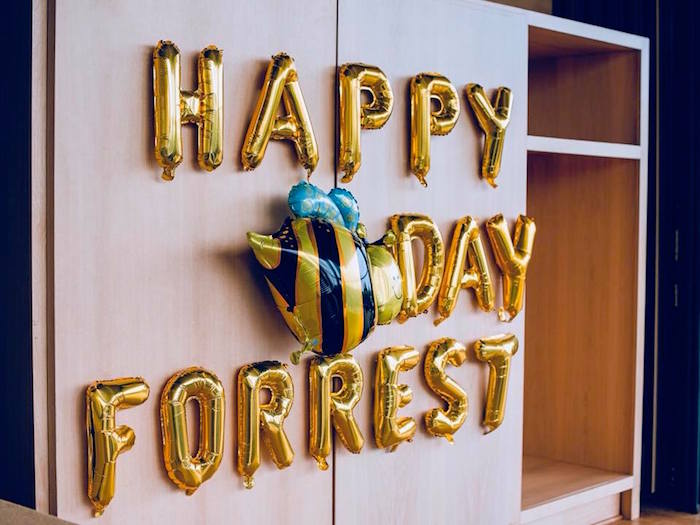 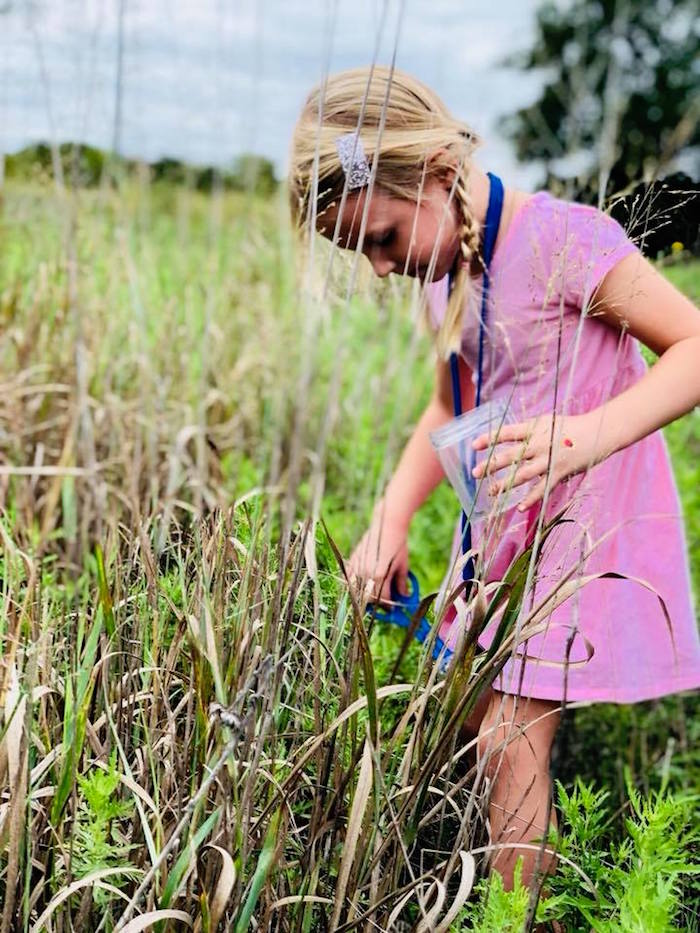 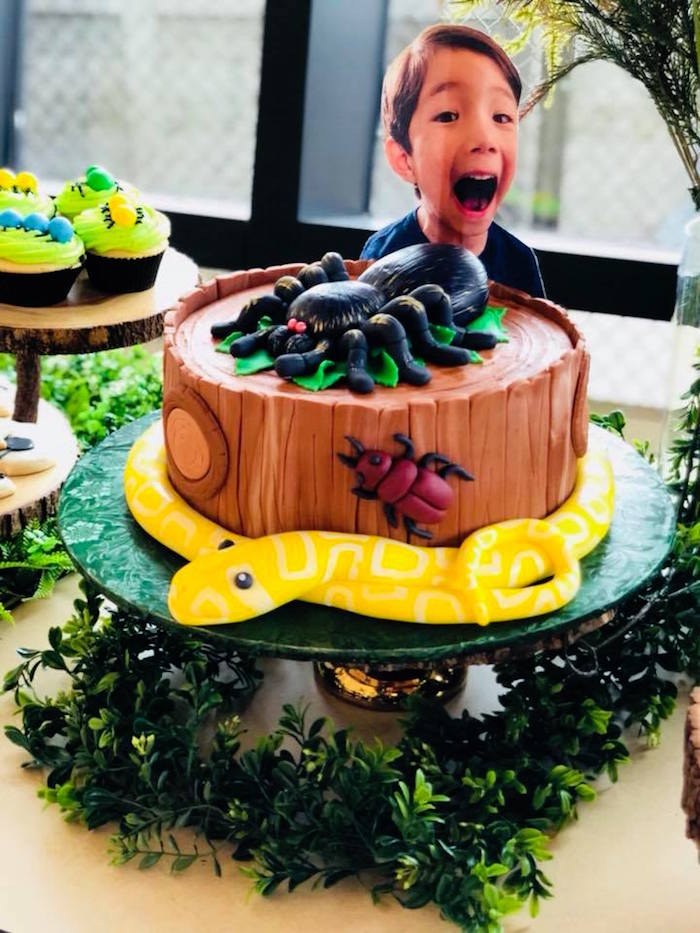 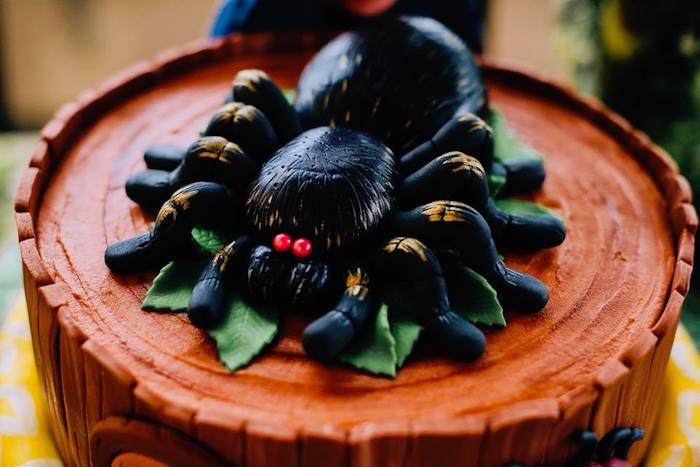 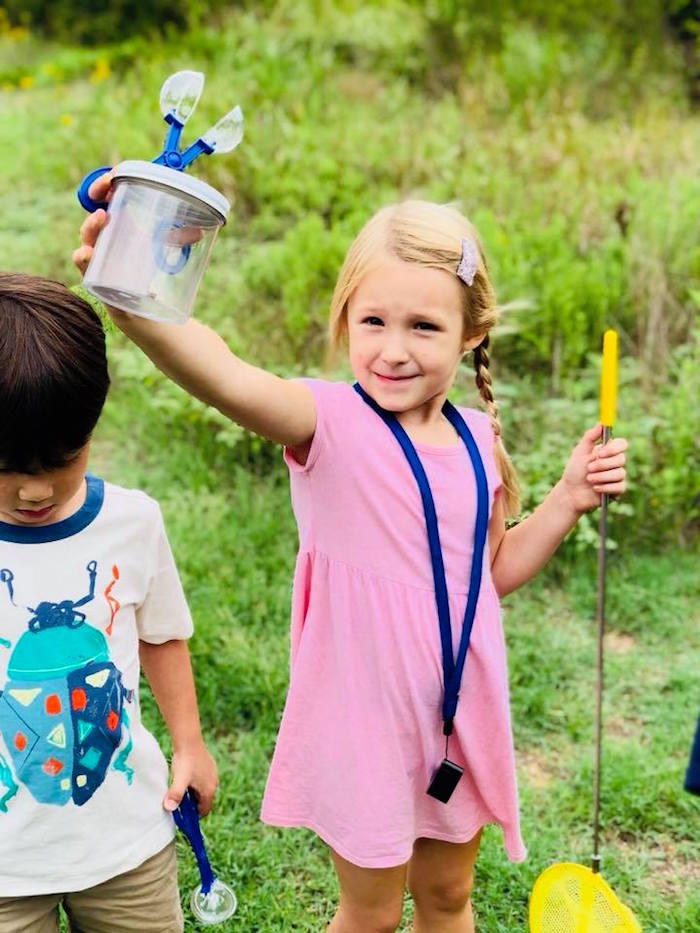 This is what Jessica’s shared about the party-

The birthday boy was a big fan of everything creepy and crawly, so a bug bash for his fifth birthday was only appropriate. We made sure his favorite bugs were featured throughout all of the party details, beginning with the venue and centerpieces. The birthday was held at the Trinity River Audubon Center, the largest urban hardwood forest in the United States, so plenty of grounds for our young adventurers to explore. In the party room, we topped the tables with hemp tablecloths to give the room a woodsy feel and used potted succulents as place card holders. Centerpieces included giant-sized bugs set atop netted boxes surrounded by greenery.

The party started off with a friendly game of bug bingo. The kiddos each got to pick a bug-adorned jar and a shovel or a bug scooper to dig for plastic bugs in buckets of dirt. The kids were divided into teams and each player had one minute to see what kind of creature they could dig up. The first team to get four BINGO squares in a row stamped with bug stickers was the victor! And this was just practice for the real thing. The kiddos picked up their scoopers and bug nets and headed out into the great outdoors for a real life bug hunt. They caught everything from butterflies to crickets to grasshoppers, and learned a lot about the wildlife they encountered in the meantime.

No bug party would be complete without some tasty bug bites. We used Babybel cheese, black olives, and green onion to craft some edible ladybugs. Also on the menu, tomato and mozzarella caterpillars set atop basil leaves. Our dessert table covered in greenery and topped with succulents reminiscent of a bug’s natural habitat included cookies and cupcakes adorned with caterpillars and spiders and a cake resembling a snake-wrapped tree trunk with a tarantula on top.

We wanted to make sure this bug bash had a very sweet end. Guests got to take home bug-topped jars filled with Hershey’s Kisses and bug tattoos with a “bugs and kisses” favor tag to match.”