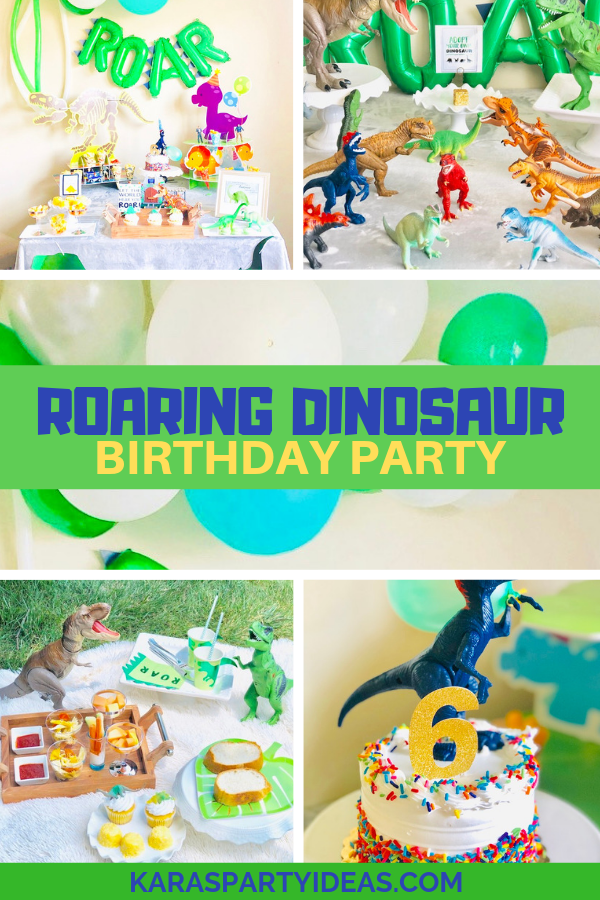 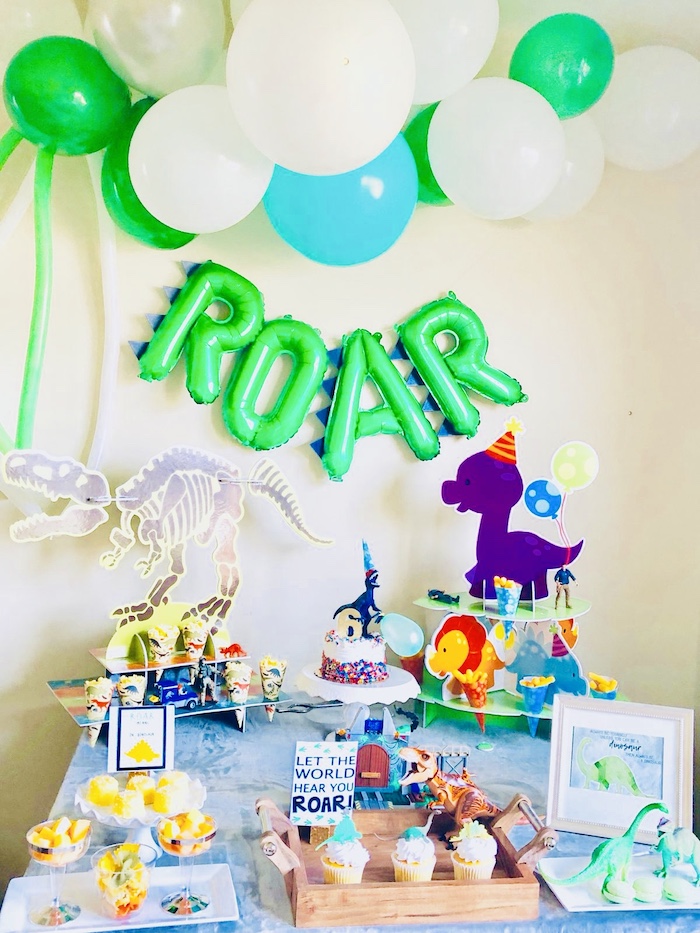 Stomp your feet and wave your tails, this Roaring Dinosaur Birthday Party by Krishna Mahida out of Flemington NJ, will give you all kinds of thrills!

Filled with colorful decor and cute dinosaur fun, this birthday celebration is an exciting one!

So hurry on in and roar with might and be sure to watch out for these awesome details: 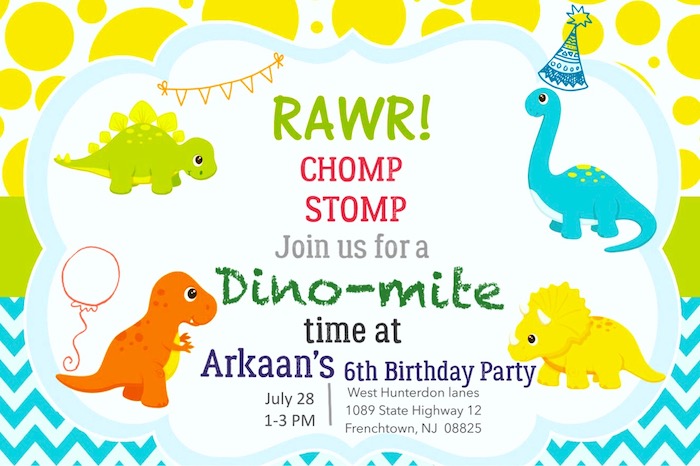 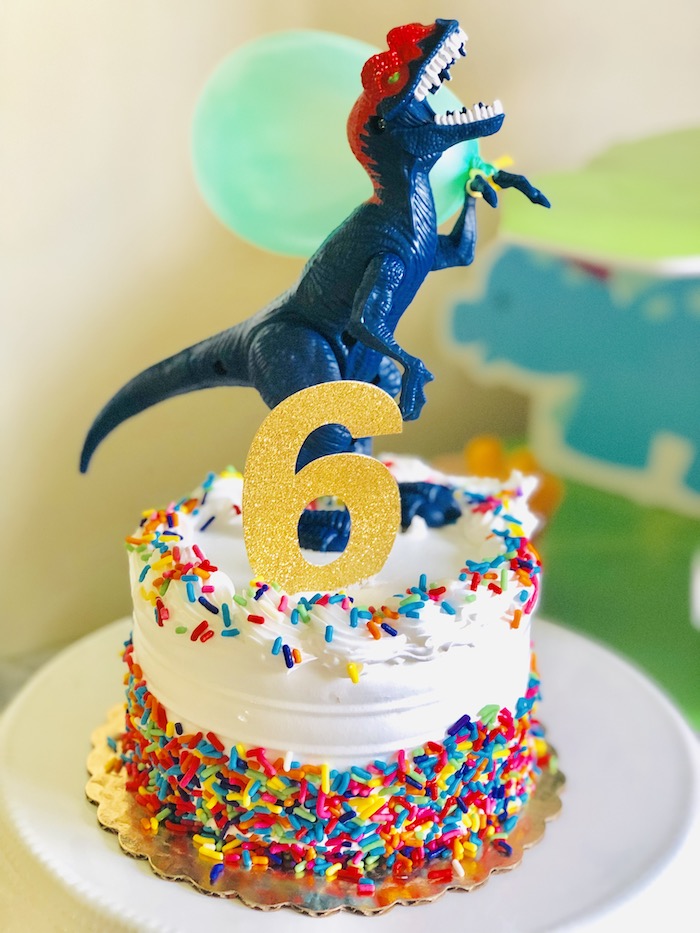 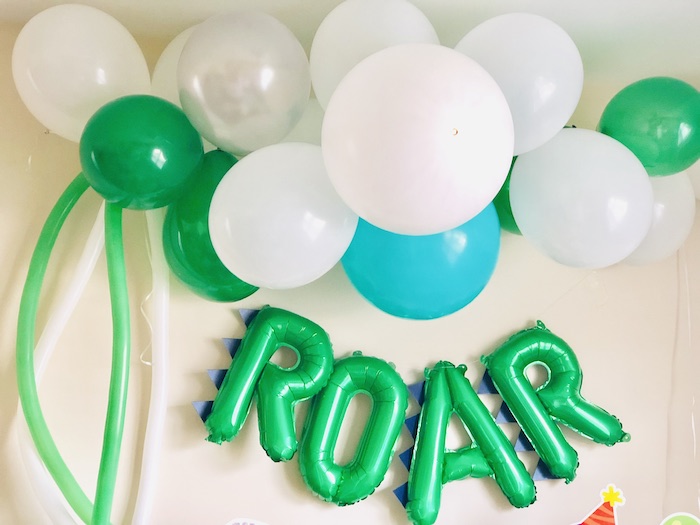 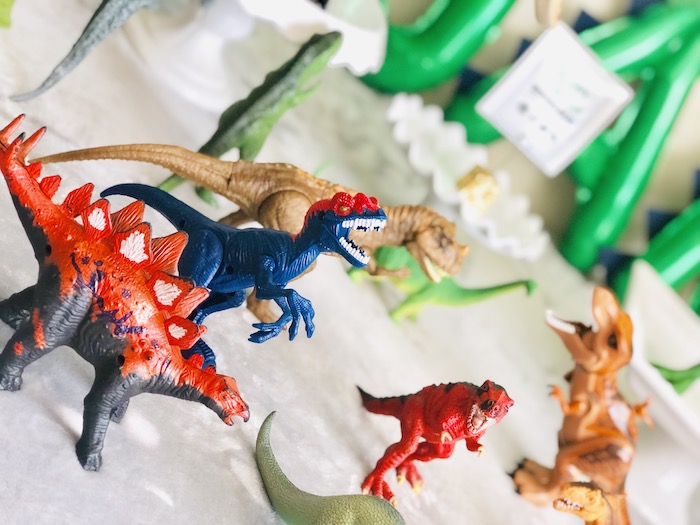 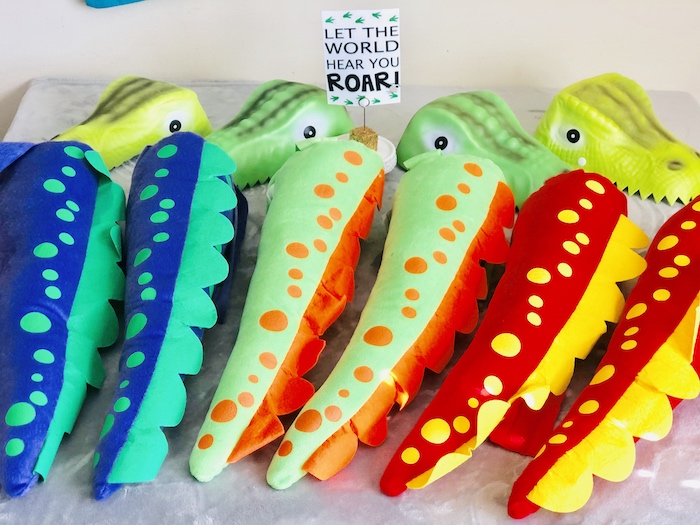 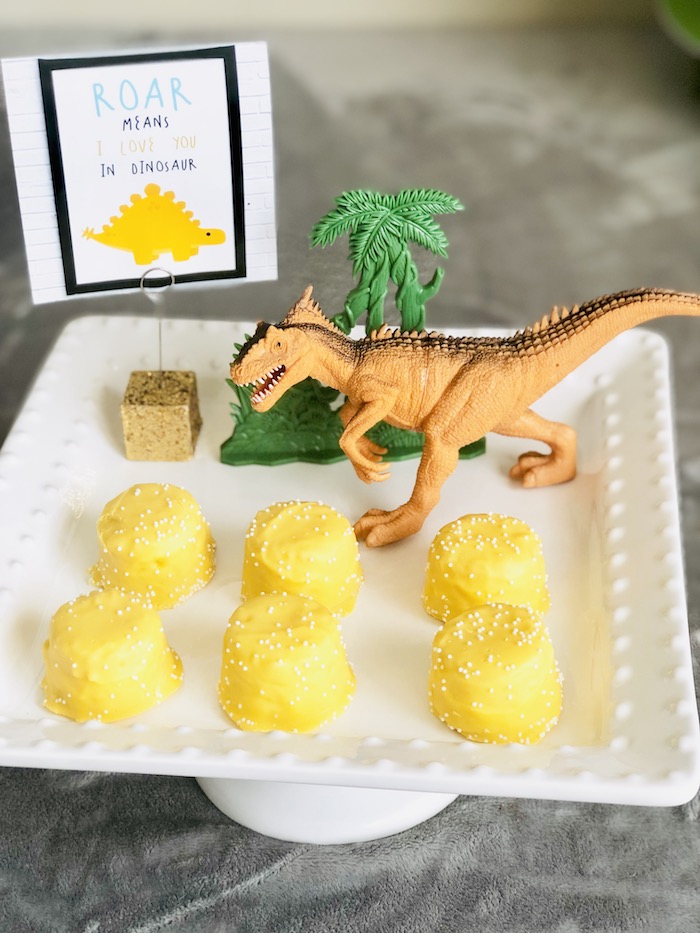 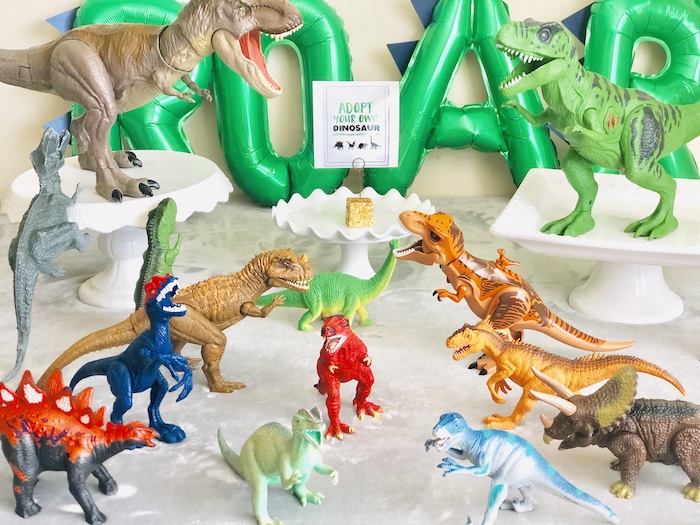 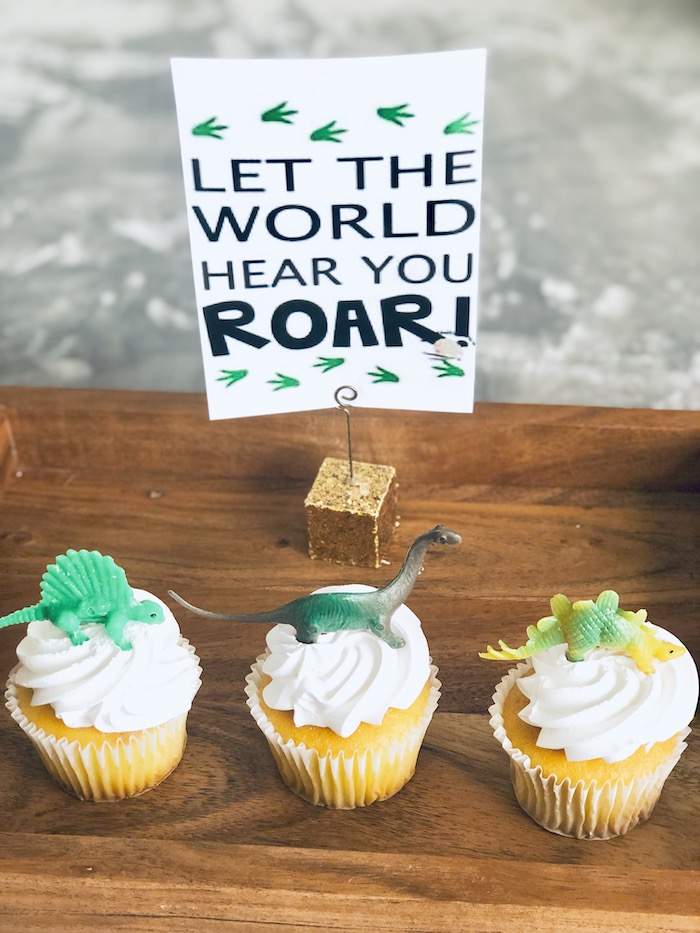 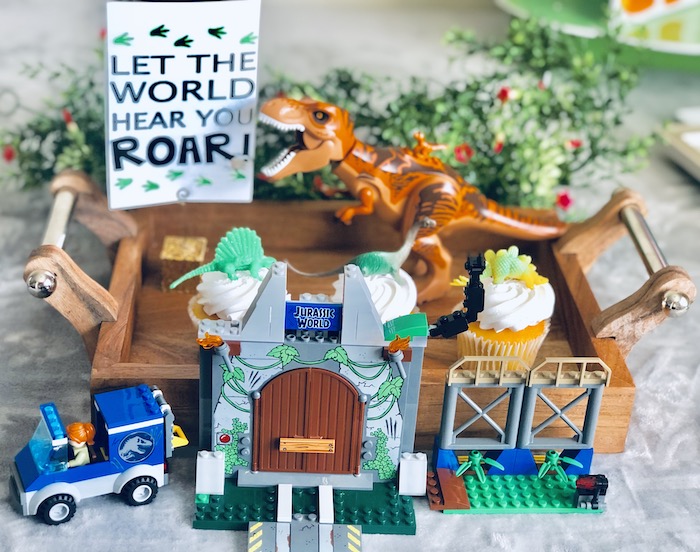 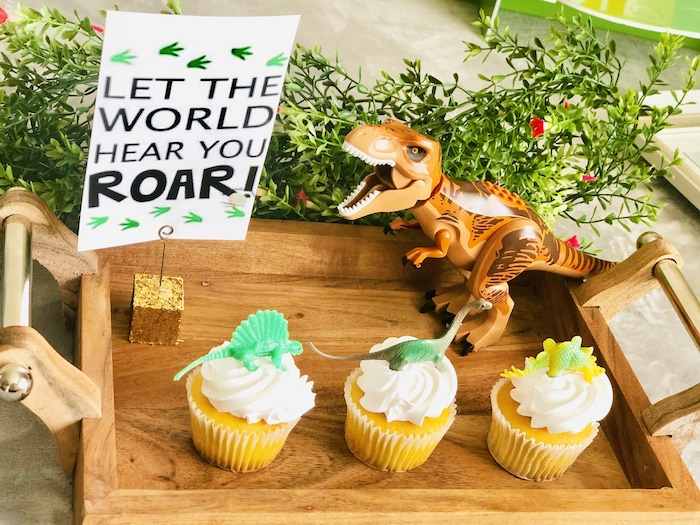 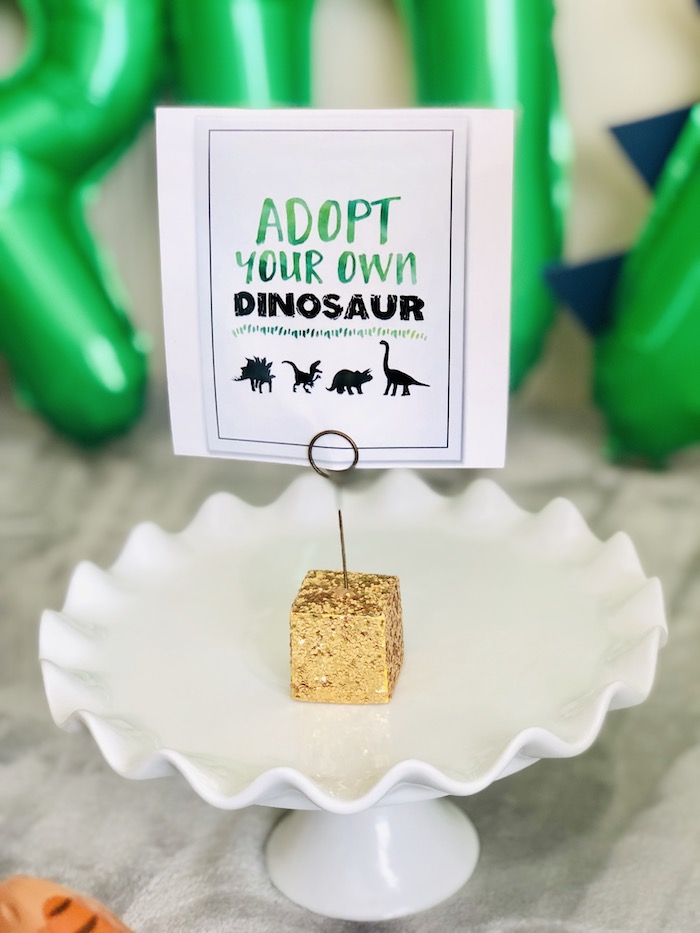 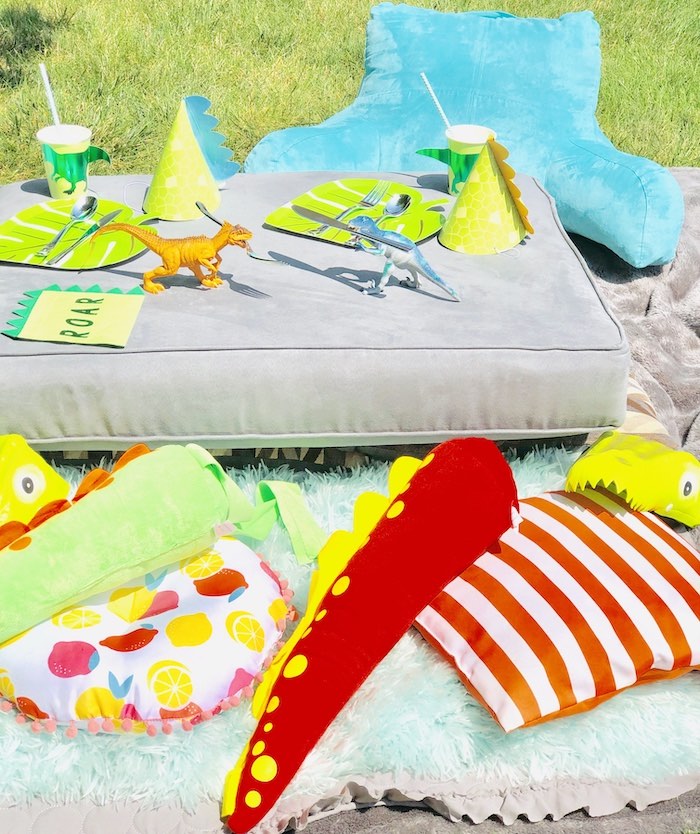 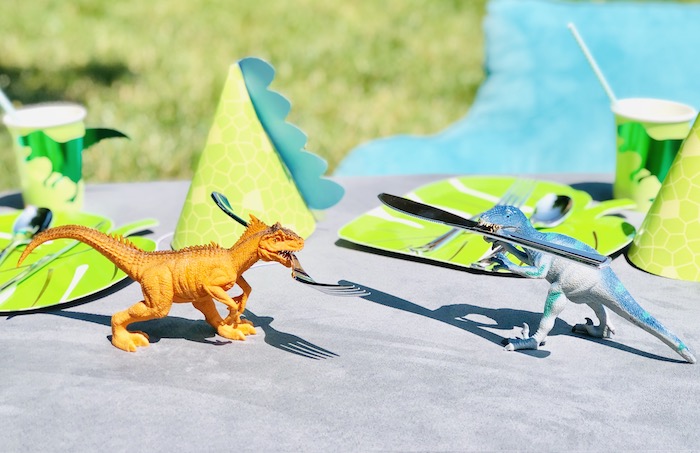 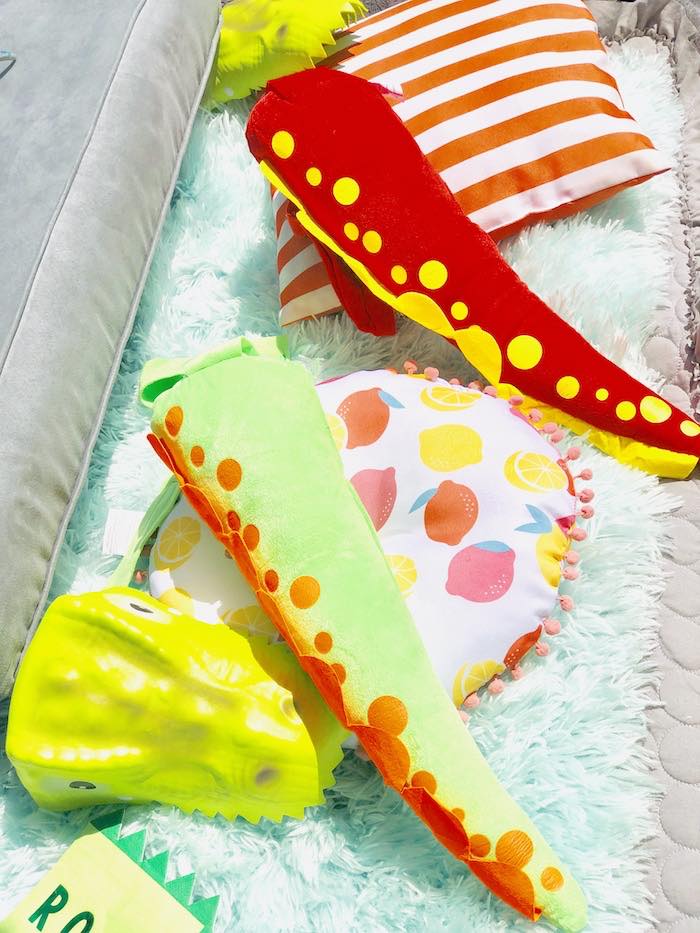 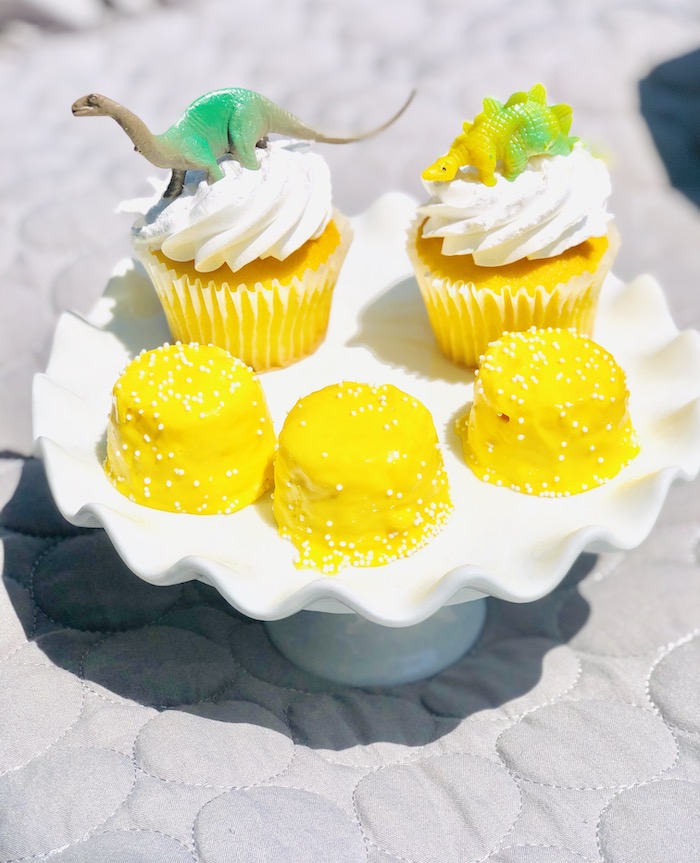 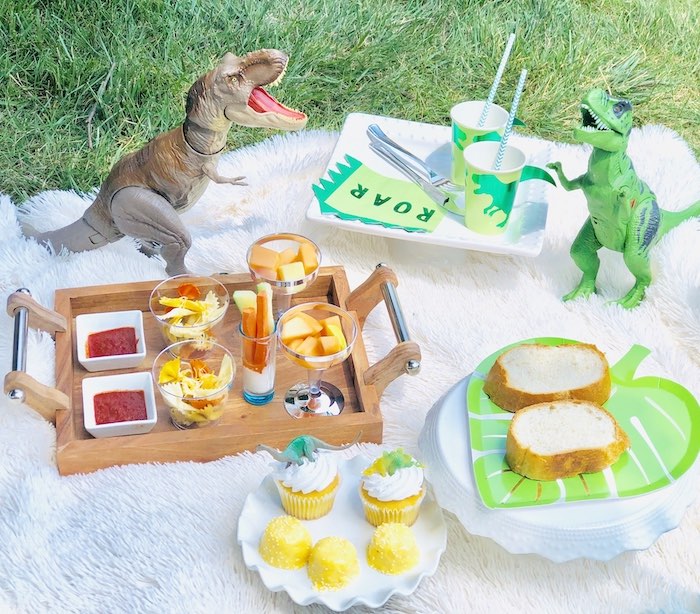 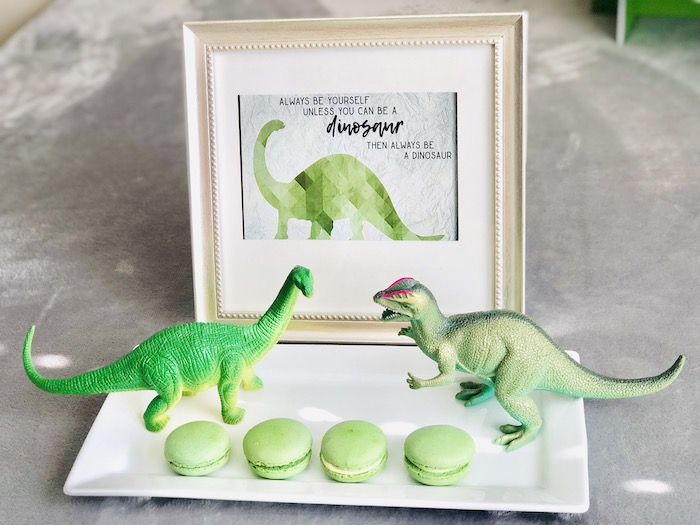 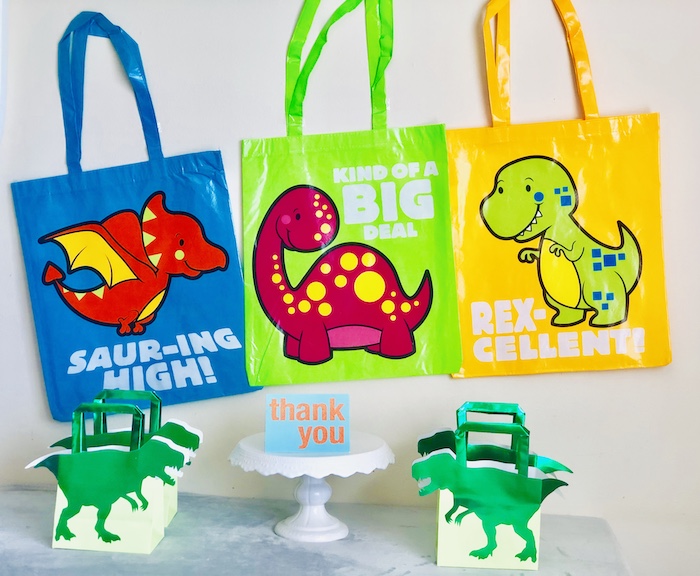 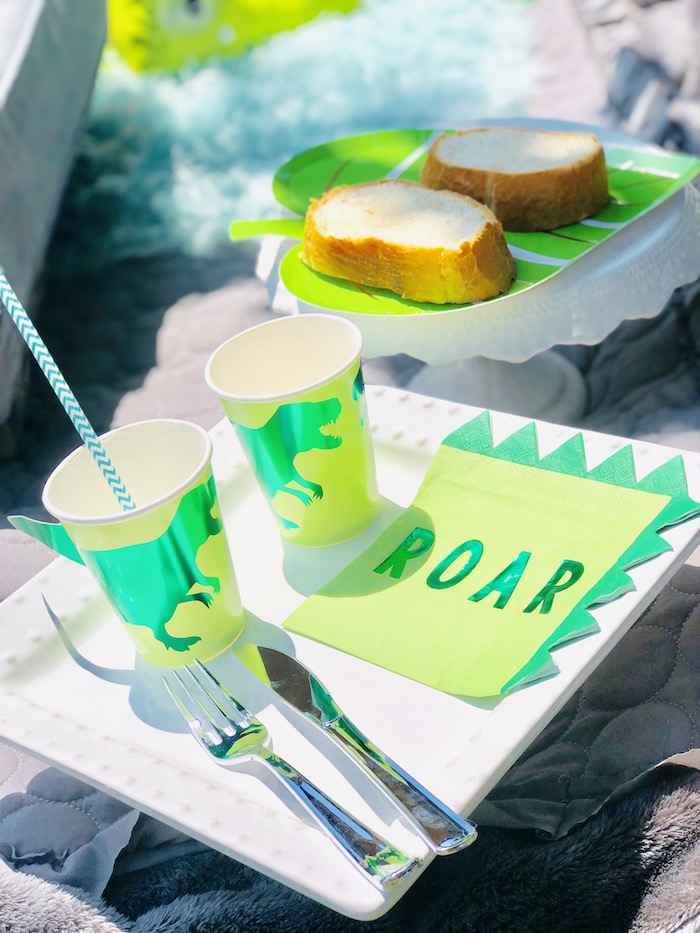 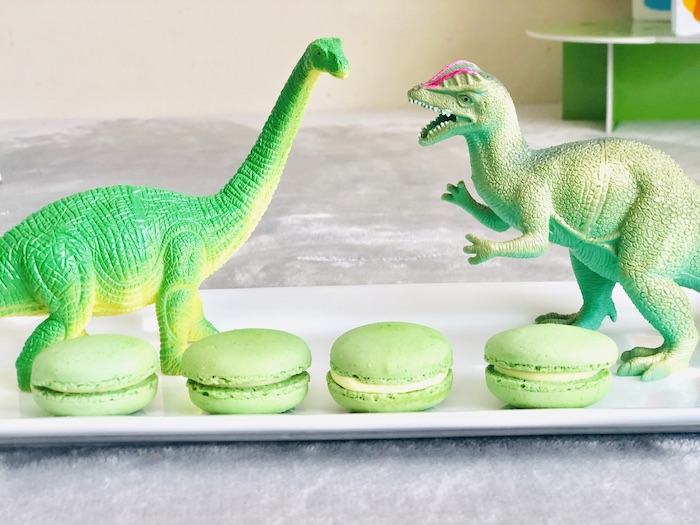 This is what Krishna said about styling the party:

“When my son mentioned about Dino theme I was not much knowing about Dinosaurs. He made me learn different name of Dinosaurs like T. rex, Stegosaurus, Brachiosaurus etc… I asked him what he like about them and he says some of them are really cool . They roar and that’s what he liked about them and all adventure they are part of!

From there I got fair understanding of how to entertain this little boy on his 6th Birthday Party.
As always I tries to involve kids in the theme so that they enjoy it. To recognize what he already explored about Dinosaurs we used all his admins toys including LEGO Jurassic world dinosaur kingdom he built. To have some thrills I had Dinosaurs soft colorful Tails and hats. Those tails and hats were great hit! Roar- means I love you in dinosaur and always be yourself and let the world hear your roar with enjoying at full extent were the highlight of the party decor. Kids are keen observer and learner. This theme along with enjoyment made them to explore their inner roar !
We had “ ROAR” green metallic banner with spikes , Roar Napkins, Green leaf plates, dinosaur cups with Dino tails ,and dinosaur happy Birthday banner from Birthday In A Box.

Green and white ballon garland was outlined over Roar banner . To set up dessert snack table we had Dinosaur cone stands from Oriental trading. Snacks and desserts were from local bakery. Kids and Dinosaurs had Vanilla cup cakes, chocolate cake, veggie pasta, cantaloup, apples, cake pops, caramel popcorns and veggie puffs and French macrons. Kids indulged in the treats while having fun. We set up brunch sitting outside since it was lovely sunny day which was great hit including Dinosaurs. Dinosaur cone stands, dinosaur hats, dinosaur tails and dinosaur tote bags were from Oriental Trading.

Adopt your own dinosaur gave great feeling to guest knowing that fun will be continued and that they hit new buddy. Dinosaur toy, dino tote bag, dino mask and tails were the return gifts for guests.
Roaring High was indeed through out the party and we fell in love with Dinosaurs and their roaring all over again.

All those cheers through out the party made me feel that we were successful in bringing a Dino mite time to the birthday boy and guest.” 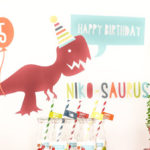 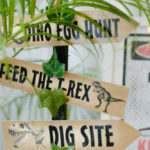 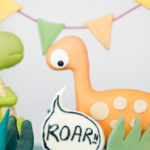 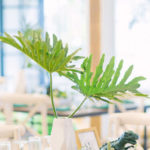