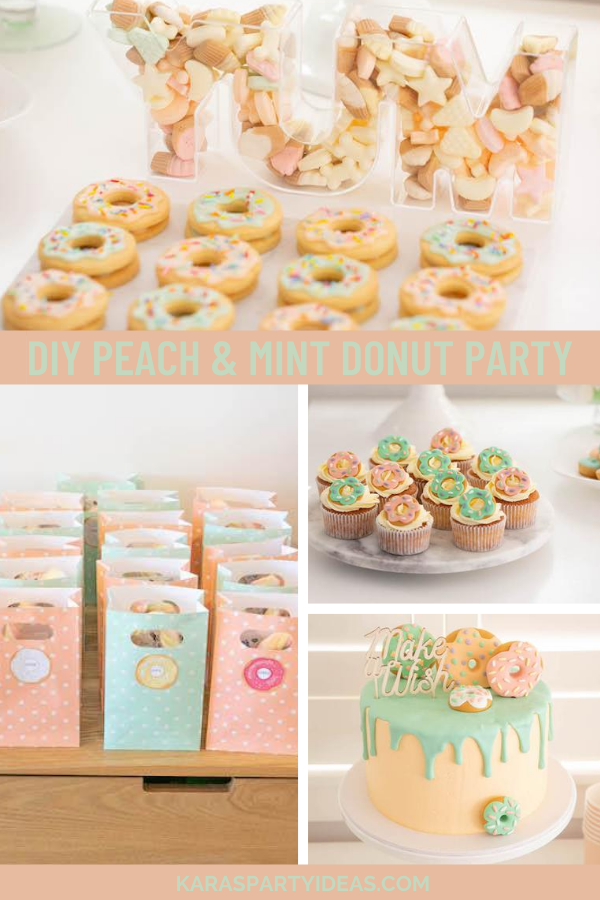 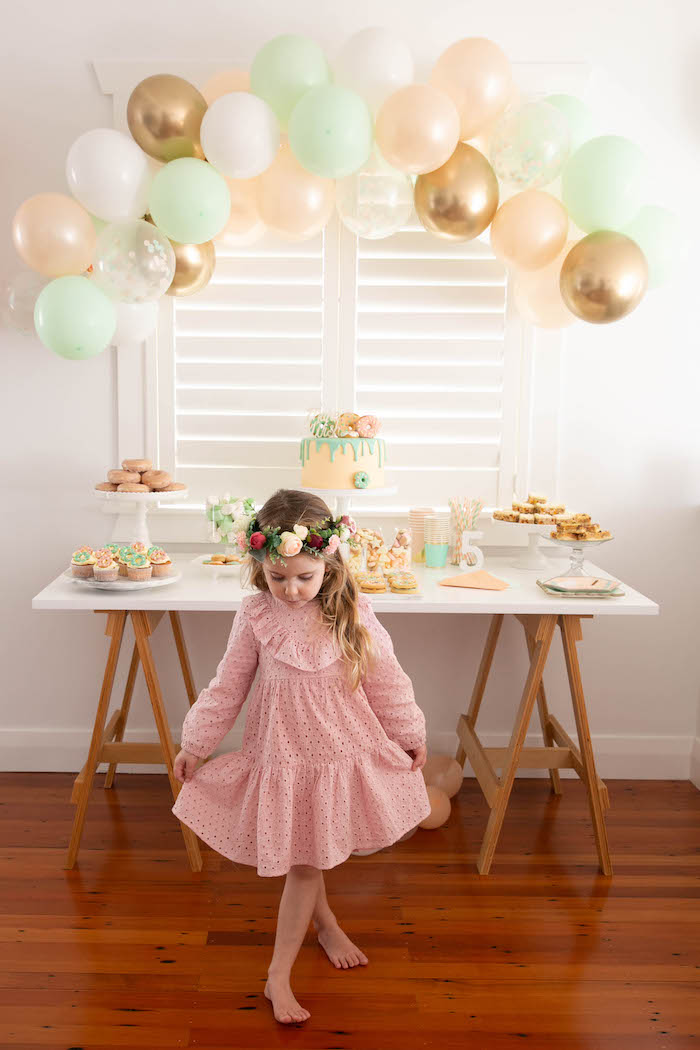 Are you ready to be sprinkled with excitement?! You’re sure to go crazy over this DIY Peach & Mint Donut Party by Kirstin Leman of The Party Room!

Rolling at you out of Auckland, New Zealand, you’re going to eat up everything in this sweet birthday bash. With its pastel color palette, delectably sweet treats and custom decor it is sure to have you swooning for much more!

So, grab some milk and dunk into these darling details: 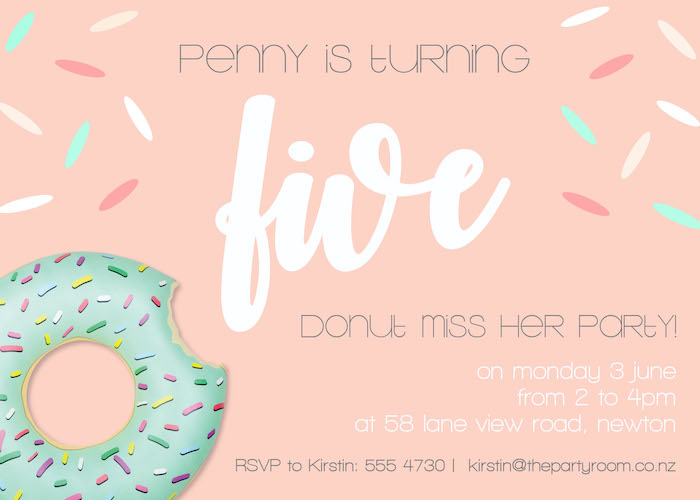 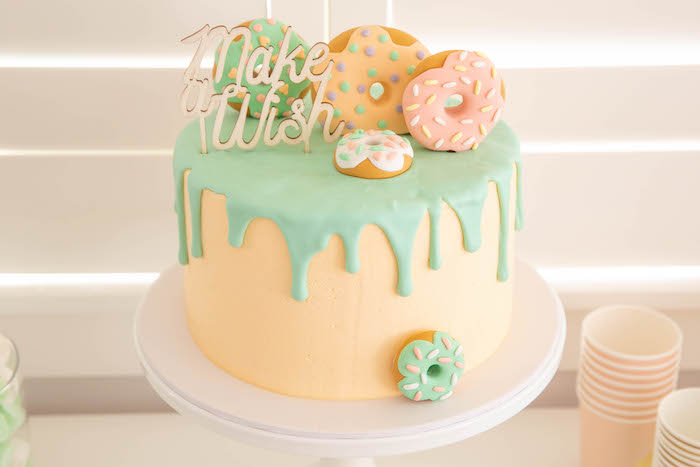 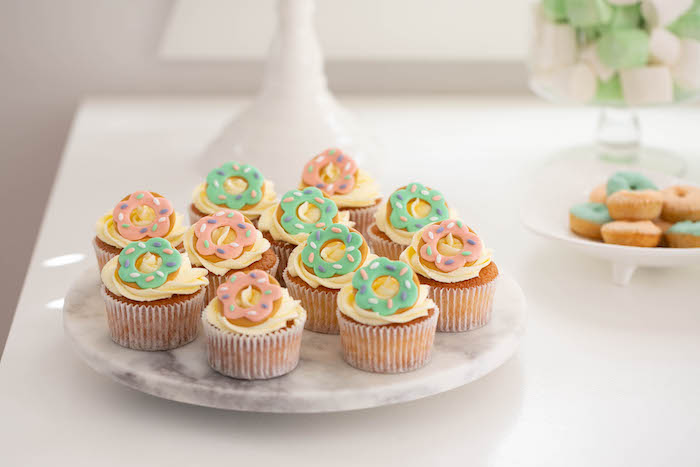 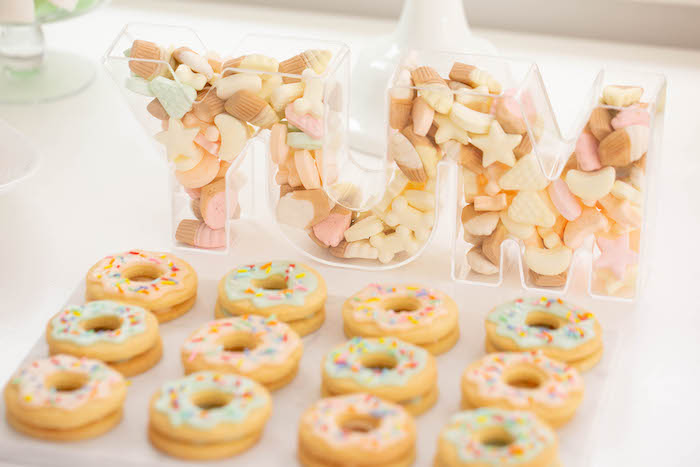 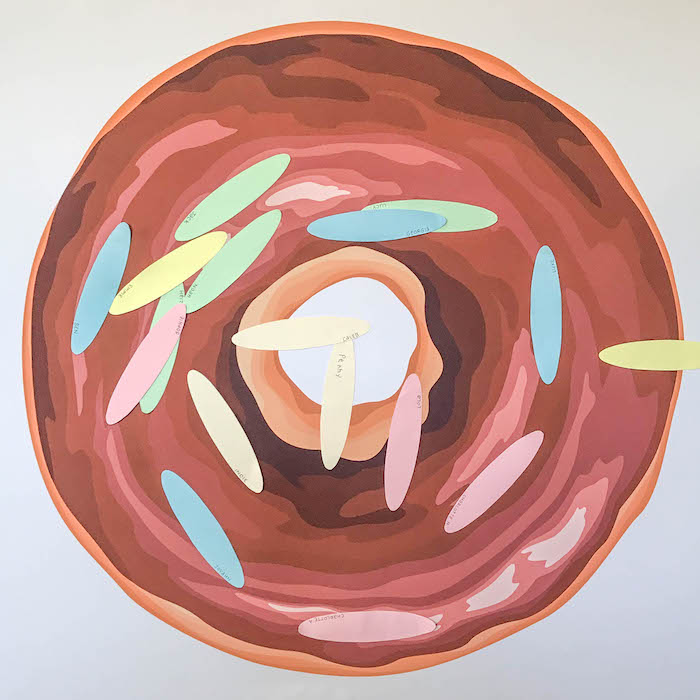 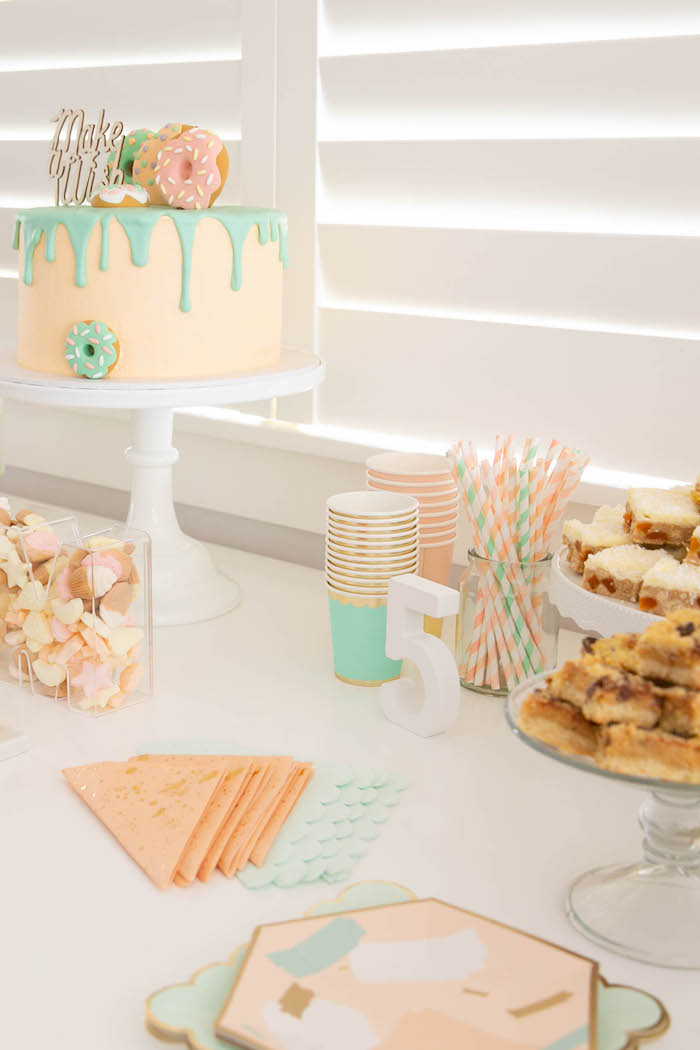 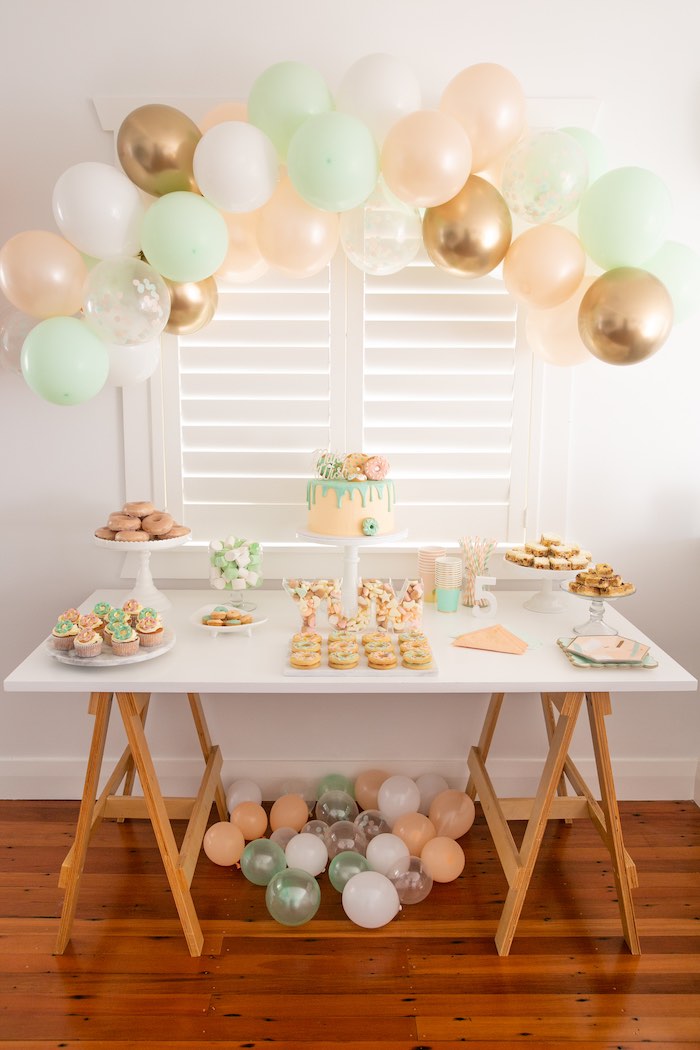 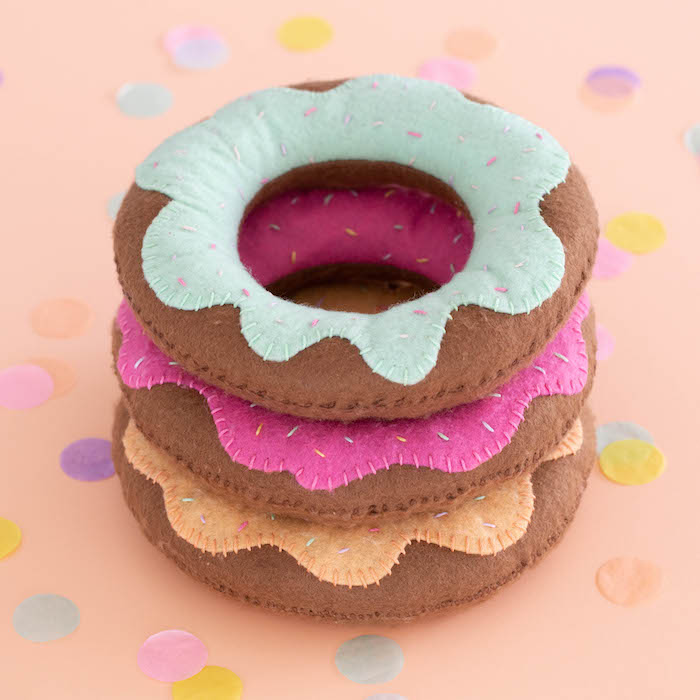 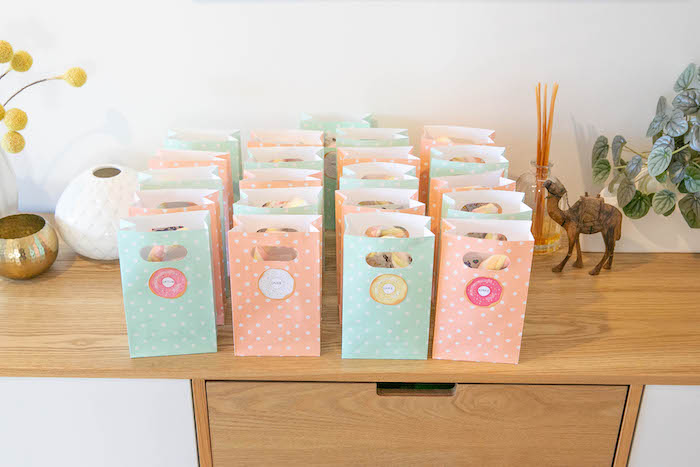 This is what Kristin shared about styling the party:

“My daughter, Penny, requested a donut party for her fifth birthday. I loved the idea (given how donut-obsessed she is)! Rather than sourcing donut-themed party plates, cups and napkins, I decided to use a peach and mint color palette as the focal point.

After searching high and low for invitations that fit the theme and color scheme, I decided to design the invitations myself. On the back of the invitations was a photo of the birthday girl holding a large number five rose gold foil balloon filled with helium. She loved all the fuss that was being made over this milestone birthday.

I enjoy the creative process of making food for my children’s parties. It was no different with this one. From the fondant donut cupcake toppers to the donut-shaped cookies! I had fun integrating the theme across the food. Even if it meant a few late nights leading up to the party!

I made the donut fondant cake toppers several weeks prior to the party. By doing this, it would be one less thing on my plate. The cake itself was Neapolitan-flavored, on request from the party girl. The cake was covered in a peach-colored buttercream and a mint-colored white chocolate ganache.

I tried to source party decorations to fit the color scheme without success and was therefore left to create them myself. The backdrop of the party table was a peach, mint, white and gold balloon garland that I made using video tutorials. I added small balloons in the same colors under the party table as an extra decorative touch. I prefer parties that have a minimalist aesthetic and this guided the way I styled Penny’s party.

We had to entertain 25 children for two hours! We prepared several party games. These included pass the parcel, pin the sprinkle on the donut and donut toss (an adapted version of quoits). To end the party, we had a donut piñata which was an absolute hit with the guests.

I strive to be as eco-friendly as possible, so the loot bags simply contained a handful of candy and a few sheets of paper stickers. The day was a wonderful success and it was such a pleasure to create a party that my daughter will hopefully remember for a long time to come.”

Food, cake, games and balloon garland – created and styled by Kirstin at The Party Room 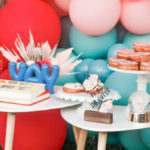