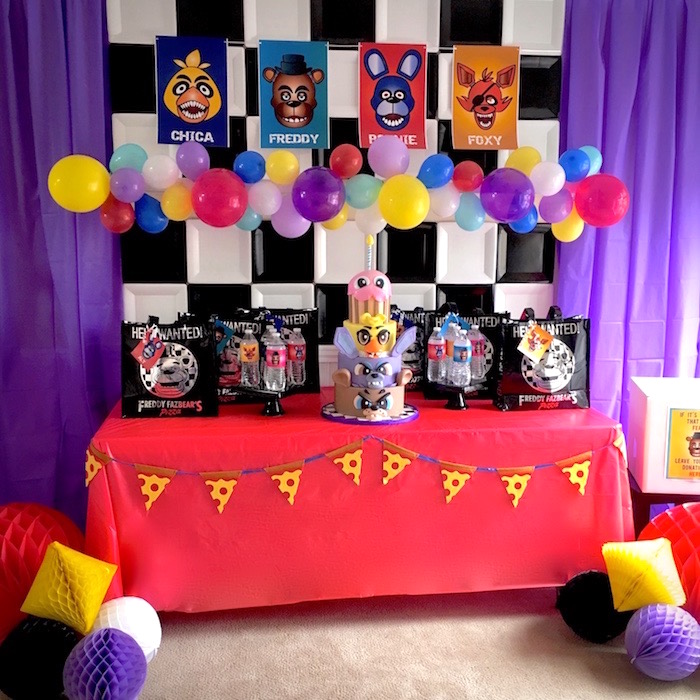 From the awesome 4-tiered character cake to the fabulous custom printables and colorful party elements, this birthday celebration is one “spooktacular” event!

The party details that you just can’t miss from this fabulously fun birthday bash include: 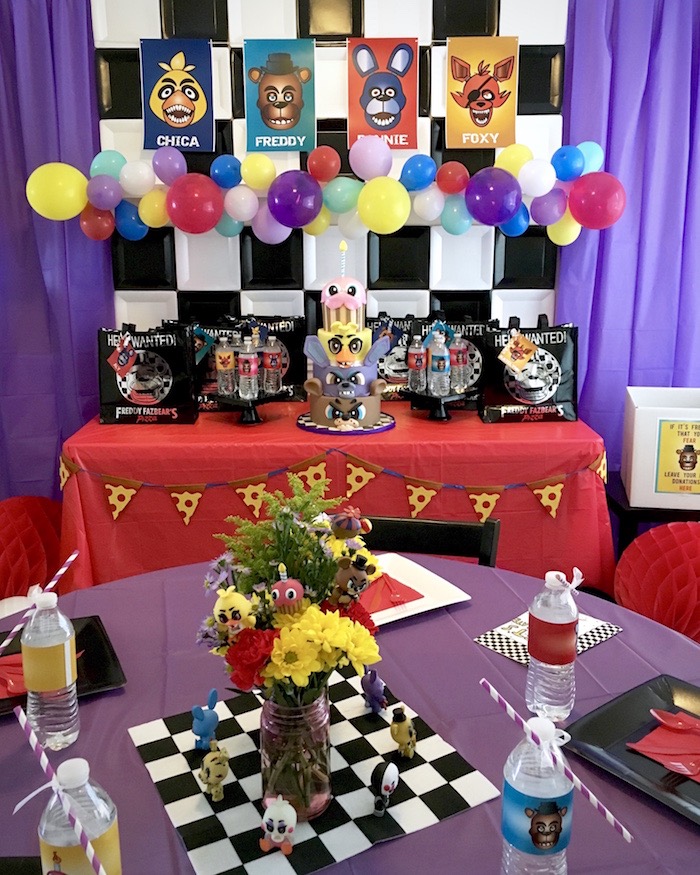 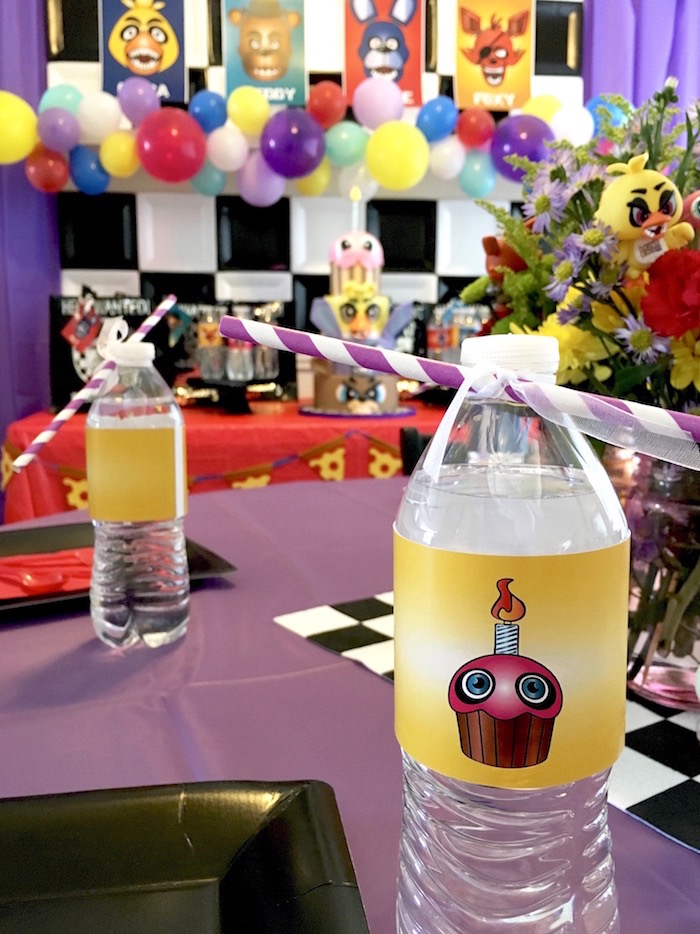 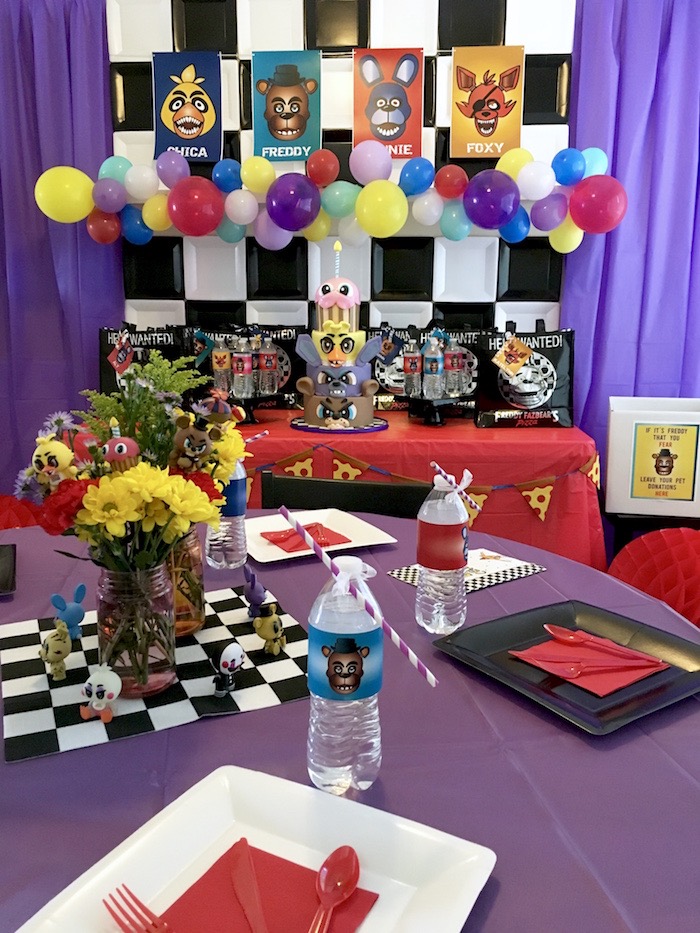 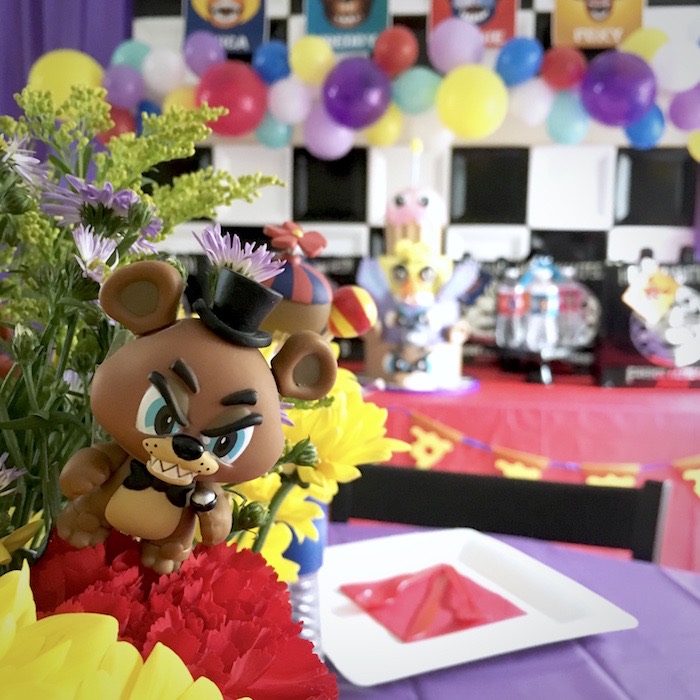 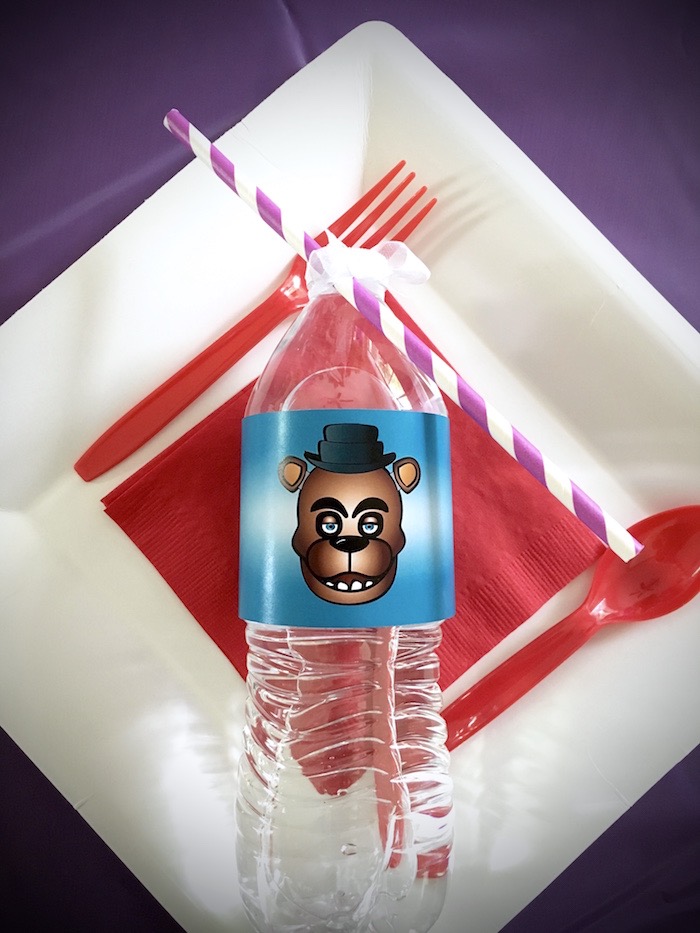 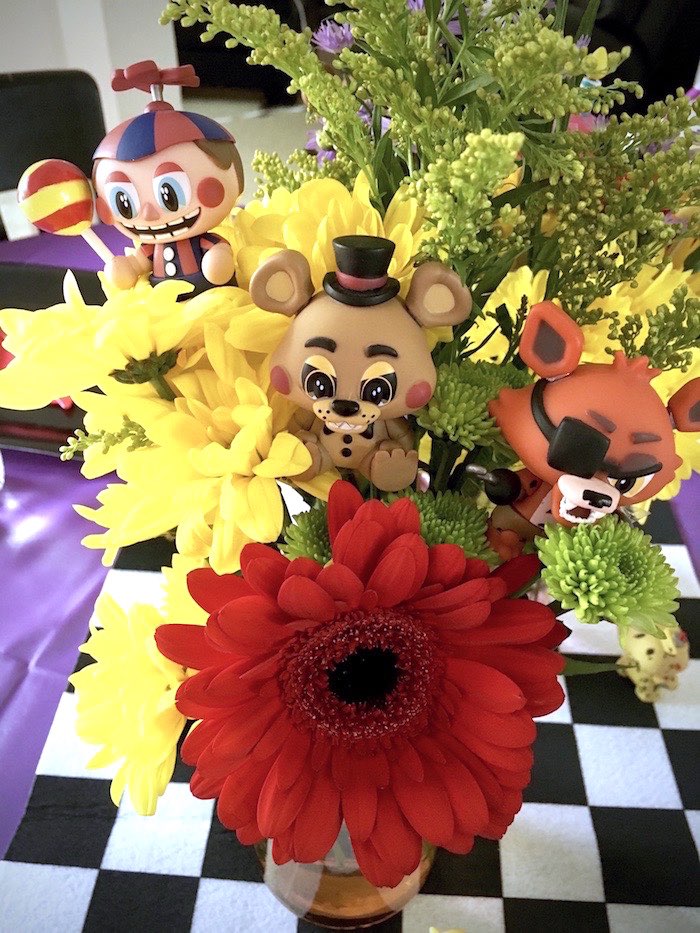 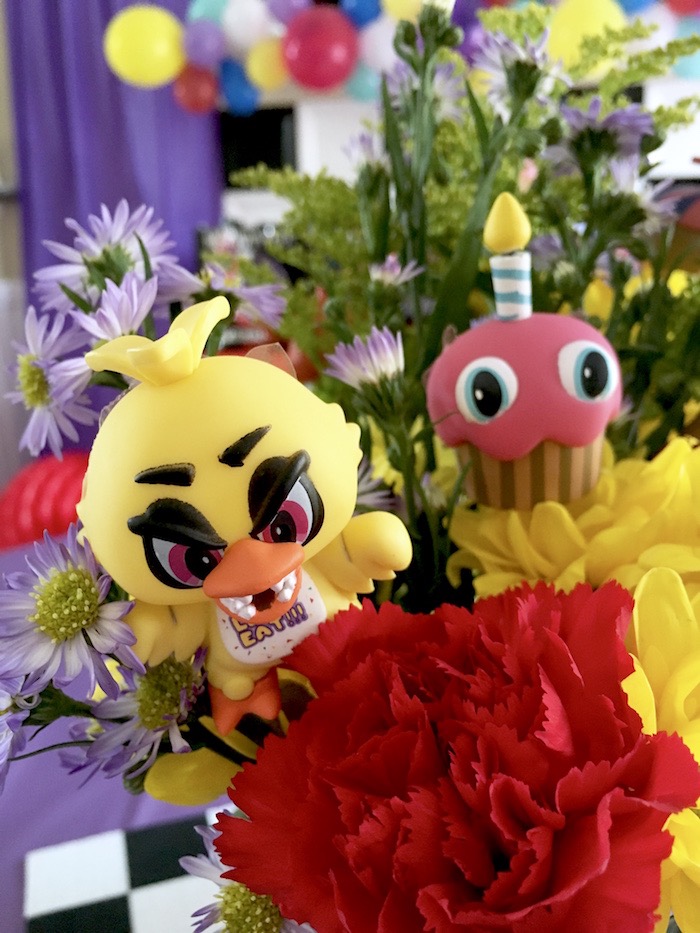 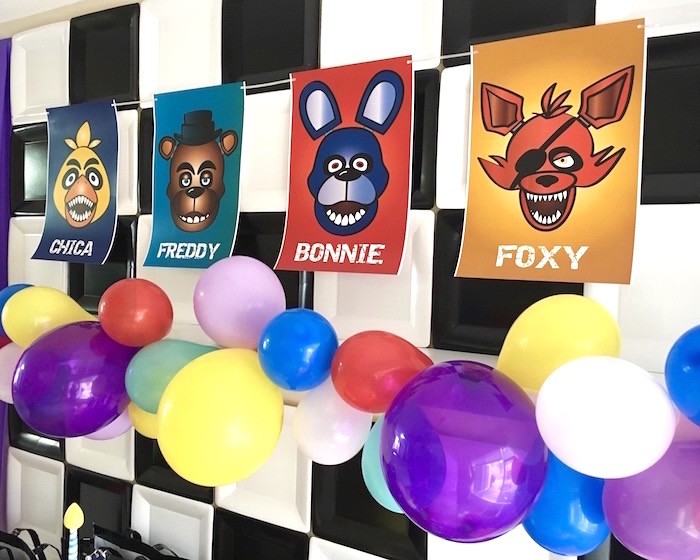 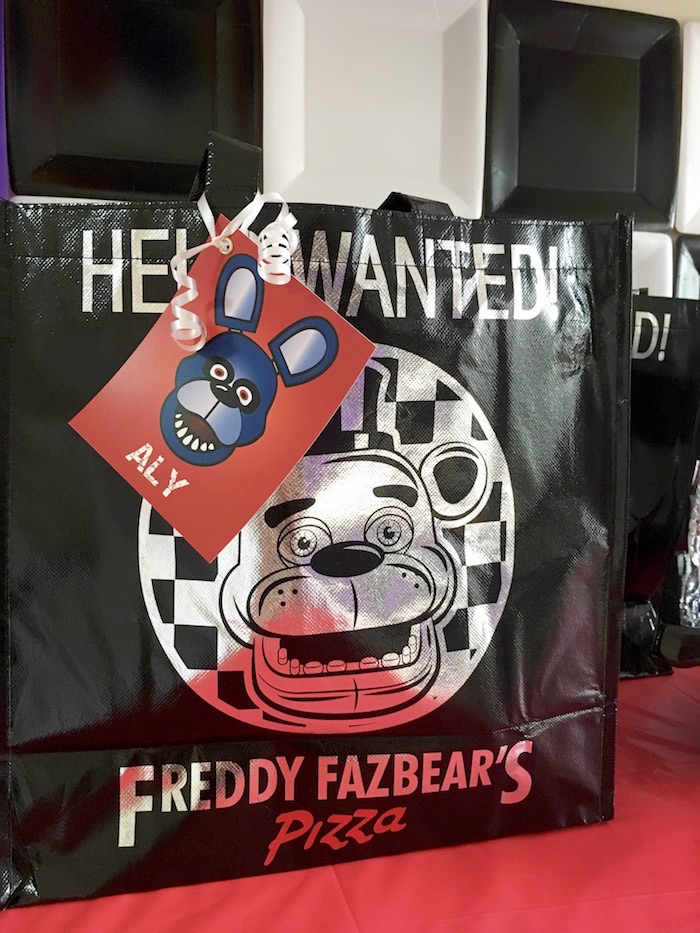 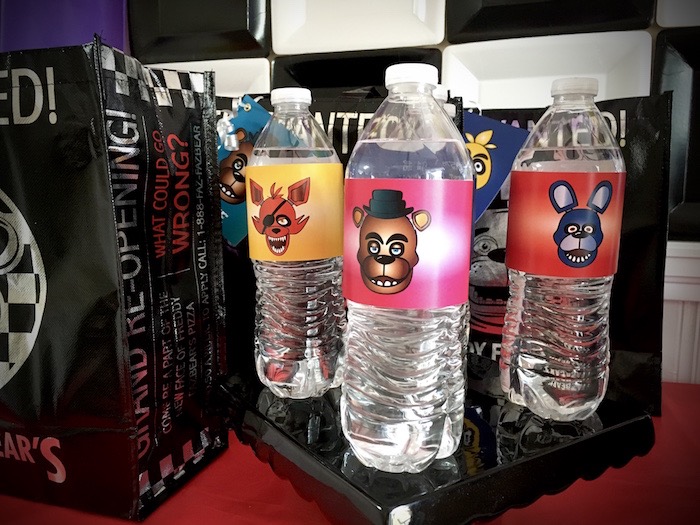 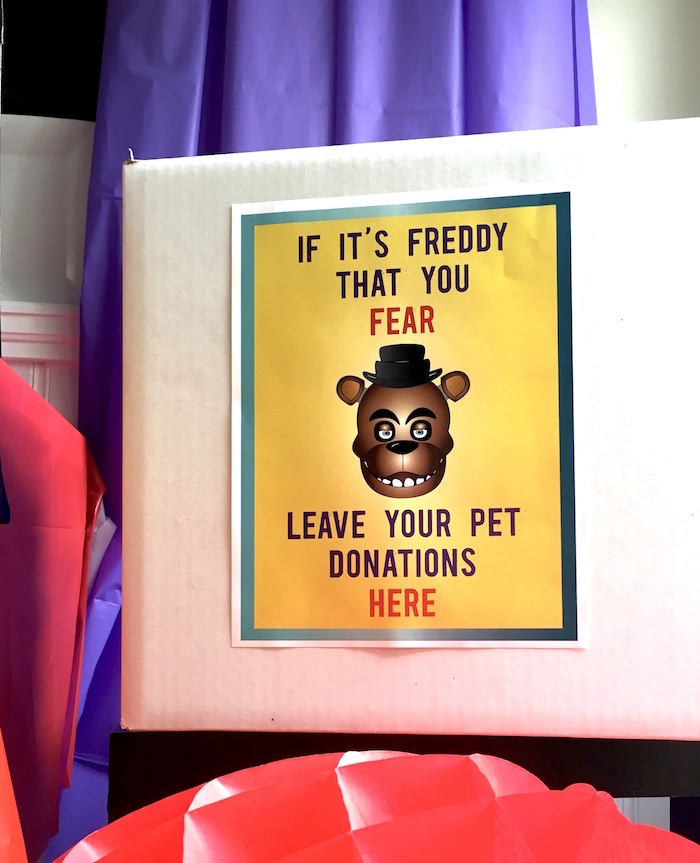 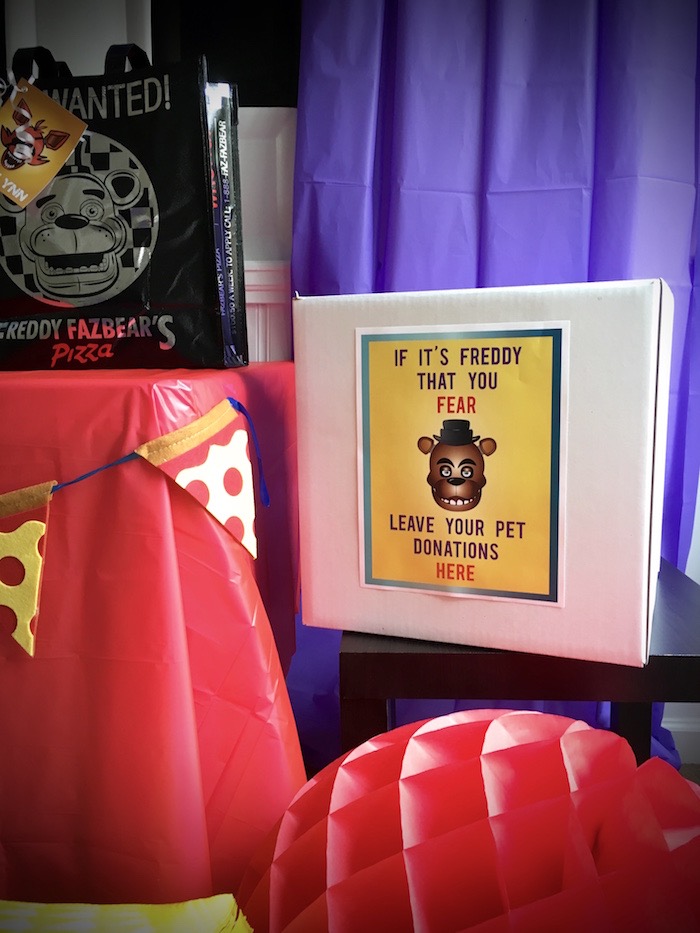 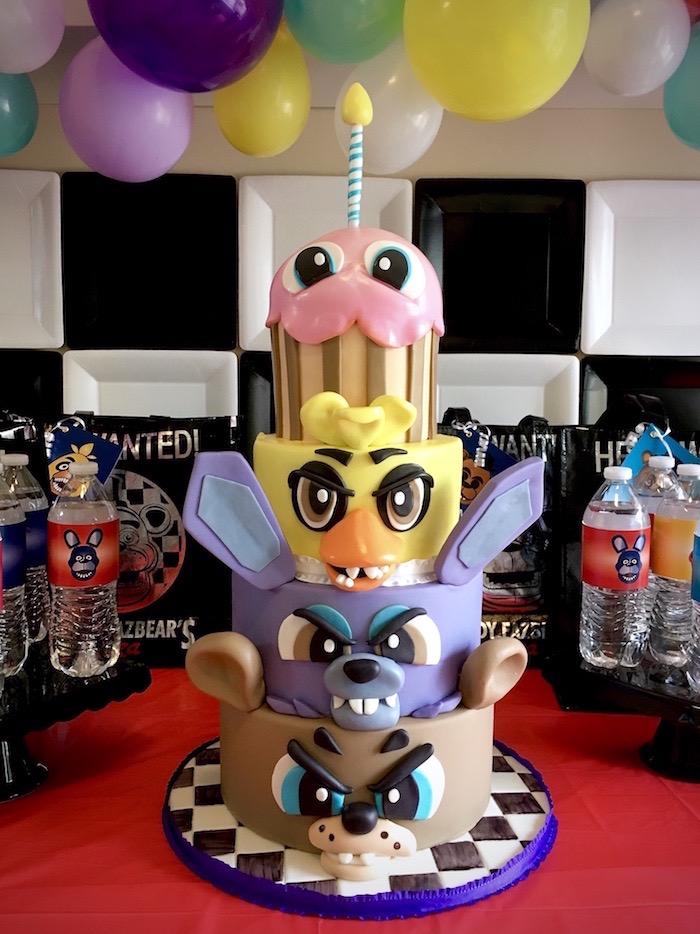 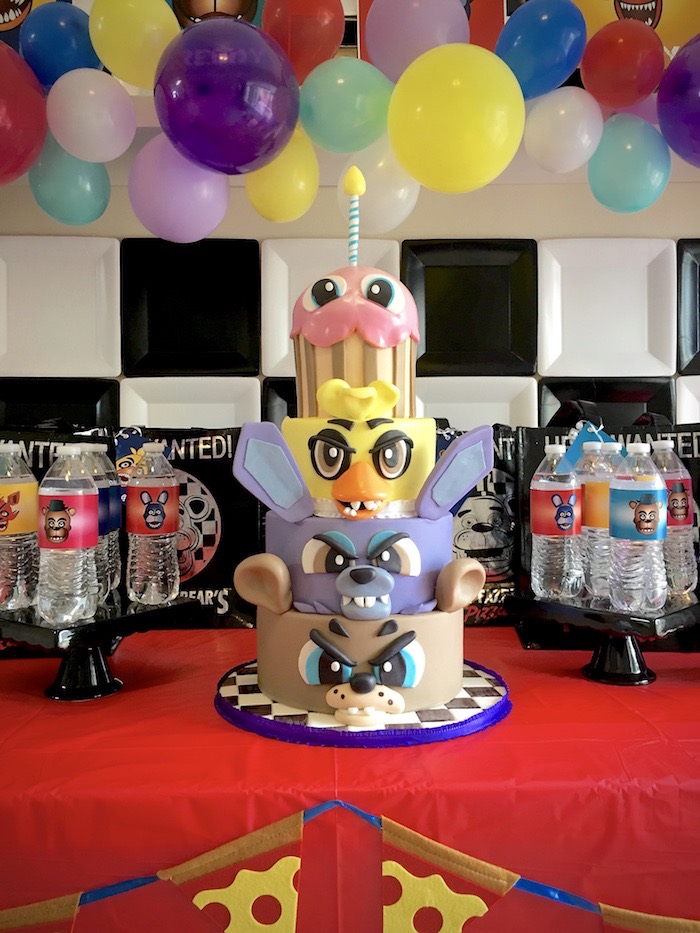 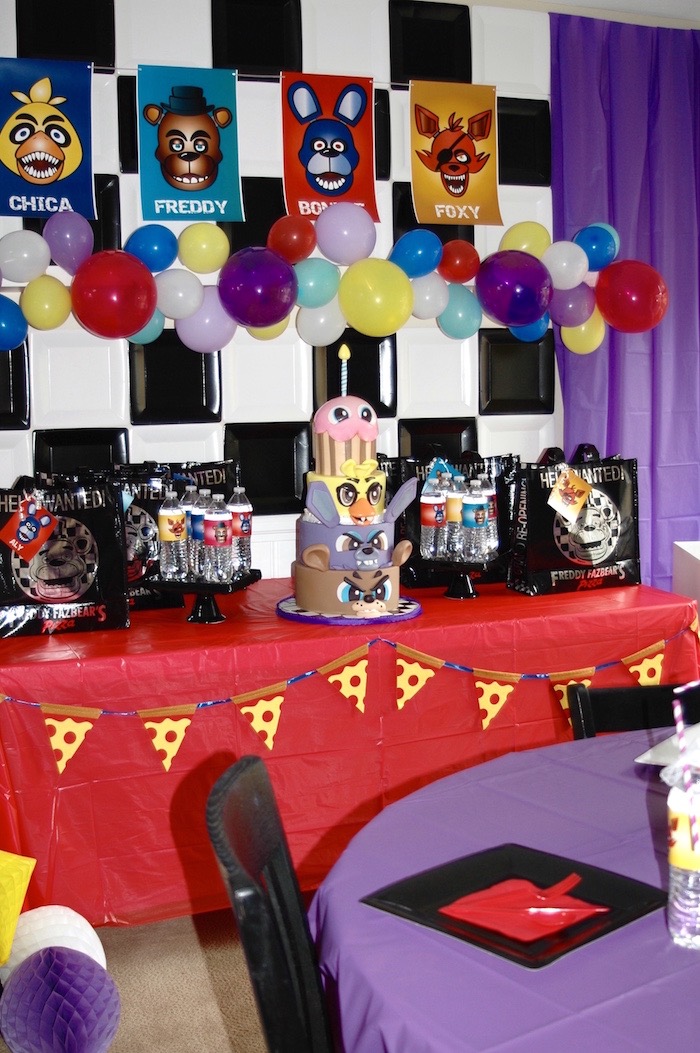 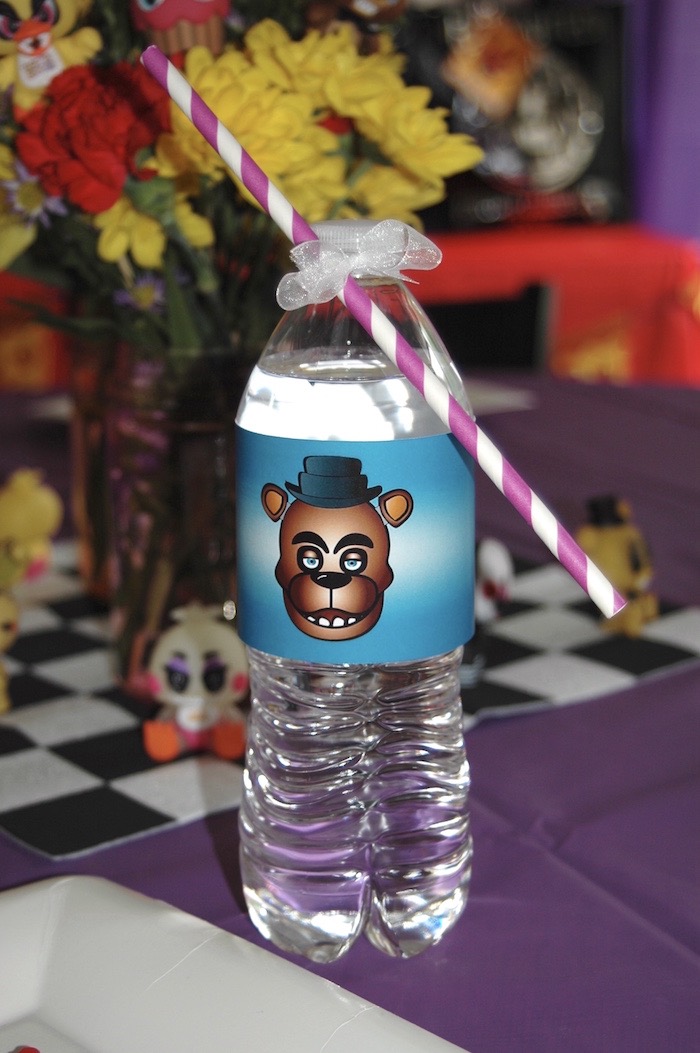 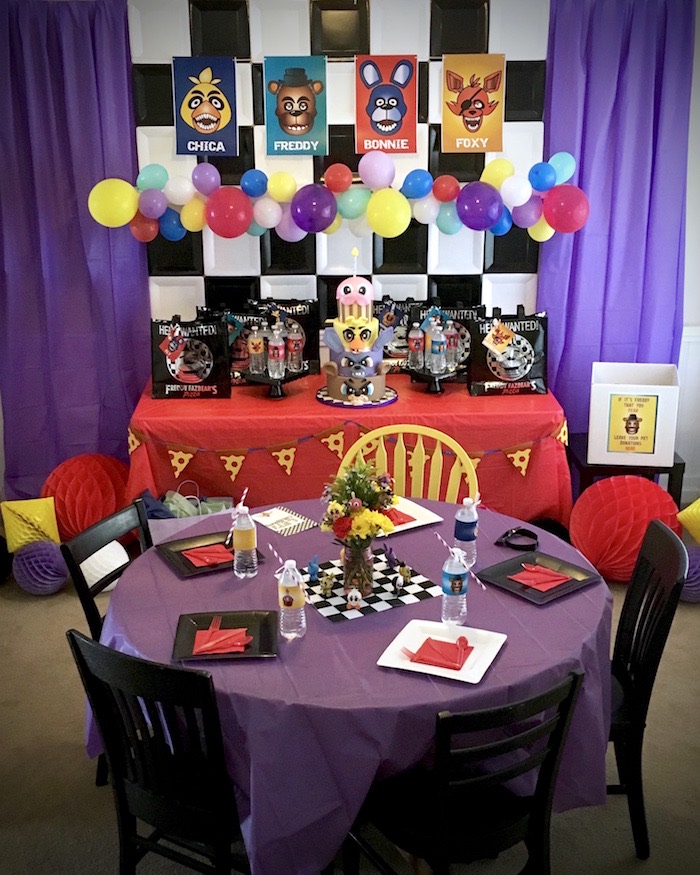 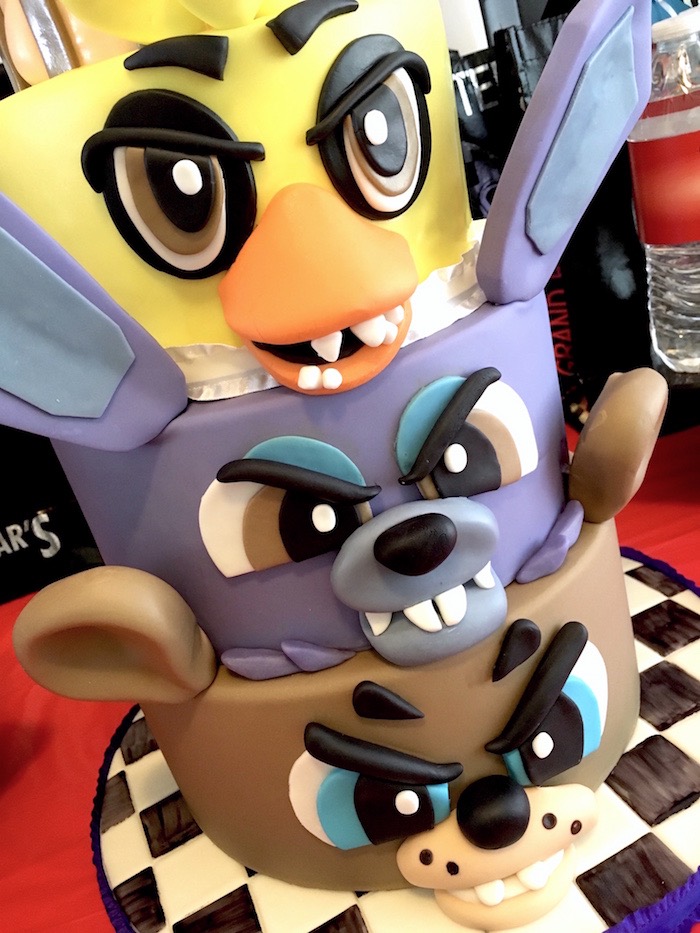 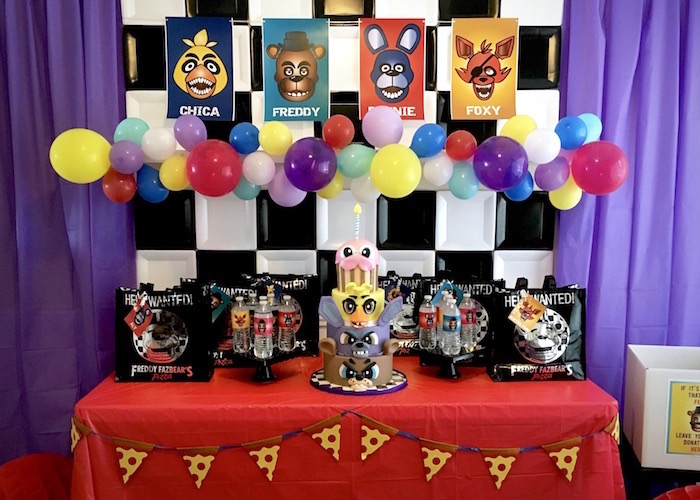 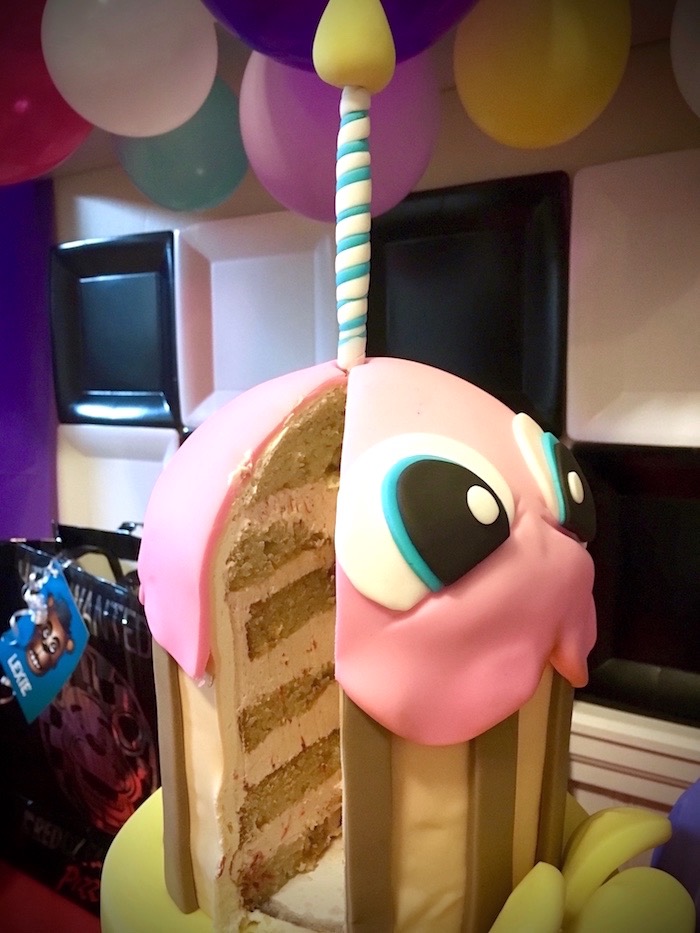 This is what Pamela shared about the party–

“My daughter and her friends are big fans of the game Five Nights At Freddy’s. While the game is dark and the characters are scary, we chose to make this birthday party bright and cheery.

Using some of the elements from the game, like the checkered board pattern and purple drapes we created a backdrop with black and white square paper plates and purple plastic tablecloths.

Every birthday party needs balloons, so we created a fun balloon bunting to go under posters of the main characters from the game. This was an inexpensive way to decorate and it made a huge impact on the room.

Our good friend and incredibly talented cake artist, Renee made a cake that blew the kids minds when they saw it.

Bags from Hot Topic where used to hold party favors and decorated with personalized character tags.

The kids dined on pizza around a table that was adorned with pretty little flower arrangements that included little plastic FNAF figures. After pizza is was time for vanilla cake with strawberry buttercream. It was hard cutting into the character, Carl the cupcake, but worth it!

In lieu of gifts, my daughter asked her friends to bring pet toys and food that she could take to our local shelter to donate. Fun was had by all and in the end it benefited a bunch of furry friends.”