Filled with lots of lego delight, this Lego Police Birthday Party by Mirna Merhi, out of Dubai, UAE, is fighting the good fight!

So grab your badges and tasers too because it looks like you have a job to do!

…To search high and low for bandits that steal candy, you’ll need the following, favorite details, that are sure to come in handy: 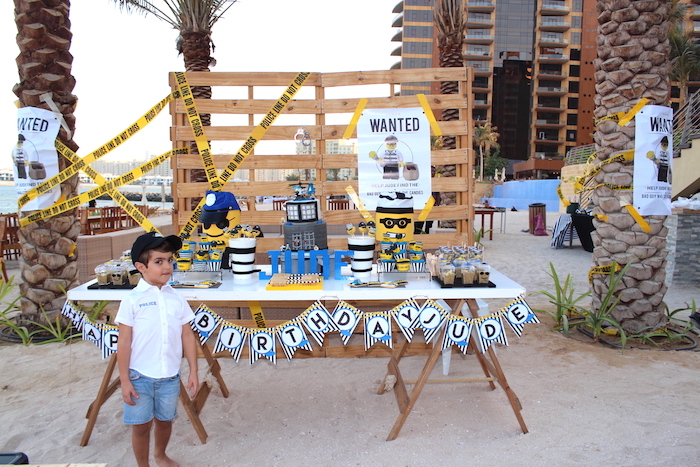 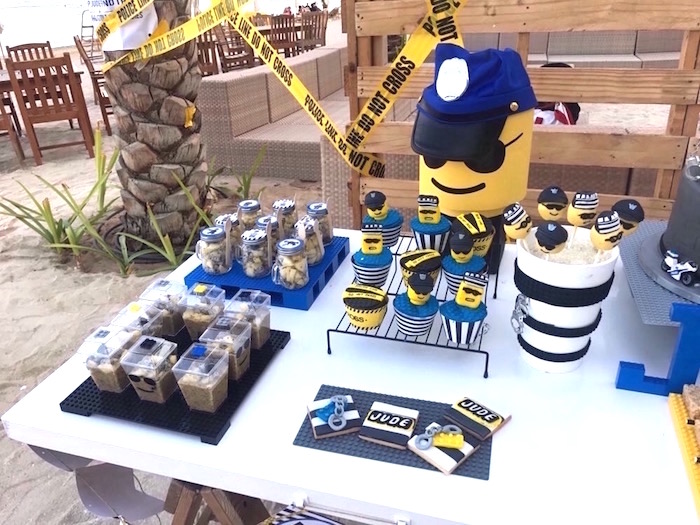 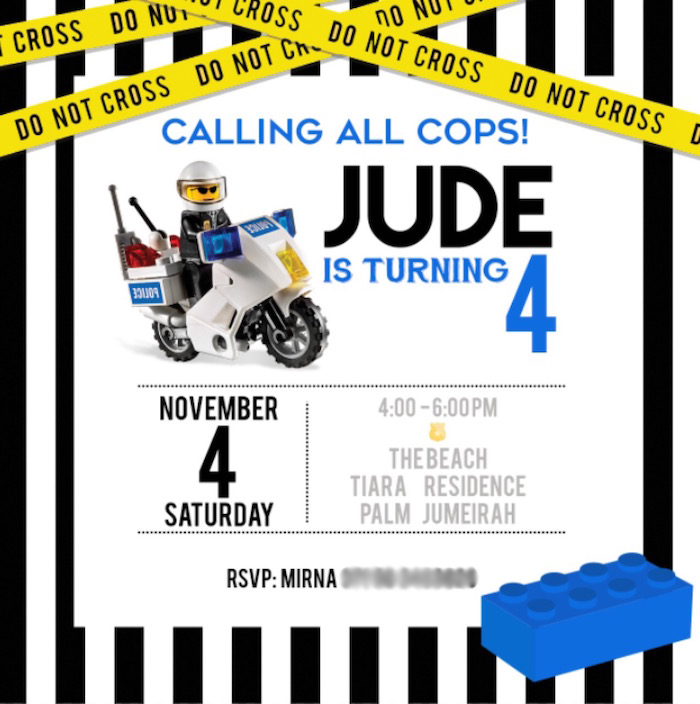 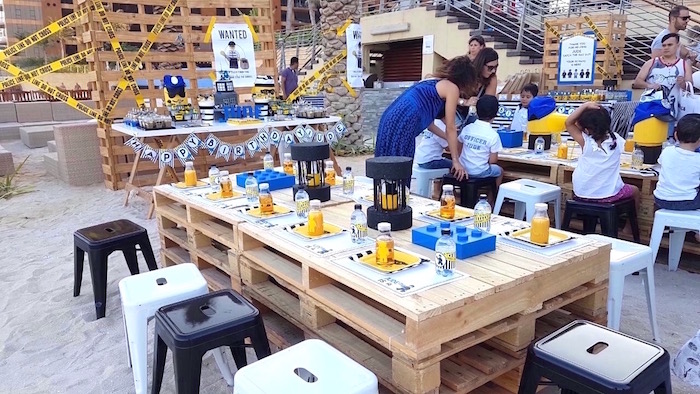 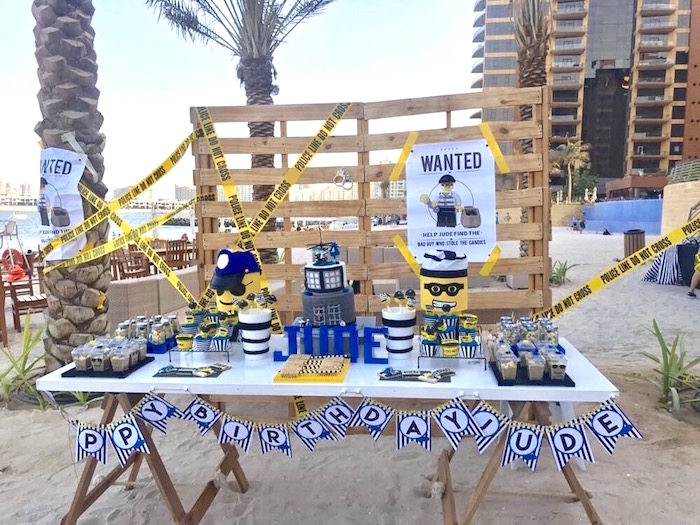 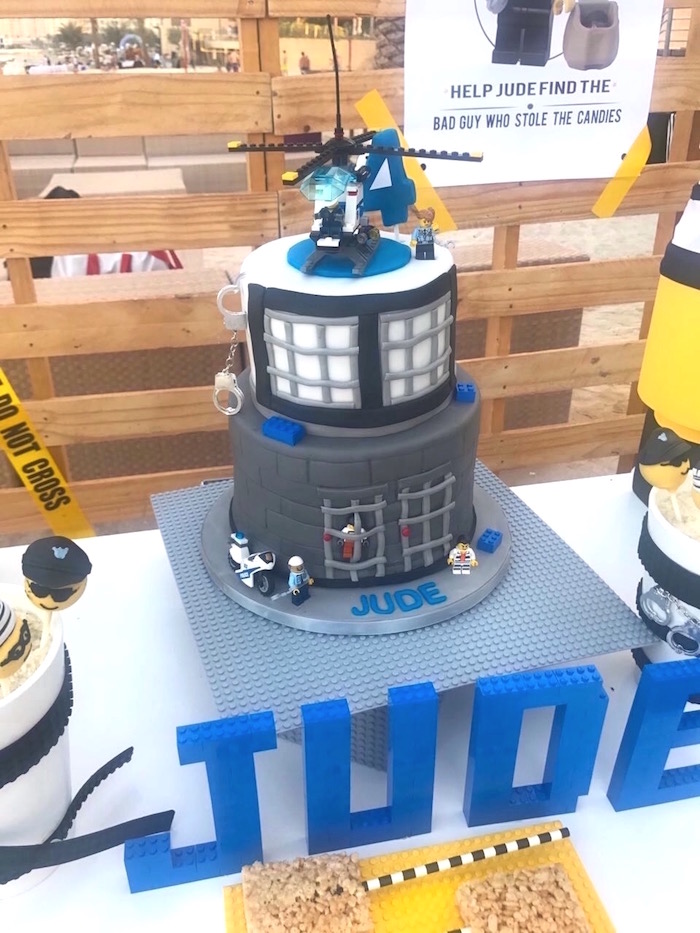 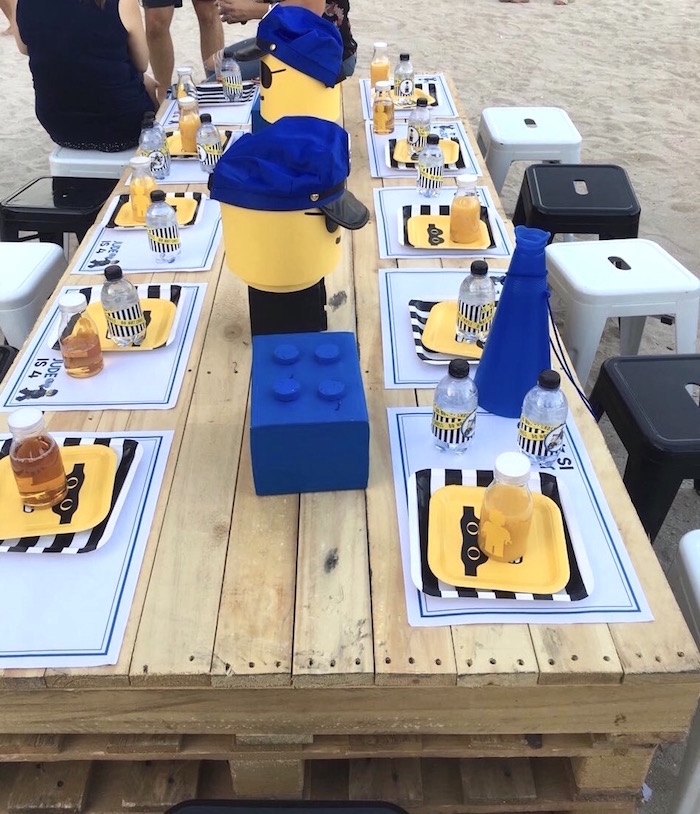 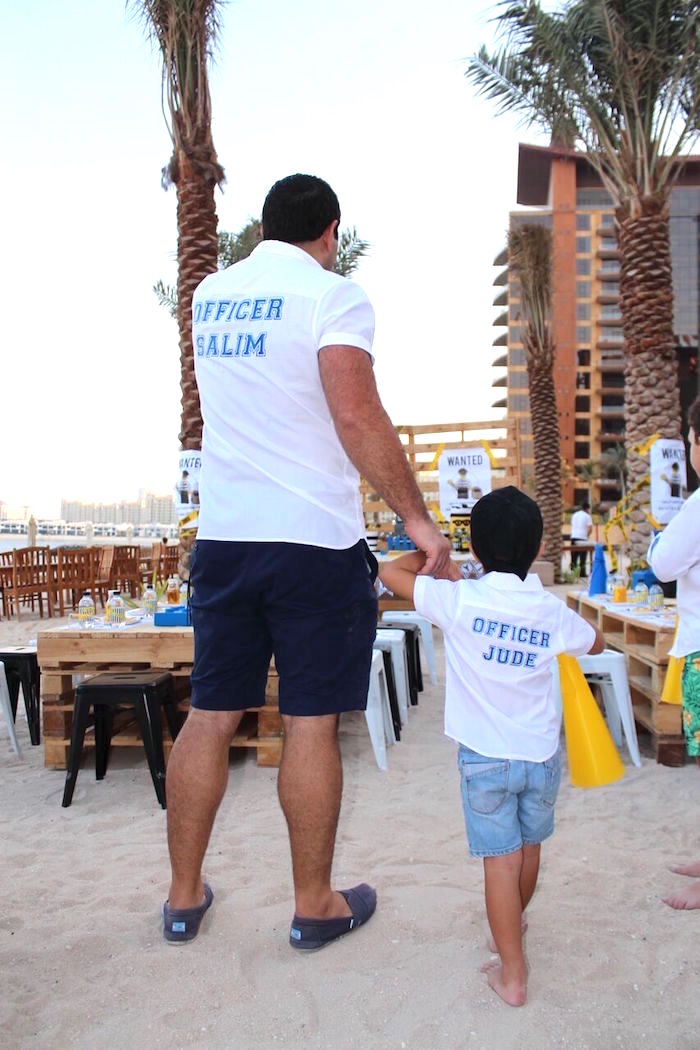 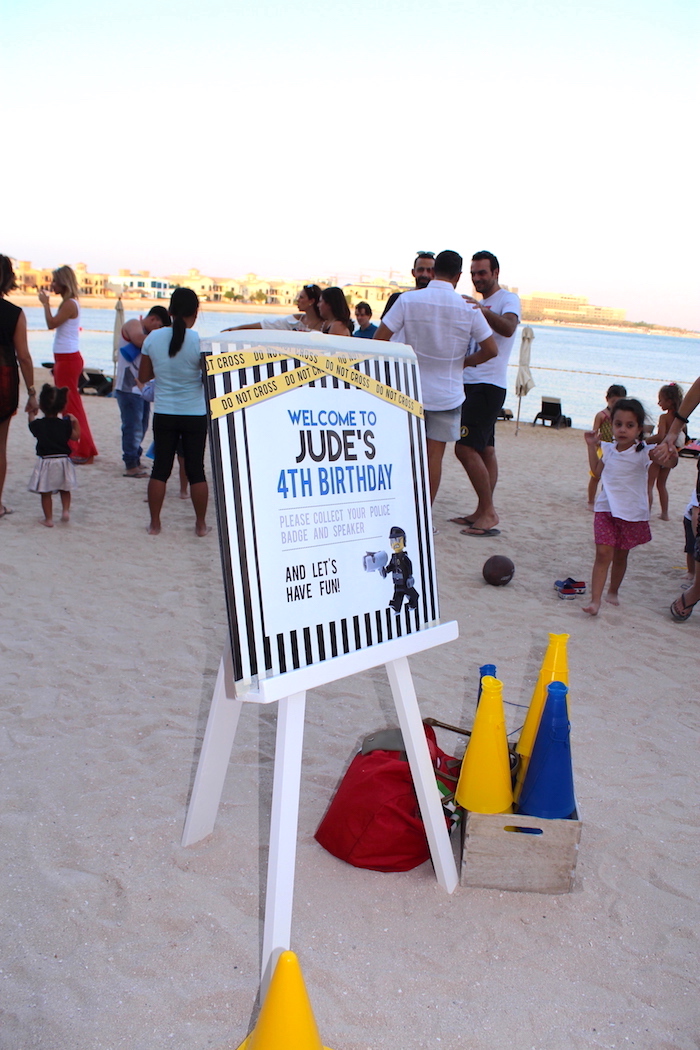 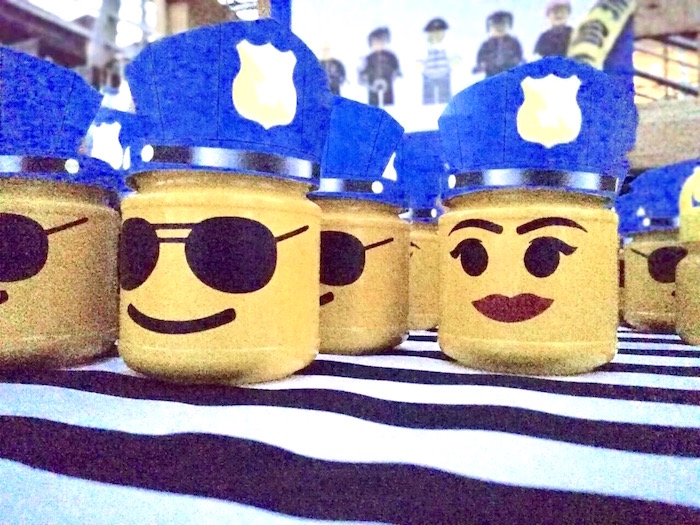 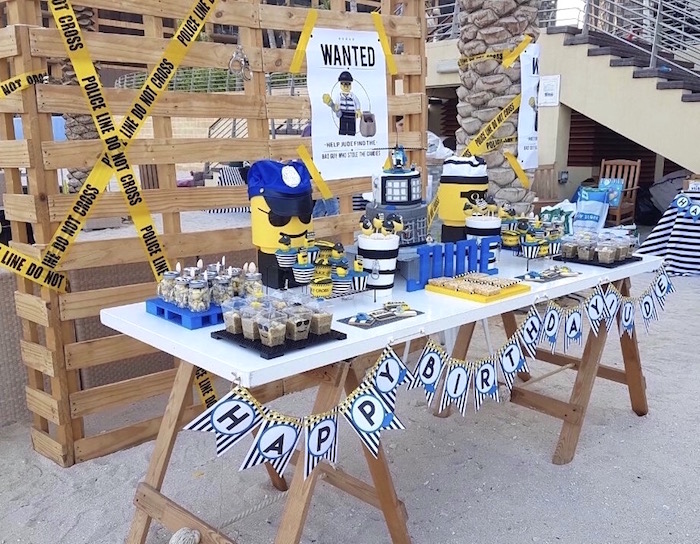 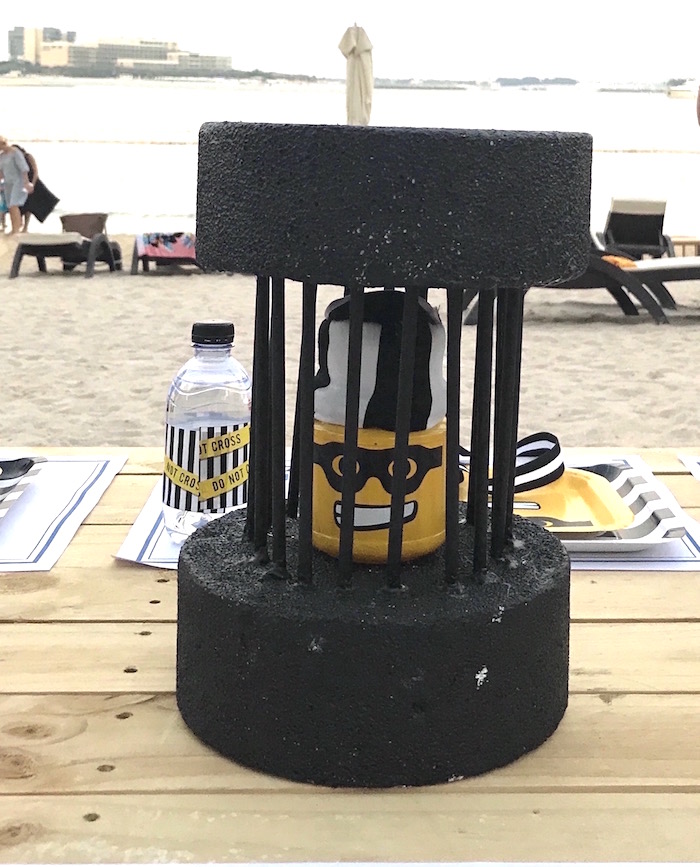 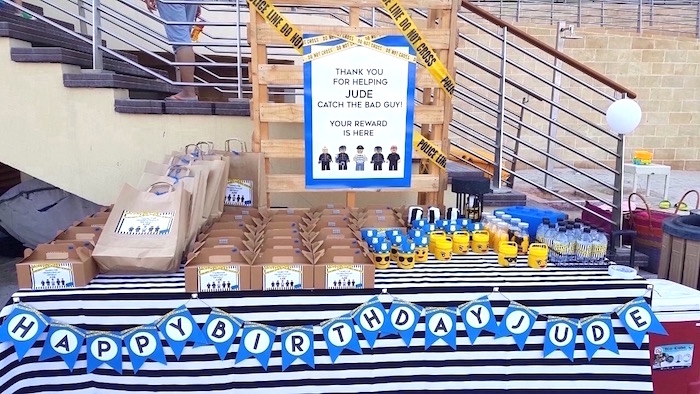 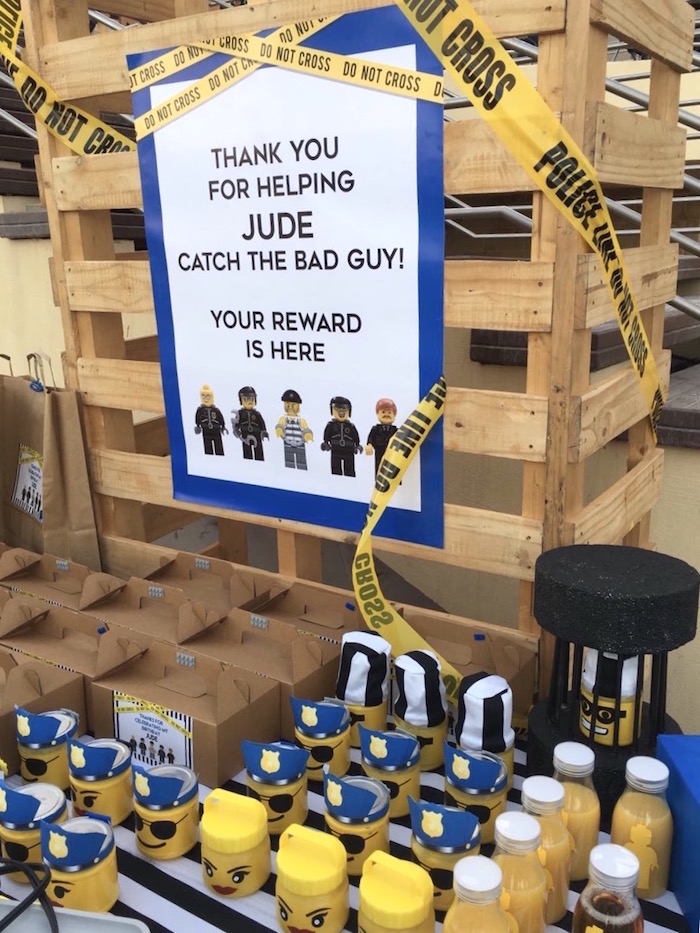 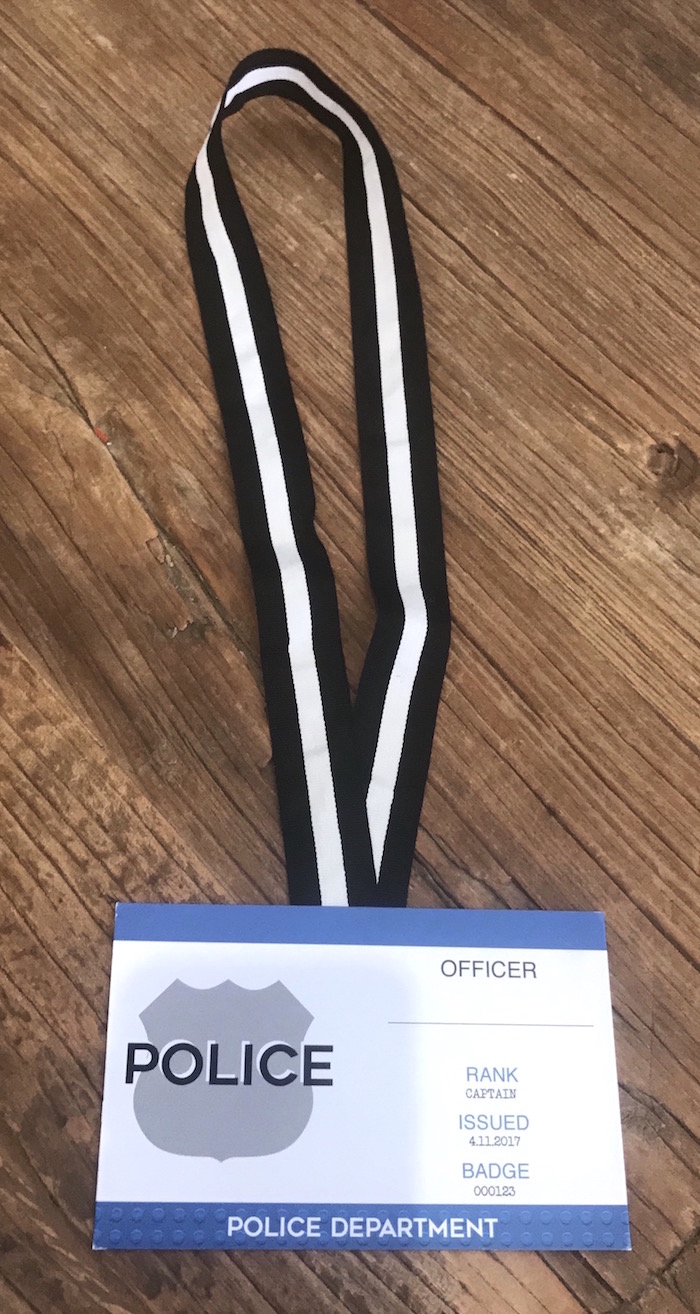 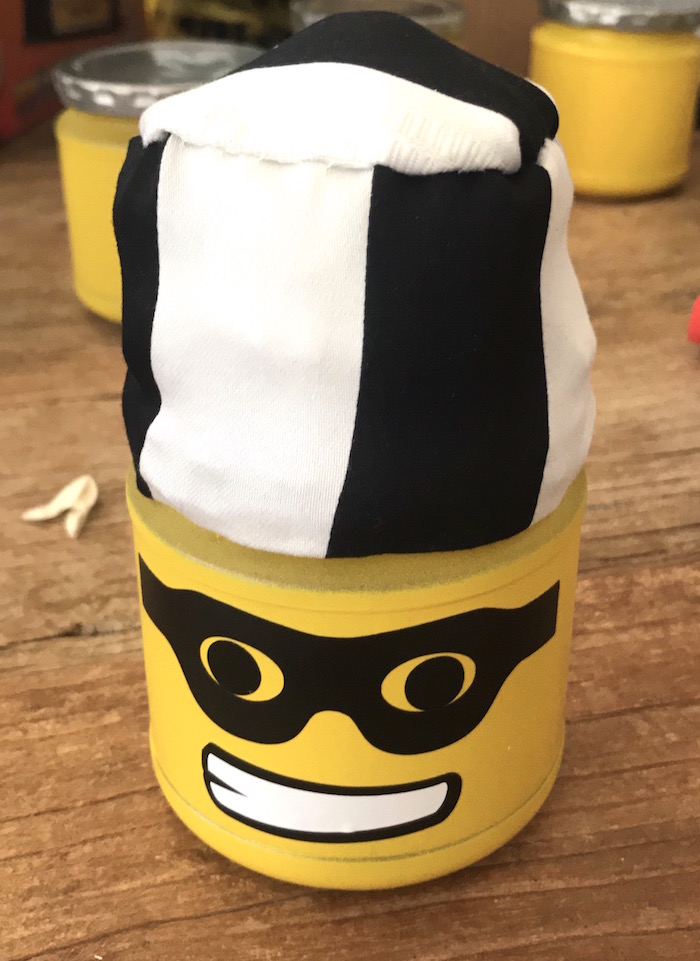 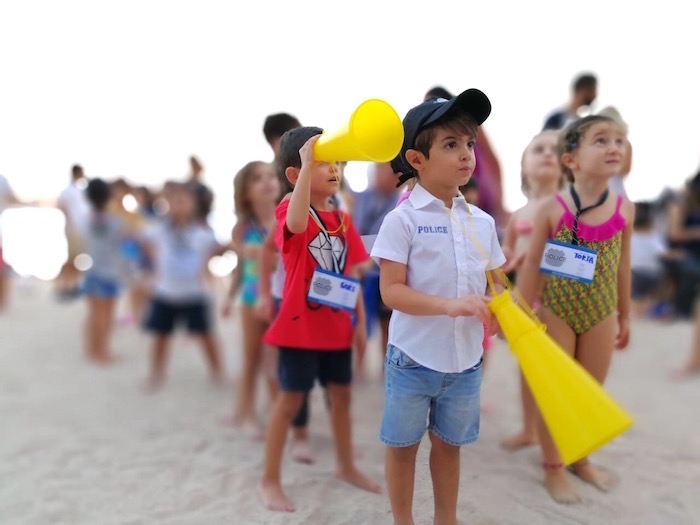 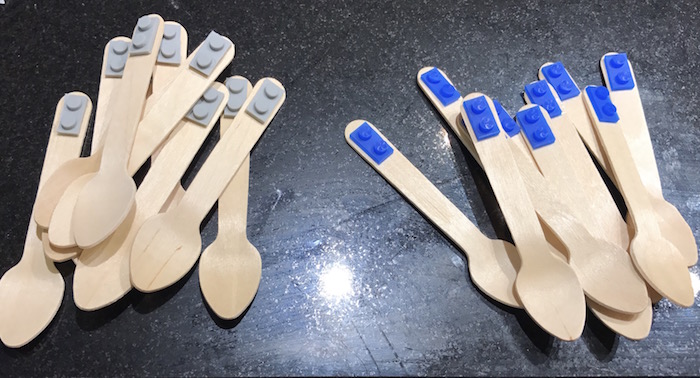 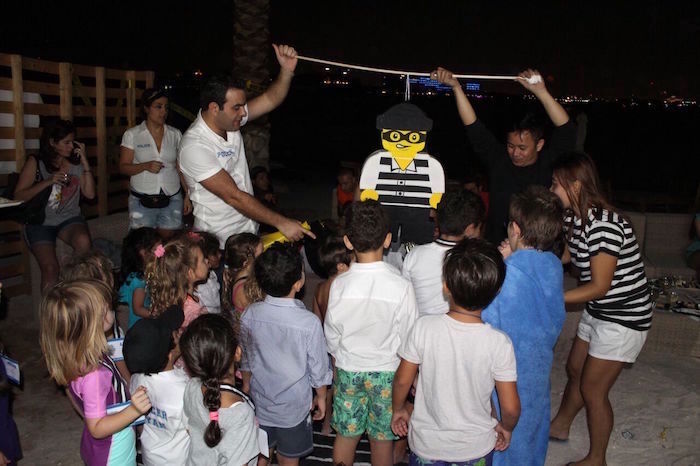 This is what Mirna shared about the party- “My son is obsessed with Lego (we are literally living surrounded by thousands of Lego blocks ). He loves policemen and always says he would grow up to become a police man. So for his 4th birthday he decided to have a Lego police birthday party and I had to abide (do I have another choice ). I started planning almost 3 months before and I knew I wanted Lego police and thief heads for decoration, as the Lego store didn’t have them I had to have everything handmade from Styrofoam. As we live on the beach my son also wanted to have his birthday on the beach. Also, invite his friends for BBQ.

Thief’s black and white hat was my inspiration to use black and white chairs plus table covers. Being a Lego birthday I decided to use Lego plates as my plates on dessert table. For printables and decoration I thought it will be fun if we post some wanted banners with thief picture especially that our piñata was a Lego thief , so we decided to give all kids attending a police badge plus speaker and play some games before we find the thief who stole the candies (i.e. piñata).”

See all of our Lego party ideas here!