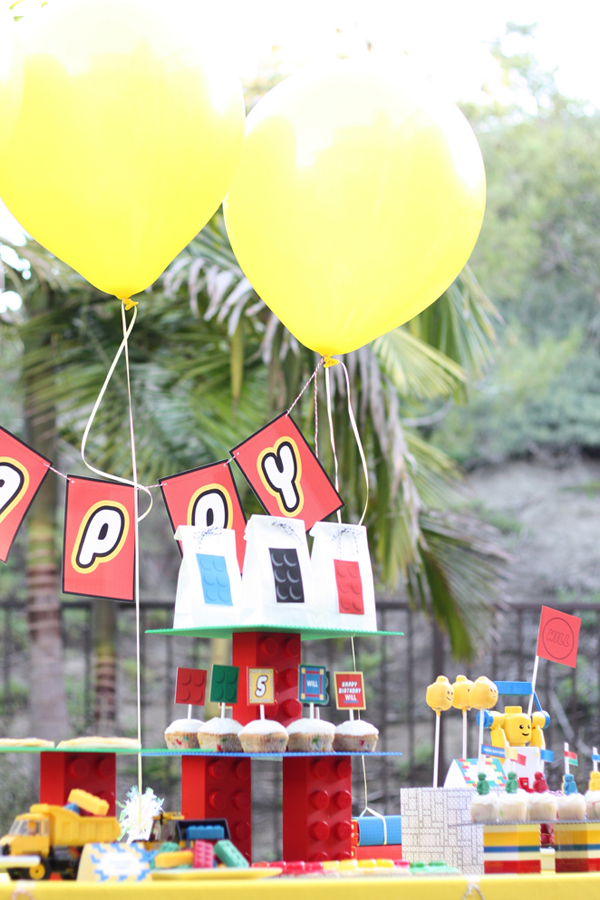 My next feature goes to this super fun LEGO THEMED BIRTHDAY PARTY submitted by Debbie Messmer of Wants and Wishes Design. I’ll start off by saying one thing- my 4 year old would FLIP out at this party…he is obsessed with legos. Debbie did such a great job! I love how almost everything is made out of legos…even the cake stand!

Here is what Debbie said- “I can’t wait to share my Lego Birthday Party Collection and dessert table with you. It will truly inspire you! The best part is, if you are creating a Lego party for for a Lego lover, you will probably have everything you need to create this except for our printable Lego party pack. Our Lego party pack will add that finishing touch to your spectacular event . Our Lego party pack includes: pattern papers, flags, favor toppers, cupcake toppers, thank you tags, signs, banners & garlands and much much more to ensure your party is a success!

The background story of how I came up with the idea is… I was in the Lego store in downtown Disney with my nephew Will. He was pondering over which lego he was going to get, when i saw it… Lego coin banks… and a spark of genius hit me… You don’t need cake stands…. make them out of legos and their fabulous products. Instantly I was excited to get working on the possibilities (which are endless since we are talking about building blocks!) I thought of tiered stands (which you see I used), individual cupcake stands and one layer platters and stands. I LOVED having the Lego banks, which gave a little dimension to the cake stands instead of just all flush legos.

To create the Lego tiers I used Lego coin banks for the base (which are available at all the Lego stores and most toy stores) and then 15” platforms. Note: if you are stacking heavy items it is best to stagger the “Legos” to create a more stable stand. I really liked the Lego banks too because they are flush on top so you can add tape or hot glue them to the platform if want to give it that extra strength. They also, have a rim around the the base, which allows it to fit perfectly and flush to the Lego platforms…. again I didn’t want my cake stand to fall down!

Now for the desserts! They were as fun as the platters I put them on. I had mini figure chocolate cupcakes, Lego & mini figure sugar cookies, Mini figure cake pops, chocolate legos and goodie bags filled with sugary delights. For the Mini figure cake pops with that half smile, the black is hard to replicate so I recommend buying a tube of black shinny frosting from the grocery store. You can apply the mini figure face with a toothpick. It made such a difference as you get the deep sharp black.

The sugar cookie lego building blocks- I search high and low for candies that were round without any holes. Alas, I found them at the dollar store!

We made square cupcakes with Wilton’s silicone cups. They worked amazing!!!! But what all the kids went crazy over were our mini figure mini cupcakes. As I was searching for items for the Lego party collection I came across ice cube trays in the shape of 3×2 legos and mini figures. I had great hopes these would work and they did like a charm! I attached a flag from our lego party pack with the chocolate mini figures. (the ice cube trays you can find online at amazon and the Lego theme park store in San Diego sells them as well)

I found little mini figure lanterns at Toy R Us and couldn’t pass them up! They made the best little “cheerleaders” holding a lego sign of the birthday boy’s name (they even light up).” 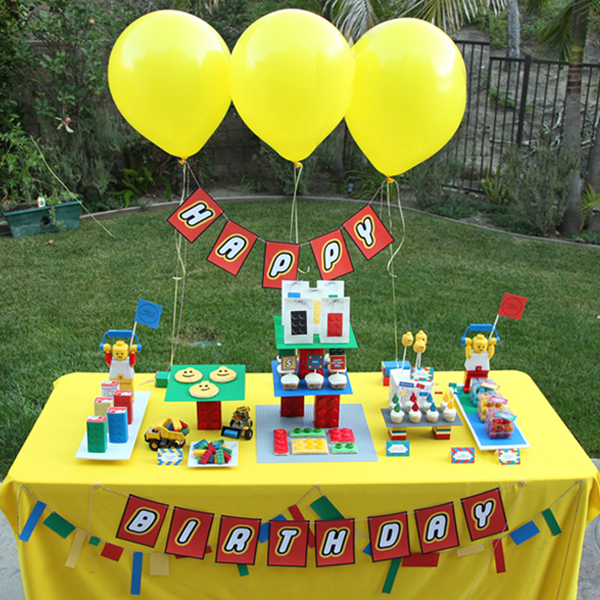 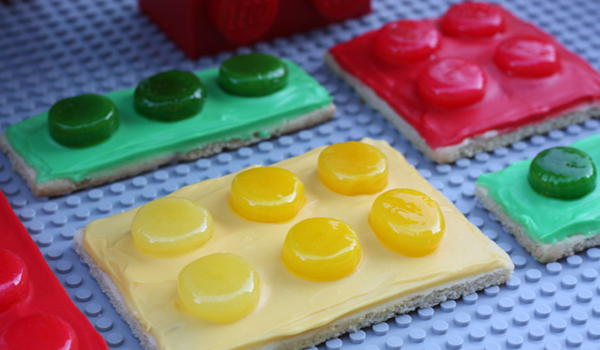 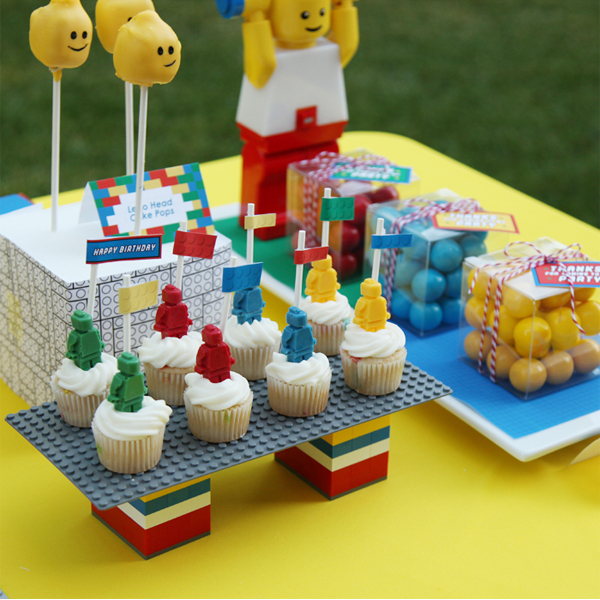 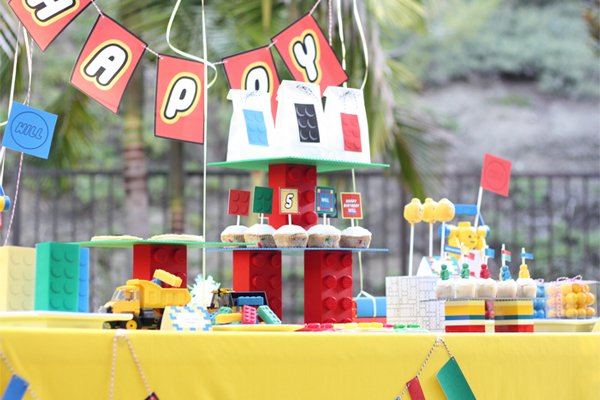 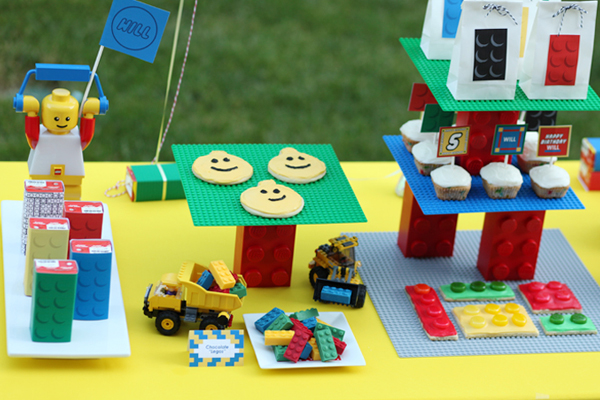 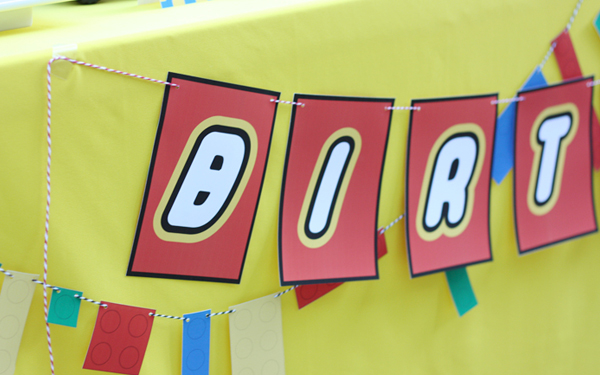 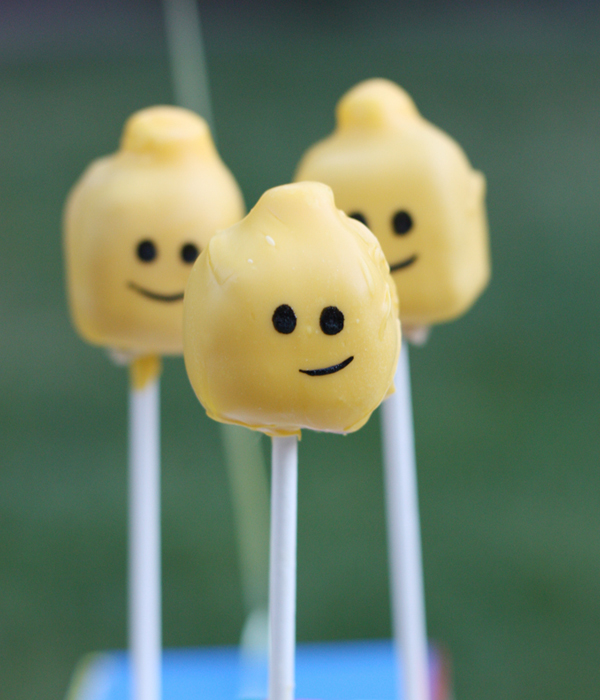 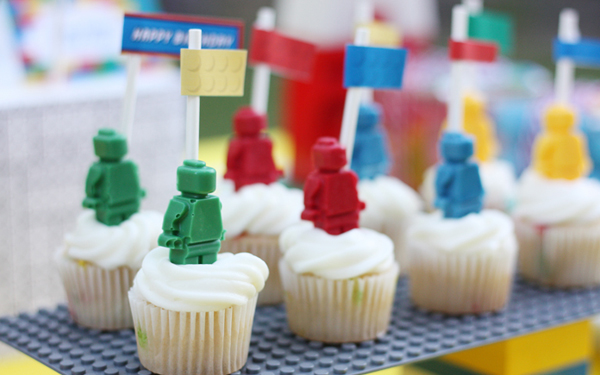 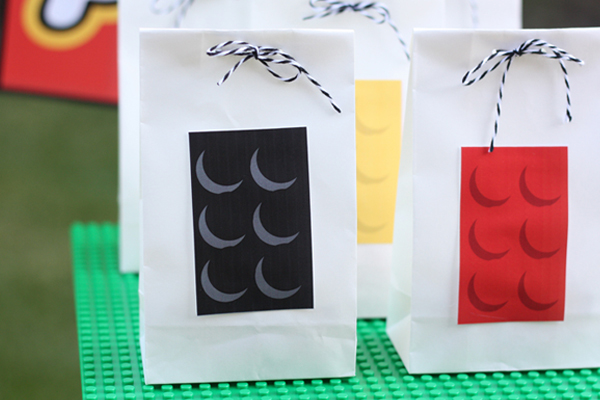 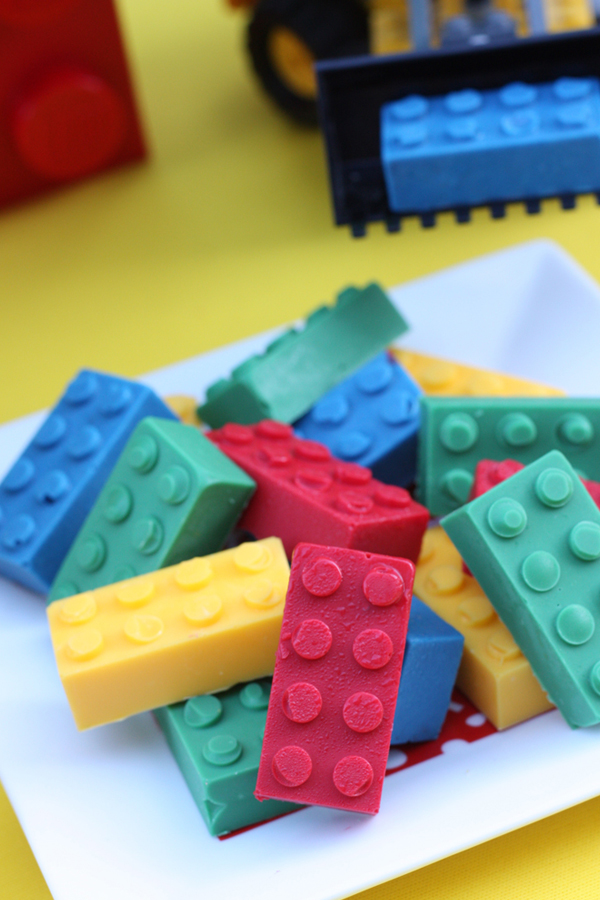 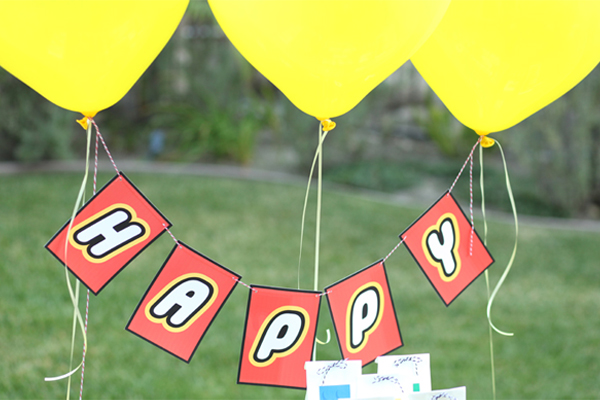 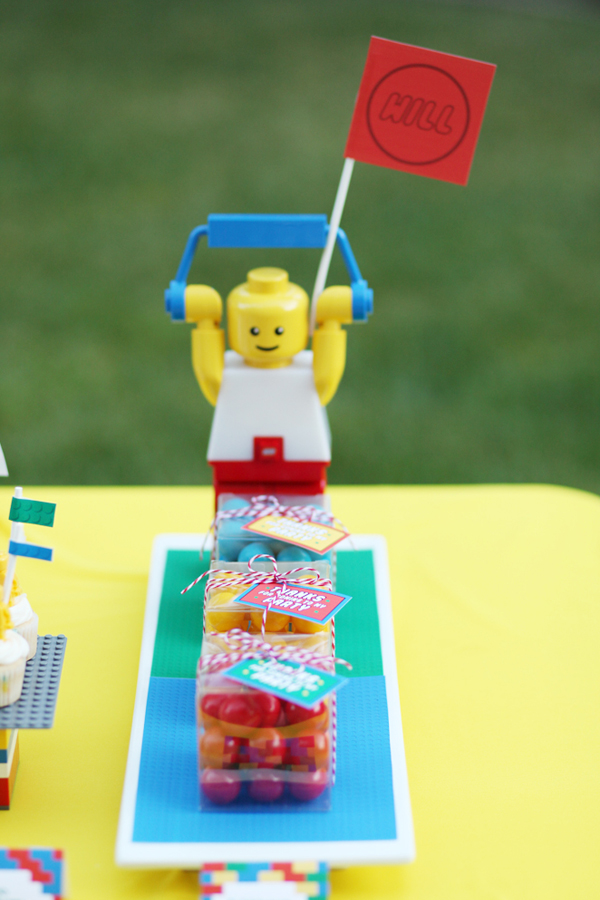 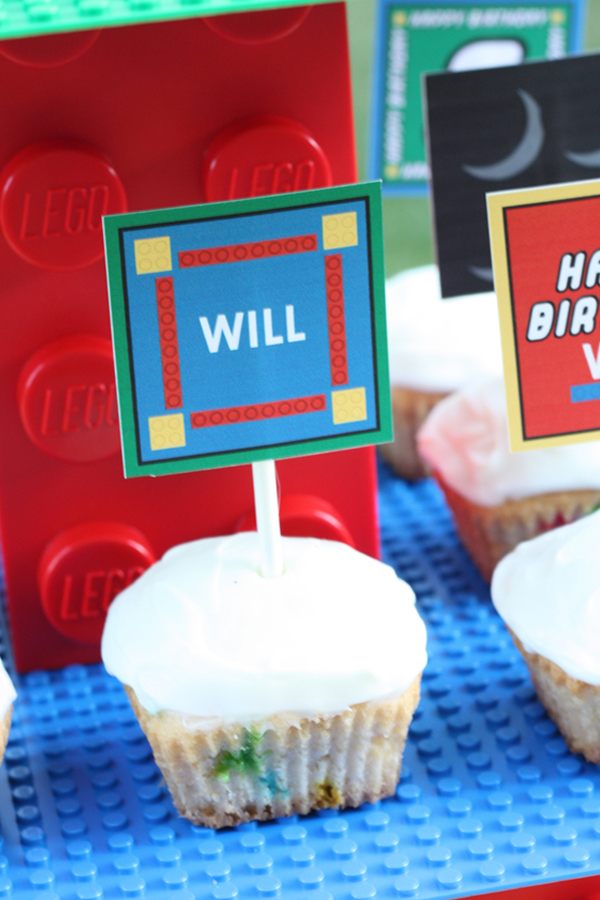